Video: Bike Park Laps in Morzine with a Mac Ride

Running a business is hard work, but when we get the call to go shred, no is not an option. Luca takes a break from the office to shred Super Morzine with Resort Manager Tom Hardman. Dad Ben provides the lift with the genius Mac Ride system. 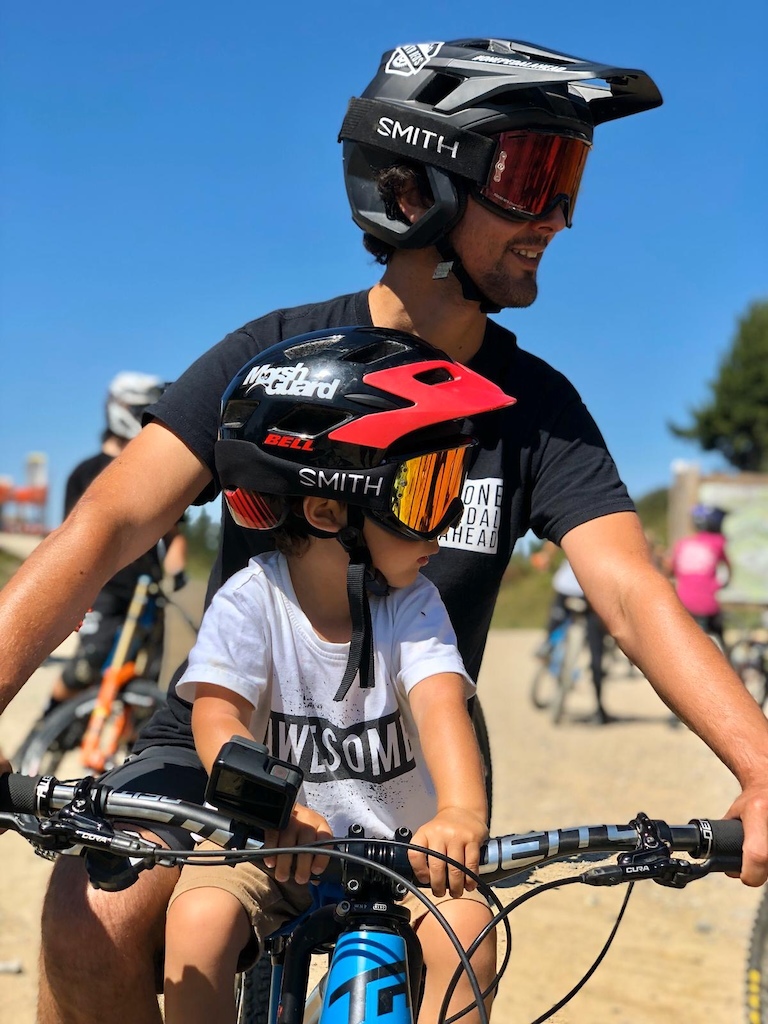 We are a company growing up with young shredders in waiting across the team. Sharing your passion with your kids has to be one of the most rewarding things a parent can do. Make sure they're enjoying the moment as much as you are and cherish the memories! 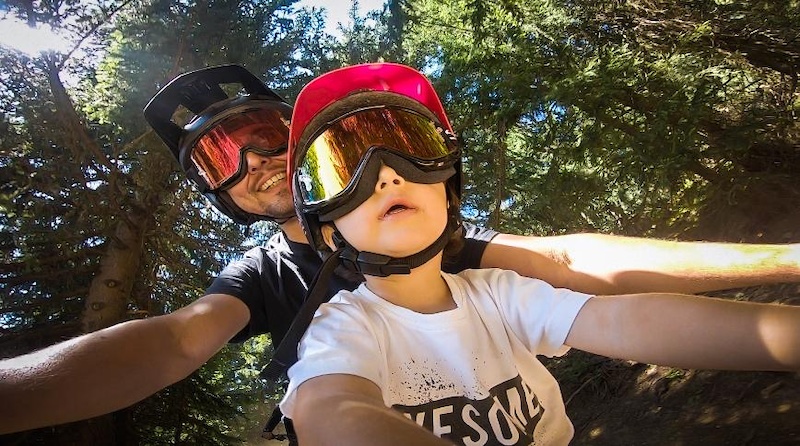 BikesBoatsNJeeps (Dec 22, 2019 at 6:11)
My kid loves her MacRide. We hit local trails on the way home from daycare when its not cold and dark. I credit it with making her good on her balance bike, she just knew how to balance right away.

DeepWoods831 (Dec 22, 2019 at 10:46)
MacRide! Best bike purchase I made this year, my son loves it and bringing him along allowed me to get out on the trails more than I have in years. He gets a kick that everyone we pass on the trail is always super stoked for him and some kind strangers even helped me get him thinking his helmet is the coolest thing ever so I’m not having to struggle every time he puts it on. Brings a smile to my face every time he asks to go ride.

Urwho (Dec 22, 2019 at 10:09)
macrides rule! if your thinking of trying one you wont regret it ... sharing the ride with your little ones is the best...they work great and you will feel way stronger on your next solo ride too

dobmaster (Dec 23, 2019 at 3:15)
The macride is a amazing product, it alowed me to ride way more and no body was left behind to watch on our yongest freeloader. Riding with him also allowed us to generate some good teamwork, comunication and trust. You van ride pretty much anything but take it easy on jumps and drops as its no so much the landing but the takeoff that can be tricky. They need to be ready and have there arms stiff (really stiff and string) or else they will get the stem in the face once you start pulling up on your handlebar. No other bike parts have ever made my ride so enjoyable ????

Bobbyd82 (Dec 23, 2019 at 8:09)
Best bike related purchase I've made this year. My daughter loves riding with me and going through the rocks and bumps. If you are on the fence about getting one, pull trigger. You won't regret it.

orangealot (Dec 22, 2019 at 5:44)
Came straight to comments and to my surprise no one had comment yet, so here I’m. I just know this video must be great, just having a kid shred is great by itself, well I think that’s what this video is about. Now to see the video.

shred-zilla (Dec 22, 2019 at 21:52)
I like that this is a way to get kids out shredding. For those with younger kids please look into the Thule Yepp Mini seat. I have that for my one year old and he loves it! It also gives us peace of mind knowing he is much safer in this seat than any other

tripleultrasuperboostplusplus (Dec 22, 2019 at 17:16)
My kids are now too old for Mac Ride. But we're buying PARK PASSES next season, bitches!!!

JamesGTi (Dec 22, 2019 at 7:05)
that looks so fckin unnecessarily dangerous it's unreal... not even a full face helmet for the kid man. I'd sooner get the kid riding his own bike before doing that

derekr (Dec 22, 2019 at 7:42)
Full faced helmets don’t work for small kids as they are too heavy for their necks. This dad was clearly keeping a safe speed...

jeremiahwas (Dec 22, 2019 at 8:26)
I’m on my 2nd Mac Ride and hit my trails with my boys. As long as you keep the speed in check (so you don’t crash) and don’t go off any jumps or get too unweighted (so when you land their face doesn’t contact the bar) it’s safe. But then, I don’t want my boys (I have three) to have a too-safe childhood anyway.

79er (Dec 22, 2019 at 11:41)
Personally I'm not a fan of the Macride either as there's nothing stopping the kid flying forwards if you had a sudden stop, and sadly I've witnessed such. Before anyone says it, the rider was skilled, but you can't stop or foresee accidents happening... Myself and the afore mentioned Dad now both run a Wee-Ride which has a full harness but 99% the same full sensation of being up front in the cockpit feeling the ride. Not being a killjoy, I'm 100% all for kids getting out on the bike, but for me it's too precarious without a harness and a full face. Peace out.

79er (Dec 23, 2019 at 6:22)
@jeremiahwas:
@jeremiahwas:
I'd love to see the logic in that, but I just can't. Id rather my kid wasn't able to catapult forwards head first?! Maybe that's just me.
I reckon through all this hyperbole, the only safe thing is to ride steady, on mellow trails and irrespective of the seat, the kid should have a full face on.

jeremiahwas (Dec 23, 2019 at 8:16)
@79er: The 'logic' for me, if there is any, is this: In the old days when we were actually clipped into the bike (when I was a kid) crashing was extra special bad because your shoes and in the really early days, hiking boots, were stuck to the pedals in a crash. Just as with skiing, if you're bindings are too tight, the crash is worse. Bikes kind of do what they want in a crash and I'd rather my kid isn't attached to it for the ride. Also, picture a kid that's attached to a seat landing on their head and the weight of the bike driving its mass and the kid's body mass behind it vs. a kid being thrown free. I do see the not wanting them launched forward aspect for sure. No one wants their kid hurt in any crash and there isn't a perfect solution.