Video: BoostedBryn Gets Buck Wild on the Starling Swoop

Reece Richards.. what a guy.

Commonly known as BoostedBryn from his Instagram name, Reece is from Bristol in the UK and I’ve been meaning to try and shoot something with him for a while now. I kept seeing him sending wild gaps on Instagram and knew he would cut the mustard for a wild P&Z video. Lucky for us, he got offered a ride from Starling Cycles last year and headed over to NZ to bed ‘er in, once he returned (and the worldwide pandemic somewhat calmed down), Starling’s big dog Joe McEwan brought us together down south and we got down to business. 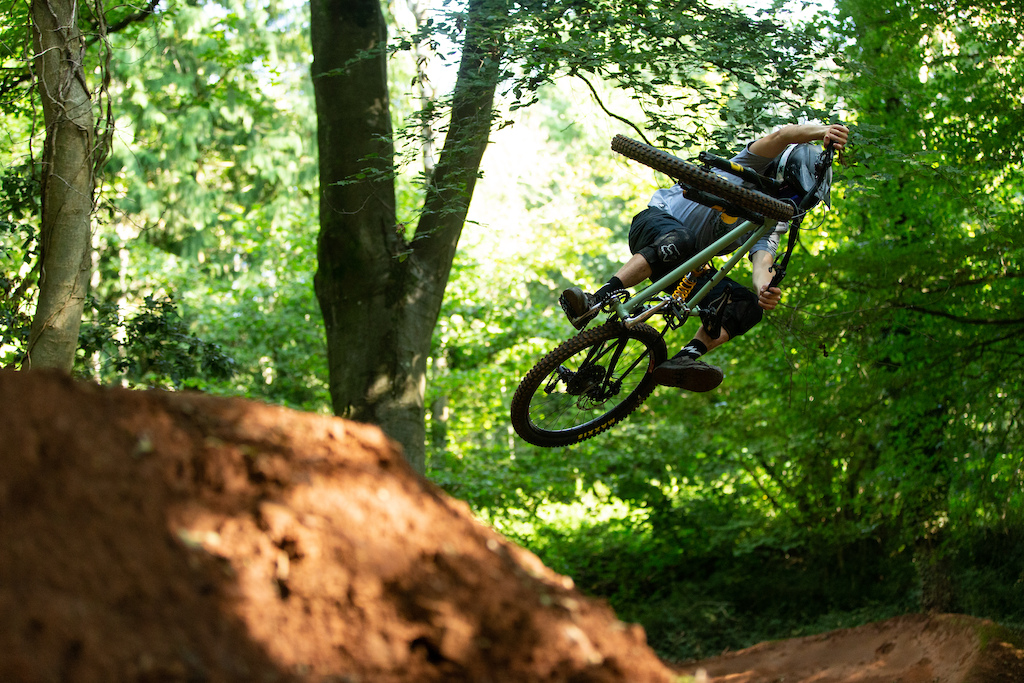 As well as being pinned on the Starling Cycles Swoop, Reece was handed a Starling Klunker and a wild fancy dress outfit (not sure it was fancy dress for him though, just the norm) for us to give a good beating and grab some attention. 60 psi, dangerous drifts and sore wrists ensued. And also lots of laughs.. and very strange looks. He actually convinced a chap (fully in character) at Belmont that he was legit looking to send the biggest gaps on it. Said chap was very worried for his safety. 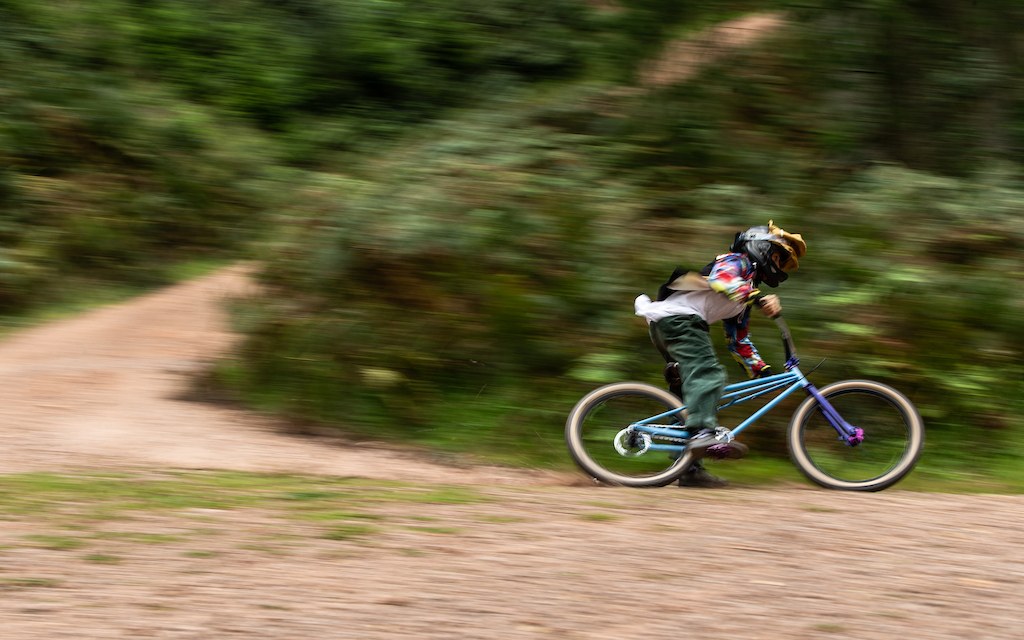 Exactly as dangerous as it looks. Such a contrast to the norm.. and lots of fun. 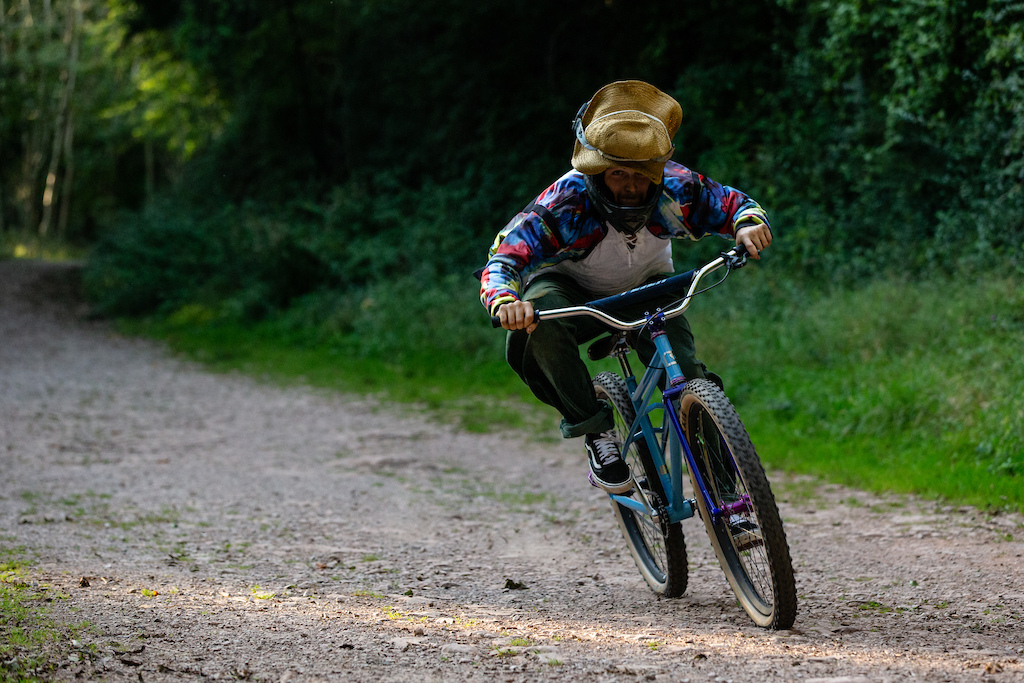 Hold on tight, once she gets up to speed, she likes to stay there.
Making the most of the last of the summer, we headed to some of the Southwest’s finest spots where berms were concrete hard and tech was loose and dusty. 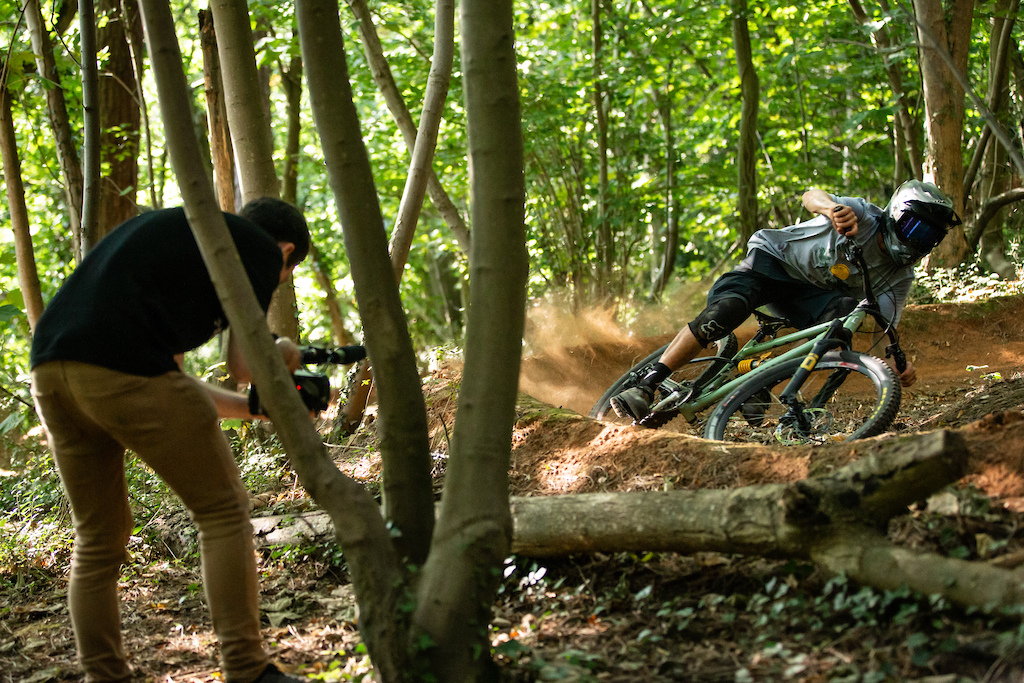 Find a good looking corner, and go mach 10 at it. 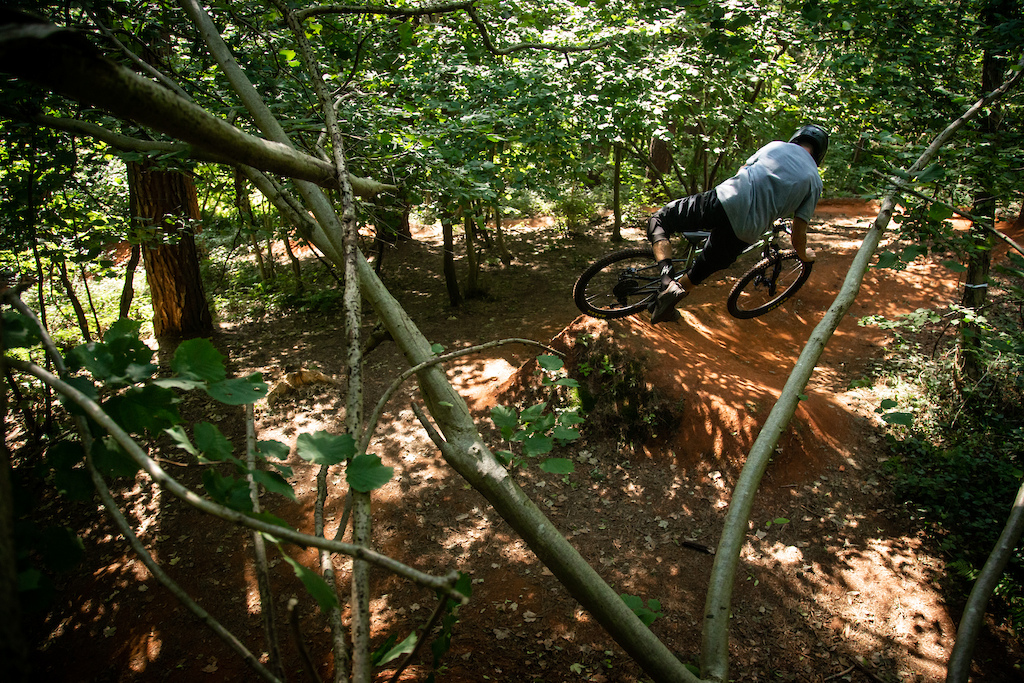 Floating through Belmont on a late summers day. 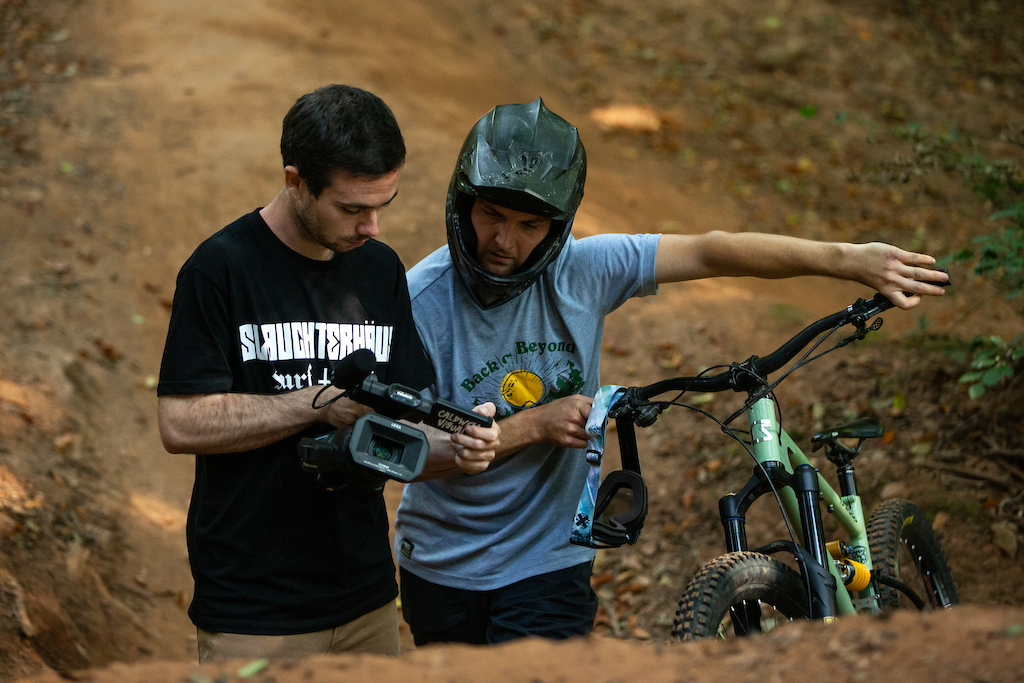 Reviewing some P’s and Z’s. It’s always really good (and efficient) to work with a media-aware rider who knows the score, what looks good, and how hard he needs to push. 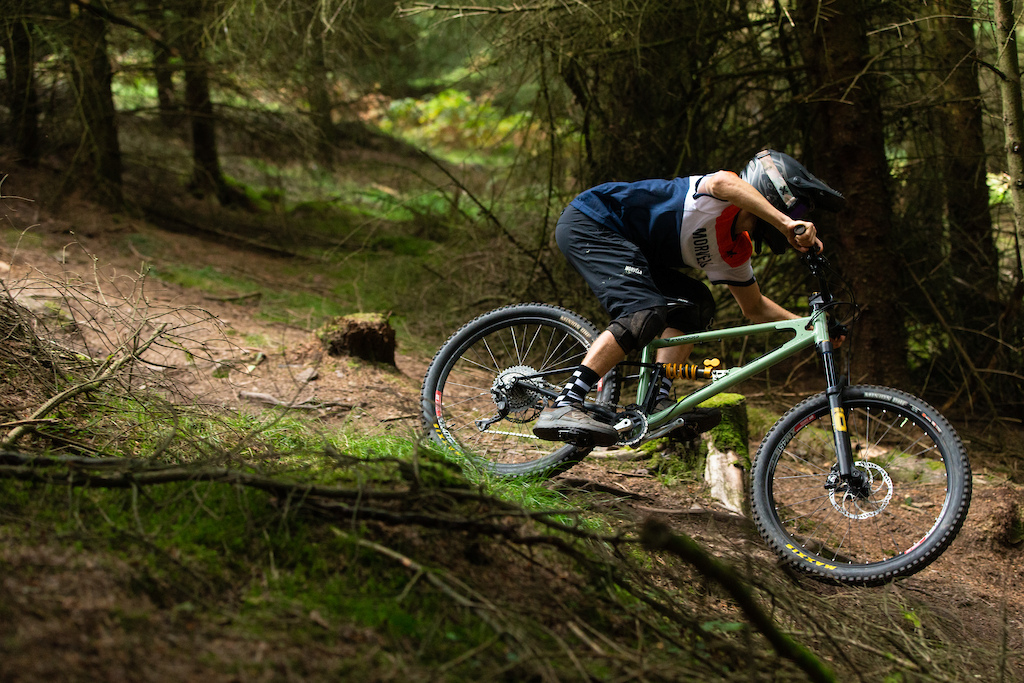 Descending into some Triscombe tech, the Swoop poised to attack. 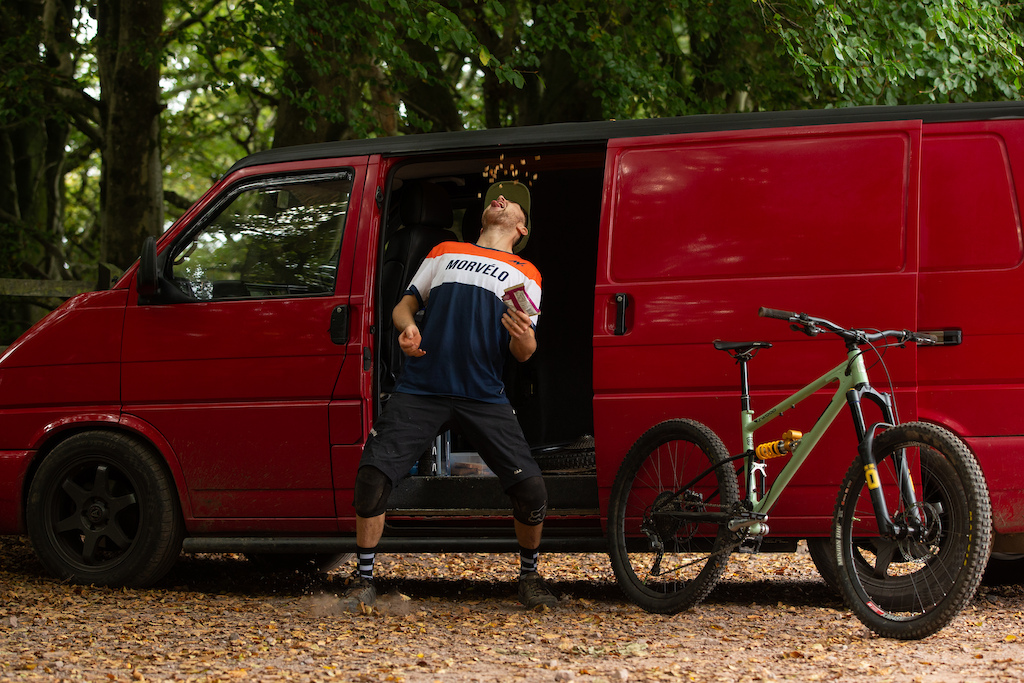 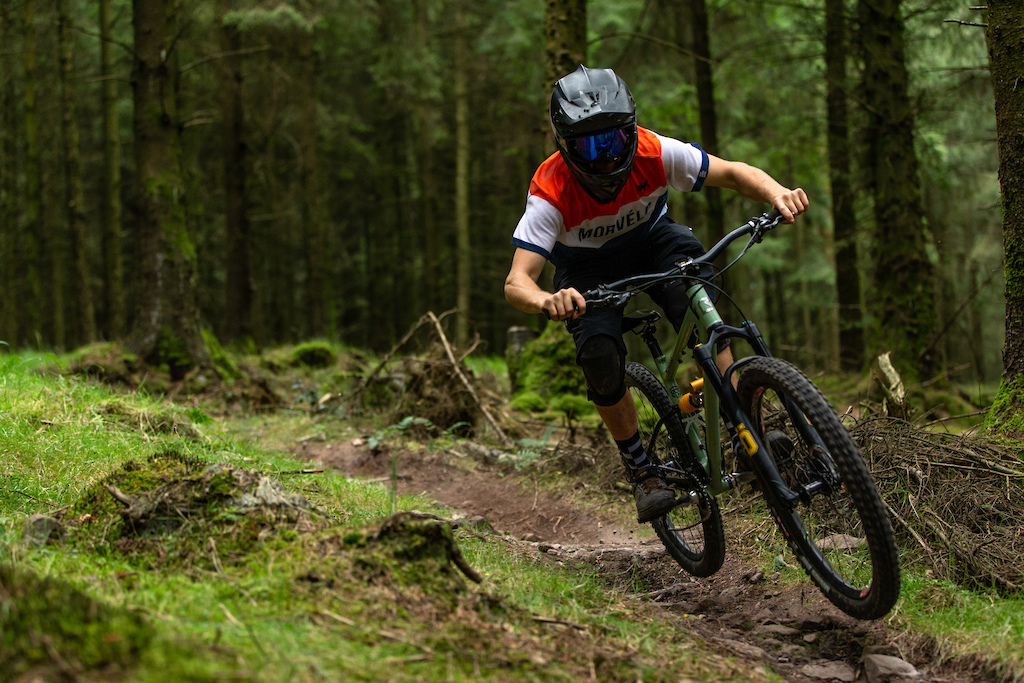 Bouncing through some of the old school DH Triscombe has to offer. Proper rough and raw. 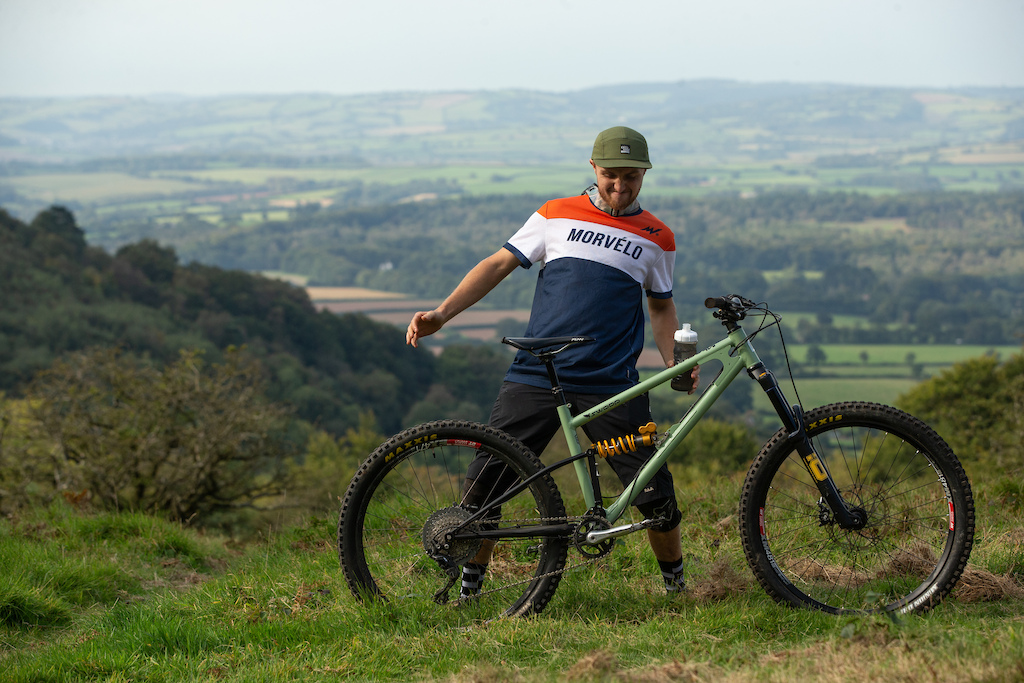 The man himself, BoostedBryn. The nicest of chaps and always keen to send and give the Starling a battering. Cheers to Starling Cycles for making it all happen, along with Belmont trails. Ciao ciao.
For those of you who don't know, Starling Cycles handbuilt stupidly fast steel full-suspension frames from their HQ in Reece's hometown of Bristol. In the video, Reece is riding the Starling Swoop - built with 27.5" wheels, 160mm travel and with a custom butted Reynolds 853 frame. 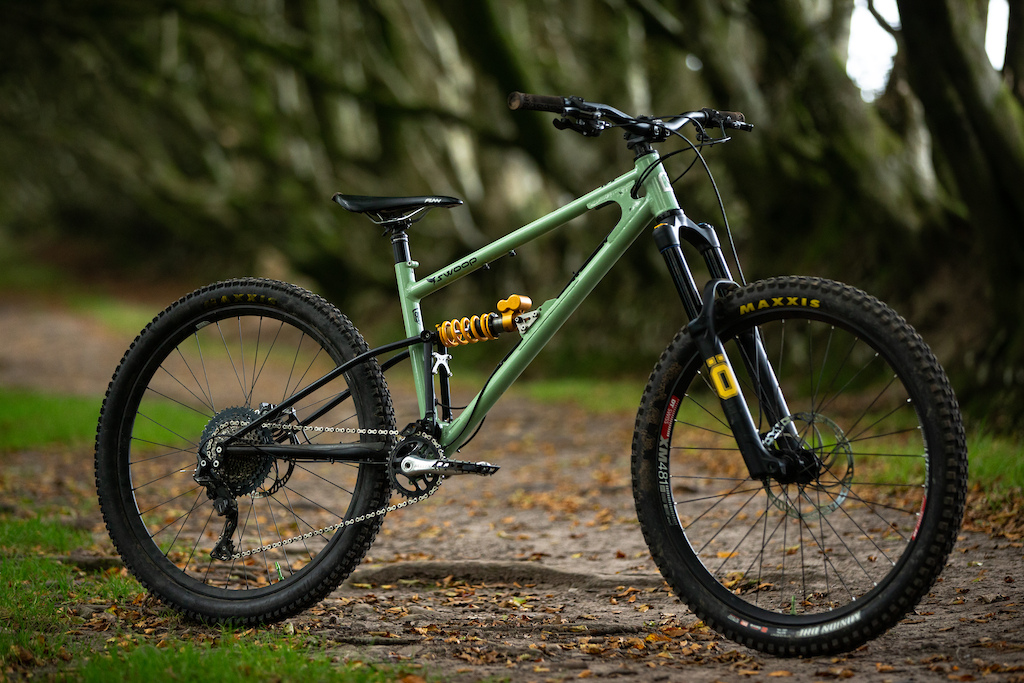 "The simple, single pivot is so 1999. It won't keep up with modern, patented designs"

"Its way too flexy. You need a stiff ride to navigate rock gardens"

"Steel is so heavy. You can't ride a bike over 30 pounds without an uplift"

cornwallfreerider (Oct 23, 2020 at 10:41)
Thank f**k this was posted on a Friday and I only have to wait till tomorra to go get shreddy because this video (as with all Tommy C's films) makes me want to go ride my bike and get rad in the woods.
Another belter.
P.s where does one get caldwell stickers then?

caldwellvisuals (Oct 23, 2020 at 15:14)
Cheers chap! Good to hear. Have a good rip round the woods tomorrow. Message me your deets and I'll sort some out for you no probs.

ProperPushIrons (Oct 23, 2020 at 5:39)
Oh ffs. I just finished a frame, super stoked on the colour. I come here and there’s a bloody Starling exactly the same

hamncheez (Oct 23, 2020 at 13:36)
@fartymarty: So the murmur has a pretty flat suspension curve, with a slight regression at bottom out. Everyone says thats a terrible recipe for a coil. You disagree?

hamncheez (Oct 25, 2020 at 13:38)
Serious, can anybody address the supposed incompatibility with coil shocks? The industry says they should be terrible on these bikes, but everyone is shredding on coils. Any feedback/review on a coil Starling? I'm considering getting one.

Coil or air? Giving this a repost to help a few customers that have been in touch this week.

The more I've used coils the better I think they are on my frames. I’ve had one on my bike for nearly two years now, and all my race team are on @ohlinsmtb coil shocks.

Popular wisdom is that they don't work on frames with linear leverage ratios. But I disagree... Air shocks are stiff at the start of the stroke whilst overcoming stiction, they then go soft and lack support mid-stroke, then ramp up in last third of travel.

A coil is super supple at start (for fantastic traction), then provides great support in the middle (as you can run a slightly firmer spring as there's less stiction to overcome). An air spring does slightly stiffen in the last third of it's travel, but it's only by a small amount.

But my frames don't have a harsh bottom out anyway, and the new @extremeshox Storia V3 has a hydraulic bump stop.

Additionally, coil shocks have more space internally due to a smaller shaft. This allows more space for internals and more oil flow, so better damping through the throw of the travel. ..So coils for the win!

mountainsofsussex (Oct 23, 2020 at 7:48)
@SamClarke96: rode Triscombe on the way home from the southern champs in Minehead last year. Loads of trails concentrated together. Not super steep but rocky and rooty in a good way. Bumped into some really friendly riders too.

GGas (Oct 24, 2020 at 7:36)
@mountainsofsussex: yup, Triscombe has some amazing trails, used to be an uplift service there years ago, now we just take turns in driving the van back up the hill, also the stuff nearby on the quantocks is superb
Post a Comment