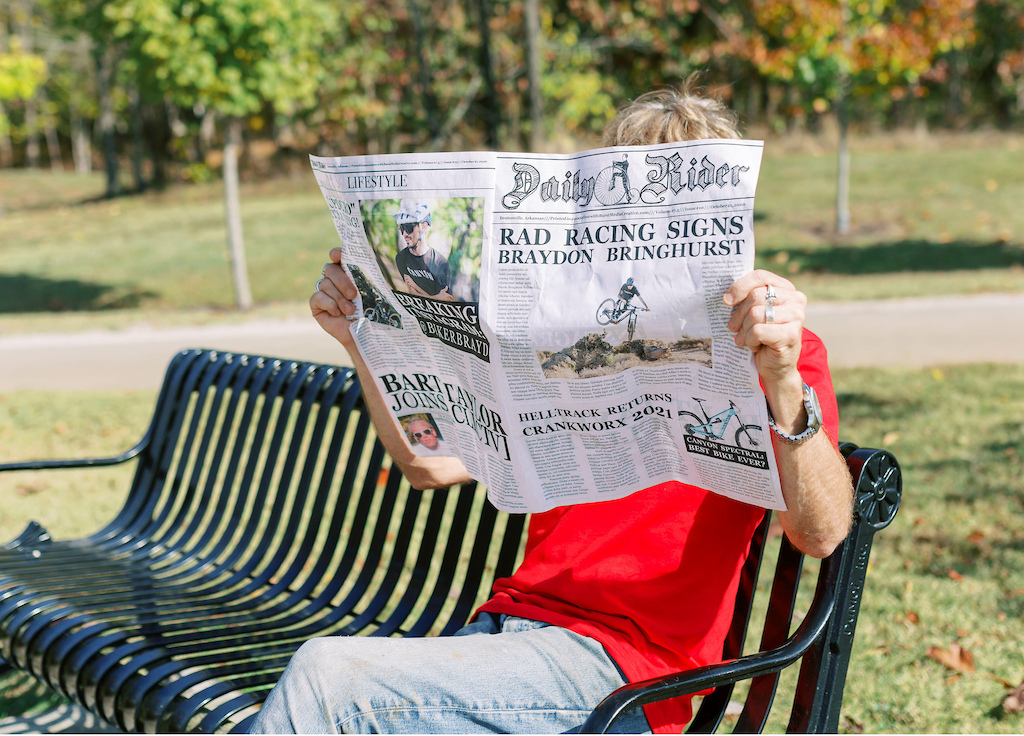 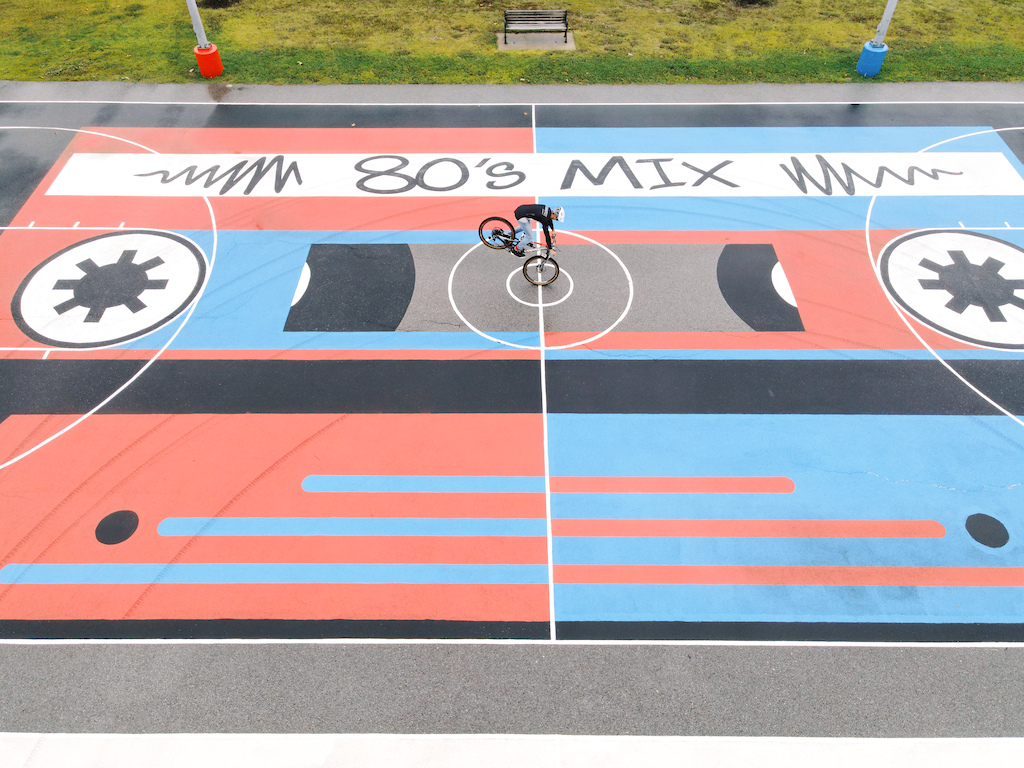 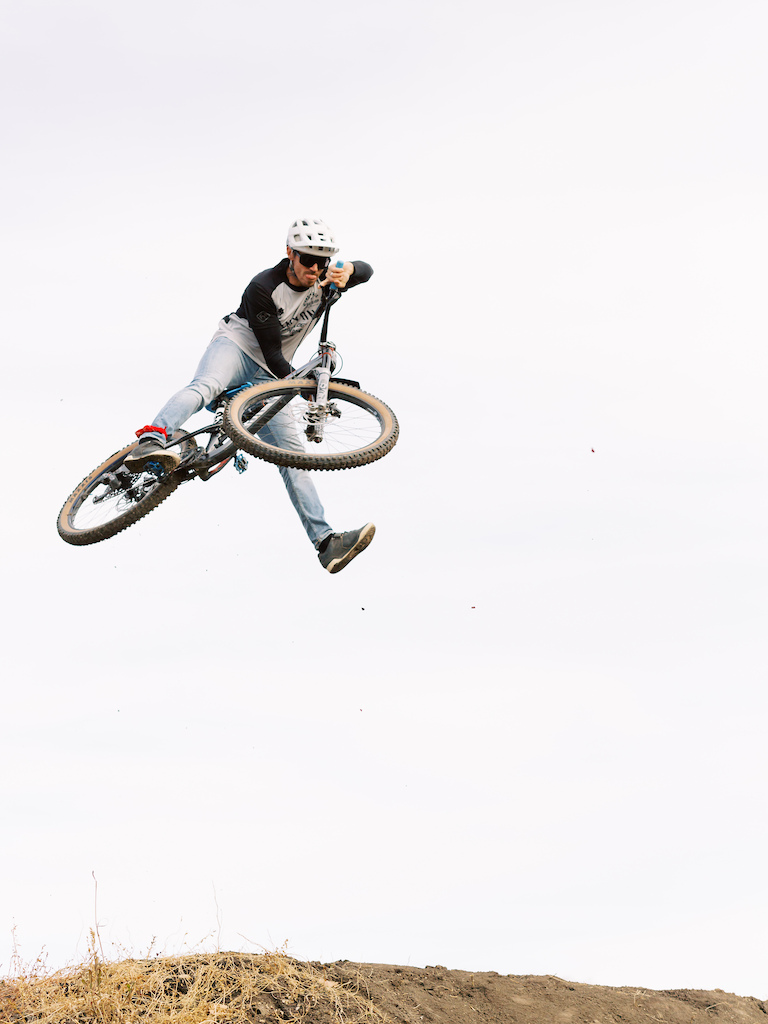 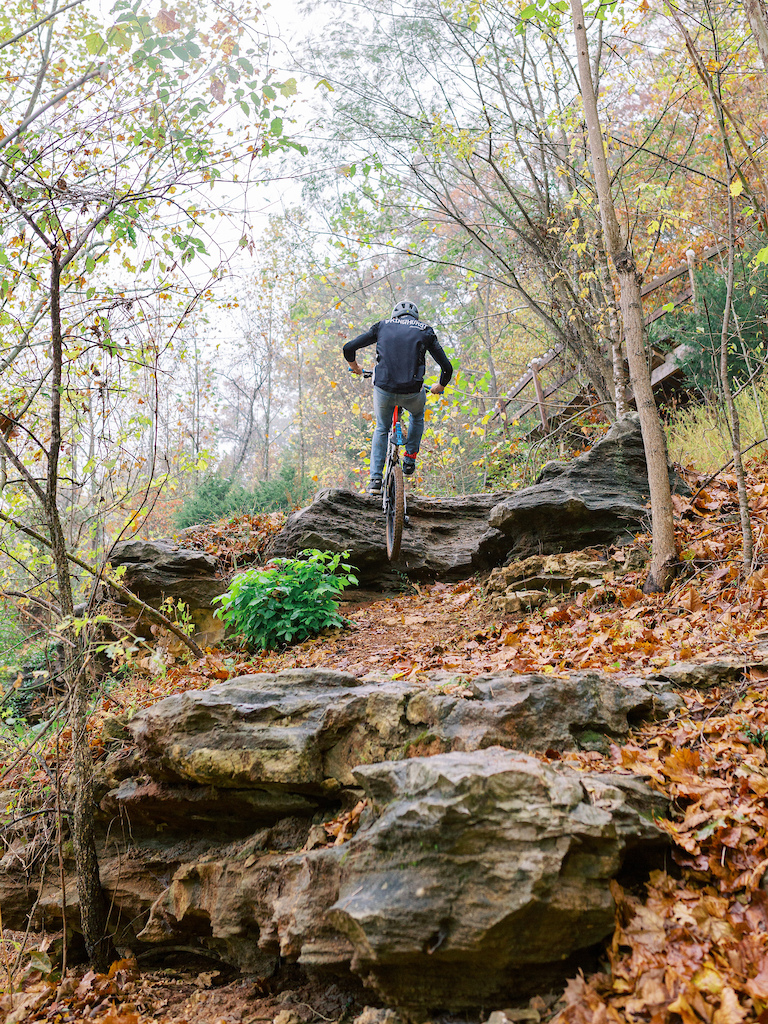 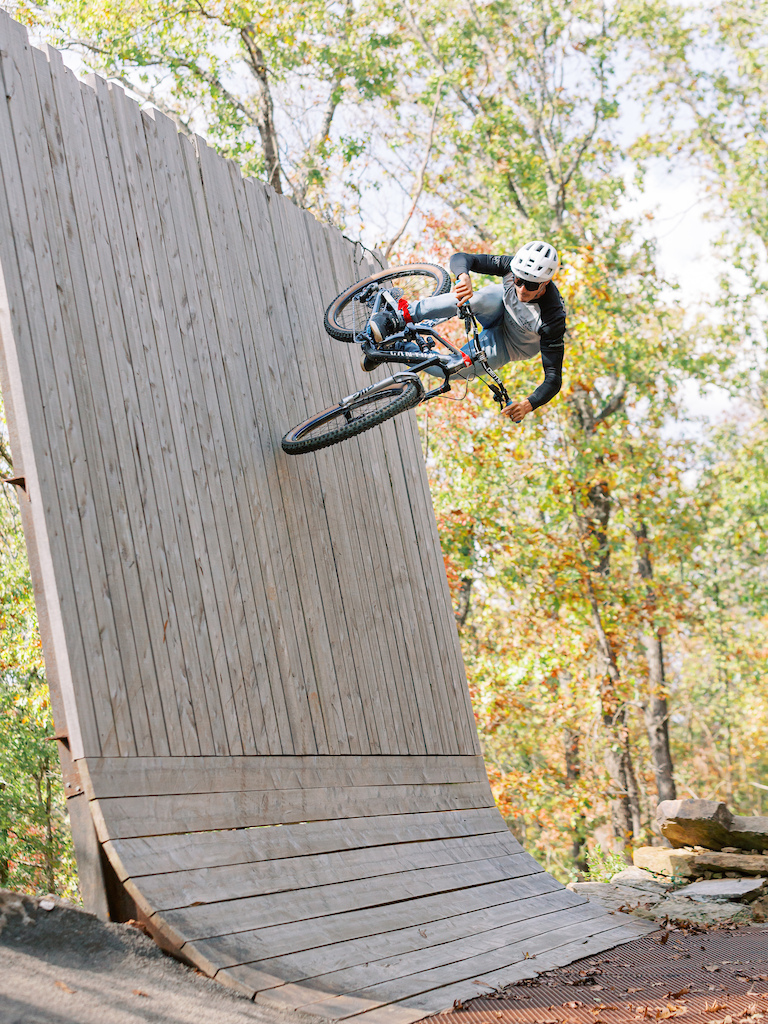 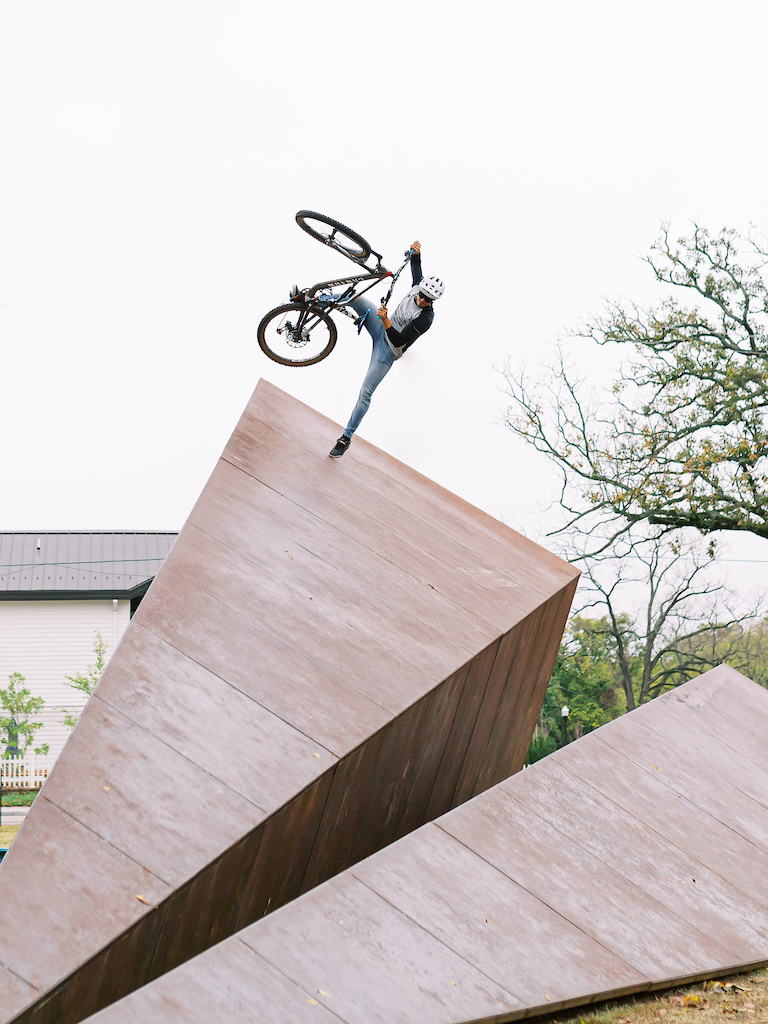 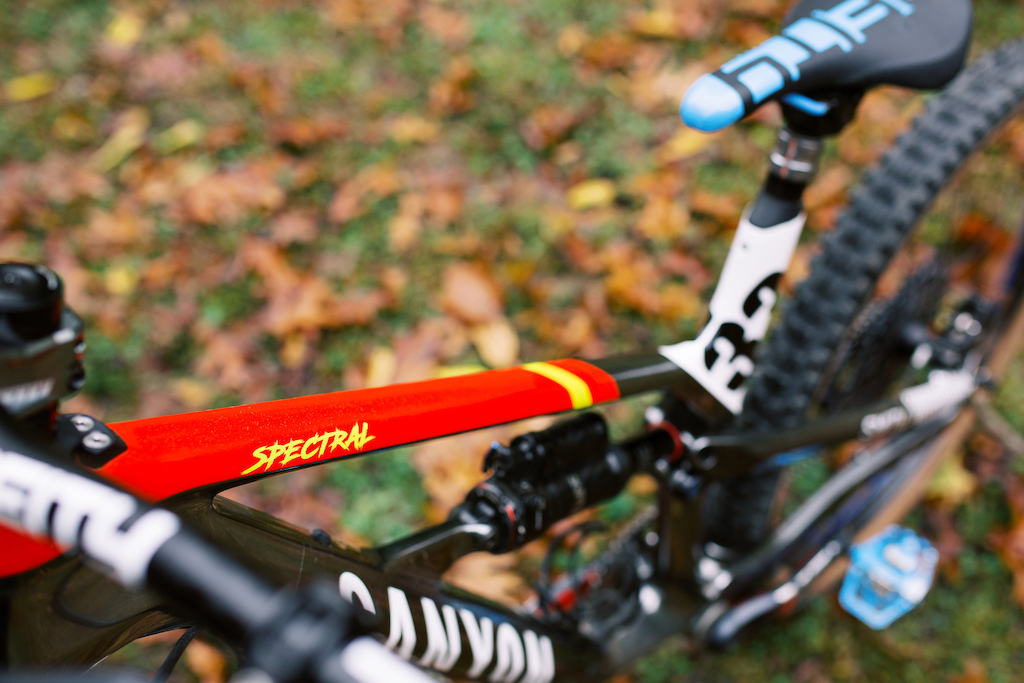 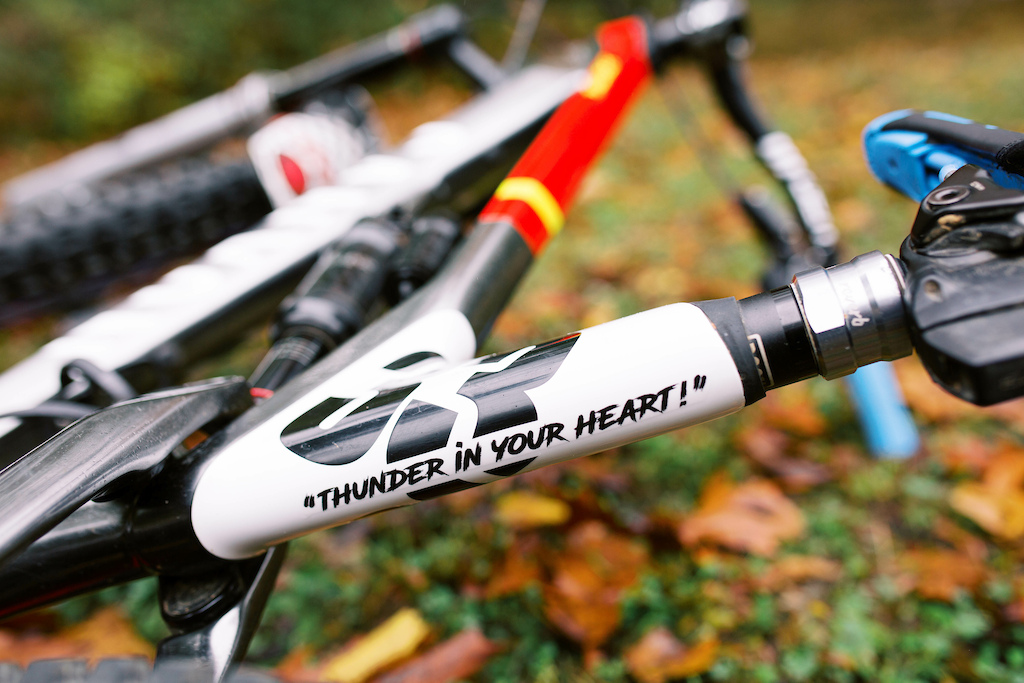 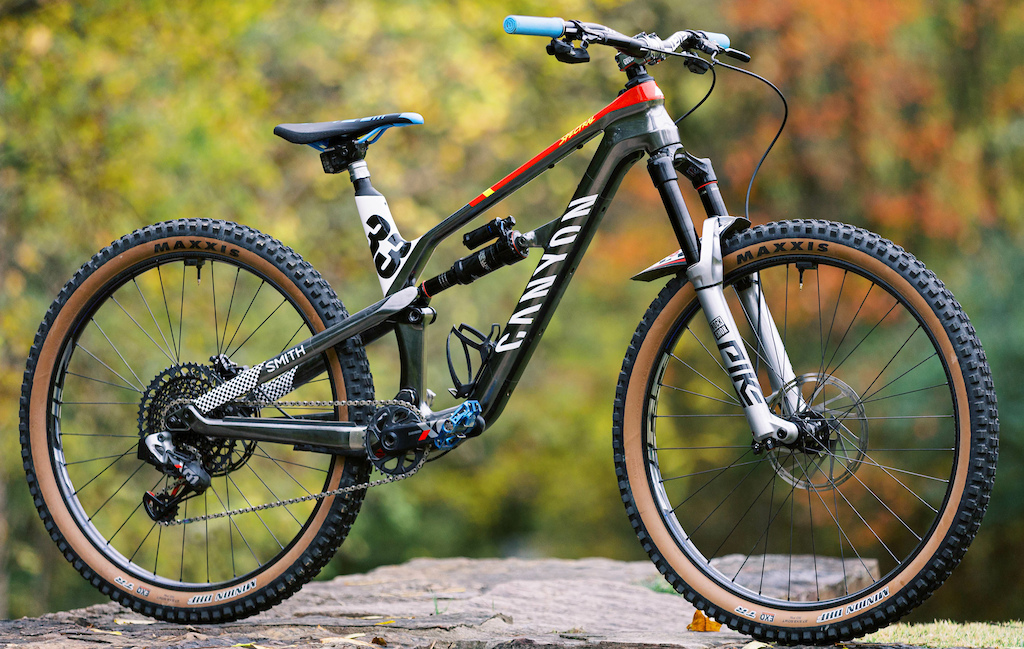 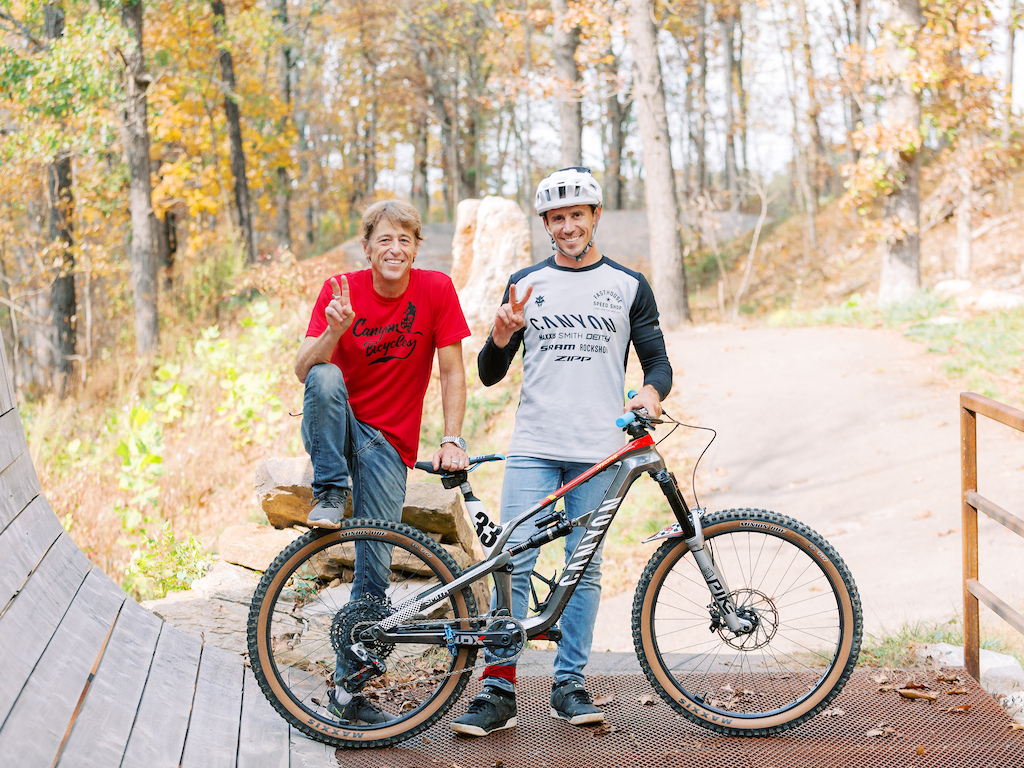 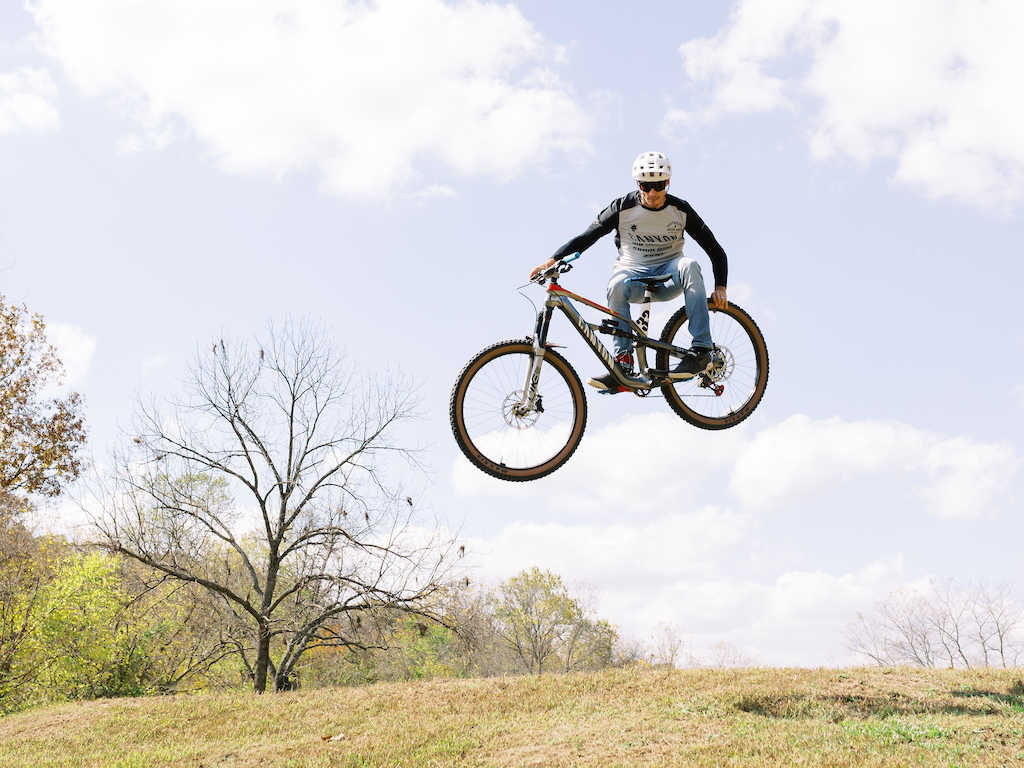 “I hope my tribute video gives viewers the same inspiration ‘RAD’ originally gave me as a child,” says Bringhurst, “To be inspired to ride, and have fun on your bike.”

briceshirbach (Jan 12, 2021 at 5:51)
Soundtrack, riding, and style all check out. Awesome stuff. Braydon is good for mountain biking.

BamaBiscuits (Jan 12, 2021 at 6:03)
Braydon is the only rider I’ve seen who makes clipless pedals and pedaling like an XC racer on cocaine look both stylish and fun. Rad.

cougar797 (Jan 12, 2021 at 12:46)
I ride the area several times a week that he was playing in. I can’t explain how insane some of the uphill sprints and explosives hops were after seeing this stuff I real life.
The final hop up onto wood was after a steep uphill. He’d need just insane power to do that. Dude is a serious athlete.

nsmithbmx (Jan 12, 2021 at 9:26)
I used to rent Rad! atleast once a week from the little video store in my home town in the mid 90's. A number of years later I hear the store is closing so I stop by to see if he has it still...soon as I walk in the guy grabbed the VHS and handed it to me. Told me I had rented it enough to have bought it 30X over. I still have that original copy with it's box today.

learningcycles (Jan 12, 2021 at 6:00)
I looked up "Complete Rider" in the dictionary and found a picture of Braydon Bringhurst.

Bikerbrayd (Jan 12, 2021 at 15:23)
Too nice man. Thank you! I am eager to get better at all things mtb so hopefully I can keep making stuff that inspires others to go ride and find that joy that comes from two wheels.

hIDesert (Jan 12, 2021 at 7:18)
what strikes me in Brayden's videos is his fitness and core strength. He shreds, he's got exceptional abilities, but his ability to pull off technical, dynamic strength moves in the middle of a high-cadence technical climb. In an over-saturated media landscape, his videos are always worth watching.

Hogfly (Jan 12, 2021 at 7:23)
I always wonder how much of that power and athleticism comes from him being a Division 1 athlete (pole vault) and receiving that level of training and support throughout college. I know a lot of it is just natural, but pole vault requires some serious explosiveness and coordination.

fullendurbro (Jan 12, 2021 at 8:39)
@Hogfly: Athleticism is trained. Especially explosiveness. Collegiate athletic background is definitely helpful, but it's not a "one time, I was a college athlete so I'm super explosive and powerful now" type situation. He still trains regularly and busts his ass to maintain those metabolic pathways.

Hogfly (Jan 12, 2021 at 8:49)
@fullendurbro: Sure. I do think that more enduro and DH riders are focusing more and more on training (and BMX, which was his background as well, obviously focuses on explosiveness). I just wonder who just doing trap deads and things of that nature which are huge for building power and explosiveness in sprinting have given him an edge over some other riders who might engage in more traditional cycling-specific workouts.

Bikerbrayd (Jan 12, 2021 at 15:26)
Thank you! I really try and up my game in every edit. Very excited to share with others what I have planned for this year. It’s definitely going to push me to my climbing limits. Shred on!

KatzT (Jan 12, 2021 at 20:06)
@Bikerbrayd: Ya know, you really make everything you do really effortless and stylish, but that failed attempts video at Rock Island on Vital was eye-opening. Maybe, just maybe, if us average mountain bikers tried half hard as you do before giving up, maybe we'd get somewhere.

Not sure why... there are many awe-inspiring edits by other pro riders, but your edits always come across to me as relatable and something to aspire to (except for those 50-foot triples). You have an uncanny ability to make something extraordinary out of mundane trail obstacles.

Thanks, keep doing what you're doing!

Bikerbrayd (Jan 14, 2021 at 18:05)
@KatzT: I very much appreciate the words. There are loads of other pros that are far better than I am but I am focused on riding the way I want to ride. I enjoy the whole concept of mountain biking. The attempts and failures make the success that much greater.

I have a project coming this year that I hope will inspire many to embrace the process of failure and find joy in the climb. Thanks for the good vibes! Ride on!

Hogfly (Jan 12, 2021 at 5:57)
Been waiting on this one for a while. Braydon is such a solid role model and humble guy. He was so kind and down to earth while he was here shooting this video, and a ton of groms got to hang with him and ride. He still offers encouragement and positivity to my kid after he rode with him for a single day during filming.

It’s also mind blowing to see what he’s doing on features that we regularly ride. Just nuts. So much skill.

TylerJamesHall (Jan 12, 2021 at 8:29)
That is all so apparent in the content he produces regularly, even before you throw in bigger projects like Rad. I hope the industry continues to value riders like Braydon and those that give back to their communities and local trail organizations.

preach (Jan 12, 2021 at 6:29)
having grown up BMX in that era of 80s Checkerboard nut-saver pads on my Laser 20" BMX with carved dice for stem covers...I can honestly say this is a very very worthy tribute. We all wanted to be Cru Jones back in the day.

Crankadams (Jan 13, 2021 at 8:48)
Hi Guys
Very cool video from Bill Allen, a.k.a. "Cru Jones" with Braydon Bringhurst. I rode as stunt double for Rex #10 (the twin) and as Glen Adams riding with Bingham's Schwinn. Robby Rupe was my "twin." Great guy and a amazing rider as well.
Braydon, you are an amazing rider and I'm so happy that this movie inspired you! I can say the same about riders that I looked up too like Stu Thompson, Tim Hall, Travis Chipress, Bryson Perry, Toby Henderson, Harry Larry, Mike Poulson, Eddy King, Tinker Juarez, Jeff Kosmala, Bill Allen, Eddy Fiola, Kevin Jackson, Ned Overend and John Tomac.
What a journey on bikes! I will ride my bike until I can't......

Bikerbrayd (Jan 13, 2021 at 21:27)
Cheers man! Very cool to hear all of that and thank you for the kind words. I definitely felt insecure being the rider in such a big tribute but I do know it was sincere and the passion was there. Thank you for what you've done in paving the way for so many. Ride on!

defconfour (Jan 14, 2021 at 17:08)
@Crankadams - that is amazing you were part of the original RAD movie. I remember reading about the making of it in BMX Action magazine and when watching the movie picking out all the pros I looked up to. Did you film with Hollywood Mike Miranda during RAD? I ended up meeting him at a War of the Stars in Massachusetts and he was the coolest - he hung and rode a small jump with a bunch of us kids between motos.

Do I have it correct that you rode for Bingham's Schwinn back then? Didn't Poulson ride for them?

tsn73 (Jan 12, 2021 at 8:04)
I begged my mom to take me and my brother to the actual filming of RAD in Calgary, AB. The biggest pros were there and the local pro Jeff Ingram. Remember it to this day. It was also my first realization of how different movies can make things appear compared to how they really were in real life. Getting old is better than the alternative.

plyawn (Jan 12, 2021 at 8:58)
We can't say that for sure until we see how he does on thje diving board out of the bathtub!
www.youtube.com/watch?v=CTra9iekYII

thustlewhumber (Jan 12, 2021 at 7:54)
This vid had me grinning ear to ear. Great tribute. The movie RAD is available on Amazon Prime for anyone wondering, digitally remastered in 4k goodness. Go buy it!!!

mtnryder56 (Jan 12, 2021 at 7:50)
My buddies got me a cameo video from Bill for my 40th birthday. And when the video started up, my mouth literally dropped to the floor! My best friend and I used to watch that video almost every single day after not returning it to the video store. Sadly one day my mom saw lying around and returned it! This video had all the hallmarks. I love the flatland tricks as well as that was how the movie started if I remember correctly.

galliwasp (Jan 12, 2021 at 7:54)
I dare say everyone remembers / knows the movie. Anyone privileged to have seen the movie play in small theaters decades afterward? After the movie, some legends did a show. Eddie Fiola, Mike Dominguez, and one other whose name escapes me (It might have been Byron Friday). What a time-warp to my childhood that show conjured. I got to shake Eddie's hand and tell him he was one of my heroes.

acdownhill (Jan 12, 2021 at 8:07)
dude, the RAD anniversary in Cochrane was a great time! it was so cool to meet eddy! i dont think I will ever pass spray lake sawmills without imagining Cru racing along the tops of the lumber piles.

RiderRobb (Jan 12, 2021 at 18:23)
That was a really entertaining watch. There are certain riders that when you see their name on a video, you know that it’s going to be great. It is time to put the “must watch” moniker on all Brayden Bringhurst videos.

Bikerbrayd (Jan 12, 2021 at 15:30)
Hahah that’s so epic. The music for this edit was a nightmare but it worked out. Doing what you did is totally next level and every rad fan should do it to get the full experience.

bahony (Jan 12, 2021 at 12:48)
Mountain biking would be so much cooler if kids nowadays used 80's beats instead of that god awful mumble rap on their edits!

Needed a little ass sliding in there though...LOL

bewsurf22 (Jan 12, 2021 at 8:26)
Great job Braydon. I hope it turned out just the way you wanted it. It certainly was an epic tribute. Great job merging old school with new school.

TTASS (Jan 12, 2021 at 18:12)
What'd it'd take to get Braydon to do the impossible climb instead of Levy? Feel like he could actually make it to the top no problem

joedave (Jan 13, 2021 at 11:56)
This has to be one of my fave edits ever! Love the RAD throwback and Braydon’s riding is legend! Very fortunate to have him as a local rider and friend here in Boise.
Awesome work Nicole!

bradittude (Jan 12, 2021 at 16:36)
I was lucky enough to watch the filming of RAD, some of it was shot at Bowness Park in Calgary, Alberta. Awesome memories for sure.