Video: Building Trails to Help Grow Mountain Biking in Brazil in 'Soil Searching: For the Love of Flow'

What if you dream of riding renowned trails, but you aren’t lucky enough to live in a mountain biking mecca?

Caio Suzarte and Eduardo Arruda know — you build your own.

Passion. Caio Suzarte and Eduardo Arruda are absolutely drenched in it. The two trail builders from Brazil are passionate in their conviction that bikes are more than just playthings, and that riding can change your life and the world for the better.

Growing up in different parts of this vast country, both builders were nonetheless connected by a shared conviction that life should amount to more than climbing out of bed each morning and trundling off to work to earn a paycheck. Caio and Eduardo wanted to live and breathe consciously, to connect every day to the soul of things. And they both saw trails and mountain bikes as the key to it all. 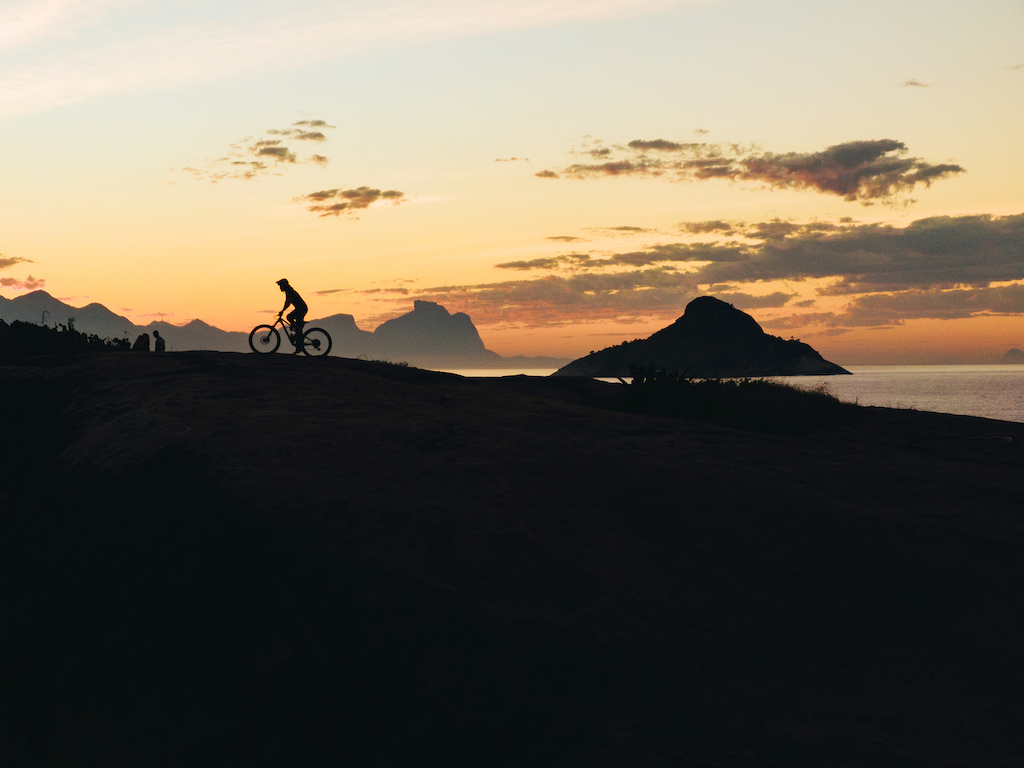 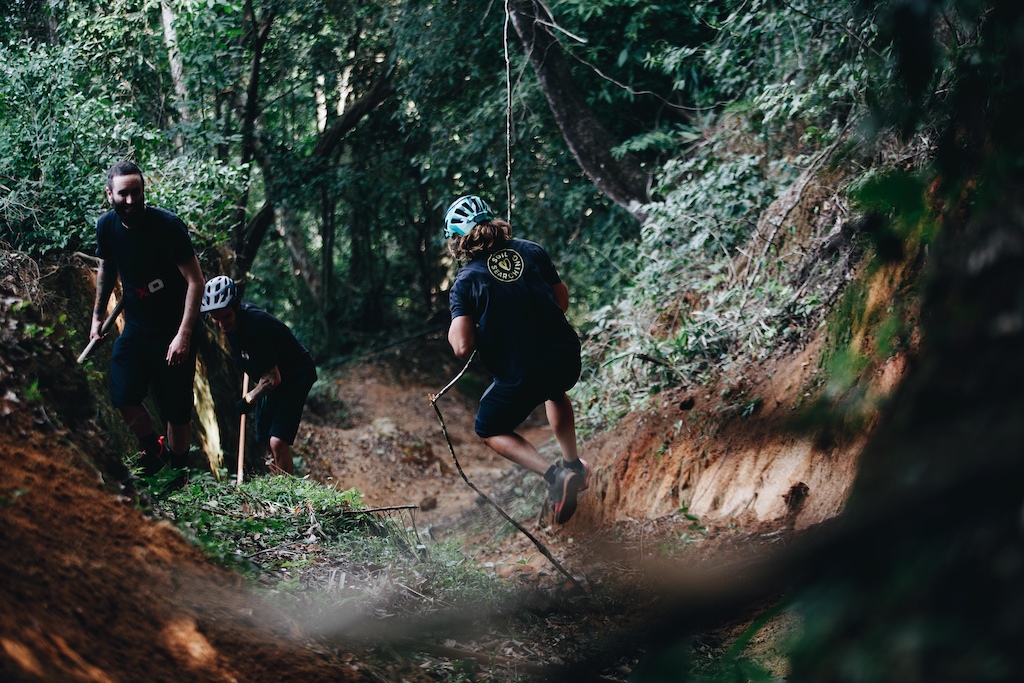 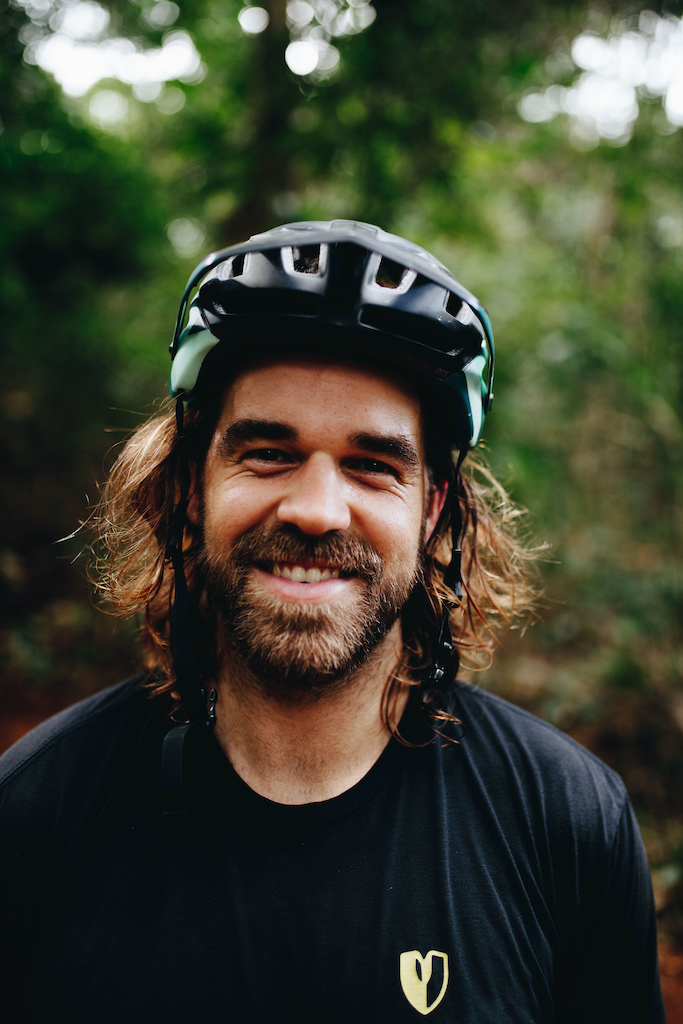 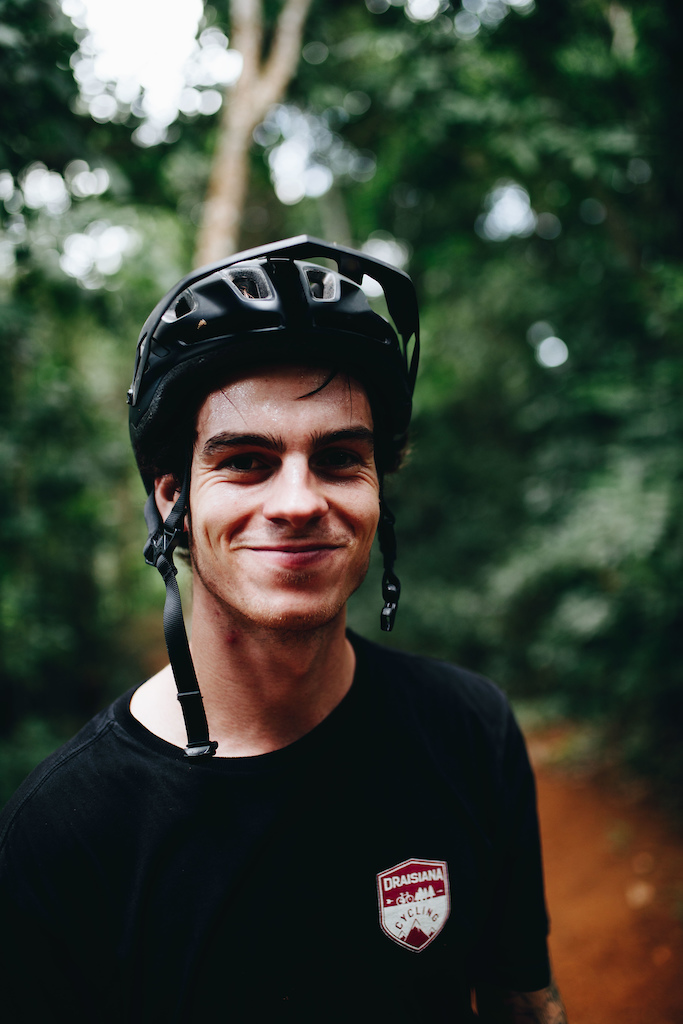 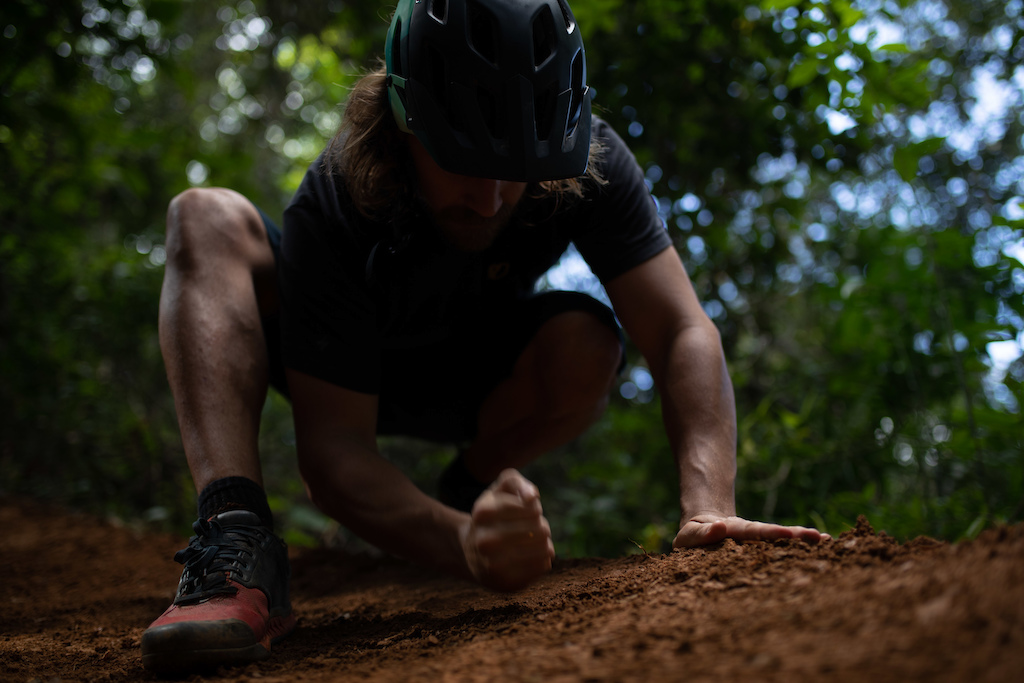 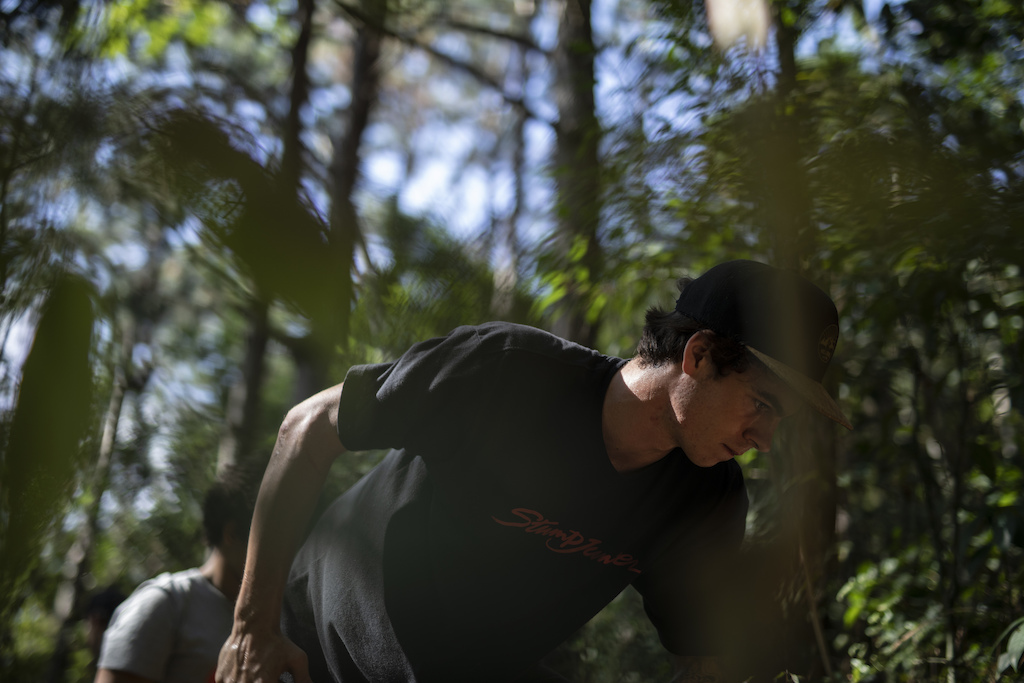 The two riders would soon help one another carve that dream into reality. But first, it would require learning to build trails, learning how to make mountain bike videos, and inspiring others to ride. When all was said and done, Caio and Eduardo would ultimately create the setting for a cultural shift in Brazil. One that gave new meaning to riding mountain bikes. 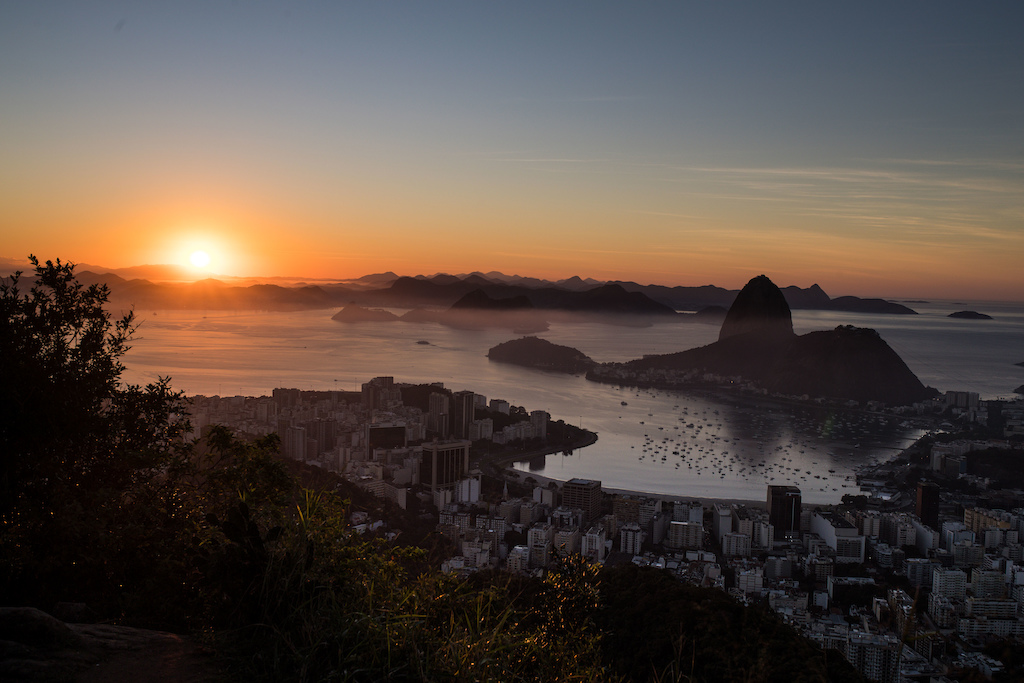 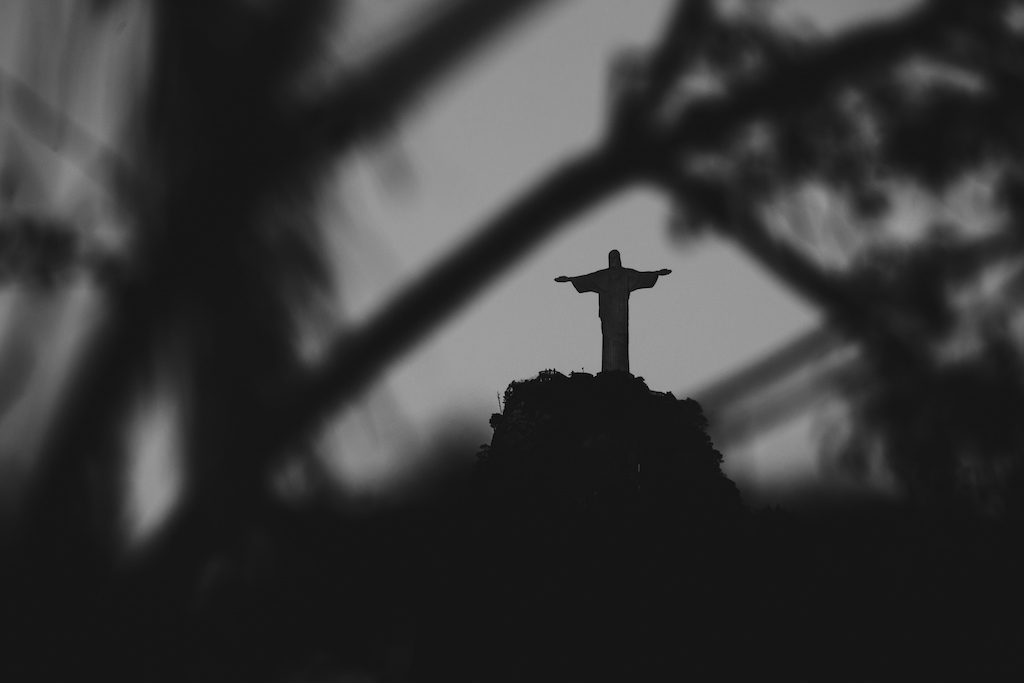 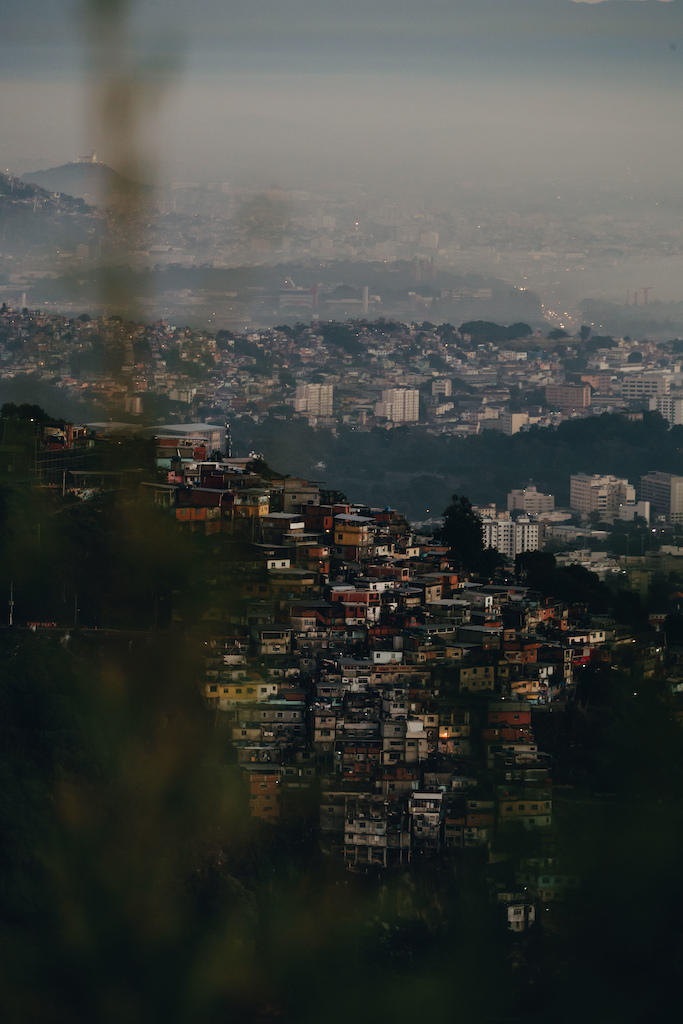 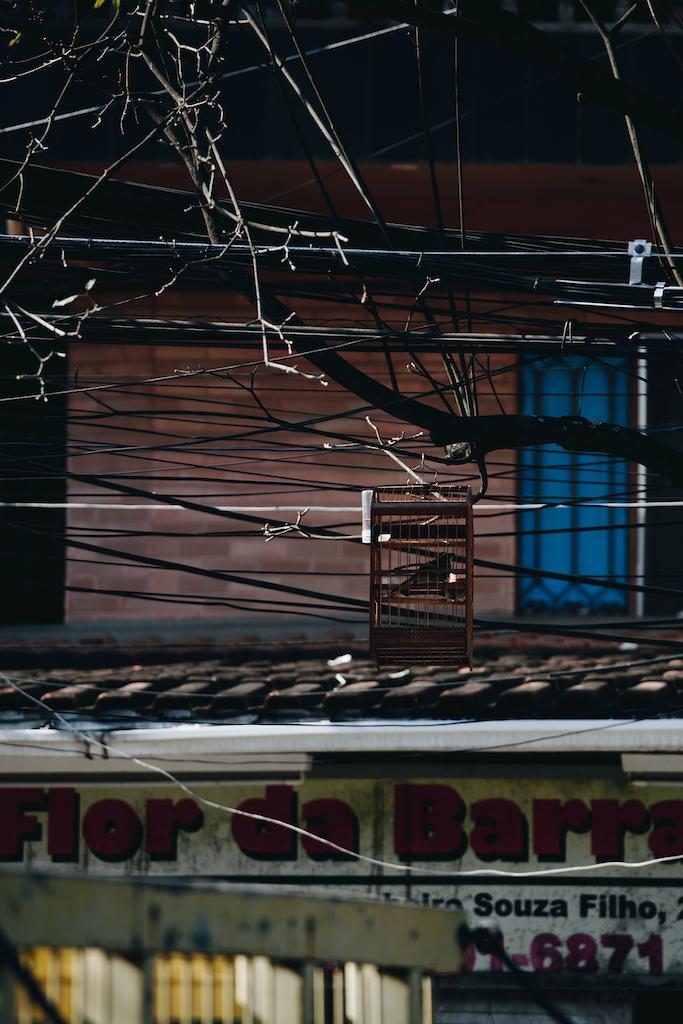 For Caio, it all began with a pilgrimage to British Columbia, the birthplace of freeride mountain biking. Riding the seemingly endless world-class trails in B.C. proved the catalyst needed to set the wheels in motion. It was during his last day on his first visit to Whistler, Canada, Caio had an epiphany. He paints a vivid picture as he recalls the moment everything came into focus for him.

“It was getting dark and I was doing my last run for the day,” says Caio, who remembers thinking, “Tomorrow I’m going home to Rio de Janeiro. But why? Why does this place feel like home? Why doesn’t my own home feel like this?”

Then and there, Caio realized that he had to return to Brazil and follow his dream, not just for himself, but for others who had been waiting for a mountain bike revolution in Brazil.

One of those other riders back in Brazil, who was more than ready for this particular revolution, was Eduardo. Around the same time Caio was having his epiphany in Whistler, Eduardo was immersing himself wholeheartedly in learning the craft of trail building. Eduardo, too, made a pilgrimage to B.C., intent on enrolling in a professional trail building course. By the time Eduardo arrived, however, the course had unexpectedly been cancelled.

Undeterred, Eduardo took stock of his surroundings and managed to hook up with a local trail building crew on a project. That crew showed him the ropes of working with a machine. They helped him develop techniques to envision a trail where none existed, to create flow and, ultimately, they gave him the tools to eventually transform himself into a master trail builder.


“Mountain biking and trail building is in my blood,” says Ed, smiling as he shows us the tattoo on his arm — a trail, snaking down a mountain. The inevitable cliché is impossible to ignore, yet rings true: Eduardo is a man who wears and bares his heart on his sleeve, with unwavering conviction. 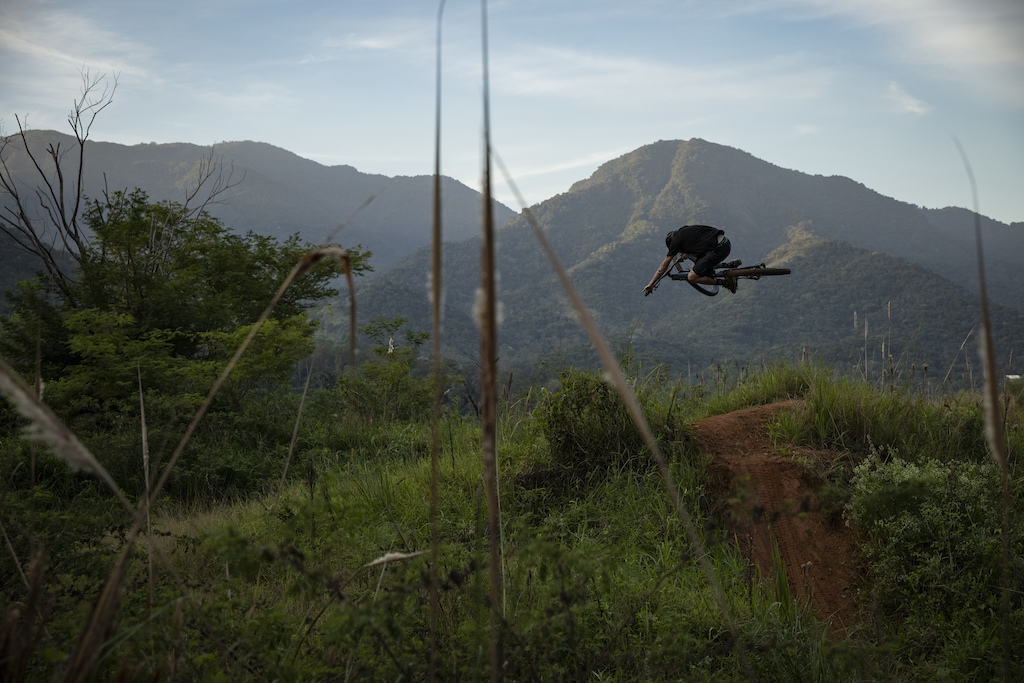 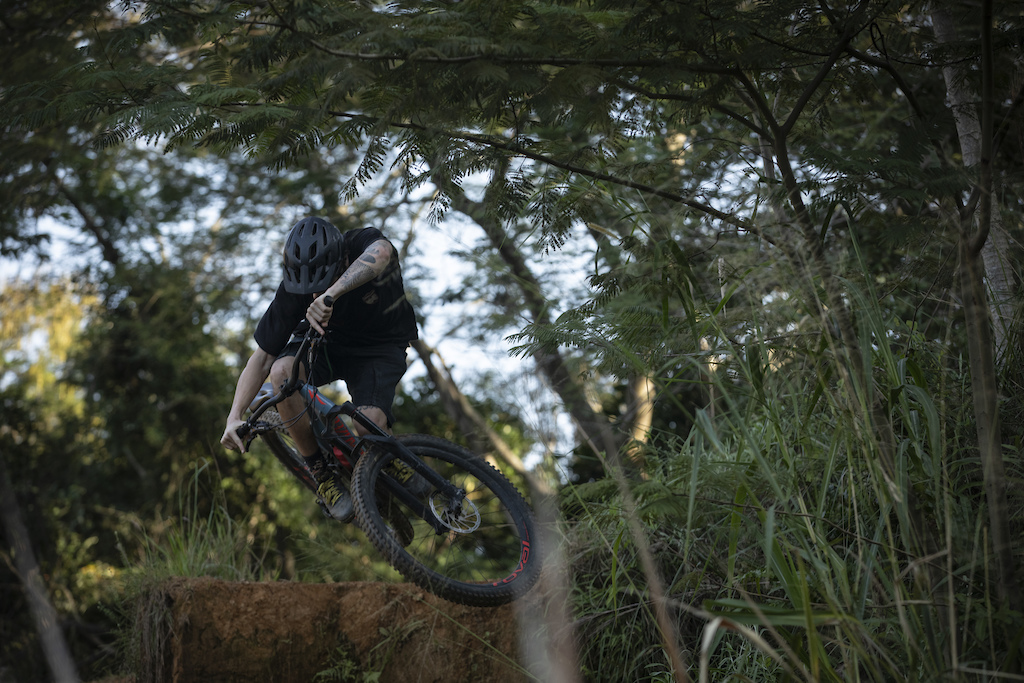 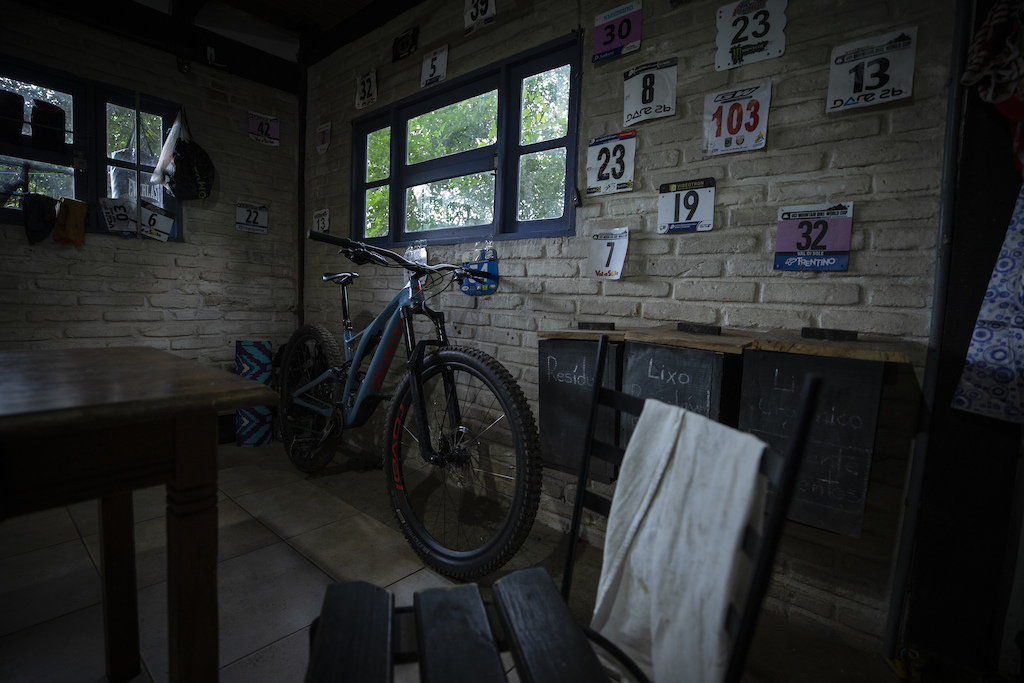 With Caio being a magician behind the lens of a camera, Ed being an absolute wizard with a rake, shovel, and a machine, and both riding their bikes with a flair that would rival the finest of Brazilian soccer players, these builders are setting the stage to transform their home into its own kind of mountain bike mecca. It’s only a matter of time.

“People need to escape from the Matrix from time to time, so I’m busy getting the red pills ready,” chuckles Caio, referencing The Matrix movie, in which the red pill represents truth and reality, and the blue pill symbolizes ignorance and bliss.

Only, in this case, Caio and Ed’s red pill takes you into a world of endless mountain bike trails.

We recommend the red pill. 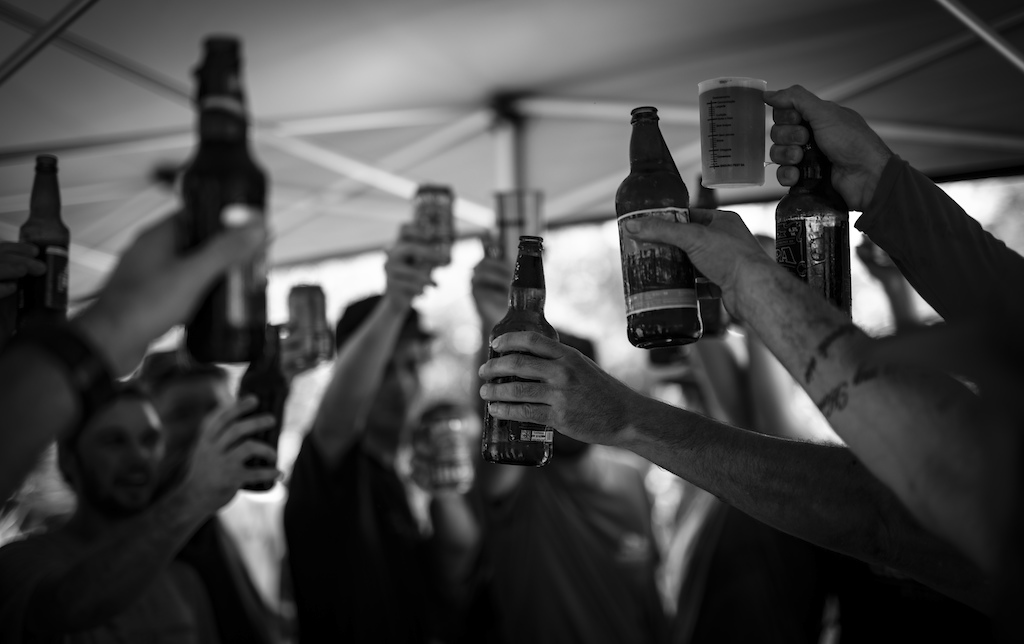 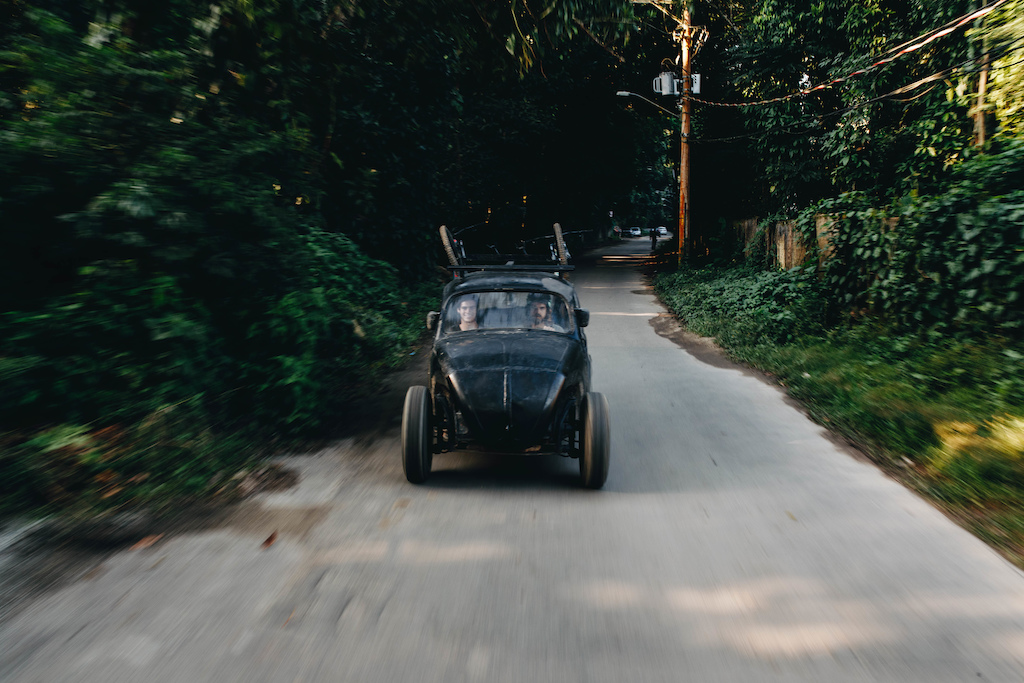 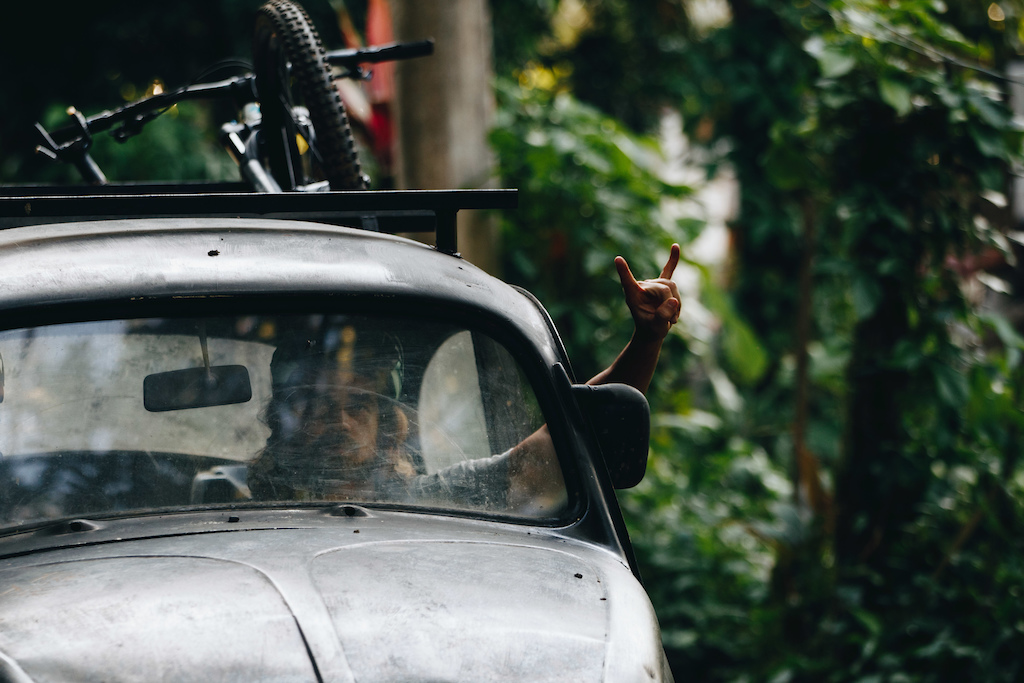 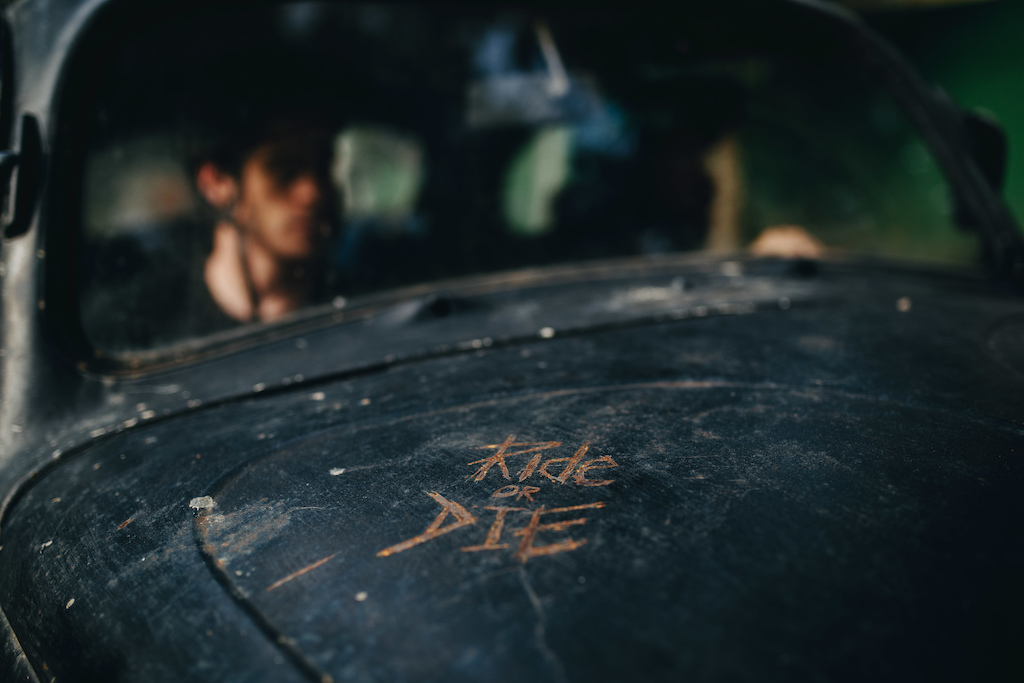 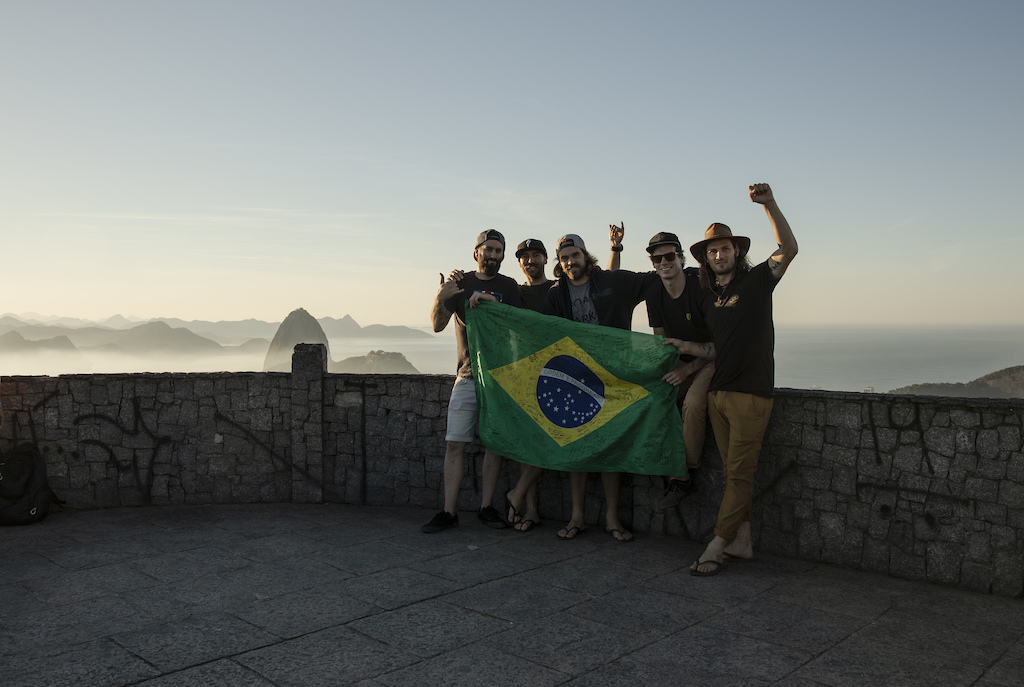 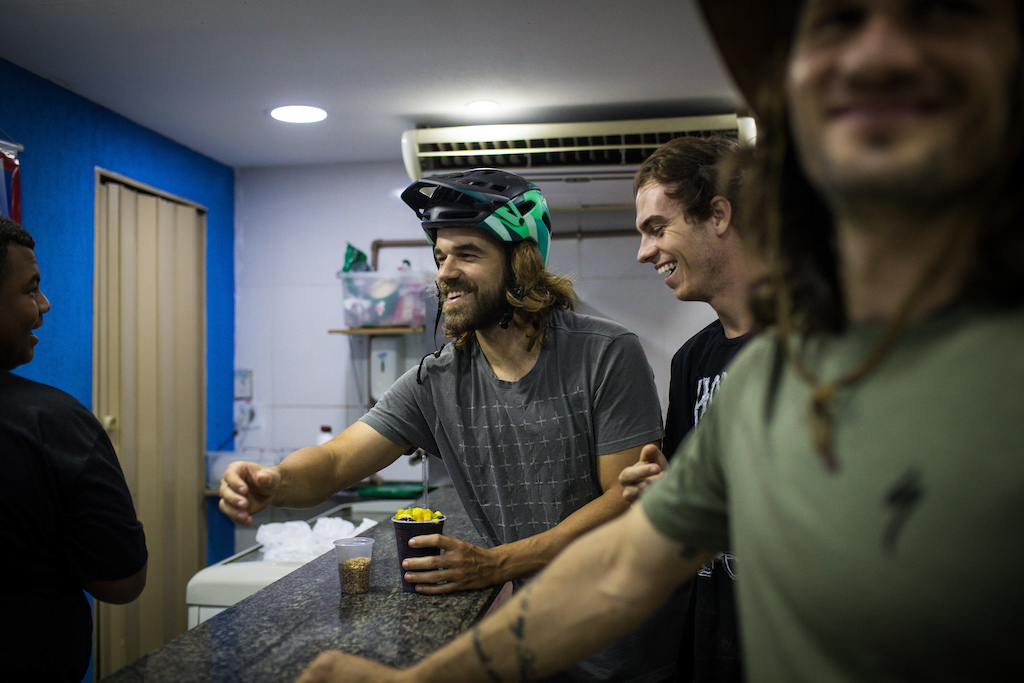 You could move to Brazil just to drink Acaí smoothies for the rest of you life and it would not be waste. 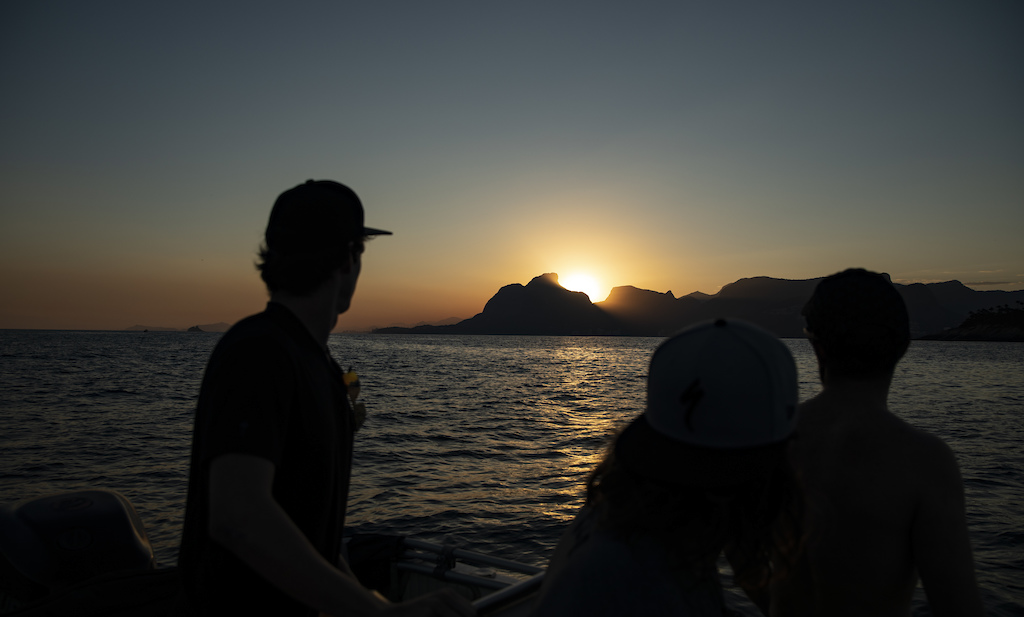 Tweet
Must Read This Week
Interview: Trek's Travis Brown On Experimenting With 32" & 36" Wheels
85557 views
First Ride: Cannondale's All-New Scalpel SE
72155 views
Ridden & Rated: 4 of the Best eMTB Motor Systems for 2020 - Bosch vs Brose vs Shimano vs Fazua
59457 views
Pinkbike Poll: If You Had to Ride One Bike for the Rest of Your Life, What Would It Be?
53230 views
Video: Conflict Arises Between 17 Year Old UK Rider & Apparent "Trail Saboteurs"
52075 views
First Look: ShockTune is a Free Suspension Setup App
46352 views
Video: Claudio Caluori Tries to Keep up With Nino Schurter on his Home Trails
45082 views
Bike Check: Ben Cathro's Santa Cruz V10
35421 views

eduardoarruda (May 12, 2020 at 10:08)
YES Pinkbike!!!! This is the push we needed to connect Brazil to the world! Thank you so much to put it together this amazing support in our journey. Brazil and South America have so much potential for Mountain Bikes all year long but not many proper flow trails and bike parks. We dream about being another Mountain Bike destination that can connects cultures and expand the sport.

It goes a lot of work behind the digging to make it all happen and nobody got to see it, like permissions, projects, budgets, tools, etc. Now that me and Caio got this huge support from Soil Searching it's been so much easier to keep strong with the plan of helping our comunnity grow from the base.

Soon I'm sure we will get to meet many of you guys here on our trails and cheers with an Açai bowl by the beach.

RickyMicky (May 12, 2020 at 9:27)
I've rode in Florianópolis South Brazil. Absolutley amazing trails, for adventure Florianópolis is the place to be in South America.

Vermona (May 12, 2020 at 10:45)
Awesome content. Good luck with all of your beginnings guys! I am sure your project will not only benefit the 'tourists' but is also a way to connect with wider communitg.

Pedrolow (May 12, 2020 at 10:16)
Is all very beautiful until you realise that more than 50% of the brazilian population are very poor, they dont even have the money to buy a crappy aluminium v brake bike, let alone trail riding and jumps and all that.

numshi (May 12, 2020 at 23:01)
Not true I'm afraid.. ill founded speculation.. it was only locals riding these trails when we shot these videos. Yes the idea is to get more tourist to come ride and visit Brazil in order to help build a better MTB culture in Brazil but it is not solely for Tourists. I'ts important to note here that neither Ed or Caio get paid to do what they are doing, so it is not a business.. it is passion that drives them and they do it for their local community.
Post a Comment