Clemens' idea behind this project was as simple as it can be: He wanted to have a training setup at home for his big bike so he can do all his tricks and basically his favorite type of riding: going BIG! He didn’t really know how to do it all himself because it was quite a task and he only had a three week time window between two projects to do it. Doing it alone would have been boring and also impossible. So he asked his friends Daniel & Elias Ruso and also LT (Lukas Trutschmann) to help him out.

This led into a hell of a good time with just enjoying the summer to the fullest, working, digging, riding and hanging out together. 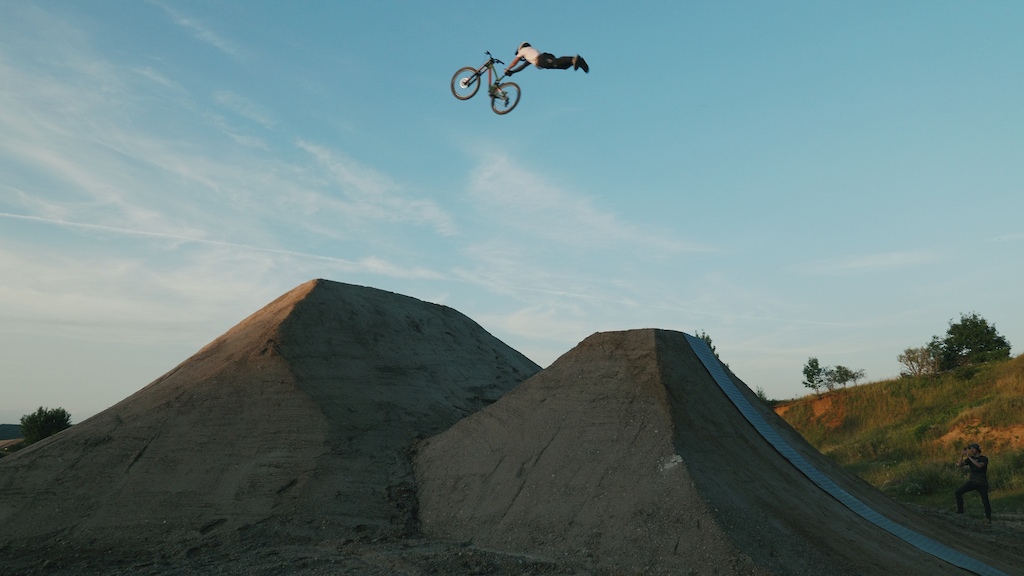 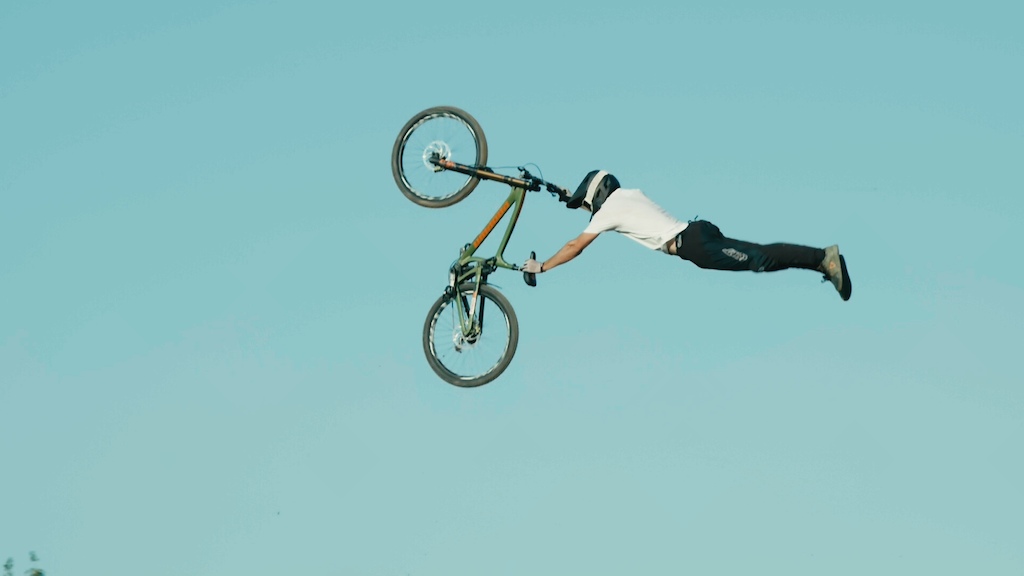 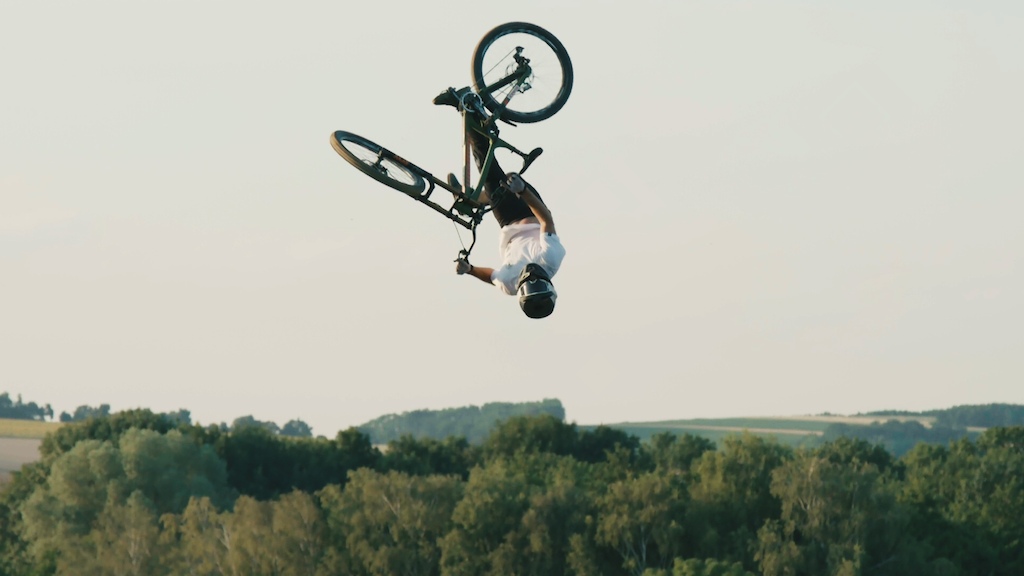 It took them four guys a week to get everything done. The boys were nonstop building the new drops which turned out to be quite tricky because the hill was super steep and sandy dirt. Walking in deep sand was a mission. Packing in the landings with pickup trucks saved so much time and effort and they could spend more time on their bikes. 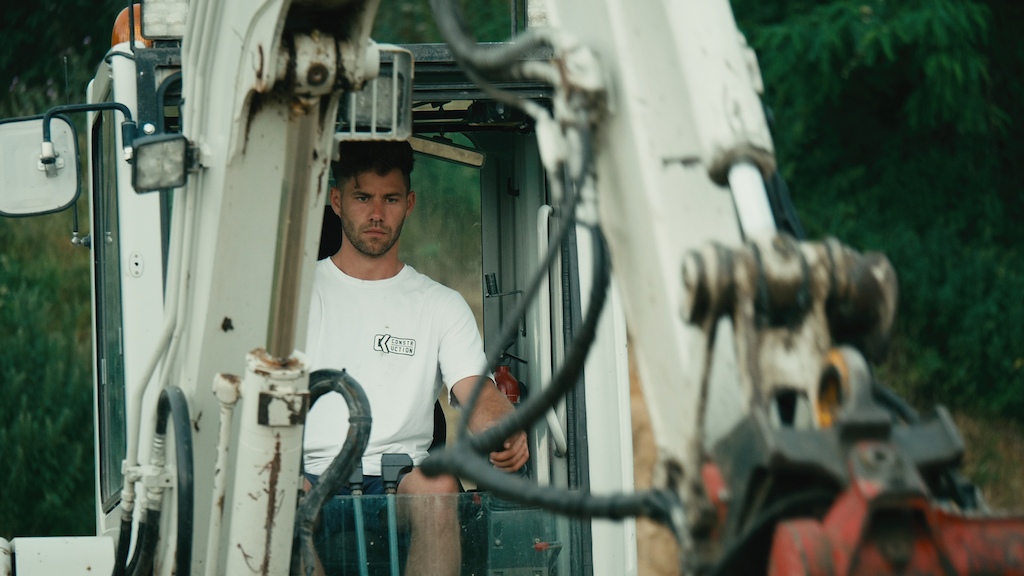 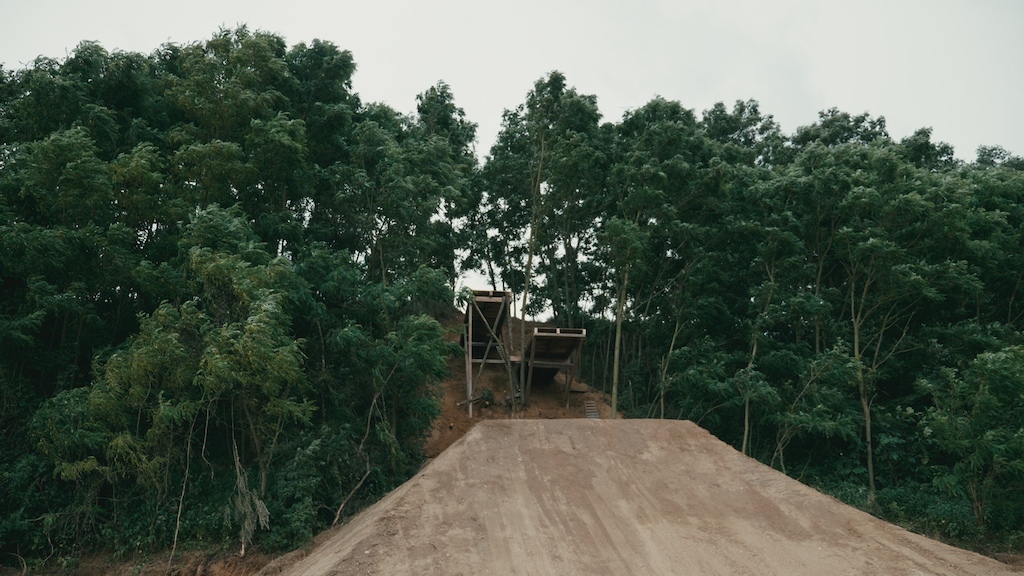 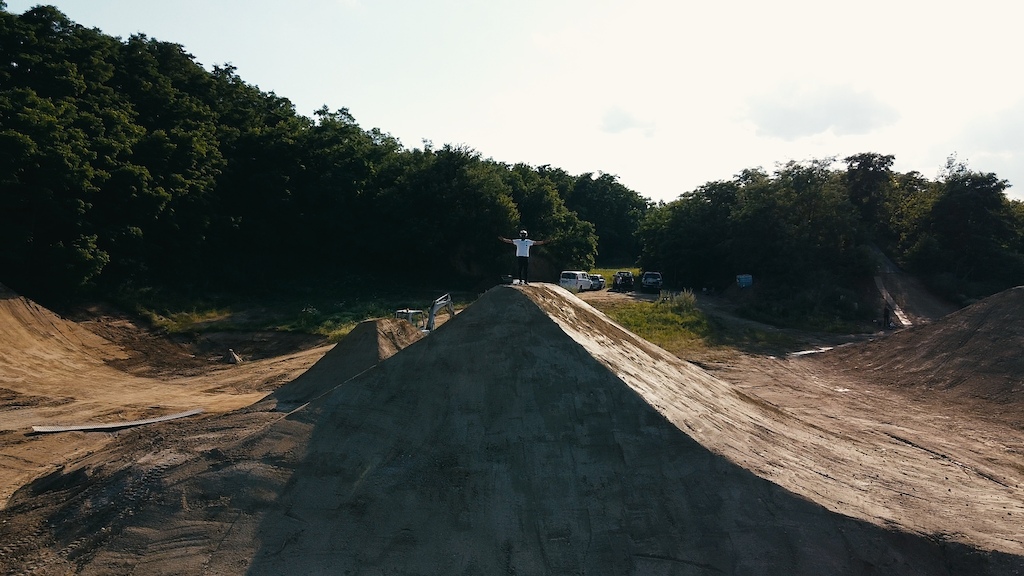 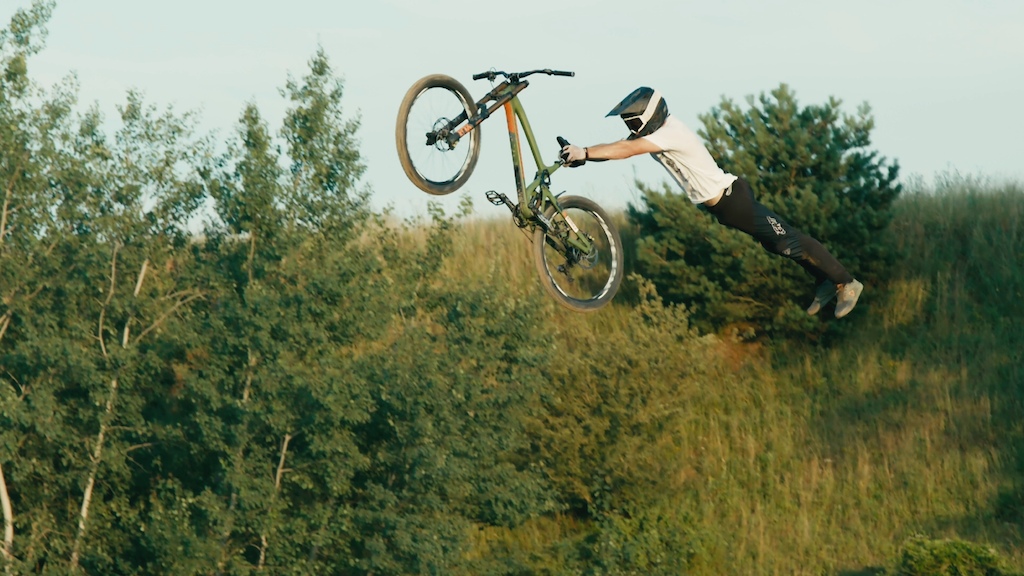 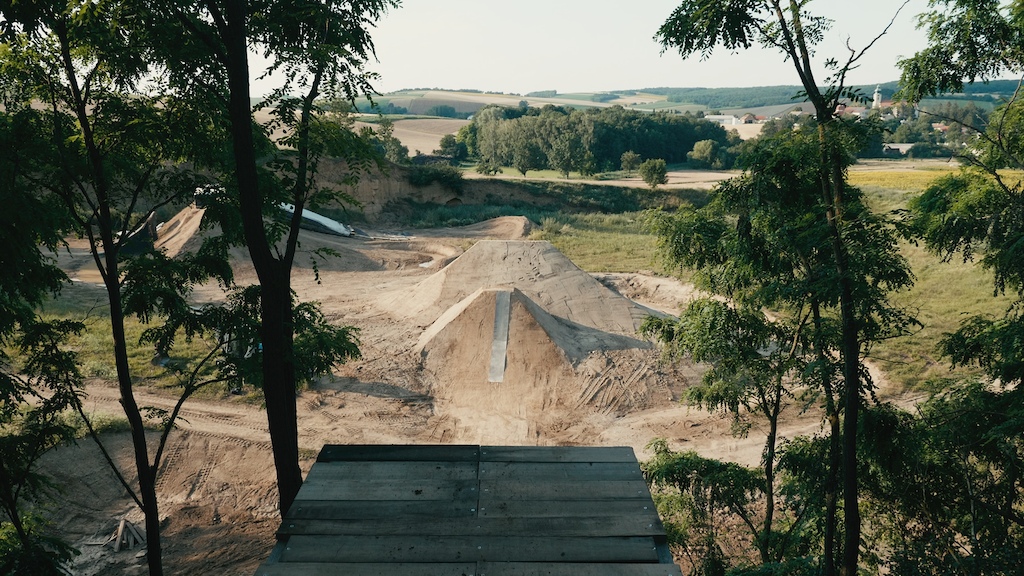 hisroyalgooseness (Nov 7, 2020 at 8:26)
Mountain biking has come a long way in just a few short years. I remember when Redbull Joyride upped the slope game some 6 years ago. The pros were scared. Today that shit is every day. As the boundaries push outward, just how big can we go?

robito (Nov 7, 2020 at 16:09)
That's funny because I was just thinking this looked like the same spot/set up Lacondeguy built and filmed at 10+ years ago when I think he was still on Kona. Maybe we can both be right? The trick levels on the big bikes have definitely multiplied.

o-clem-o (Nov 7, 2020 at 10:41)
I was about to quit the video when I heard the first song 'Howling at the moon'. Damn, this song is everywhere and i literally cannot appreciate a video when it shows up. Nice video and jumps tho, well done guys.