Video: Danny Hart Aims to Claim the Overall Title in 2020

“I think my riding style is quite smooth, until race run,” says two-time downhill world champion Danny Hart. “Then it starts getting a bit sketchy, a bit wild sometimes—that’s when you’re going fast. So it’s fine.”

A quintessential downhill racer, Hart is an astute student of the sport—known to study courses, test new technologies and experiment with lines—while having the ability to apply all his learnings, and ride to his fullest potential, when it counts: The final race run. “When it comes to the final race run, I know that I’ve done everything I can in my power to have the best run possible,” says Hart. This confidence has been Hart's key to success during his ten-year elite racing career. 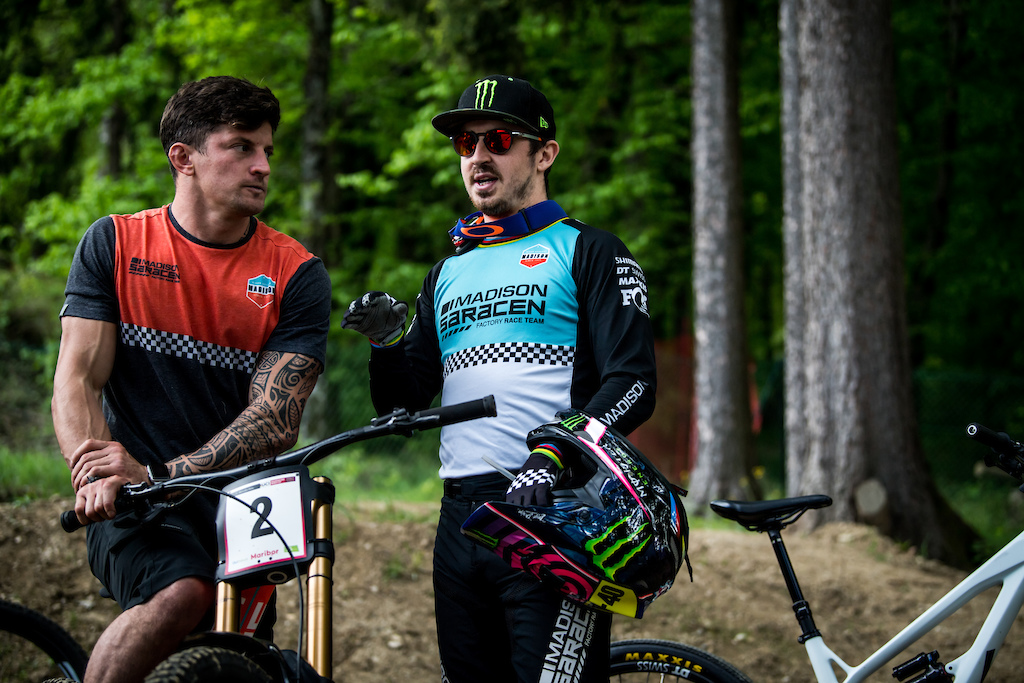 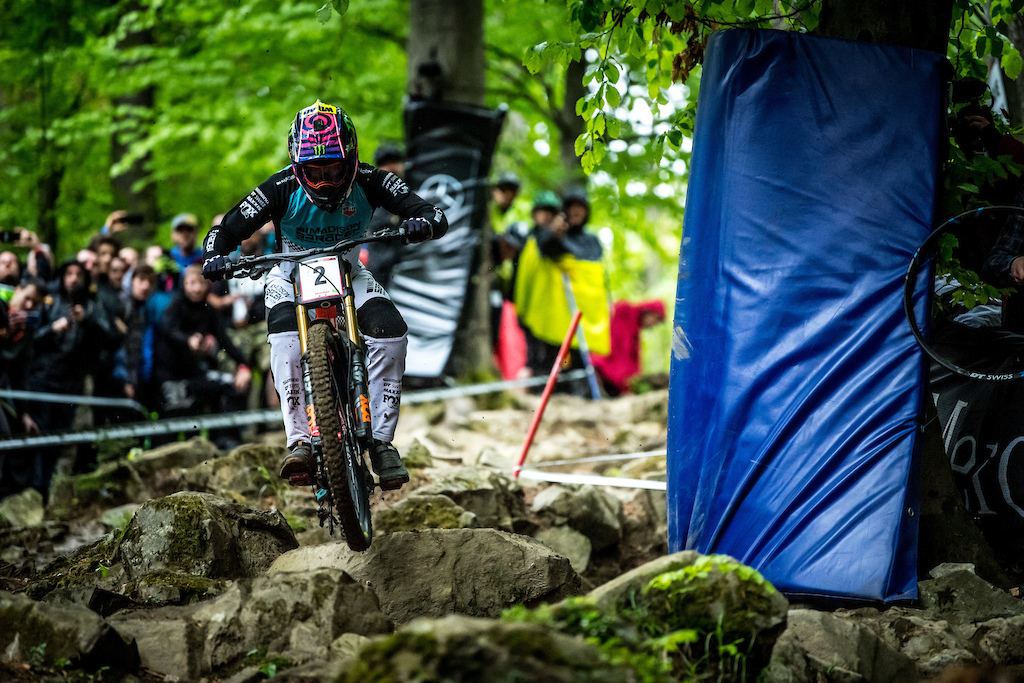 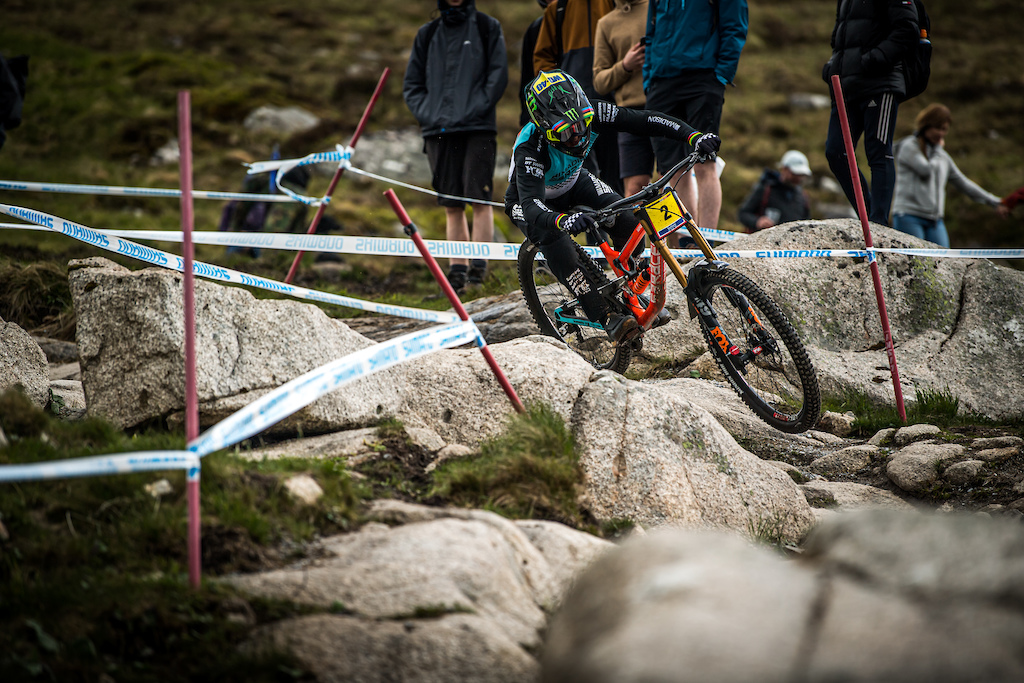 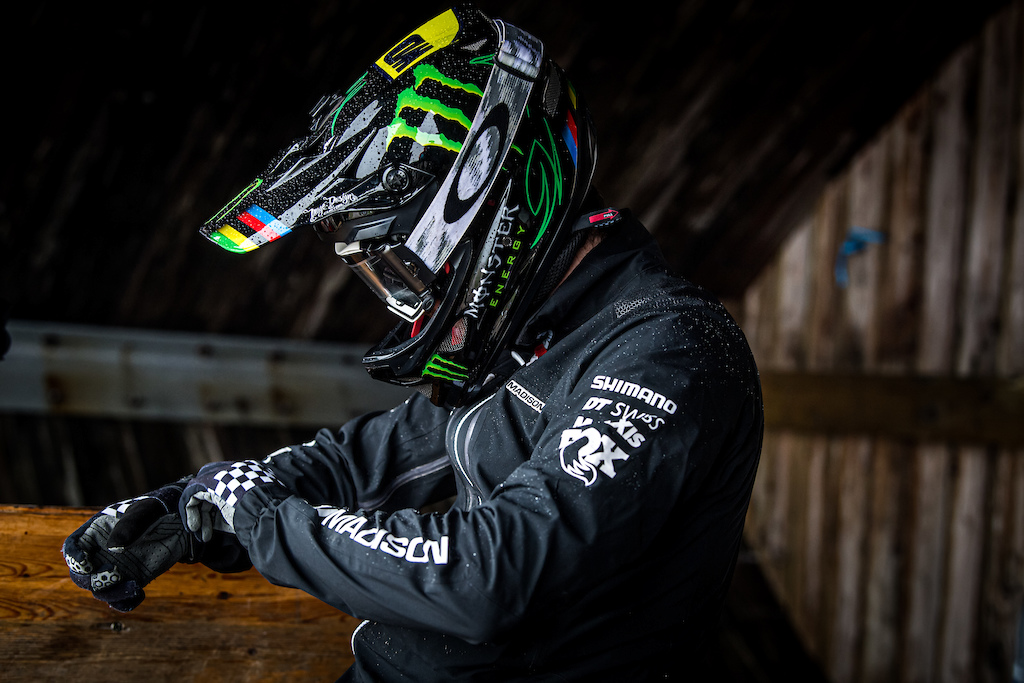 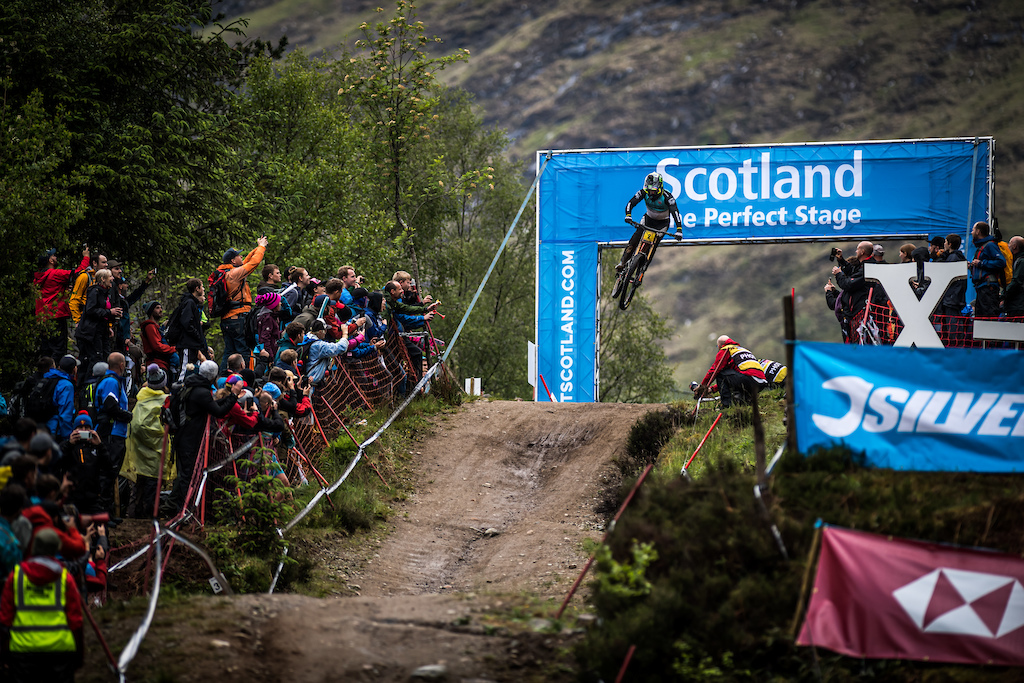 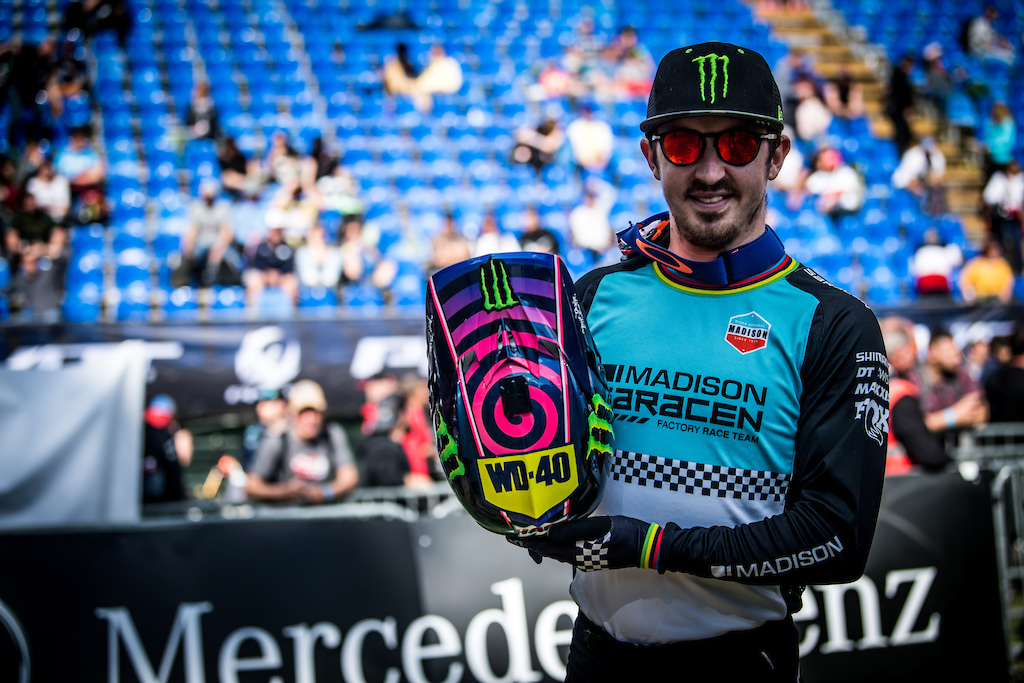 In 2019, Hart’s consistency culminated with a win at the final round of the UCI World Cup series in Snowshoe, West Virginia. “This year, I kept getting closer and closer to the win—just being a few seconds off most of the time,” said Hart. “And then by the last race, it was good to put it all together for a win.” The victory gave fans one of the most spectacular series finales in recent memory as Hart’s speed—and course split times—continued to improve all the way to the finish. 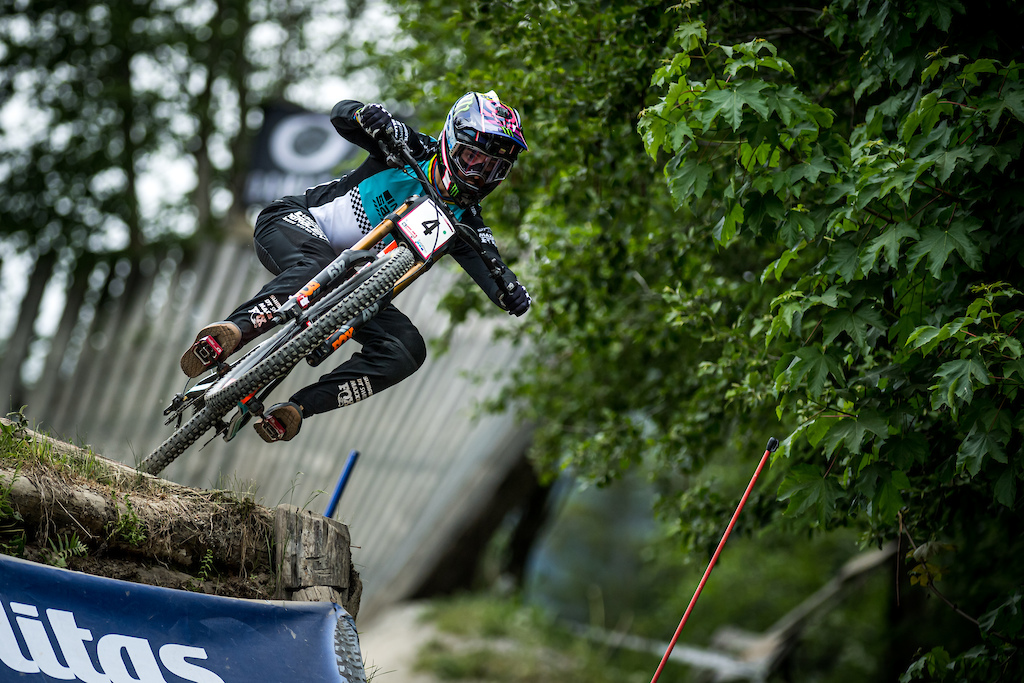 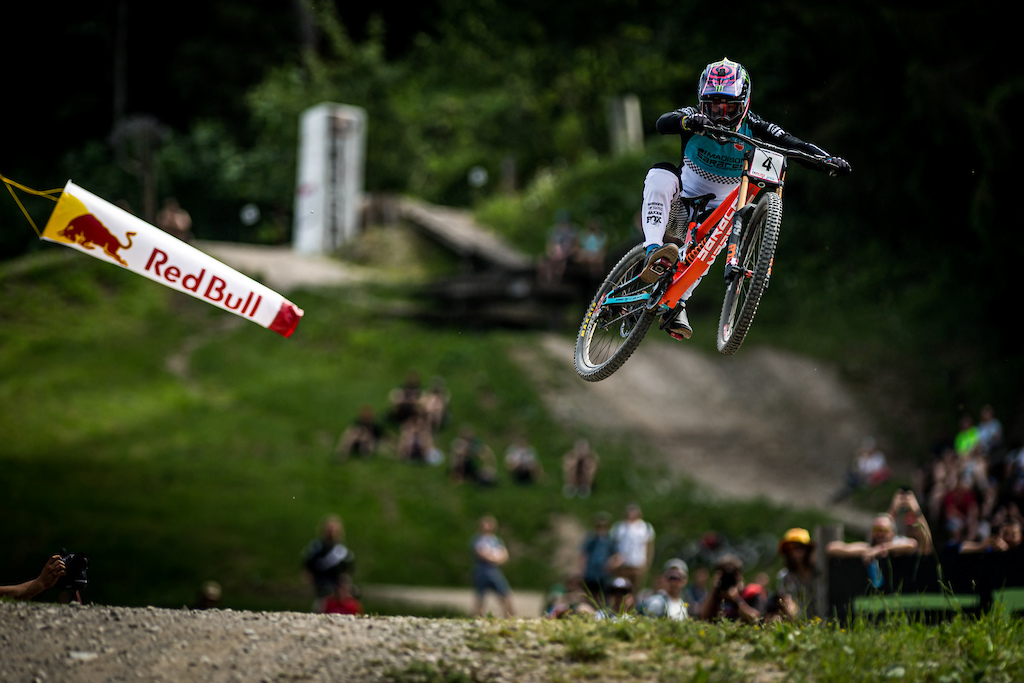 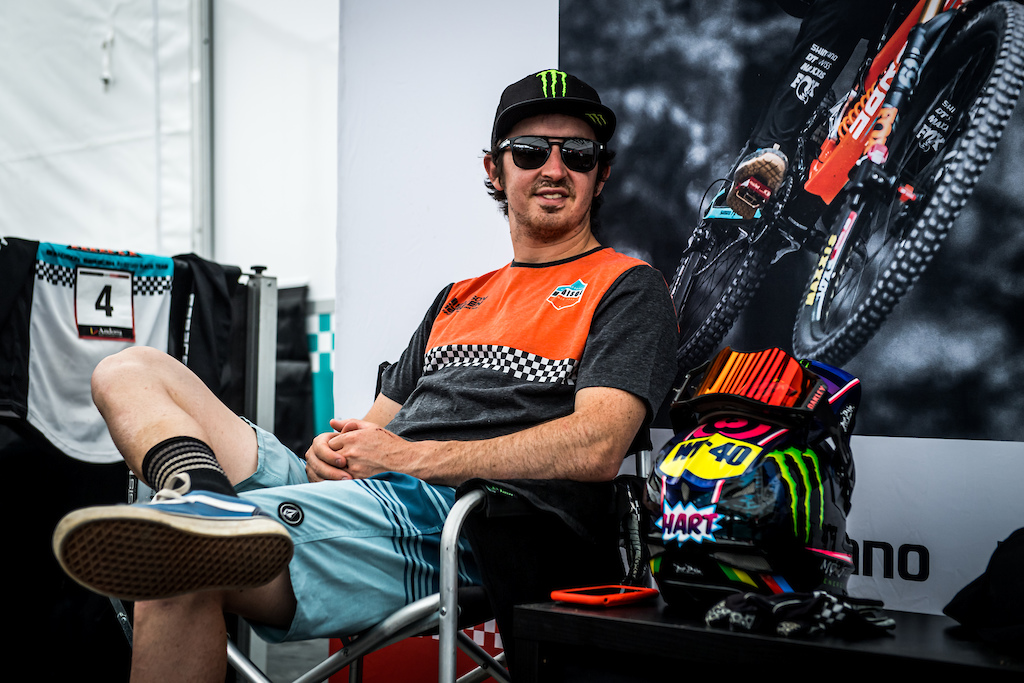 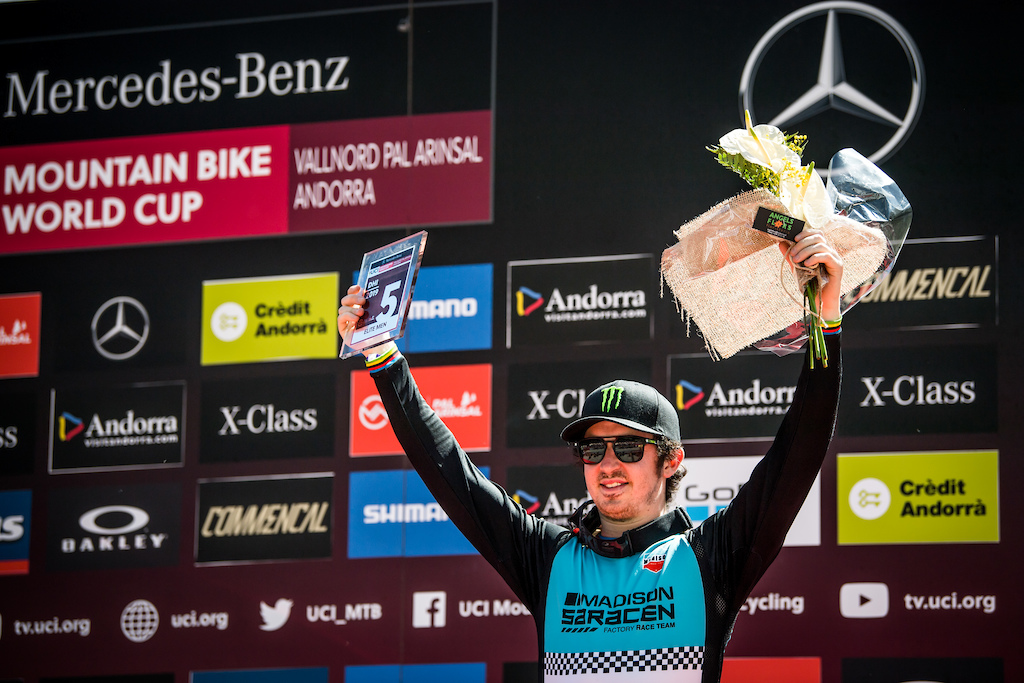 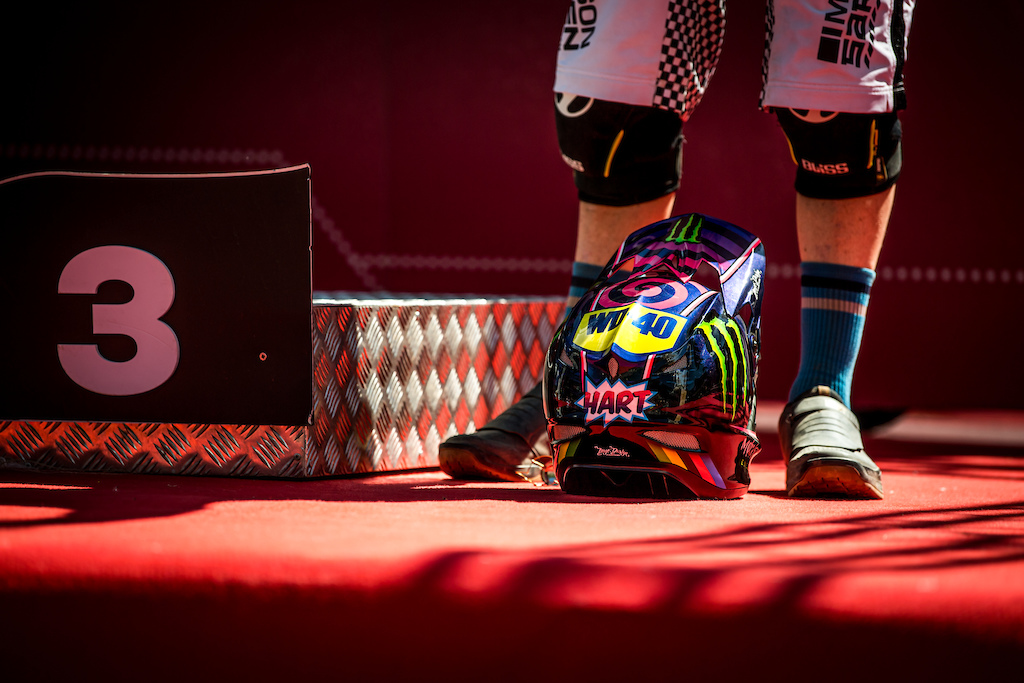 With a proven ability to improve as the season progresses, Hart is looking to start the 2020 season more prepared than ever. Anticipating major life changes—like getting married in November and his first baby due in February—Hart is getting ready for 2020 even earlier than normal. 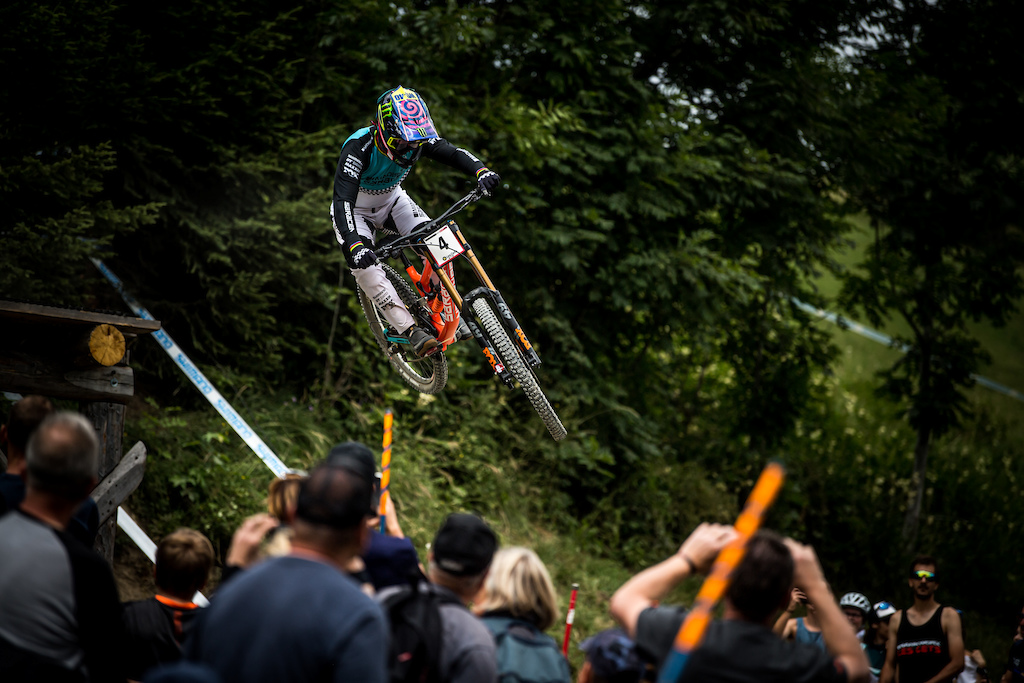 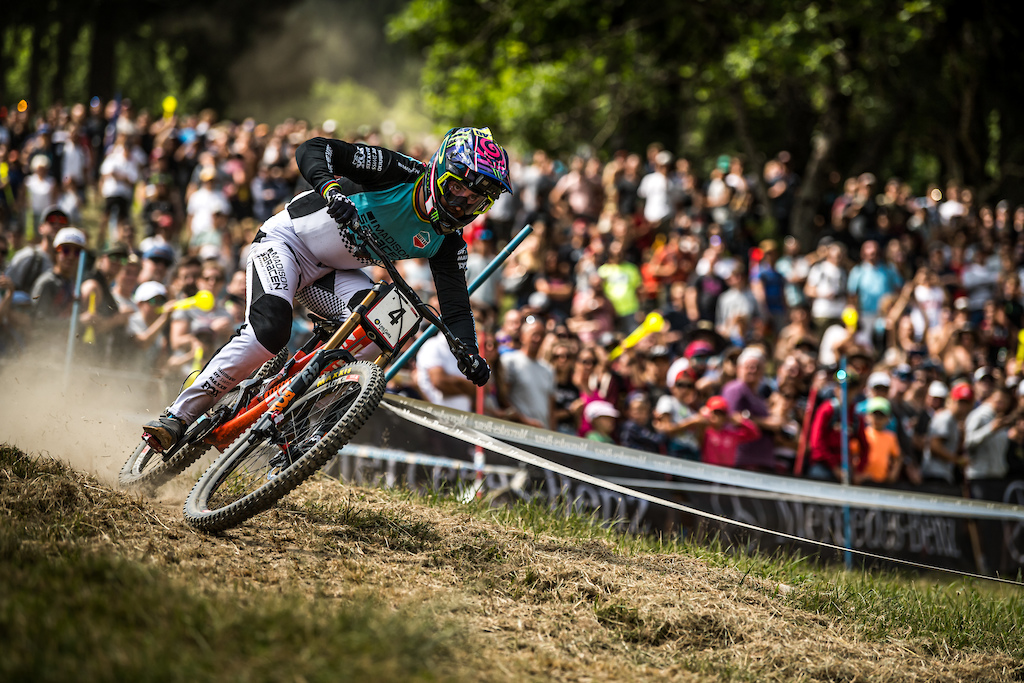 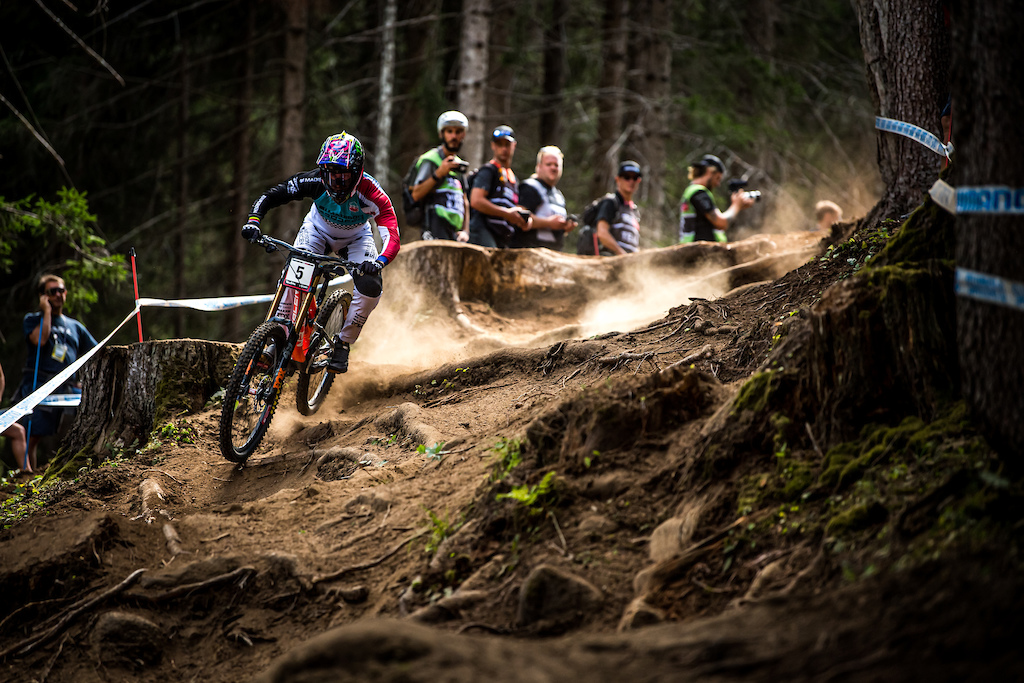 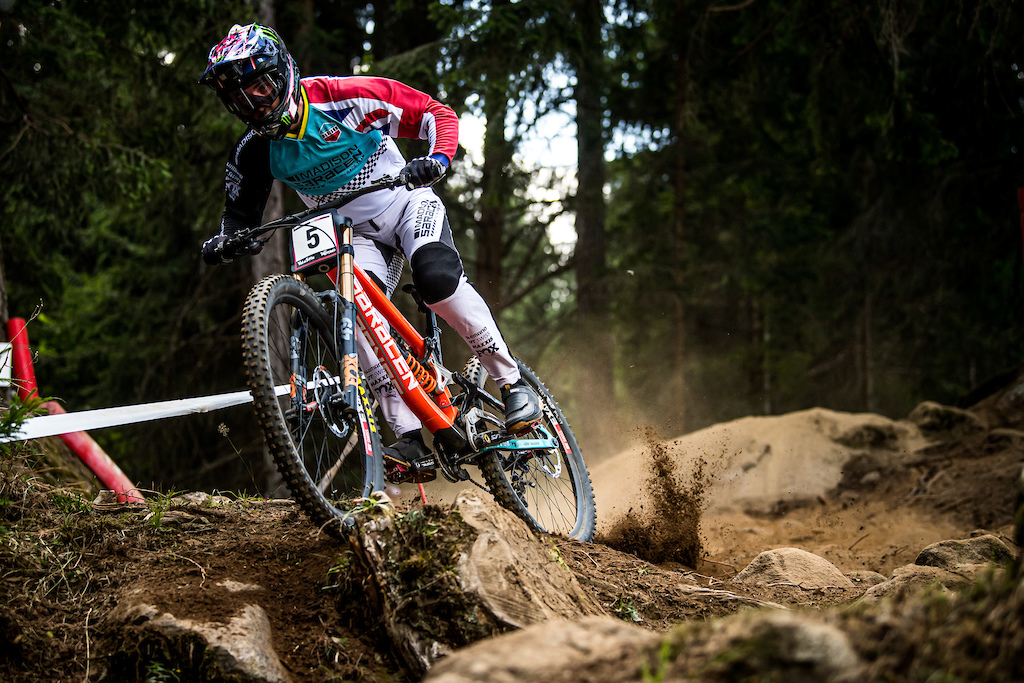 “I’d like to come into the first World Cup in the best shape I’ve ever been,” admits Hart. Beginning 2020 preparations in October, Hart has already been in the gym to do “a little bit of ‘pre-training,’ if you like” before his official training efforts began in early November. 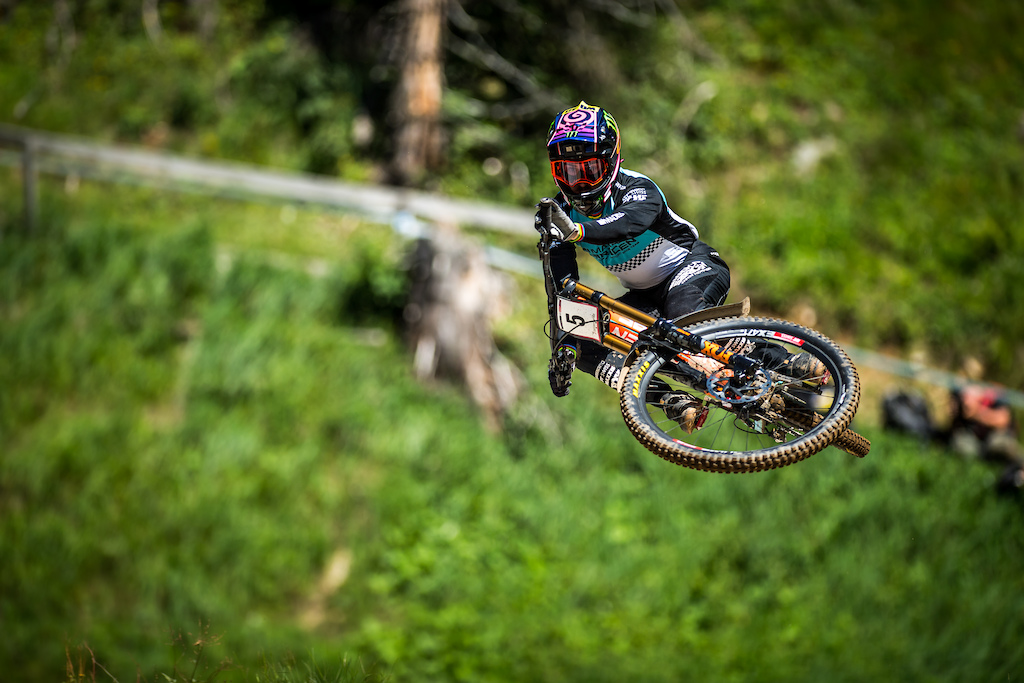 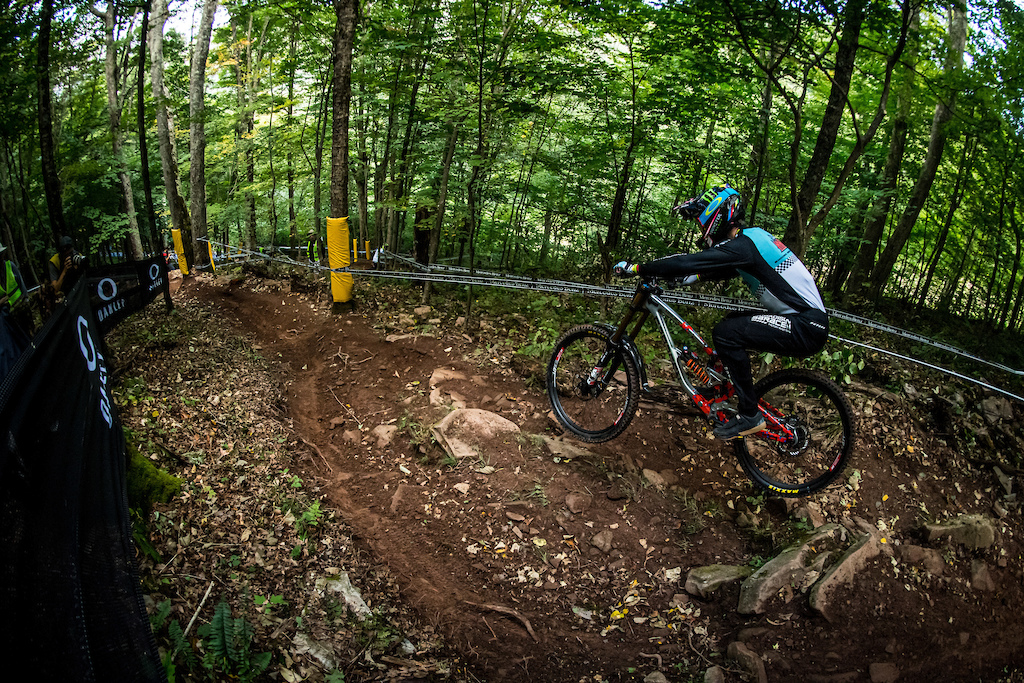 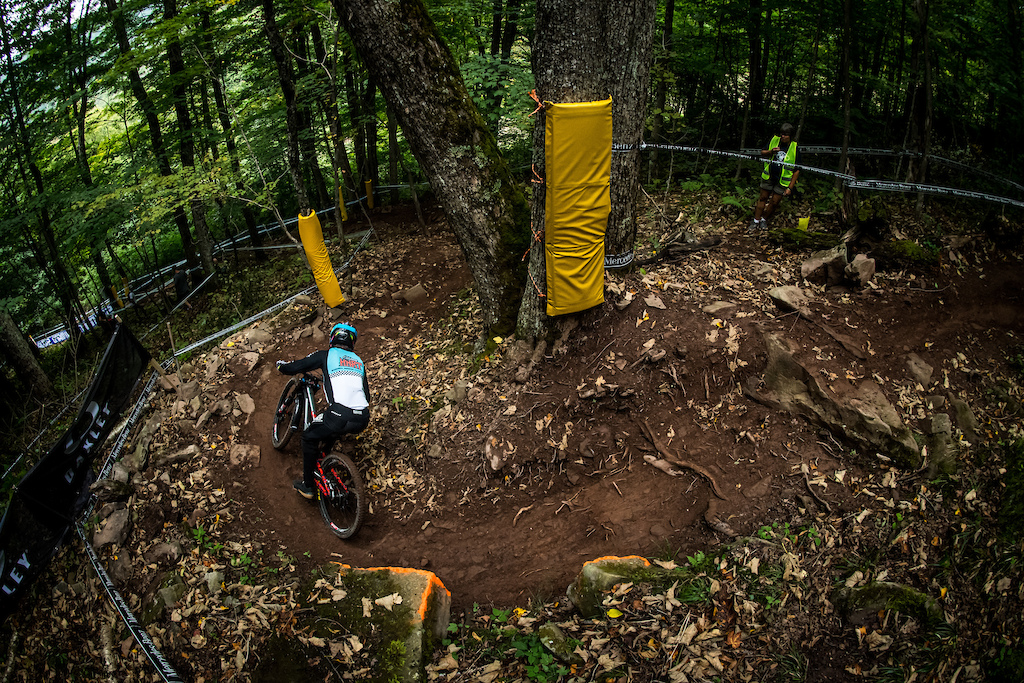 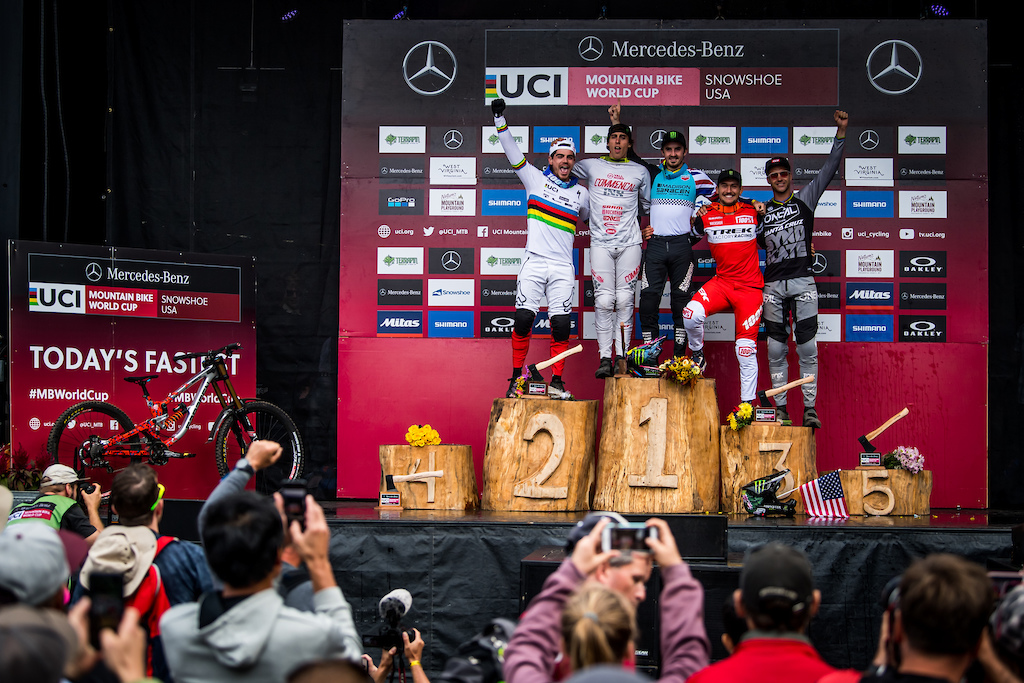 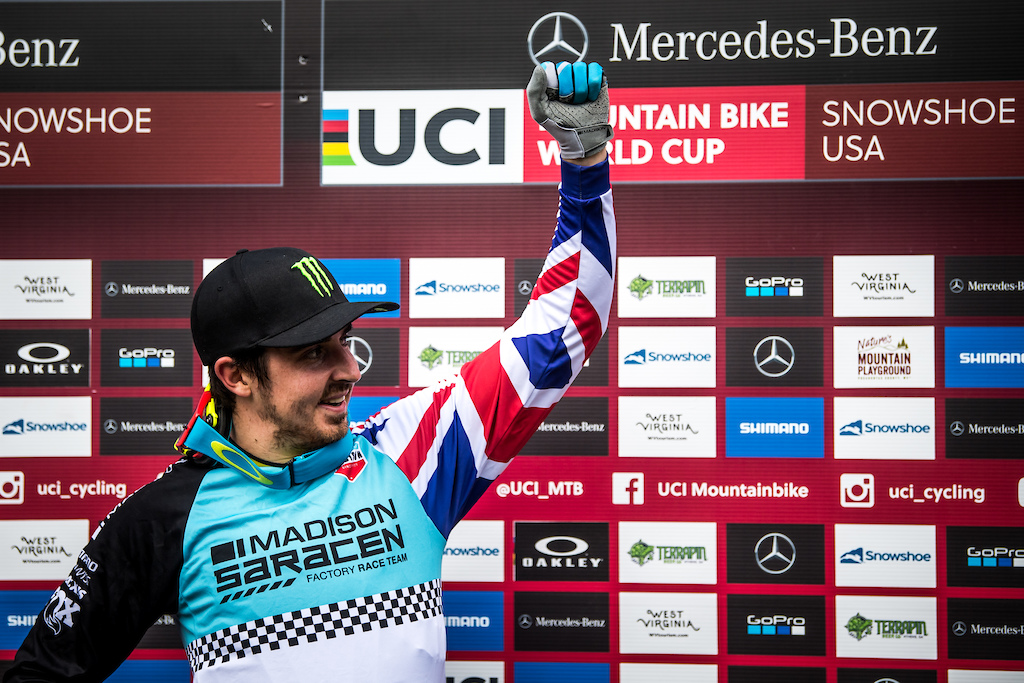 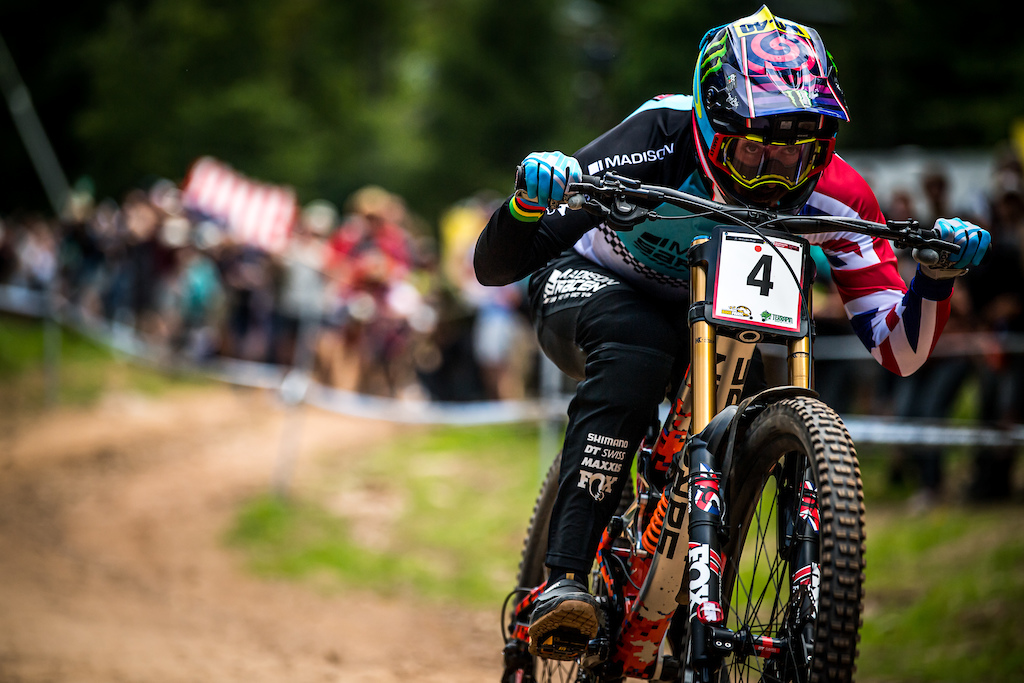 If a more-prepared Danny Hart is able to enter the start house at round one of the 2020 UCI World Cup series in Portugal—and history is any indication—it will bode well for his aim to claim the overall championship, which is the only major title that has eluded him to this point in his career. “I have been able to win single races,” acknowledges the 2011 and 2016 World Champ, “But the goal is to be the best overall on the season.”

enduroNZ (Nov 13, 2019 at 0:17)
Maybe but how many athletes could actually achieve that goal: Danny certainly could

Personally my money is on the ever reliable Brosnan getting a win or two on the board to go with his consistency to take the title.

AAAAAHHH (Nov 13, 2019 at 0:25)
"his first baby due in February" : sounds highly contradictory with claiming the overall title next year !

(I know what I´m talking about: 14 month and the only nights I slept through were when I went on a bike trip with the boys - when you are suddenly happy that the guy next to you only snores a little bit)

sewer-rat (Nov 13, 2019 at 1:59)
I love watching Danny ride and his determination but Bruni has simply been next level this season, now he knows how to stay on his bike he just looks unstoppable. Saying that I'd love to see Troy take the title as that lad well and truly deserves it IMO

russthedog (Nov 14, 2019 at 4:33)
I reckon danny and amaury have the highest speed potential on the circuit but agree logic had the consistency - next season will be rad!

jaame (Nov 13, 2019 at 4:57)
Danny, if you're reading this, I think you're a right funny c*nt. Can you do a jokes video next time please? Jokes with Danny, Danny does standup, something like that. It would be cool and funny like the start of this video. A welcome break from the norm of riders saying "We're here in blah blah blah, yeah my run was pretty good" and that kind of fluff.

betsie (Nov 13, 2019 at 1:40)
I think that whist the tracks are wide open and not technical like they once were then Danny will be top 5 but not top 1. I believe that if the tracks were more old school then Danny would be top man. The lower rock garden at SnowShoe showed where his skills were on a different level. Pretty much the only rider to pass that tree, rooty right hander without issue. I would be pretty sure that this is where he won the race.

slowlow (Nov 13, 2019 at 5:55)
Great video - hope this dude keeps ripping hard till next season. Definitely a fave.
Not sure what that music was but I personally found it to be a solid change from the typical “bleep bloop bleep” computer generated mountain bike video music. It fit well for sure with the riding. If it’s too loud you’re too old...right? I am pretty old though...

ctd07 (Nov 13, 2019 at 1:04)
Oh t'would be delightful to see Danny boy with some winning splendour resting on his mantlepiece before the chilly months move in. That awful cacophony was very unbecoming though.

Merohedra (Nov 13, 2019 at 9:01)
Would love to see this happen but unfortunately the Frenchies, and Brosnan to name a few will be extremely hard to beat next year I feel. Still best of luck Danny, always one of my favourite riders to watch blast down the track

adzrees (Nov 13, 2019 at 2:45)
Next season is going to even more exciting that the last - the top is getting tight and Danny along with the frechies is clearly in touch! Good Luck Dude!

danlovesbikes (Nov 14, 2019 at 2:07)
Go Danny. Not sure why so many people are keen to write him off pre-season? Perhaps they're not familiar with what's been achieved?