Back in the summer of 2021, with news of their first Drop and Roll shows in two years on the horizon, Danny MacAskill and Duncan Shaw decided to dust off the tour bus, load up the trials bikes and head out for a couple of days. The two friends explored what riding the Welsh coast had to offer, before then travelling north to more familiar sights on the shores of Scotland.

Shot 100% on GoPro "Cruising Vol 1" takes you along for the ride as Danny MacAskill and Duncan Shaw visit the shores of North Wales and places like Abergele and Llandudno in the search for some new spots to explore on their trials bikes. Moving north, the crew swapped the Welsh coast for the northeast coast of Scotland in Morayshire starting with an abandoned sea swimming pool in Tarlair before riding Macduff Harbour, Cullen Harbour and then riding the well-known Cullen viaduct. 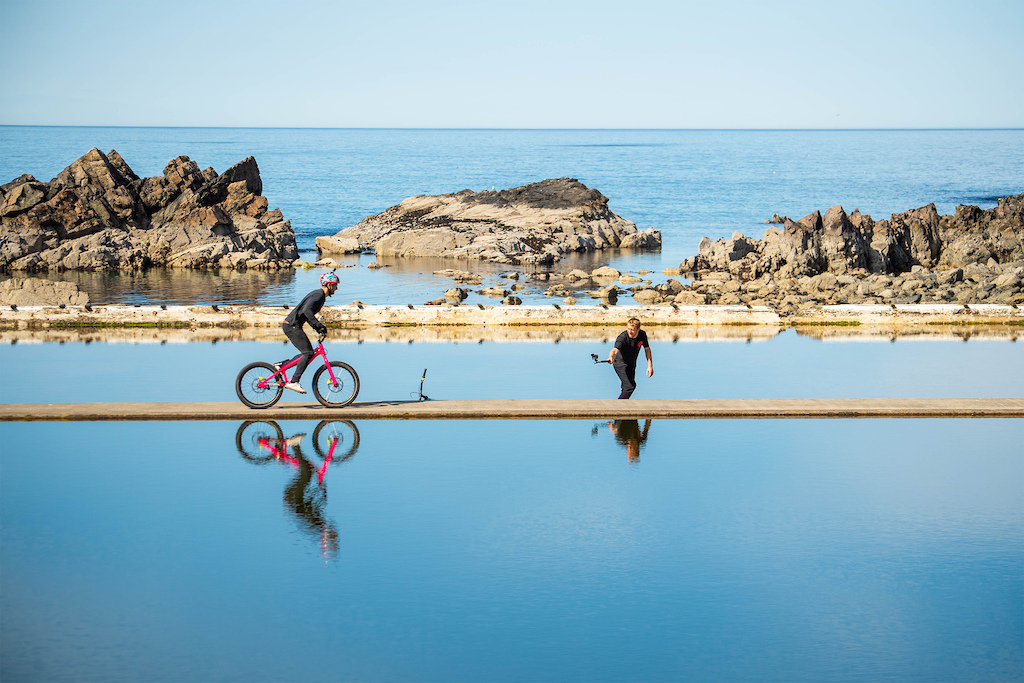 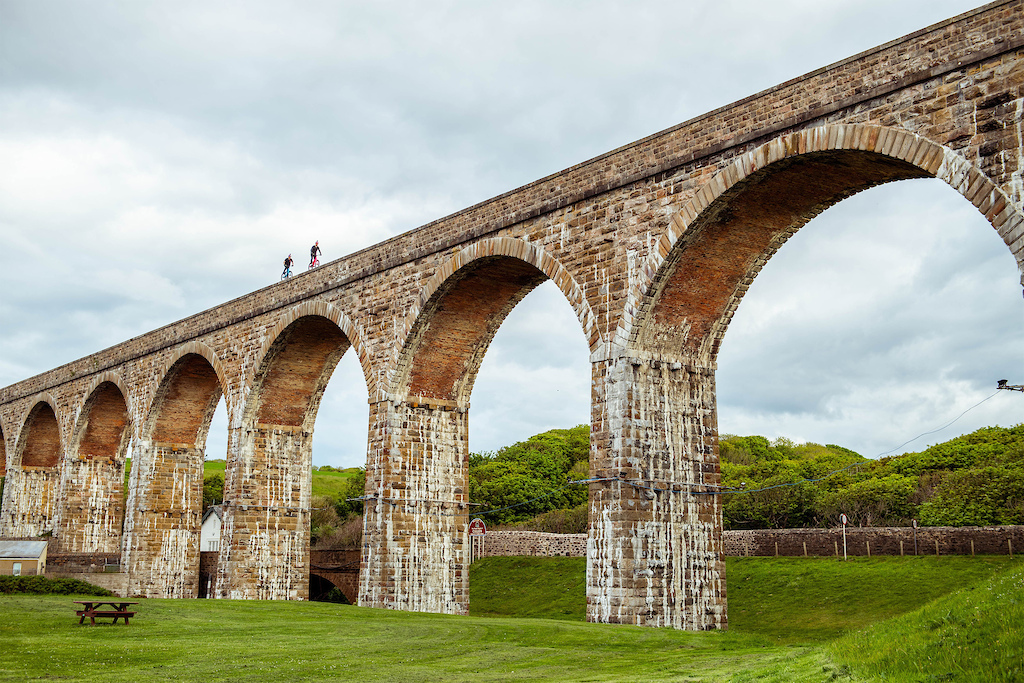 Davec85 (Oct 12, 2021 at 5:51)
I can't fathom how anyone has the mental fortitude to do that. We could all ride between two lines that wide apart on the pavement, but it's a different ball game when one side of the line is guaranteed death.

TheR (Oct 12, 2021 at 9:22)
Yep. The only part of that film that gave me anxiety. Also probably the easiest thing they do in terms of skill required.

betsie (Oct 12, 2021 at 3:13)
The old Tarlair lido is such a cool place to visit. Luckily its only an hour from home.
When we were there a couple of weeks back (paddle boarding, swimming in the sea with the wet suits on and jumping off the stacks into the sea, they must be 50ft+ high), I thought it would be great for a Danny Mac video and here it is. Stoked.
Tarlair has just been taken over and is due for renovation with works due for completion in 2023.
The local old boys with their radio controlled boats keep the water clean, cut the grass etc and go there Sundays.

The riding ridge along the road on the top of Bow Fiddles rock would make for some epic shots.

novajustin (Oct 12, 2021 at 9:02)
came to the comments to ask what this place was, glad to see a scot answered for me. looking at old pictures of this place now, cheers!

weziewoo (Oct 12, 2021 at 8:16)
Every Danny video immediately makes me want to watch it. They're so cool. And the soundtrack for it is incredibly under appreciated. As a non-native speaker, I have a hard time understanding Danny speaking. That older guy in the video though... I didn't catch a single thing.

Also, I agree. Danny’s videos have the best soundtracks.

betsie (Oct 12, 2021 at 11:00)
@TheR: I think the old boy is speaking Gaelic.
Lived here all my life (born in Inverness and lived along the road for nearly 47 years) and its only on the road signs you see Gaelic, pretty much nobody actually speaks it.
Danny though, he speaks pretty just like a local, if you need any translations, just ask away.

Fellow American here. Danny has an accent, but I find him totally understandable.

But yeah, that older gentileman. I even went back and rewatched that short clip a few times, and I couldn't make any sense of it either.

So either his english accent is much thicker, or yeah, maybe its Gaelic like @betsie is saying.

betsie (Oct 12, 2021 at 12:45)
@ocnlogan: dunnae be tellin the old Scottish boy he has an English accent. He would be jumping in his fishing boat and hunting you down. Lol

Some of the local dialect.
youtu.be/X_CEF7_cSfk

aldo79 (Oct 12, 2021 at 13:18)
I used to live near Llandudno and Abergele when I was a kid and always thought some of the spots around there would make for a decent trials edit in the right hands. Glad to see they made it there finally! Also from Glasgow originally so had the pleasure of seeing these lads tearing around Kelvingrove Park and the city centre quite a few times.

preston67 (Oct 12, 2021 at 14:48)
Your first focus of course is on the amazing skills, but what continues to blow me away is how much power these guys can generate on those hops. From the giant gaps without any momentum, to landing the 8'+ drops, to bunnyhopping an entire picnic table, the explosive power in these guys legs and shoulder/back is incredible.

therevfryslim (Oct 12, 2021 at 12:41)
YES! I was wondering where you had been and where you were going when I passed your D&R van on the newtown bypass over the summer! would have given you a honk but didn't have the time!

oreamnos (Oct 12, 2021 at 8:24)
What is the name for the little trick they do when they quickly nose the front wheel onto a feature before immediately transitioning to the back? So subtle, but so slick!

aljoburr (Oct 13, 2021 at 10:56)
Must be a conspiracy theory, that comments disappear?
Cant wait for alien uprising to scare the shit out of all the sheeple!

murfio (Oct 12, 2021 at 14:06)
My favourite part was probably the ACAB graffiti
Below threshold threads are hidden

aljoburr (Oct 12, 2021 at 8:31)
Yes a weird year for sure!
Made all the weirder by fact that no one is allowed to say real reason for all the weirdness?
But truth is Danny & Duncan are still have amazing skills on weird bikes!

ajantom (Oct 12, 2021 at 10:19)
What, you mean Covid and the lockdowns that everyone talks about all the time?
Or are we sheeple, and it's all a conspiracy man?
Post a Comment