In 2009, Edinburgh famously provided Danny MacAskill with the epic backdrop for his breakthrough viral video; “Inspired Bicycles, April 2009.” 10 years on, Danny returned with the Drop and Roll crew for a 22 day, 25 show stint at The Edinburgh Festival for the all-new show “Drop and Roll Live”. 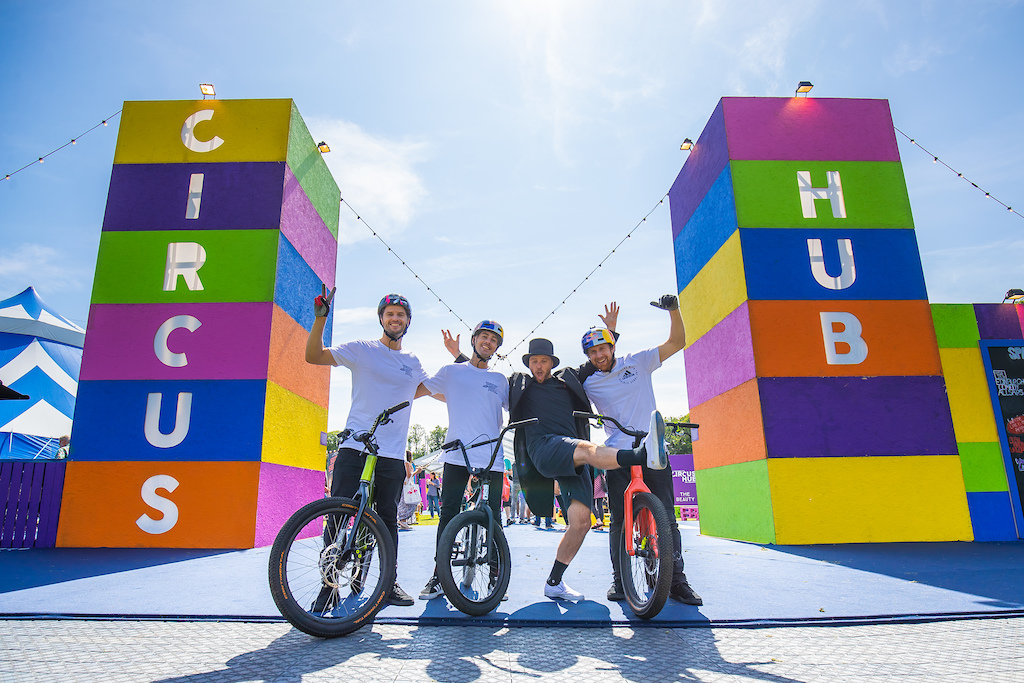 Duncan, Kriss, Henry and Danny just before the first show. 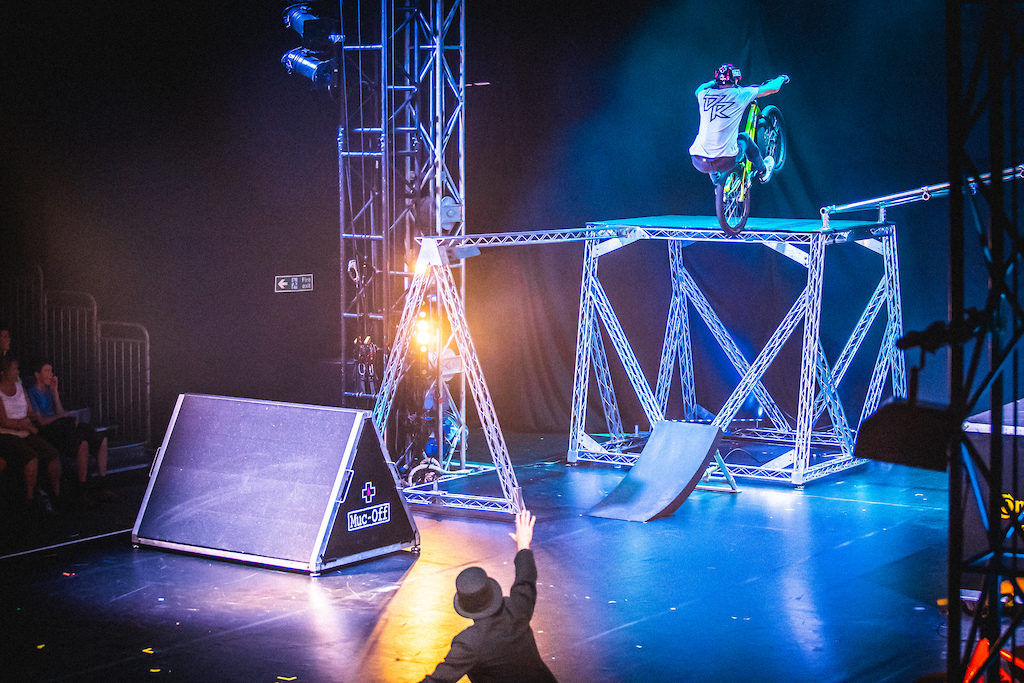 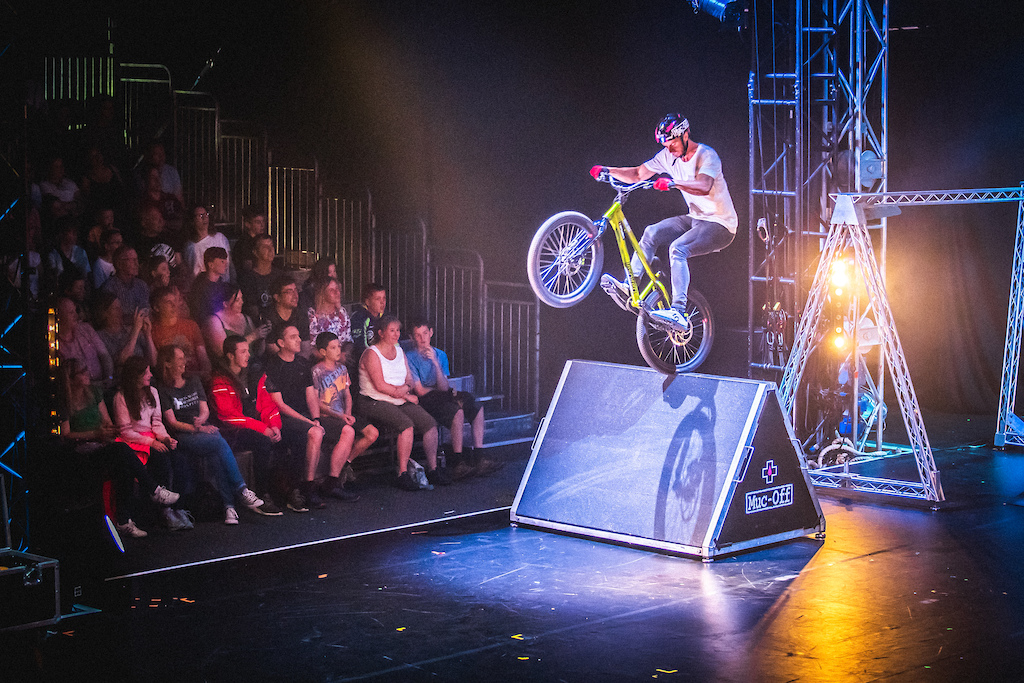 Duncan Shaw warming the crowds up with some technical trials riding. 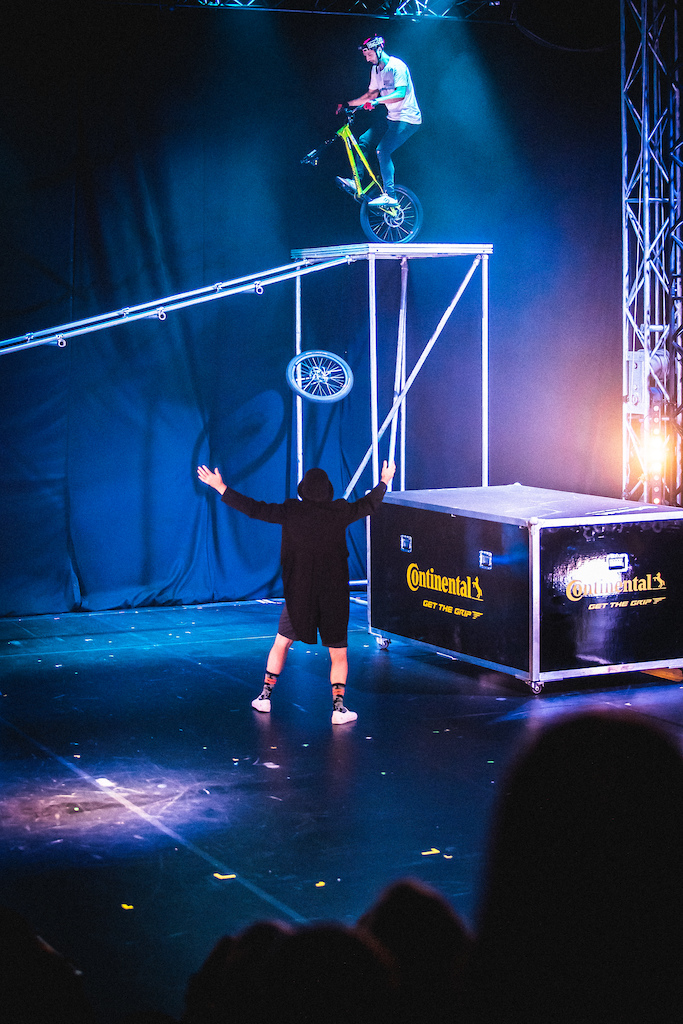 Not the best place to be having a mechanical! 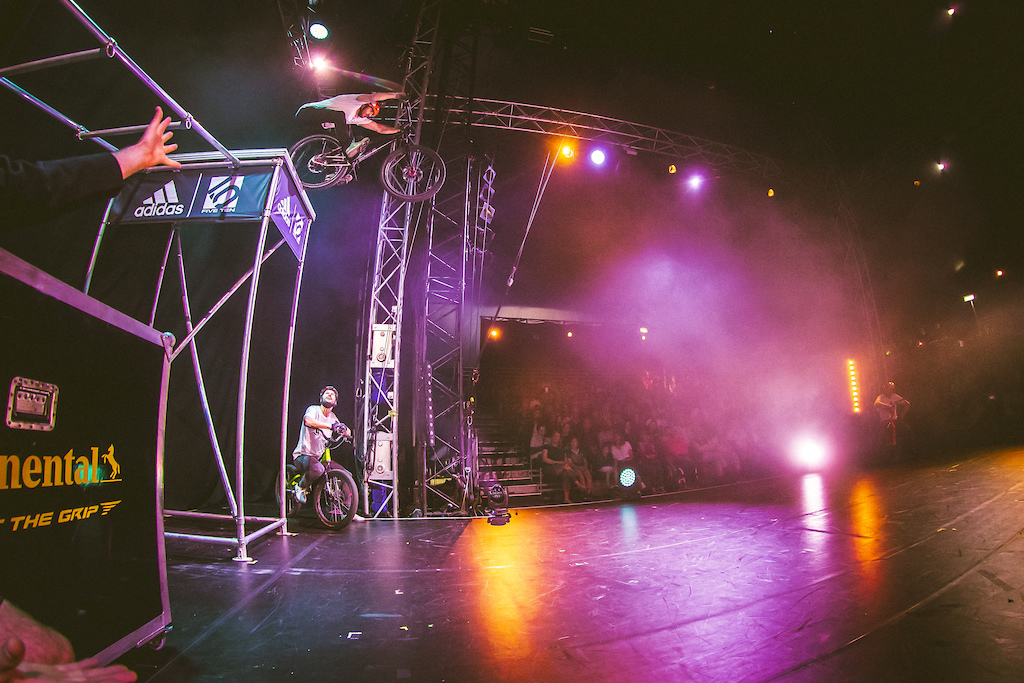 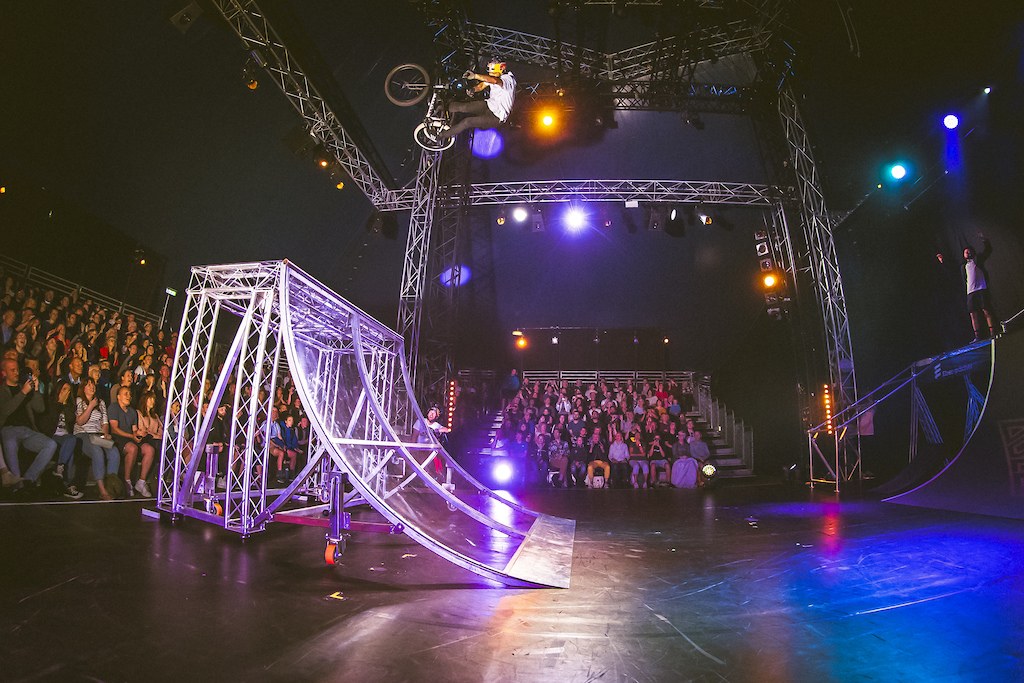 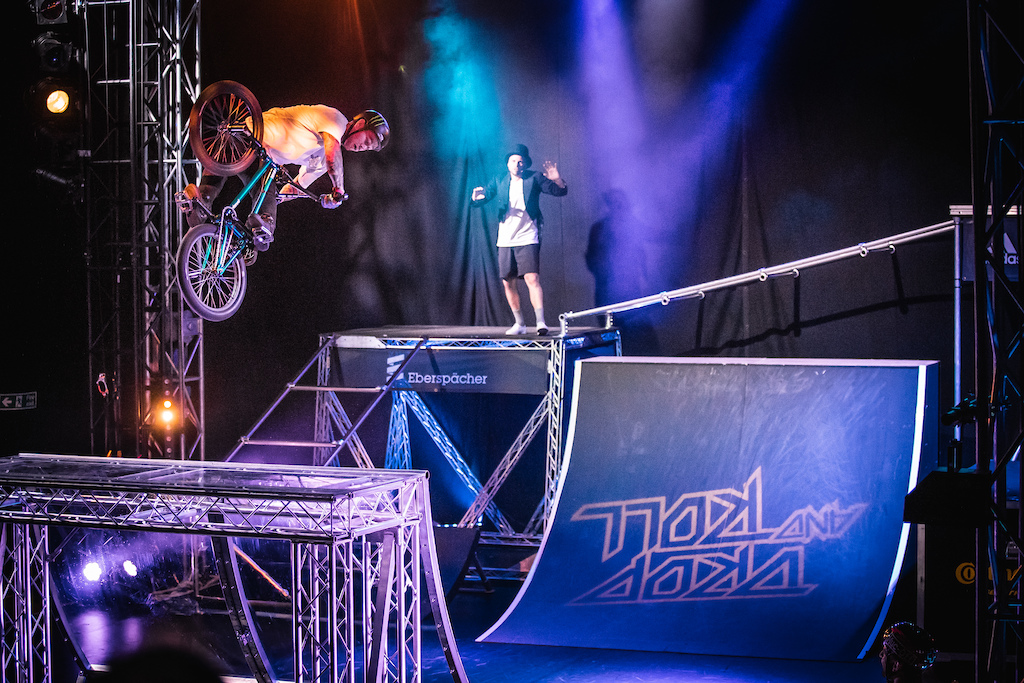 For the first time ever BMX was introduced to the traditionally trials only show. Kriss Kyle and Alex Coleborn made their Drop and Roll debut this year doing what they do best using a custom made transparent halfpipe. 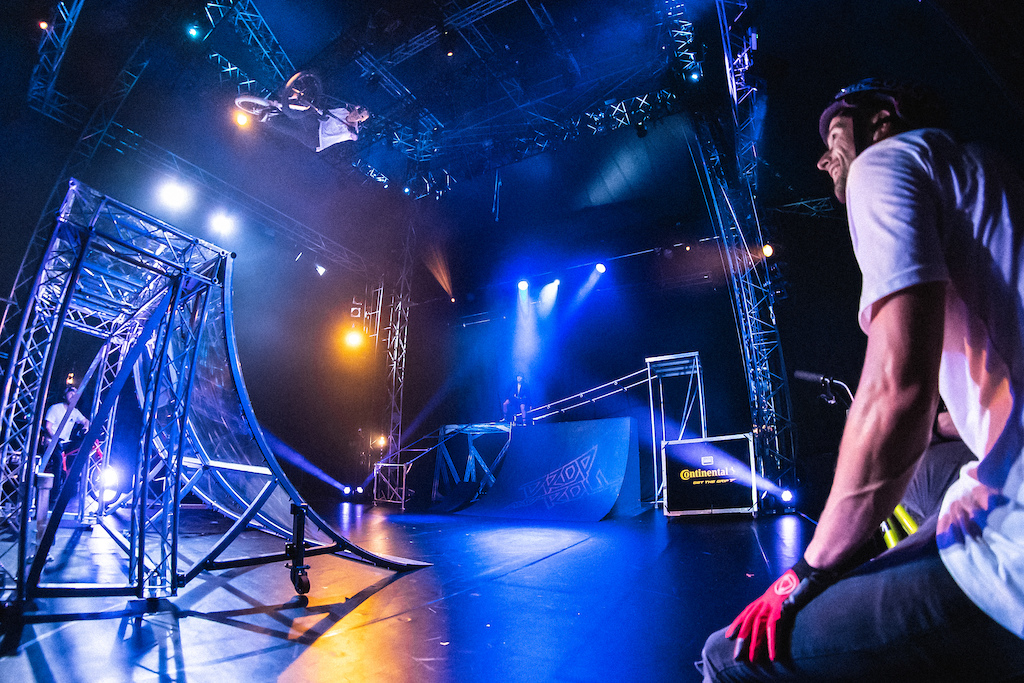 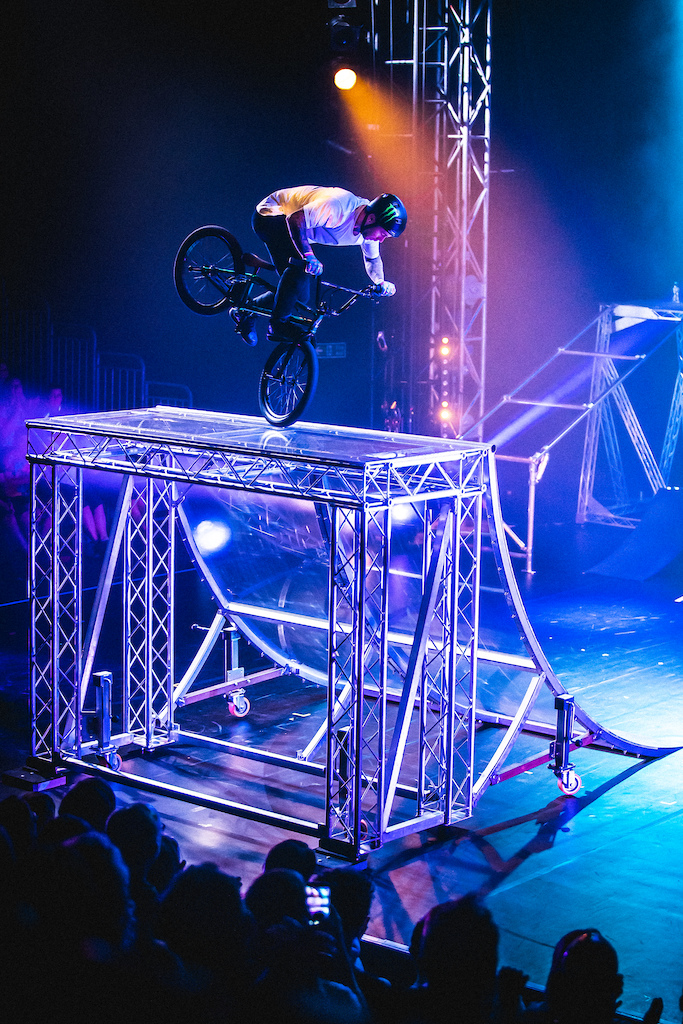 Alex Coleborn foot jamming on top of the transparent quarter. 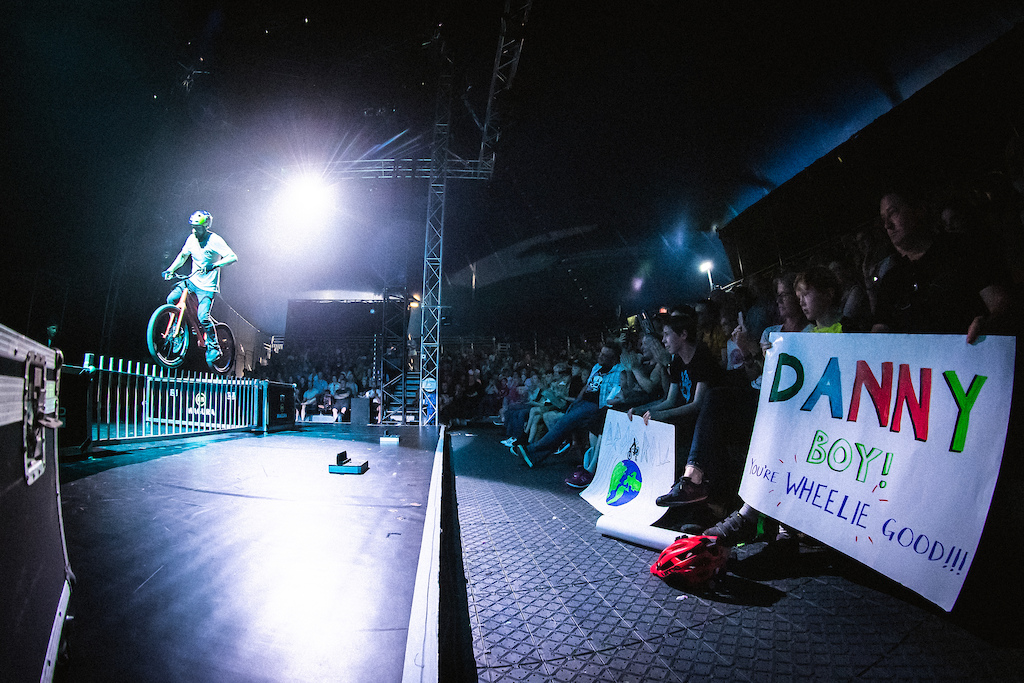 Some even brought their own homemade banners to cheer Danny MacAskill on as he tackled the infamous Spikey Fence. 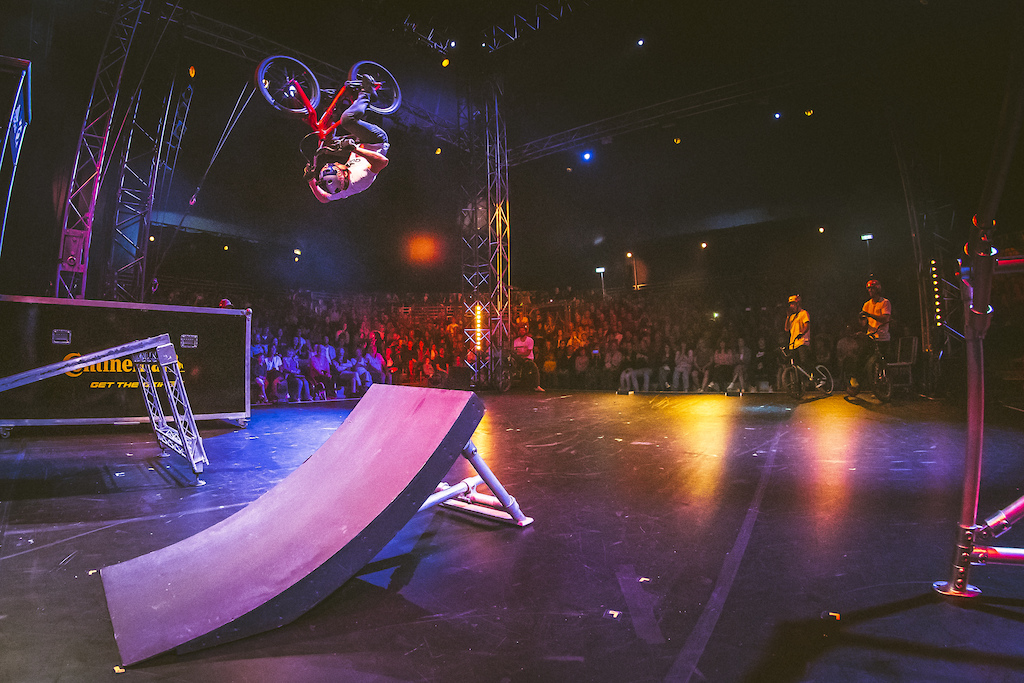 Danny ending the show with a frontflip before the team dished out some prizes from our sponsors to the audience!

astorms (Jan 30, 2020 at 5:50)
Among all to discussions about varying standards, upcountry, downcountry, mid-country, kashima, seat-angles, HT angles, progressive geometry, water-bottle cage location, failed frames, endurbro, blah, blah, blah......here is a small group of "cyclists" who are keeping it fun. The looks on the faces of the kids in the crowd say it all.

gotohe11carolina (Jan 30, 2020 at 3:12)
Is this proof that he has to film a separate gag reel cause he really does land everything the first time, hence a live show?

Superburner (Jan 30, 2020 at 18:34)
Took the family to see the show. Arrived hours early and snagged front row seats, what and experience. Danny was hurt and didn’t ride too much but he did break out some tricks. He missed a flip off a ramp and landed on his back,... it was horrible, Hit the deck so hard, I can’t imagine how bad it hurt. The MC asked the crowd if they wanted to see Danny try again and all the kids and parents were screening for him to do it again. All I could think was, no Danny, that was a good effort man, I’ve had my moneys worth, don’t do it. Needless to say he nailed it on the retake but I was nervous for him.

robito (Jan 30, 2020 at 6:16)
Bike culture is just on another level in Europe. I wonder if a show like this is even possible in the states and whether people would be willing to pay to see it. I'd like to hope it is.

aljoburr (Jan 31, 2020 at 0:43)
@DirtbagMatt: Just imagine the horses wearing Bunny slippers & the sound of coconuts will go away!

ljs78 (Jan 31, 2020 at 9:24)
@aljoburr: Aye I'm from Angus & was over a cpl of weeks ago, certainly better than all the wetness in Lochaber just now. I have a friend in Nice, that could be nice. But I'd rather entrust a swallow to carry my bike than some bloody airlines! Unfortunate;y a 5oz bird can't carry a 27lb bicycle.

ljs78 (Jan 31, 2020 at 9:26)
@FriedRys: Maybe someone should recreate the scene but on their wheeled steeds banging 2 freehub bodies together.