In the past few years, the lines between motocross and freeride mountain biking have blurred with events like Darkfest and the Fest Series. These gatherings push the limits of what's possible on two wheels with riders going as big as their motorized counterpart. Just as we saw freeride moto come into the mainstream in the late 90's and early 2000's, we are currently enjoying similar exposure to slopestyle and freeride mountain bike competitions. Crankworx Joyride and Red Bull Rampage are entering the mainstream arena thanks to Redbull and NBC Sports, introducing a new generation of riders to these moto-inspired and moto-informed disciplines. Each sport has progressed year after year. Whether you're into moto's or bicycles - the one thing most every person who swings a leg over two wheels dreams about at some point in time is making 'it' - being a professional athlete, which is no easy feat. Here we show how those lines have blurred, with two riders, one at the early stages of a pro slopestyle career, and the other an X-Games legend now focused more on mentoring.

Ronnie Renner has built a career based around his passion for riding and become a household name in freestyle motocross for the past two decades with little to no signs of slowing down anytime soon. He holds the record as the most decorated X-Games MotoX step up rider to date and has been an influential player in the evolution of freeride/freestyle motocross as we know it. He has also helped foster up and coming talent through the years, sharing his passion for fun on two wheels with anyone who's willing to partake in the joys that fuel his life, and ultimately his dream.

David Lieb is an up and coming slopestyle athlete with the precision and bag of tricks to be a real threat on the FMB world tour. Starting his 2020 season off with a bang, Lieb saw himself in the mix with the top names of the sport at Crankworx Rotorua, taking 4th in Dual Speed & Style in his first competition appearance since making it onto the Factory GT Wings program earlier this year. Coming from bike shop GROM with an extensive background in BMX and riding motocross for fun, to factory rider for both Industry Nine & GT Bikes, he's well on his way to make his dreams come to fruition of making career through riding.


With the COVID-19 pandemic impacting the world - it's times like these that we are actually able to take a moment to think about what really matters to us, what fuels you, why you got into bikes, or that maybe you do want to pursue your dreams. Whether riding is a family ordeal, social activity, or strictly personal - when you're able to - get outside and do what makes you feel alive. 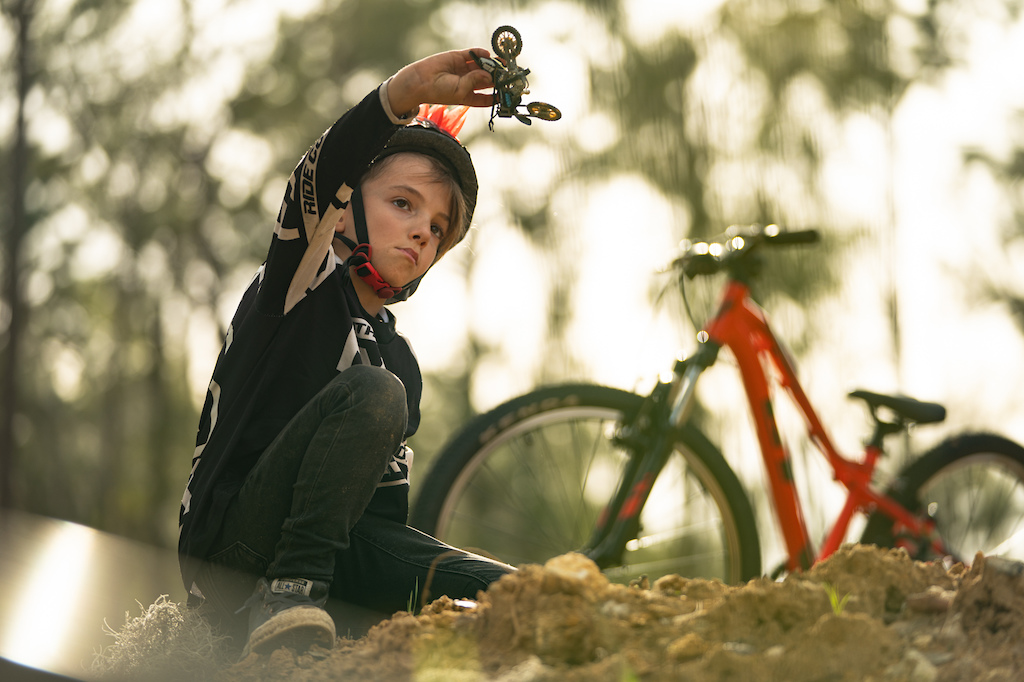 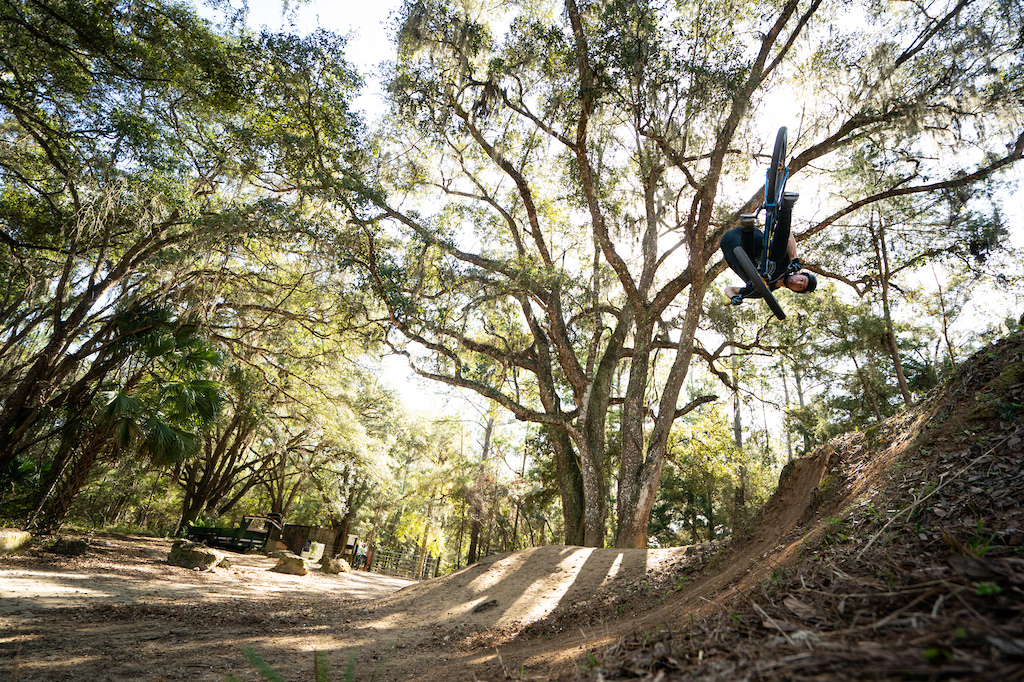 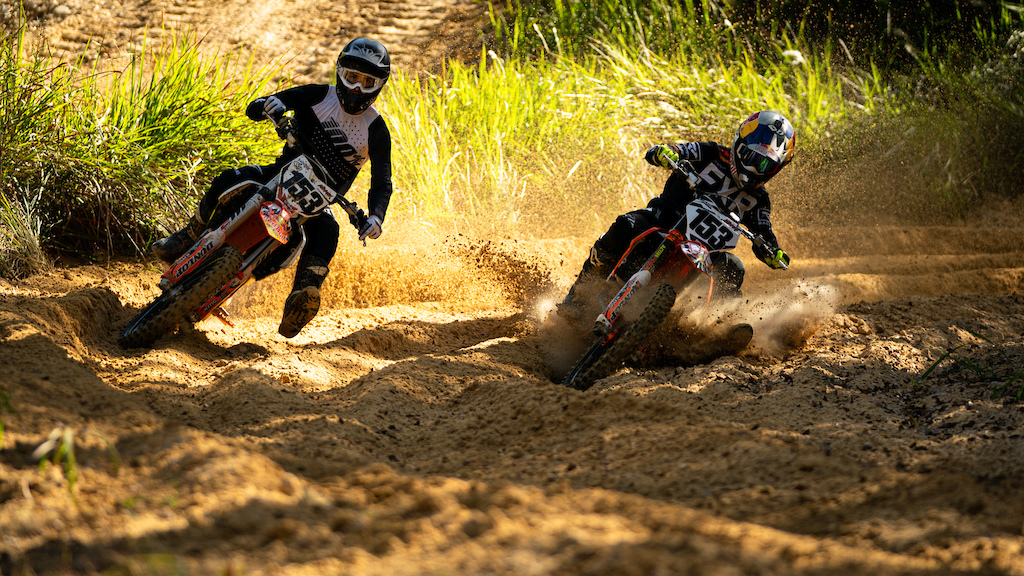 David and Ronnie cutting laps at the house - Railin' ruts! 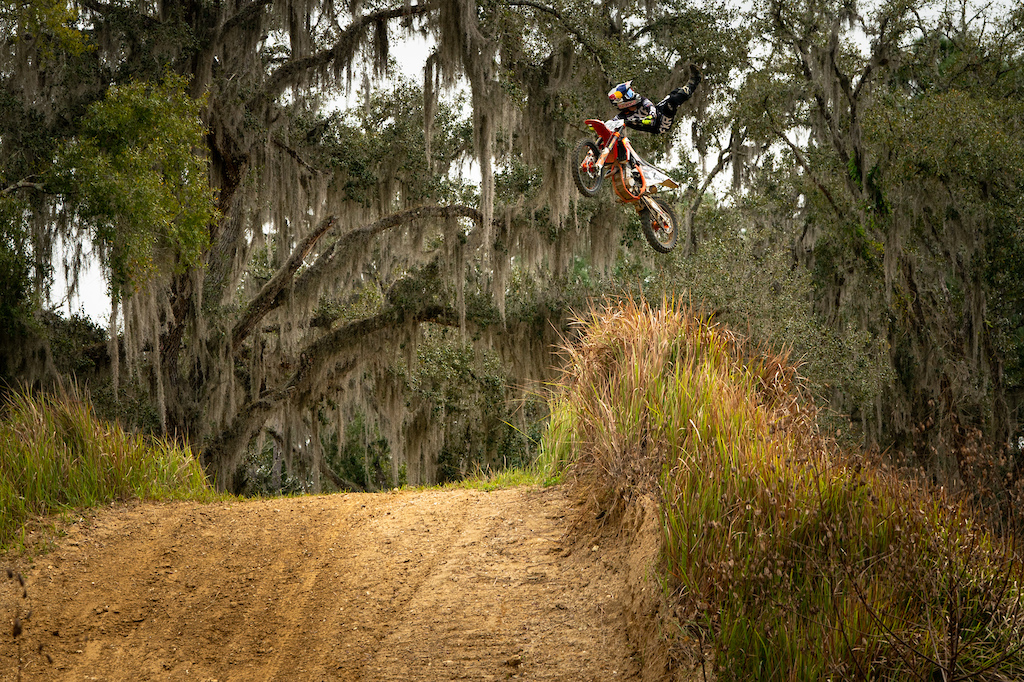 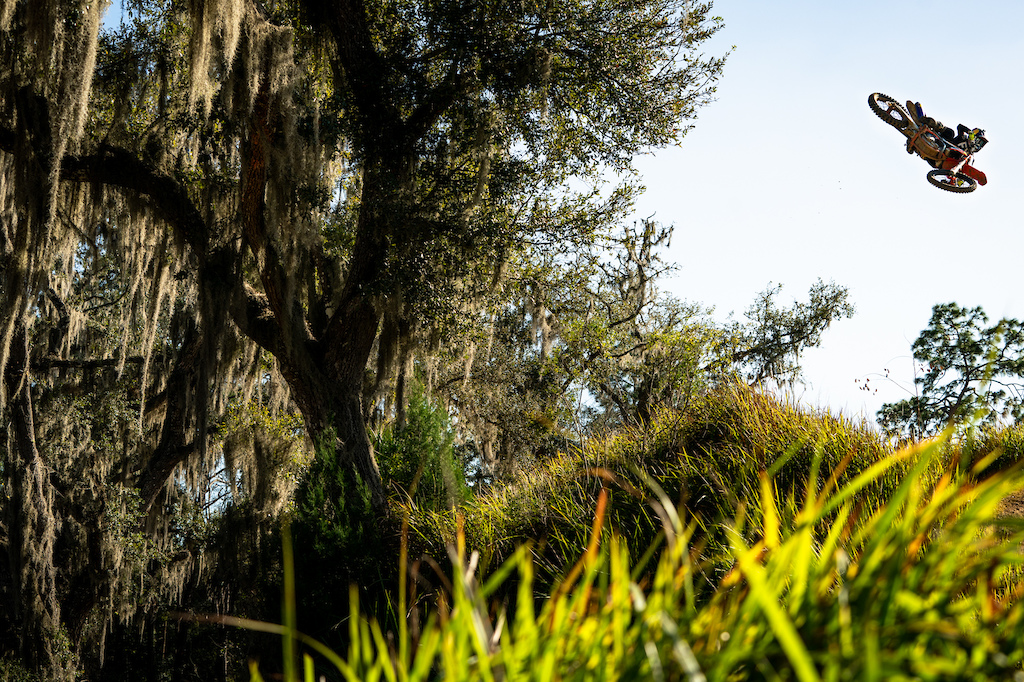 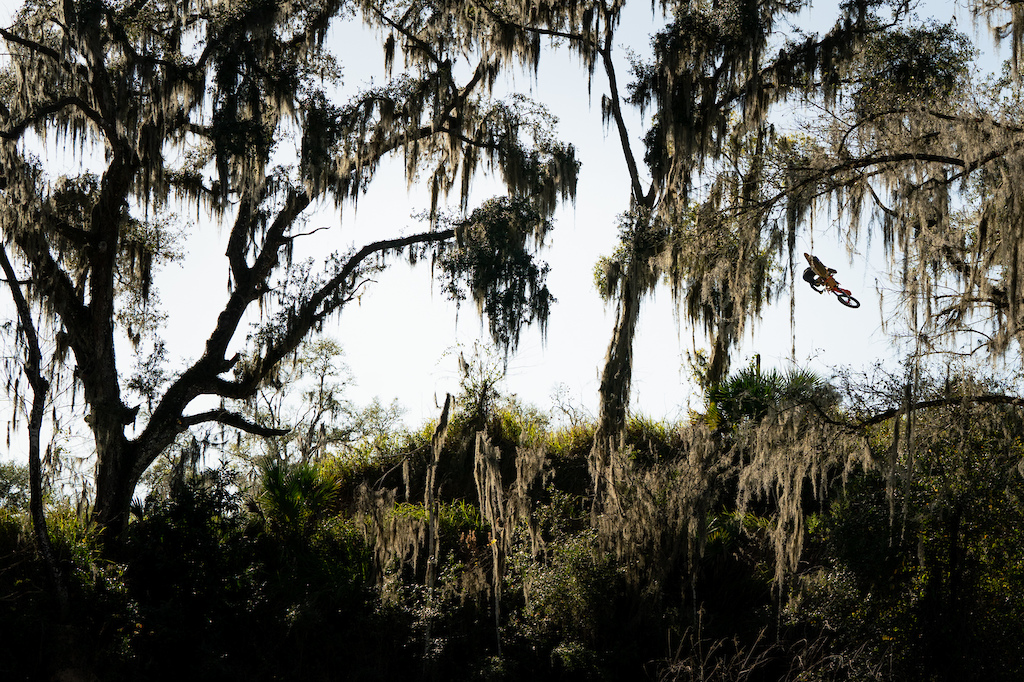 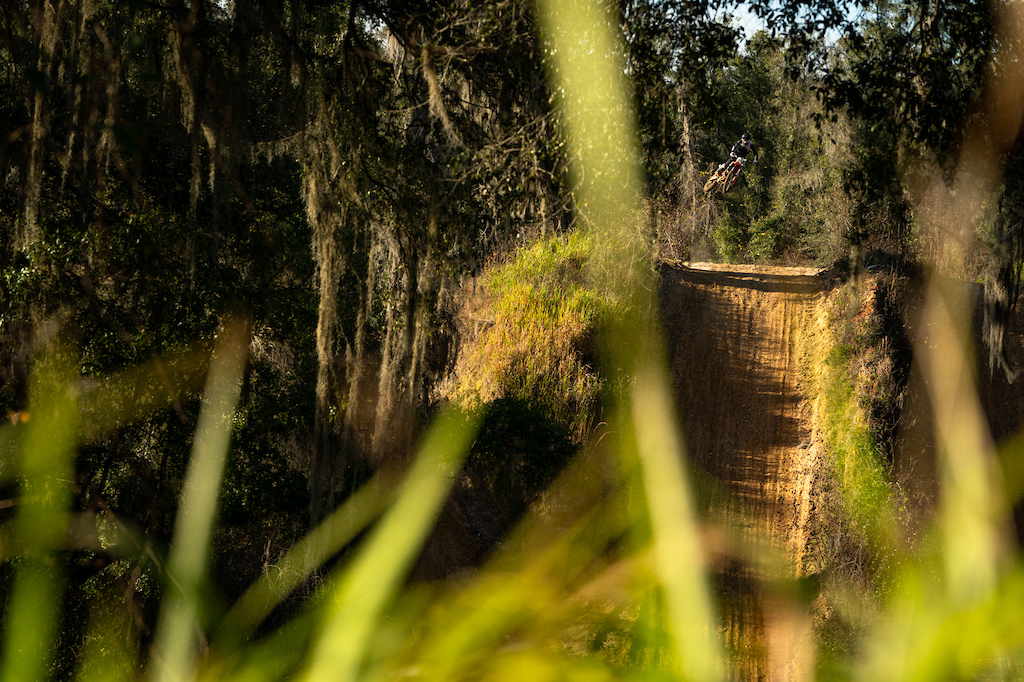 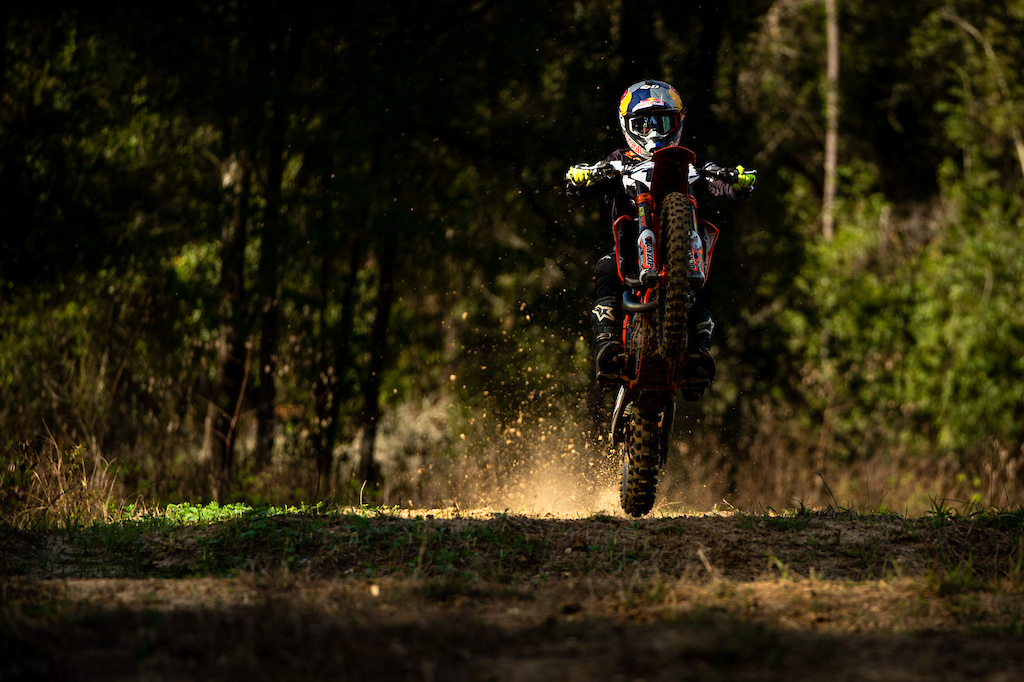 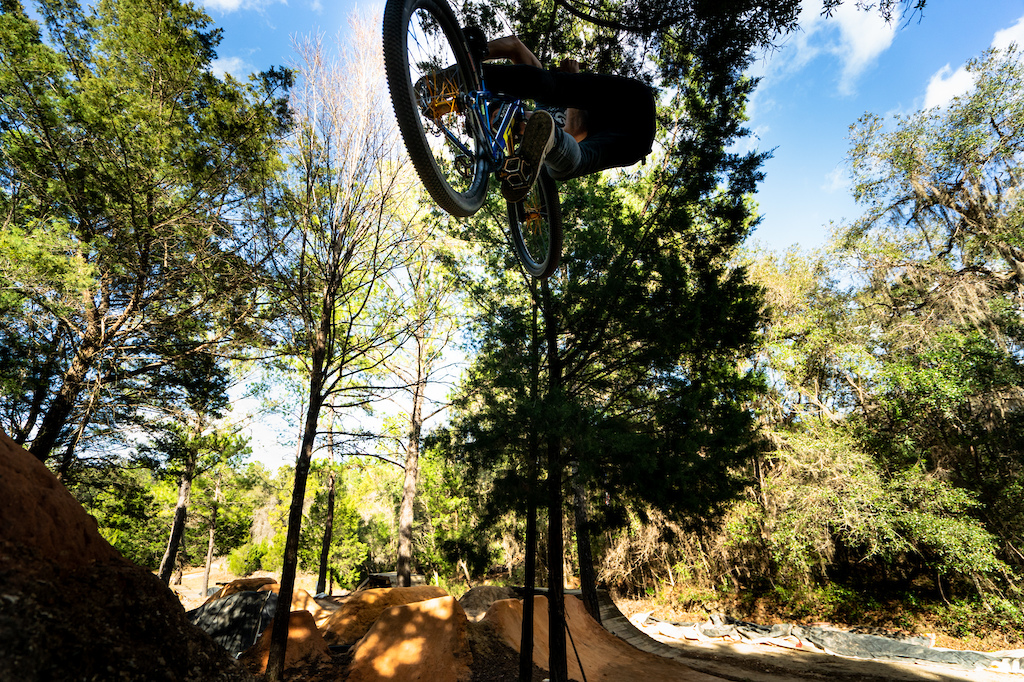 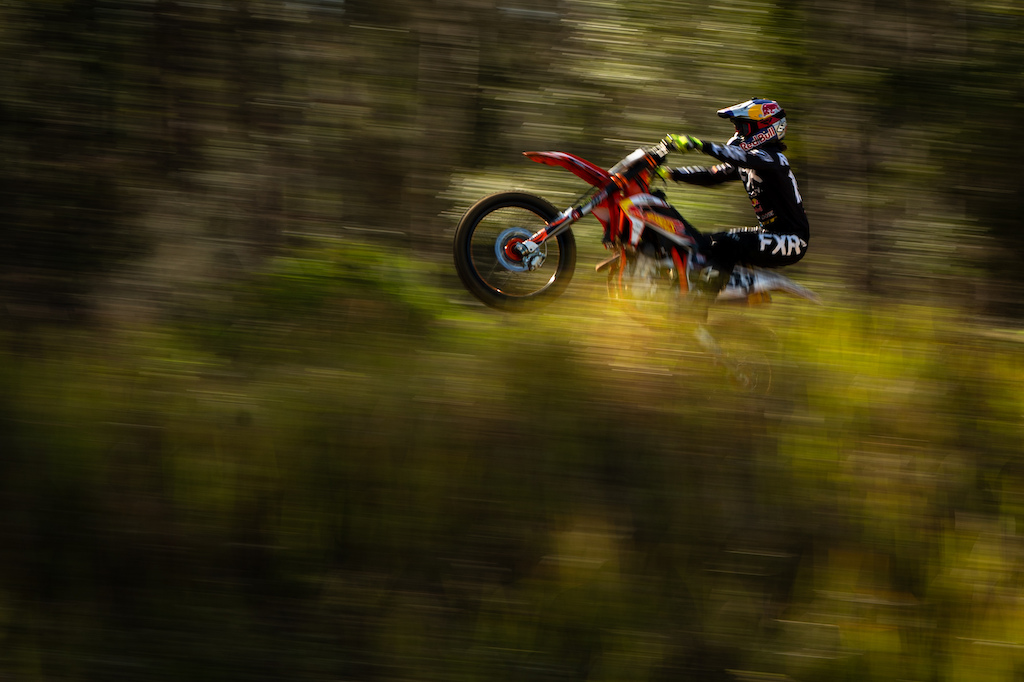 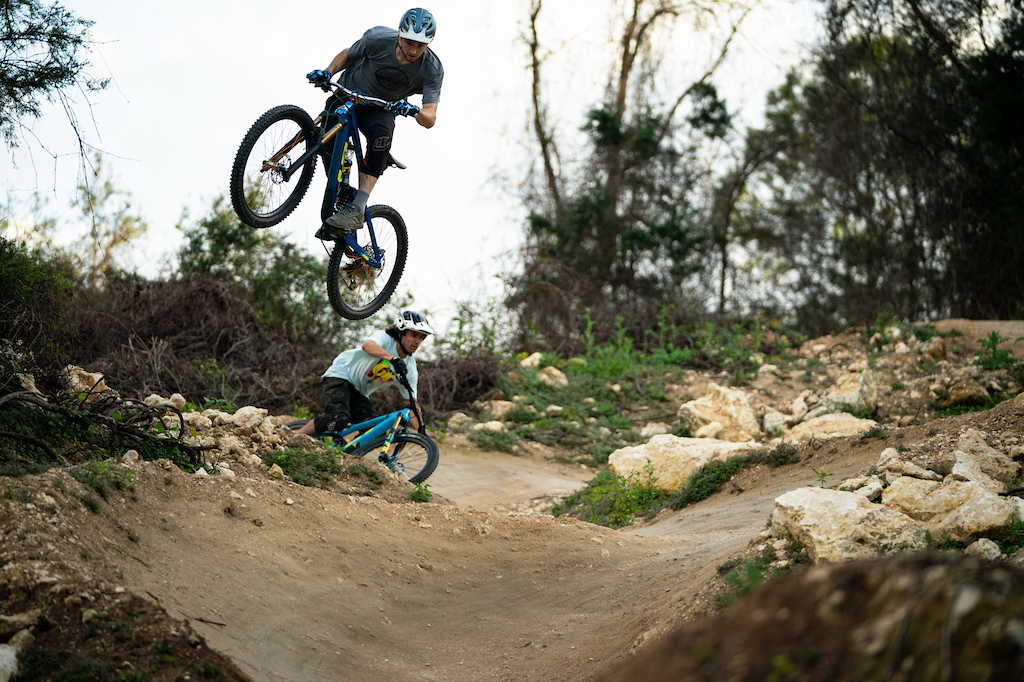 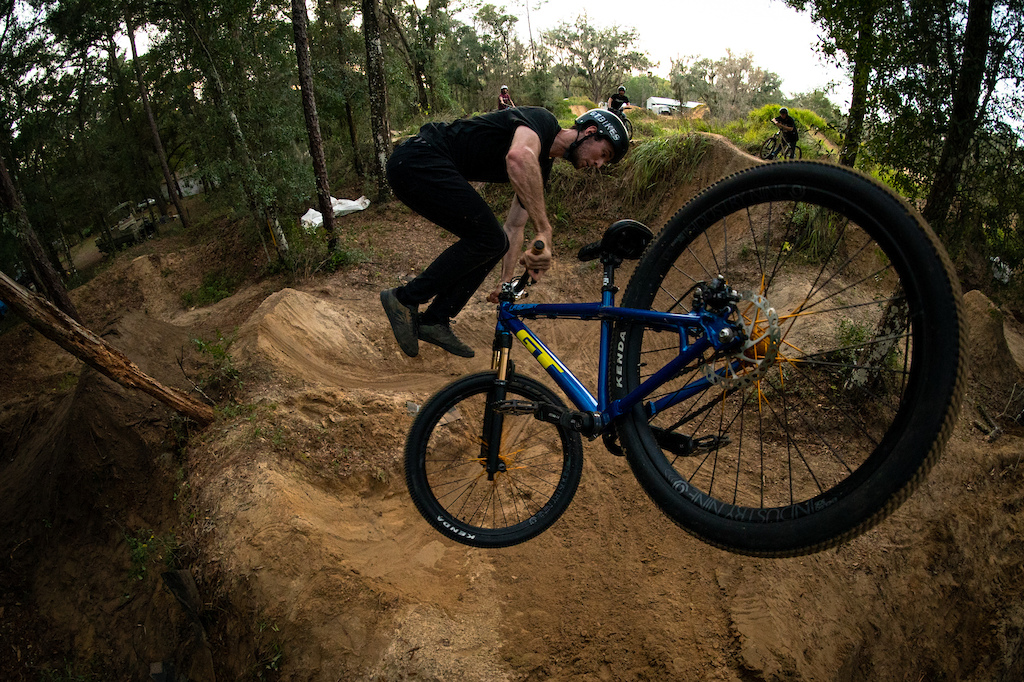 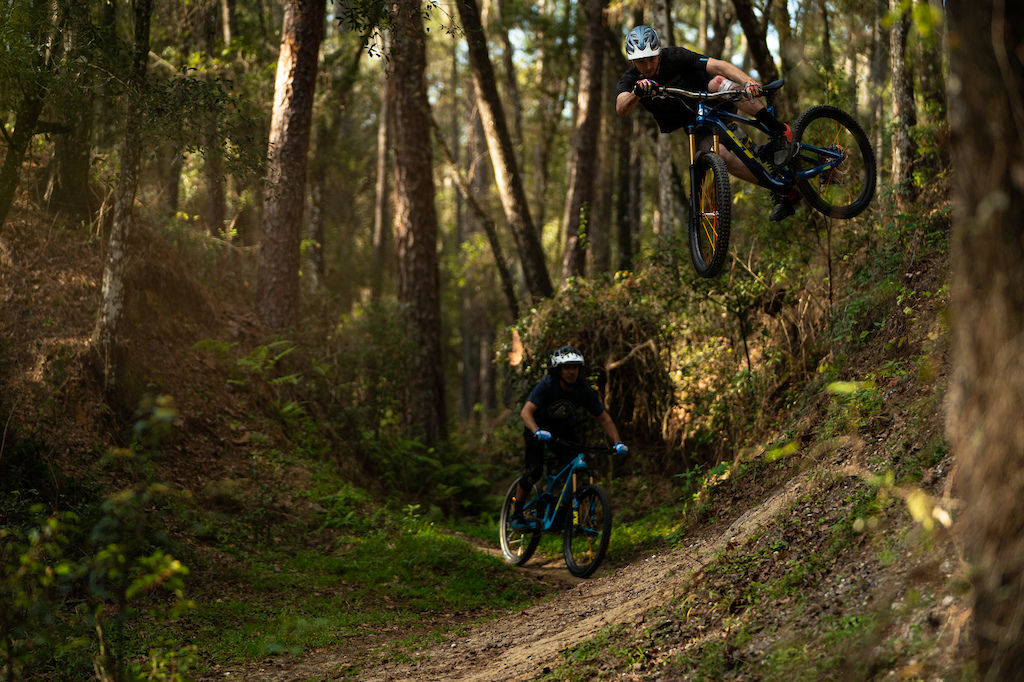 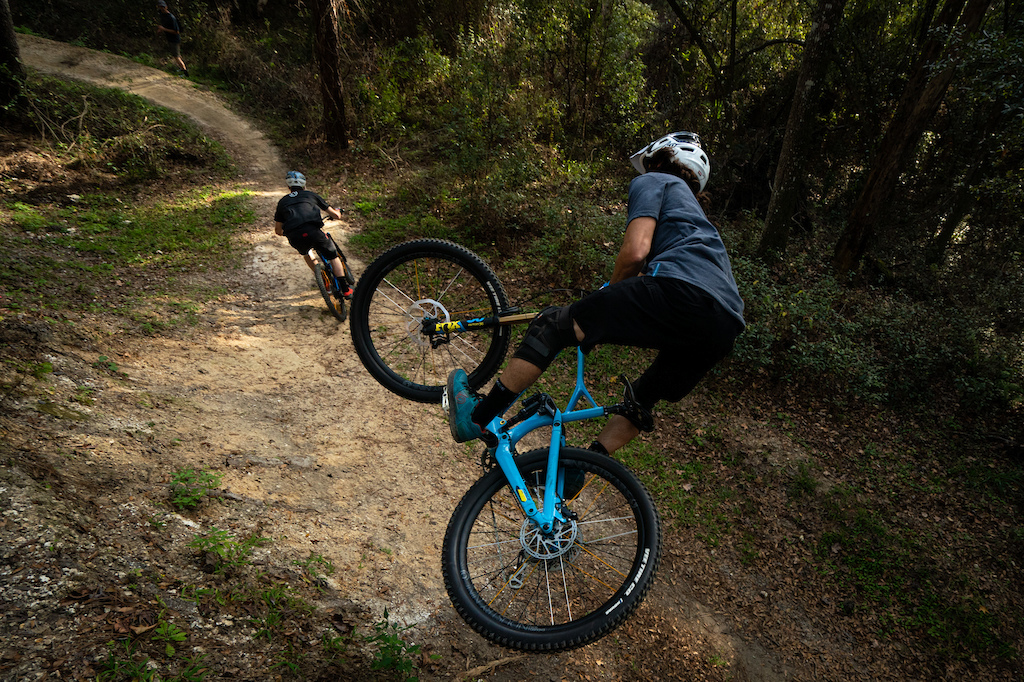 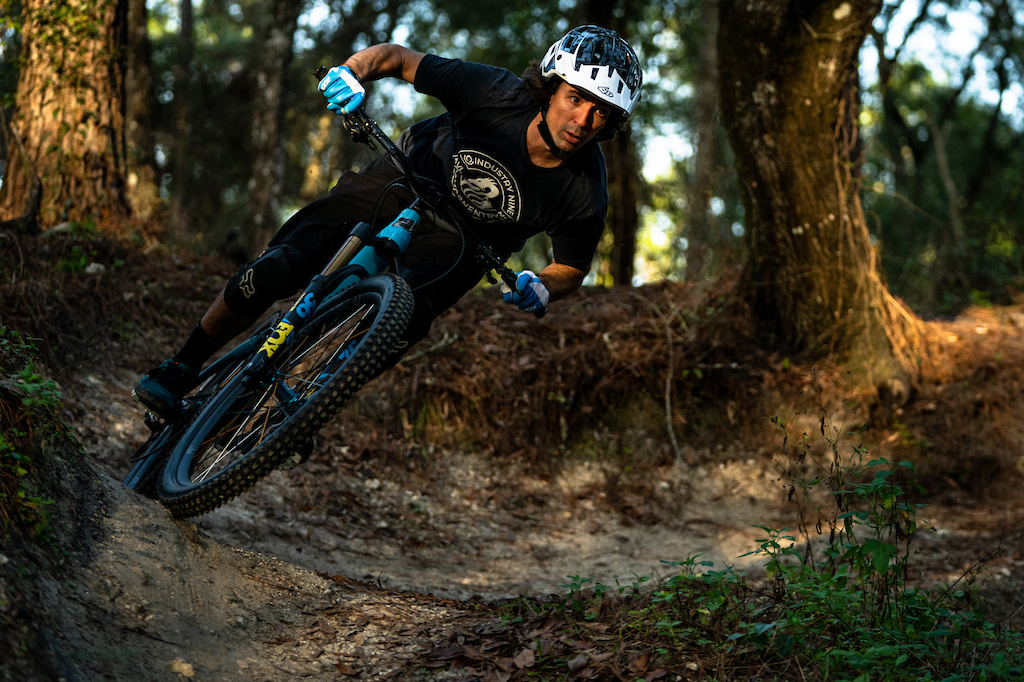 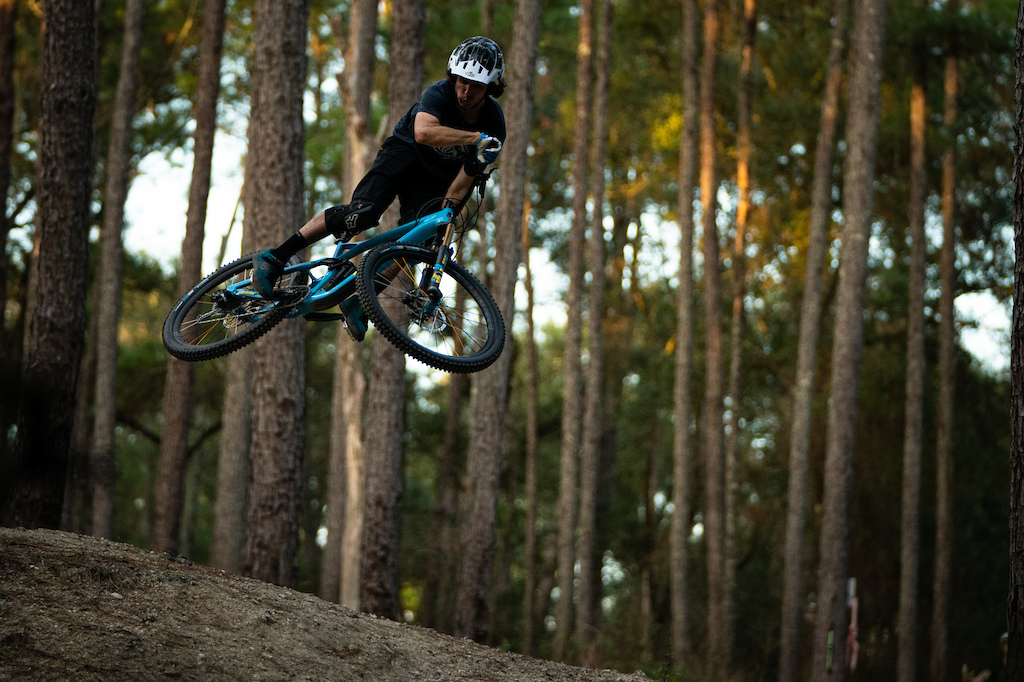 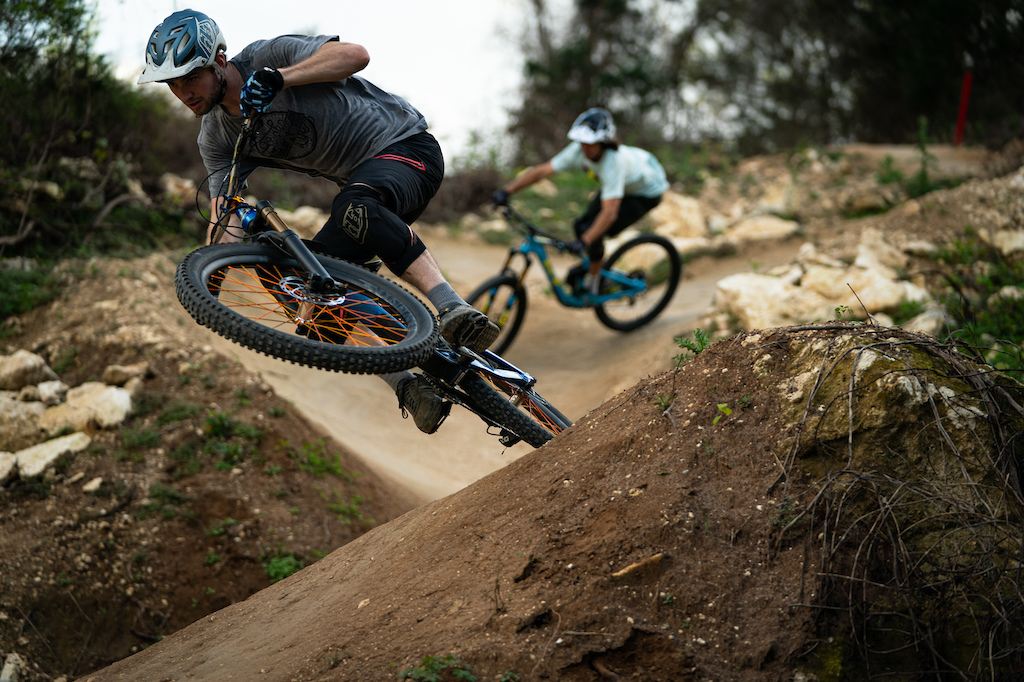 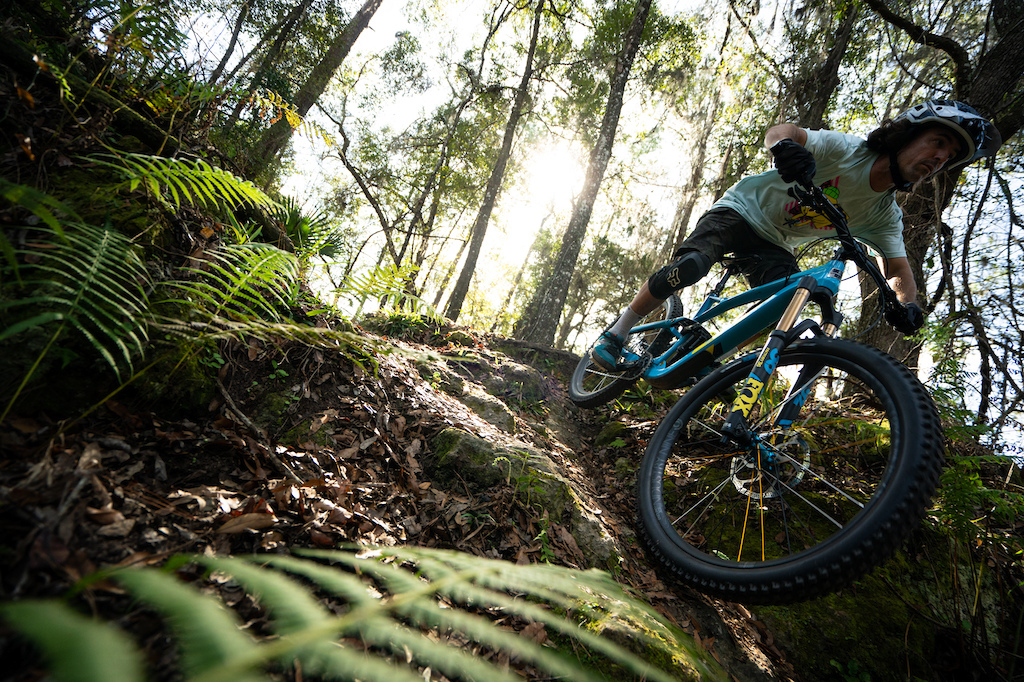 Tweet
Must Read This Week
A Complete Timeline of Coronavirus' Effects on Mountain Biking [Update: Taipei Show Goes Virtual]
126312 views
Interview: Trek's Travis Brown On Experimenting With 32" & 36" Wheels
88522 views
Ridden & Rated: 4 of the Best eMTB Motor Systems for 2020 - Bosch vs Brose vs Shimano vs Fazua
74804 views
First Ride: Cannondale's All-New Scalpel SE
74144 views
Pinkbike Poll: If You Had to Ride One Bike for the Rest of Your Life, What Would It Be?
54963 views
Mountain Biker Attacked by Grizzly Bear Near Big Sky, Montana
48239 views
Video: Claudio Caluori Tries to Keep up With Nino Schurter on his Home Trails
47878 views
15 Bike Checks from Craig Evans, Iago Garay & The Santa Cruz Free Agents
43391 views

chriskneeland (Mar 31, 2020 at 6:55)
Odd you still label David Lieb an "up-and-comer". He won the US Open of Slopestyle against a field of Crankworx competitors. I have no idea why he's not competing in Crankworx slopestyle events but the dude has a the ability to podium in any contest he enters. Hope to see him on the big stage soon.

fast-n-loose-podcast (Mar 31, 2020 at 7:41)
I believe he is stacking up points to get on the Crankworx tour but I agree. Not sure how he hasn't got enough qualifying points to be on there consistently. There was a video on him recently and I remember him saying with the lack of events in the US it is hard for a American rider to get points.

DavidLieb (Mar 31, 2020 at 12:55)
Thanks for the compliment man! I’ve been working hard to get enough points to break into the crankworx slopestyle tour. after Rotorua, I finally am where I need to be to be invited to the next crankworx slopestyle stop. Unfortunately I expect Innsbruck to get canceled but hopefully the points freeze allowing me to be in the next one!

scotttherider (Mar 31, 2020 at 7:17)
Ronnie Renner is an awesome rider. BS’d with him pushing up from the shuttle drop off at a Fontana race a couple years back. Real personable guy to talk to.

projectnortheast (Mar 31, 2020 at 11:38)
As most of my Moto buddies seem to shred like no other on a mtb I love seeing these combo vids. Bought my First dirtbike in 10 years, 2 wheels is where it's at. You can keep your e-bikes... haha sorry, not sorry.

Hogfly (Mar 31, 2020 at 15:28)
GT continuing to crank out killer content and maintain a killer, diverse stable of riders. This brand is on fire the last year or two.

RADVANBIKES (Mar 31, 2020 at 9:09)
Thanks for this inspiring look at what's possible for mountain biking even when there aren't any MOUNTAINS! Good job boys!