Must Watch: Dawid Godziek Throws a Bunch of World Firsts in 'Mafia'

Versatility is usually a really desirable feature. There are however few cases, where a wide range of skills could lead to serious affairs. Let’s take under consideration well known polish rider Dawid Godziek- the guy who has won the biggest freestyle BMX contests all over the world one year, and two seasons later conquered the MTB scene. He can literally do not only any bike move you can imagine but also a few more tricks that were never landed before.

There are however moments in everyone's life when one can get lost. In here, Dawid loses his concentration and forgets about priorities. He plays too much on his BMX bike instead. This is the intervention moment for qualified specialists from special NS forces. They come to motivate him and show the right path... 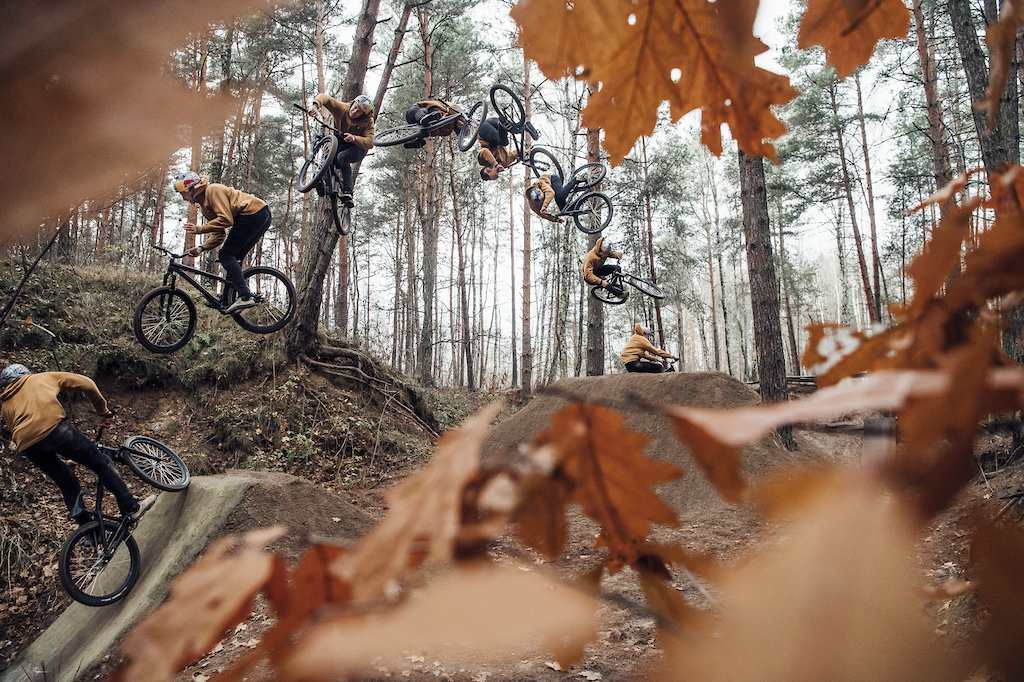 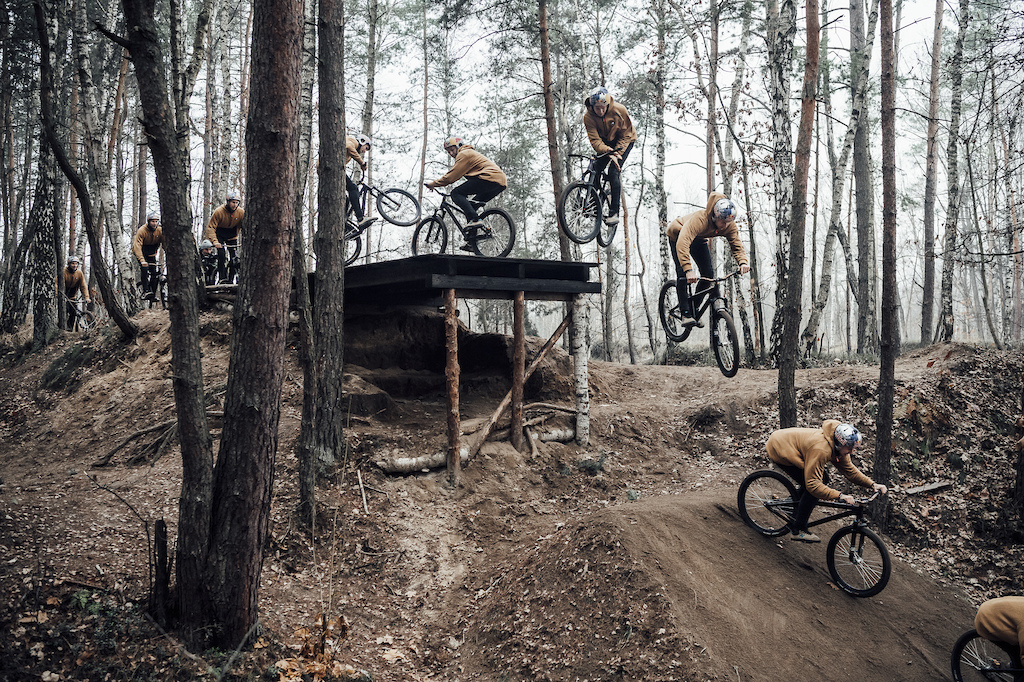 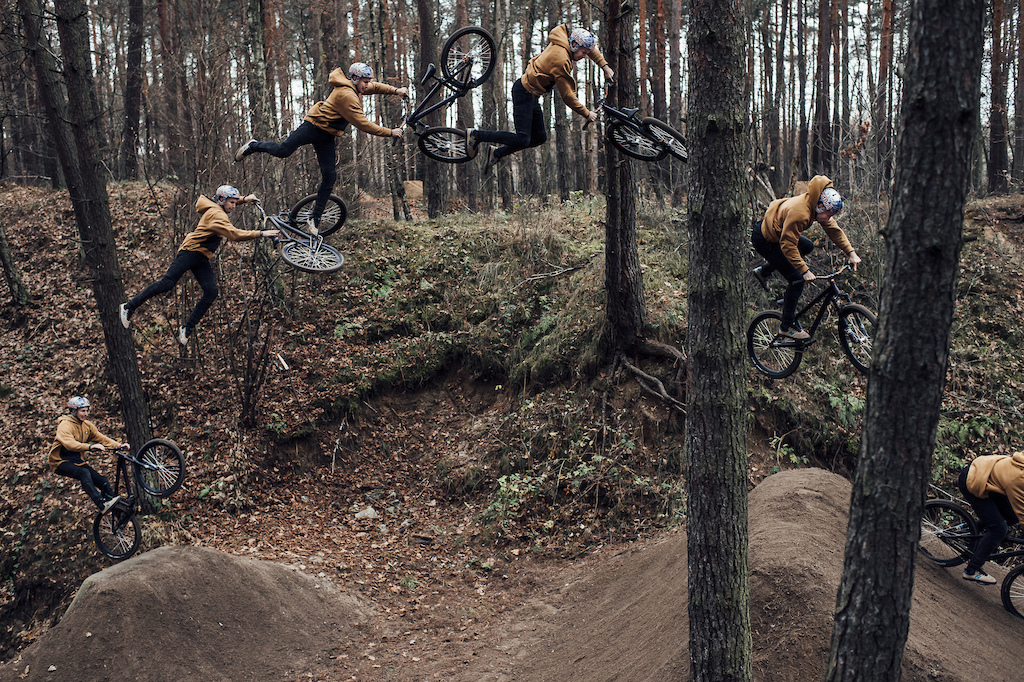 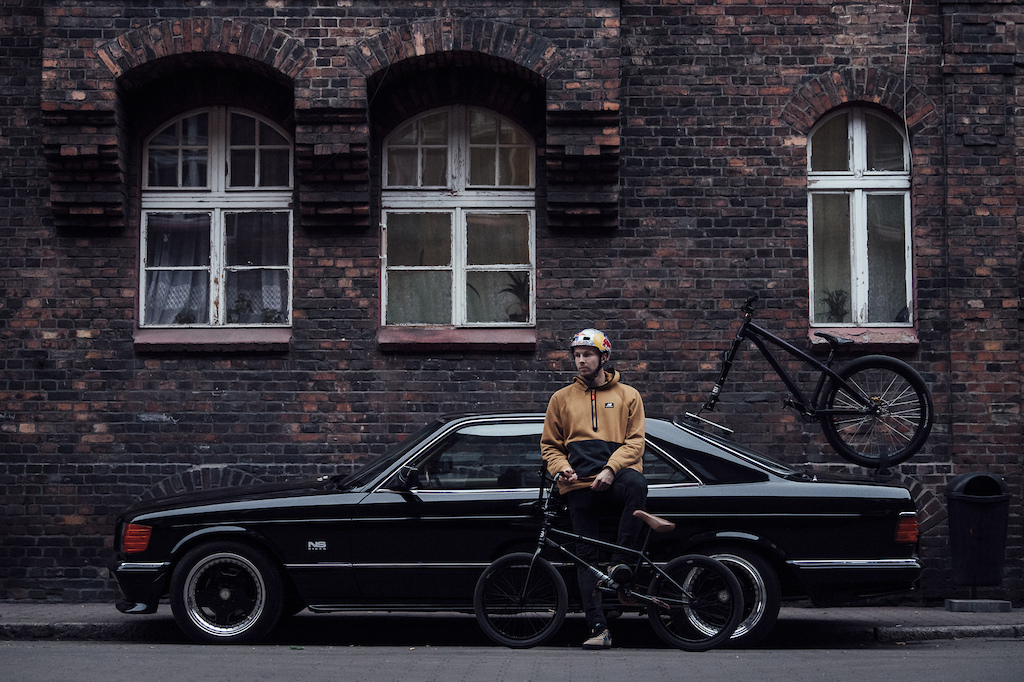 Pattonclimber1 (Dec 29, 2020 at 16:24)
My first thought watching the video was that something looked out of place, then I realized he was wearing a helmet on a 20”.

ReeferSouthrland (Dec 29, 2020 at 13:50)
The actual Video of the Year Award goes to Dawid Godziek and NS bikes. PB called it too soon.

tbmaddux (Dec 29, 2020 at 19:56)
@ReeferSouthrland: maybe if the goons rode him out there on horseback it would have won

getonyourbike (Dec 30, 2020 at 5:11)
@ReeferSouthrland: That was a reference to Hurricane with Frix and Estaque, I think.

One day when we can all travel again...

scotttherider (Dec 31, 2020 at 7:43)
@ridestuff: not gonna happen with the new deadlier more contagious strain coming out. Just wait it will be resistant to the vaccine too!

Freeshreding (Dec 29, 2020 at 15:11)
the question is more if rheeder will even ride contestest anymore. He is a guy who goes allways for first and with emil that is basicly imposible.

bainer66 (Dec 29, 2020 at 16:33)
@Freeshreding: Also Reader had that femur break a few weeks ago. Hopefully a speedy recovery before riding season for him.

ctd07 (Dec 29, 2020 at 12:24)
Amazing vid! So if you own an NS bike and don't shred hard enough, those menacing looking individuals might turn up and force you to do tricks!? Not sure I'm ready for that commitment

Feaster (Dec 29, 2020 at 14:23)
Cool concept, great riding. I found the filming a little hard to follow, too many tight shots and cuts for my taste. Rad though!

chagel (Dec 29, 2020 at 23:34)
The bench men were just trying to get him to take his training serious. I felt sad for the goons at the end. Undeserved when they were really just helping him stay focused.

Tom-Ryde (Dec 30, 2020 at 5:40)
So many crazy tricks but I wanna give a shout-out to that superman! I thought Szymon had the steeziest superman but his brother might have just out done him

yinyang (Dec 29, 2020 at 14:12)
Matt Jones hasn't posted in a while, you think he got an advanced copy of this and is tweaking his next Red Bull project right now!?

damientheo (Dec 29, 2020 at 20:34)
no way those henchmen would know where the good jump lines are. everything else believable though

Montaney (Dec 29, 2020 at 12:39)
Someone should make an edit of all these edits. The soundtrack will be Park, Levy, and Kaz complaining about no one making edits during quarantine.

Unrelated. Anyone knows what those suckers on the car is called?

blacktea (Dec 30, 2020 at 0:50)
It is clear that the rider and the company that supports him are not based in an area managed by the Mafia ... they wouldn't have so much fun using that term.

srjacobs (Dec 29, 2020 at 12:42)
Did he actually ride in this video? I must've missed it as it seemed like the longest intro sequence and outro sequence ever put into a sub-ten-minute film. Seriously, there are two-hour long Quentin Tarantino films with less build-up to the action.


All kidding aside, the filming / riding / editing was sick. It felt more like a mini Guy Ritchie film.

And also, finally something to be proud of as a Pole during this f-up times!