Christian Bagg is a Calgary born inventor. Injured in 1996, while snowboarding, Christian broke his back and was paralyzed from the waist down. 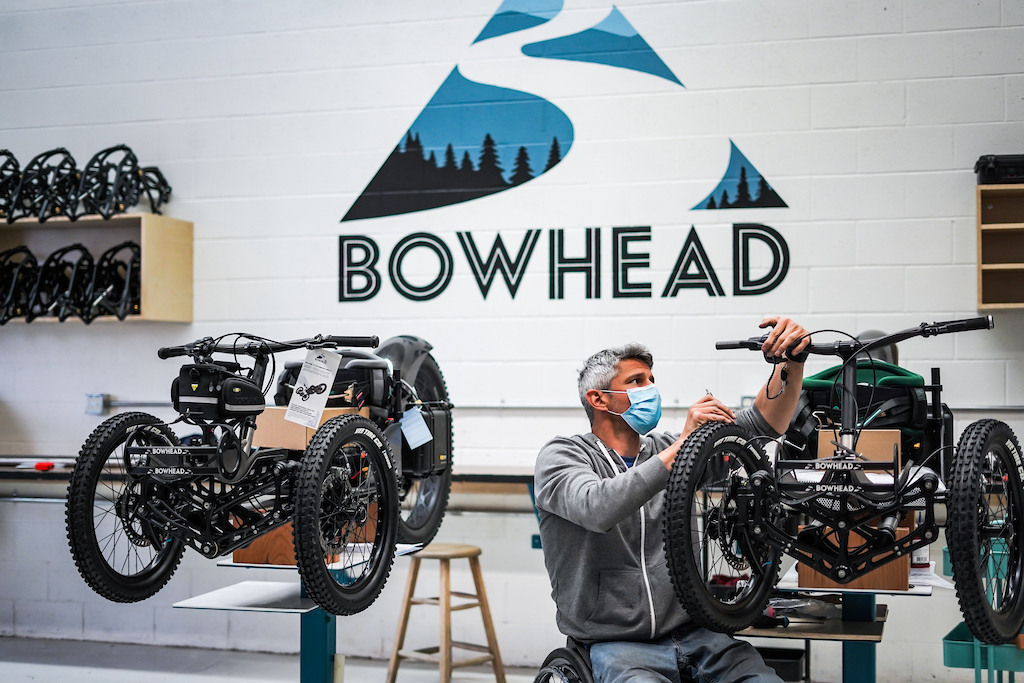 Using his background as a machinist, he started inventing his way around the challenges he faced. With a love for the outdoors and a passion for problem solving, he has spent the last 20 years designing and building an incredibly capable Adaptive Mountain Bike. What started as a way to solve his own problems grew into an outlet to help others experience the very outdoors that he loves so much. Everyone belongs outside. 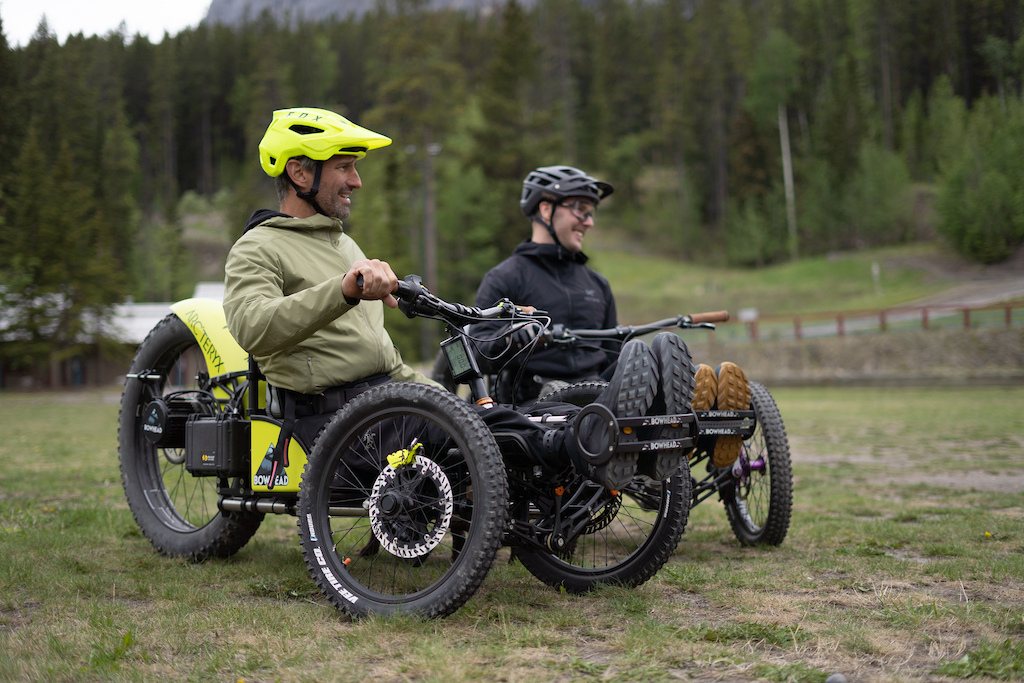 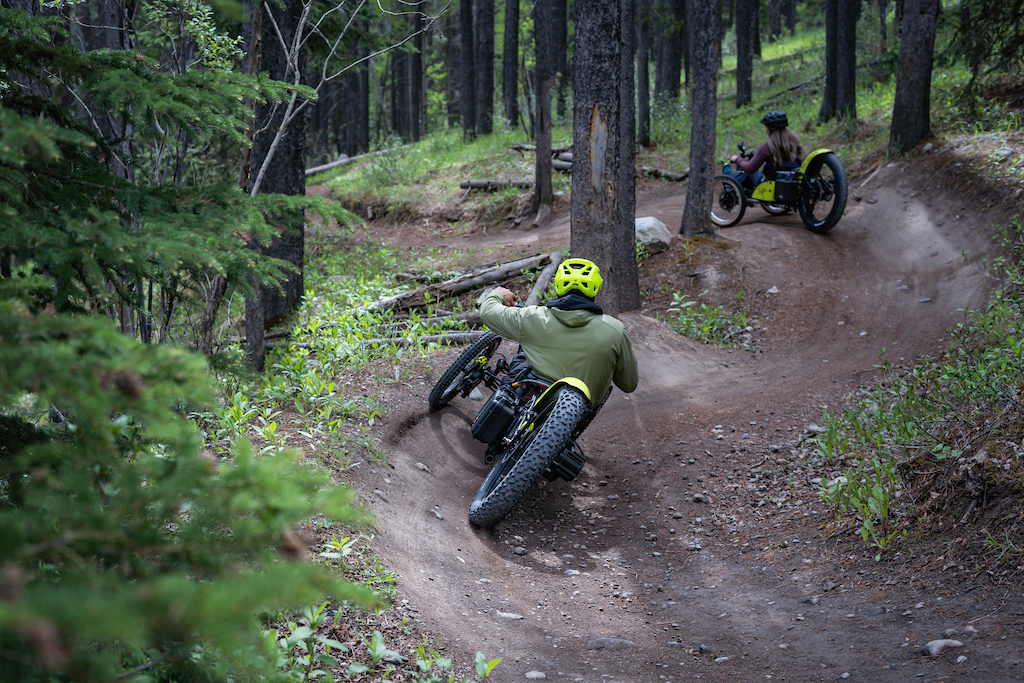 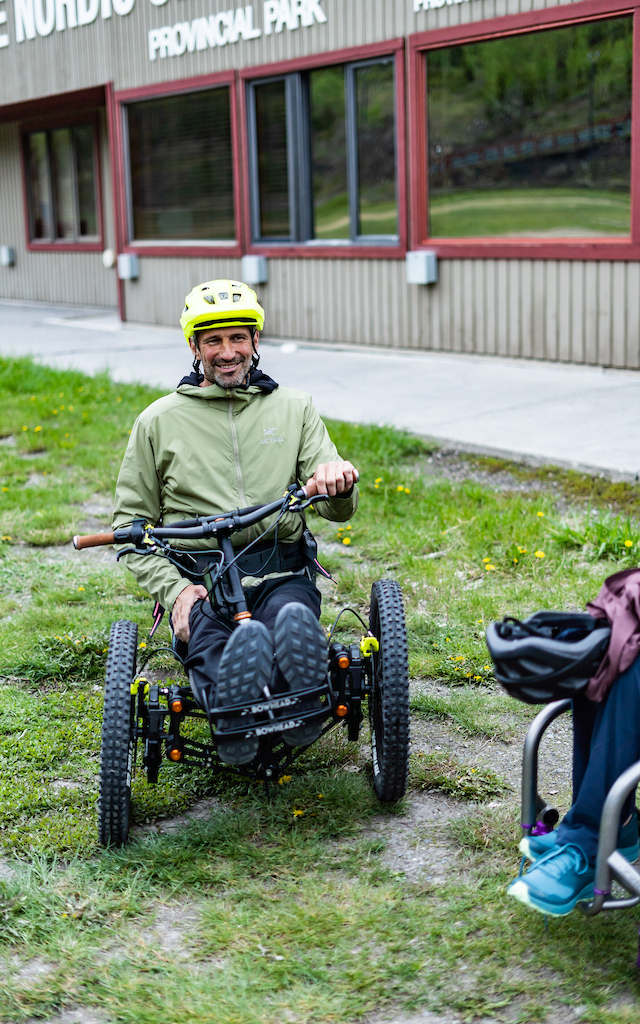 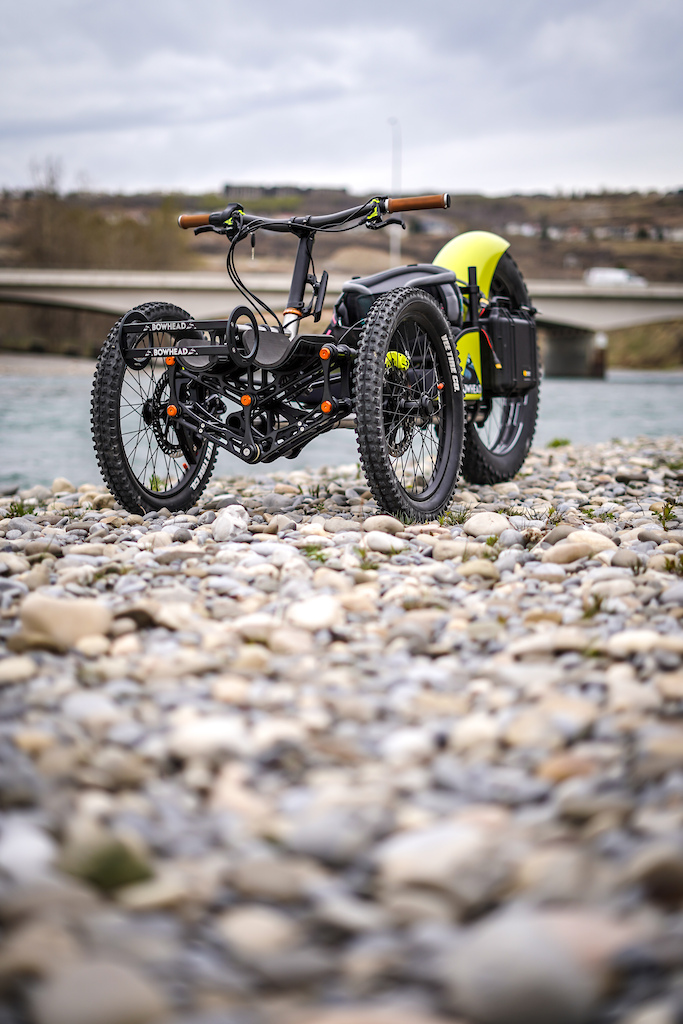 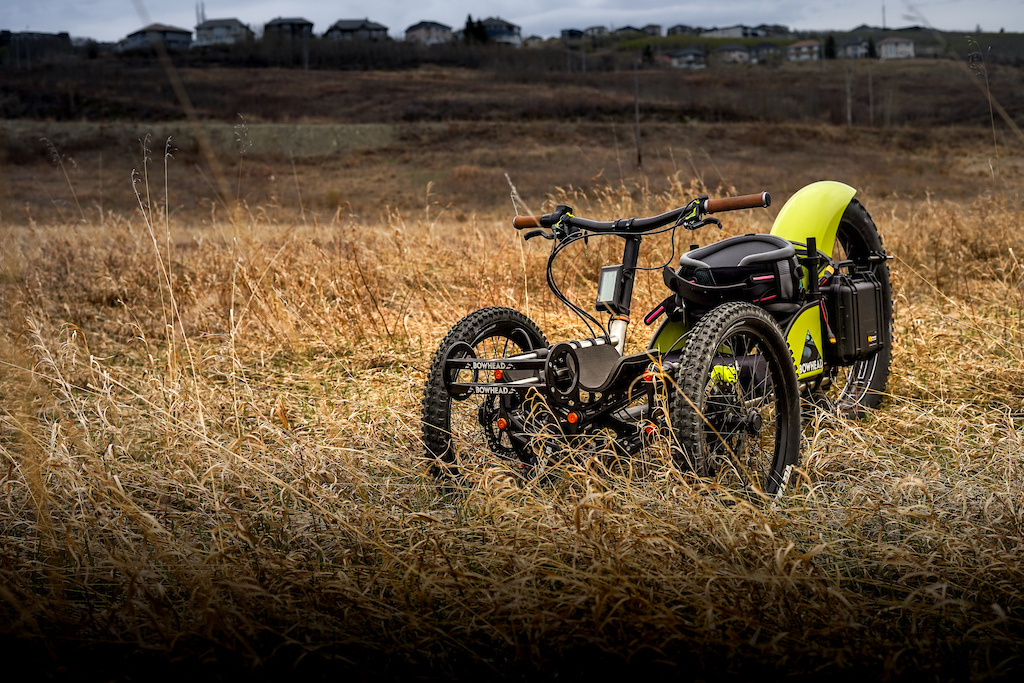 For more details on the bike featured in this video check out our website at bowheadcorp.com/

darkmuncan (Nov 28, 2021 at 11:29)
People need to remember the larger the market for standard e-bikes, the more $ invested in the tech to allow these projects to happen.

Biking should be for all, just let people ride what they want to.

nwtoney55 (Nov 28, 2021 at 11:06)
I remember when Kevin Bramble raced an adaptive sit-ski with bike suspension integrated within and won a Gold Medal at the Salt Lake Olympics. Its amazing the progression of adaptive machines.

ReCycleryVentura (Dec 2, 2021 at 22:03)
To the critical audience of electric assist mobility devices... I wonder, "If you spent the invested time to have the injury, suffer the isolation of the ICU. Enduring the undescribable pain and continuous failures of rehabiliation.. Just to sucumb to reality that your life died and the butterfly you became is.. "Different." My question to you is.."What would you think to develop to get your passion exercised?" Would you feel shame or embarrassment of your new identity? Or because you have no clue what greatness is, you fold. You do NOTHING!

So what, I cant spell! Proud of my ability!

spaztronaut (Nov 28, 2021 at 17:11)
Saw this dude SHREDDING in Trestle after seeing his Instagram, absolutely bad ass.

nickfranko (Nov 28, 2021 at 9:06)
How long until some biker complains about him and acts like the trail guardian?

PHeller (Nov 28, 2021 at 17:54)
It’s not totally unwarranted.. The Bowhead is what amounts to an electric go kart. It does not require any effort on behalf of the rider. If it utilized a two-stroke motor it would be a smaller off-road version of the Crossbow. If you’ve never seen one (and their typical rider), you’d think it was an electric atv.

What it does do however is allow someone who is mobility disabled to access places and trails no ATV or UTV or GoKart could ever really go. It’s as close to being a bike as someone who has no use of their legs can get.

While I’m not particularly concerned about non-disabled people using these to lazily rip their local trails, the only thing keeping the public from doing that are the fact that the Bowhead products are stupid expensive, and because people generally don’t abuse handicap status…usually. When a group of 50 Bowhead riders shows up at a local unmotorized trail system, I wouldn’t want to be the one to clarify that the group is in fact all paralyzed.

As it is, these things are so rare it doesn’t much matter.

blowmyfuse (Nov 29, 2021 at 6:03)
@PHeller: There was an adaptive MTB clinic at Dupont State Forest several weeks ago. I was glad they didn't have a Bowhead there. It's a land conservation, as are most of the forests in this area. The Bowhead is just as you said, an aggressive (or if want to use less hurtful wording) "capable" go-cart.

There was a gentleman at the demo/clinic on a 3 wheeled pedal bike. He had zero use of his legs and was pedaling a 3 wheeled mountain bike. It was still something of a disturbance to the other users (including other disabled cyclists using non-battery assisted pedal trikes) because it had an electric motor attached to the hand pedals and he literally zipped past the other riders and hikers. It didn't mesh with the pace of others.

It was big, cumbersome and wouldn't fit on singletrack trails, so seemed more of a gravel/doubletrack toy.

With that constraint in mind, my question is "Where is the technological cut-off/stopping point for handicap "vehicles", because they aren't bicycles or tricycles so that it does not interfere with the primary purpose of conserving natural places?" If a 3 wheeled go-cart is granted access, how long before natural places are permanently impacted in a negative manner?

We need quiet places, places that are truly realxing to get to on foot or bicycle but still have to limit how impactful we are. Going to your local city park and riding a bike is still a pretty stress filled venture for a pedestrian.

I ride, but my family doesn't. None of them appreciate getting buzzed by bicycles and they like to get out in the silence. Will we draw a line at where these 1 man UTV's can go? Will we be guilted into widening most every single access point and trail corridor and if not be labeled evil until we fold under the pressure to accommodate everyone for everything everywhere?

Again...I'm not out west. Speaking from the perspective of an overused, pressured and compacted eco-system on the Beast Coast. Not hating.

Harley Davidson's new "Enjoy The Ride" ad made me look more critically at the majority of USA based cyclists - they tend to use bicycles as either A) workout or B) adrenaline or C) both.

Bicycles seem to be used infrequently in the USA for mere "pleasure" of riding.

As a result, any decent off-road cycling infrastructure like paved bikeways, railtrails, etc, gets over-ran with overly competitive cyclists who are still out to get PRs or an adrenaline rush. Pedestrians then bare the brunt of yes another high speed vehicle to "yield" to.

I see that rider in the mirror, for sure.

Again, I'm not particularly worried about adaptive bikes over-running what little cycling infrastructure we have, but I do think we're going to reach a point where we've gotta start asking the question "do you really need that motor?" I don't advocate for handicapped folks to carry around a card proving their handicap status, but I also think there is some value in a "trail defender" (who is also kept well-versed of adaptive equipment). The question will be, are most riders, whether on ebike, adaptive, or "acoustic" bikes, comfortable with being told to chill out, slow down, and "enjoy the ride."

Really wanted to meet you at Whistler in 2015 when I went to get your autograph and just really hear your full backstory, perspective, etc. I kept an eye out in the park, but it had been raining hard until the day we got there.

so what i see are the tires direction reversed . :-)

thetruejb (Nov 29, 2021 at 20:58)
Surprised that the guys at the canmore nordic centre allowed this... they aren't exactly with the times.

crustyoldguy (Nov 28, 2021 at 11:59)
It's pretty cool, would be a hoot to ride and I'm wondering if it could be adapted to dunes ~ could be an interesting sandtoy too.