Persepctive- Will Smith And Martin Zielinski

I often wonder what everyday people must think when they stumble upon our trails. Do they think it's the sign of a wasted youth? Do they see it as a work of art? Or do they have absolutely no idea what it is or what it's used for? What is clear to anyone is that the cherished landscape has been completely transformed, but what is less obvious is how the trails have transformed the lives of the people who created them.

To say this place is sacred might be seen as pushing it a bit far, but the locals call it Church because the main sessions always go down on a Sunday. With a shelter for when it rains, a stove to make endless tea and hand crafted trails to enjoy, it's definitely the kind of religion I could get behind. I feel immense pride for my small part in making the trails what they are today- so much so that it inspired me to buy a camera and start to document our trail creations. I made a film called Trail Makeover back in 2012 expecting it to be watched only by a handful of people, but sat there in amazement as the view count went up and the comments started. Pretty much there and then I became hooked not only on riding and building trails but also trying to capture what we did on film. 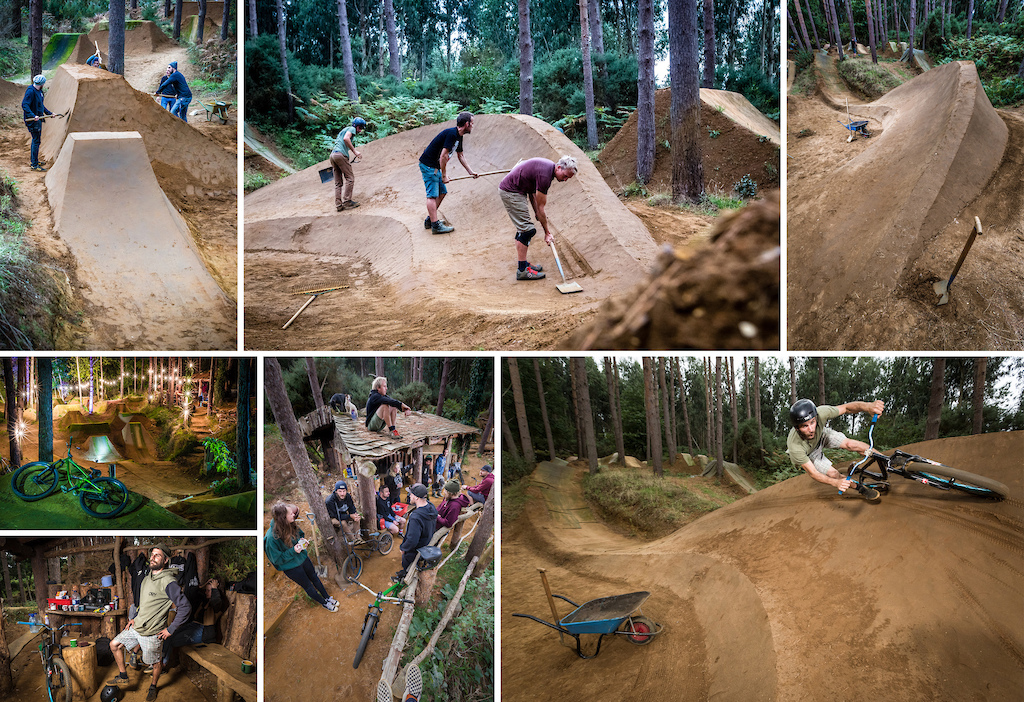 Another person hit hard with the bug for both riding and cameras was good friend Martin Zielinski. Martin had actually started filming before me but being from London he wasn't able to be to the trails as often. His early videos were amazing and I was so proud to be part of them. He began to focus more on photography (pun fully intended) and over the last few years his work really has been incredible. He's got a lot of expensive gear but anyone into photography knows that isn't the hard bit. The real difficulty comes with learning how to use it all! I've seen Martin produce so many beautiful shots over the years from all over the place, but a lot of the best images he has posted from our trails have been of one man- Will Smith.

Will turned up one day in 2012 and never went home. I'm not sure what brought him to our neck of the woods but it's the trails that made him stay. I'm so glad he did as he's become an integral part of the Sunday experience for everyone. He's the kind of bloke who would lend you his last £10 note or help push start a strangers car, but what Will is more known for is his style on 2 wheels. He was already a solid rider when he arrived and now he really has become a true trail shredder, going high and getting loose on whatever bike you give him. His own 24 inch hard tail was actually at the trails before he was- a 24Seven Slacker bought by another one of the crew back in 2010. It has no brakes and a broken hub yet it's still being ridden harder than ever.

It was early last year when I wondered if I could capture Will shredding the trails and Martin getting banging photos of the action all in one video. I thought it made for an interesting idea and we all agreed it would be good to come together on a project and try and combine our strengths. We chatted for about an hour in the car park at the trails and the plan was set into motion. 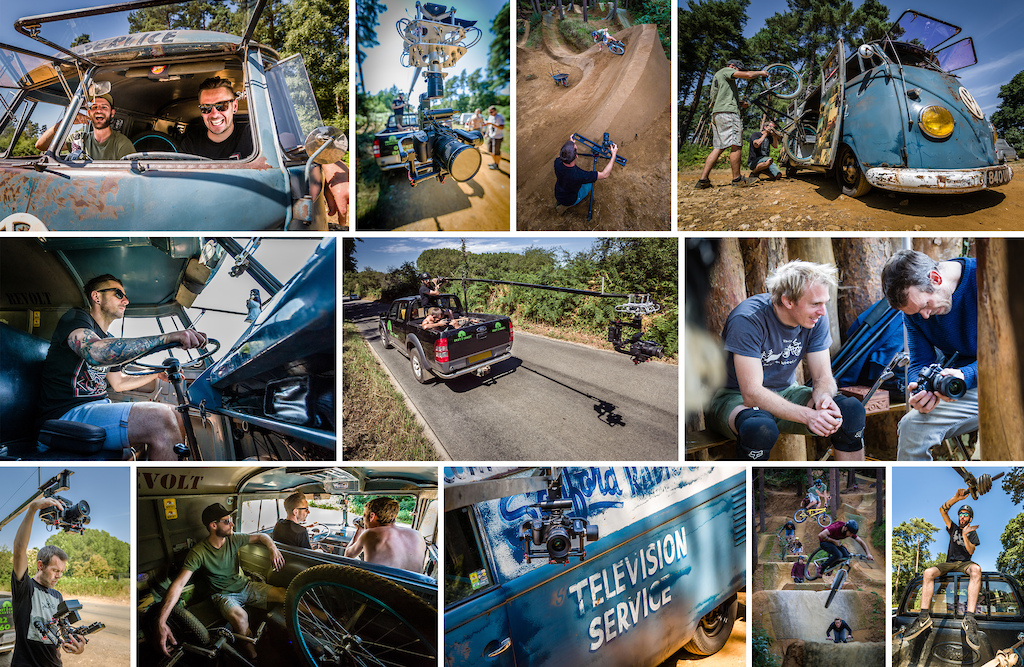 We came together for several Sundays through the summer and we were having a blast, but it soon became clear that having 3 people trying to achieve their own goal at the same time would be tricky. I really respect the talents of Will and Martin so wanted to throw everything I had into the video to do them justice. However, I had an entire session where I just didn't capture anything I was happy with and also Martin had a couple of occasions where he was struggling to get the exact shot he knew he could achieve. Will, on the other hand, was basically a robot- clicking the trick perfectly every run so both Martin and I could get shots we were happy with. We all had to be patient with one another and even though it was a challenge at times I'm so glad we persevered. The end result is something I am truly proud and I hope you enjoy both the film and the shots Martin was able to capture.

Making this film reminded me of how awesome the trail crew is because it wouldn't have been possible without them. The vehicle shots and cable cam shots were a real team effort and I'd like to thank all the guys for helping out. I would go into more detail about how they helped but I'm not sure if all of it was strictly legal! Huge thanks to Bob Coxage, Ed Mitchell, Lawrence Chichon, Tom (the Schnozzle) Keeble, Lee Piper, Russ Walden, Ian Newson, Tori Austin and Ben Peters. I really did have a lot of fun making this one. 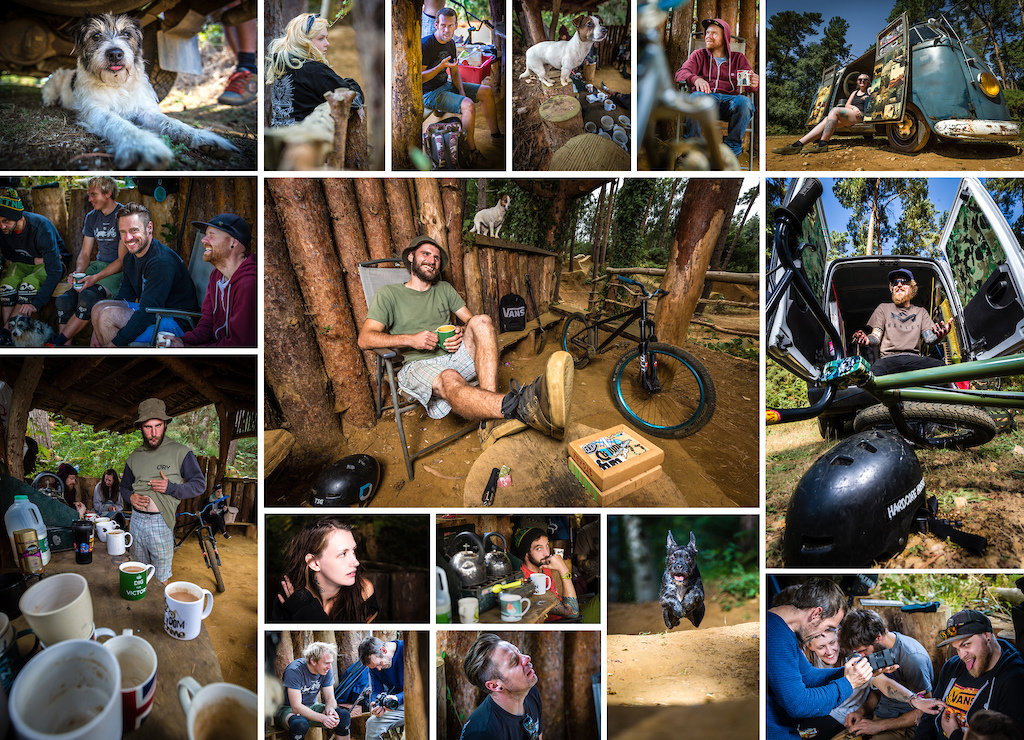 landscapeben (Feb 20, 2019 at 11:57)
Agreed and talk about satisfaction getting those jumps that perfectly smoothed out! Loved the short trail running build segment

trippleacht (Feb 20, 2019 at 9:49)
Something really refreshing going on about the photos. Not a lot of color, yet everything seems to live. best photos I've seen in a while. Actually, everything about this video was great.

mzed (Feb 22, 2019 at 12:43)
Thank you so much for the positive vibes, made my day! Had myself a total blast shooting the photographs for this project and grateful that @NR8productions asked me to be part of it. proper good times!

ronantaylor (Feb 20, 2019 at 9:53)
Mega high quality production, riding n spade work with a down to earth feel. Not many pull that off, mint!

blackbirdworks (Feb 20, 2019 at 10:43)
The slowmo-timelapse scene got me.. Beautifully shot and edited. You damn should be proud of this..

matzx (Feb 21, 2019 at 7:03)
OH MÉÉN! this is so awesome edit, feelin like i need to switch disciplines and buy a dirtjumper rig, and that doggieScrub is SICK! also very good cut works!

Nico-T (Mar 1, 2019 at 12:08)
Really enjoyed that! Everything from the DIY Car crane to those rad dogs haha. Top work awesome to see such a rad spot get such good coverage.

mtbmxasn (Feb 20, 2019 at 14:08)
Proper video and article, love to enjoy a thea there while smoothing out some jumps! And ride those gems ofcourse!

holdandhope (Feb 21, 2019 at 1:53)
No mention about the Forestry Commision for letting you build this ? Might encourage others.....

NR8productions (Feb 23, 2019 at 6:42)
Well they didn't exactly let us build it really- these trails started so long ago now. Thankfully an absolute legend by the name of Nigel Turner saw that this was a site of creativity rather than vandalism and helped us to make the spot official. We pay for insurance and site checks which aren't cheap but you can't put a price on building your own version of paradise.

holdandhope (May 4, 2019 at 23:25)
@NR8productions Yeah I know all about insurance and site checks(and design sheets),we have our own spot with the FC. It's just a shame they never get any praise for letting spots like this happen only negativity when they take stuff down.

can´t wait for weekends on trails with my wolfpack