Video: Drone Chases Kilian Bron as He Sends It Down a Spectacular Slab at Sunset

As a preview before releasing our main video projects of the year, here's one of Kilian's latest FPV shots taken by Pierre Dupont - CinematicFlow on the heights of Zermatt - Switzerland

Like “Our Tour de France" or "Follow The Light", Kilian and his media team spent months scouting, organizing and filming everything they had in mind. Indeed, there is often a whole year between developing the concept and showing the final video. Here's what he has to say about the projects.

"Before the end of the year, we're going to post a full project in Mexico, another one in Switzerland, and a final one in Spain that we're actually filming this month! Three dedicated books will be also produced in addition to the classic videos. 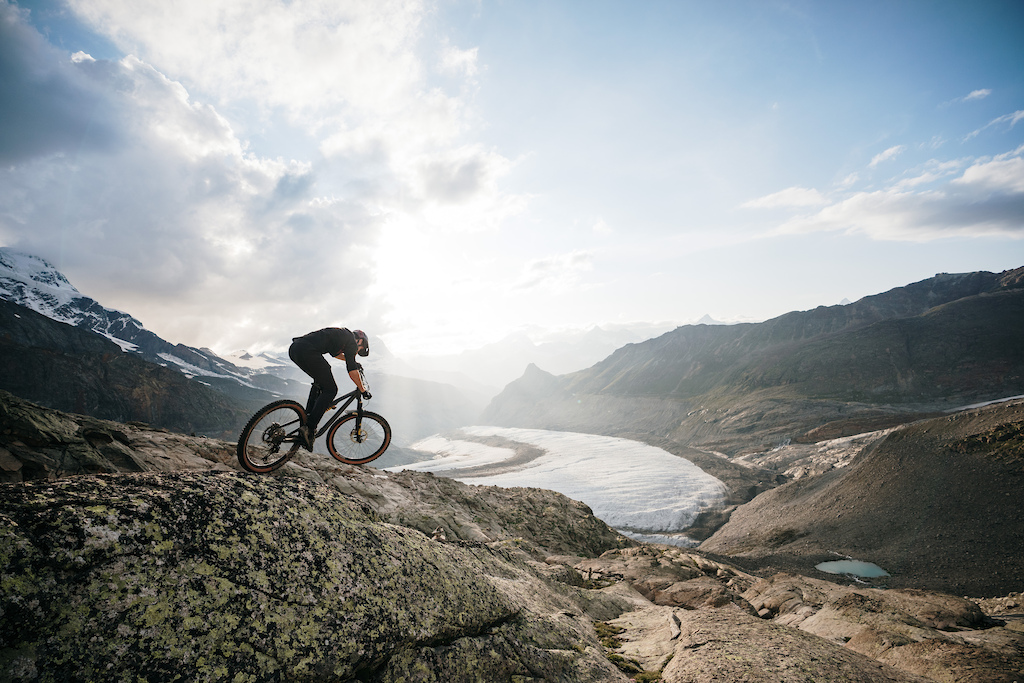 Behind each video of 3 or 4 minutes are hundreds of hidden shots, days of hiking and many hours waiting for beautiful light. Depending on the locations, the weather and seasons must also be taken into account. Our alpine adventures force us to film in a window of 3 to 4 months in the summer. Particularly in high alpine areas at snow-covered-altitudes that are inaccessible the rest of the year.

But when all the conditions align, you must seize the opportunity! This FPV rush is a good example. A one-minute line which will undoubtedly only represent a few seconds in the final video, integrated into the other shots. 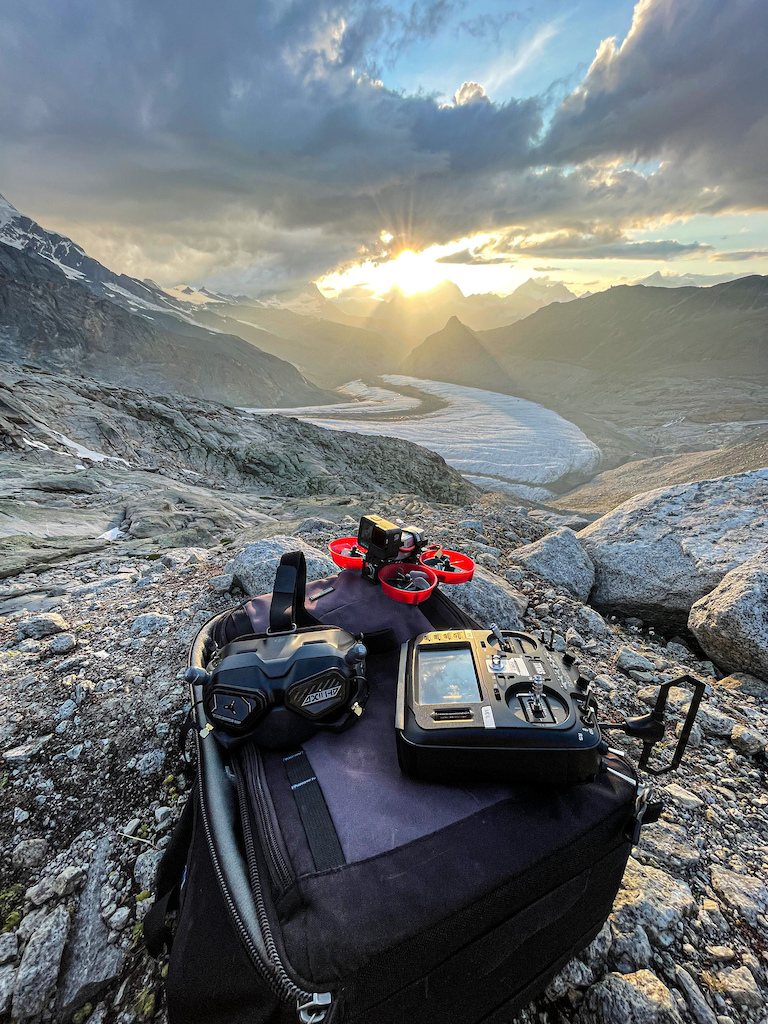 In the mountains, we follow these cairns so we don't get lost. When the weather gets rough, it's really useful. Each hiker or mountaineer takes advantage of their passing by to add a stone to the cairn. This is the basic concept of this shot!

Arriving earlier in the day at the refuge in the background, we painstakingly added many small cairns along the entire length of my line because it's just too difficult to memorize the whole track without them. The advantage is therefore twofold. We found the concept and it really helped at the same time!

Then we just had to wait for the perfect sunset light, and in the meantime, we spent the afternoon testing this huge slab both on the bike and in-flight for Pierre, AKA CinematicFlow.

It's important to be ready at the right moment. It means we have to be reactive when the 'light window' comes, which is only 2 minutes long sometimes. As was the case here! By anticipating our MTB / FPV duo, we often get the shot first try. We're anticipating the trajectories of the drone according to my line, like the visibility of the glacier and the famous Matterhorn in the background, a true emblem of Switzerland. 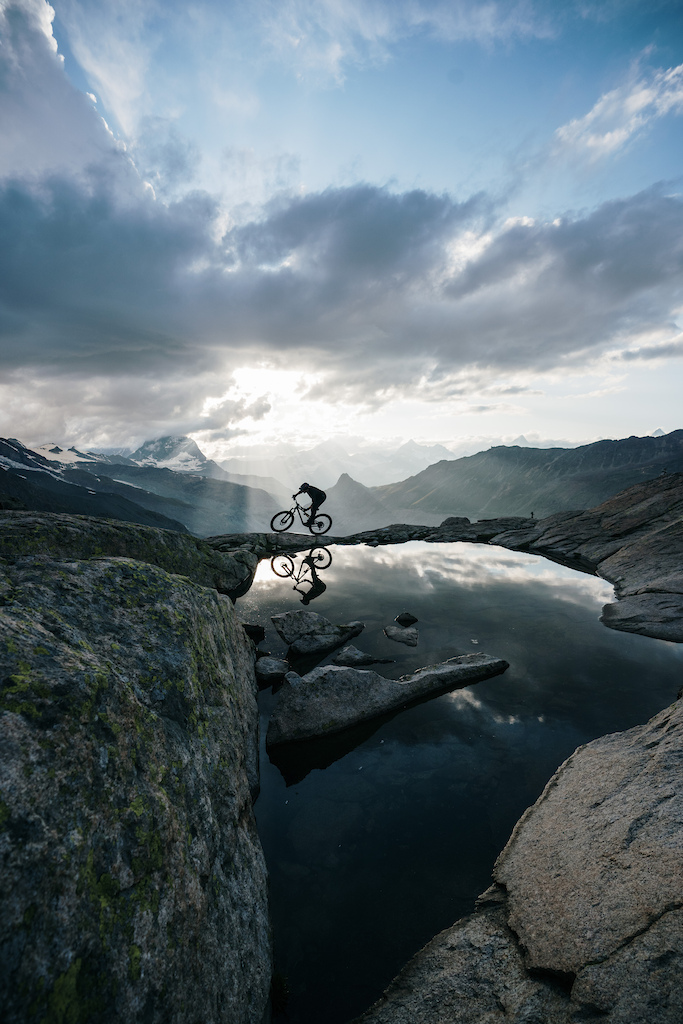 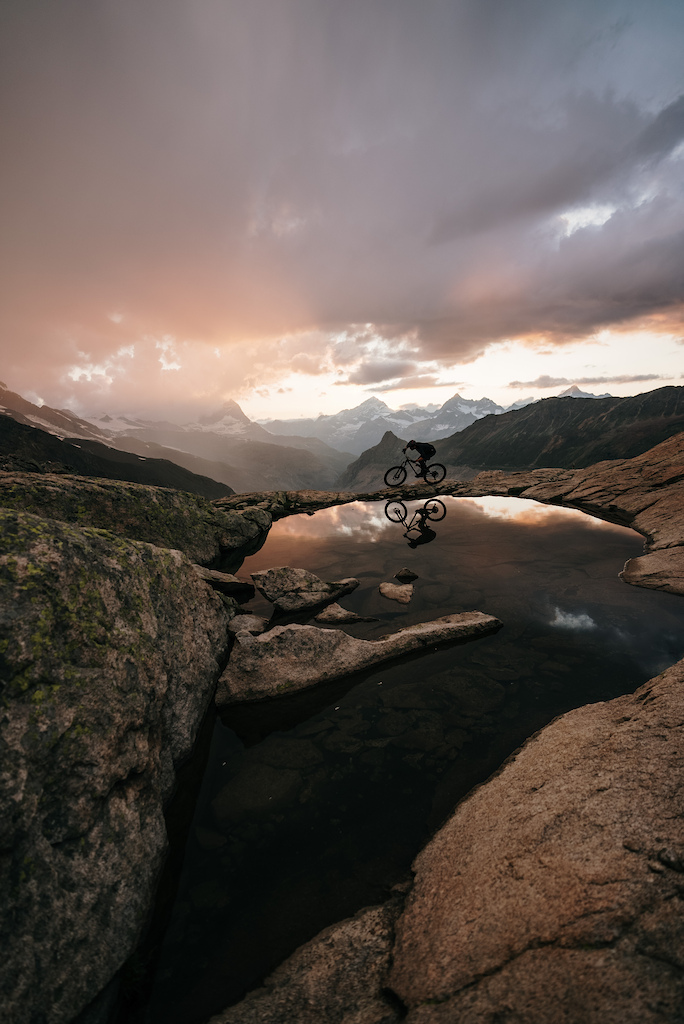 The difference between the same shot filmed during the day and at 'golden hour' is obvious. It takes patient work, which is often frustrating when the clouds set in... But it is truly satisfying when everything comes together!

Jordansemailaddress (Sep 9, 2021 at 3:31)
Always love watching Killian Bron videos. The riding skill and the wild places he rides in are always both top notch! Got me stoked!

Jaib06 (Sep 9, 2021 at 7:24)
Killian seriously is one of the best riders to watch online right now. Him and people like Jasper Penton seriously make me want to go ride my bike.

el-brendo (Sep 9, 2021 at 5:58)
Killian videos are always top notch. One of my favorite riders for sure. Awesome job KB & Commencal

jojotherider1977 (Sep 9, 2021 at 13:55)
Man, another great drone video to watch. I really love the perspective shown here. It really shows off the scale of the terrain.

gossman (Sep 9, 2021 at 8:14)
What is that box building? Is that a tent with a weird perspective or some science building?

It's a mountain "hut"... but also a science building.