The mountains of northern California were very different this summer, but one thing remained, dry conditions and dust for days. Following friends down a trail in the grips of summer, even with proper government-mandated guidelines, is a dusty mess at best. After one such ride at the back of the pack, it was time to use all that cough inducing brown booger goodness, to make a fun video! 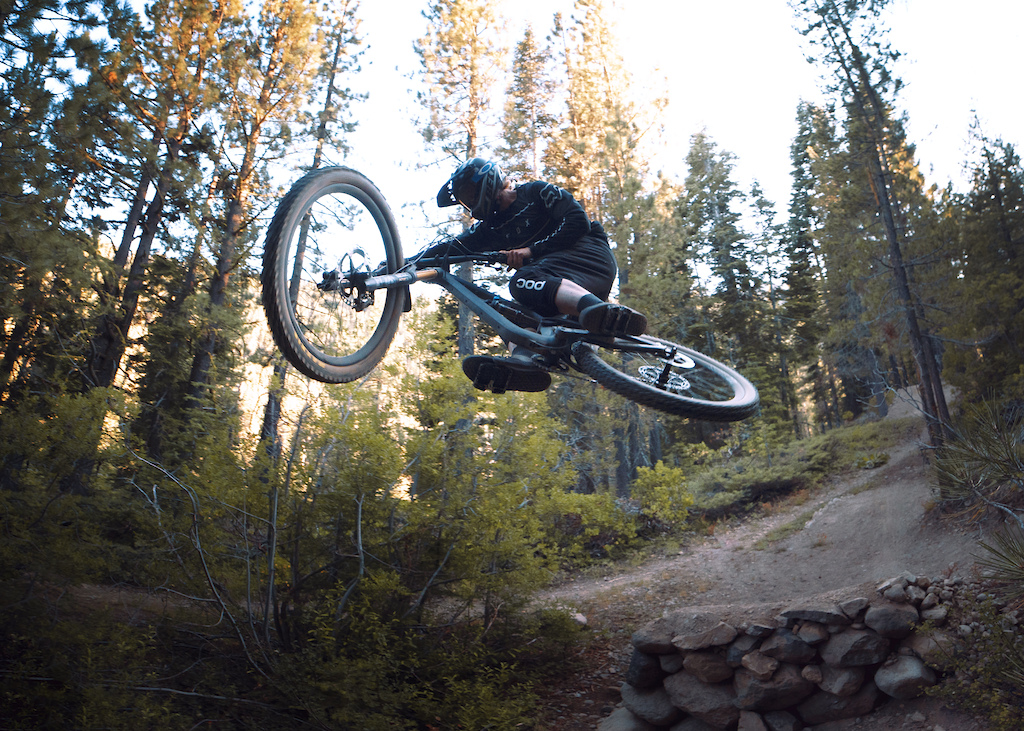 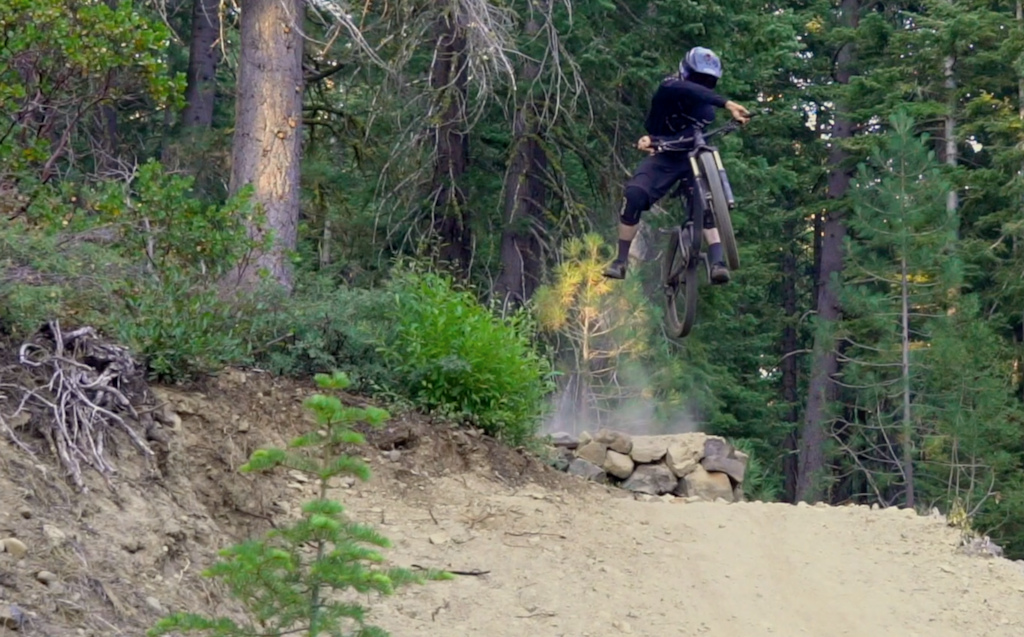 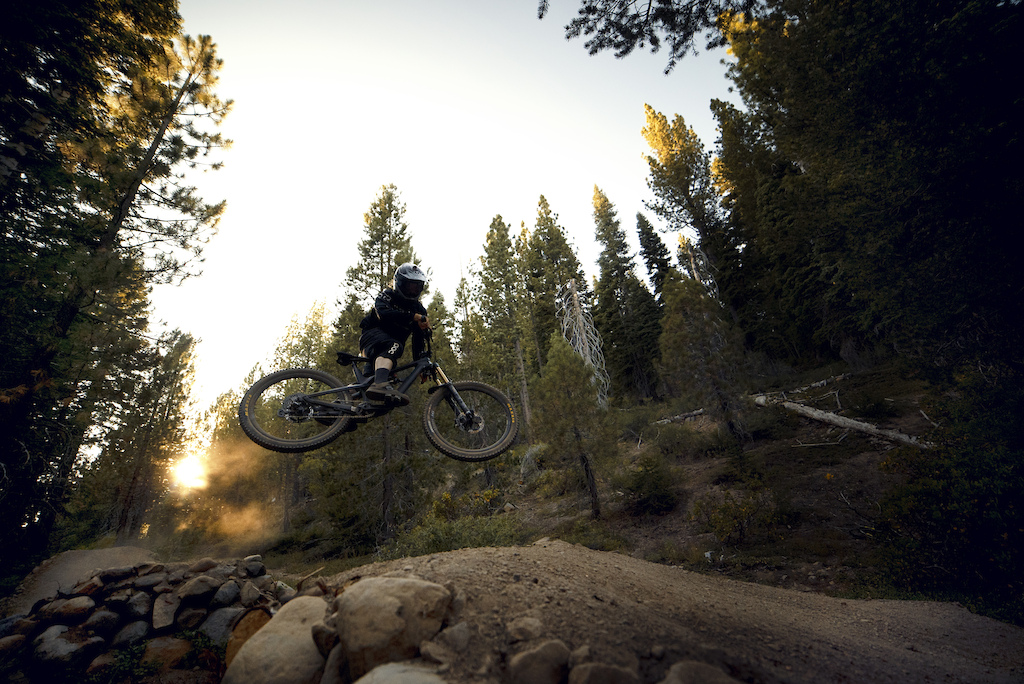 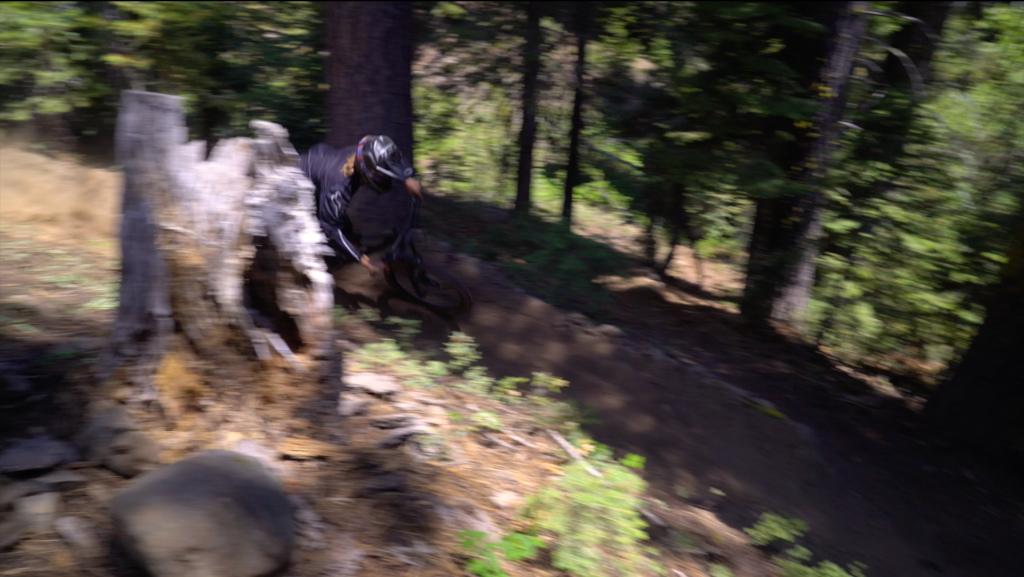 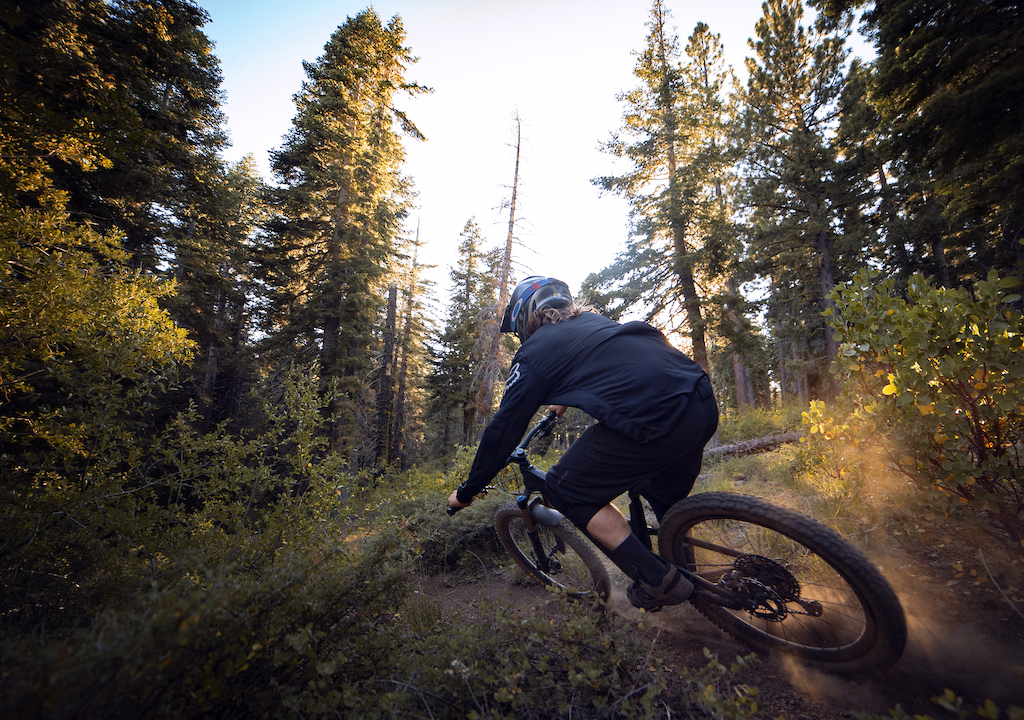 lepigpen (Dec 26, 2020 at 10:32)
Editing/filming was infuriating. Sped up, slowed down, quick cut, drone shot poorly framed. Just a shot to shot example of what people are doing wrong in MTB edits in 2020. All this effort to "make the riding look cooler" more or less implying the riding itself isn't that cool.

It's not an american action movie, it's mountain biking. Shoot it the way Jackie Chan shoots a scene. Smooth and consistent to display the true artistry of what is happening on screen.

DCF (Dec 26, 2020 at 10:53)
Don't like it? Don't watch it.
There's only 1 Jackie Chan. Does that mean no one else should make film because they can't do what he does at his level of expertise?
Of course they try to "make the riding look cooler" wtf else would they do. Watch go pro footage if you want to see the true artistry of what is happening lol

don't reply to it.

i feel bad for anyone around you IRL that shares an opinion you don't agree with.

their video concept was correct. it's good. small changes to editing and filming would go a long way for the video.

Also I'm getting into filming riding myself as I meet more riders and I'm learning a lot. Do you know how I learn? Other people's advice/content.

I prefer not to continue on in blissful ignorance and end up posting quick cut dubstep videos with sickening motion blur like its 2010...

I hope you find the videos you like. Let’s celebrate the differences and go ride bikes no matter what.

Shred on, my dude.

AKDecline (Dec 26, 2020 at 23:47)
I'm stoked to hear the interrupters playing who actually live in Calif. I'm sick of this computer generated crap of music that always plays. Some people don't appreciate rad ska/ punk rock music anymore, go listen to your led zeppelin crap lol. I'm from SLT and know plenty of people that have been riding those trails. We are all gonna die some day so let's go ride bikes and f#ck this virus.

carym (Dec 26, 2020 at 17:29)
@winkeyless: Not unless Demo now has pines and moondust instead of Redwoods. It is the Sierras, western side. Eastern side is more kitty litter.

ultimatist (Dec 26, 2020 at 20:42)
@squidvicious: spot on. Although I wouldn't be surprised if it were further south even, around Yosemite and Kings Canyon gets this flora.

EricHarger (Dec 26, 2020 at 15:58)
I hope I’m wrong but according to Kyle’s profile he resides in Pennsylvania. Many of us here in California stayed out of the Sierra this season at the request of regional trail groups. At the same time many did not. PinkBikers need to show respect for our mountain communities.

pistol2ne (Dec 26, 2020 at 18:24) (Below Threshold)
I see you've fallen sick to the other virus sweeping our nation : mental break down and being a Karen online.

Hopefully the vaccine also cures this disease too.

abueno (Dec 26, 2020 at 18:28)
Don’t take it the wrong way, but those mountain communities that I know of really are hurting because of the lack of out of town visiting and purchasing from their small shops, restaurants and gas stations. Like it or not, those small communities really do depend on the outdoor sports enthusiasts to come and help keep them from closing up shop. Imagine having a small burger/pizza shop in the heart of a town like Downieville that’s used to getting almost up to 100 visitors a day from wed-Sunday and buying goods and food. That went away, because of what had happened. That business is nearly non existent during the winter months and those communities depend on the summer months to make it. Not throwing shade or talking down, just stating a fact from a perspective of someone who knows people that actually live in these communities.

EricHarger (Dec 26, 2020 at 18:29)
@pistol2ne: Whatever bro. You’re entitled to your beliefs. When the people who build and maintain the trails I ride tell me to stay away I listen.

abueno (Dec 26, 2020 at 18:32)
@EricHarger: also, I’m not in agreement with what pistol dude has to say, if you’re getting asked by trail stewards then I get it..I’m on board, I just feel terrible about those small towns.

pistol2ne (Dec 26, 2020 at 18:34)
@EricHarger: of course you do. You're from Marin. The ivory tower lockdown chants from mill valley grow louder every day.

And @abueno is 100% correct. South Lake Tahoe is a perfect example. Bay area techies that moved up there in the spring started screaming everyone is gonna die and stay home save lives when heavenly said they were staying open. The hysteria and science is lost. Shutting down outdoor activities has obviously rotted people's brains in California.

EricHarger (Dec 26, 2020 at 18:47)
@abueno: Yeah man I hear you. I have friends up there too, but from their reports it was a sh*#show up there this summer. It was actually the Sierra Buttes Trail Stewardship that asked us members to stay out of Downieville this summer. The SBTS does all the work on the trails up there. Yuba Expeditions, the shop affiliated with SBTS did not run shuttles this summer out of respect for their community.

EricHarger (Dec 26, 2020 at 18:58)
@pistol2ne: Dude... Nobody shut down outdoor activities. They just asked us to do them in our own regions. Trails are slammed in Marin and no problems. Chill.

pistol2ne (Dec 26, 2020 at 19:02)
@EricHarger: You live in marin, right? Tell me that China camp parking wasn't completely closed and that Mill valley wasn't issuing tickets for out of area cars with a straight face.

EricHarger (Dec 26, 2020 at 19:09)
@pistol2ne: Downieville Outfitters?! Those clowns who state they are the longest operating shop in DV? It’s true they are, but only because the original Coyote Crew went though some things many years ago and became Yuba Expeditions. The SBTS does all, and I mean ALL the heavy lifting up there.

suspended-flesh (Dec 26, 2020 at 19:50)
@pistol2ne: There has never been a shutdown on outdoor activities in the Bay - dafuq are you talking about, Mr. 'San Francisco'? Obviously you don't live here. There may have been a parking lot closed here and there but that's it and easy to get around. It's not my go-to spot, but I've ridden China Camp a dozen times since March......

lafayettebiker (Dec 26, 2020 at 20:06)
@pistol2ne: say what you want but you must know you can't use "science" in your argument. "the science is lost"?? If your concern is economic, say that. Don't pretend your argument is supported by science, though.

ultimatist (Dec 26, 2020 at 20:38)
@suspended-flesh: There have been a number of regions that fined and even arrested out-of-towners in the early days of the first lockdown. Looking at Marin and Santa Cruz. Remember all the confusion back in March and April?

@lafayettebiker Yes, the science is lost. Courts are over turning lockdown/closures of specific businesses because politicians can't prove they spread covid. SF closed playgrounds, what science is behind that? Cuomo is telling people who've had the virus they get priority of vaccine.

Let's put it this way, the science is the science, the politicians implementing policies interpreting the science are completely lost.

SBTS asked people to stay out of downieville during the original stay at home order. There's a bunch of elderly people up there and obviously no major hospitals near by.

They chose not to run shuttles to protect the shuttle drivers. They opened their shop once the governors order was lifted and encouraged people to stop by to shop.

SBTS basically organizes the lost and found and downieville classic. They kept everyone's entry fee even though the races were cancelled. Everyone who signed up and paid has priority registration for next year but they still gotta pay again. I think this is why they were able to afford to pay their core employees and full time trail crew this year while not running shuttles; because of all the entry fees they kept.

Downieville outfitters does trail work too you dummy, it's not all SBTS. SBTS may do majority of the work(they have a full time crew) but let's not forget all the non SBTS volunteers and DO. Downieville Outfitters ran shuttles because they didn't want to go out of business, that's their business and how they make a good portion of there income. I don't know why you'd call them clowns, they are super nice and helpful.

Mkrol (Dec 27, 2020 at 20:53)
@pistol2ne: The governor closed entry to many state parks this year. However, the trails were never closed, just the parking lots and street parking within the park (auburn state rec area for example). As long as people rode or walked to the parks, they could use the trails.

surkovich (Dec 27, 2020 at 21:18)
I was employed and live in Truckee all summer. I travel for work and havent updated my pinkibke profile in years.

Mkrol (Dec 27, 2020 at 23:31)
@surkovich: I'm not sure why ericharger has a problem with people riding in the mountains after the stay at home orders expired. All the trail stewardships this year really encouraged social distancing, riding within one's ability, and being friendly on the trails.

I think he's just upset because he was the only bay area individual who didn't go to Tahoe this year. Hwy 50 was insane this year, Soo much traffic and inexperienced drivers in the mountains.