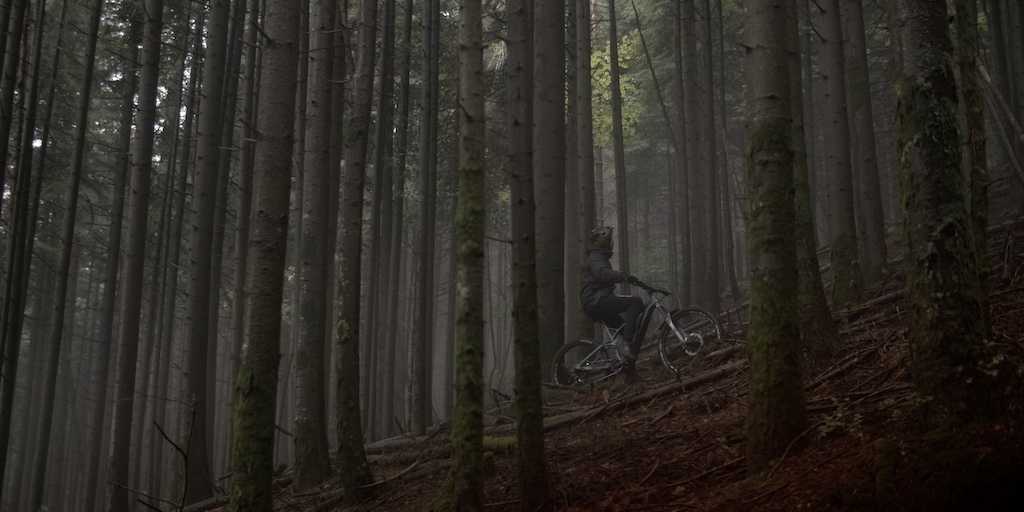 DEDICATION
ELIOTT LAPOTRE
videography: edgar hans // words: jp gendron
Eliott Lapotre is a 28 year-old Freerider that has been helping infuse new style into the blood of gravity riding in Europe over the last 10 years. Hailing from Les Vosges mountains in eastern France, Eliott grew up romping around his family’s ski lodge, L'hotel Chalet le Collet. Les Vosges being a far more modest range compared to the grandiose Les Alps just south, has provided the aspiring young freeriders of area a rather ideal setting to practice and craft their art. Eliott and his pals refer the area as “Petit Canada,” which is properly indicative of their general perspective on mountain biking- fast and loose.

Existing in parallel to the same young generation of racers that have been dominating the World Cup scene in recent years, there lives a thriving and growing young freeride culture in France. A small handful of young riders have been steadily molding this movement as an extension of their experience; evolving and designing a freeride culture that continues to emerge throughout Europe.

While the racer endlessly preps their body and mind for the track and clock, all within the tape; the freerider exists outside the box, required to build their visions and lines. In the process expanding what’s possible through the meticulous experimentation. The results are an expression of time and place, inspiration and creativity, that push mountain biking forward.

It was New World Disorder 4, that first blew young Eliott’s mind and opened his eyes to the possibilities of freeriding. Being 14 at the time, him and his buddies looked at their surroundings in the quiet Les Vosges, and immediately began building jumps around Le Collet. The simple excuse of being outside and not causing a ruckus within the lodge was enough to give them free rein to build as they please.

While the majority focus of mountain biking in France was committed to the various forms of racing, especially for anyone with dreams of going pro, Eliott’s only desire was to spend his time building trails and improving his skills on the bike. Around 2010, as Eliott tells it, the freeride movement in Europe began to take hold and bigger possibilities were coming into light. The attention towards shorter, more artistic edits was amping up along with the growing prevalence of social media, both providing new avenues for the world to see freeriding in its many forms. By 2014, Eliott had begun gaining the attention of sponsors and his career as a mountain biker had officially begun. 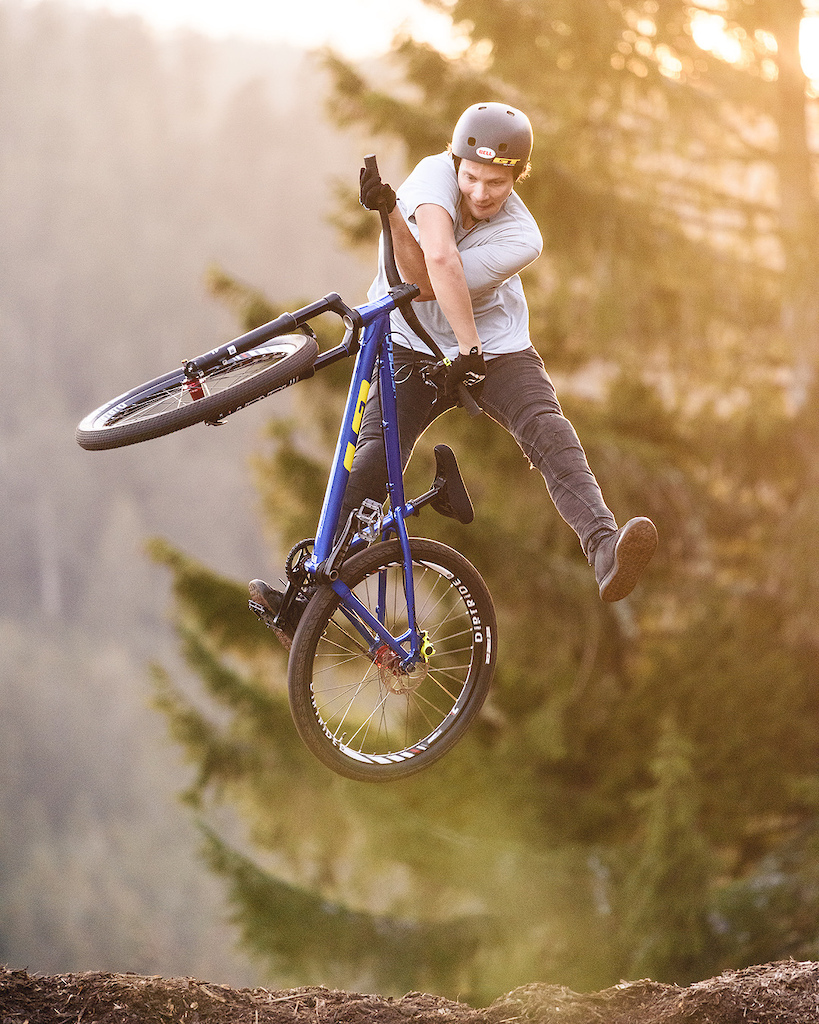 Since going fully professional in 2018, Eliott has continued to expand, pushing his riding forward with the opportunities to travel the world, riding in some of the most iconic zones with many of his early idols. His first trip to North America as a pro to finally realize “Grande Canada,” for a film project in Williams Lake, BC with SR Suntour teammate, James Doerfling, that same year was a massive and life-changing experience for Eliott. Doerfling took the wide-eyed Eliott under his wing, and did his thing- billygoating up to every possible insane ridgeline while Eliott with a concrete smile, did his best to keep up. I happened to be on that trip shooting with Hoshi Yoshida, Matt Brooks, and ol’Solos himself Mitch Cheek. Keen to join the party also was another SR Suntour athlete and Williams Lake local-yocal, Jeremy Stowards. We followed Doerfling into one particularly deep and remote zone, Eliott was for sure the wild card initially. Fresh from France and getting eaten alive by mosquitos- poor kid was absolutely covered in bites, and yet was as stoked as ever- he plugged right along. Steadfast and unfazed with his infectious excitement and positivity, Eliott kicked-ass on that trip and made it out more alive than ever. 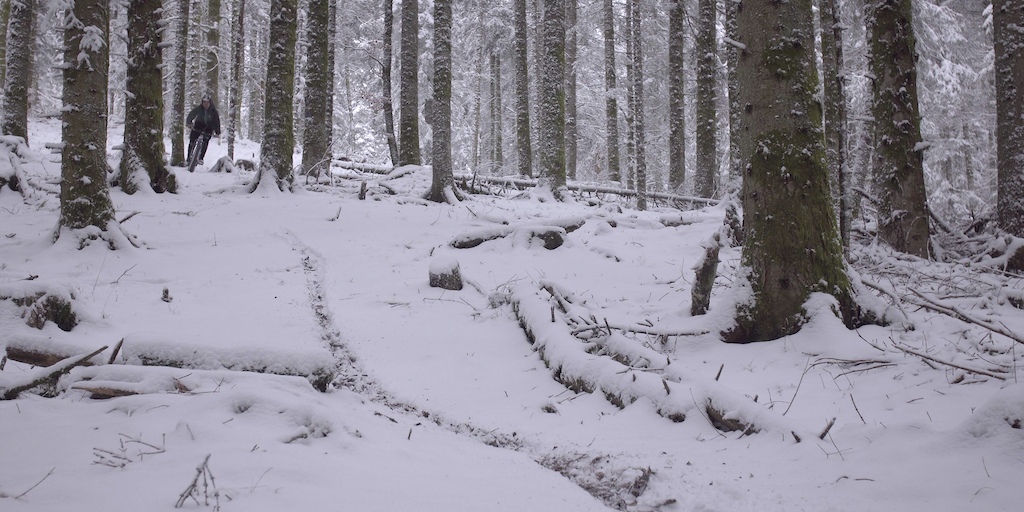 Sharing his love for mountain biking has been a pillar of Eliott’s passion, and generally a common thread between freeriders. The open sourcing of ideas, techniques, and styles that pushes everyone’s inspiration further is a unique aspect of the freeride culture that confidently promotes an inclusivity rare in most other sports. As Eliott states it simply,

“You find friends, or a cycling buddy, you have something in common, like creating a track and riding, it's just nice to share the same passion, near or far.” 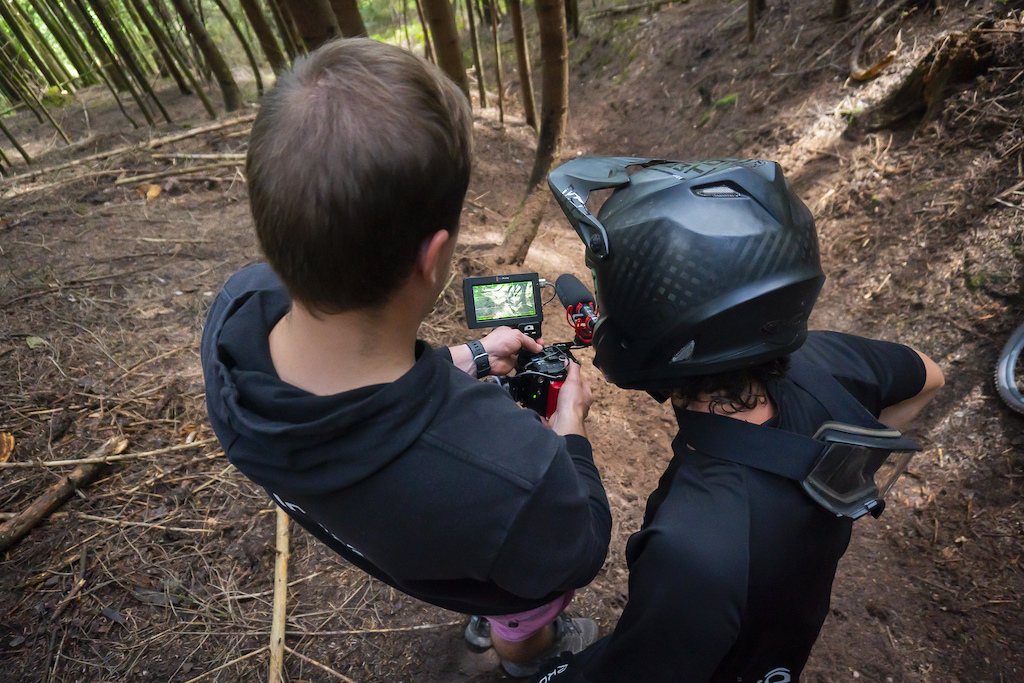 In 2020, with a limited ability to travel or gather, and certainly no pond-jumping to Canada or the yearly pilgrimage to Utah for Rampage to dig for Tommy Genon, Eliott shouldered into what was in front of him- the terroir of his family in Les Vosges. Time alone is time to reflect, recalibrate, and refocus. He found himself spending countless hours scouting, building, and riding alone or with a very close few, tapping deeper into his home mountains and the roots of his dedication. 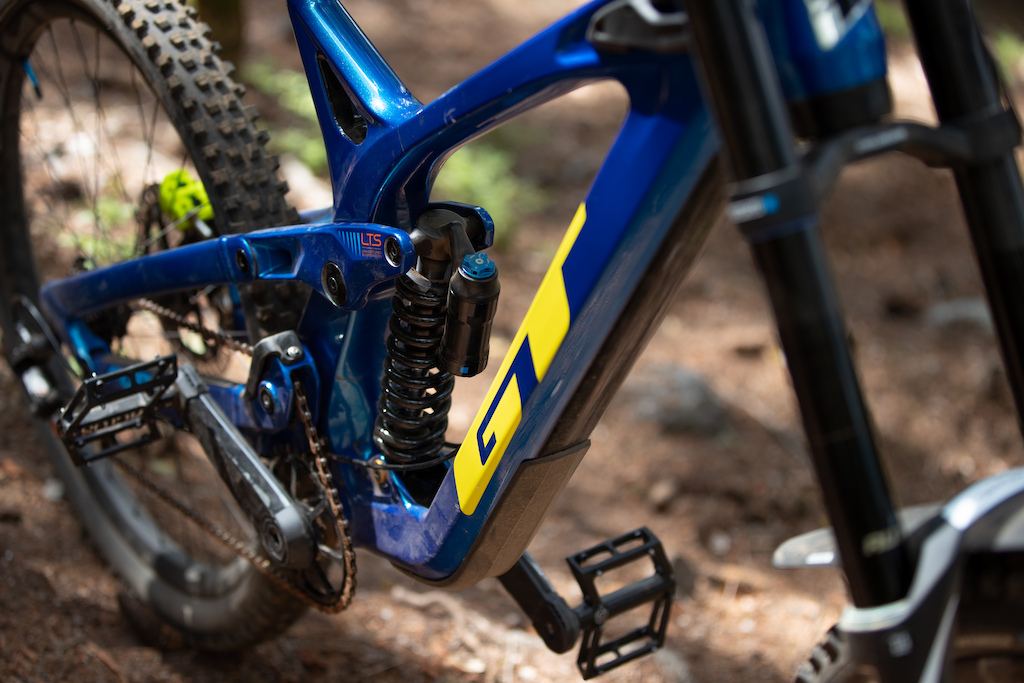 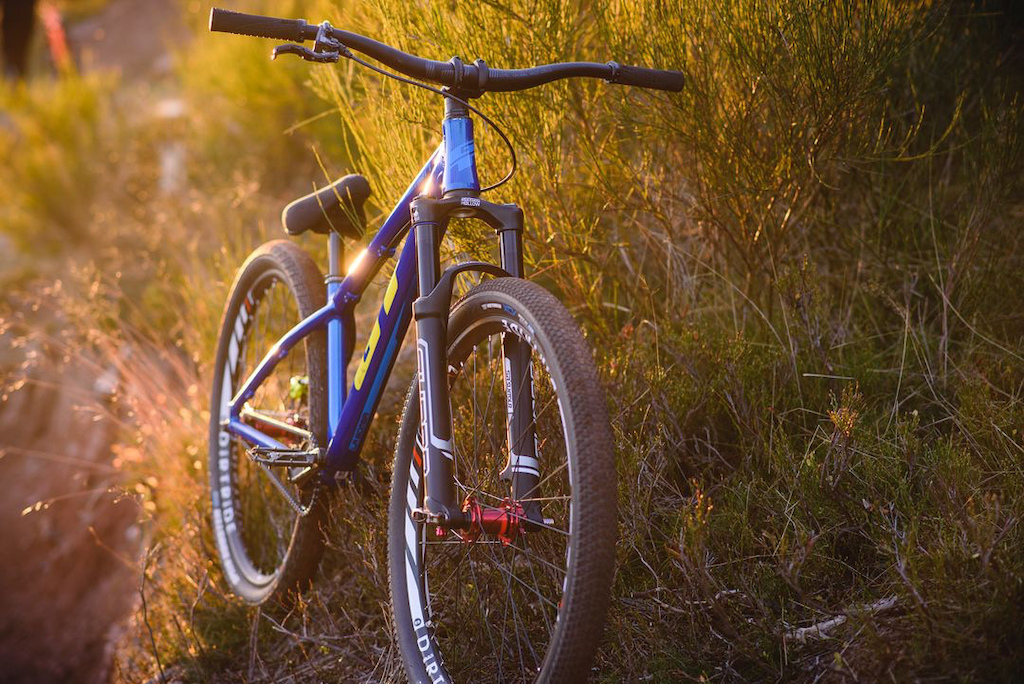 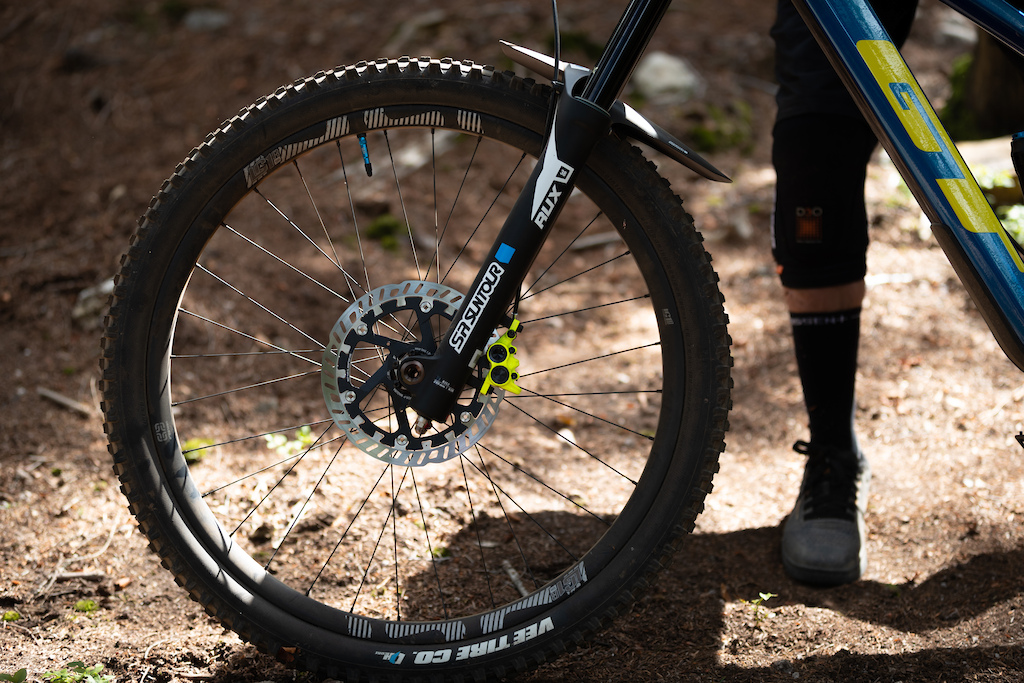 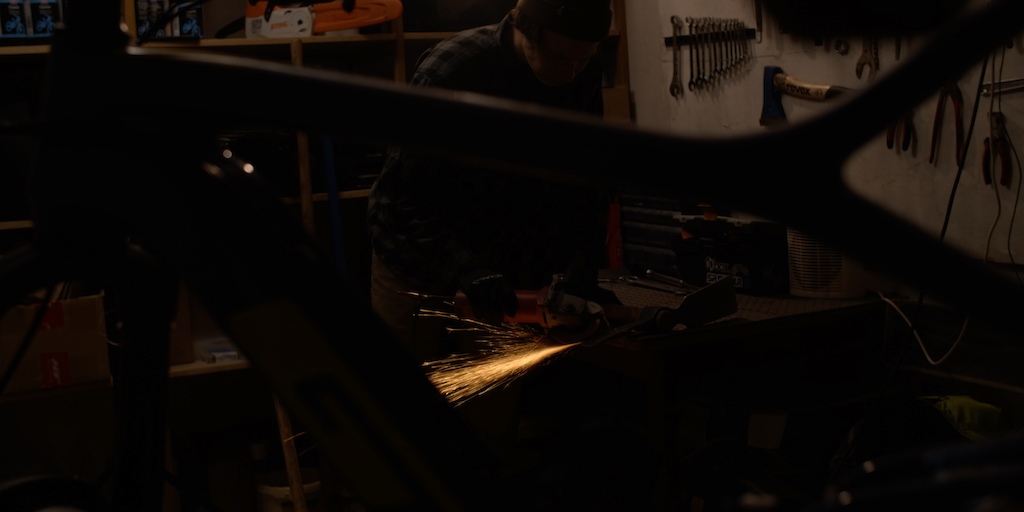 Not being able to share in the experience of mountain biking as much this year has opened the opportunity for many of us to hunker down in our homes, give due attention and appreciation for what we have. Eliott’s year at home in Les Vosges and the family lodge was exactly that- dedicated to growing in place and expanding from home. With videographer, Edgar Hans, they created this short film “Dedication,” as a quiet, thoughtful expression of the year 2020 through life one French Freerider pursuing his vision and definition of what it means to ride a bike.

Dedication is the foundation of a life lived in-stride with one’s passions. We grow and learn as needed by the challenges and struggles encountered down the long path of pursuing our destinies. It is in this, the process of living through our passions, that we gain all we need to push forward.

befablogsen (Dec 17, 2020 at 1:20)
Damn stoked to see that some guys take their time for edits. Good job and a legendary smile. Keep up that good work Buddeh!

fly4130 (Dec 17, 2020 at 5:50)
Man, riding has progressed so much these days but the cinematography and editing is blowing my mind even more. "Affordable" quality cameras, software, and the dedicated creative minds behind the equipment are pushing videos into places us old VHS-era people never could have dreamed about. Fantastic work!

kampfar (Dec 18, 2020 at 0:46)
A video with lifre cycle and seasons accents which allows us to better know and appreciate this pilot. Thanks.