Video: Emily Batty is Back with a New Team in Season 2 of 'Ambitions'

It's a new season of Ambitions with Emily Batty and this second season introduces her new teammate on the Canyon MTB Racing Team, Laurie Arsenault. Heading into the unknowns of the 2021 season, the team recently navigated a training camp together in British Columbia and are now preparing to kick off racing in coming weeks.

"We're coming out in full force for the first two World Cups," Batty says—with those two races being Olympic qualifiers, the stakes have never been higher. Assembling a team with the best support, from the gear itself to the people involved, was critical. The new Canyon MTB Racing Team will be managed by Adam Morka, with Batty's brother Mark serving as the team's lead mechanic as they tackle a full World Cup circuit.

Arsenault, a former cross-country skier, fell in love with mountain biking when she was training in the offseason. I love mountain biking because it's it's so liberating for me," she says. "I was training with a lot of boys who are so much in shape and growing so fast. And I was always like crashing everywhere. And I remember crying after the trainings and I don't know I just like triggers something that I want more with that sport. And eventually it just clicked."

For Emily Batty, the new team is a big step in her career both as an athlete and as a woman in the cycling industry. "I get to be a voice at the table now," she says. "In a very male-dominated sport, that is really important for me. There are so many ideas and visions that I want to bring to the table. And I really want to make my mark in this industry. This program is allowing me to do that."

In this episode of Ambitions, the German-engineered Canyon Lux bikes are getting their first test rides in BC, complete with Shimano, Fox, Ergon, Schwalbe, and DT Swiss components. Fans of Ambitions will remember Emily and Adam from previous seasons, of course, but it's the first time fans are getting to know Arsenault and Mark Batty—and get up close and personal with the team bikes!

Check out MTBracing.com for more up-to-the-minute team news, best tips, and tons of content from Emily and the team! 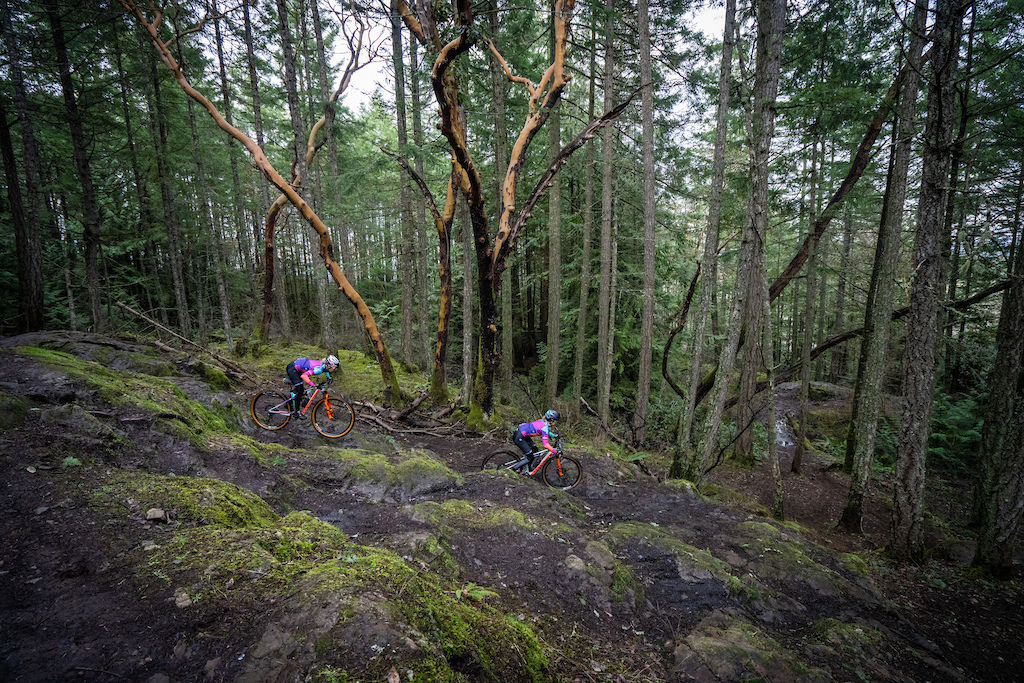 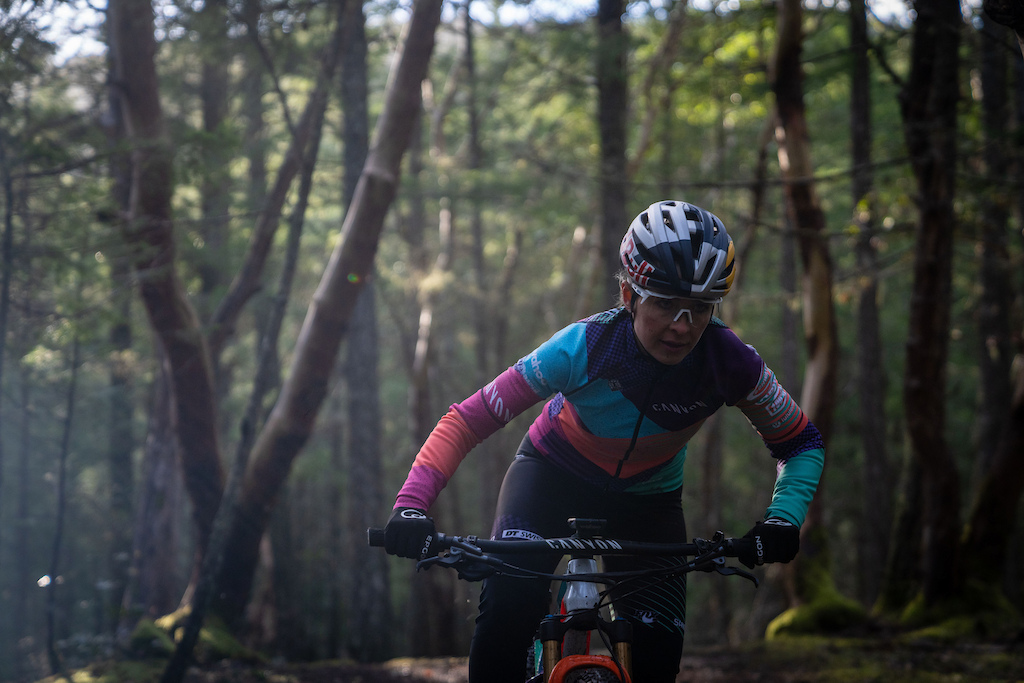 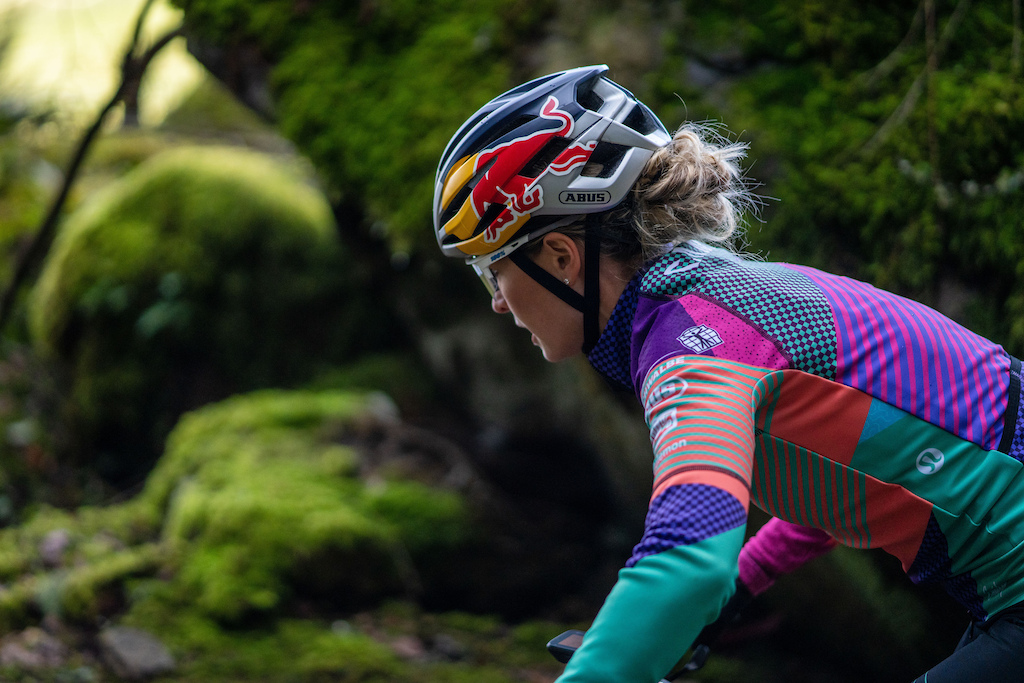 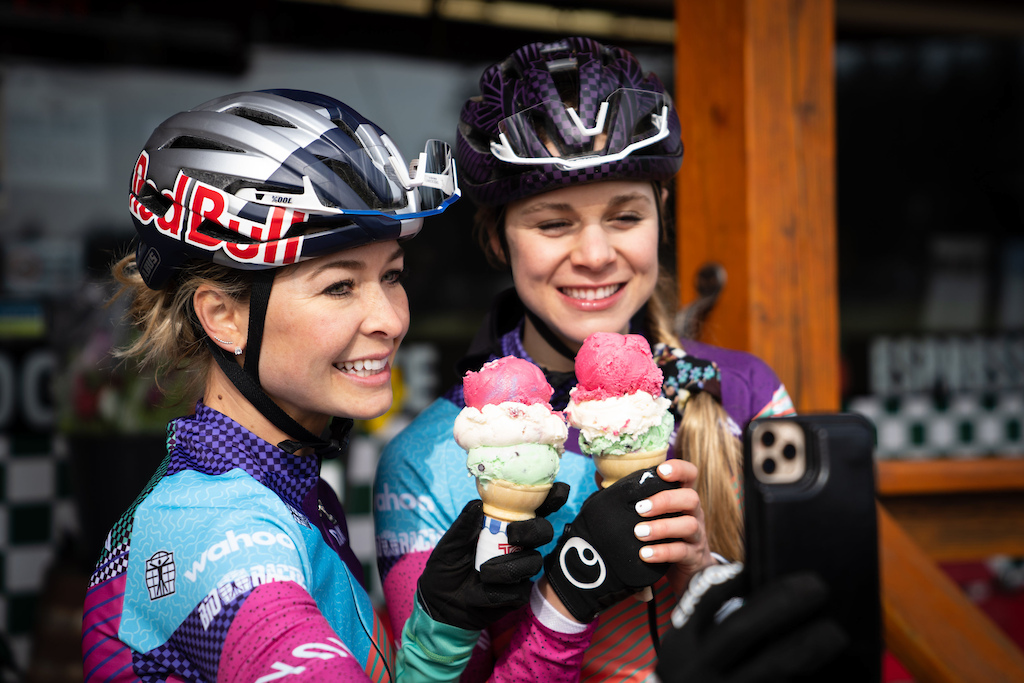 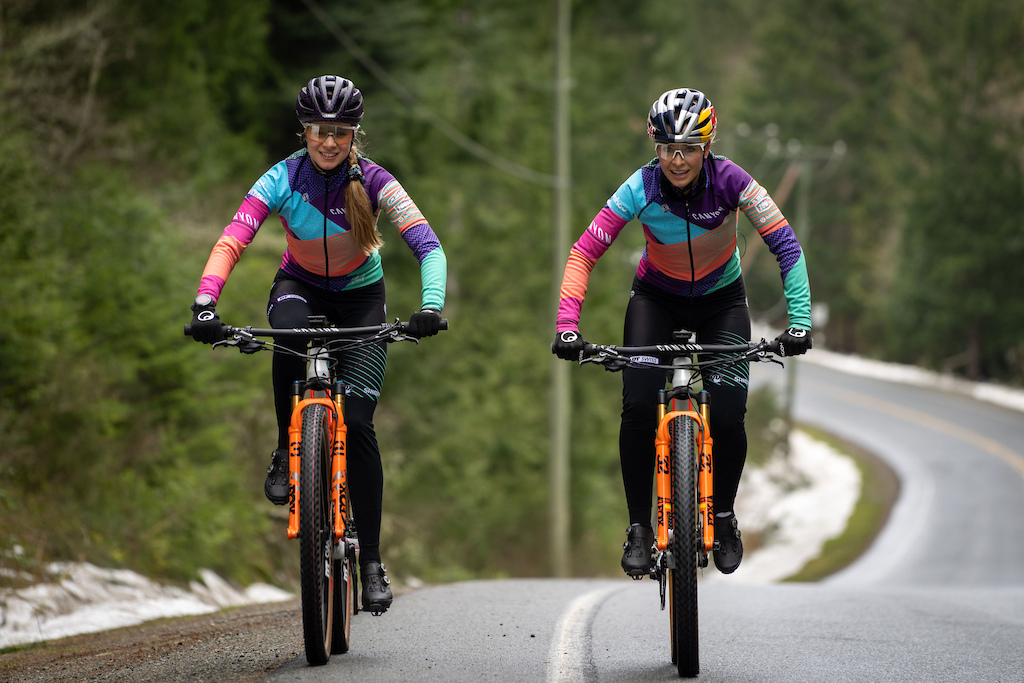 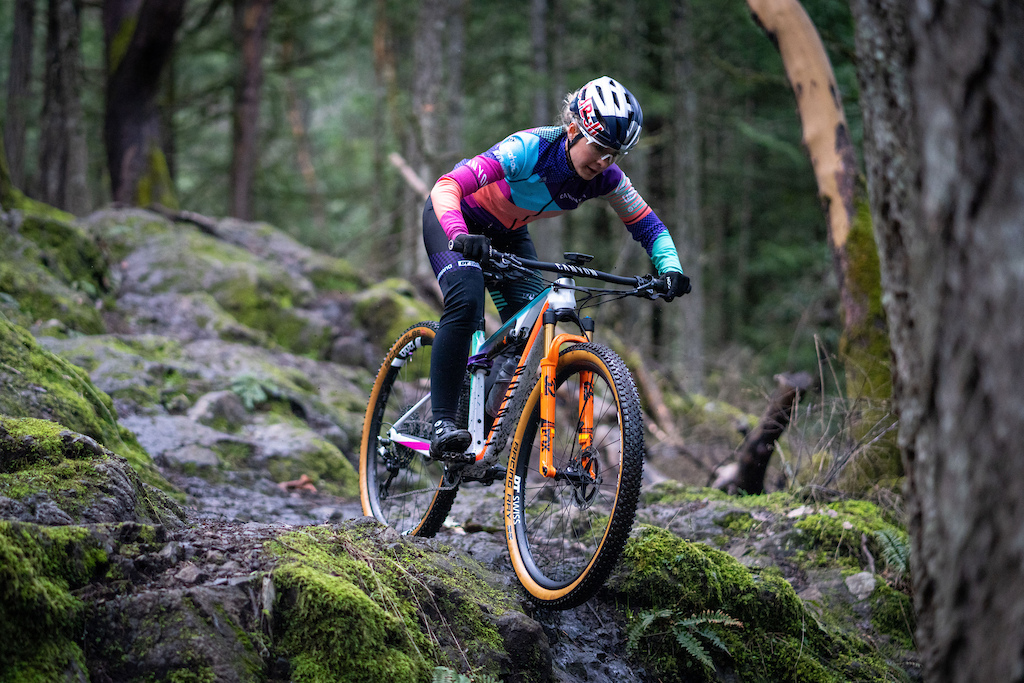 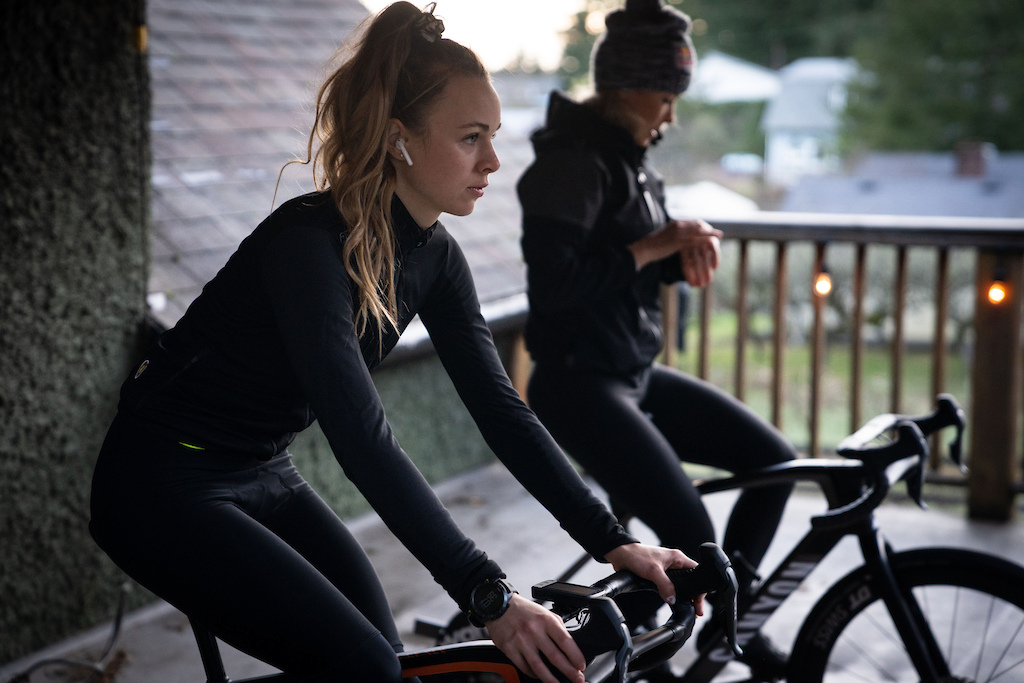 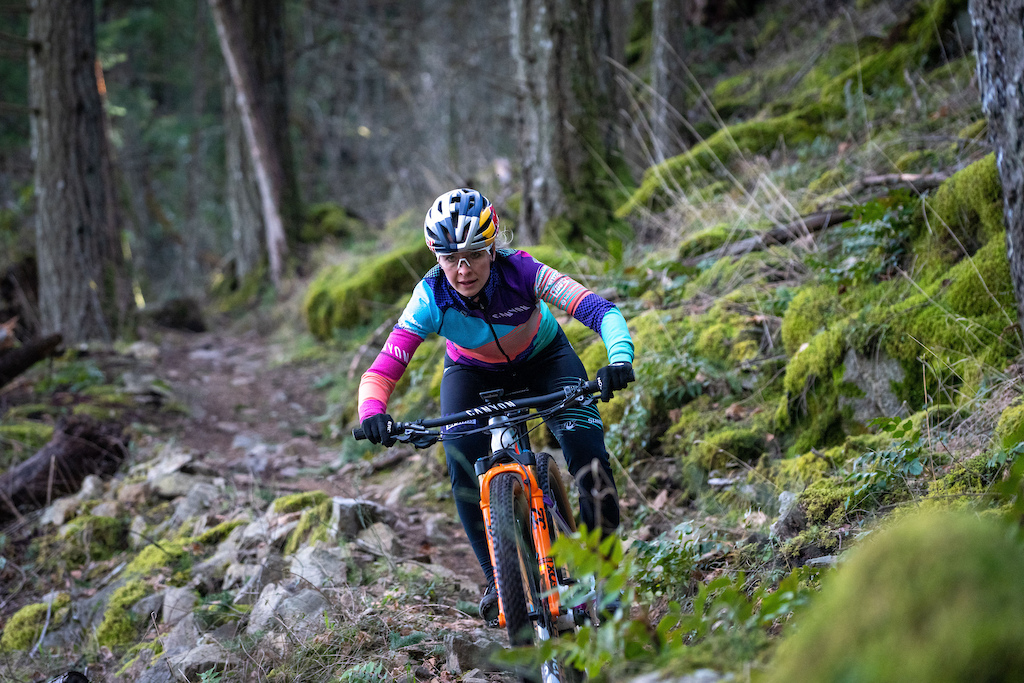 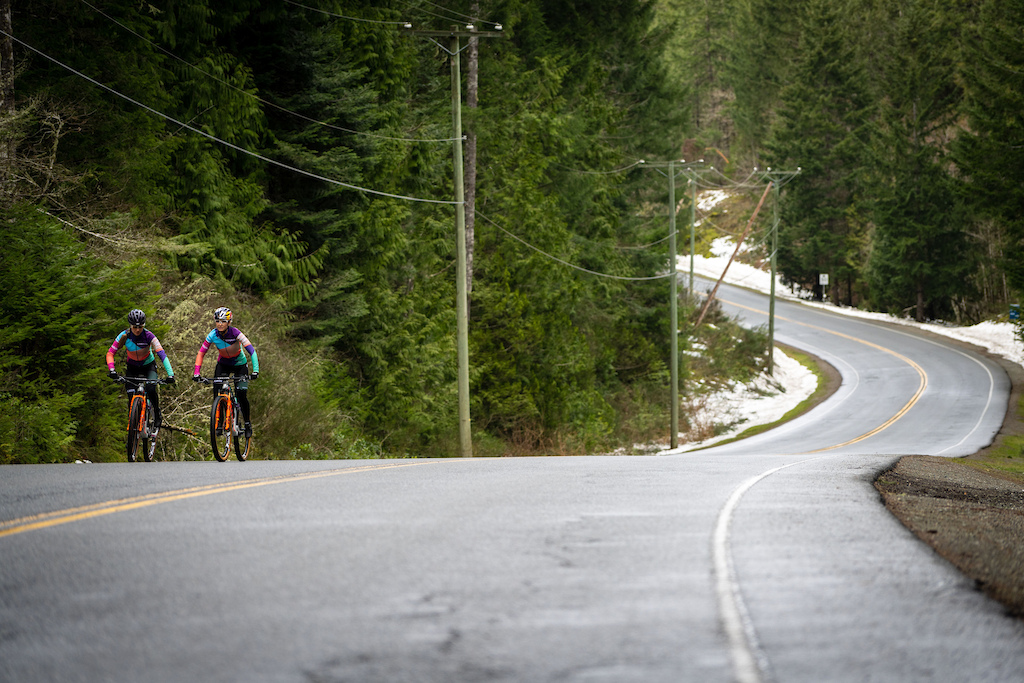 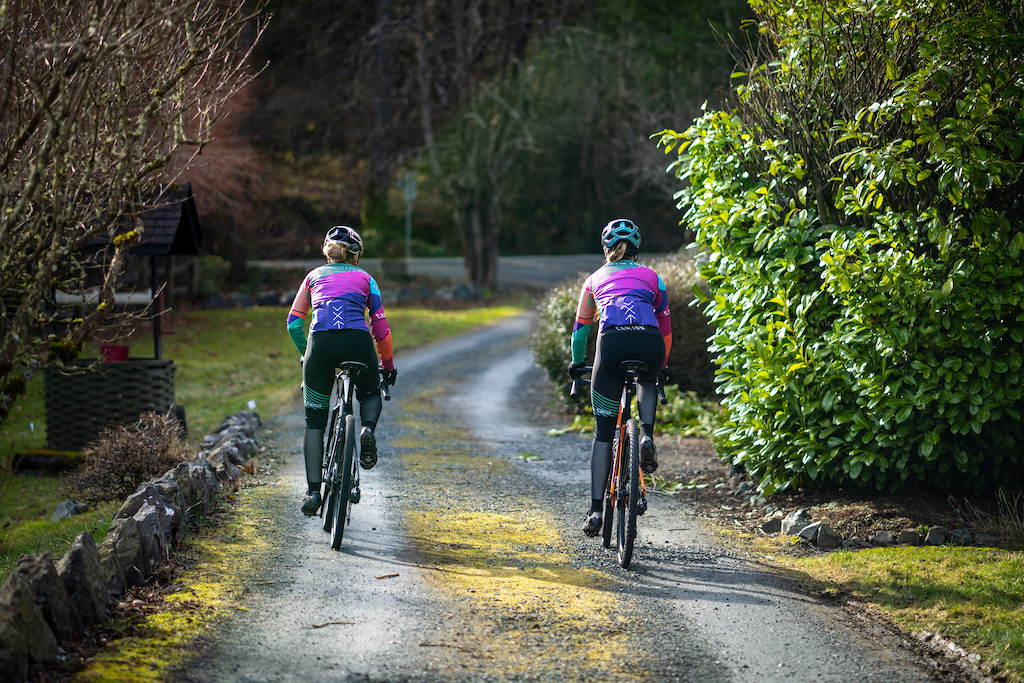 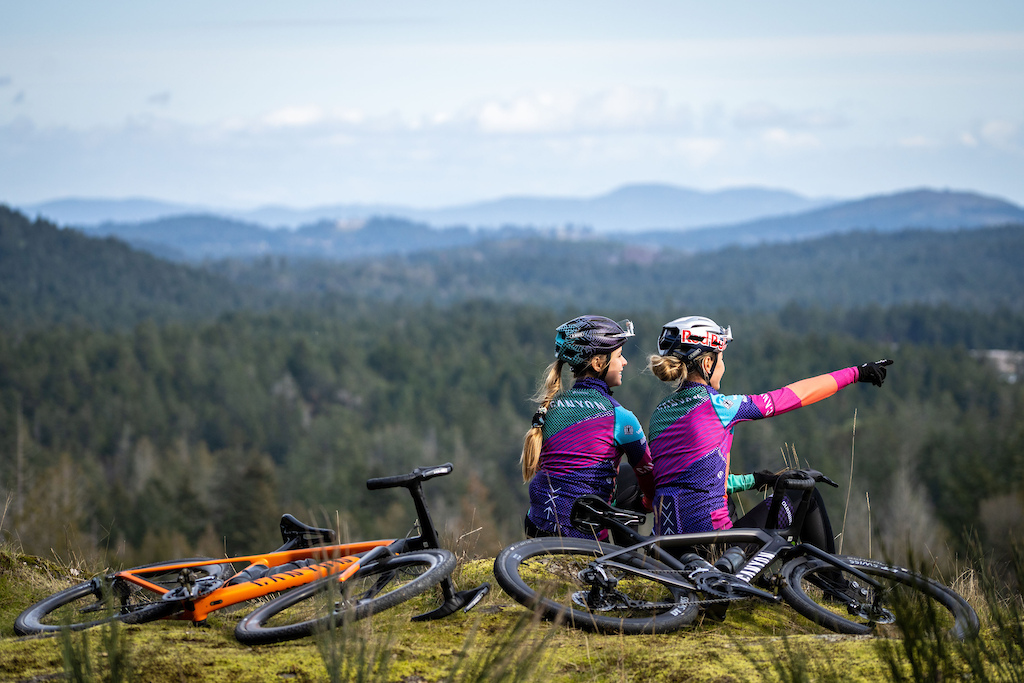 DoubleCrownAddict (Apr 29, 2021 at 3:03)
Great pictures, even color matching ice cream. Impressive video, charging through the rock gardens and showing great bike handling skills. Emily is a great ambassador for the solid brands she represents, look forward to seeing them race this year.

DoubleCrownAddict (Apr 29, 2021 at 21:14)
@mi-bike: I've ended that and deleted it from my derailleur hater blog. Only had one reply and it was sarcastic.

commental (May 1, 2021 at 5:35)
@DoubleCrownAddict: No shit? You mean you aren't going to put Shimano out of business after all? Disappointed.

dhpig (Apr 29, 2021 at 4:55)
I don’t agree that the world of XC racing is a male dominated sport. The women’s field is very competitive and a lot of fun to watch. Perhaps she is speaking about the biking industry in general?

Agree with you the women's racing field is absolutely incredible. So many high level and closely matched athletes all on factory rides who are battling for wins/podiums every race.

Certainly made for great entertainment when Nino was just dominating the men's field year after year (as much of a beast he is, watching him, Lewis Hamilton or Michael Schumacher win is boring. Though at least with Nino it's not so equipment related).

UPBike (Apr 29, 2021 at 8:11)
@Ktron: You must not have seen the last couple of years of World Cup. Plenty of guys mixing up the top-10 these days. Nino will be working hard to win any World Cups this year.

SidewaysSingleSpeed (Apr 29, 2021 at 13:20)
I do think she means the industry as a whole. I would agree that the women's field has been more entertaining than the men's. I wish it was still just as entertaining when 1st place rarely changes, but it's hard to get into watching for the rest of the podium when it feels most like a race of if anyone can beet Nino. Sure a couple have, and there have been some close races, but tell me that you'd feel like a world cup race was "complete" if Nino wasn't there.

We are at one week of the opening of the XCO season, will you update the rider list for the fantasy league?

Because the list is two years old and for exemple, Helen Grobert stop mtb after a scandal of dopage.

Laura Stigger or Loana Lecomte are not on the list too, quite a shame.

taskmgr (Apr 29, 2021 at 9:10) (Below Threshold)
It's emily's makeup slowing her down. She can probably drop 5lbs by not wearing any. It's wierd how much makeup the xc girls wear in general.

Love to play this sort of stuff for my 9 year old daughter so that she can be exposed to healthy & motivated female role models.

betsie (Apr 29, 2021 at 1:25)
Canyon have gone for progressive geometry by making the head angle steeper... That bike looks so nice, who wouldnt want to ride one of them on their local XC, looks fast just sat there.

jdigdog (Apr 30, 2021 at 9:47)
Loved the comment about Laurie "her style is very Yolanda'ish"!!! Just shows you how much respect they have for their competitors and it's a really big complement. I hope Emily and Laurie are very successful! (and Emily, you have and are very much making an impact on this sport!)

oldfaith (Apr 29, 2021 at 1:18)
Bring on race season! This kind of content especially displaying the hunger of the athletes and team members to perform is what gets me excited.

tacklingdummy (Apr 29, 2021 at 12:00)
The team looks dialed. Everyone looks really pumped and hungry for the upcoming season and their bids for the Olympics. The bike looks awesome.

karl-huckingbikes (Apr 29, 2021 at 0:06)
Well done emily for joining canyon wheres all the fun gone in biking of diffrent teams its all just canyon now lol