Video: Evan Wall Is Ready for EWS Racing in Europe in 'Groundwork'

Last year Evan Wall rode, wrenched, and raced his way to a pro contract with Orbea in the inaugural season of Pinkbike Academy.

One year later, the Alberta-born 22-year old is heading off to Europe for the second round of the Enduro World Series; to meet and race with his new teammates on the Orbea FOX Enduro Team.

We caught up with him on his local trails in Squamish, BC. to see where his head's at as he gets ready for his European tour. 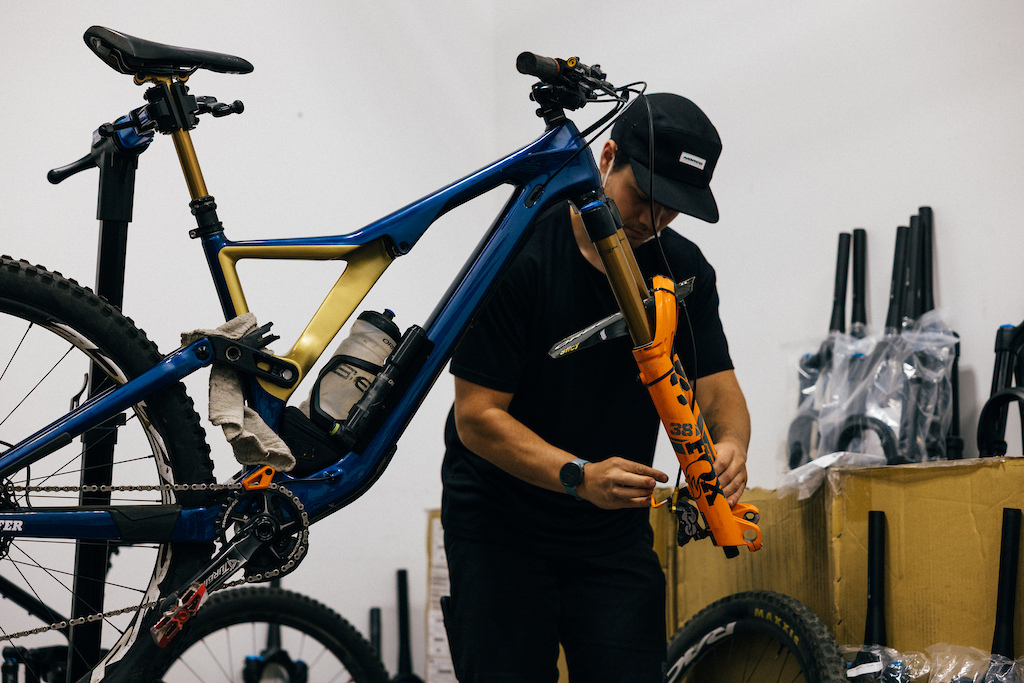 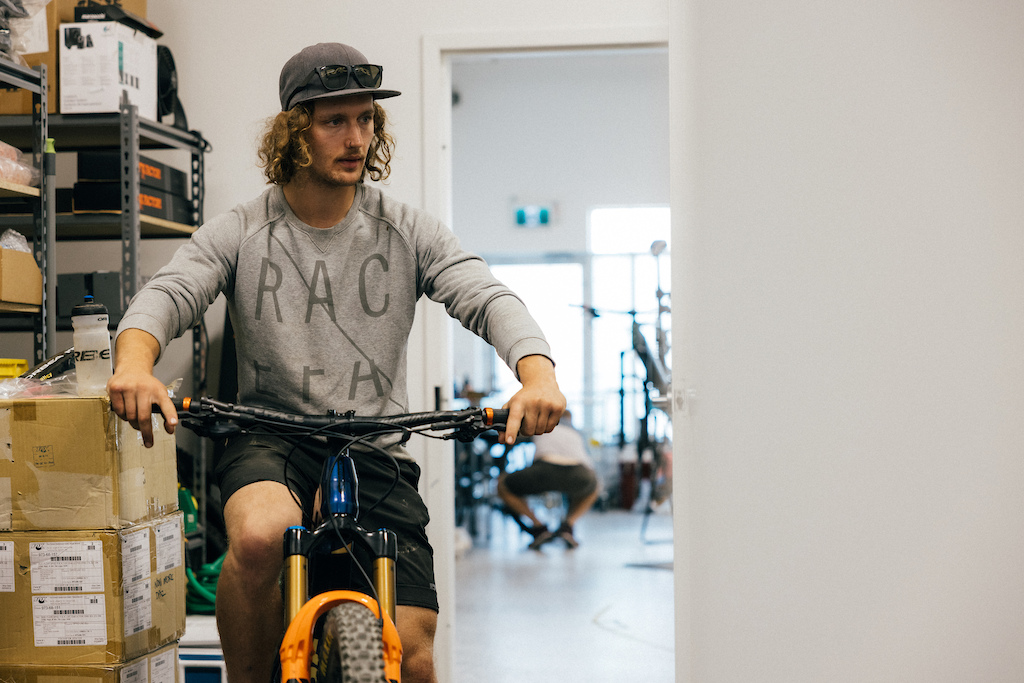 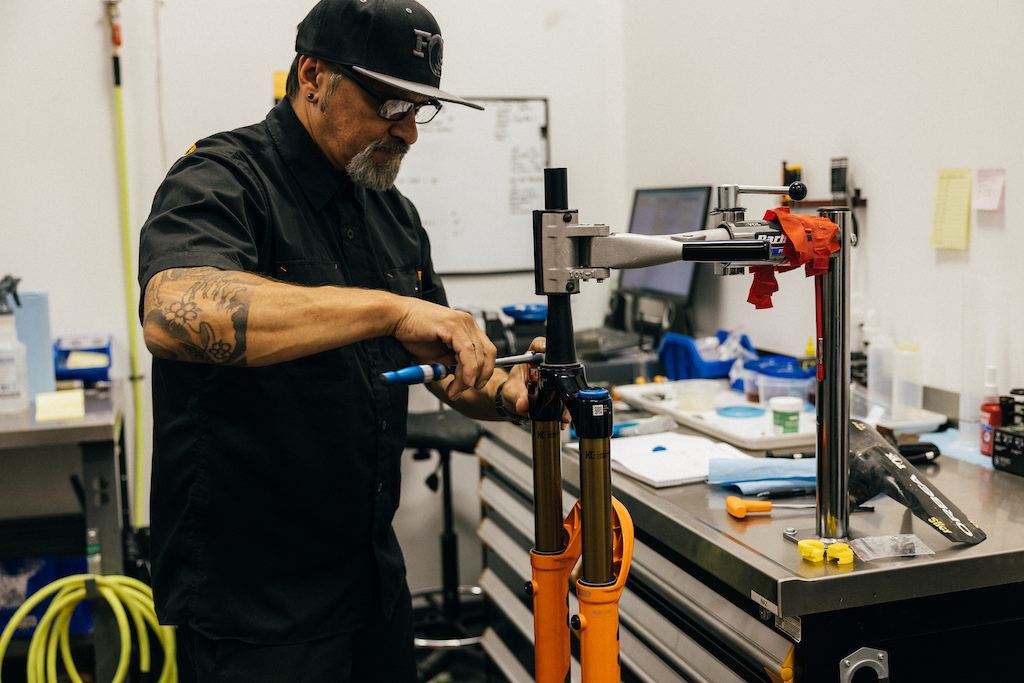 How Pinkbike Academy has changed his outlook on riding:
Evan Wall: My outlook has remained fairly similar, always having as much fun on the bike as possible! Now I just have more structure with the ways I ride and gym/nutrition to support it. That brings higher goals for myself and I get to ride more than ever!

Whether he feels ready for racing and what he did for training ahead of the season:
Evan Wall: This full year on a training program has been amazing. Working on cardio and strength on bike and in the gym has helped a ton, especially because the pedally stages have always been my downfall. I’ve also changed my technique quite a bit to help myself through the corners and add consistency, which will be important coming into racing.

Why he didn't go to the first round of EWS:
Evan Wall: I missed out on the first round of EWS for a few reasons. One being at the time of booking everything, I would have had to do the Covid hotel and quarantine thing when I got back. Luckily that changed for all the people who did go over and coming home in between races wasn’t too difficult. With that in mind, we decided it would be good for me to race Trans BC and the first of the Canadian National Enduro Series. Unfortunately those got cancelled and pushed back. 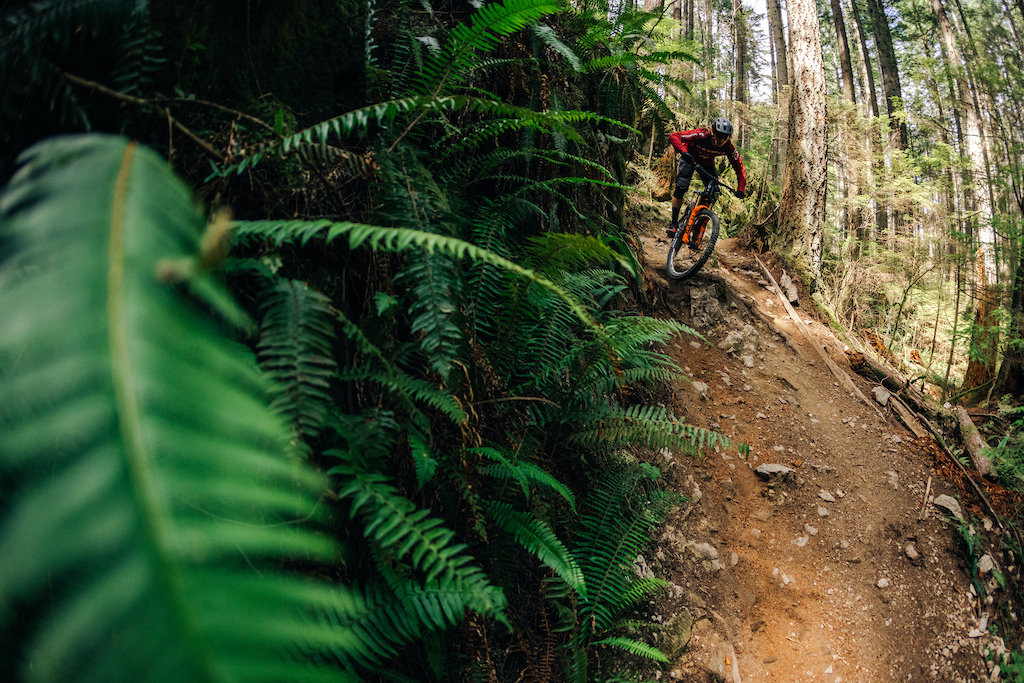 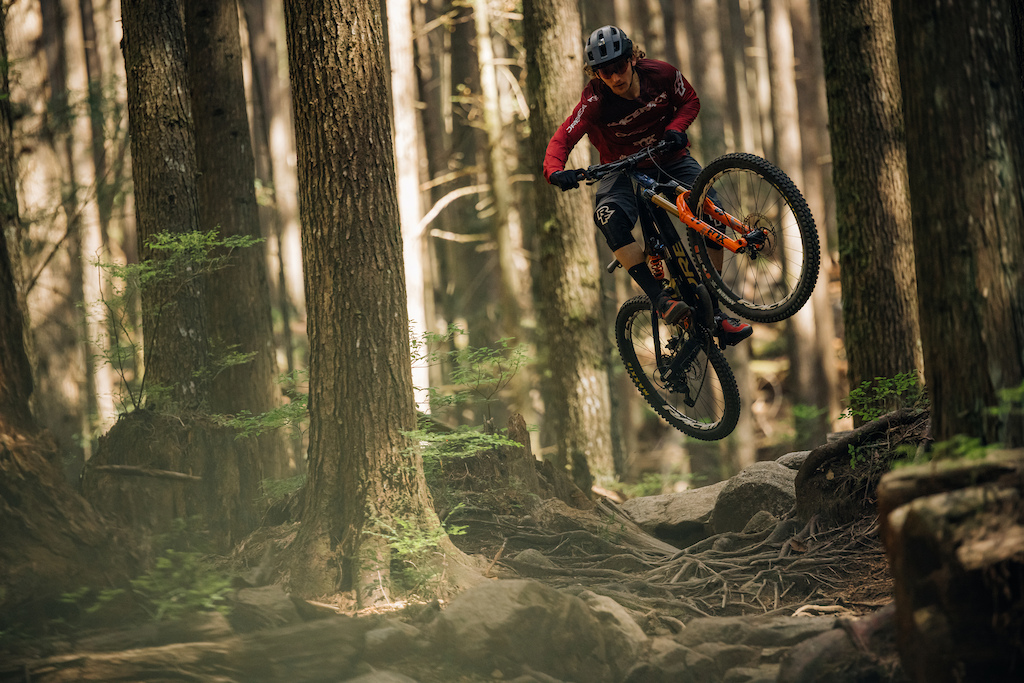 Whether he felt like he was missing out and how he kept the focus on training:
Evan Wall: I definitely felt like I was missing out a bit - the first couple races looked unreal and I would have loved to be there, but I made the most of the scenario and kept pushing on training, as well as getting on as many media and marketing projects as I could.

What he's been up to other than riding/training this year:
Evan Wall: Honestly that is about it! I was able to squeak in a trip back to the Interior BC for a week, getting to ride some of my favourite stuff there. I’ve been loving spending time on the moto this year as well, but have been riding that less as we close in on race season. I recently took up frolfing, which is a deadly down day activity. haha

What it's like to call Squamish home and ride with local pros:
Evan Wall: It's pretty cool being surrounded by so many top level riders in the Sea to Sky Corridor. Remy Metailler had me come out and spend an evening shooting together for a Youtube video which was sweet to be a part of! I’ve also spent a fair bit of time with fellow Orbea/Fox/Race Face rider, Geoff Gulevich, which is pretty unreal after watching him in all the bike films when I was growing up.

Who has helped him the most getting acquainted with the “pro” lifestyle:
Evan Wall: Geoff has definitely helped quite a bit with the behind the scenes/admin stuff. Christina Chappetta and Tom Bradshaw have also been helpful with that, and of course Blueprint for all the training structure. 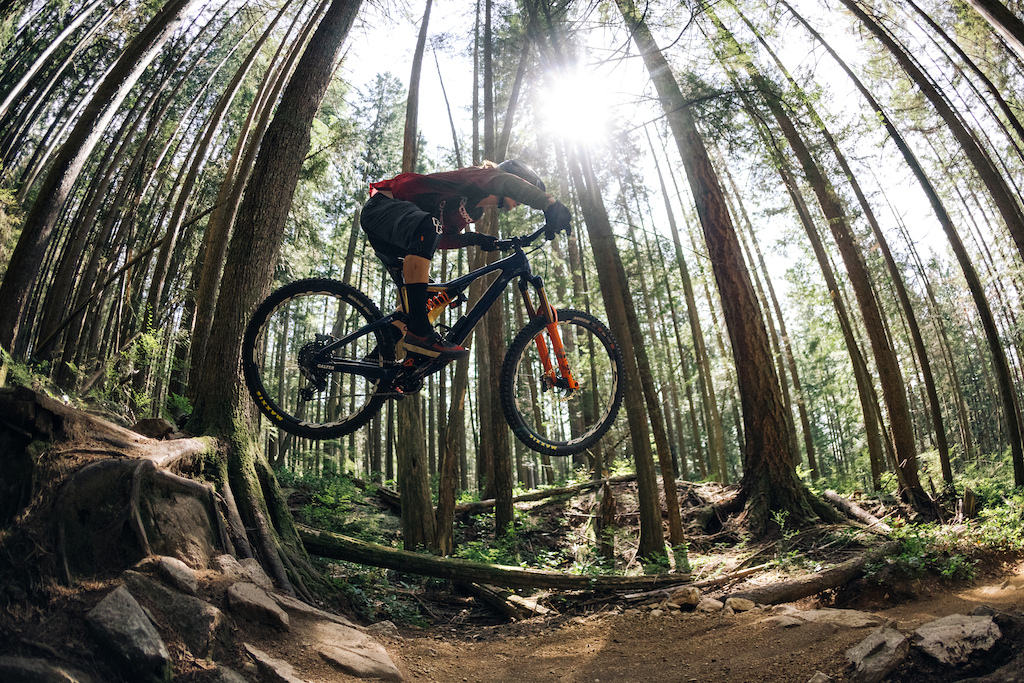 The most exciting part of heading to Europe to race:
Evan Wall: It’s hard to pick one most exciting thing! A big one is just to meet the whole team for the first time. I’ve just chatted over phone call/video so far so getting to know them in person will be great! Also getting back to racing is a given - it’s been a long time and I’m super excited to get back to it! The whole travel experience will be new to me as well. I did a very quick trip to Finale Ligure for Trophy of Nations in 2019, but other than that I haven't left North America. Seeing all the places, culture, and meeting new people is super exciting!

His expectations going into racing in Europe:
Evan Wall: That’s a tricky one - I obviously want to do as good as possible and aim high. I haven't been around the EWS for a couple years now, and it looks like times have tightened up across the field. I plan to go over there, give it my all and learn as much as possible to take into the next season, where I think I’ll have a better gauge for this question. Let ‘er buck and time will tell, eh! 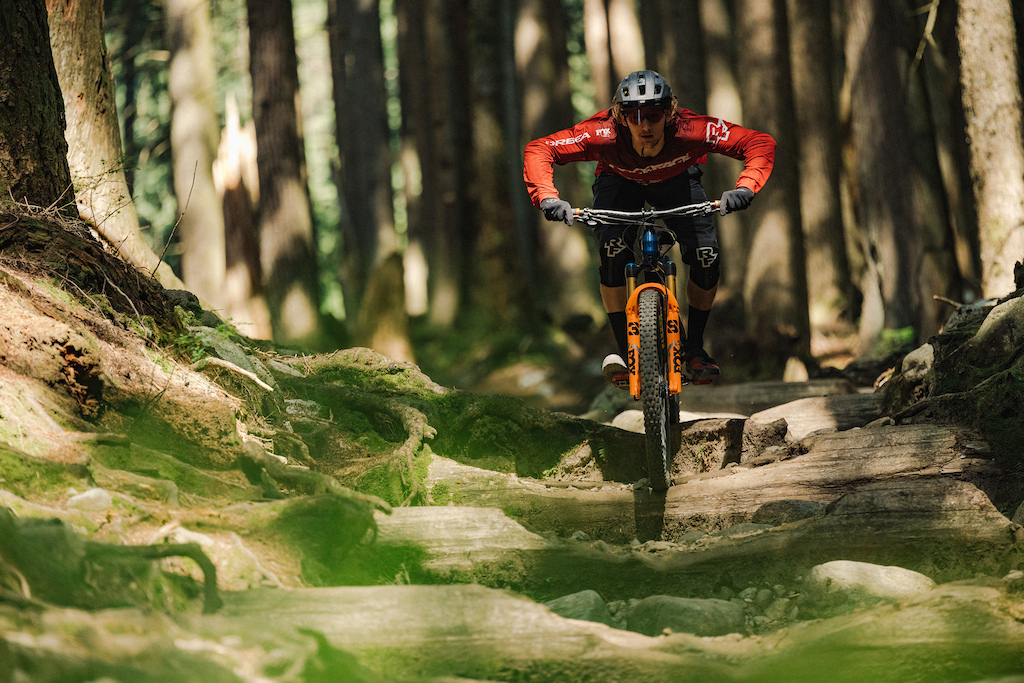 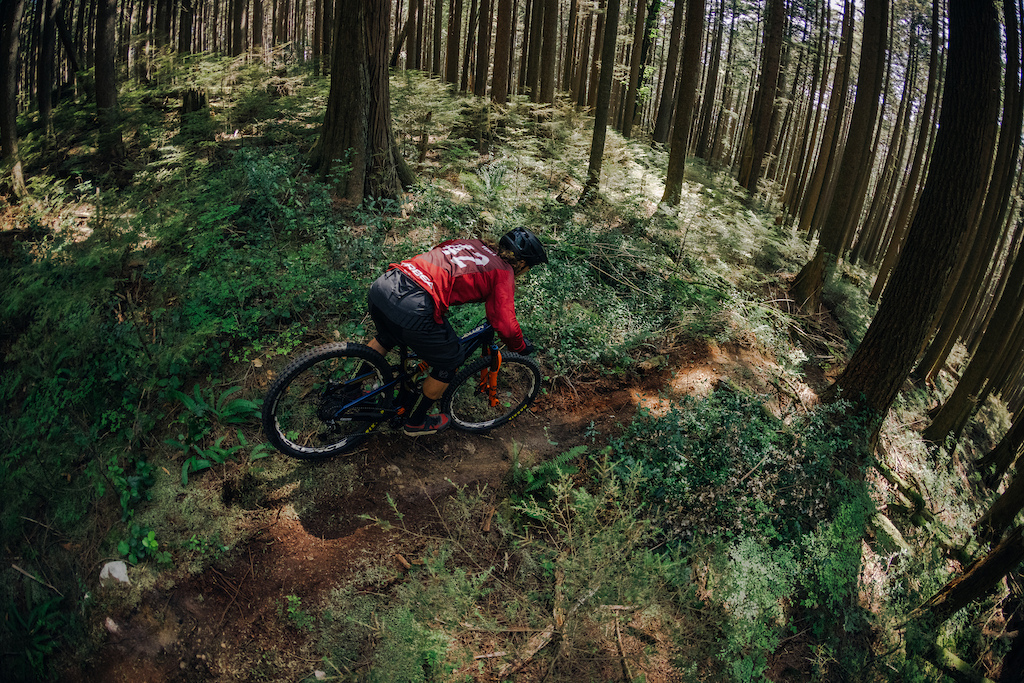 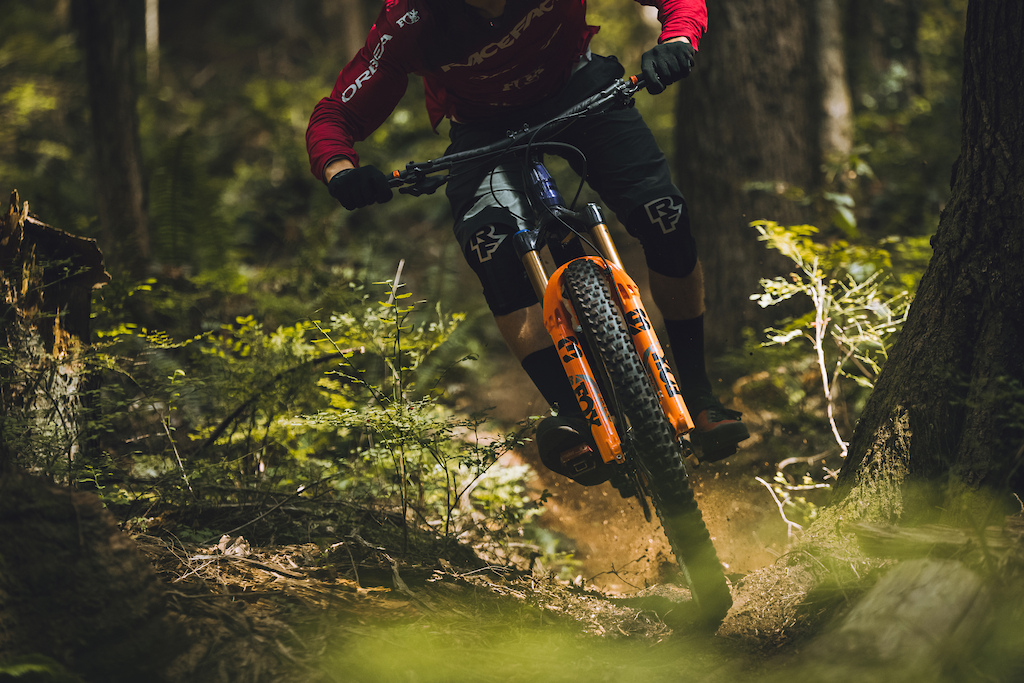 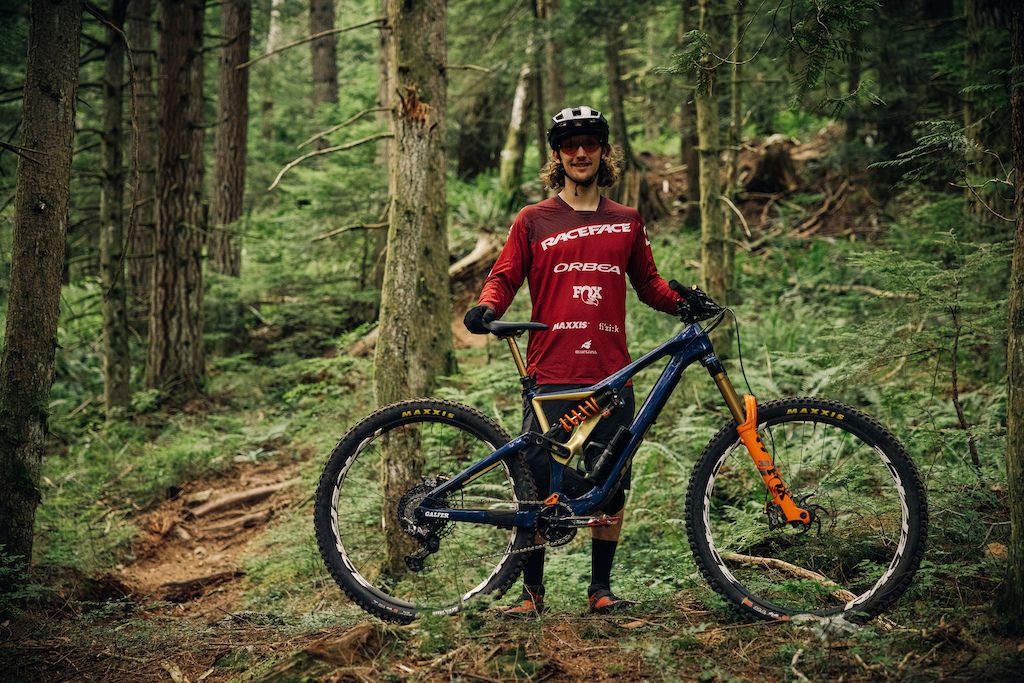 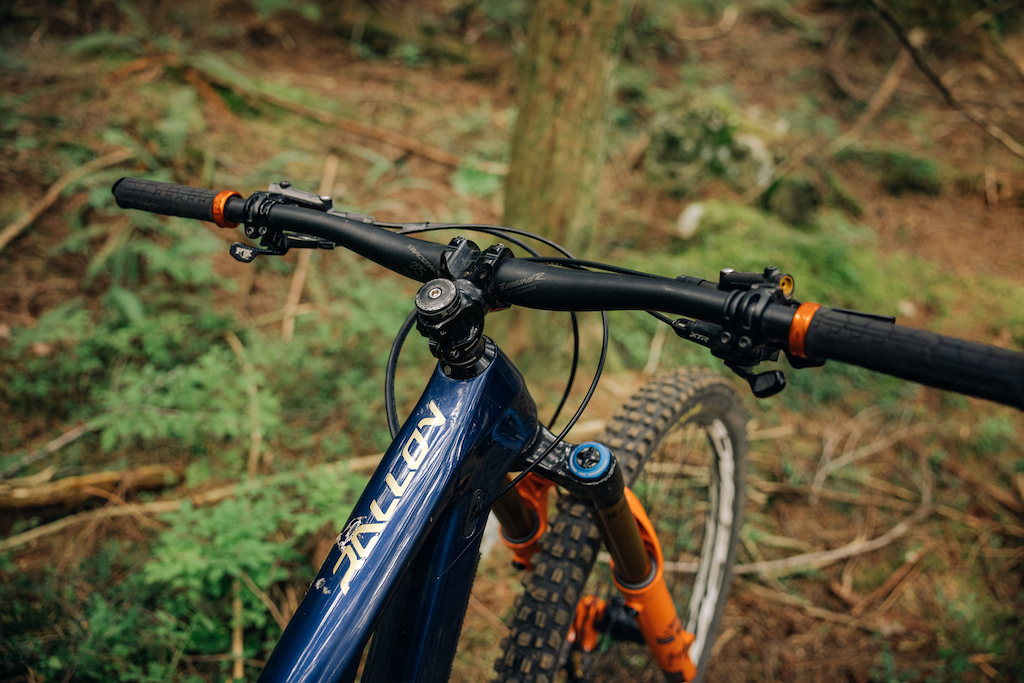 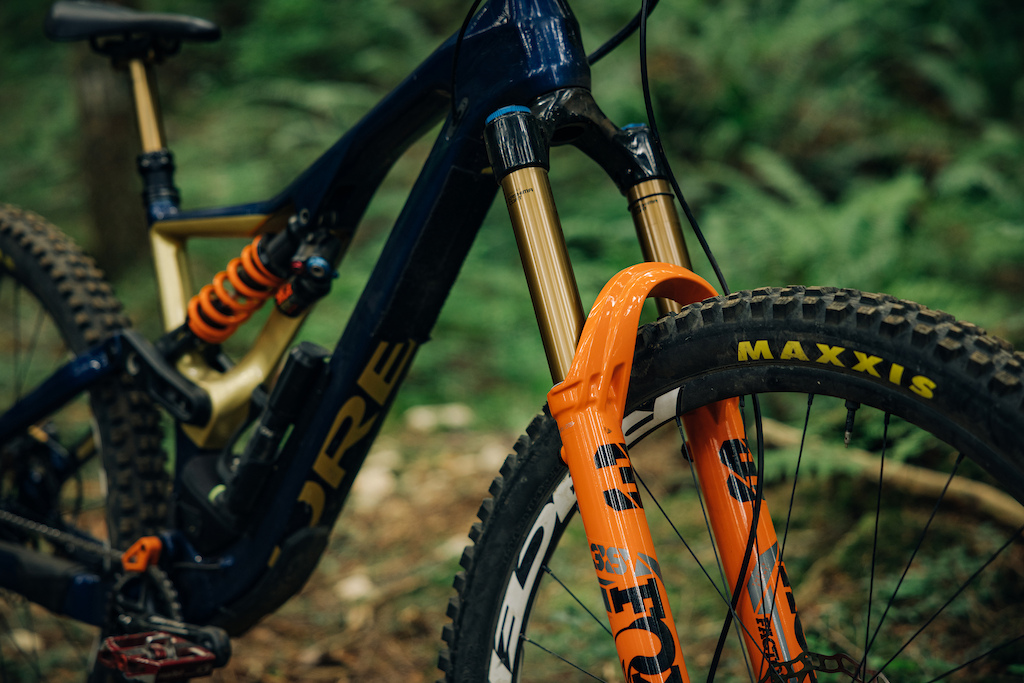 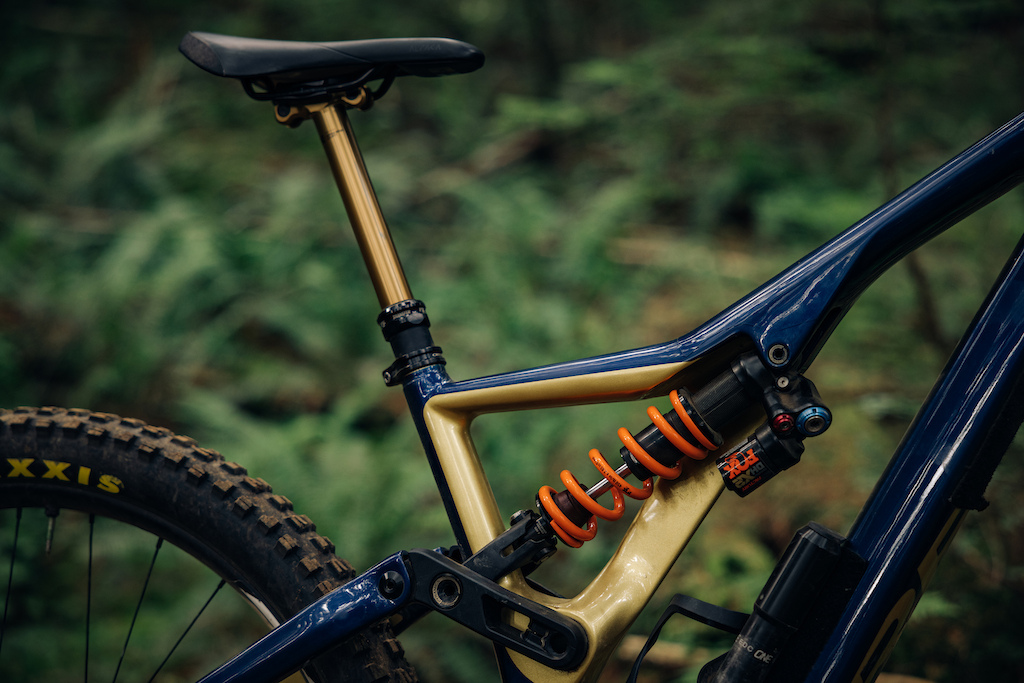 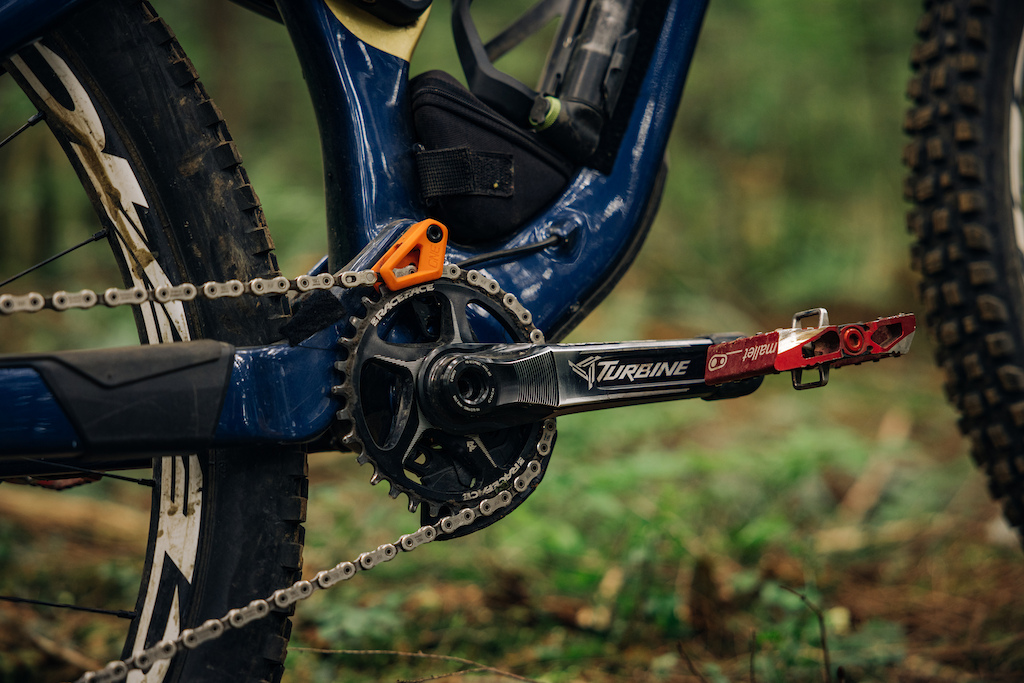 Fork: 170mm Fox 38 with 2 tokens, 86psi. Runs rebound one or two clicks faster than recommended from FOX, and compression is pretty open. He runs a faster rebound, softer tune in Squamish, where trails are slower and more technical. In Revelstoke, where trails are faster with bigger compressions, he will slow down the rebound, and stiffen it up a bit.
Shock setup: Fox DHX2 (coil) for supple top end and consistent feel on long descents. Currently a 450 spring, slightly faster rebound than FOX recommended, LSC slightly closed for support, and HSC quite open.
Bar width and rise: I’m running the 20mm rise Turbine R bars, currently at 760mm. I ran 750 for years and this winter decided to try wider. I started at 775 and slowly bucked 'em down till I was happy again at 760.
Crank arm length: 175mm Turbine cranks
Tire pressure: Starts at is 28psi (R) and 23psi (F) but depends on conditions, temperature, etc,
Inserts: In the rear tire
Wheels: Turbine R
Other details: Runs moto-style handguards after smashing his knuckles a couple too many times, they also protect the brake lever in a crash, keep your hands dry from wet branches, and (maybe) slightly warmer on cold, windy days. 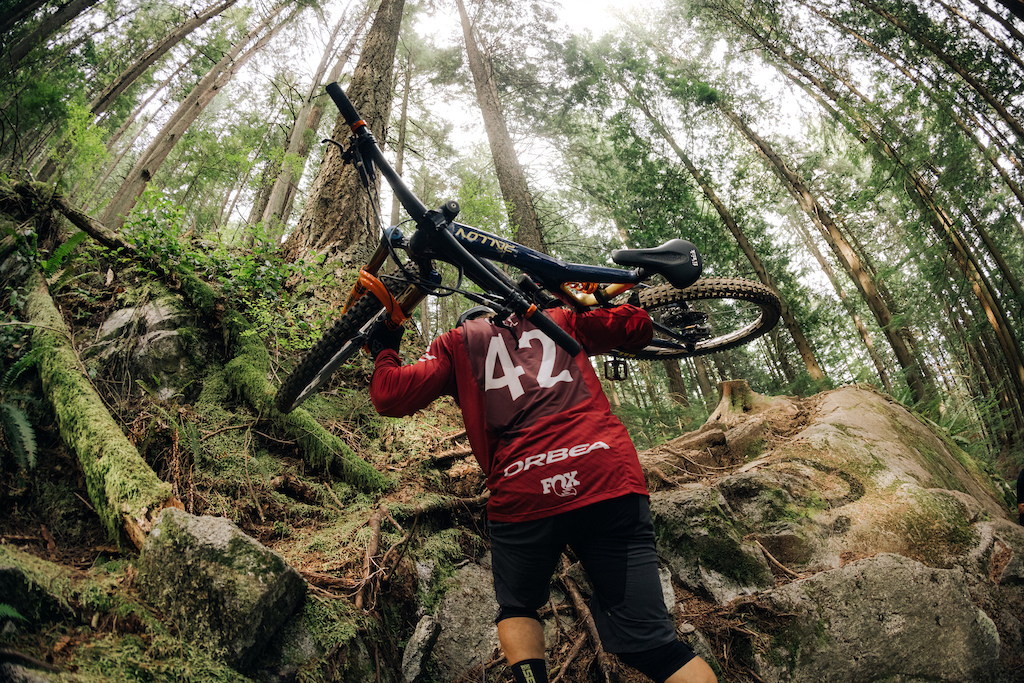 Welcome to the RF family Evan and good luck in Europe! We’re rooting for you!