Red Bull Hardline isn’t an event for the fainthearted. Hailed as one of the toughest downhill mountain bike races in the world, the event returns to the hills of Dyfi Valley in the north of Wales for its sixth edition.

The 2018 edition saw home favourite Gee Atherton taking home the trophy for the first time after a nail-biting final in front 3,000 spectators. Bernard Kerr came in second with Charlie Hatton in third.

Red Bull Hardline 2019 is bigger than ever before. With the world's best DH riders coming from all corners of the world, expect to see some wild riding in the valleys of Dyfi this weekend. 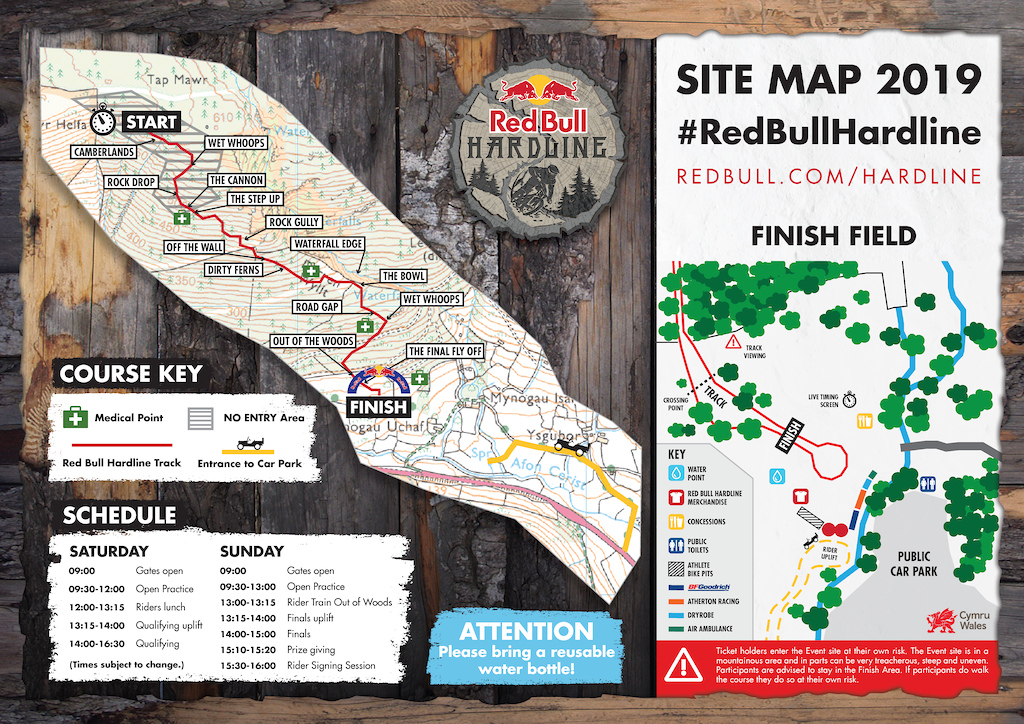 For those who can’t make the event, live-action will be broadcast on Saturday and Sunday from 2 pm local time at redbull.com/hardline with commentary from Rob Warner. Warner will be joined in the commentary box by none other than 5x World Champion Rachel Atherton.

nickism (Sep 11, 2019 at 11:21)
Hah! What would the prize be? Perhaps the person who gets furthest down the track before they die gets their funeral paid for.

cornwallfreerider (Sep 11, 2019 at 13:22)
Reckon they should have an Atherton swear box, every time Rachel says 'like' during the commentary she puts £5 in, end of the race the cash gets given to a charity or a lucky kid down in the finish area!

AinsleyTrimix (Sep 11, 2019 at 11:23)
Given its in Wales, the weather certainly makes it difficult. At Rampage they may get a bit dusty, but last time I was in Wales Noah was out with his chainsaw.

Dustfarter (Sep 11, 2019 at 11:03)
Favorite event of the year. Rampage-esque with all the drama of racing against the clock.

coyotecycleworks (Sep 11, 2019 at 12:54)
Oh man this is such a crazy track. I know us PB'ers look at some WC track sections and think we could ride that, maybe not at race speed but still make it down in one piece. This track I would NOPE out of 95% of it! My only gripe is I wish Robs audio commentary was actually made with the recording of the event. It's pretty easy to call out when he's not seeing it as it unfolds live, I think Claudio did a course preview where the commentary was dubbed over after the run.

graniteandrew (Sep 12, 2019 at 13:10)
I still think we heckled Dan out of DH racing, way back in Port Angeles, when 26" was alive, Gee was fast, and it made sense to drink a half dozen IPA's while yelling at strangers!

rockyflowtbay (Sep 11, 2019 at 16:46)
I'd imagine most Rampage riders could ride this course, but its the speed that truly makes it gnarly.

very not bad I think

@therevfryslim All tickets are sold out for the Sunday, not sure if they leave a few for walk ins

JoelAllport (Sep 12, 2019 at 9:09)
@Garpur44: Yeah obvs better value for a full car but if theres only 2 or 3 of you then a tenner each is a bargain as well tbf. I'm pretty sure it's car spots that sell out rather than event capacity.
Post a Comment