Video: Fast and Loose Riding from Leo Housman as he Pushes Hard on his Enduro Bike

Leo grew up on the North Wales border in a town called Oswestry. He started chasing after his brother down the hill on a bike at the age of 10. He and his brother were schooled at home so there was always plenty of daytime to get out on the bikes. A few years later, Leo found himself competing at downhill races and it went from there.

Currently, Leo works full-time, Monday to Friday. With the support from Bold Cycles, he hopes to tackle the full EWS circuit in 2021, as it has been one of his goals for quite some time. For one that tends to adjust his bike settings to the conditions, he was rather surprised with how adjustable and easy his Bold cycles was considering its unique design. He finds there is always room for progression when he's on the bike. The places the bike has taken him and the people he has met along the way, have always inspired him to keep going. 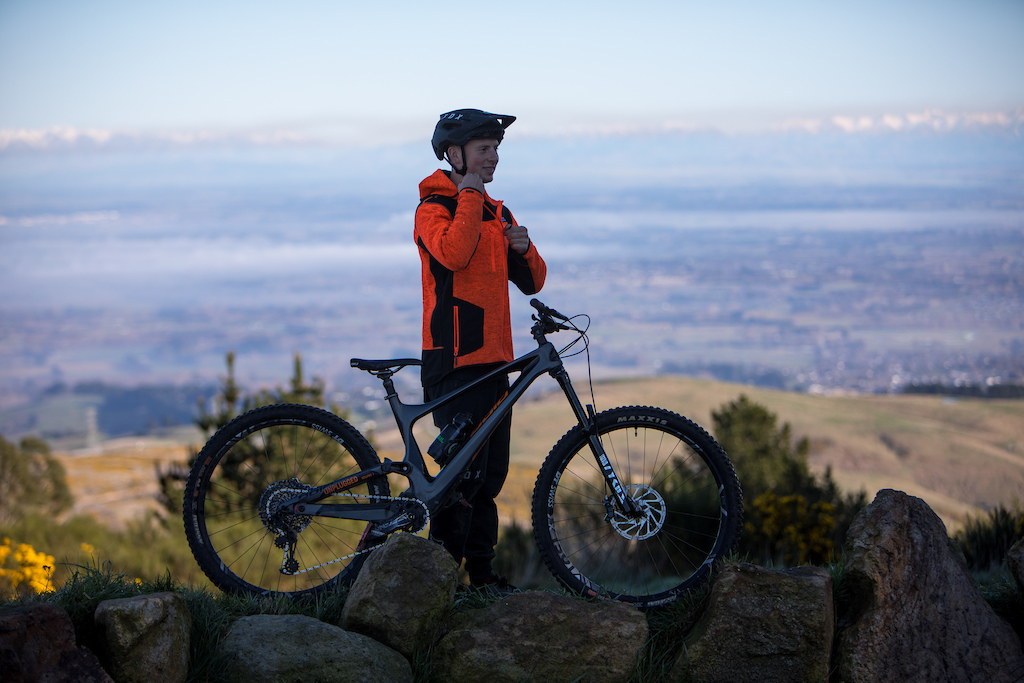 On top of the Port Hills with the Southern Alps in the far distance. 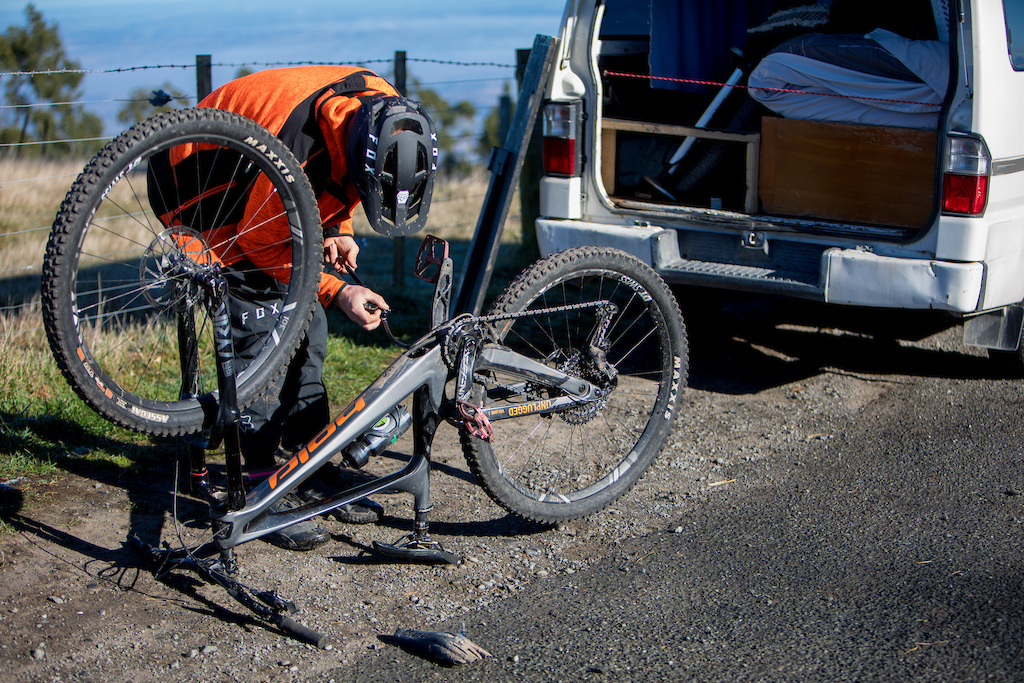 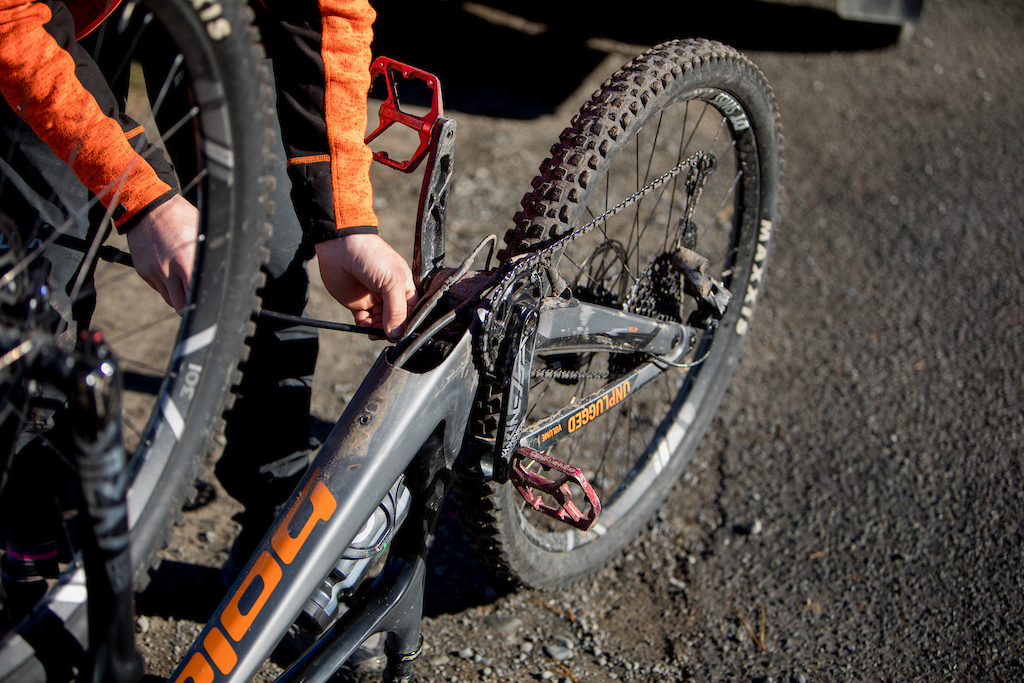 Undo two bolts and there you have access to change shock pressures. 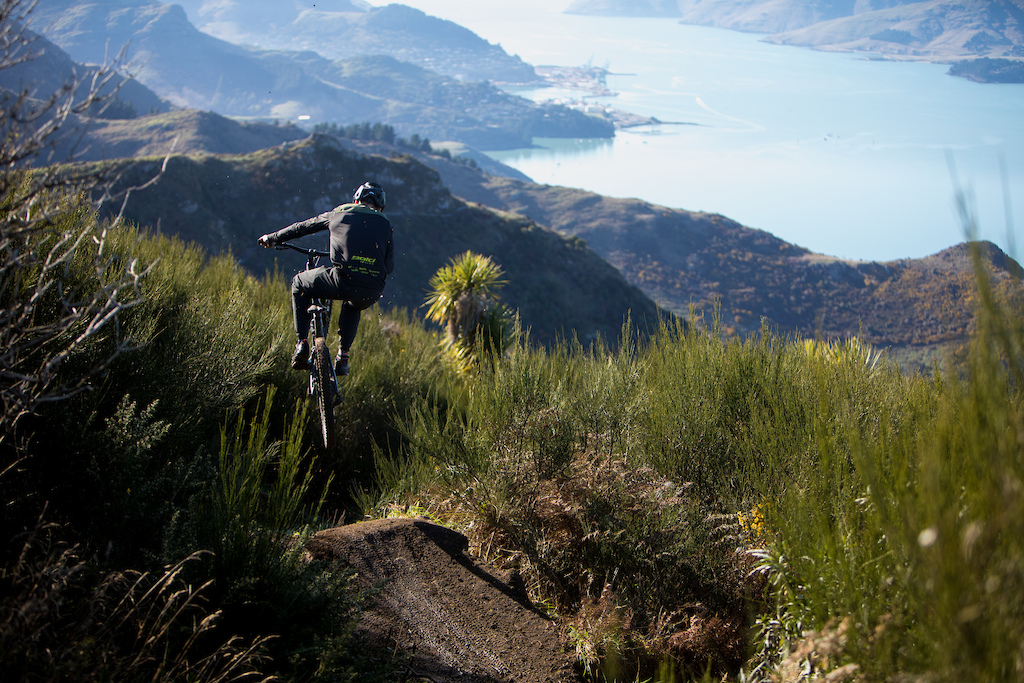 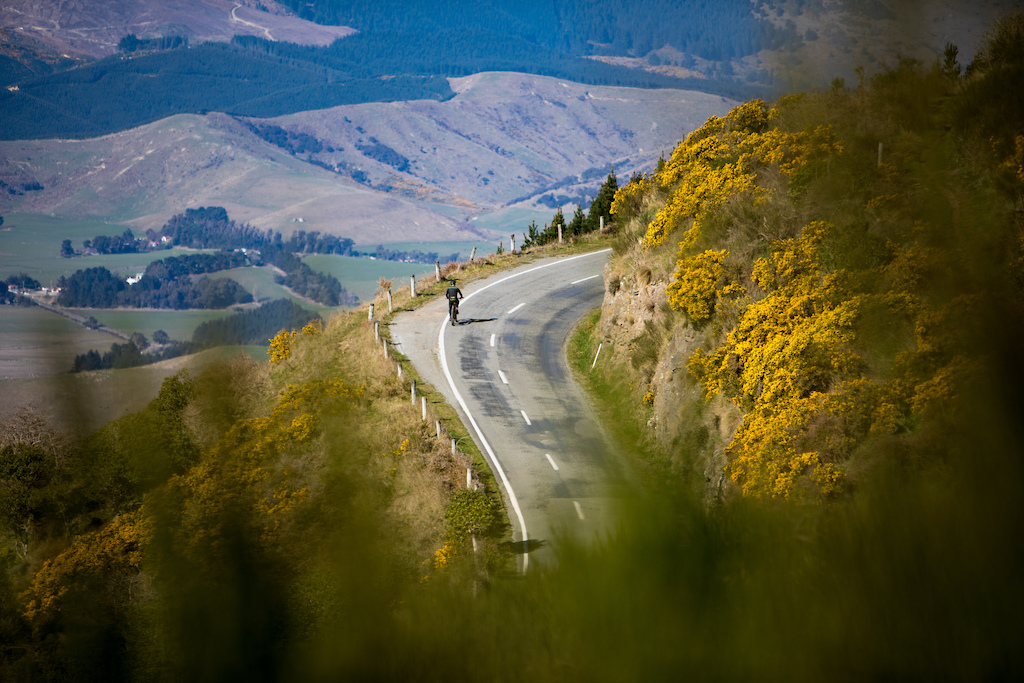 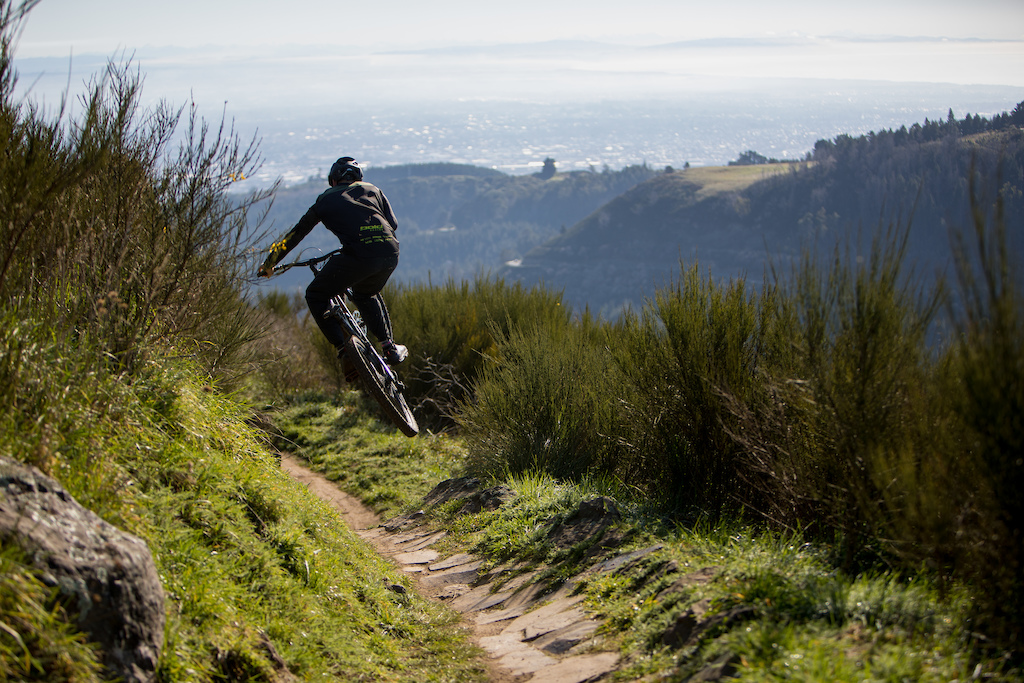 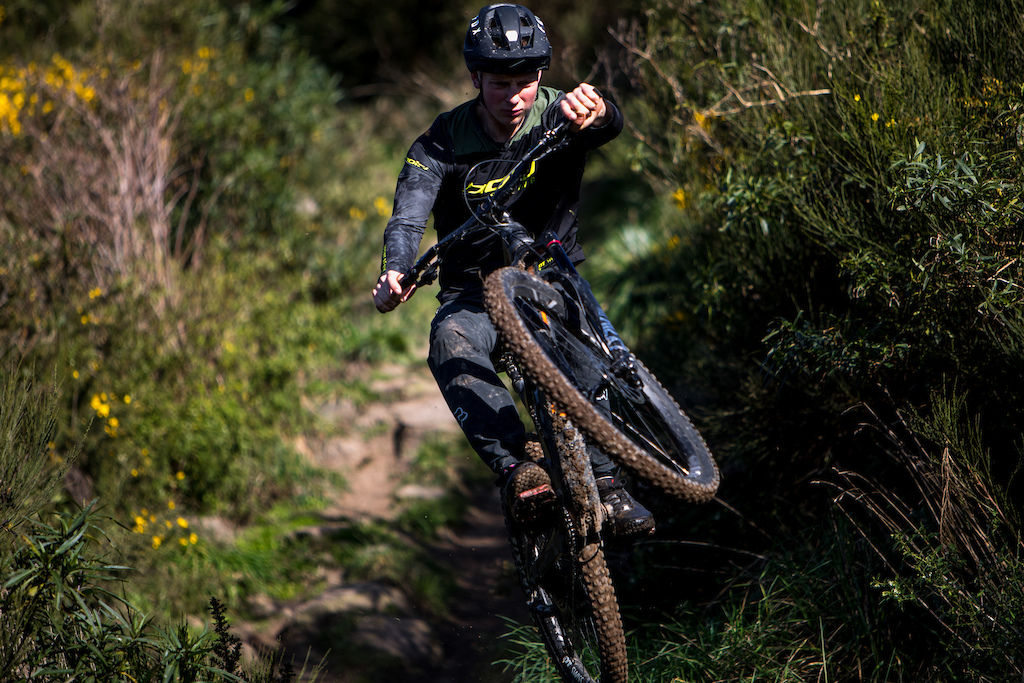 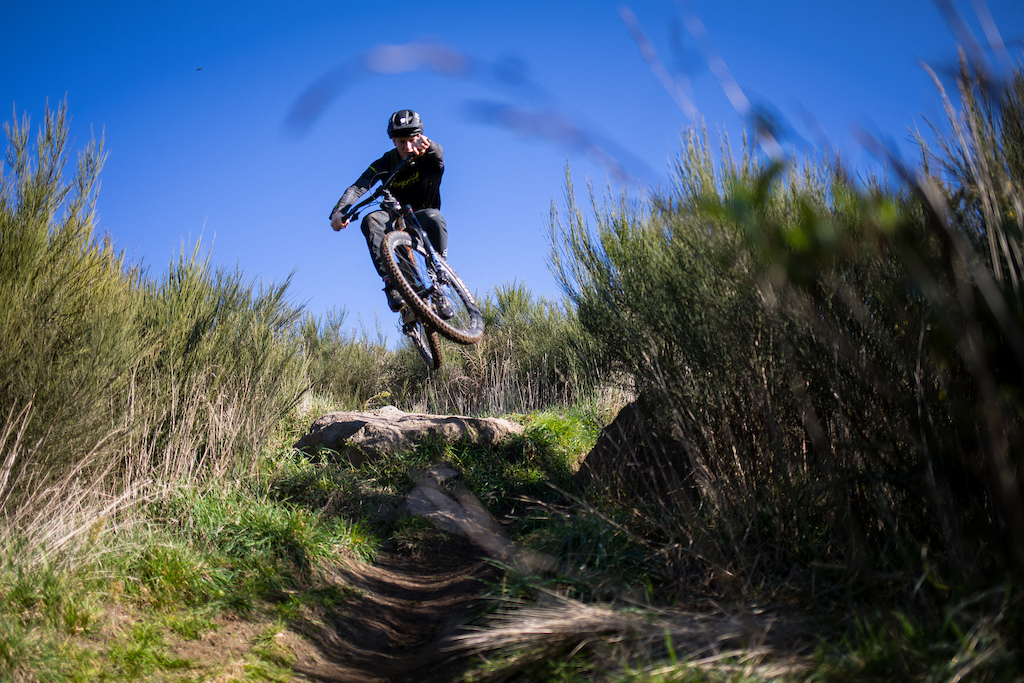 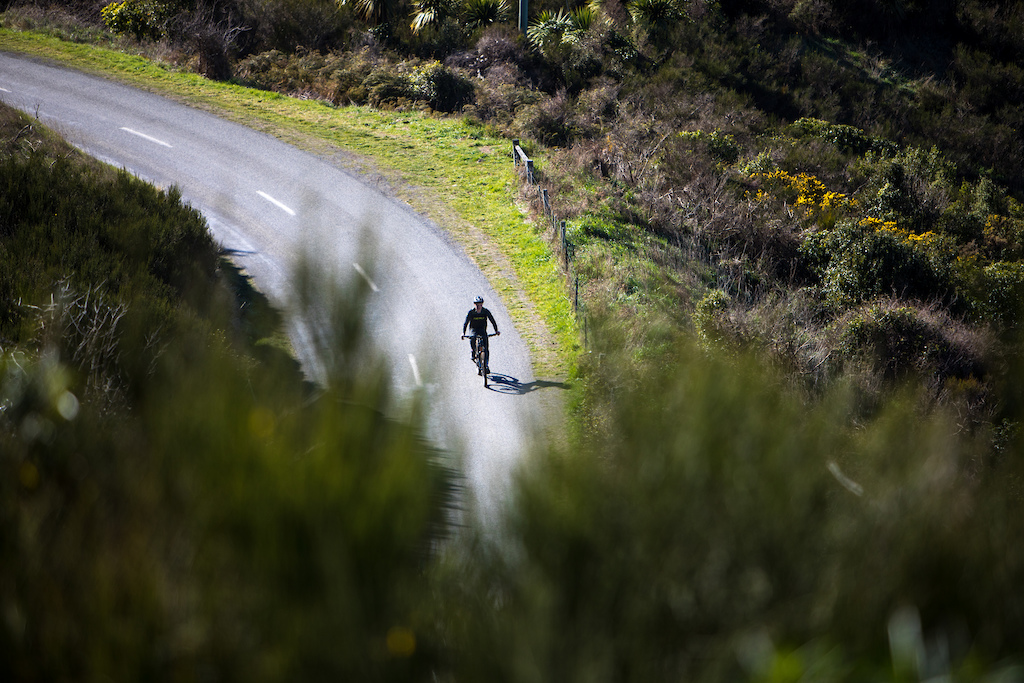 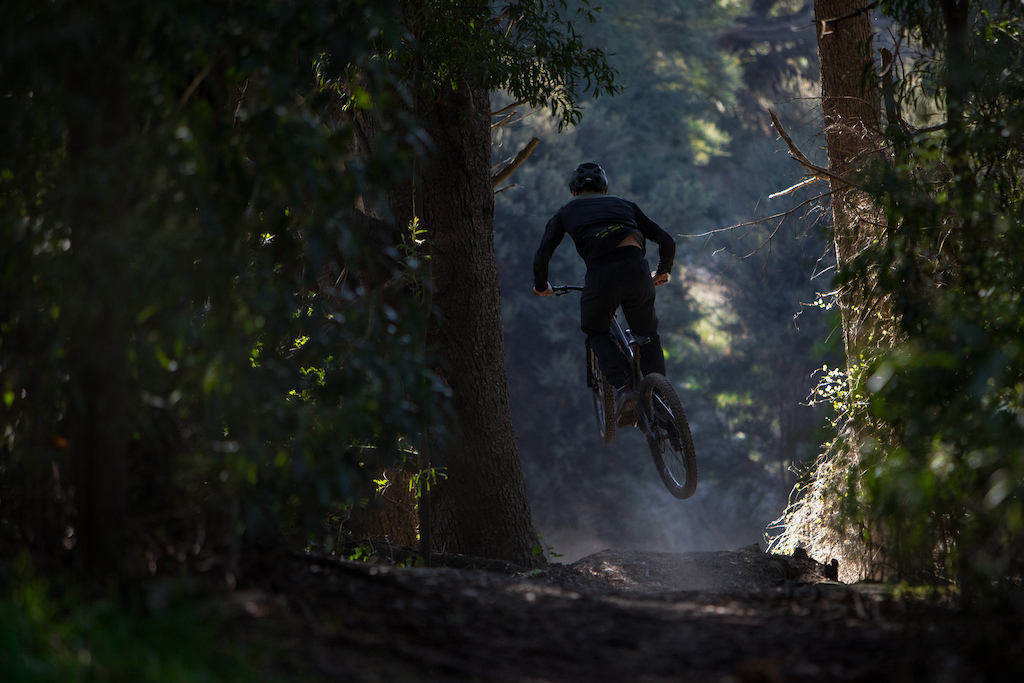 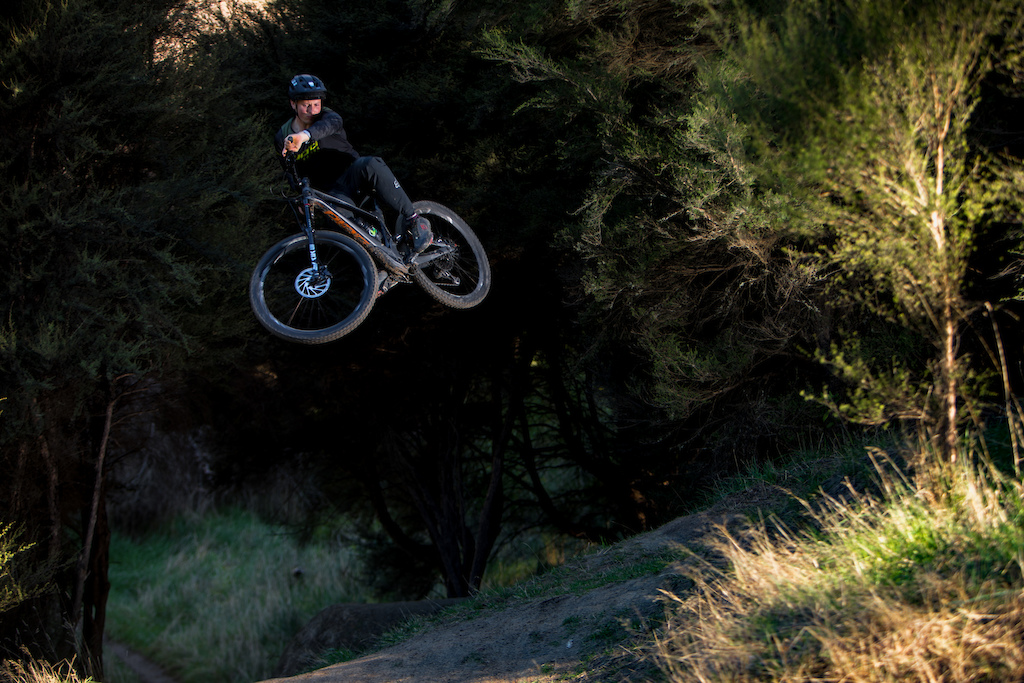 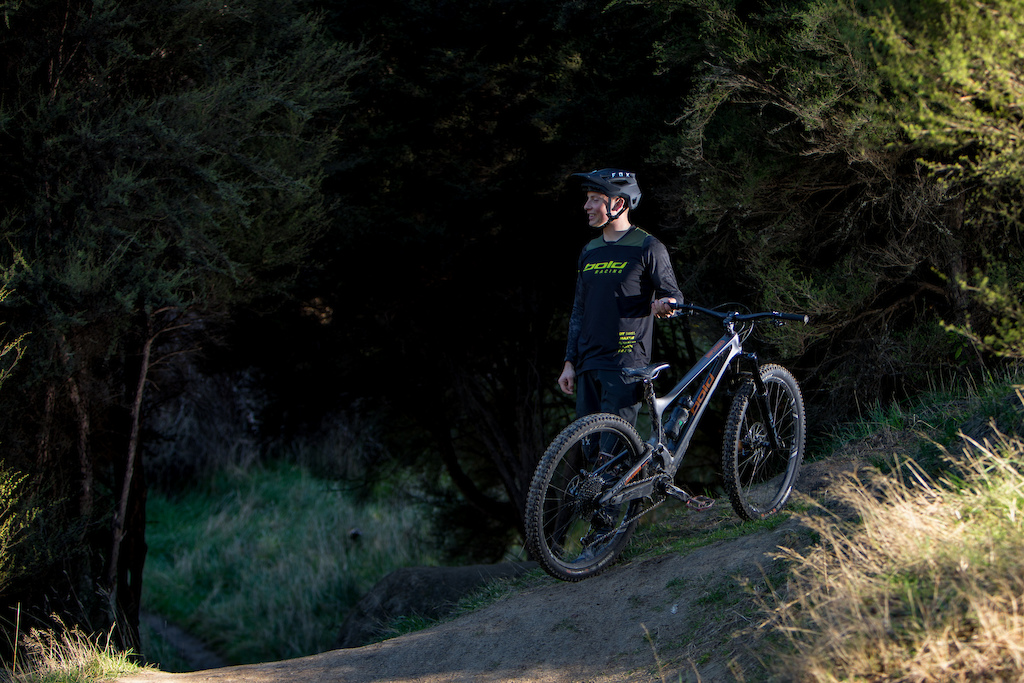 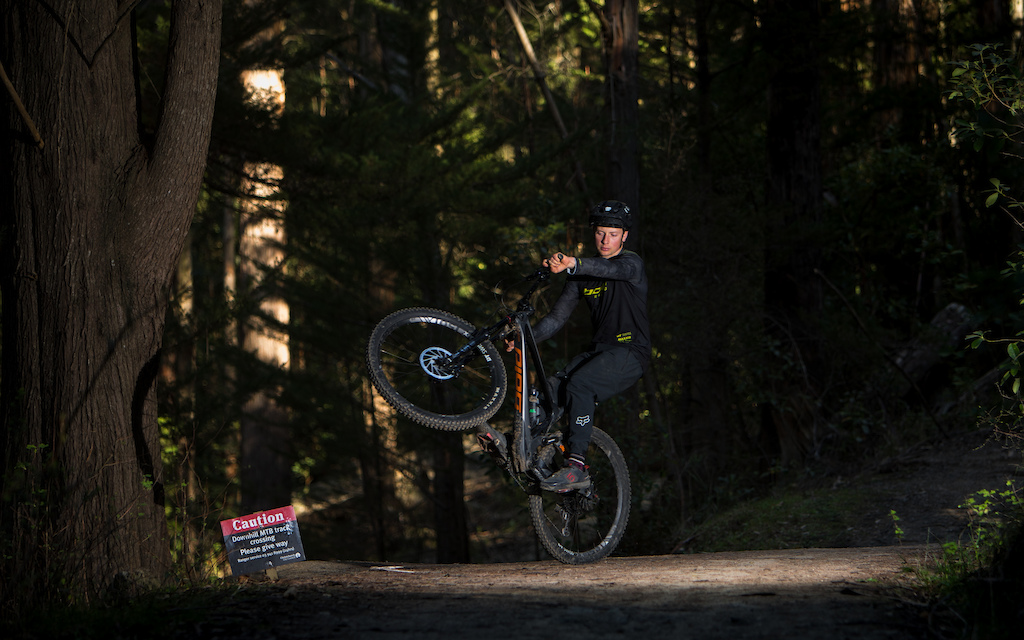 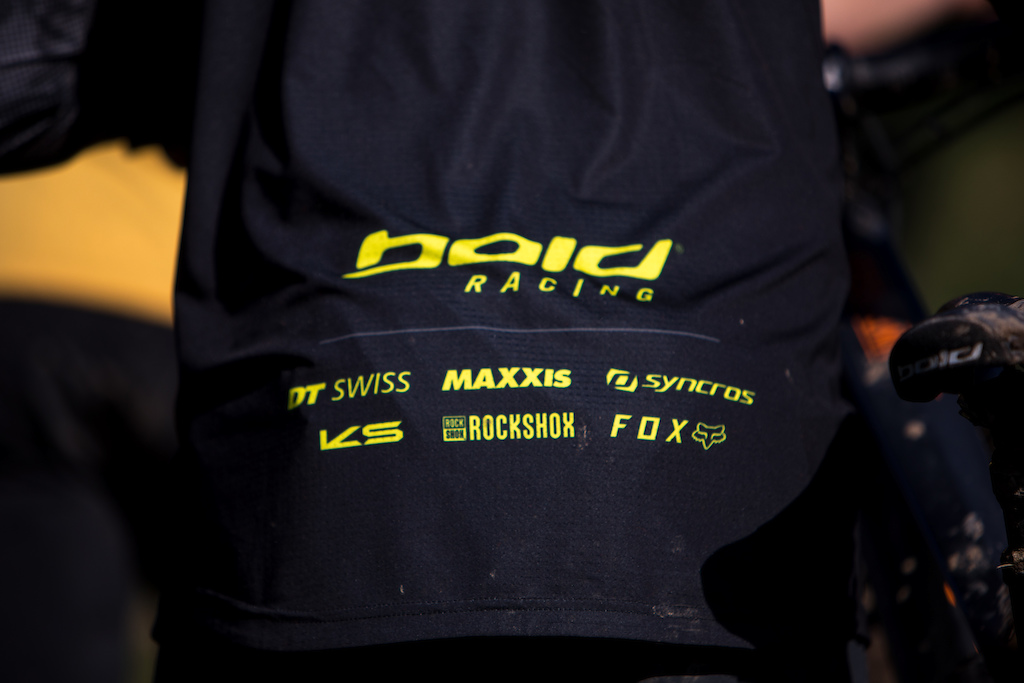