As the 2019 UCI Mountain Bike World Cup Season opened in Maribor, Slovenia, the women’s field was at the center of attention. Seagrave was primed to take the lead after finishing second in the 2018 World Cup series and at World Championships in Switzerland. 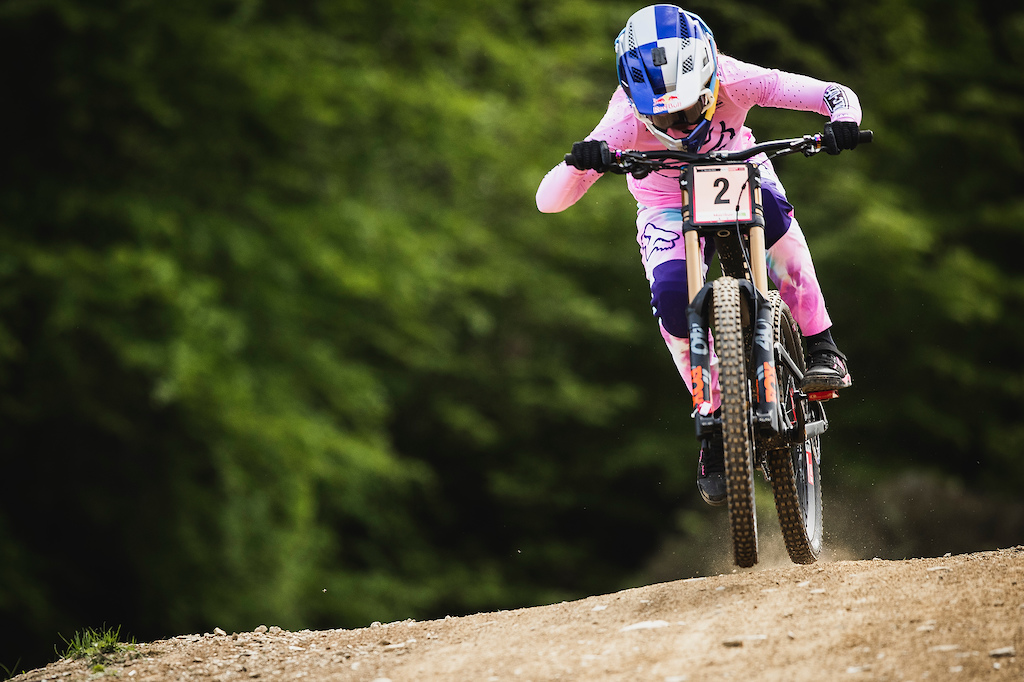 As the race weekend unfolded, Seagrave came away victorious, claiming the leader’s jersey for the first time in her career. 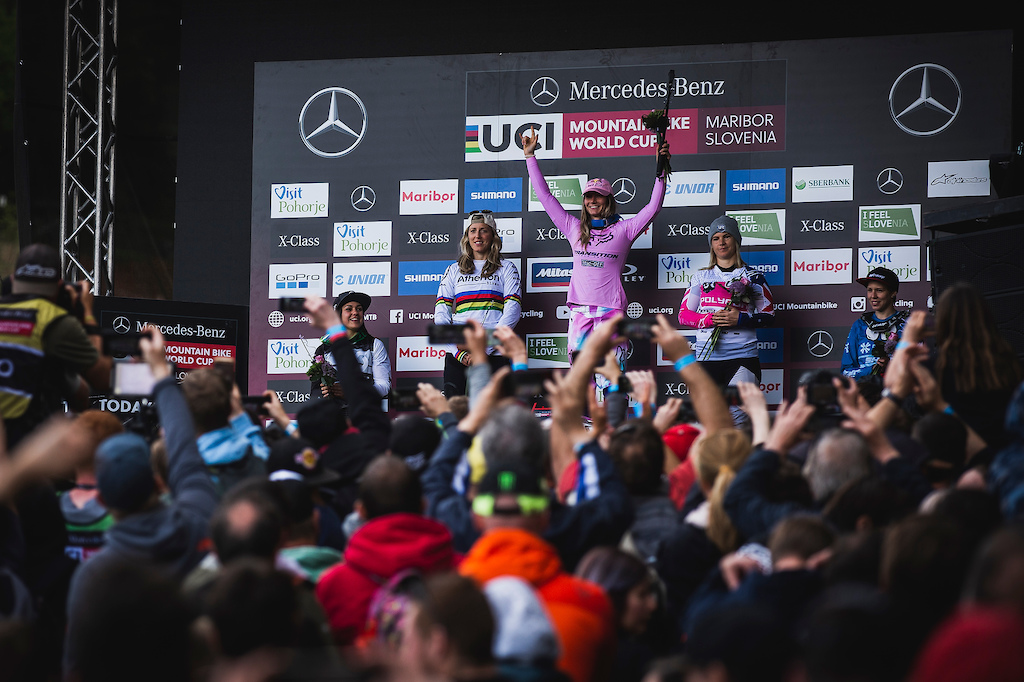 Round two would see the series move on to Fort William, Scotland, where Seagrave looked to go two for two. It was not to be however, and Seagrave’s World Cup goals were stopped in their tracks, with a crash on her first run of practice resulting in her being lifted off the mountain with a separated shoulder. 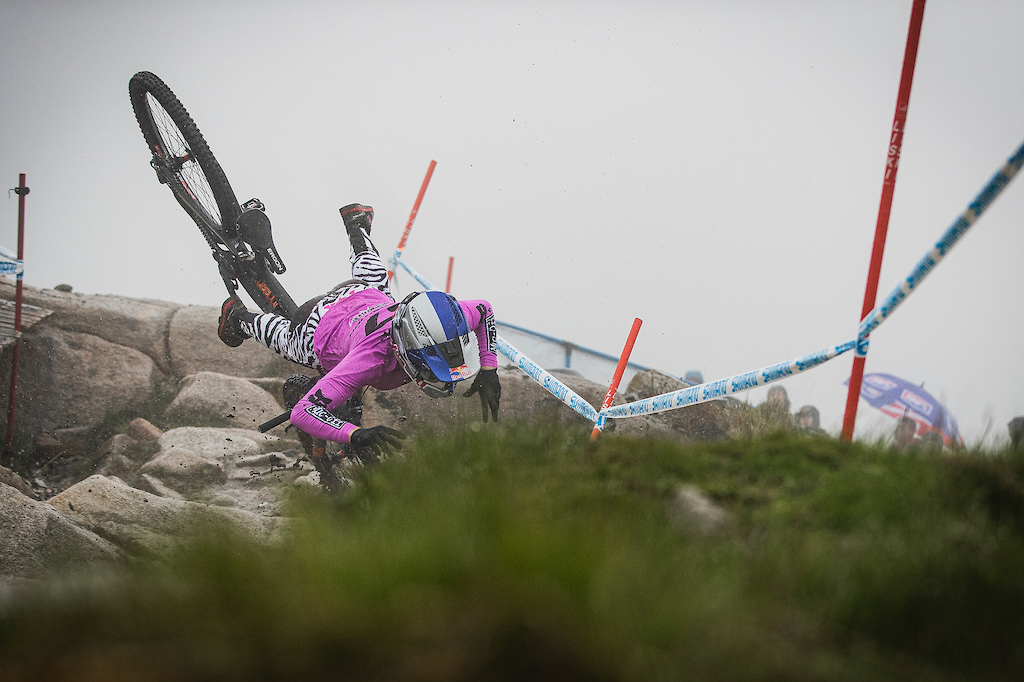 As the race season continued to play out in dramatic form, Seagrave was left to watch it from the sidelines.

“I remember wanting to think about my season and wanting to be upset about the fact I wouldn’t be racing because I knew that was the case, but the pain was so high that I couldn’t think about anything else but my shoulder” Seagrave reflected.

Seagrave’s attention shifted to her recovery and her focus was set on returning to race World Championships in Canada, just three months after her injury. 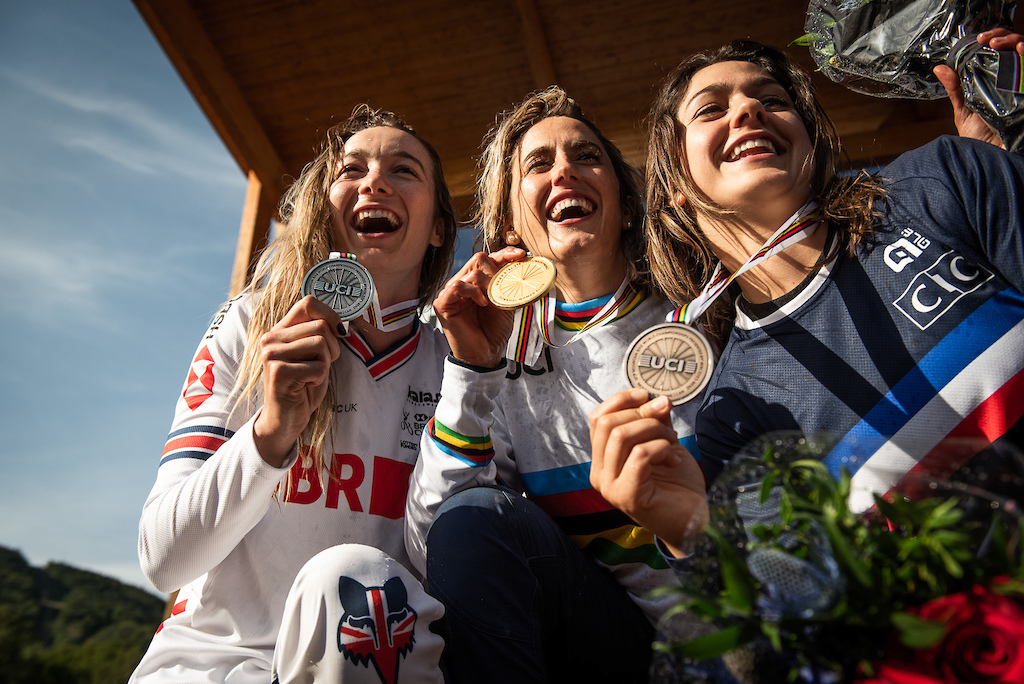 “Working with D3O directly is a logical next step for me. My profession requires highly advanced protective gear, and my scars and audience are there to remind me that I need to keep pushing to help set the standard for protection." - Tahnée Seagrave

She continued “I get asked for advice on what protective to wear on a daily basis! D3O and Fox are working together constantly to refine my gear and adapt it for wider use. I love being a testbed as that means that I get to go out and race with confidence and inspire that same confidence in others.”

The agreement sees D3O become the official protective-wear partner of Seagrave and the partnership will see her feature as one of the key faces of D3O’s brand activity globally. She will also work closely with the D3O innovation team as part of the company’s new product development program for the mountain bike market.

Mostyn Thomas, General Manager and CMO at D3O commented “We couldn’t be happier that Tahnée has joined the D3O team of ambassadors – she’s a natural fit for D3O. She sets the bar high when it comes to protection and is a role model for those who follow her."

Chris Blum, Category Manager at Fox Racing said “Fox is proud to continue our long-term relationship with D3O. As the global leader in impact protection, D3O has been a critical part of our strategic plan to improve our apparel and protection offerings."

commentsectiontroll (Oct 1, 2019 at 5:44)
Mental courage, the more you realise the achievement that came after the adversity the more impressive it becomes

Its been said many times, but its worth saying for both you and Myriam; Mad props !

brownstone (Oct 1, 2019 at 11:55)
So I've just separated my shoulder as well, but not nearly to that extent, I was wearing TroyLee soft body armor (7850), but I'm thinking of boosting it up to some hard shell types, anybody out there have an idea of what is best to protect the shoulders from this type of impact. I'm thinking the hard shell stuff from troylee (5955) looks pretty good.

vincecd (Oct 1, 2019 at 13:01)
Look up the Leatt stuff I'm very happy with everything I've ordered from them, quite expensive but it'll save you.

betsie (Oct 2, 2019 at 5:10)
The regular Joe racer goes though injuries all of the time, its good to have it put out there that the pros have the same issues and recovery as we do. Tahnee and George on here in a couple of days. Both shoulder with different injuries, but both had seemed to have a different mindset, probably because George was 4 breaks in 12 months. Having done the same shoulder 3 times, twice in 12 months, it is hard to be mentally strong, the older you get the harder it becomes I think also as you have other life commitments. More injury recovery articles please, they help everyone to understand that we are all the same, regardless of the time we can get down a hill and where we place.

ninjatarian (Oct 1, 2019 at 8:39)
Just clicked the D30 link in the ad; that has to be one of the worst websites I have ever tried to navigate. Hopefully for their sake the desktop version makes more sense.

Rudolfo-Balofo (Oct 1, 2019 at 14:00)
At the peak of summer I think in most of the south part of Europe is bright enough to start riding, at least in Portugal it is.