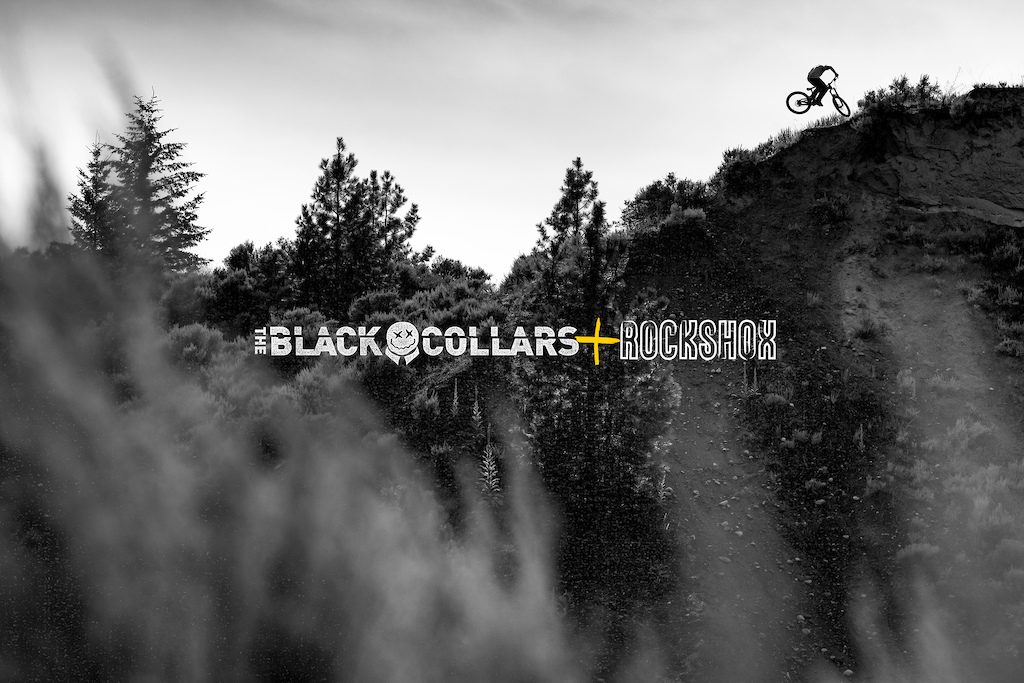 Why do we do it?
Why do we gear up in the hundred-degree heat of summer?
Wake up early for the perfect light?
Obsess the science, when riding is an art?
Or push ourselves to defy gravity,
when the landing might be unknown? 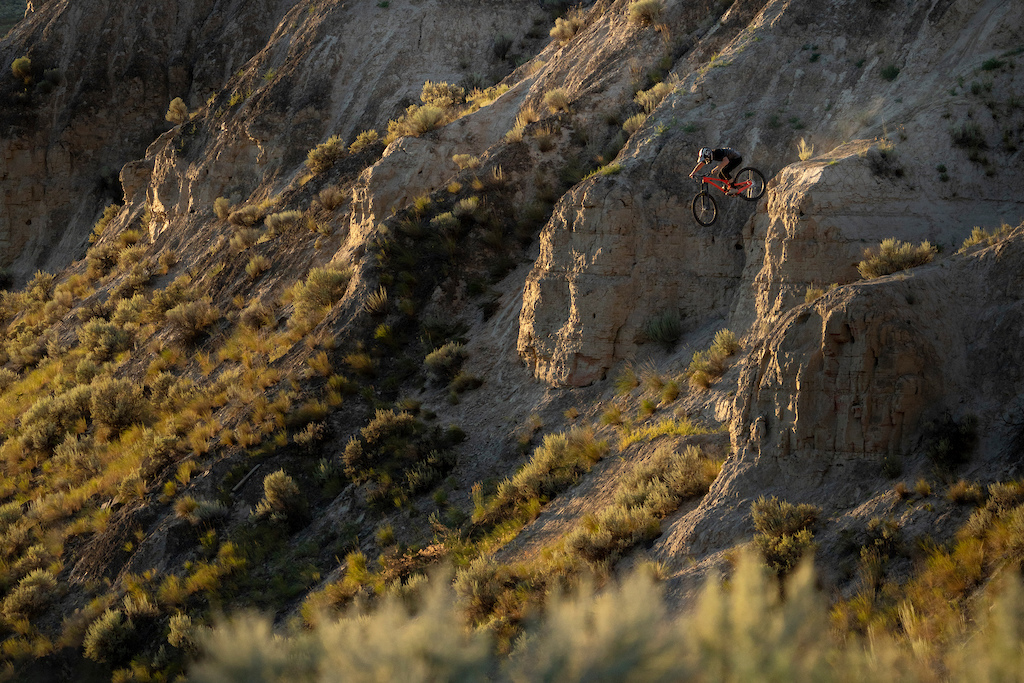 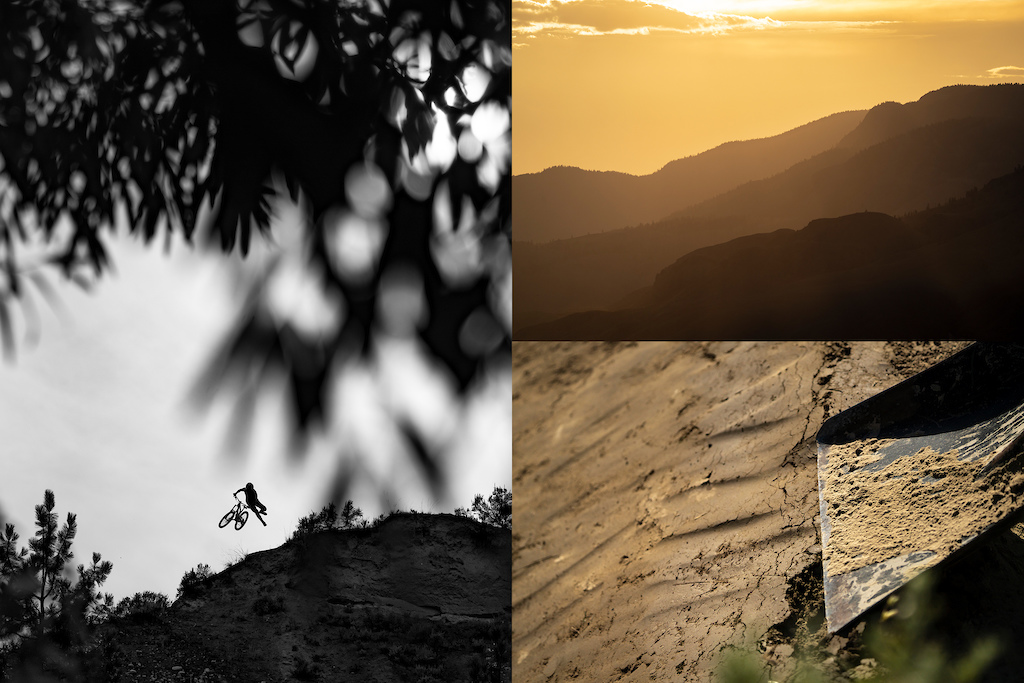 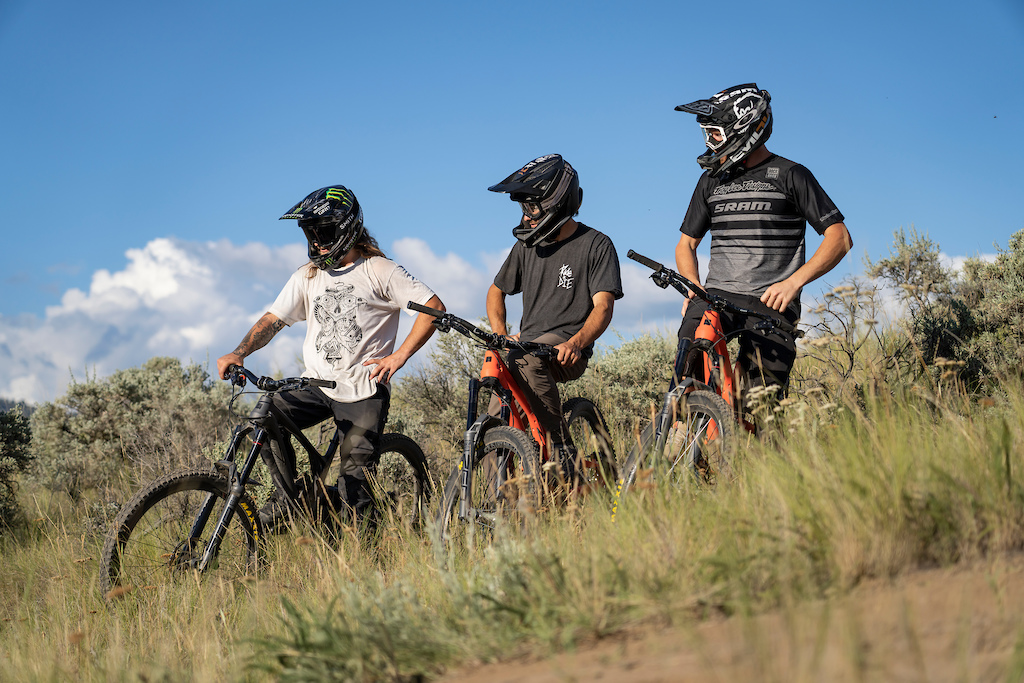 It’s that sublime feeling of earning life’s little victories. The grit with the glory. The small sacrifice for the big “WHOA”. Bring together three friends who love riding, who can push each other’s limits, and aren’t forgetting about the good times in-between – then you’ll know the why. It’s a mindset many of us search for the perfect words to describe. At the end of the ride, grinning from ear to ear, there’s truly Nothing Better.

Although it had been months since the trio rode on common ground, Graham Agassiz, Kyle Norbraten and Paul Genovese, [not so] formally known as The Black Collars, convened in Kamloops, B.C. over the summer with no shot list, no schedule, no goals to tick off – just ride. 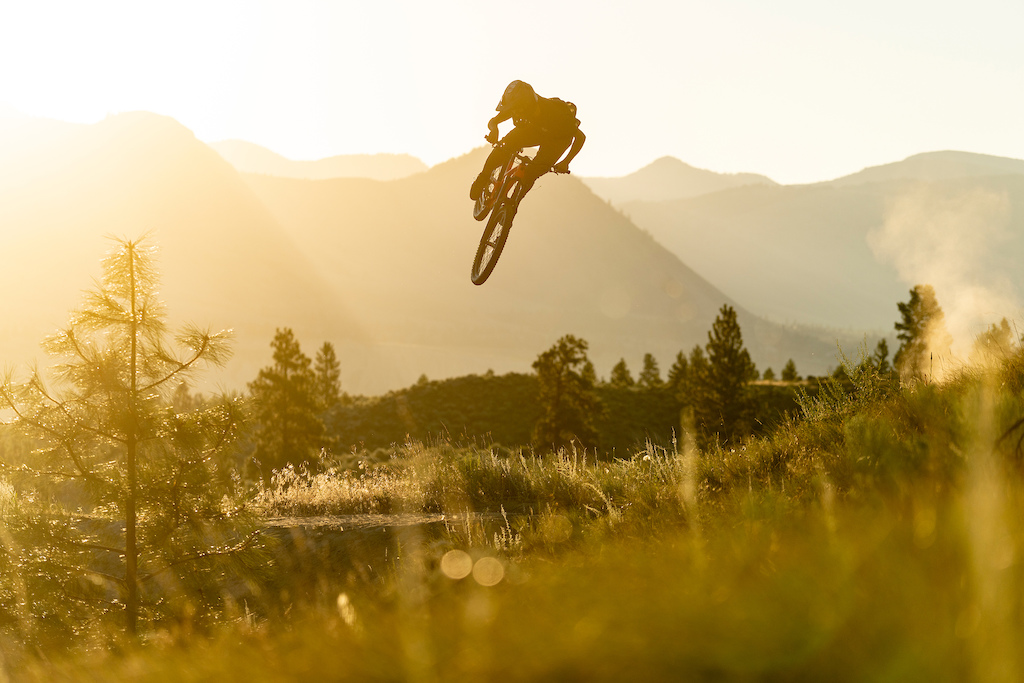 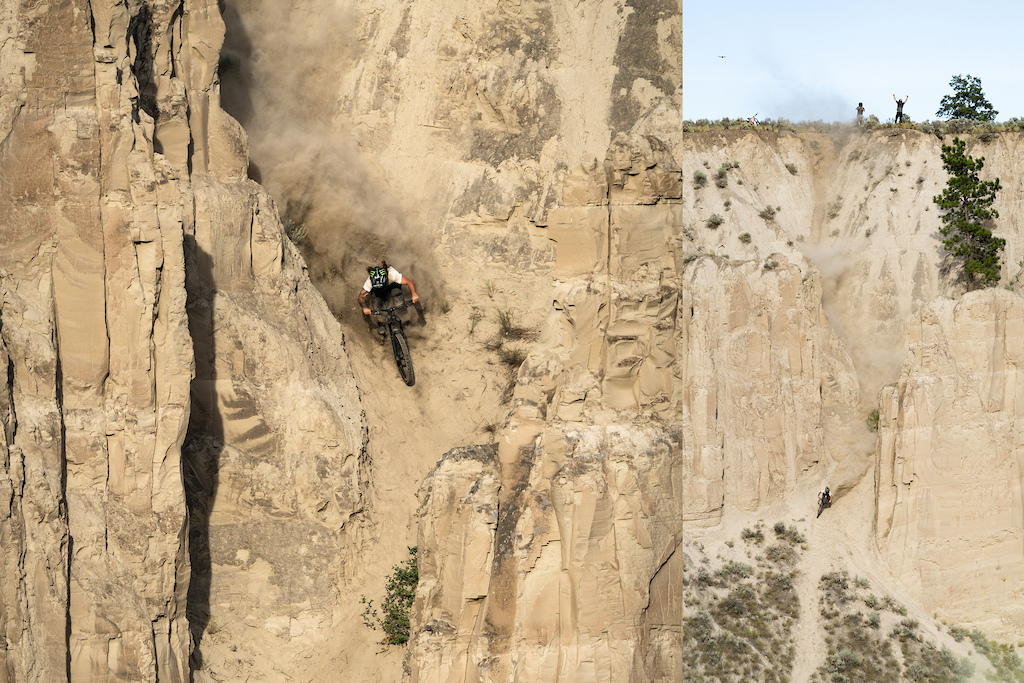 Growing up under the wing of some of the OG freeriders from the early 2000s, Aggy’s hometown of Kamloops, B.C. shaped him into the big mountain rider that he is today. After a decade of racing BMX as a grom, Aggy switched his focus to dirt jumping and slopestyle to make a name for himself in the industry. Lapping Rose Hill on the daily and hitching rides, Aggy soon found himself in the epicenter of the freeride culture, donning a Monster helmet, globe-trotting for filming and competitions, and returning to the Red Bull Rampage site, year after year, as one of the top qualifiers. 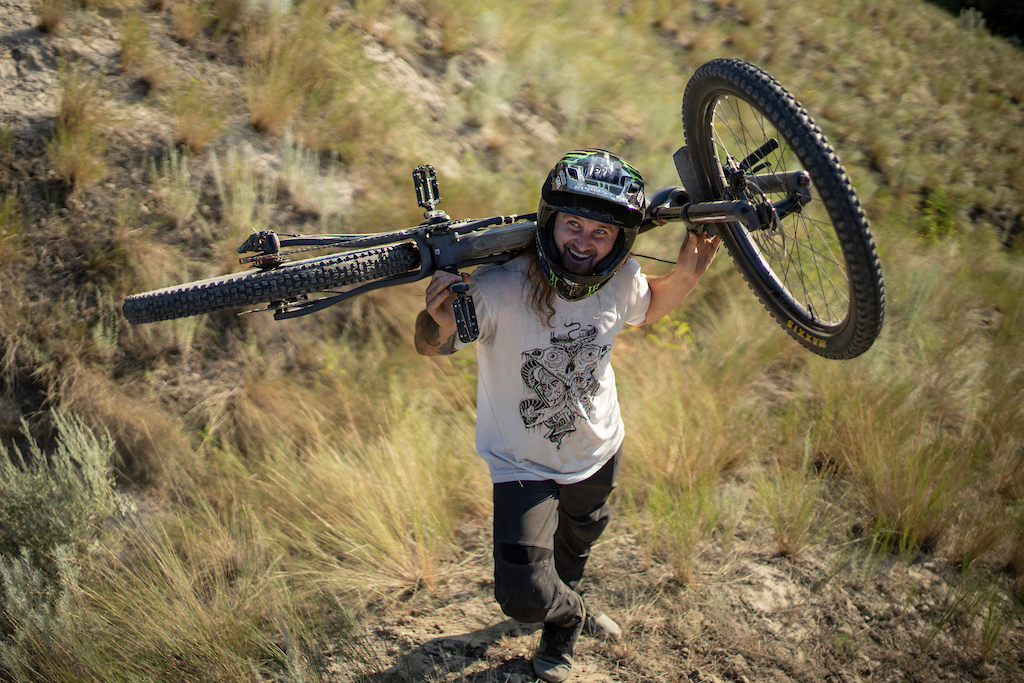 Aggy’s loose, rugged riding style is by all accounts a byproduct of his environment. “Right when you think he’s on the brink of explosion, he controls a skid and busts out a trick, which I’m a huge fan of,” said Paul Genovese.

With the Kamloops Bike Ranch down the street and vertical silt bluffs lining the horizon, Aggy’s backyard is also his playground. And when his friends show up to ride, all bets are on. 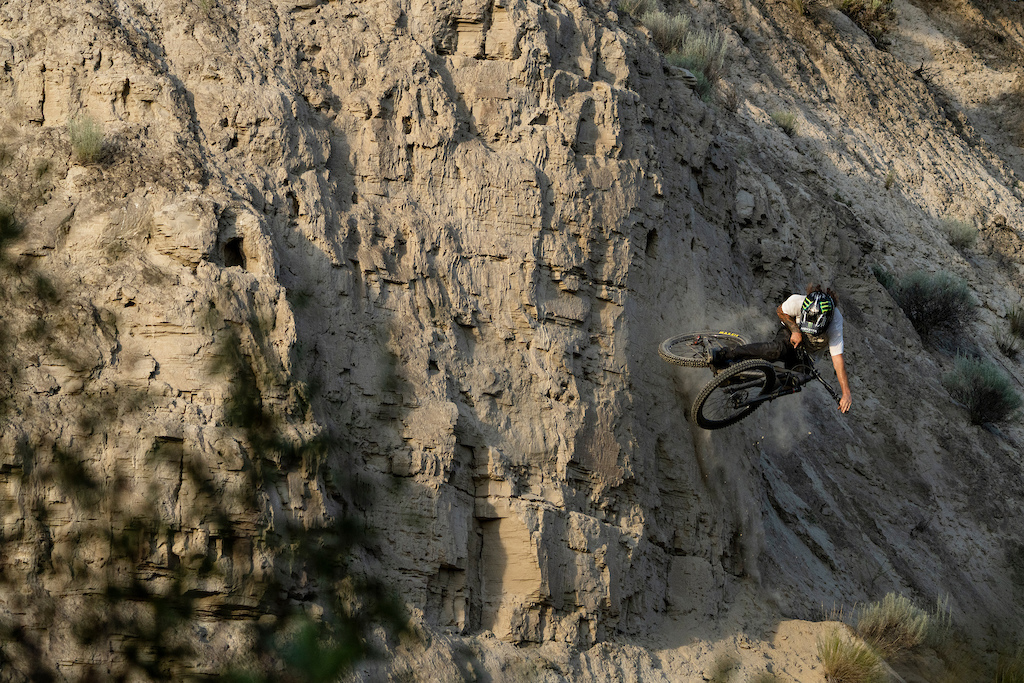 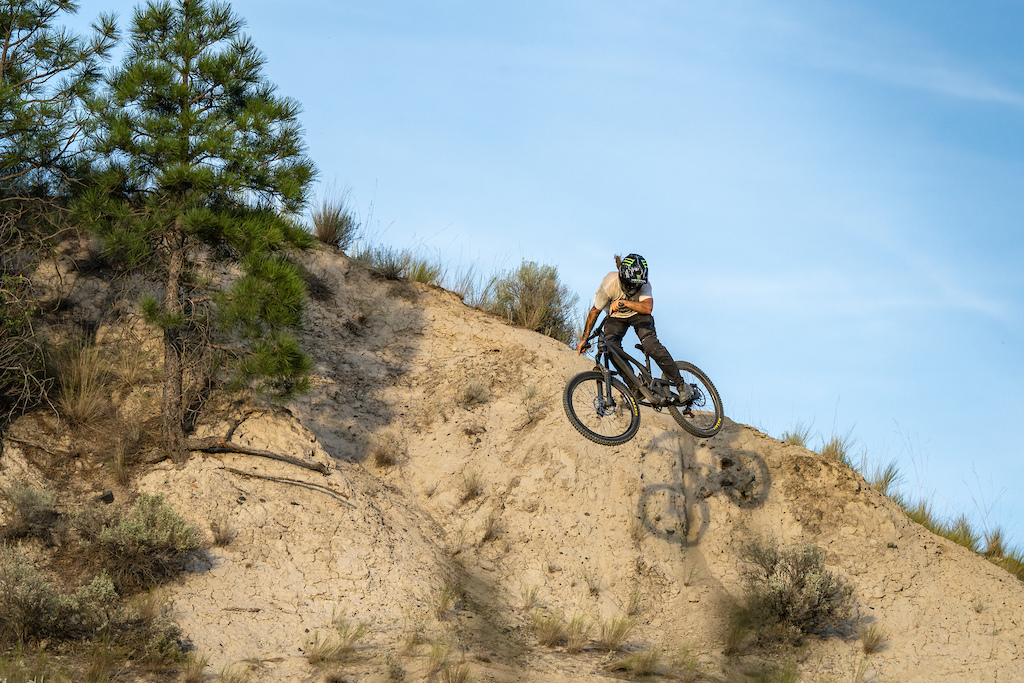 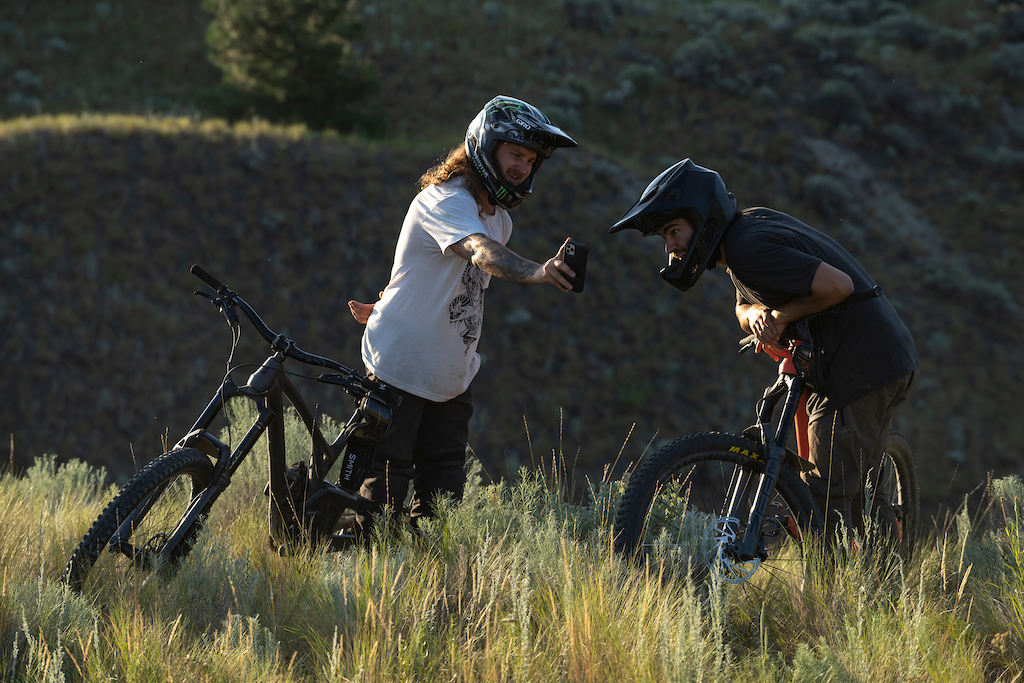 Paul has been looking up to Aggy since he was throwing his first can-can. Competing as a slopestyle athlete since he was 12 years old, Paul has been honing his box of tricks in the small valley town of Fernie, B.C. under the influence of the early pioneers of freeride. When the sport started to shift towards slopestyle, Paul refined his skillset for competition and began traveling with the FMB Tour in 2011.

“Me and Aggy have always had a cool relationship. He's always been super helpful and given me good advice. When the Black Collars concept came about a couple of years ago, it was cool for him to think to bring me along. Ever since then, it has reignited my passion for riding my trail and downhill bike a lot more.” 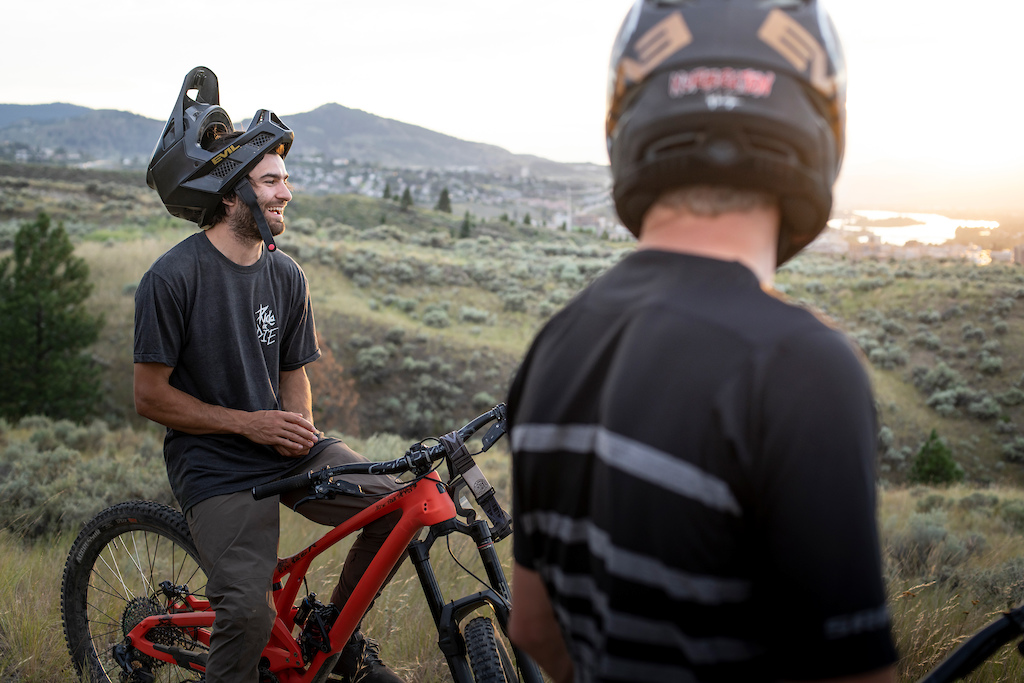 "With Aggy showing us all the sweet spots, I felt so grateful to ride what we did together. And Norbs – he’s got the most insane big mountain skills. I was so impressed with his riding all week,” Genovese said.

While the landscape for throwing tricks in Kamloops is different from the sculpted transitions on a Crankworx course, Genovese’s favorite trick is still a Superman seat grab. 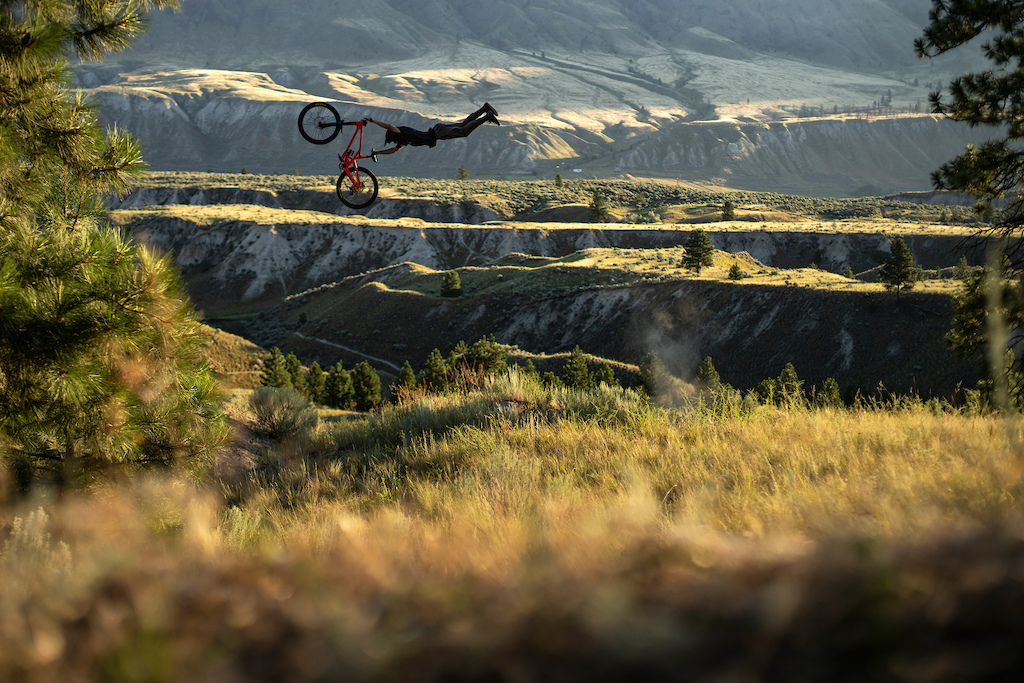 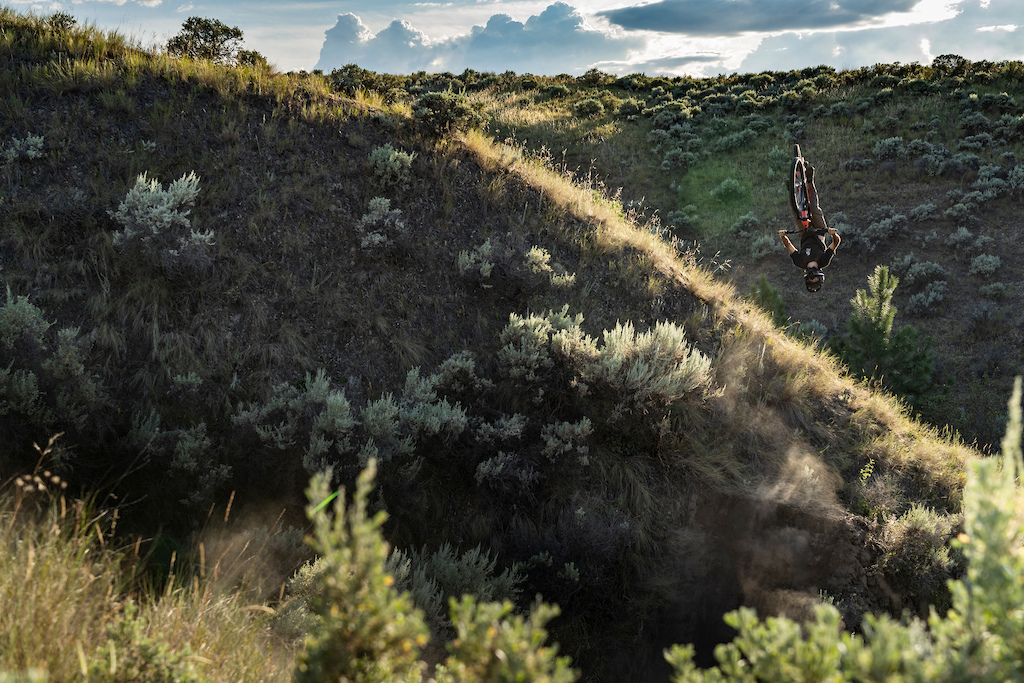 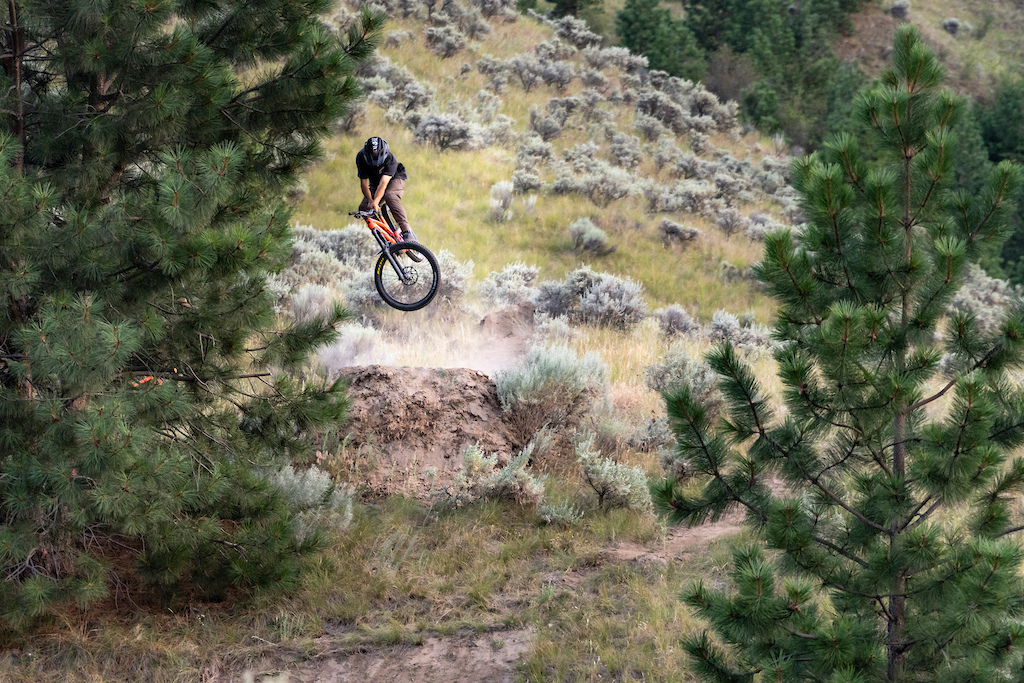 Growing up in the sleepy town of Prince George, B.C., Kyle Norbraten tooled around his neighborhood like every other kid – exploring backyard trails, building ramps on the street, and jumping over his friends. Before the dawn of social media, Kyle obsessed over freeride films to fuel his inspiration for what’s possible on a bike. At 16 years old, he attended one of Andrew Shandro’s summer gravity camps, opening doors for coaching, sponsorship and eventually landing the dream job of being a professional rider. 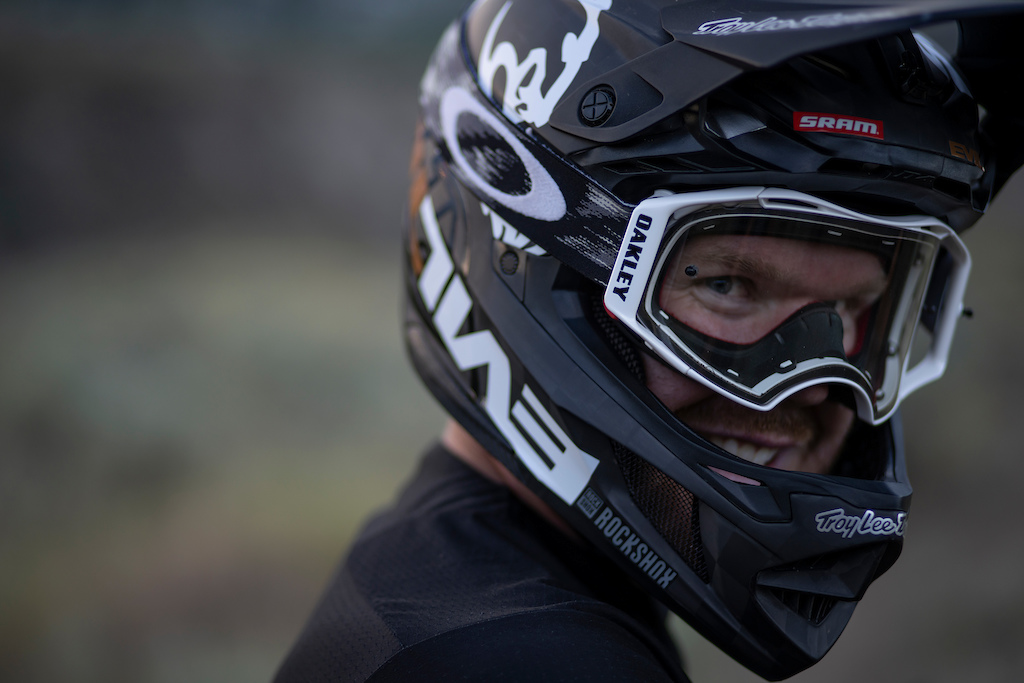 Traveling the world to ride, film, and compete for the better part of his 20’s, Kyle made six appearances at the Red Bull Rampage, including his infamous 2012 run that left the internet trending with the hashtag #norbsgotrobbed after fans disagreed with the judges’ low score on his flat-drop spin. After a few more years, Kyle respectfully retired from the Rampage, feeling like he had accomplished what he set out to do, returning to his roots of imaging, exploring, and riding for the pure joy of it. 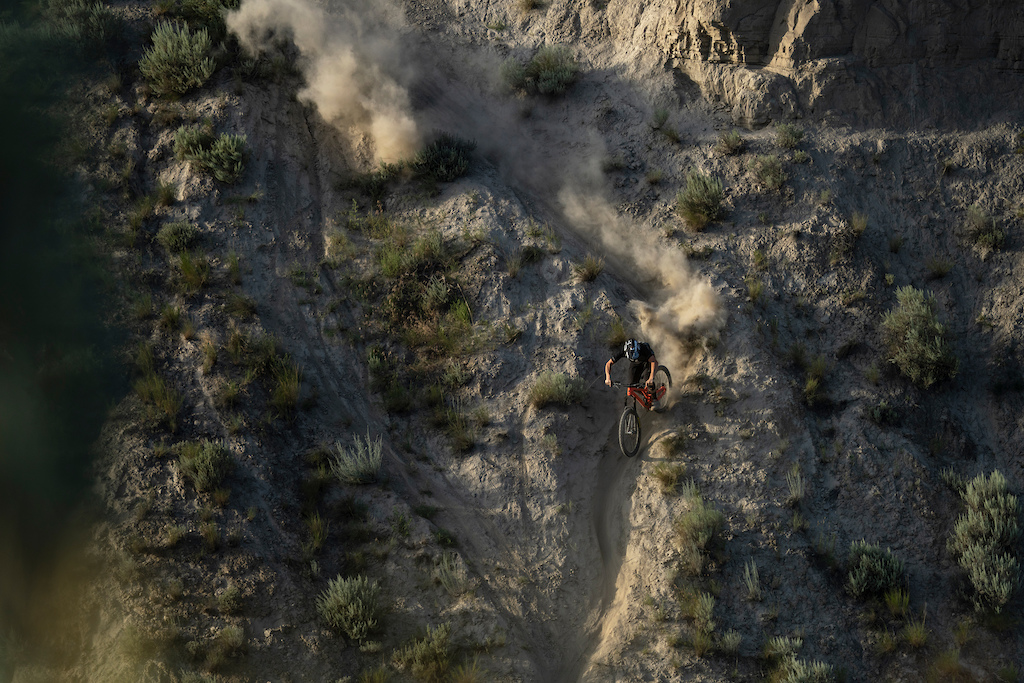 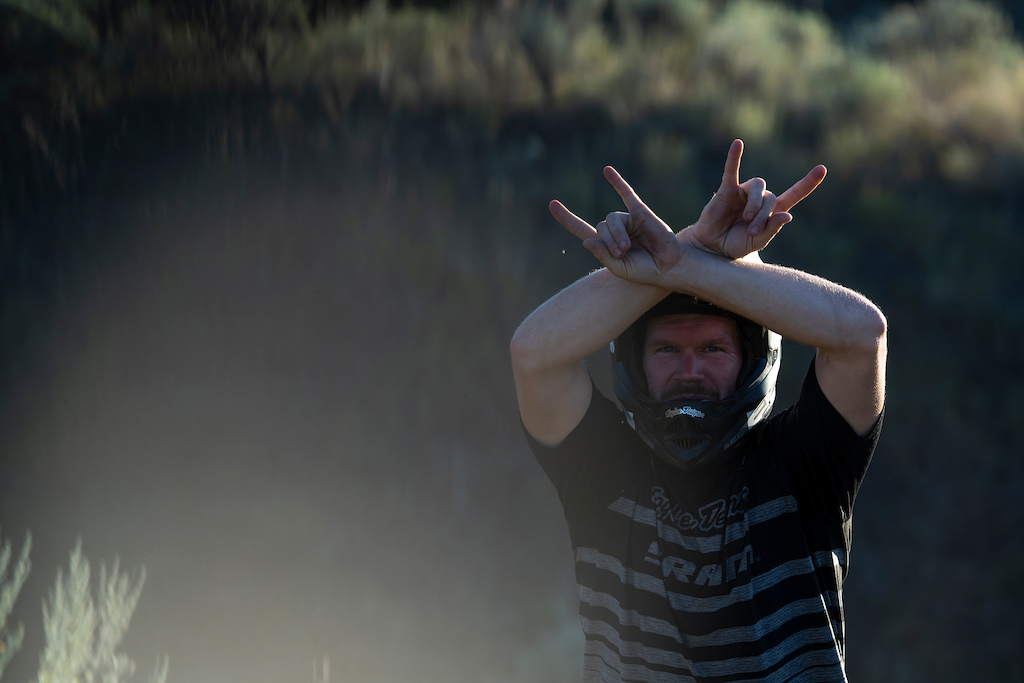 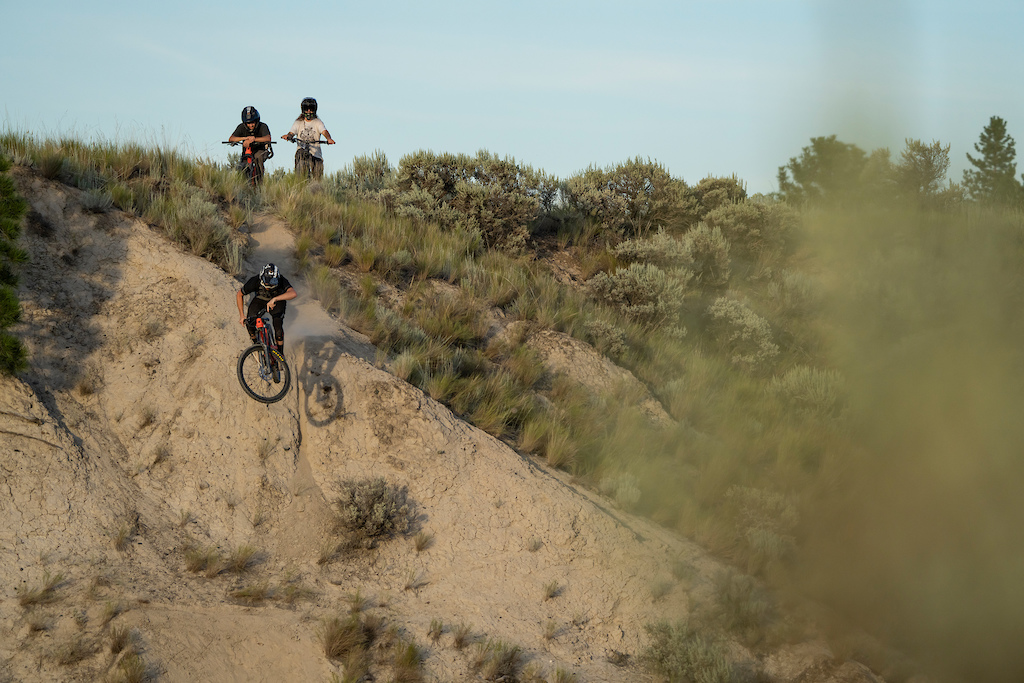 These days, Kyle is an electrician, working full-time, and chasing the shred every moment in-between the daily grind. Listen in and you’ll hear the loudest bellyaching laughter stemming from Norbs.

“The good energy and vibes between the riders and filmers made for such a good time. That energy is what fuels each of us and each other. You watch each person drop in, bringing a different style and strength," Norbraten said. 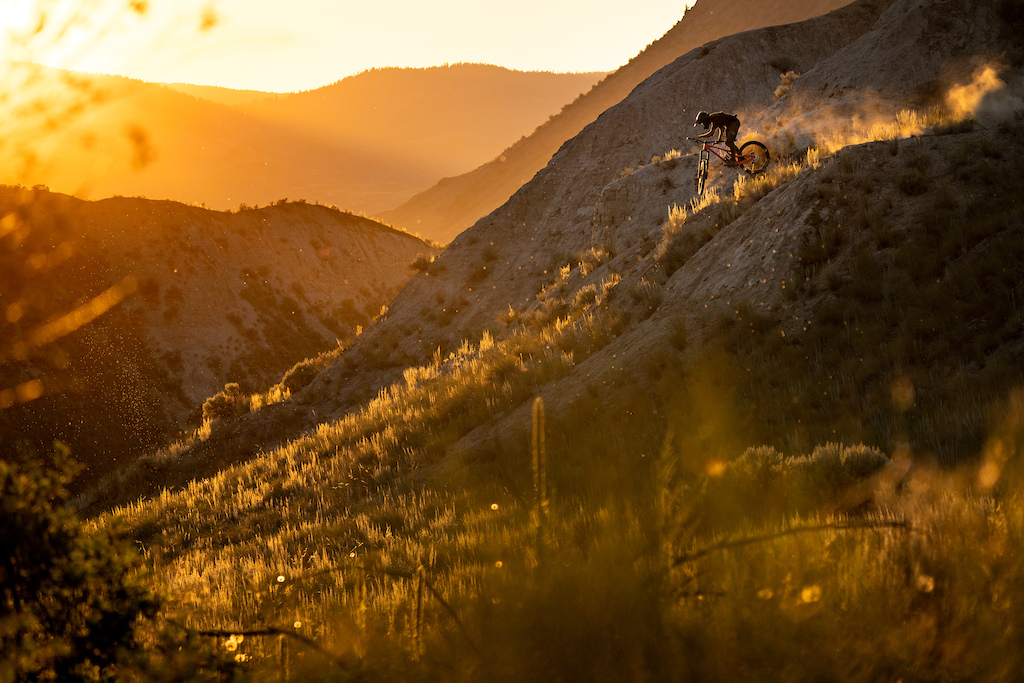 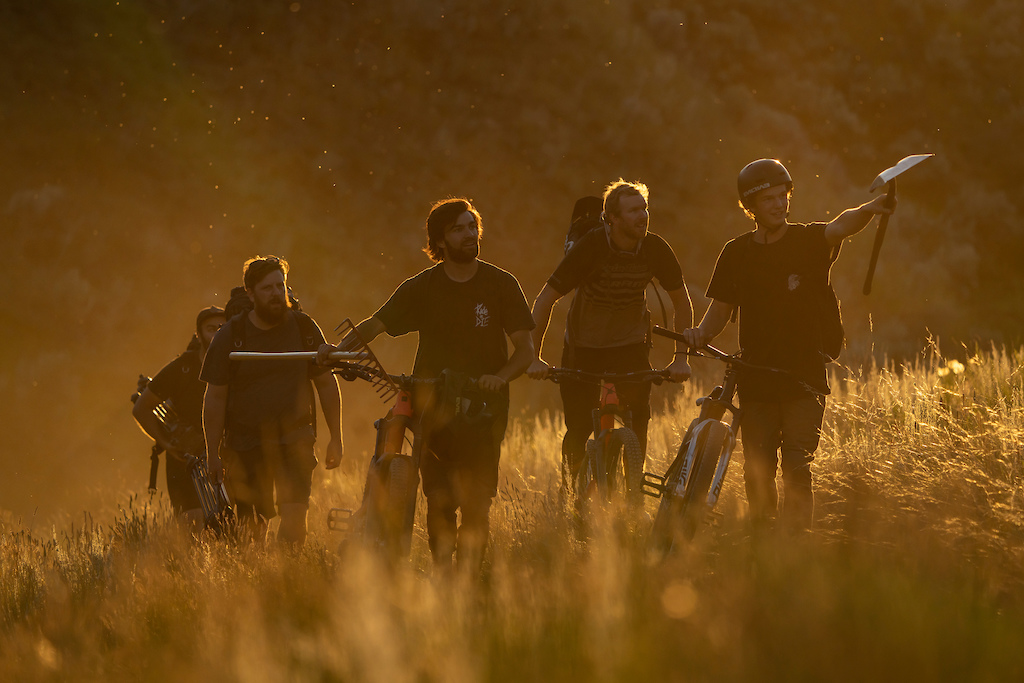 Although the three admittedly are experiencing heavy withdrawals from the daily nug collecting during their week together in Kamloops, Aggy, Paul and Kyle are all back to work. Being a Black Collar isn’t about the results, the glory, or the numbers. It’s about working hard for the right reasons, sharing it with your friends who love it just as much, and not forgetting about the good times and what brought you there. 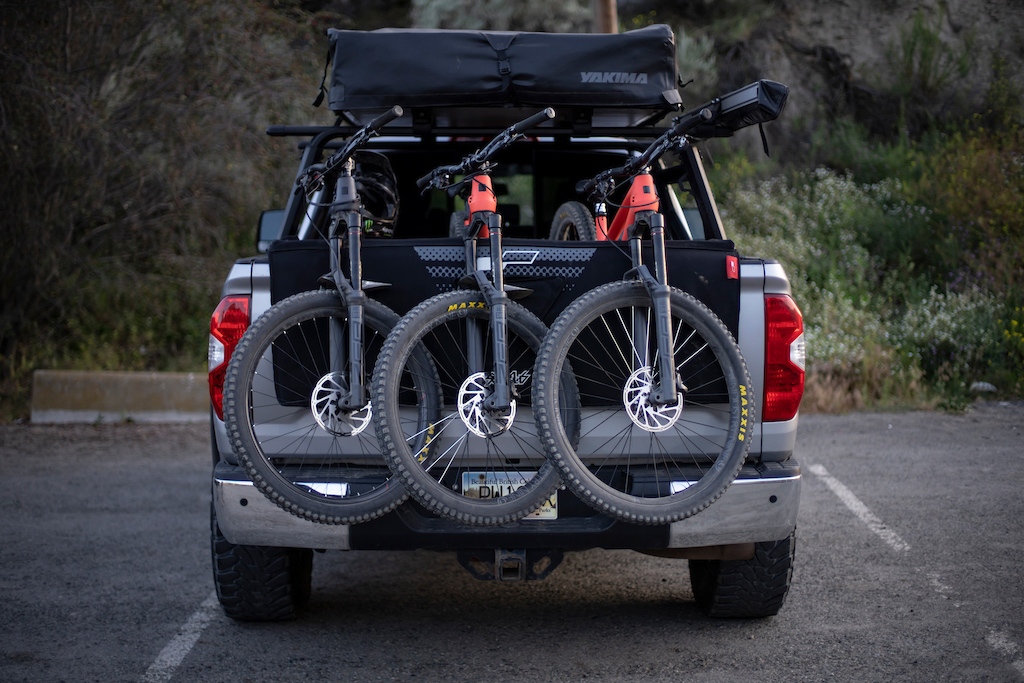 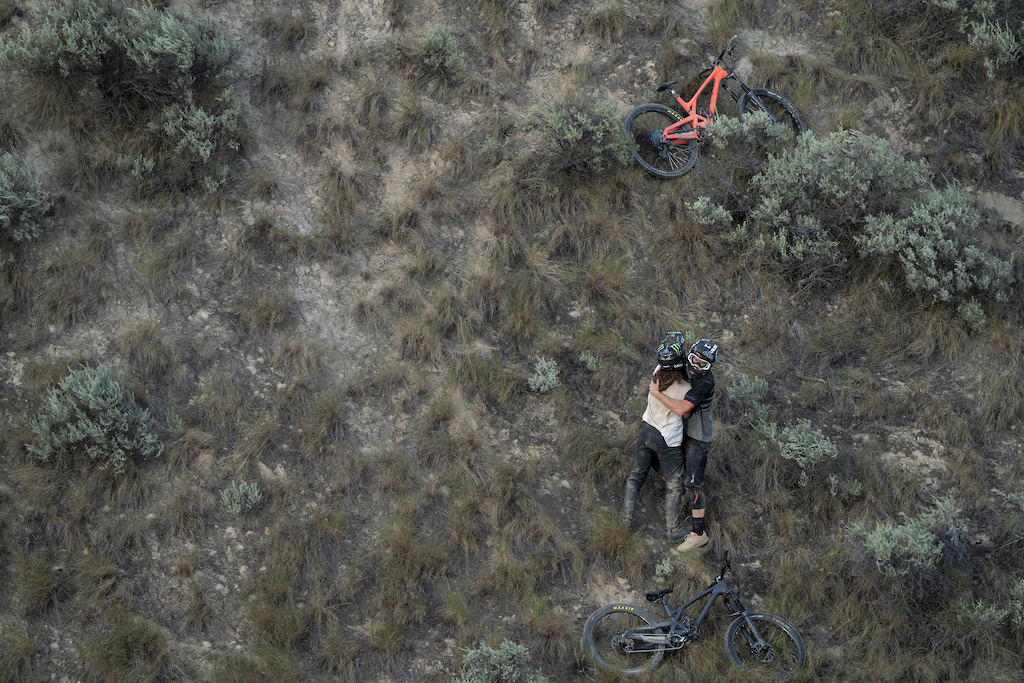 Flizz (Aug 31, 2020 at 8:16)
Props to Evil for quietly and thoughtfully putting together a sweet crew of riders/ambassadors.

samdeatley (Aug 31, 2020 at 11:31)
@Germanmike: Actually, I think this is showcasing their bikes better than having a sweet DH bike. DH bikes are cool, but it seems like a shrinking market segment. Especially when you can see trail/enduro bikes that can handle like this. Why would I want a DH bike when I can have one of these that looks like they handle beautifully doing stuff so far beyond the average rider's range?

luckynugget (Sep 1, 2020 at 6:33)
@Germanmike: Thats what I thought, and still think they would make a baller DH, but these bikes obviously do send and can do tailwhips and bars with the singlecrown.

sadfusde (Aug 31, 2020 at 14:25)
Strong NWD vibes right here! Damn, the shameful things I would do for a new movie,with the old school cinematography...

metalvelo (Aug 31, 2020 at 8:30)
Besides the obviously amazing riding, the fact that they are clearly having fun and enjoying what they are doing are my favorite parts of this. That's how it's supposed to be. Good times with buddies.

housem8d (Aug 31, 2020 at 13:14) (Below Threshold)
ummm more like stressful time with the buddies loool...when you gotta pull a tailwhip off a cliff the whole good times marketing thing is getting old, we know mtb is a lifestyle jeeezzz that said, thx for the video gotta go ride now

alexvos (Aug 31, 2020 at 10:18)
Paul on a damn Rampage out there! Insane riding from all the boys, but even more insane sound design hooooly that was buttery smooth and a treat to hear

jmc361 (Aug 31, 2020 at 22:29)
Thanks so much! Really stoked to read this. It obviously makes my job easier when there's incredible images to design to, so much love to Nic, Aaron and the athletes.

tsn73 (Aug 31, 2020 at 9:11)
That was incredibly well done. The riding was out of this world but the filming and music and everything was top notch. Those dudes are insane!!

stephanepelletier (Aug 31, 2020 at 9:47)
Pauly G for Pres, that tailwhip was absolutely bonkers

Funkylicious (Aug 31, 2020 at 9:13)
What a great video. I liked the multiple cam perspectives on the same lines, really got to see the bike and rider go through a harmony of unbelievable skill and top notch performance. Yes... More of this please!

If picking up my bike when the seatpost is down is bad, how harmful is a giant superman seatgrab like that?