Video: Highlights from the Scottish Downhill Association Round 3 & Scottish Champs at Fort William


From the outset, round three of the Scottish Downhill Association series was expected to be outstanding. After two electrifying rounds in the two months previous - Glencoe, and Innerleithen respectively - riders were in the flow of the season. This round was different to the rest by hosting the 2021 Scottish Championships too. Combine the heated competition with the legendary location for round three, sprinkled with some nice weather for good measure and it was set to be a race to remember.

Racing got off to a roaring start with a strong showing from the Juvenile Males. Archie Ferguson stormed his way to first place with a stonker of a run that would put him three seconds ahead of second-placed Creag Muir, with 5:25.0 and 5:27.9 respectively, Alan Cameron rounded out the podium with a 5:32.8. Archie was over the moon with his result, stating it was 'a dream come true' to be taking home the Scottish stripes.

For Juvenile Females, Heather Wilson set a 6:08.9 which was more than strong enough to bag her the win ahead of Jessica Wipat's 6:38.9. Unfortunately, there were not enough eligible riders to fill a podium in this category, hopefully, with the development of female racing it'll be a filled field come next season. 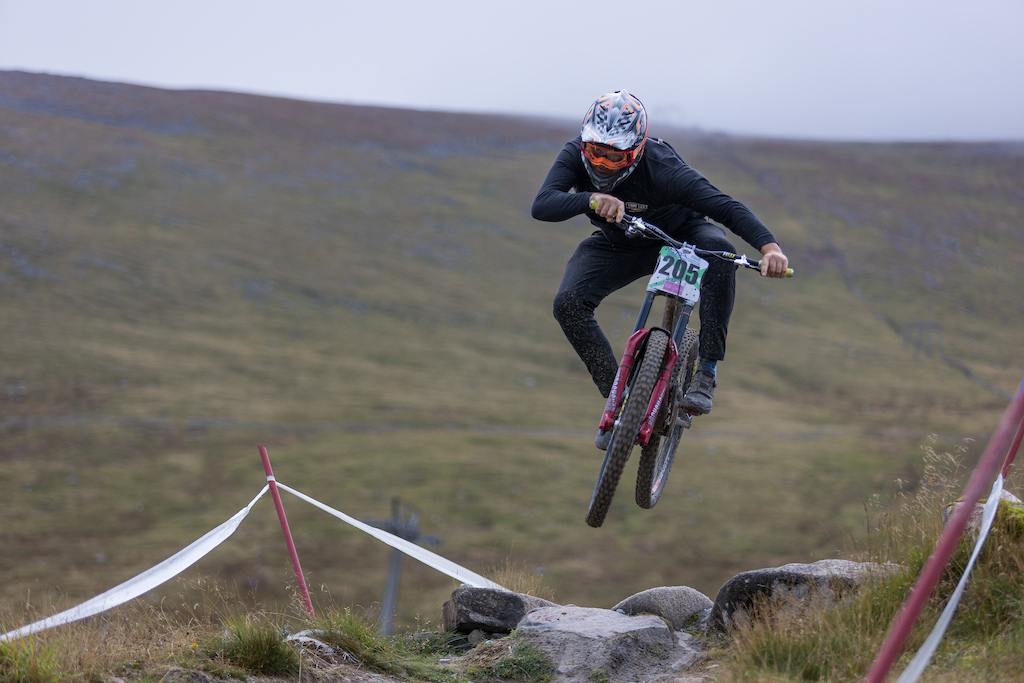 Next up was the Youth Male category. Straight out the gate, Wideopen Mag rider Andrew Georgeson laid down a hugely impressive time of 5:03.4, putting him over three seconds ahead of second-place Lewis Duncan's 5:06.5. Unfortunately for Duncan, his second run was not to be a redemption, as a small miscalculation sent him nose heavy over the first jump of the infamous "motorway" which ended with him being closely acquainted with the ditch. Fortunately, Lewis walked away unscathed, still finishing his run. Cory Muir took third with a time of 5:19.9, narrowly beating out Benjamin Wipat who was just 0.1 seconds behind.

For the Youth Females, Aimi Kenyon confidently rode her way into the lead, taking the category win with a 5:51.2, over 20 seconds ahead of second-placed Nina-Yves Cameron's 6:13.1. Taking the bronze for the Youths was Freya Watt with an 8.06.5.

The next category down the hill was Junior Males. Kicking things off was 50to01's William Brodie, laying down a time of 4:51.7, a time that would have placed him high in elite. Hot on his heels was Douglas Goodwill with another impressive time of 4:56.6. Goodwill was closely followed by 555 Gravity Racing teammate Ryan Brannen, with a 4:57.4. 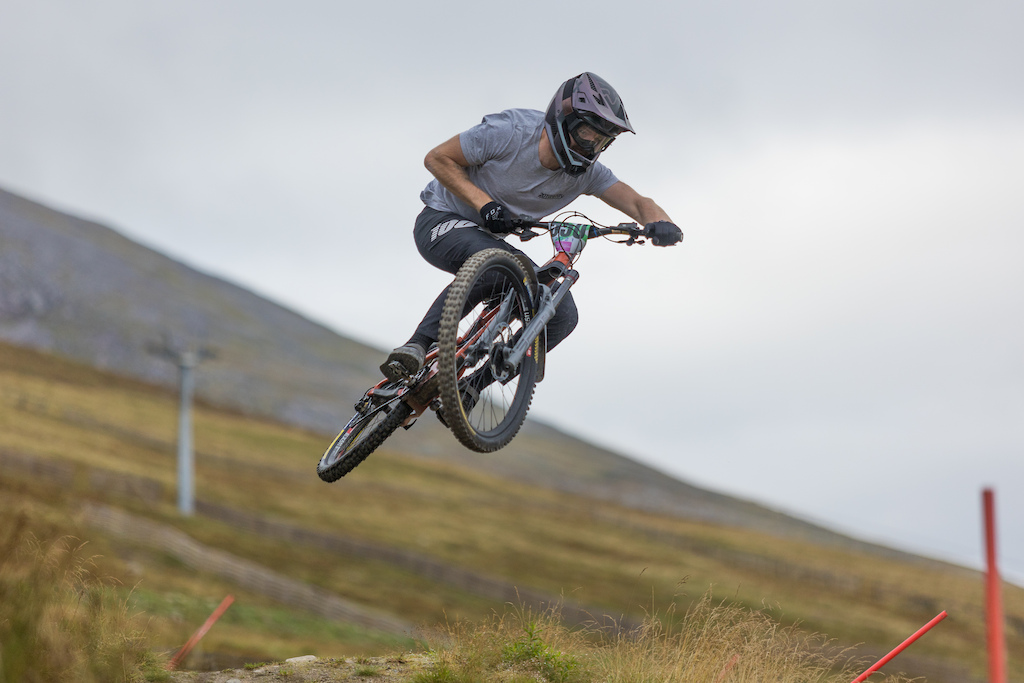 Junior Females was taken by Bethany McCully of Orange Fox Bikes, with her time of 6:15.3. The silver was taken by Fin Campbell and her 7:57.8. Similarly to Juvenile Females, there were not enough eligible riders to fill bronze.

In the Male Master Category, Cameron Turnbull set a 5:28.3, taking first by a comfortable margin ahead of Lewis Crolla's 5:38.0. A very evenly spaced podium for masters, as third was claimed by Ryan Smillie with a 5.48.4.

For Seniors, Tea Jensen took the gold with a 6:05.5, while Kerry Wilson took the jersey in Masters with a formidable 5:46.0. 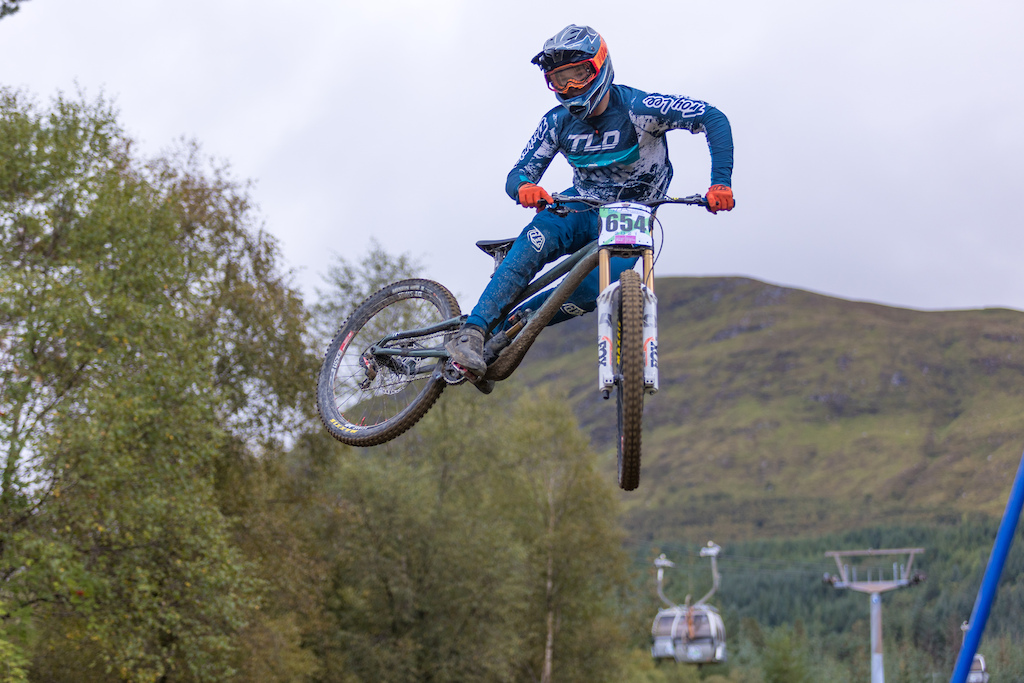 For the Male Veterans, John Young claimed the jersey with a 5:21.7, narrowly scoring the win ahead of Alastair Maclennan who was just 0.4 behind with a 5:22.1. Rounding out the podium was Stephen Cousins with a 5:46.2

Bringing the heat in Elite for third place was Bike and Spanner rider Brandon Gonsales with a mighty 4:49.9. Second place was outgoing Scottish Champ Calum Mcbain, who may win the award for best champagne spraying of the weekend. Mcbain achieved a 4.49.3, just 0.6 seconds ahead of Gonsales! Storming to first place was George Gannicott, with a 4.48.7 - the fastest time of the weekend by a narrow margin of 0.6 seconds. 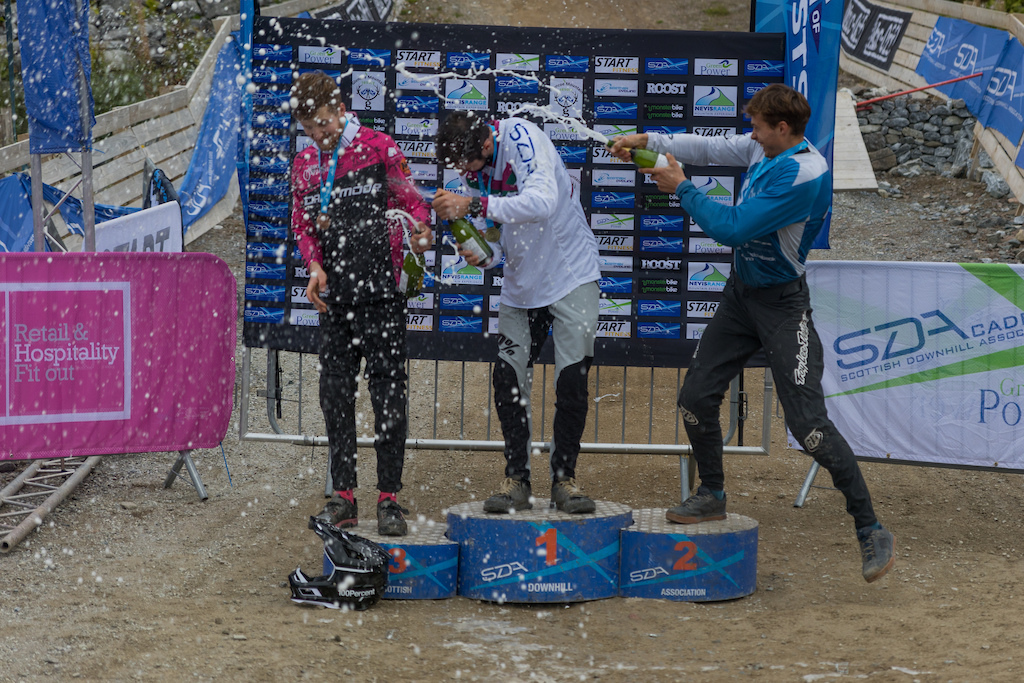 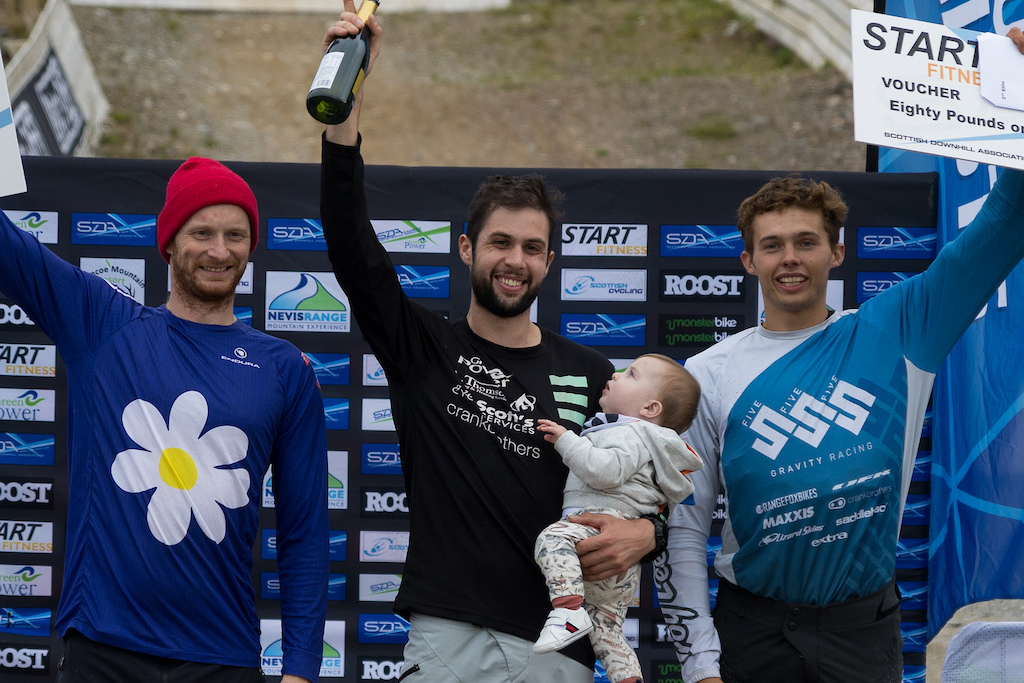 Platt1984 (Sep 25, 2021 at 13:48)
Seem to have missed out some riders from south of the border who did well such as Nathan Diwell & George Madley in Juvenile & Dom Platt in Youth plus others who made the trip up and did well. Why only Scots mentioned?

drjonnywonderboy (Sep 24, 2021 at 13:29)
They are lucky they got to race. I have been to Nevis Range twice (excluding the world cup/champs). Once to ride and once to slide. Both times the lifts have been closed due to wind. Maybe I have just been massively unlucky. One day I will get to ride down that glorious track. Realistically in about 7 minutes.