Video: Hunting Down the Perfect Loamers in 'Farmer on Patrol 3'

So, 12 hours into 2021 and I think it’s about time to kickstart this year good n’ proper. Everyone's favourite farmer Josh Gleave is back, and we’ve got loam. Plenty of loam.

A few years have passed since Farmer on Patrol 1 and 2 that we made for Transition Bikes. The 3rd and most likely final was always on the horizon but we always needed new hills and new approaches to go even bigger. After lockdown eased in the UK and Autumn set in we got down to some filming locally - just for the hell of it with no plan and maybe making a simple video from a day or two of shooting. Then the bug caught on and we realised another few hills could have massive potential for high-speed loam.. 5 1/2 days of filming later.. (7 1/2 total)... Farmer on Patrol 3 was born. 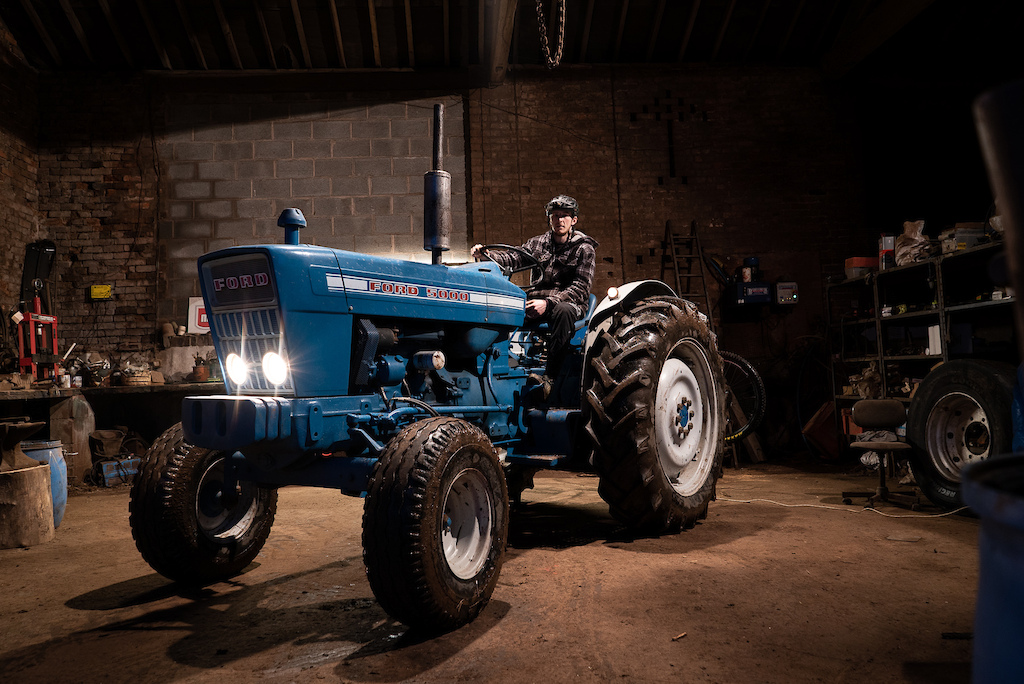 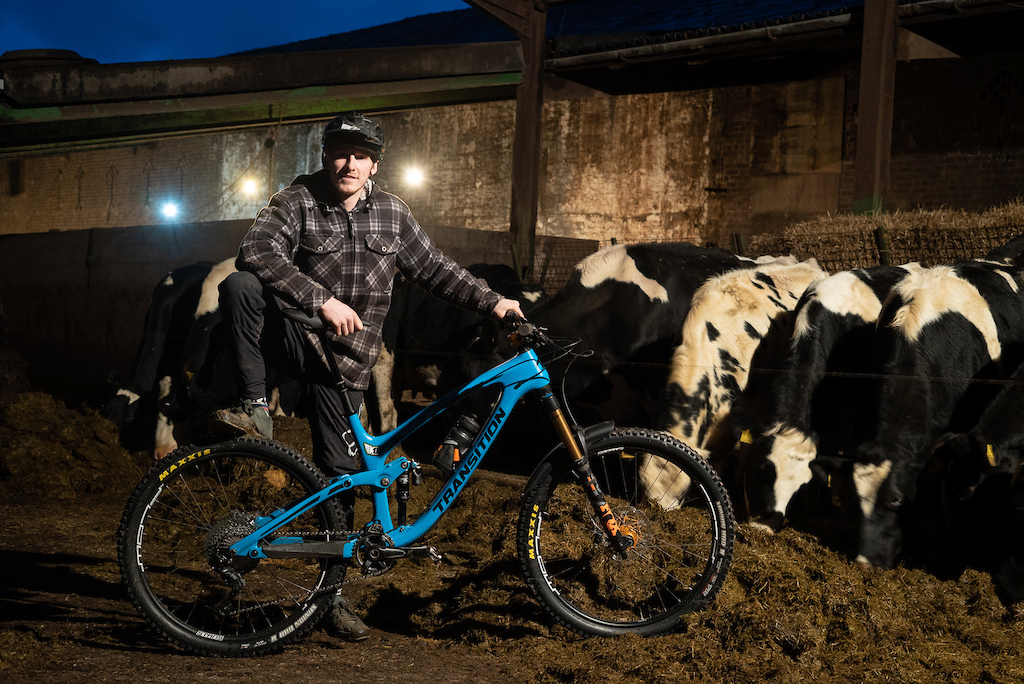 The other rigs. Built 1996 and 2019
90% of the tracks you see in this video were cut in an hour before filming on them. I've done this before, but not even close to this extent. This ensures the freshest loam (as most of it was fairly dry underneath) and fresh lines that had mostly never been shot before. It was only towards the end of filming we realised how lucky we are to have endless soft loamy gullies with very little rocks and roots. So easy to scrape lines and dig stuff into. 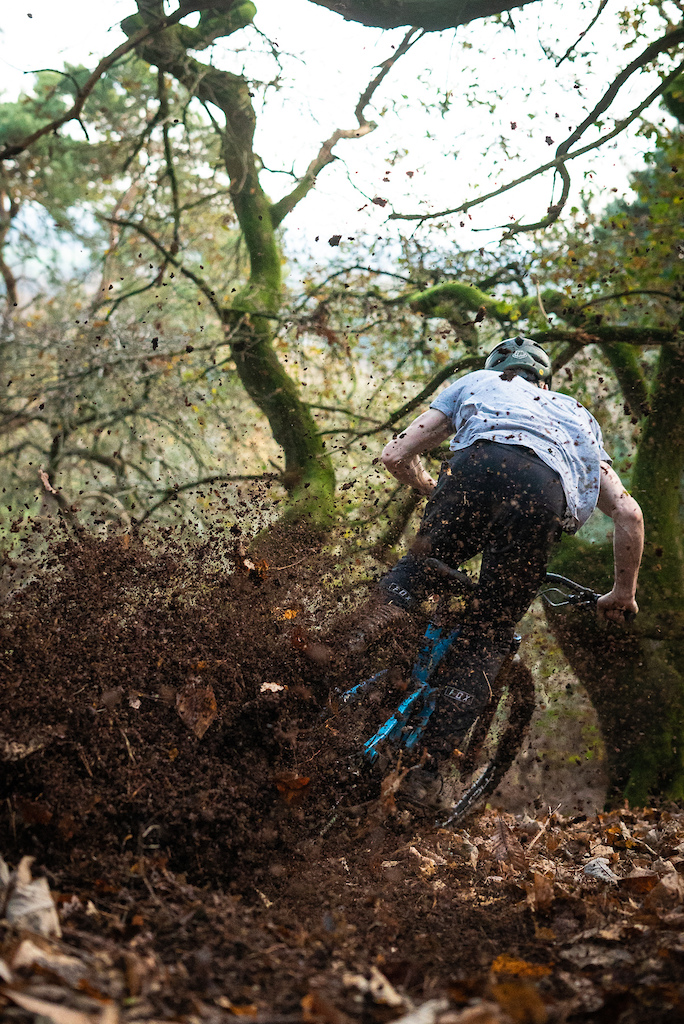 Hoofing it into turns and causing a loam tsunami.
As you may know, Josh is a dairy farmer from Cheshire so fitting around his schedule and contesting with some of the shortest days of the year made for a 3-4 month shooting period. Lots of time and effort from both parties all for the fun of it, with Transition Bikes kindly coming on board at the end helping out with our costs (AKA too many pasties, brews and ginger beers). 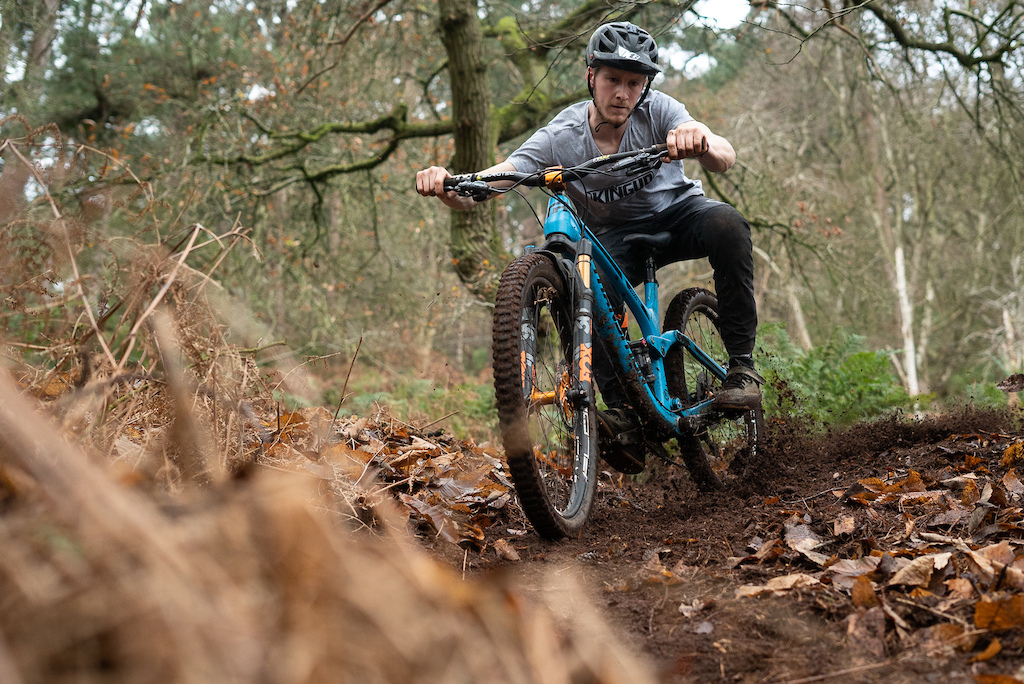 Whipping the Patrol in-between turns in a ski mogul fashion. 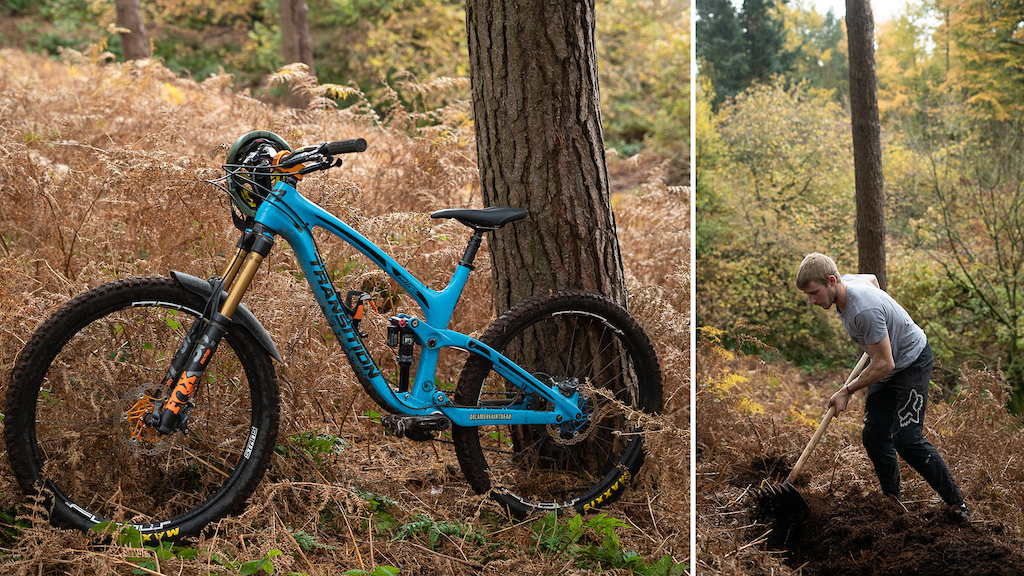 The tools for the job. 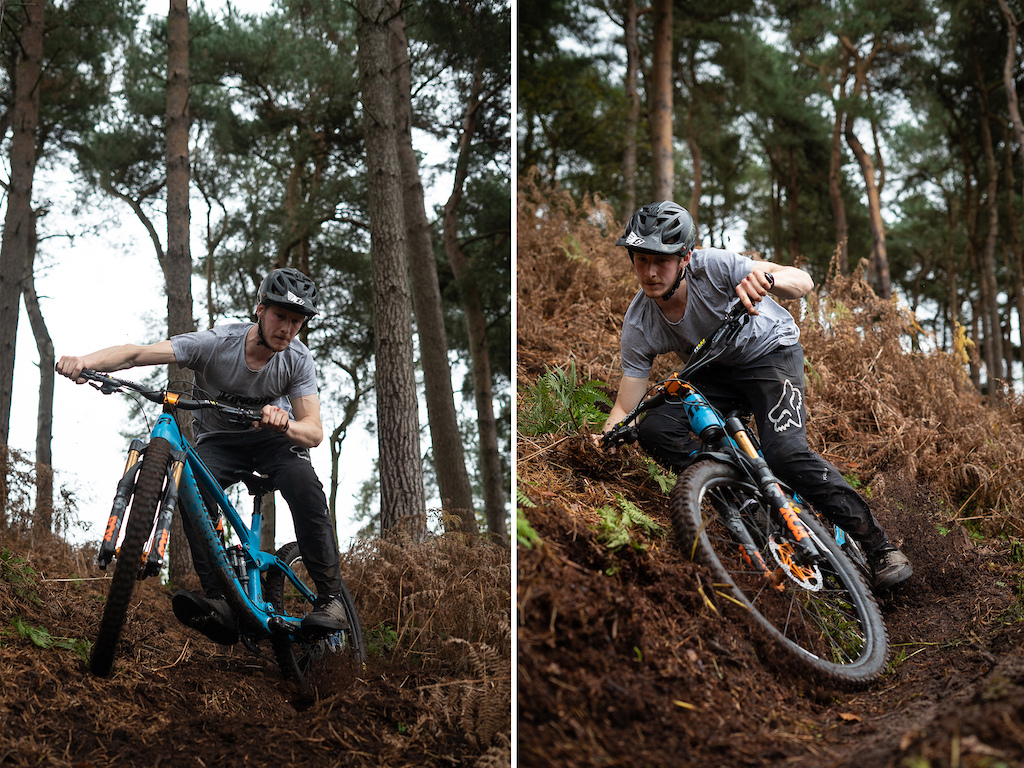 Throwing a scandi or two followed by dipping the bar into the loam mid-corner. 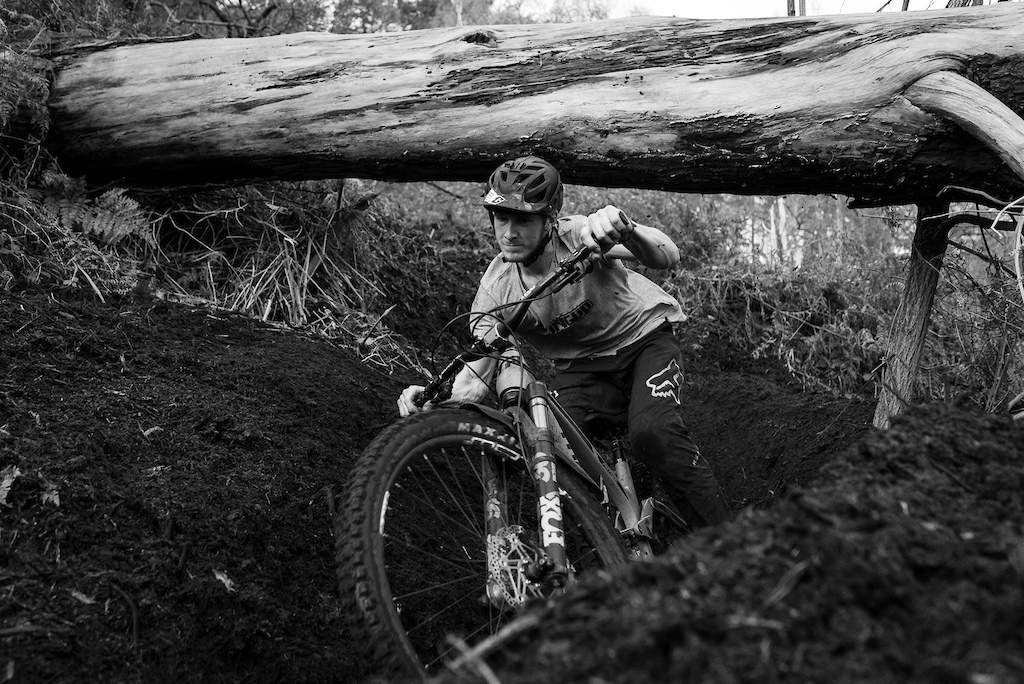 We dug this corner out in about 25 minutes and went around 3ft down to gain just enough clearance for Josh to compress into the corner and make it round. It didn’t help the run in was steep, so you had to hit it fast and use the compression to pop your head under the log. 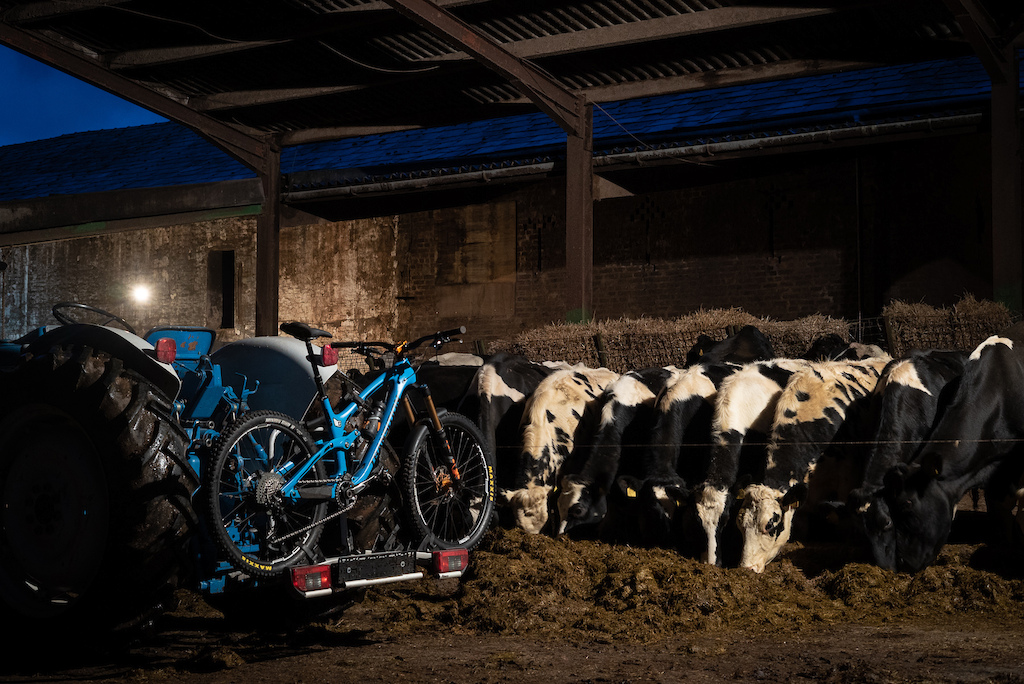 Parked up for the night. Until next time.
There you go. The trilogy of Farmer on Patrol, completed. A huge thanks to Transition Bikes for supporting it throughout and a big thanks to Josh for giving 110% be it riding or digging. I hope you enjoy it as much as we did making it!

SuperHighBeam (Jan 1, 2021 at 12:28)
Awesome but I wish it didn't look like he was doing the same four turns over and over and over again. More trail/scenery variety would have been nice, everything just looked the same. Kick ass riding though. Loved all the roosting.

Snowsed341 (Jan 1, 2021 at 13:39) (Below Threshold)
No dis-respect and I know i'm probably gonna get neg propped for this, but riding down not so steep trails and pulling your back brake really hard doesn't seem all that special. I appreciated the solid riding but I know about 20 guys that could ride that just as well that have day jobs and ride for fun.

I am sure that the rider is limited by the super flat UK trails (I was born in the UK, US Transplant) and I am sure he has skills but i'm not going to sit here and say that this was "Video of the Year"

It was fun to watch while i'm stuck in with my kids today but lets not get carried away.

Civicowner (Jan 2, 2021 at 0:38)
@Snowsed341: everything looks way slower on camera. IRL that guy is probably absolutely hauling plus he knows how to completely f*cking hammer a corner. Not just skid into it with brakes..

Snowsed341 (Jan 2, 2021 at 13:04) (Below Threshold)
@caldwellvisuals: Wow a little criticism and you guys all get defensive. I have no idea about what? How steep a trail is? How fast the rider is going? How to ride dirt that is basically built for this type of video. Please educate me. You literally no nothing about where I ride, and my riding experience. Compared to the super steep trails of the West Coast, yes this is flat.

I wish the Pinkbike audience would say "Fair enough to each his own" all you little teeny boppers cant take any type of critic. If its not worship of your video then nothing but hate.

I said it was entertaining, and it was. Maybe you should quit while your ahead.

Many steep, and technical lines here. You just don't know where they are, you've missed the point and the robin resents you. Workin' it in the woods, beech.

Civicowner (Jan 3, 2021 at 5:10)
@Snowsed341: The fact you think this a fairly average rider who likes skidding with rear brake says enough about your riding

wowbagger (Jan 1, 2021 at 6:08)
I've long been waiting for someome to use that song in a video. Would have done so myself but with my riding speed it would have been a bit odd

Great video all around.

Zuman (Jan 1, 2021 at 5:27)
Tommy C's videos are always fun to watch, and always with a refreshing edit and not just parroting the current fad in edits. Can't wait for the new edits with the Scout. ????

cirque4 (Jan 2, 2021 at 12:07)
Absolutely! An irresponsible, selfish use of the natural environment. Does nothing to enhance the positive public perception of mountain bikers.