Team 31 was created out of a desire to do something different. Rather than perpetuate the pressurized structure of elite racing, with its focus on podiums, followers, and engagement, the goal is to have fun and inspire others. 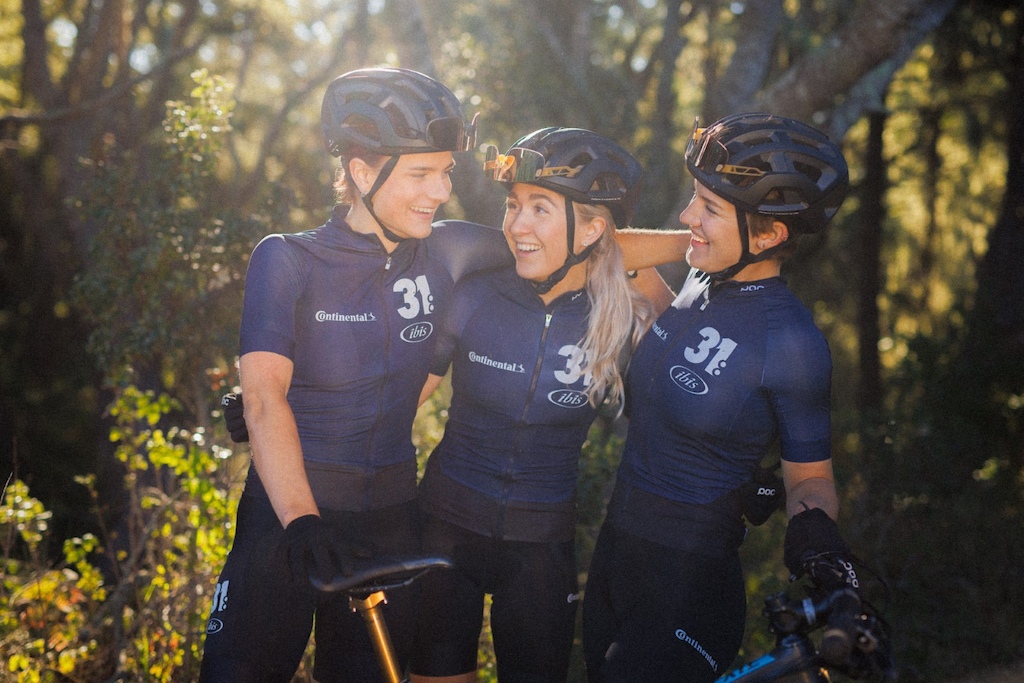 At the upper echelon of racing, it is easy to forget that riding bikes is fun. That is why spending time with children is so important. It is a reminder of why we ride and more importantly, an opportunity to inspire the next generation to stay active and healthy. 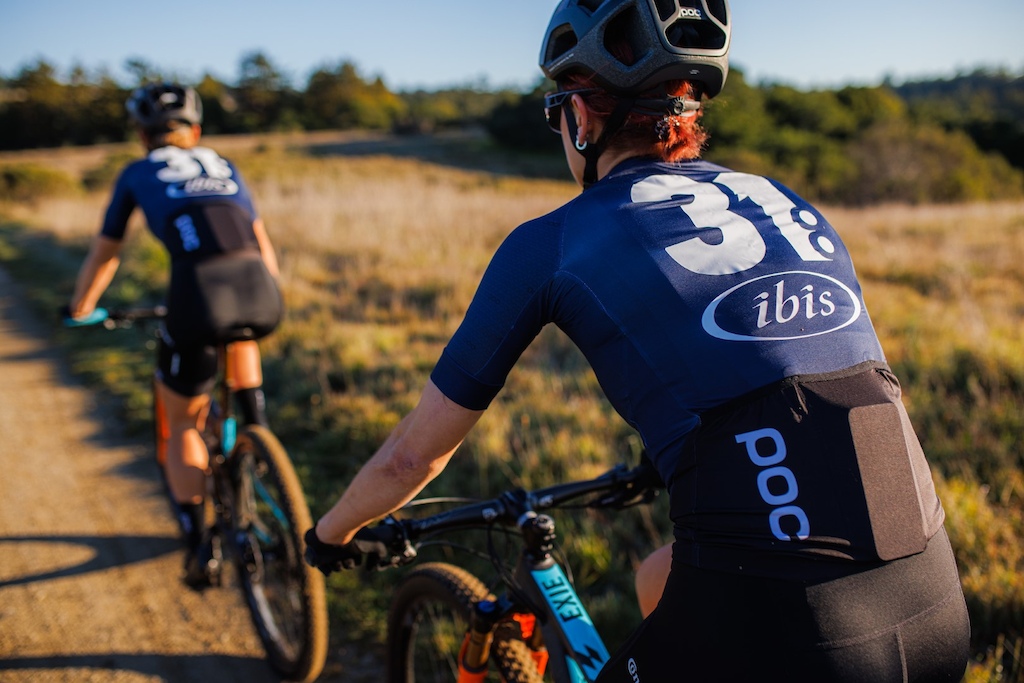 The team’s name also brings attention to Article 31 of the United Nations Convention on the Rights of the Child, which states that “every child has the right to rest and leisure, to engage in play and recreational activities.“ 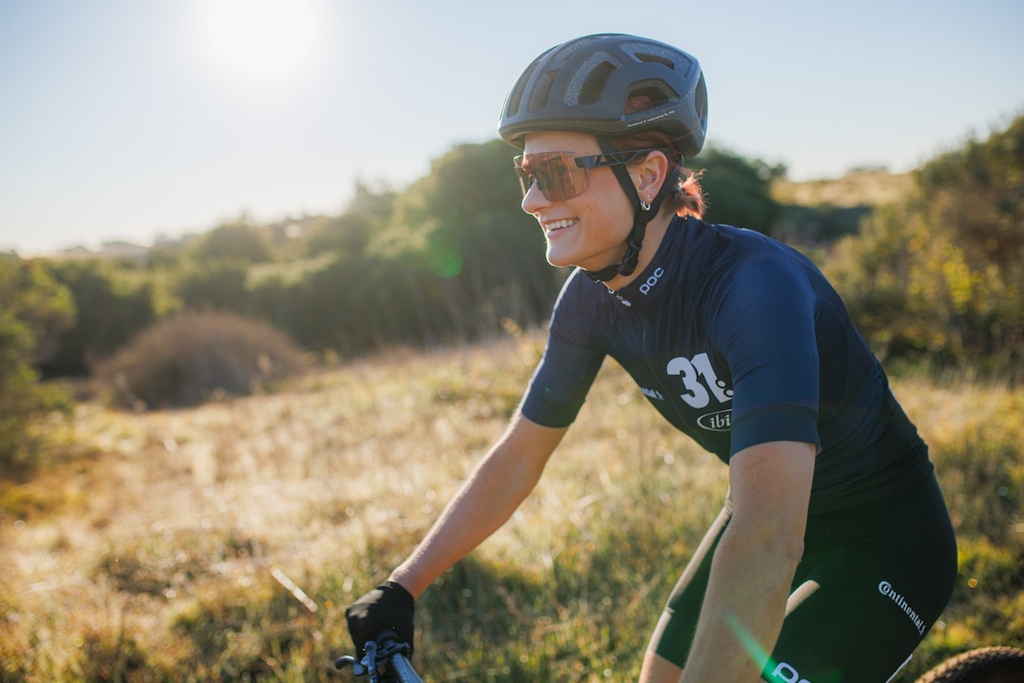 The Team was inspired by the personal journey of Olympic Champion Jenny Rissveds. After overcoming a personal battle with eating disorders and depression which caused her to leave cycling, she has returned to the sport and become a major proponent for mental health. 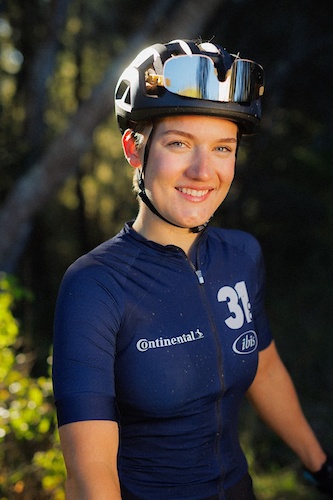 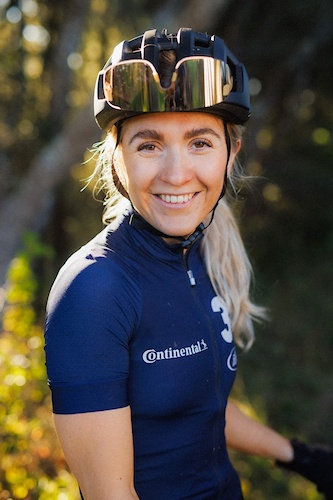 In addition to Jenny, the team includes returning member Kelsey Urban. Kelsey is the 2019 U-23 National Champion and a US National Team Member. The third member of the team is Linn Gustaffzon, a Swedish National Rider racing on her first factory program. Together, the team will focus on the UCI World Cup events. 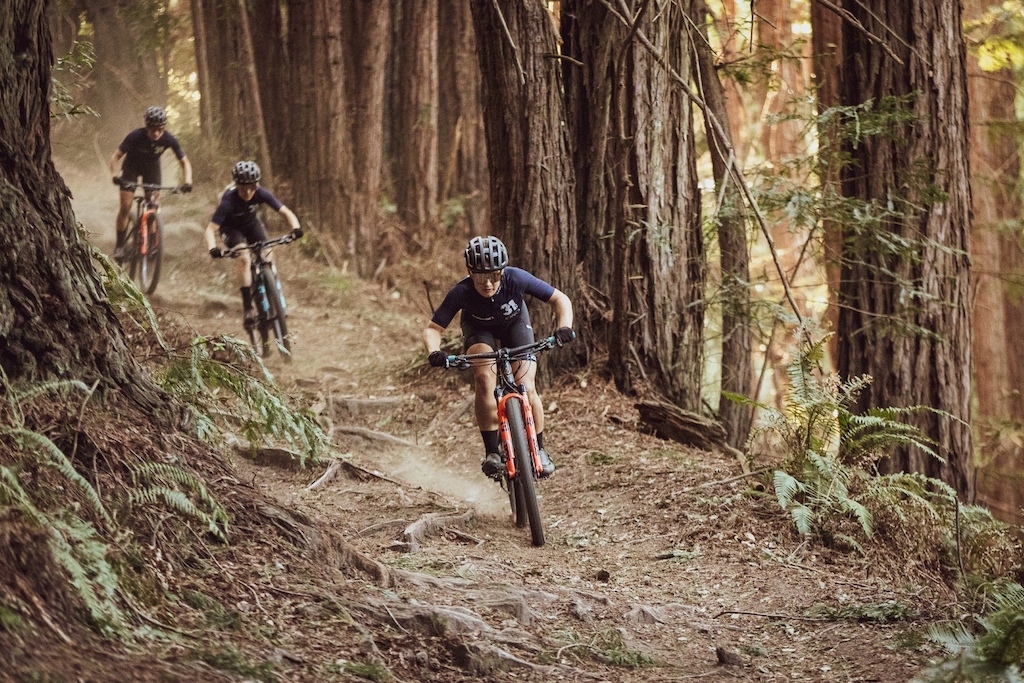 Team 31 will be racing on the new US-made Ibis Exie. Tom Morgan, the President of Ibis Cycles said: “When we designed the Exie we aspired to make a bike capable of competing at the highest level of the sport - partly to show what we could do, but also because we’re huge fans of World Cup XC racing.

The idea of sponsoring Team 31 and Jenny seemed like a fantasy - she is one of the athletes we’ve most admired in racing. Not just because of her race results, but because of the incredible work she’s done to raise attention for the rights of children. After a hectic few weeks of working with the Team 31 management to put together an all-star roster of equipment sponsors the fantasy became a reality.

It’s great to be working with Linn Gustafzzon and Kelsey Urban as well. A Swedish National Team member, Linn joins what Jenny and Kelsey have started and we’re excited to see what she’s capable of with full team support. And it’s great to be working with Kelsey, a former NICA athlete from the Bay Area, who adds a local element to our Swedish connection. 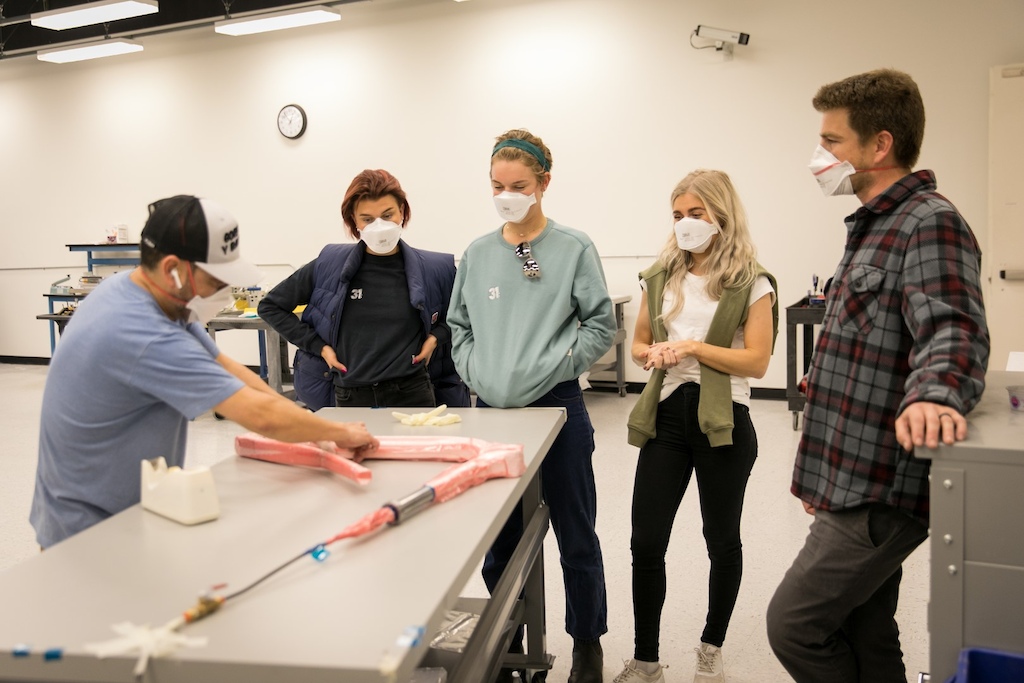 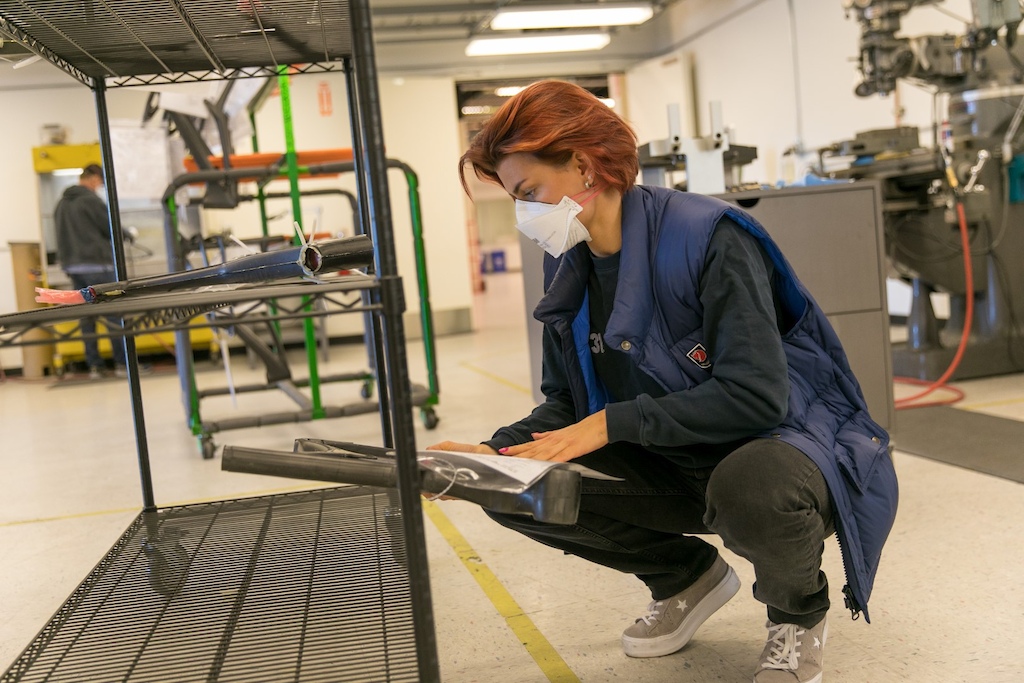 Team 31 held its training camp in Santa Cruz in early February. During the trip, they had the opportunity to meet with Ibis employees, tour the new solar-powered Exie factory, and ride with one of the local high school teams. 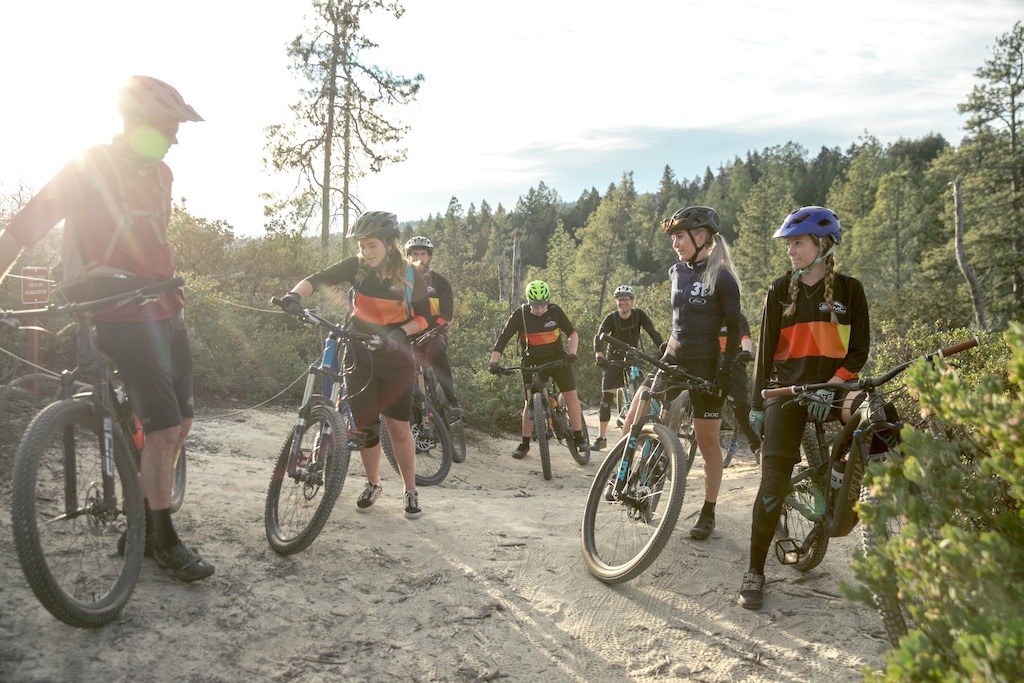 ”Ibis have proved that they are ready to take a step in a different direction. That’s exactly what we as a team are looking for. I’m very excited about this partnership and excited to help push the sports industry towards something healthier. Together with Ibis, we want to show the next generation that sport can be playful, fun, and free from pressure, and not only about winning, losing, and fighting mentality. Sport is for everybody, and we are happy about finally finding a bike brand who is willing to go on this journey with us,” said Jenny Rissveds.

Kelsey Urban echoed the sentiment. “It’s unique to represent a brand you feel connected to, one where you can see the people, personality, and mission behind the logo. Working with Ibis has been just that. Not only are they building bikes to last and working on clean energy solutions for carbon manufacturing, but they also are supporting us in racing at the top-level as people, not just athlete robots. I feel immensely lucky to take on the coming chapter with them behind us.” 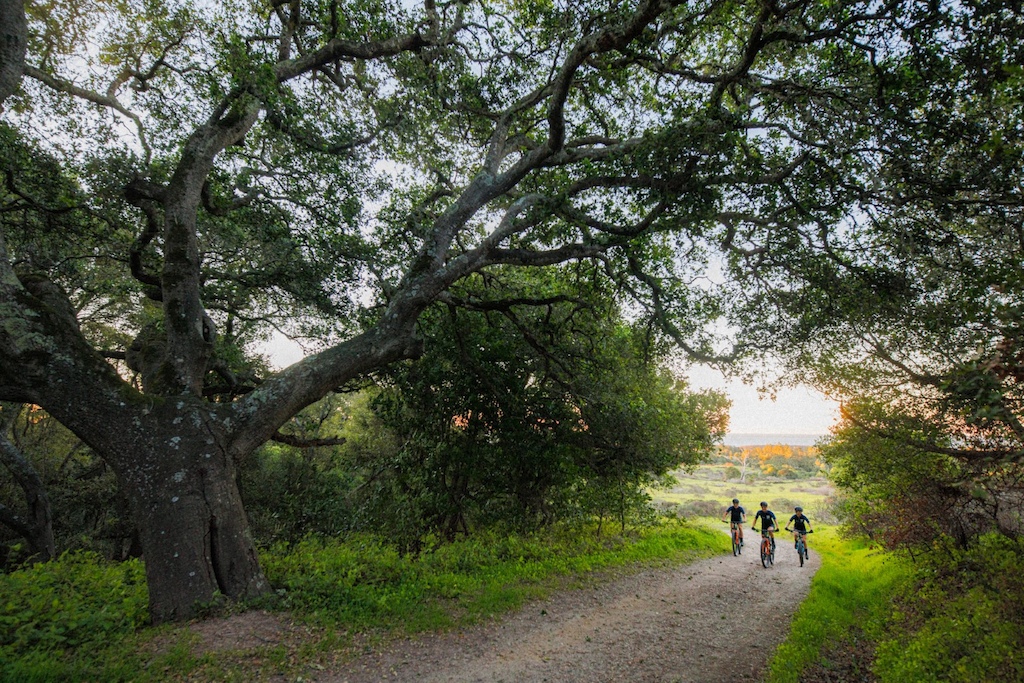 All the Team 31 sponsors are keen to help achieve their goal of positivity. As Linn Gustafzzon said, “Our goal is to show what is important about sports, it should be FUN, healthy, confidence building, and for everyone.”

The new partnership with Ibis is a significant development for the team, but it is not the only change. Another important development supporting the team as its helmet, eyewear, protection, and apparel partner will be POC. As a Swedish company with extensive experience in performance and protection, there is a natural Swedish connection to the team and riders, as well as a long-term collaboration with Ibis. 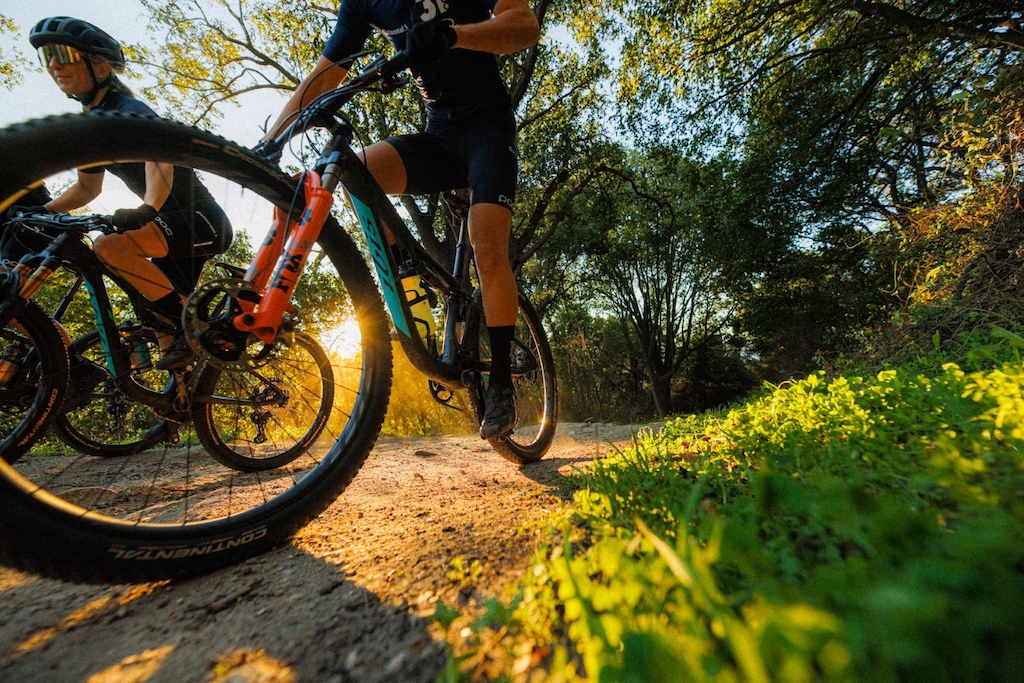 Elizabeth Reeder, Head of Global Sports Marketing Strategyfor POC, said “As Team 31 is a Swedish based team working in collaboration with our long-term partner, Ibis, the synergies and excitement was obvious from the very beginning! But it also represents significantly more. To be able to support some truly world-class female athletes and help them achieve their performance goals is an amazing objective. On top of that, to bring about a bigger debate on participation and bring the younger generation to the joys and benefits of cycling is a vision worthy of all our support. It promises to be an amazing season.”

Oliver Anhuth, Global Head of Marketing for Continental, echoed those sentiments. "We are delighted to announce our new partnership with Team 31. They are a truly exciting XC team that is, not only pushing boundaries but also sharing our desire to keep driving innovation and inspiration. We look forward to collaborating with the team and Jenny to inspire all riders to achieve their full potential, be that racing for the medals or just having fun out there on the trails."

misteraustin (Mar 2, 2022 at 7:16)
What an amazing goal and mission. I think we all can relate to this when we think back to when we first fell in love with the amazing sport and community of mountain biking. And especially important for kids and teens. Its about having fun and interacting with the beautiful planet we've been blessed with. Keep at it Ibis & Team 31. Would love for the sport to continue investing in and growing this aspect of mtb.

bikebasher (Mar 2, 2022 at 7:35)
Nice job IBIS, and yeah for Wilder Ranch and Santa Cruz trails. The cycling industry needs more of all of this!

DBone95 (Mar 2, 2022 at 8:10)
This is really cool and seems like a match made in heaven. Every time I walked through the pits in Snowshoe Jenny was taking pictures or talking with kids, most of whom were little girls.... She walks her talk and is super easy to root for.

jspier (Mar 2, 2022 at 7:58)
I also owe Ibis an apology. When I first saw that bike and heard they were incoming Team 31 sponsors, I was worried it was a tank. The goal of sub-2kg fame with shock may not be world-leading, but it's only half a pound from the best, so not anything that merits huge concerns. I had fears is was another 'how are you this heavy' bike like the new Trek Top Fuel.

Pinkbike did a great first look here - worth it just to read RC again!
www.pinkbike.com/news/first-look-ibis-new-2022-exie-cross-country-bike-is-made-in-the-usa.html

neons97 (Mar 3, 2022 at 6:37)
Taking time from training camp to ride with the local high school team...what a great initiative. And to read it and not automatically think "Well this is a photo op"...and instead believe that it is out of genuine interest for the young athletes...kudo's to Team 31 for making me more aware of your mission and vision.

jspier (Mar 2, 2022 at 7:54)
Lots of people talk about finding balance and having fun. If you followed this team at all, you know that they're one of the few who really seem to have found the way to walk the walk - and that's been well earned. I look forward to following their story this season.

carbking (Mar 2, 2022 at 8:09)
I wonder if average joe rider youtube marketing pays off? Personally, I am sick of the mtb youtube world.

Ososmash (Mar 2, 2022 at 8:27)
@carbking: I have good news for you. Avoiding that world is as easy as unsubscribing for the MTB youtube channels you follow and are sick of.

Suddenly you aren't in the mtb youtube world anymore!

Although I'm not sure you could call him average...

MagnusThornberg (Mar 3, 2022 at 22:10)
Without BKXC ibis wouldn't be able to sponsor Team 31. Many bikes are sold because of his channel and he reaching out to avarge joe.

Jamminator (Mar 4, 2022 at 11:17)
@Ososmash: Now if only there was a way for the algorithm to not try and force-feed videos you don't want to watch... Same video continuously popped up in my recommended for weeks and clicking 'Not Interested' had no effect.

They rerouted the climb out a year or two back so it is way mellower and more fun. You can do laps all day long

Also me: [Ducks for cover, giggling.]