In the lifetime of every hand-built trail, there is a very fleeting moment of this raw perfection.

Like a powder day on skis, the organic material provides a bottomless feeling. Pushing deep into turns, and releasing soil with each revolution of the wheel. During this special time, even the trail sounds different. Rolling over years of compressed leaves, bark, sticks and red rot sends a hollow echo through the ground that you can almost feel in your chest. But for these reasons, it doesn't last long. Soon enough the soil will be displaced, roots and rocks exposed, and the once deep and soft tones will be replaced with harsh thuds as your tires catch newly formed braking bumps. But luckily there's always the next trail, or the next storm, bringing another powder day.

For us, this is paradise. 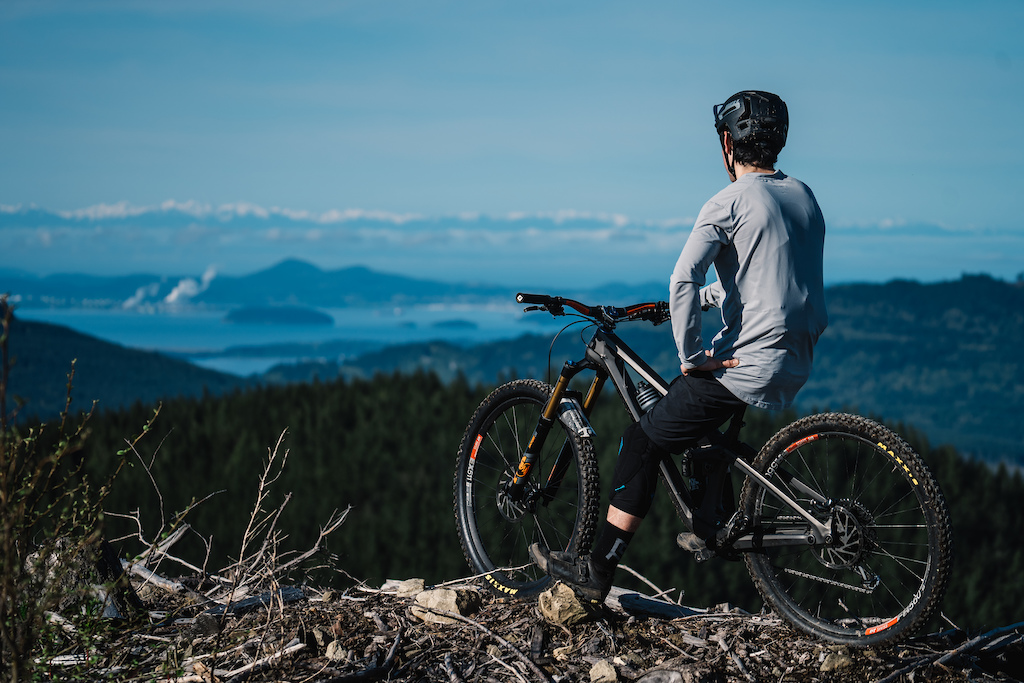 High above the bay, John takes a breath before dropping in.

Mt. Baker in one direction, the Olympic Mountains and San Juan Islands in the other. 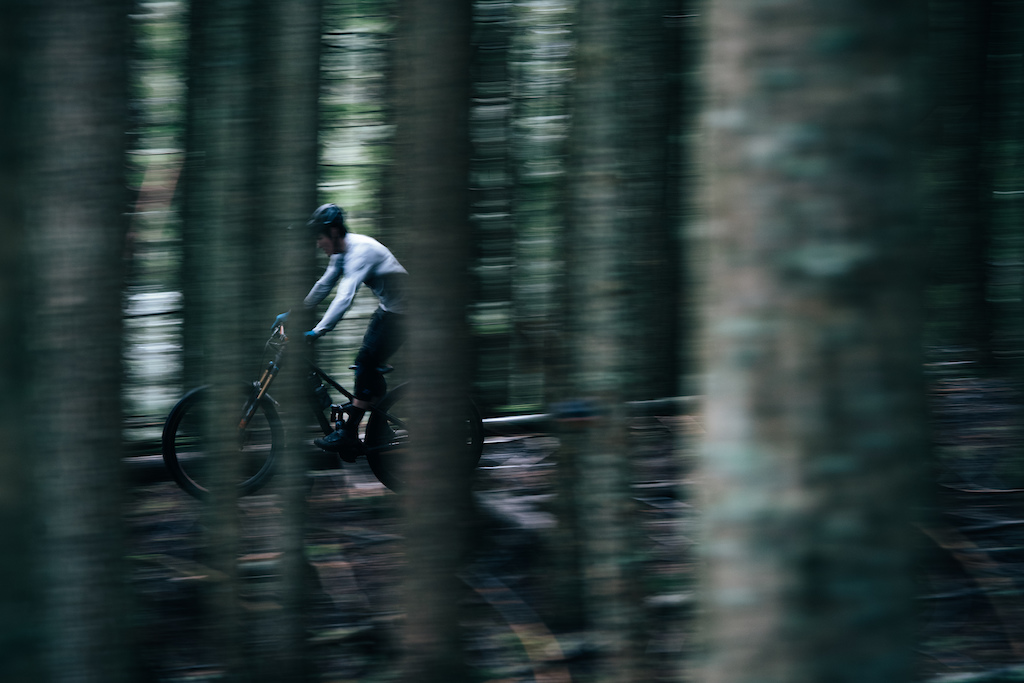 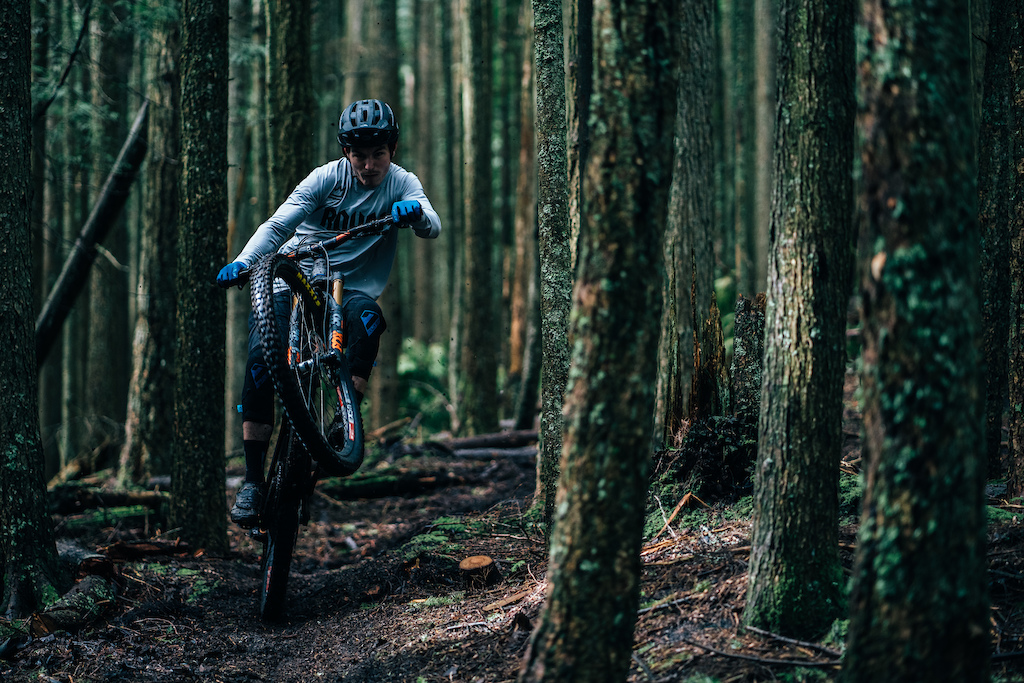 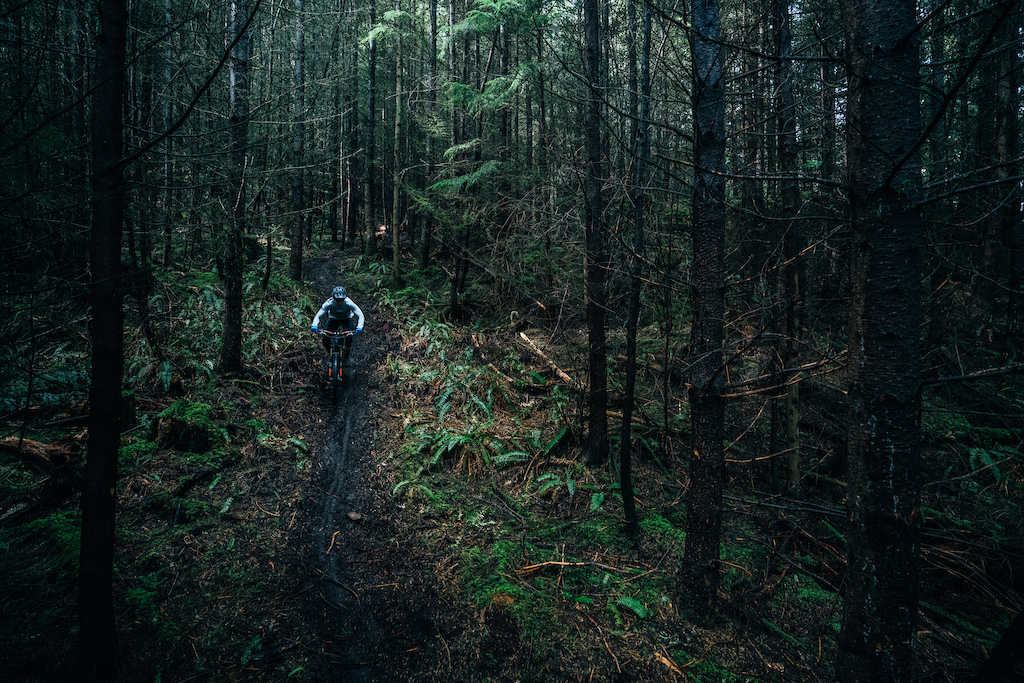 An open corridor provides a sliver of light into the dense forest. 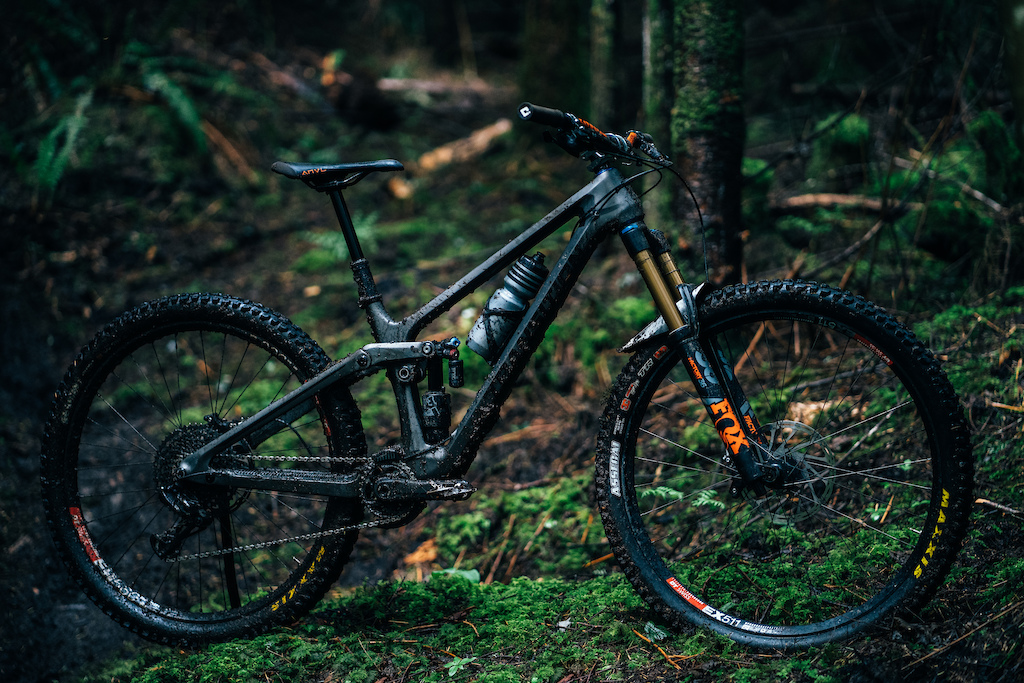 What would have been John's EWS rig this year, is now his local trail slaying pony. We don't think he minds
John is riding his Sentinel V2. Here's what he had to say about it after putting it through its paces for this video:

"I rode the previous sentinel all over the world last season, racing EWS, riding bike parks, and all around having a blast. This new iteration isn’t just a change in looks. The updated leverage curve, head angle and chain stay length have made the Sentinel even more confidence inspiring. Those words get thrown around a lot, but for me what that means is when I see a new line, maybe it’s a huck, maybe it’s taking a sneaky high line into a turn, the bike handles that challenge even better. The suspension is more supple, providing more grip, but it's also more supportive through big impacts, keeping it composed in any situation. Moves that you think are going to be rowdy, end up smooth." -John Richardson 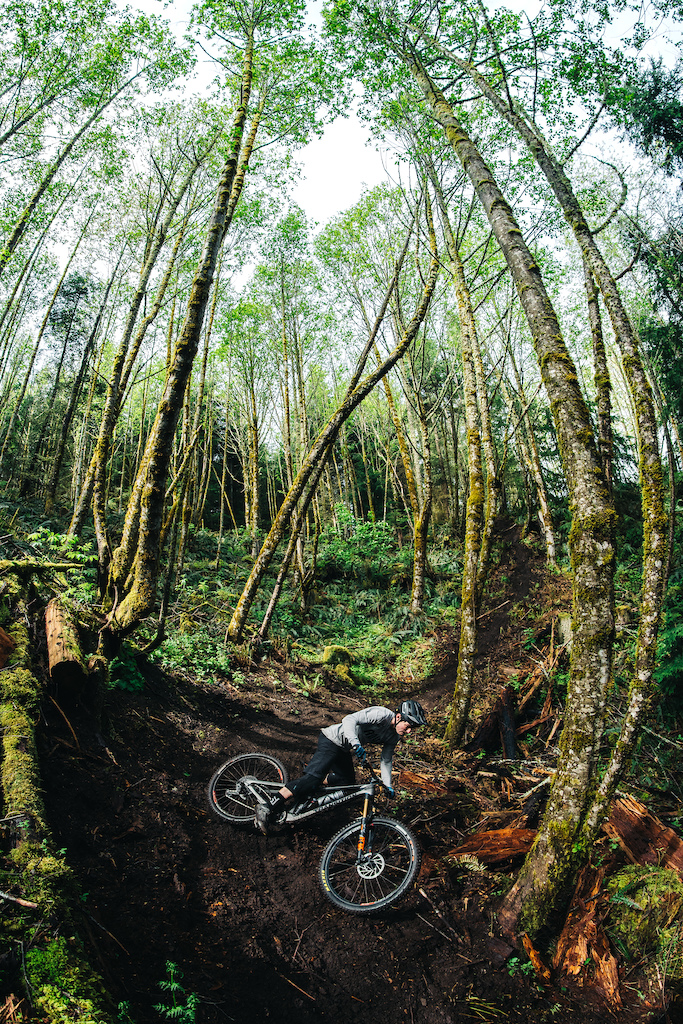 bradwalton (May 15, 2020 at 6:39)
When it was brand new it absolutely was the funnest trail ever. I can’t recall ever laughing out loud that many times going down a trail. The turns combined with raw traction was the stuff dreams are made of!

beepboop (May 14, 2020 at 8:52)
The filming was wicked good on this one, those drone shots were smoother than a roadies legs!

superxavi (May 14, 2020 at 10:39) (Below Threshold)
Nate Hills and his buddies made a secret loam track where I live (Flagstaff AZ) this week and I'd really like to find it.

gabetrahan (May 14, 2020 at 10:32)
@andrewfif: I heard it was actually in SoCal, the rumors of it being in Bellingham have all been fake, best for everyone to head down south.

moroj82 (May 14, 2020 at 11:19)
@andrewfif: Transition is very sneaking with combining clips filmed in other states and countries----see the new scout video for reference. this was likely filmed in canada before the pandemic.

dglass (May 14, 2020 at 10:52)
Yeah but when this trail sees 100 riders/week it does not stay like this for very long. High traffic trails are buffed out and armored so they can sustain the use. If high traffic trails were built like this i'd argue you'd be leaving a larger footprint because it would get all rutted then drainage issues would arise then get worse and worse.

Trails in condition like this are rare so you have to ride them while you can and know they don't last.

speedwa (May 14, 2020 at 13:23)
@MOLDTRUTH: Until they see 100's of tires, then they all turn into something else! Then a new crop of loamies sprout. Plant a trail, it eventually grows into either a track or rut!

SintraFreeride (May 14, 2020 at 13:53)
@dglass: They would only get destroyed if no one takes care of the trail after those 100riders per week traffic.

noodlewitnosteeze (May 14, 2020 at 14:59)
@dglass: There's a trail here an hour from Salt Lake that was much like how this looked when my buddies and I were first invited to ride and help dig on it. As soon as it became a public trail it became an unridable washboard, the people who built it grew so frustrated with the NFS for making it public they decided they weren't going to work on it, now we're working on some other projects a ways down the same road from that public access trail. It's all a game of "those who know".

as for controlling your user group......Galby is a super popular spot. If you build it they will come....and if you dont want that, then maybe its not buried deep enough!

@MOLDTRUTH: I'm aware. Was born in the ham. Have ridden plenty of stuff out there.

yinyang (May 14, 2020 at 9:36)
I'd assume they used some cable cams for a few of those shots. If not, high potential, but you'd be surprised what you can do with a modern drone.

RobertGrainier (May 14, 2020 at 12:14)
pretty sure I've never seen that much dirt in one edit before, all other things being equal, show me more dirt per minute of footage, I don't believe you'll find it

andersnormal (May 14, 2020 at 13:43)
Played the sound from the video for my daughter and she said it sounded scary and creepy. I told it was the greatest sound in the world. Then she saw the video and she laughed.

chocolate-thunder (May 15, 2020 at 10:51)
I wouldn't say silent hubs as much as maybe something with more engagement so that it didn't clang so loudly when it actually engaged. I have only ever heard that sound when running slow-to-engage hubs. It was weirdly distracting from all the other awesome sounds in this otherwise impeccable and inspiring video.

BhamToursOnline (May 14, 2020 at 14:14)
I'm not sure about that. Not that I've been there, but I've been down Happy Hour a couple times recently and this is not anywhere near there.

NWBasser (May 15, 2020 at 10:48)
@BhamToursOnline: Yeah, the shots of Baker and Hat Island lead me to believe that it's not Galby. Those views don't match well for Galbraith. Maybe Blanchard Mt.

NWBasser (May 16, 2020 at 7:57)
Not Galby. I used Google Earth and lined up Hat Island and Mt. Erie in the photo, saw the north side of Blanchard Mt. and the south side of Chuckanut Mt. in the foreground to plot the location on the ridge on the north side of Lake Samish. Up near Pine and Cedar Lakes.

rpdale (May 16, 2020 at 10:05)
@NWBasser: Nice work. How about just enjoying it if you found it and keep the interweb recon tips to yourself next time.

dirtbagluvin (May 14, 2020 at 7:49)
It would probably make a lot of sense to include that this is on Galbraith mountain. The views are great thanks to recent logging. You can go check out transitions new jump line that they're going to open up to the public.......any day now........

And the jump line is still in progress of being dialed in, but we will hopefully open it once we are all allowed to shred in groups again. We can't wait!