It may have been just a month since our last update, but there has been a ton of progress as construction continues at full speed. As the dirt jumps were getting finalized, Velosolutions Canada and a swarm of volunteers began construction on one of the most unique pumptracks they've ever made. 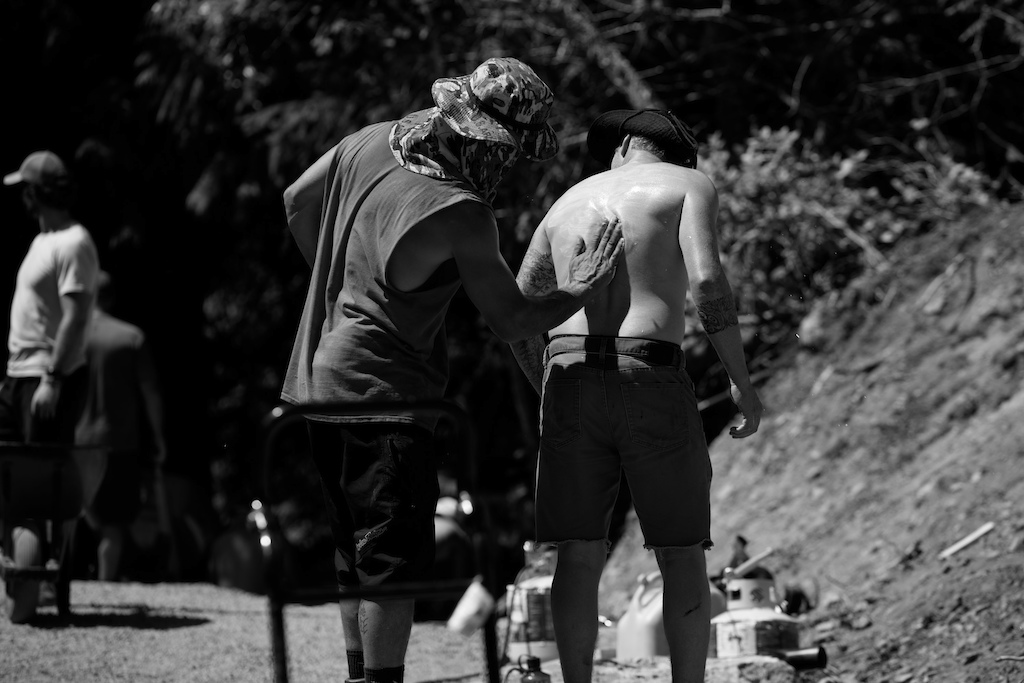 Hottest day of the year in Victoria, perfect for laying asphalt ! 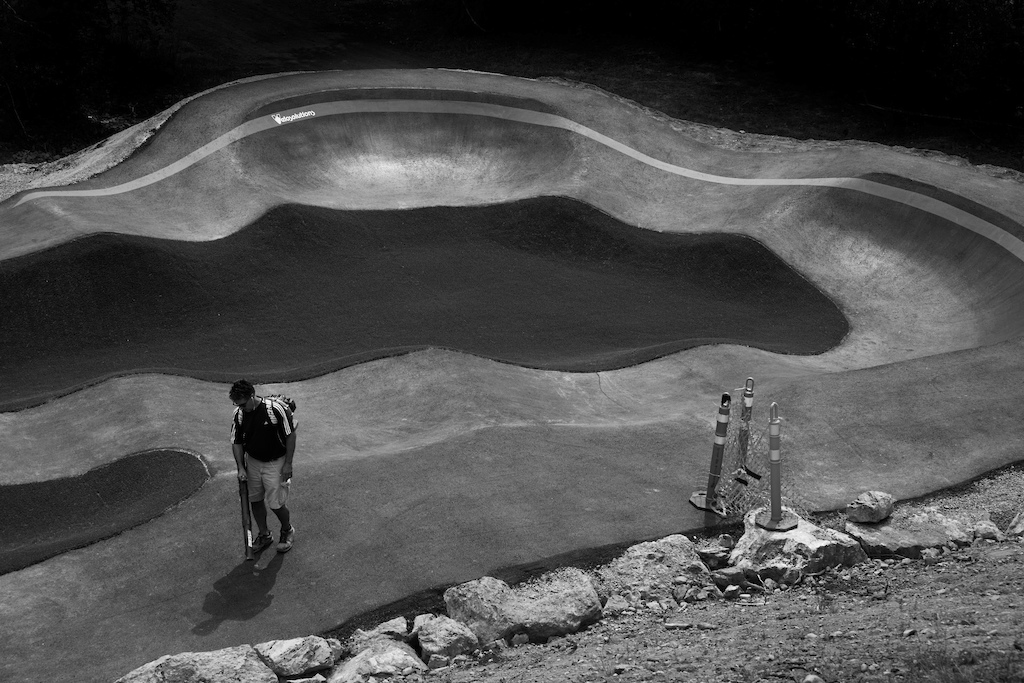 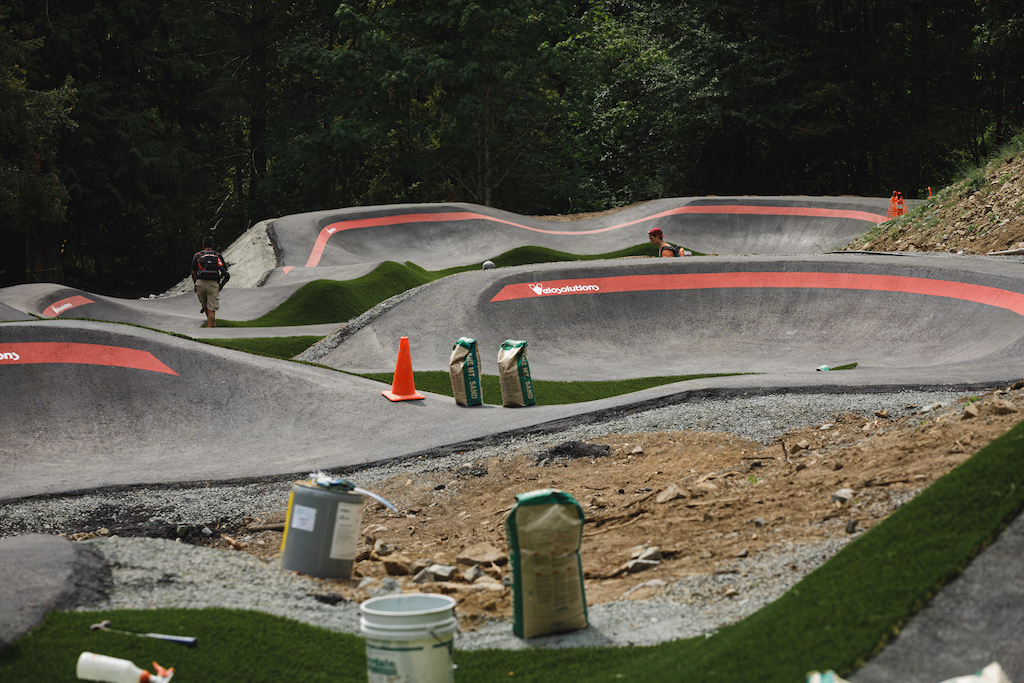 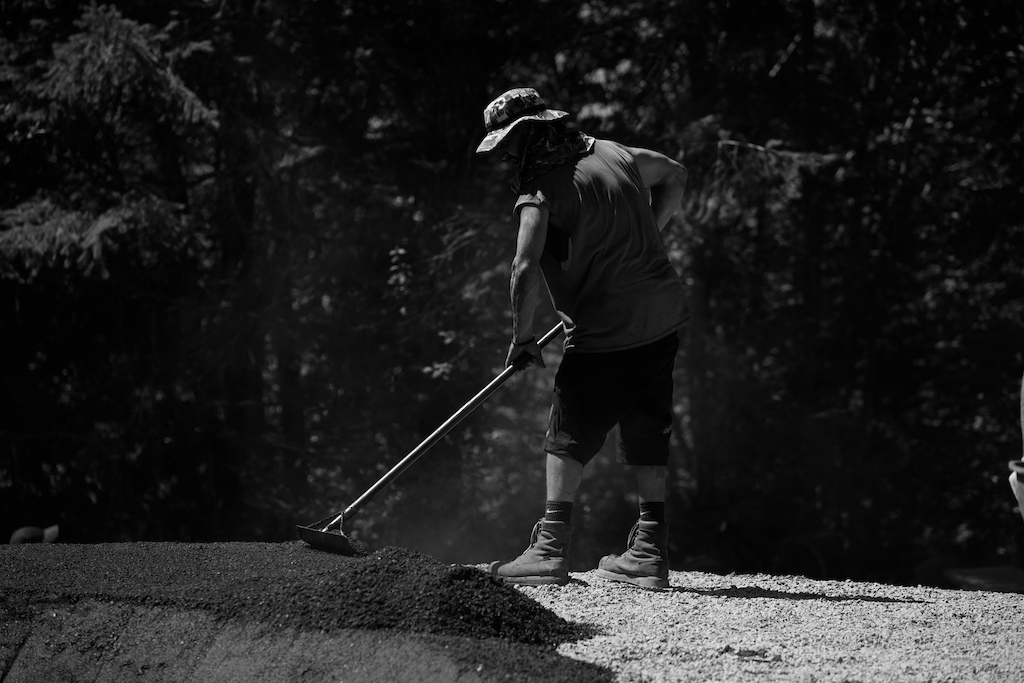 The volunteers and Velosolutions team have worked tirelessly for the last few weeks. 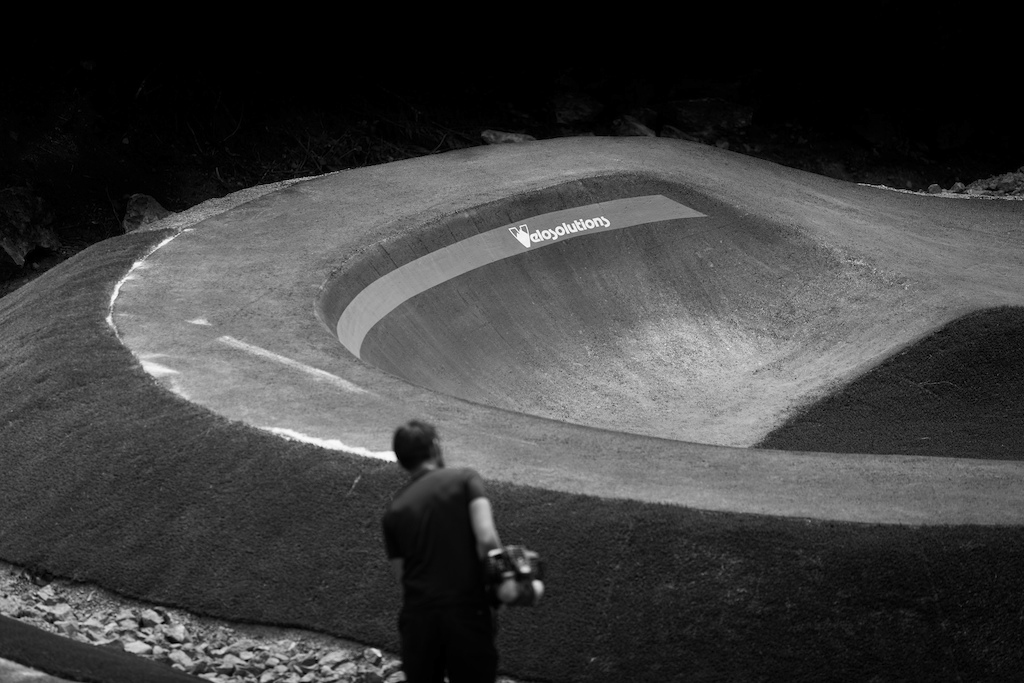 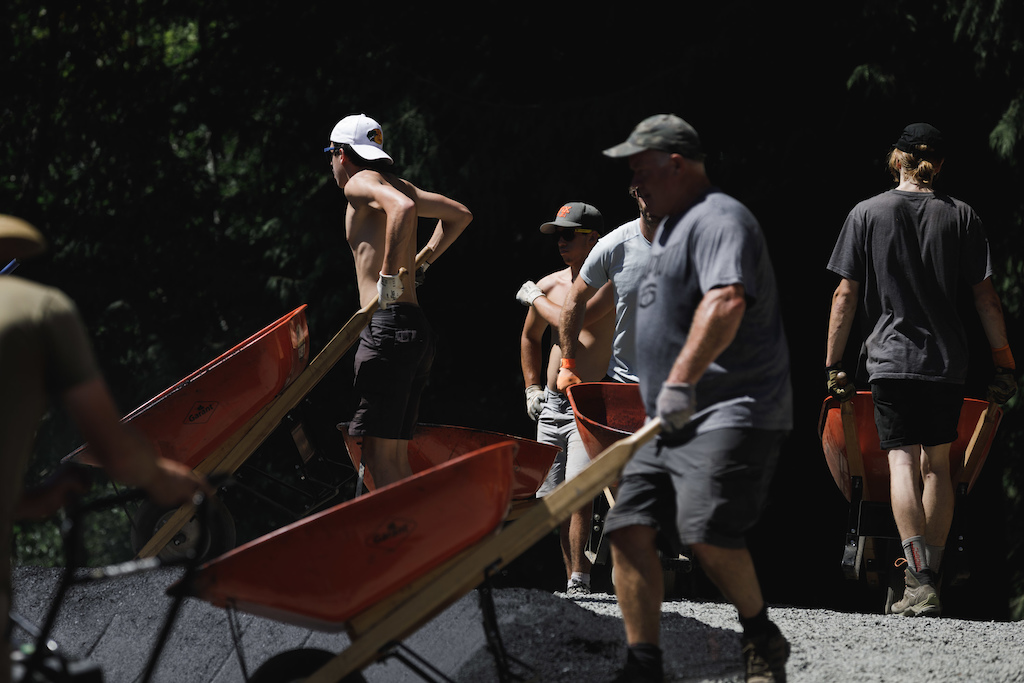 Volunteers played a huge role in how fast the pumptrack was built. The team at Velosolutions said it was the most volunteers they've ever had. Massive thanks to everyone that took a turn in the sweltering heat and steaming asphalt to bring the track to life! 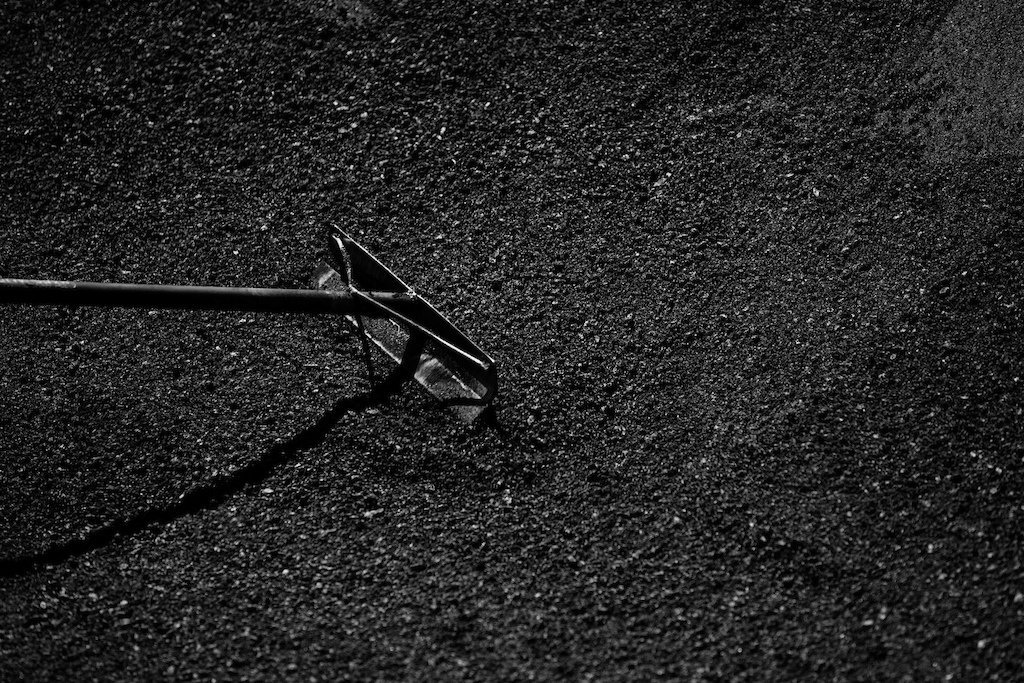 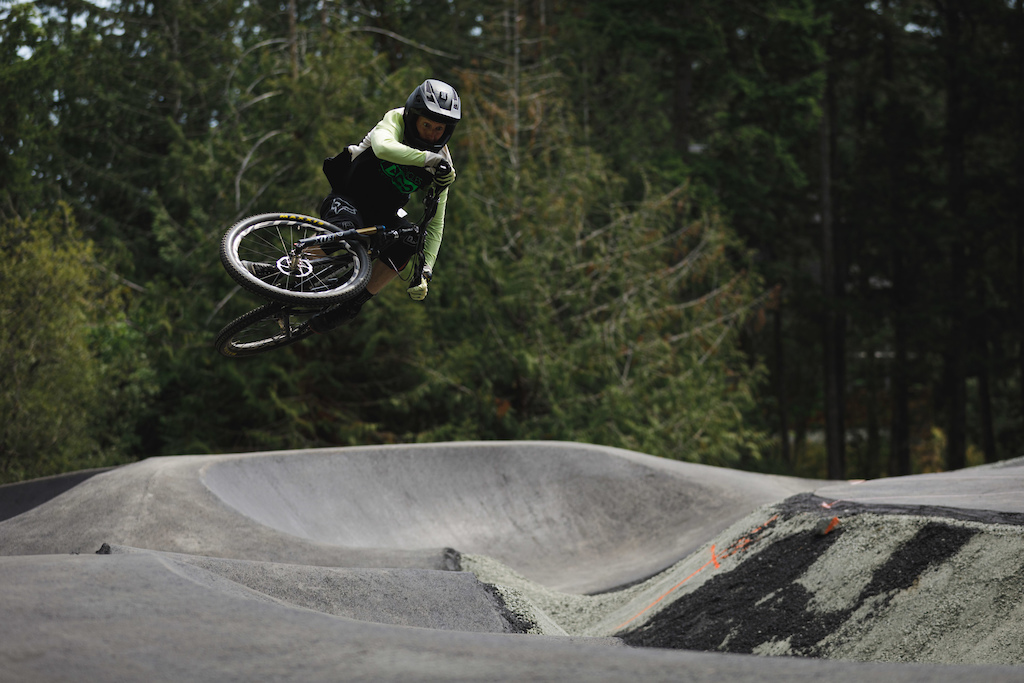 The perfect man for the job - Dean Tennant works for the City of Langford as an engineer but also knows a thing or two about bike riding (just search his name in the Pinkbike video section). Based on the photo we can assume the pumptrack is Dean approved. 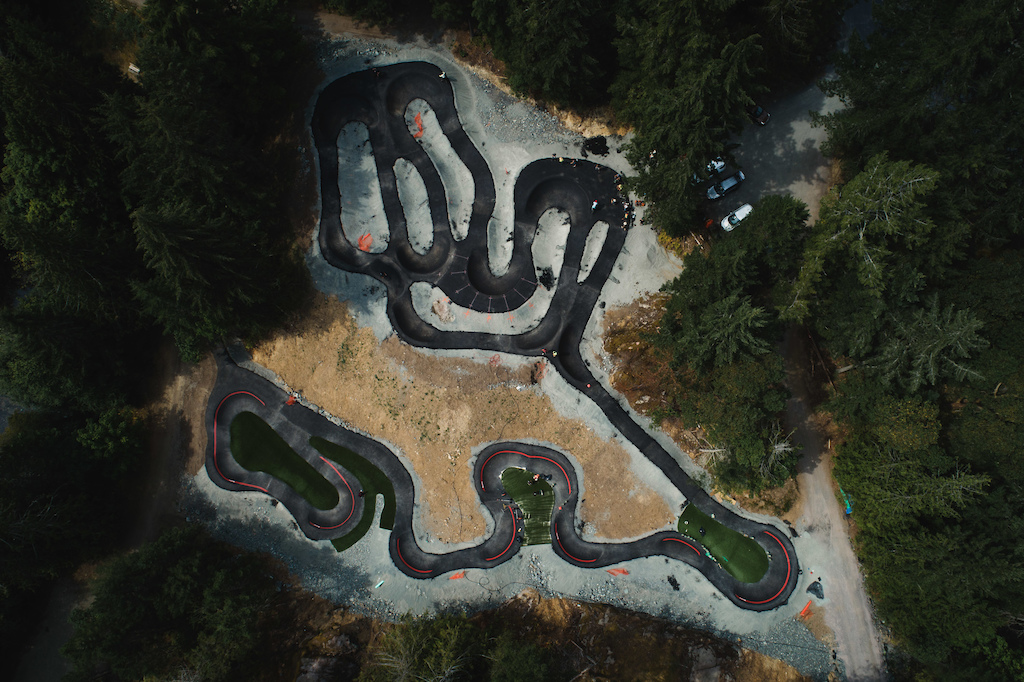 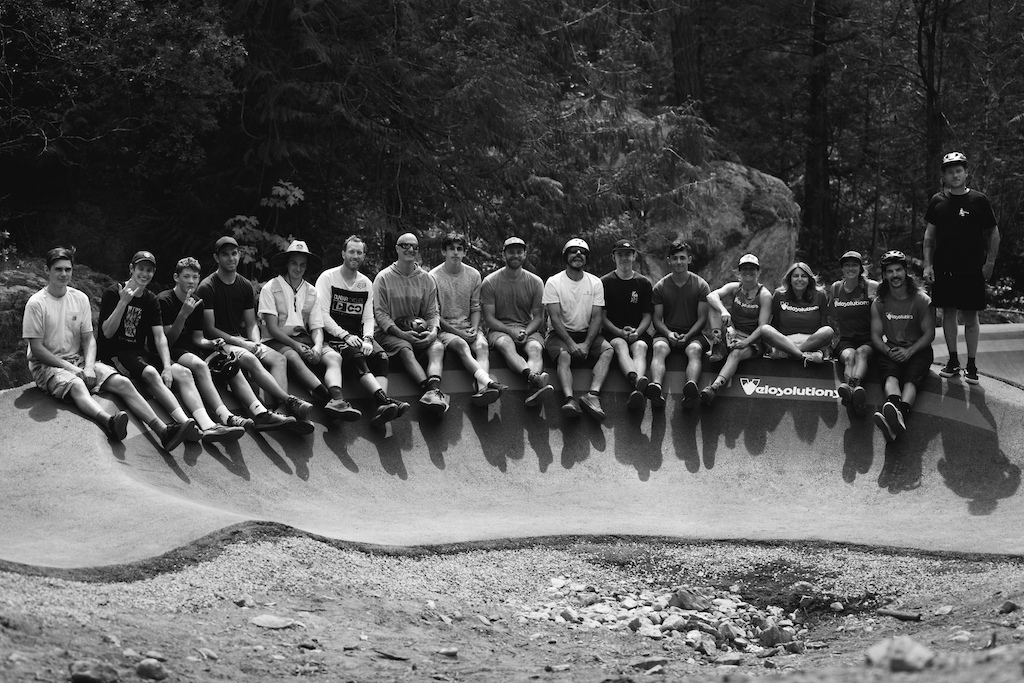 The Velosolutions team, City of Langford staff, and a few hardcore volunteers (not all volunteers pictured). Thanks for building the sickest pumptrack we've ever seen!

Progress update #2 coming at you next week! Here's a sneak peak 🤫 Photo: @maxmccullochvisuals

When's the park opening? Anticipated completion of the Jordie Lunn Bike Park is Fall 2020, so stay tuned by following us on social media and checking our website. More updates to come as we move through the remaining construction phases!

joshleb (Aug 17, 2020 at 3:18)
Loads of pump tracks popping up all the place to be honest! Councils appear to have embraced them

nordland071285 (Aug 17, 2020 at 9:19)
@joshleb: they are great! I can't really ride them well tbh, but the fact that they are rollable by anyone gets people of all ages and abilities and bikes together.
Much more so than a skate park or dirtjumps which are less inclusive

dwmetalfab (Aug 17, 2020 at 6:25)
These velosolutions pump tracks are great. Be prepared to be over run by kids on scooters though..

islandforlife (Aug 17, 2020 at 9:07)
We have another one a couple hours up the island in Nanaimo at the Stevie Smith park... I've actually never seen a scooter in all the times I've been there. I think maybe because we have quite a few skate-parks that keep the scooter kids happy? But also these pumps tracks are in a fully surrounded by a full-on dirt bike park, which tends to keep scooter kids away as well.

gnarnaimo (Aug 17, 2020 at 9:19)
@islandforlife: I'm there weekly and theres almost always scooter kids there as well as skateboarders. For the most part they stay out of the way and take turns. If it gets too busy just hit up the skills park or dirt jumps.

OlSkoolJake (Aug 17, 2020 at 17:37)
Where this park is located gonna be a trek for any scooter kids to get unless they are from the immediate neighborhood. Also in this city there doesnt seem to be a super animosity between bike, skate, scoot crowds. Let them come and enjoy. Pumptracking on a scooter or skate is actually hella fun.

Sshredder (Aug 17, 2020 at 10:54)
Pump tracks are awesome for all ages. Yes you need to wait your turn ( pun intended) for the scooter kids , the push bikes. It's a community track . Educate the parents on how to keep kids safe. Be patient. As soon I start ripping most people make space.
I tolerate skate boards . Nothing stopping me from throwing down in a skate park.
Any bike will get you going. Pump tracks rock!

bcpblurker (Aug 17, 2020 at 16:29)
Good attitude bud. Sharing sometime sucks.... but its it so rad to see push bike kids like 2/3 years old just bombing down the pump track, and hell a skateboard would be a blast on a pump track!