Jure Žabjek of Unior/Devinci Factory Racing is the winner in men’s UCI category of Unior Downhill Cup opening race on the island of Lošinj in Croatia. With storm forecast for Sunday, the race on the modified World Cup track was held on Saturday.

Compared to the 2018 World Cup opening race, the track was shorter this time since the final urban part was left out to make the event logistics easier. The hard working organization crew of AK Lošinj and MTB Trbovlje added two new sections mid-track. Žabjek won with the time of 1 minute and 52.426 seconds and the top three men made it to the finish in under two minutes compared to Aaron Gwin’s winning time of 2:19,19 from just over a year ago. 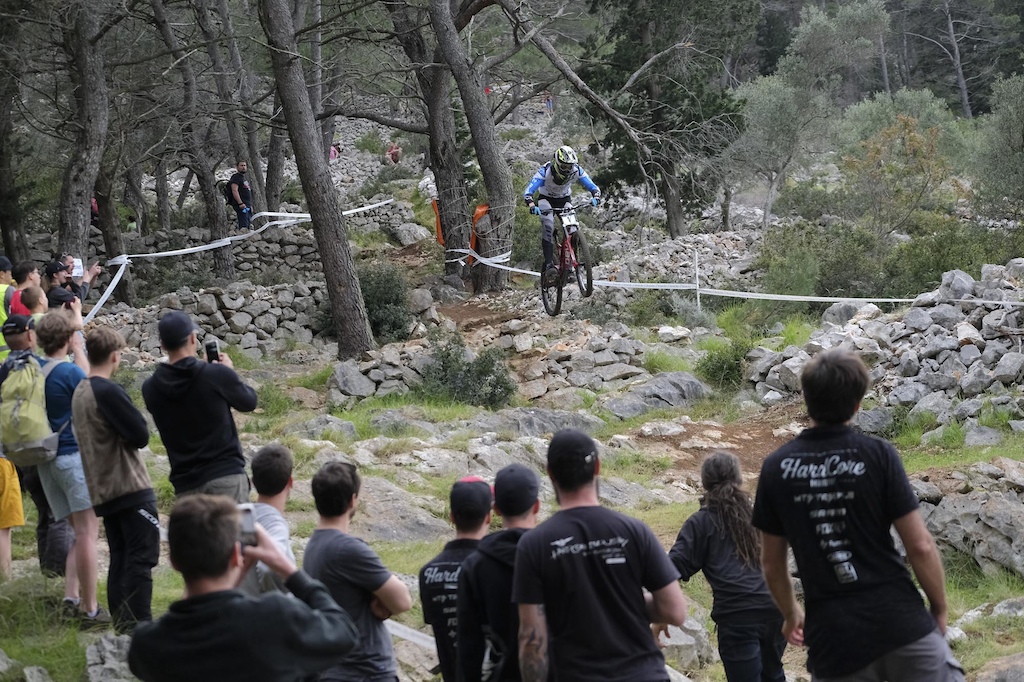 Žabjek was fastest in both the early afternoon seeding run and late afternoon finals run where the Slovenian gained over two seconds compared to his earlier run to win with a gap of more than 7 seconds over second placed German Felix Bauer. French Romain Payet (ACPR) finished third just a tenth of a second behind Bauer. 2017 iXS European DH Cup Junior overall champion Rudi Pintar of Slovenia (Sinter Brakes Team) in 4th and French rider Anthony Chirossel (LachtouTeam Race) in 5th place round out the five-man podium. 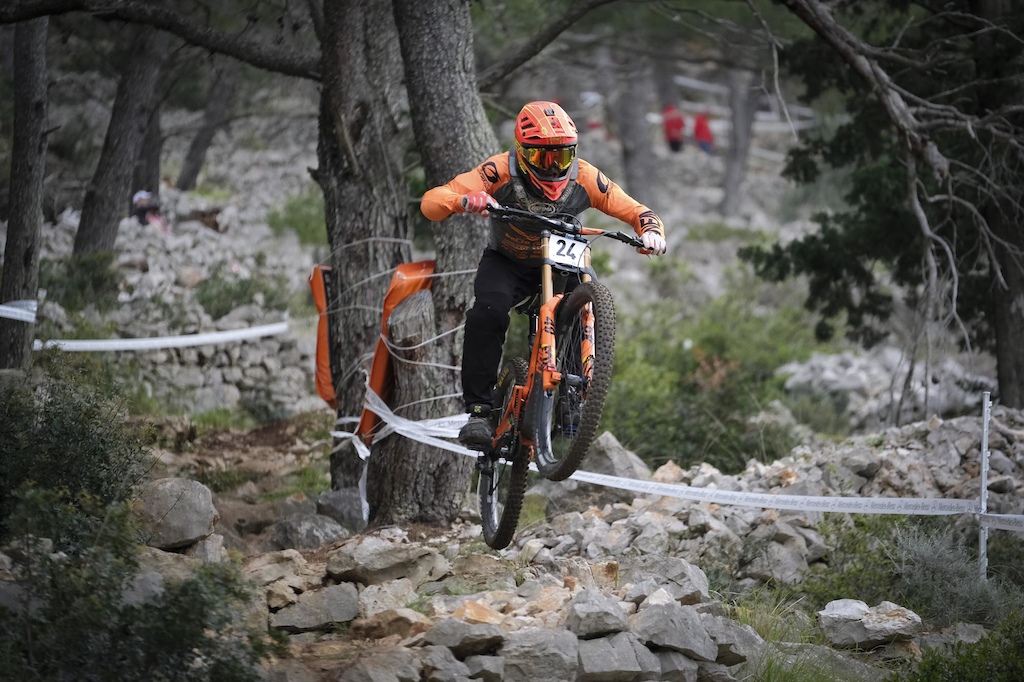 Australia’s World Cup podium finisher from 18 years ago Sean McCarroll (Rotorua MTB Club) finished 6th as part of his Euro trip and European Championships silver medallist from a week ago in Portugal Žak Gomilšček of Slovenia (Sinter Brakes Team) was the faster junior in 8th place.

This was also the Croatian National Championships race where the first-year elite rider Noa Radolović (BK TNT Pazin) in 7th place edged out his teammate and defending champion Ivan Bašić by just .8 of a second to take the title. 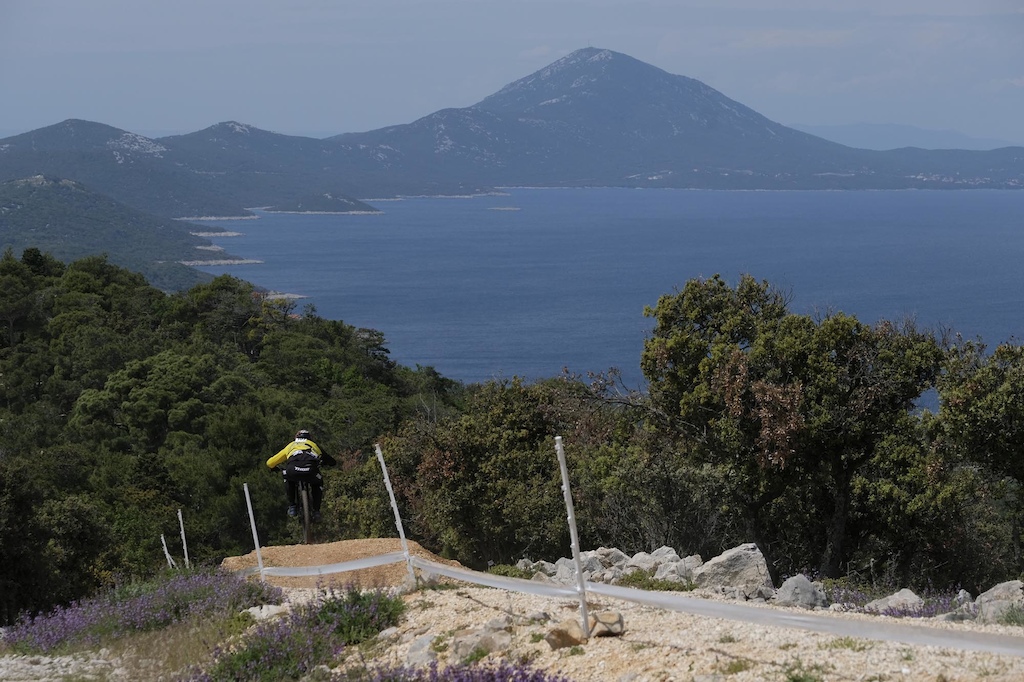 Slovenian junior Naja Stipanič (Blackthorn) was the only female in attendance in a small field of riders from nine countries and three continents who took the trip to the island for the UCI Class 1 event after three consecutive weekends of international racing in Slovenia. 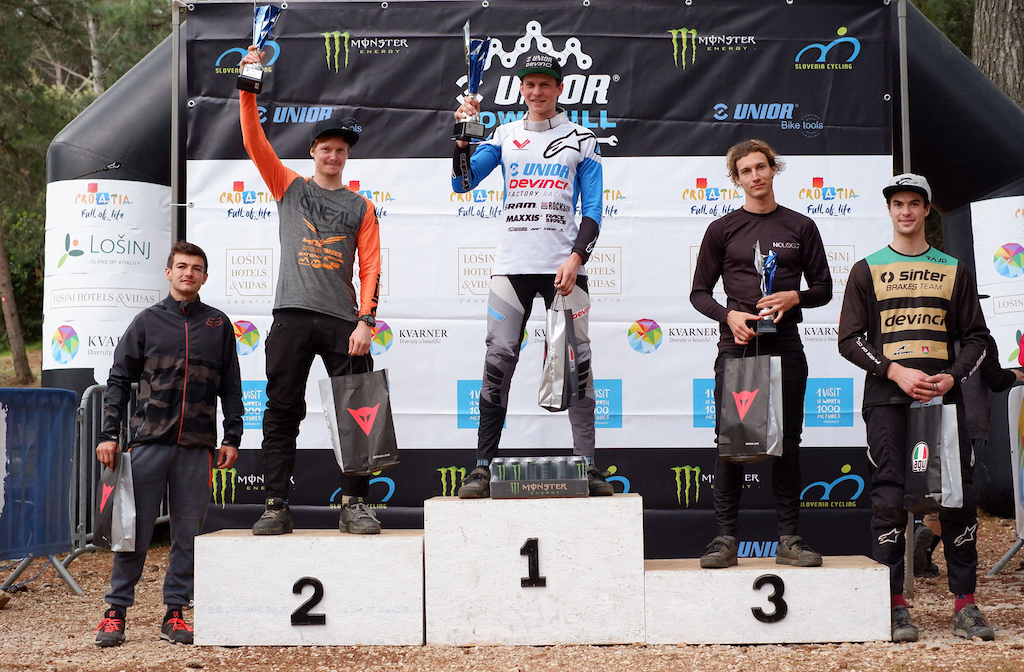 “There is no doubt, this track is still very demanding even if it’s really short,” explained Jure Žabjek. “It’s a rock garden from start to finish so you really need to have a clean run to do well. Sure, I made some mistakes, some big ones in my final run too, but it would be really hard not to. It’s a good result, I’m happy with my riding this season so far, it looks like it’s going to be a fast one for me.”

So, racing continues already next weekend on another World Cup track, the one in Maribor, Slovenia which hosted the opening race of the 2019 Mercedes-Benz UCI Mountain Bike World Cup just two weeks ago.