Video: Kathi Kuypers on Taking Part in an FMB World Tour Slopestyle Contest Alongside the Guys


Did you ever wonder how girls get along at FMB World Tour competitions? There only a few girls out there who enjoy riding dirt jumps and even fewer who compete. I am Trek Gravity Girl Kathi Kuypers and I simply love dirt jumps. I have competed in the FMB World Tour for 4 years now. In May, I decided to take a filmer to Bikedays Solothurn in Switzerland to show what happens behind the scenes and how I cope with the pressure of riding such big obstacles next to the biggest names in the business. My nickname is Senderella and this is my story. 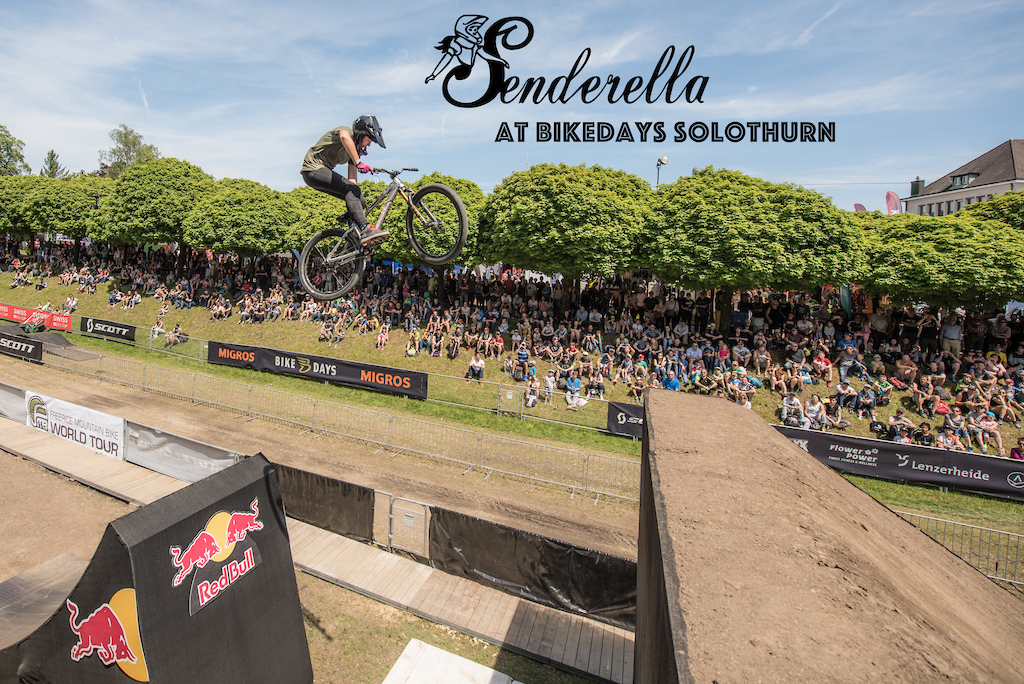 
Being a girl in slopestyle seems to be like being a unicorn. Despite growing numbers, there are very few girls in the world competing at Dirt jump and Slopestyle competitions. In North America, Stephanie Nychka recently established a Women's Slopestyle Tour with stops in California, Seattle and Kelowna. I cannot wait to see some more girls on dirt jumps out there. But first I want to tell you my story! 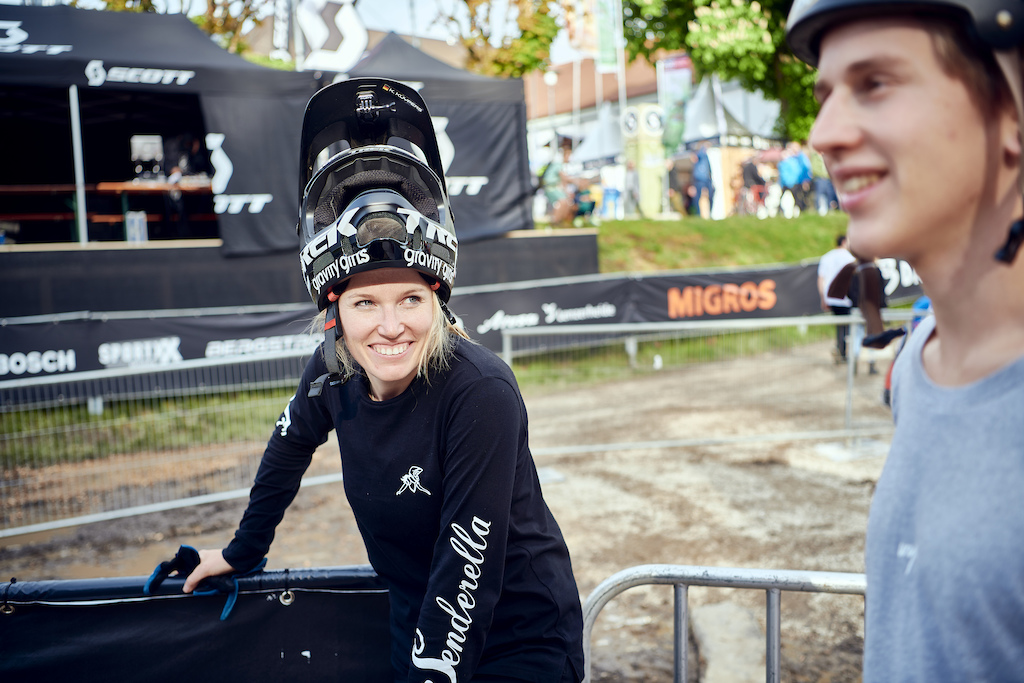 I competed at some European FMB World Tour stops in the last 4 years, my favourite of which is Bikedays Solothurn in Switzerland. It has been my 4th time taking part in the contest alongside the men. This year I wanted to show everyone out there that it is no witchcraft to jump such big contest lines with a little hardtail. That's why I have brought a filmer with me to have a closer look behind the scenes of a girl competing next to some of the biggest guys in the business. Watch this:

I competed at some European FMB World Tour stops and my most favorite contest is Bikedays Solothurn in Switzerland. It has been my 4th time taking part in the contest alongside the men. This year I wanted to show everyone out there that it is no witchcraft to jump such big contest lines with a little dirtjump bike. And that's why I have brought a filmer with me to have a closer look behind the scenes of a girl competing next to some of the biggest guys in the business.

There is no big pressure for me to throw banger tricks to get on the podium. I just simply love riding big jumps and challenging myself. I'd definitely say I'm very calculated in what I am doing. Before dropping in I watch the guys and check how much speed they need before asking them how much they push and how mellow or kicky the jumps are. After collecting all the information, it helps to talk to people who know my riding style and listen to their advice. I only drop in when I know I can do it. There is always a queasy feeling in my stomach, but I have to distinguish if it is anxiety or respect. I definitely need a healthy dose of respect to be 100% focused on the jumps. When I'm scared or when it is windy I don't drop in. I also know that the guys from the Flying Metal Crew, who also build Swatch Rocket Air and many other trails in Switzerland, are excellent trail builders whose abilities I can trust. 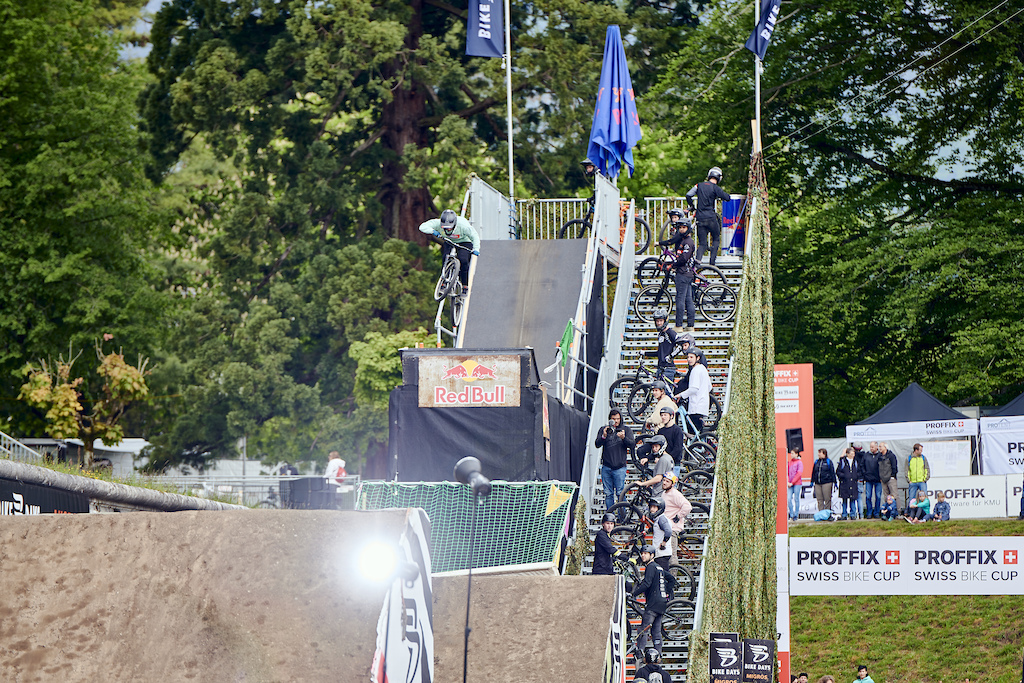 When you drop in and everybody is watching you.... 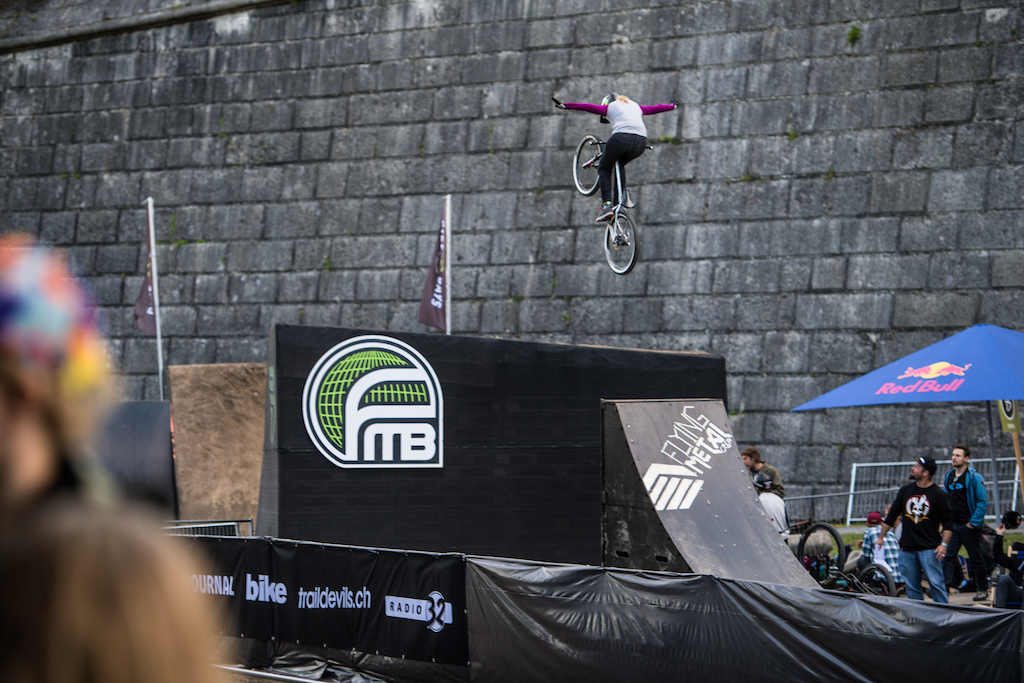 Kathi with a Tuck No Hander
Once I'm on the start tower I'm always talking to myself: "Kathi, you can do that!" and that gives me enough confidence to drop in. As you can imagine, the first try is obviously the scariest one. But as soon as I get over the first few tries it's just pure fun and excitement. I only do tricks when I feel 100% comfortable on the jumps. If my gut feeling doesn't want me to take my hands off the handlebar, I just don't do it. The only reason I take part in the FMB World Tour is to ride some of the best dirt jump courses and to improve my riding. That's what makes me feel alive and makes me happy. 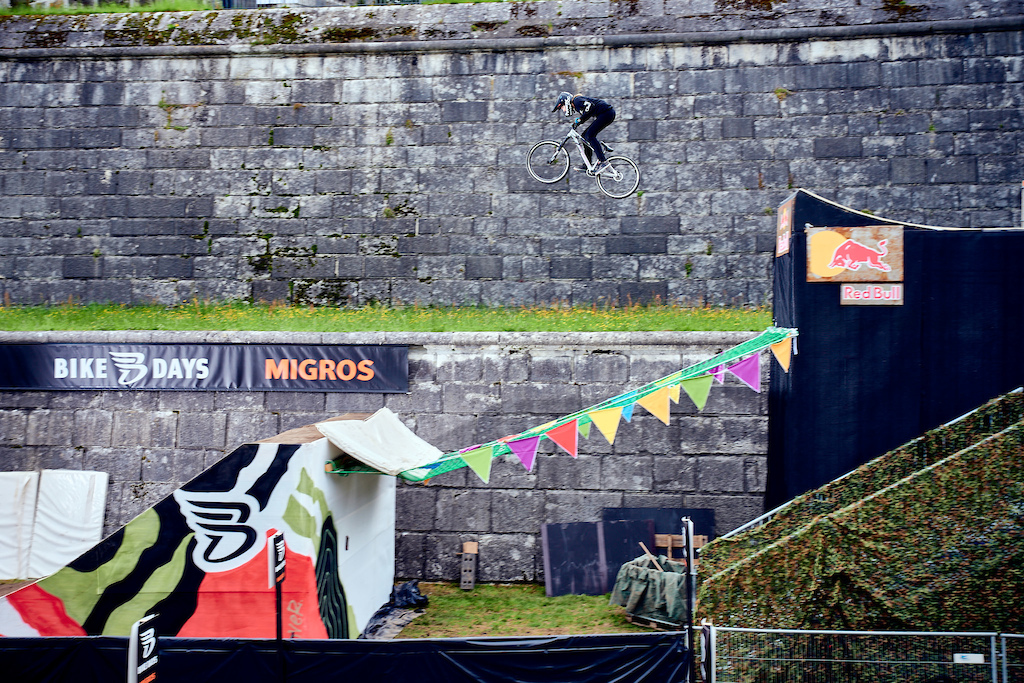 The line starts with a big Stepdown 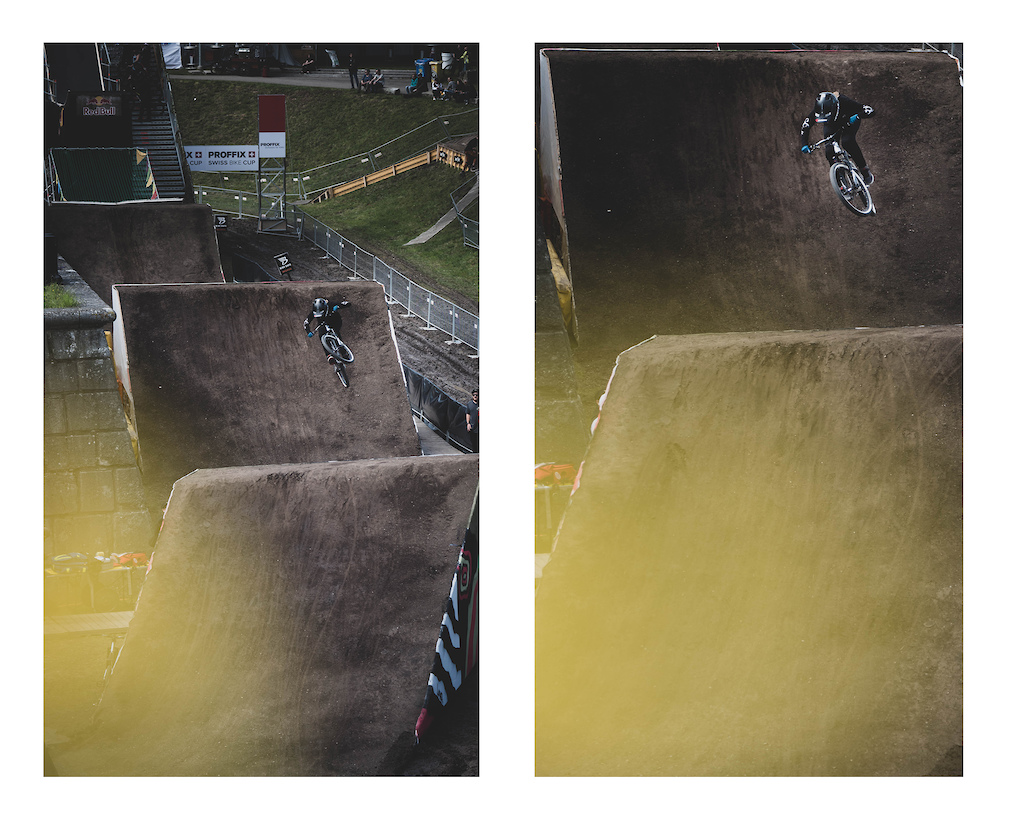 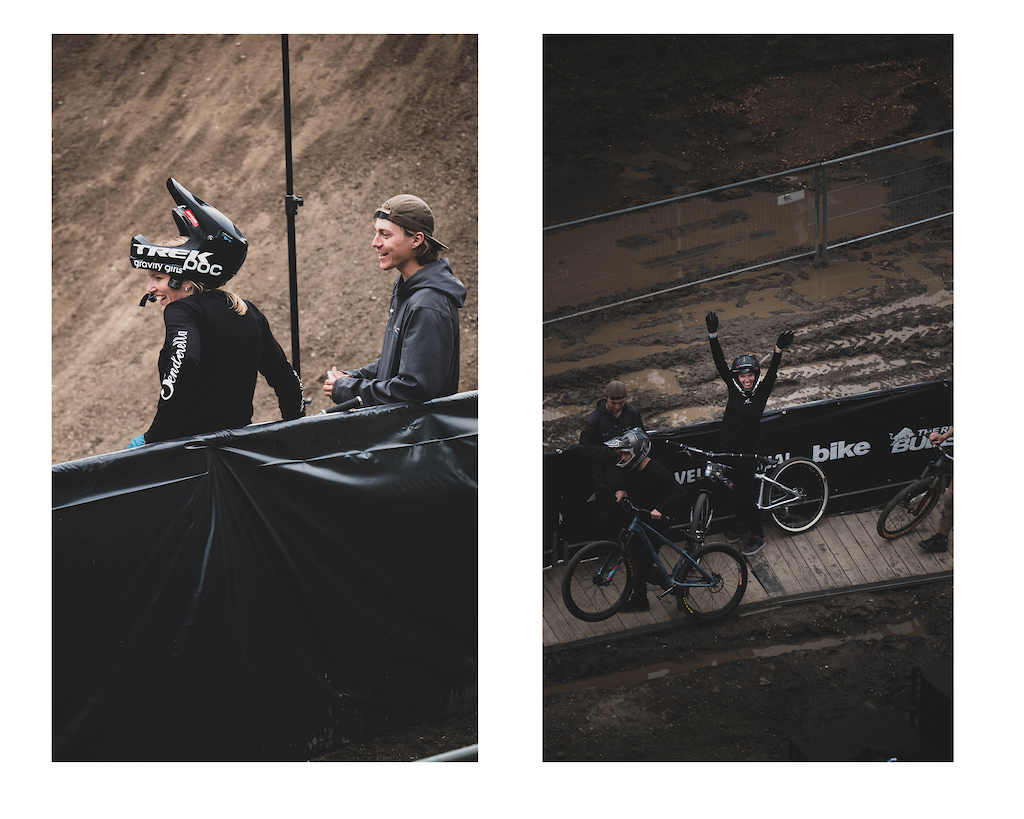 Kathi loves dirt jumps from the bottom of her heart 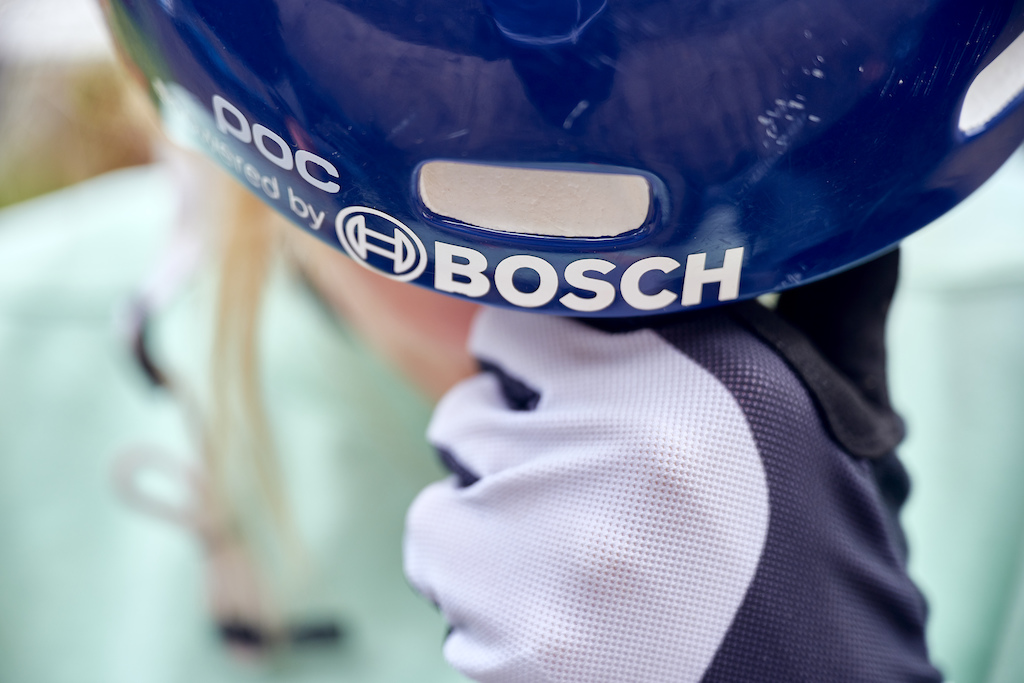 Kathi is nervous before her first try 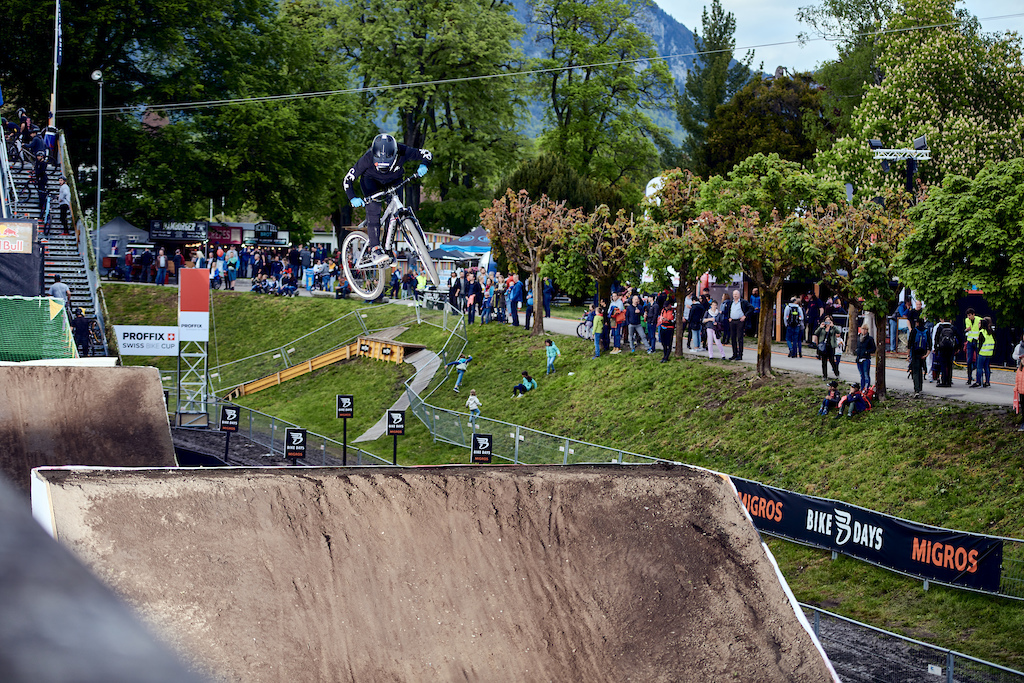 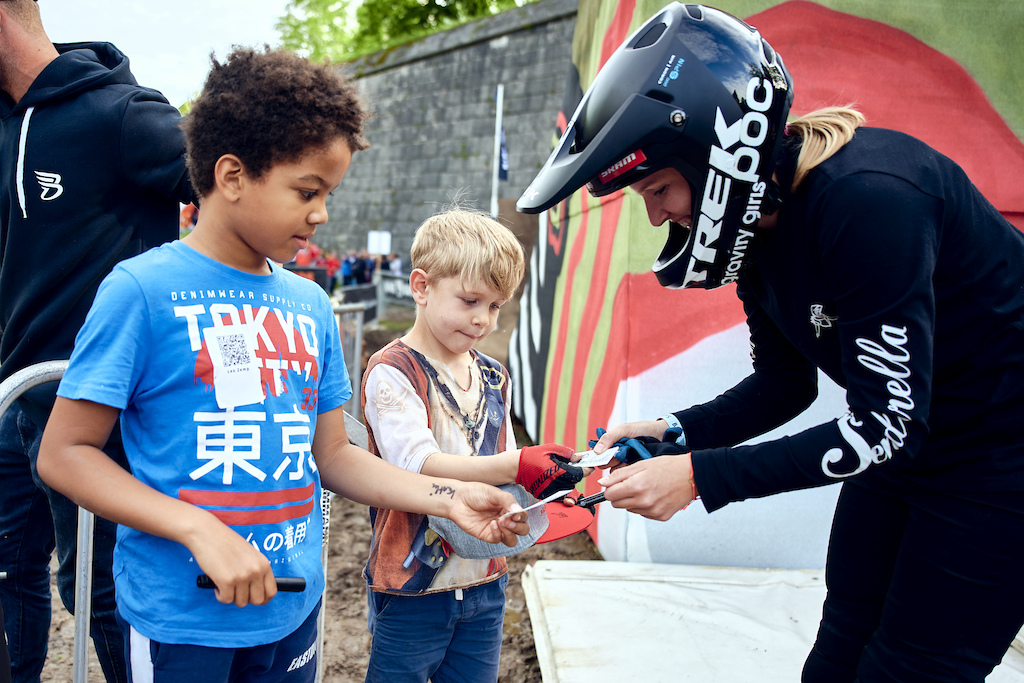 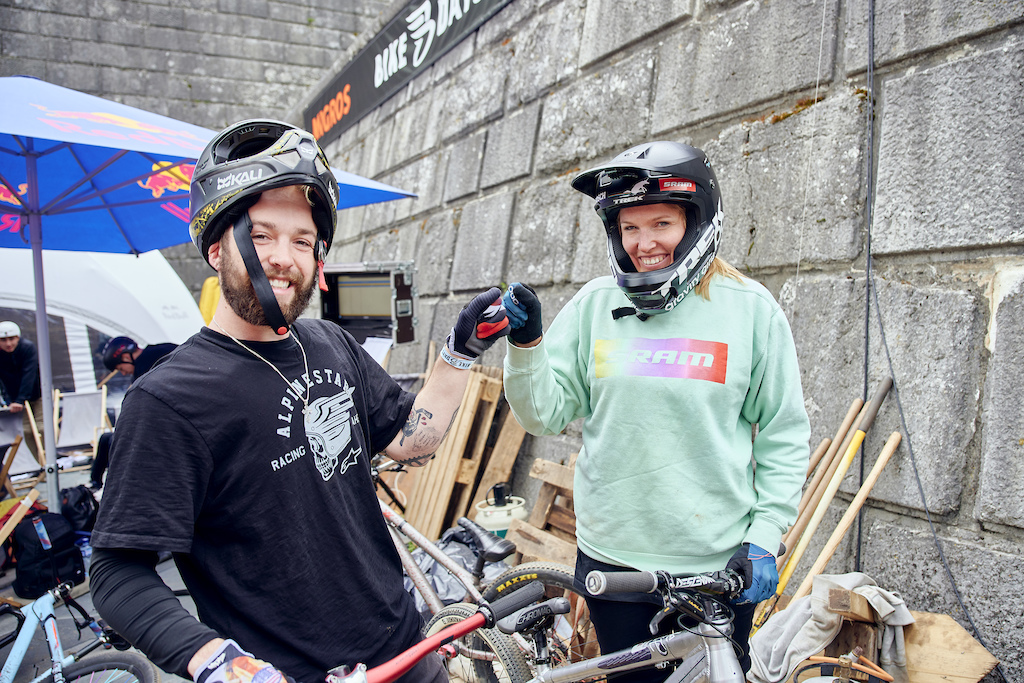 Nicholi Rogatkin is always there if Kathi needs advice, one of the nicest guys in the circuit 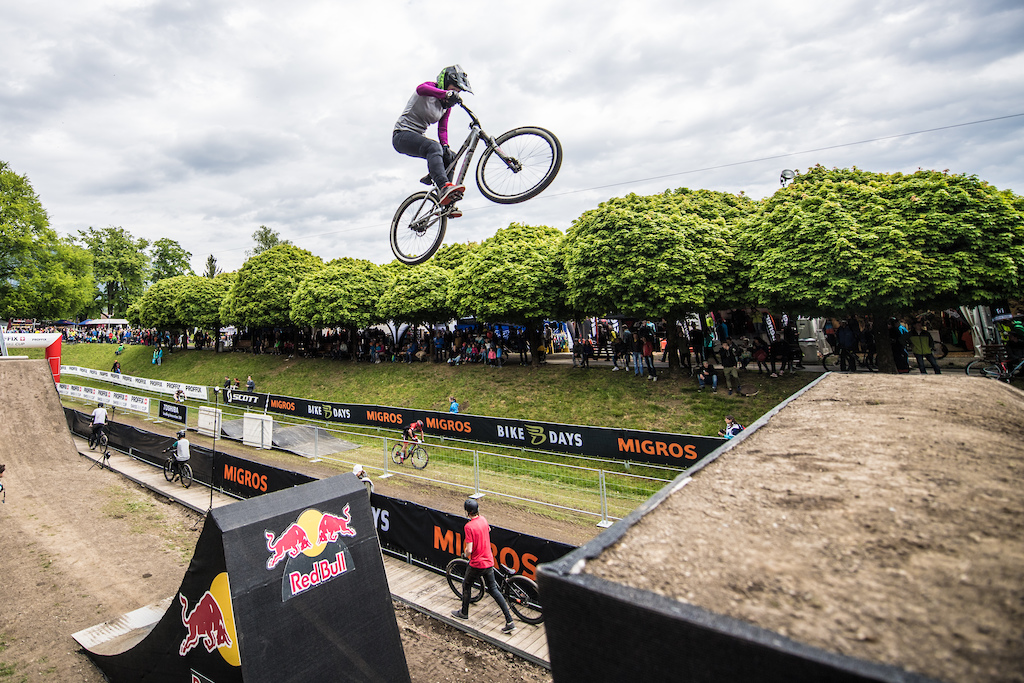 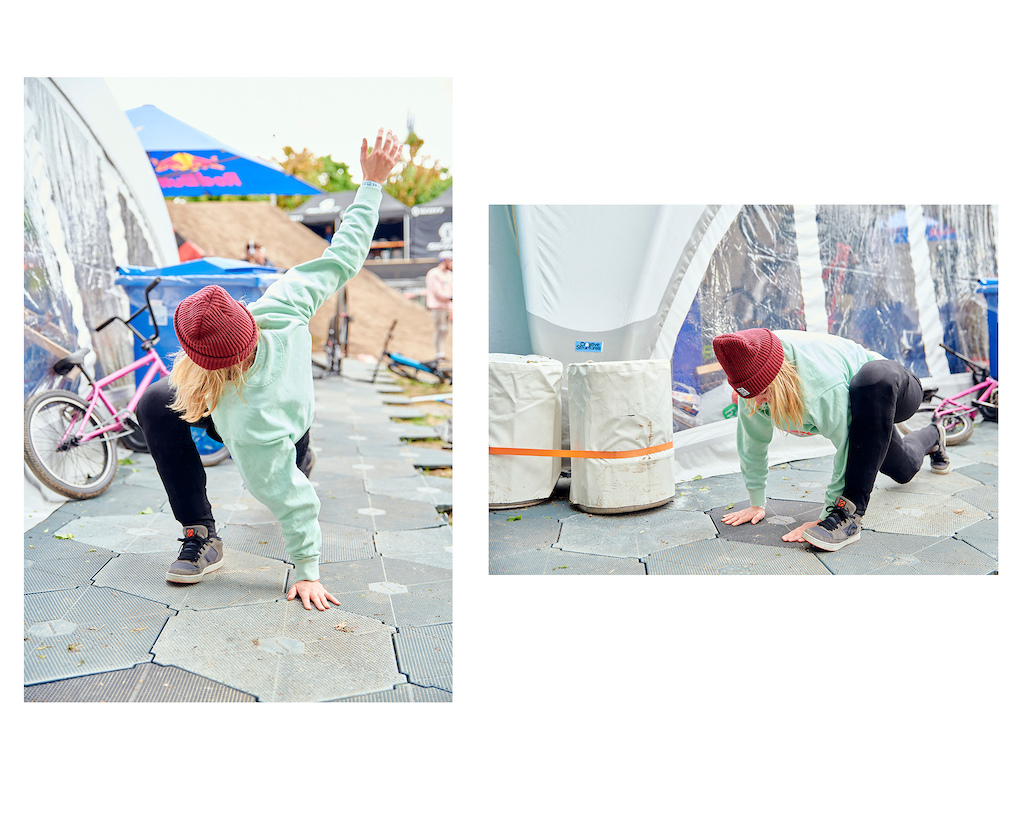 I hope you can see my enthusiasm and excitement for dirt jumps in the video and maybe I can motivate some more girls to get out of their comfort zone and try new things. Because it's not magic; all you need is just a little bit of glitter and confidence and everyone can be a Senderella! 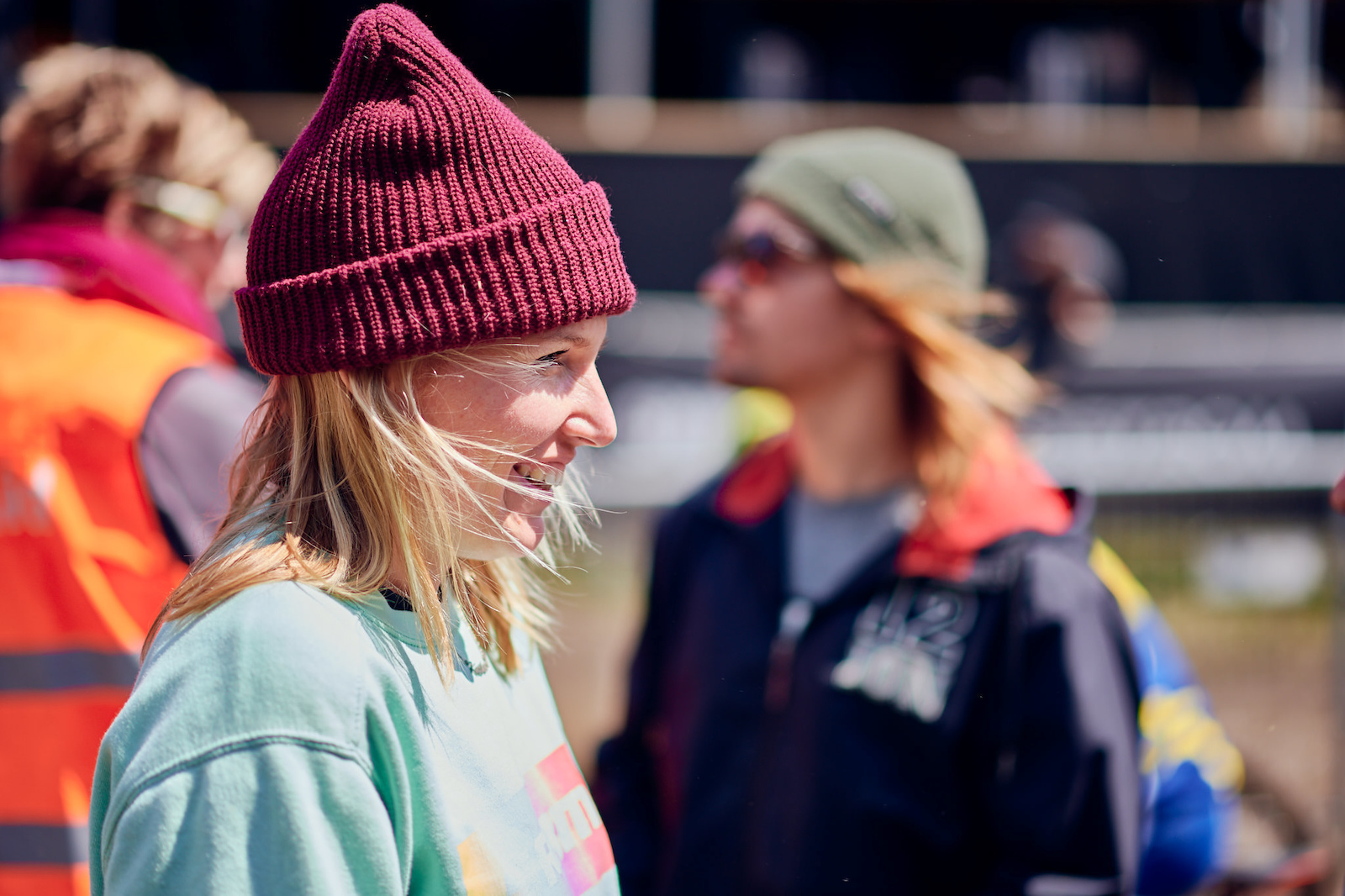 vinay (Jul 1, 2019 at 9:18)
This was inspiring. She's a pro slopestyle rider and not only expresses the doubts and nerves we have ourselves when faced with something challenging we're intrinsically motivated to do or try. But she also shows how she deals with it and how to maintain her confidence when it just doesn't work out. Really cool to see!

Jordansemailaddress (Jul 1, 2019 at 5:07)
Awesome riding Kathi! Most average humans on bikes get excited and scared about a 6 foot drop on a trail. Myself included. Those jumps must feel like you’re going to launch into space in comparison. You look super composed in the air though! Way to go!

markyp1965 (Jul 2, 2019 at 5:28)
When you read and hear all of the negative BS being spouted about the Women's World Cup football, it's so refreshing to know that the same levels of negativity towards women competing doesn't exist in mountain biking.
Full kudos to Kathi, putting herself out there and saying "Yes, I can do this..."
So many rad girls out there smashing it on their bikes and giving everyone a buzz

korev (Jul 2, 2019 at 7:09)
A question for @TGGKathi: if the Women’s Slopestyle Tour comes to Europe, would you rather compete in that or continue competing as you do now? Or both?

TGGKathi (Jul 2, 2019 at 12:51)
I try to compete overseas, too but it's a budget problem right now. I will for sure be at Crankworx Whistler and when there are more Women's Slopestyle Tour stops in Europe very soon, too then I will try to take part there :-)