Megavalanche always is a special week for the Nukeproof team. A chance to meet up and ride with the pros with a stunning alpine backdrop, no excuse needed for pastries for breakfast and the small matter of one of the wildest and most fun races going at the end of the week.

No matter how many times you race the Megavalanche it’s difficult to be 100% prepared for it. You forget just how fun yet brutal the qualifying track is, the alpine weather is unpredictable and with the number of riders the track evolves daily. Joining us straight from back to back Enduro World Series races was Team CRC-Mavic racer Kelan Grant for his 4th Megavalanche. Kelan’s always gone well at the Mega and was looking to improve on a strong 14th place in 2018. 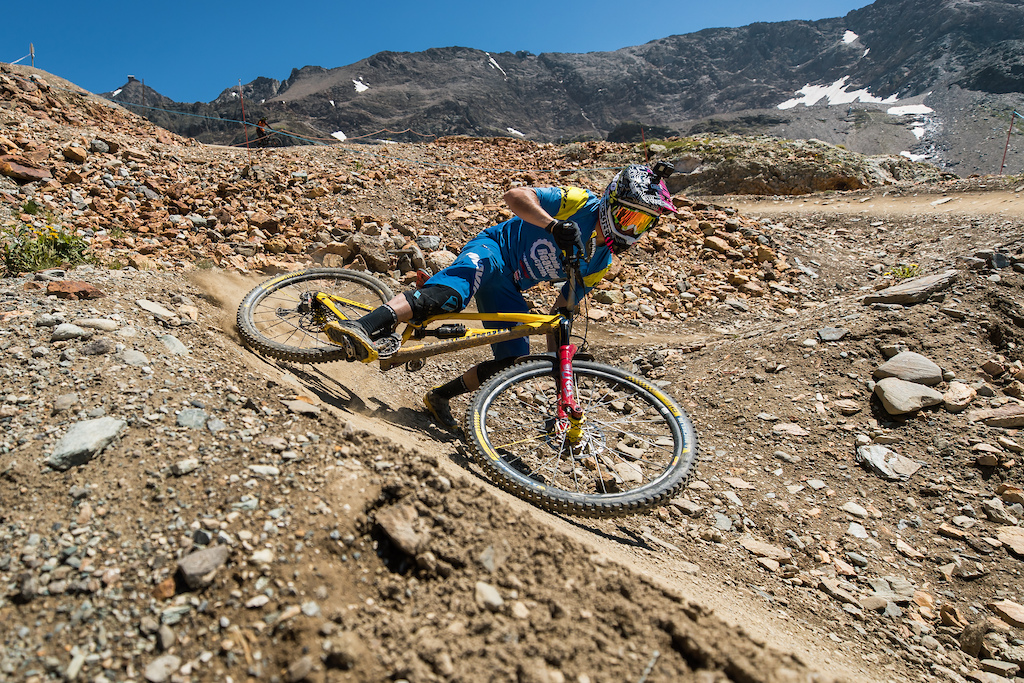 Flying in for his 3rd Megavalanche from the building sites of New Zealand was Vanzac’s Jackson Davis. 3 years ago, he had hardly seen snow and now off the back of his trips he’s a legend on the snowboard (according to him). 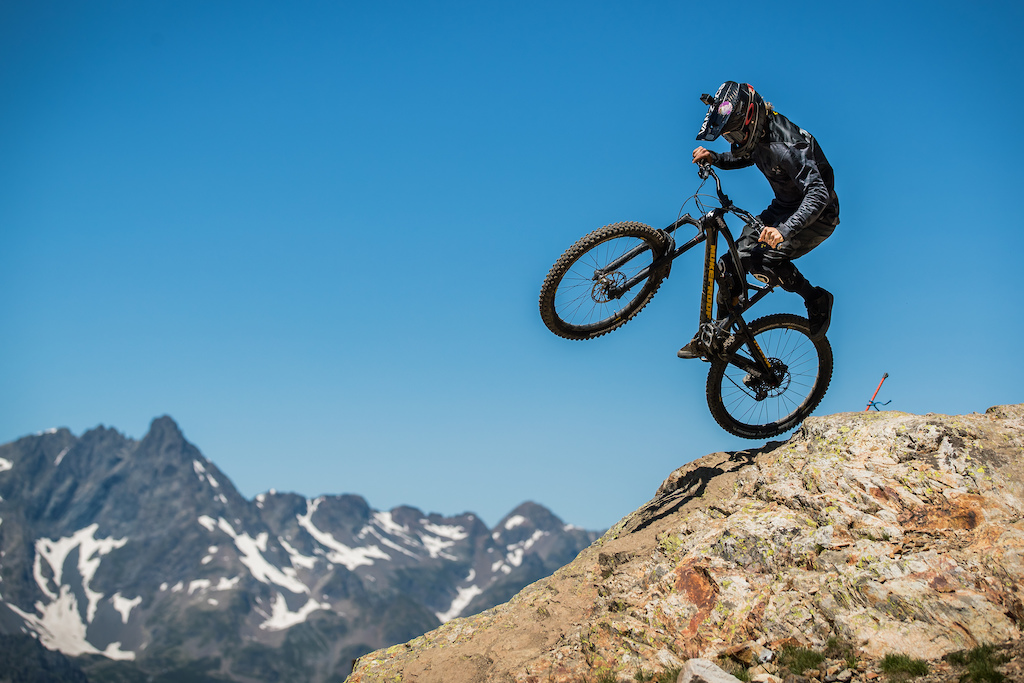 Scottish ace and chalet culinary master Chris Hutchens was in for his 2nd attempt, with British 4x champion Natasha Bradley along for her first mega (separate story on Natasha’s Mega to follow). 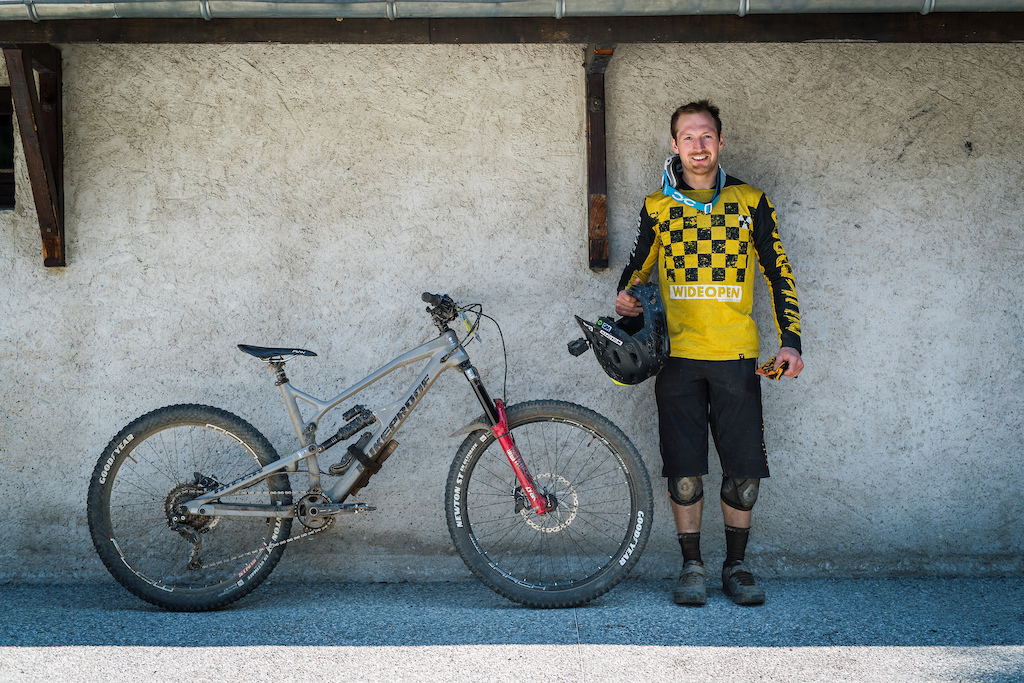 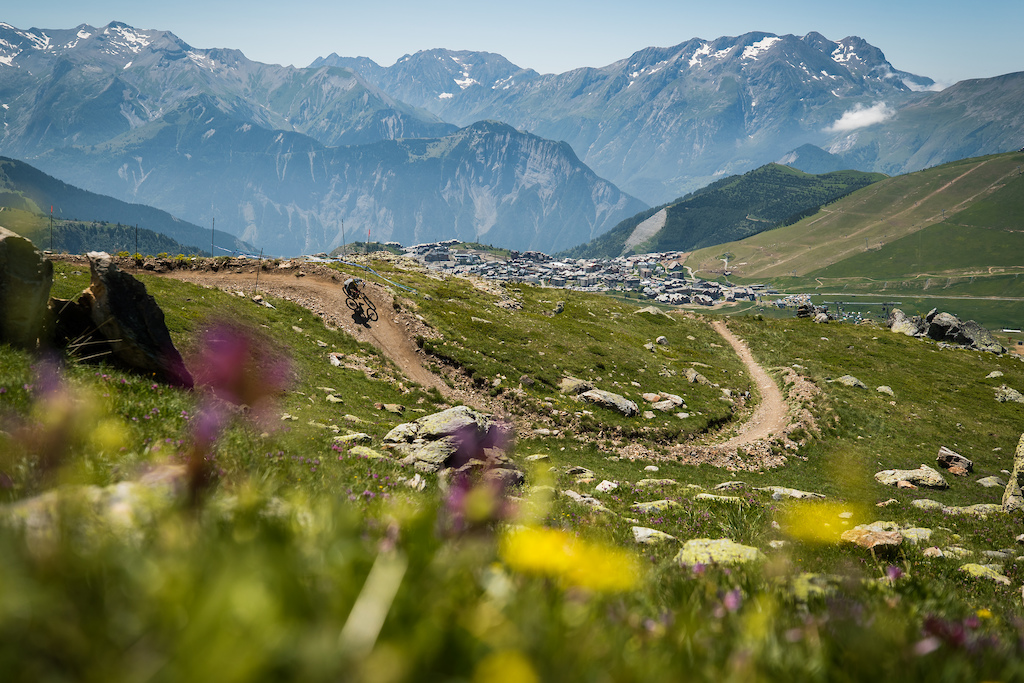 Prior to the race there is a small matter of qualifying. Starting at 2801m above sea level, the 2000 racers are split into categories of 250 riders with the top 35 advancing to the main race with the higher your finishing position the further forwards you are on the grid for the main race. If you don’t make the ”main race” then you get slotted into the next race; the Challenger, then the Amateur followed by the Affinity so everyone gets chance to race. With separate categories then for the ladies’ race and E-bike. Check out the Kelan, Chris and Jackson’s guide to the qualifying here: MEGA QUALIFYING. Kelan and Hutch secured front row positions in the main race with a 2nd and 3rd place in their heat, with Jacko pulling in an awesome 7th. 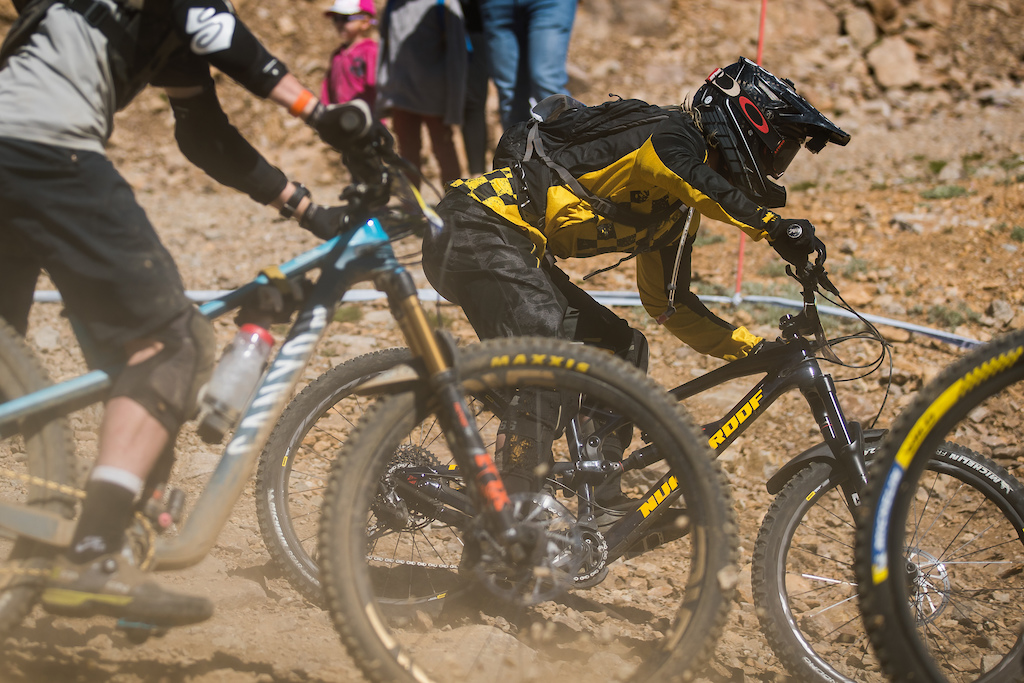 With some wild weather leading up to the race (high temperatures and storms) combined with the sheer number of riders practising, the race the usually snow covered main slopes of Pic Blanc had exposed some baby head sized rocks and debris leaving a much narrower than usual starting grid and limited line choices to pin the snow. This made for one of the more challenging Megavalanche’s. The race is a cruel mistress and despite a great start, losing his balance with contact from another rider took Kelan down in a huge accident leaving him unable to race further. With Carnage ensuing Hutch chose to avoiding actions, taking the slower high line on the piste with Jackson pinballing down in the mid pack. 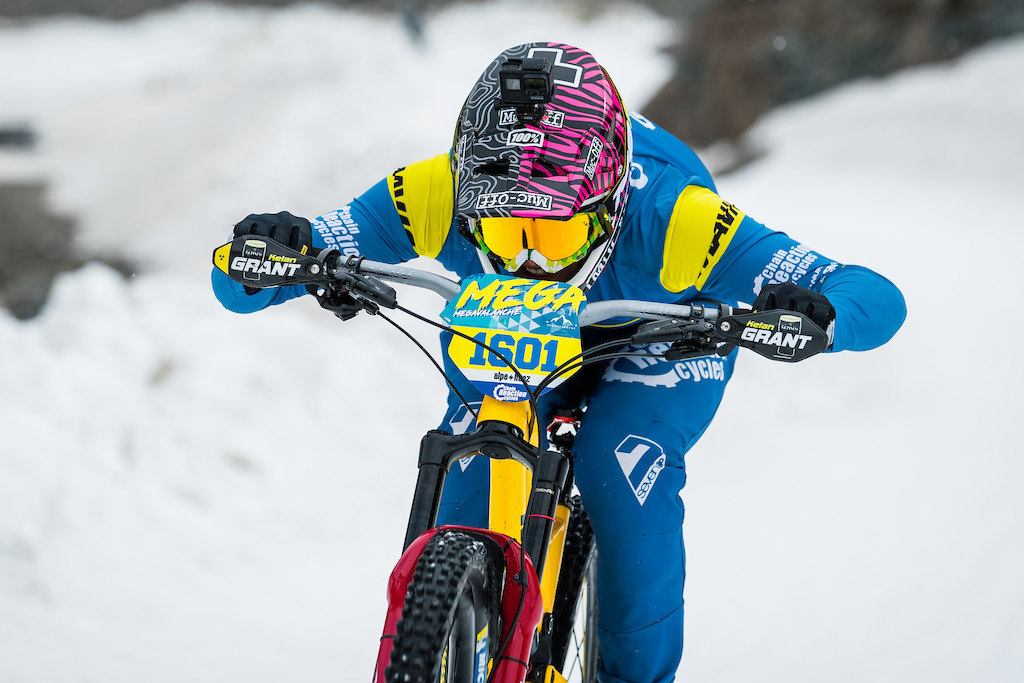 It’s a true MTB bucket list event as despite there being other mass start races there isn’t anything that can replicate the emotions of the Mega. Racing side by side and chasing riders gives you an adrenaline rush like no other races. The altitude, shortens your breath, the roost from bikes around you dries your mouth and brutal trail leaves you exhausted. It mentally tests as much as it is physical, you are going to hit the mid-point climb and consider why you’re doing this and then you get the support from the awesome people that come to watch and support that drives you on to some of the finest single track down to Oz. get to the finish line and get that feeling. That bug kicks in and your starting to plan next year’s races. 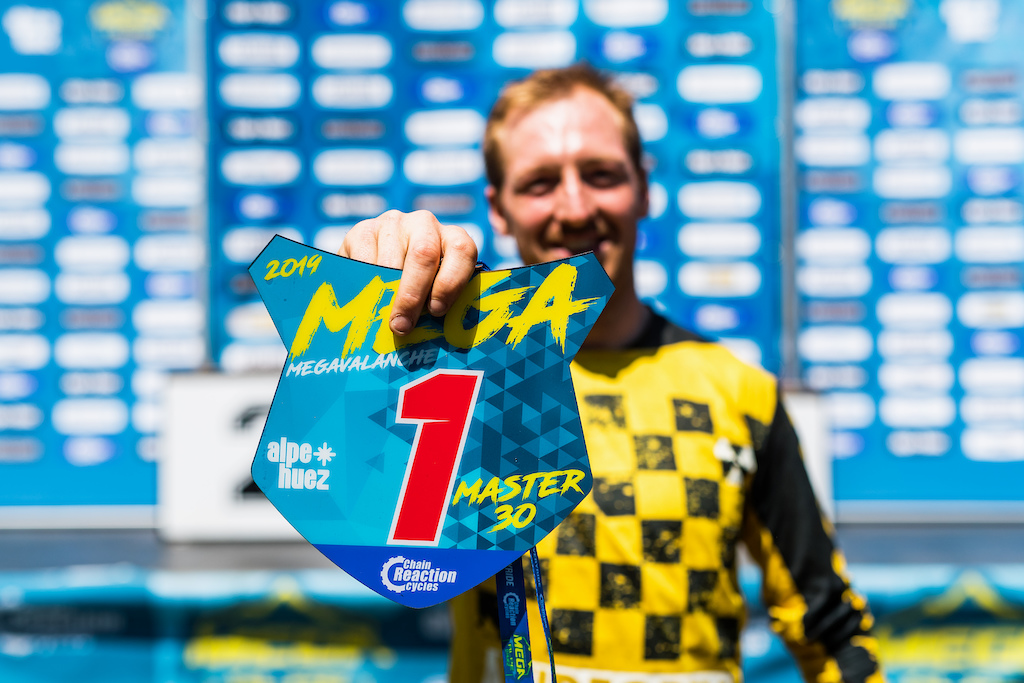 After chaotic races, Hutch came home in an awesome 12th overall and 1st in the 30+ age category, with Jackson snapping a chain 10km from home but running, scooting and shredding his way to the finish line. 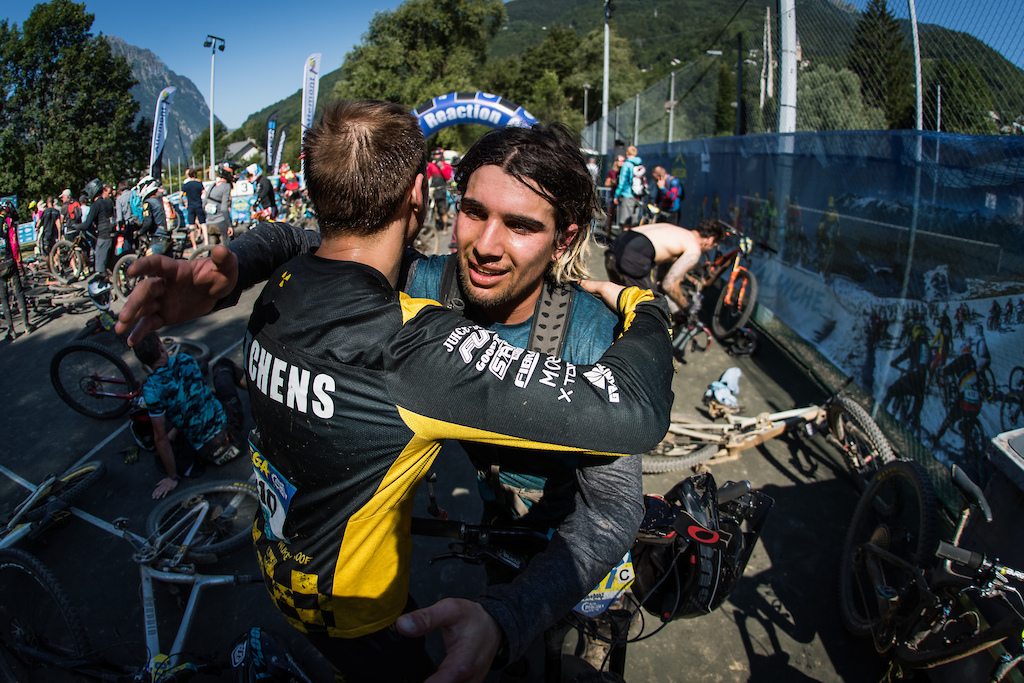 See you next year? 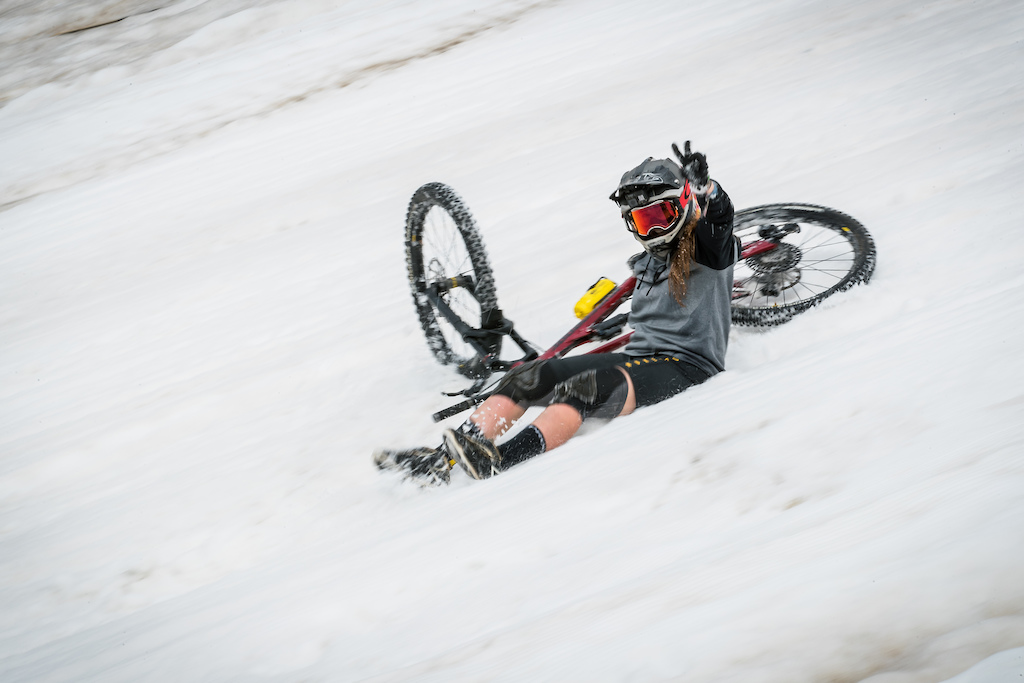