This past July the Carlmont Kids made a trip out to Northstar California with the intentions of filming a video on their new specialized demo's. With only 7 days on the hill, we had our work cut out for us. 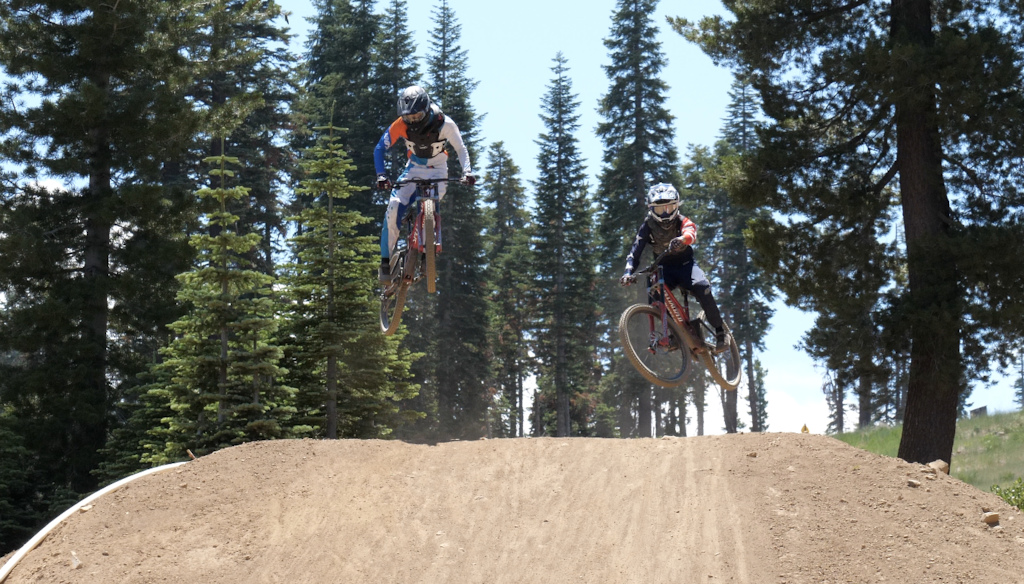 Alec boosting (left) and Jared scrubbing (right) a jump at the same time
During the lift hours, it was riding and suspension testing for Alec and Jared as they set up their new bikes. At the end of the day, we took the last lift up to film on trails such as Boondocks, TNT, Karpiel, Dogbone, Sticks and Stones, Gypsy and Livewire. During thunderstorms with the lifts shut down we hiked up the hill to get some shots under the cloud cover. 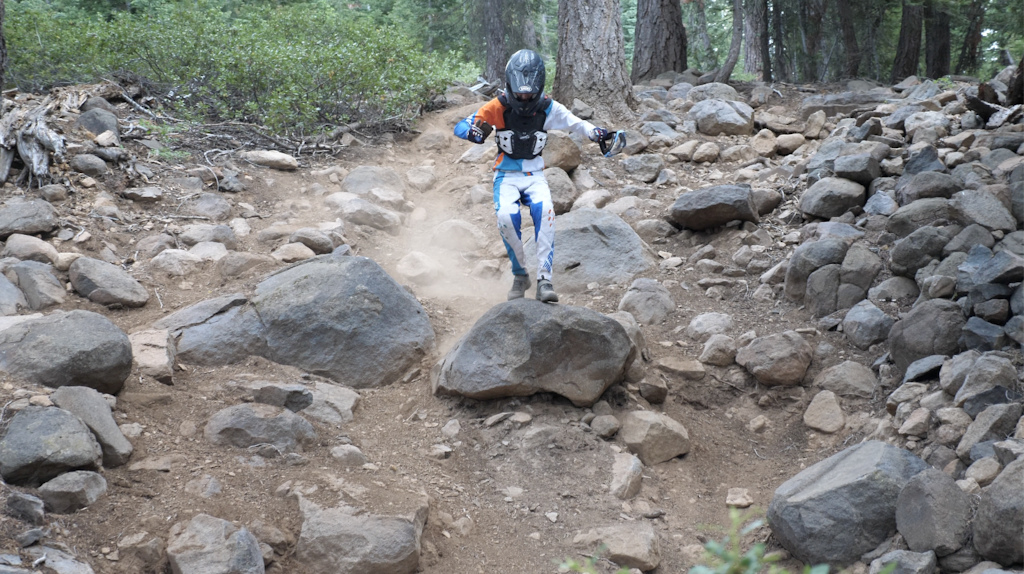 Alec testing out a new line for his part in the video Duality
At night we set out to capture the smoke/light shots of the bike. Our original plan was to create smoke bombs out of ping pong balls, but that failed for a number of reasons. Then someone had the idea of using a fire extinguisher for the smoke. The visuals from the white powder were incredible. A few of us accidentally breathed in some of the dust, but we can all say it was 100% worth it for the shots. 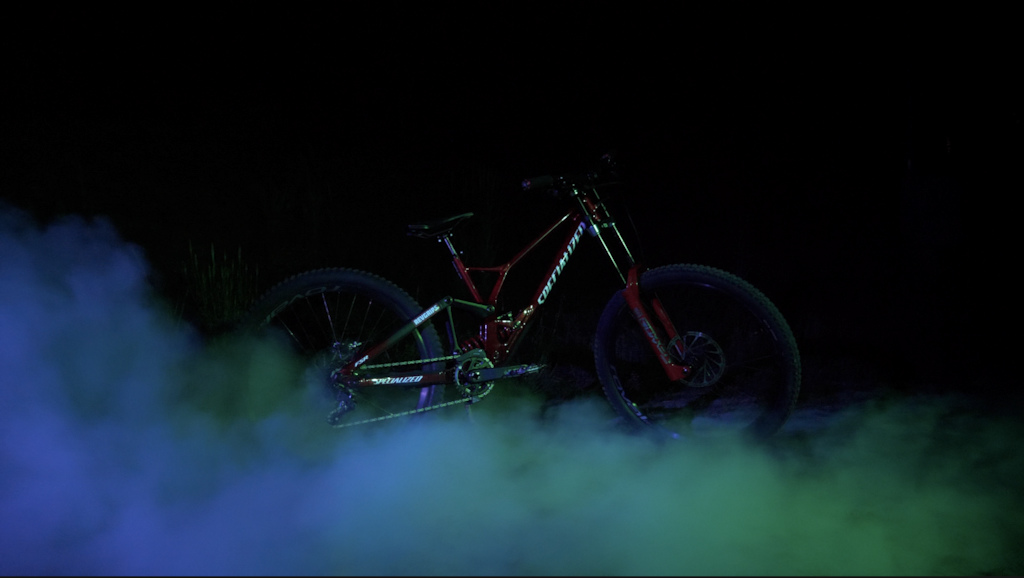 Fire extinguisher was used for the smoke alongside purple and green lights to create this visual
One of the shots we got was of Alec scrubbing a speed jump on TNT while I flew the drone behind him. After a few failed attempts, low batteries and almost crashing the drone we were ready to move on. Jared convinced us to have one more go and everything lined up perfectly. The end result is one of the best clips of the video. 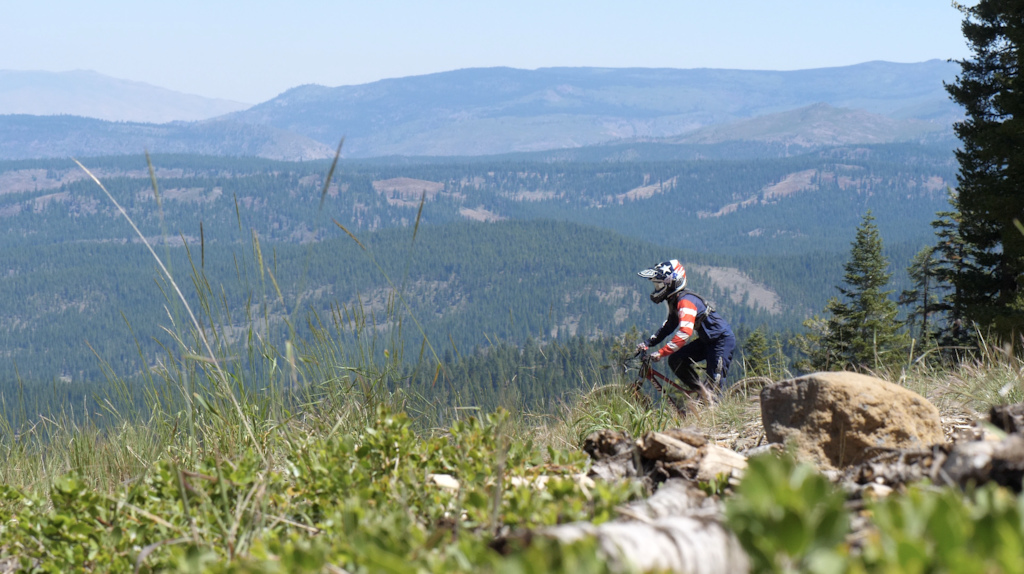 Jared sprinting down the fireroad towards the trail
This was hands down the most fun shoot I've been on and also the largest in scale. It was full of ups and downs and many challenges to overcome. The end result is something Alec, Jared, and I are truly proud of and stoked to share. 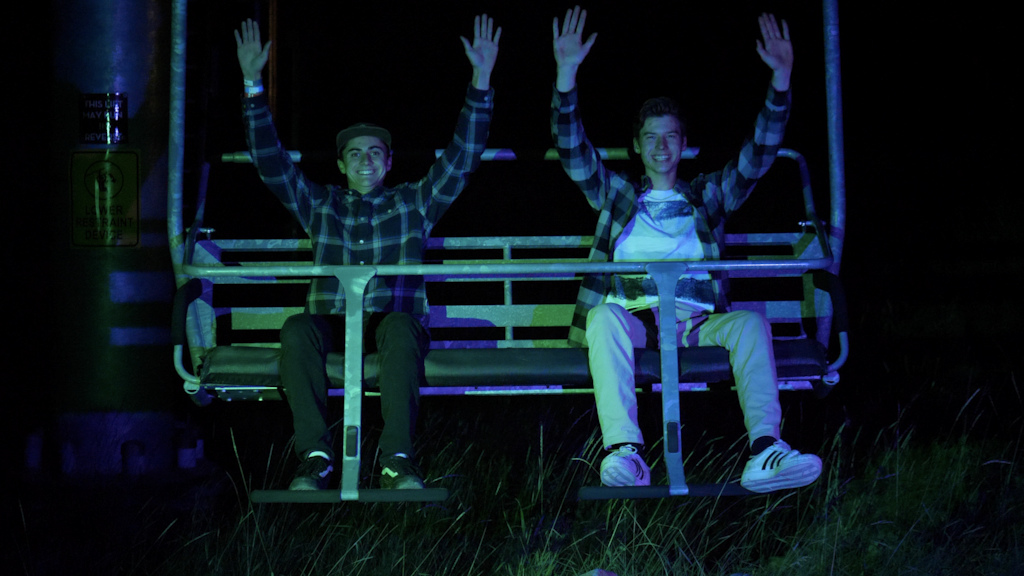 Jared (left) and Alec (right) during the night shoot
Thanks to Will D'Elia, Andrew Berkin, Zach Behn, Annabelle Romano, Lauren Romano, Kai Magalhaes, and Donna Romano. This wouldn't have been possible without all their help.