Video: Locals Hit the Very Best of Queenstown in 'Evolve'

I wanted to challenge myself as a film maker and what better way to do this than to create a full mountain bike movie.

2 years ago I wanted to learn something new in film. As I am self taught and no one to teach me I realised the best way to get better is to learn the hard way. I threw myself into a massive project and decided to create a mountain bike movie. Not ever done a project on this magnitude before I definitely ran into problems that I had to solve my goal was to try make it as cinematic as possible and this was more challenging than I thought. I quickly realised the amount of work I created for myself as I had to direct, edit, film and produce a whole movie by myself with some friends to help with some photography. 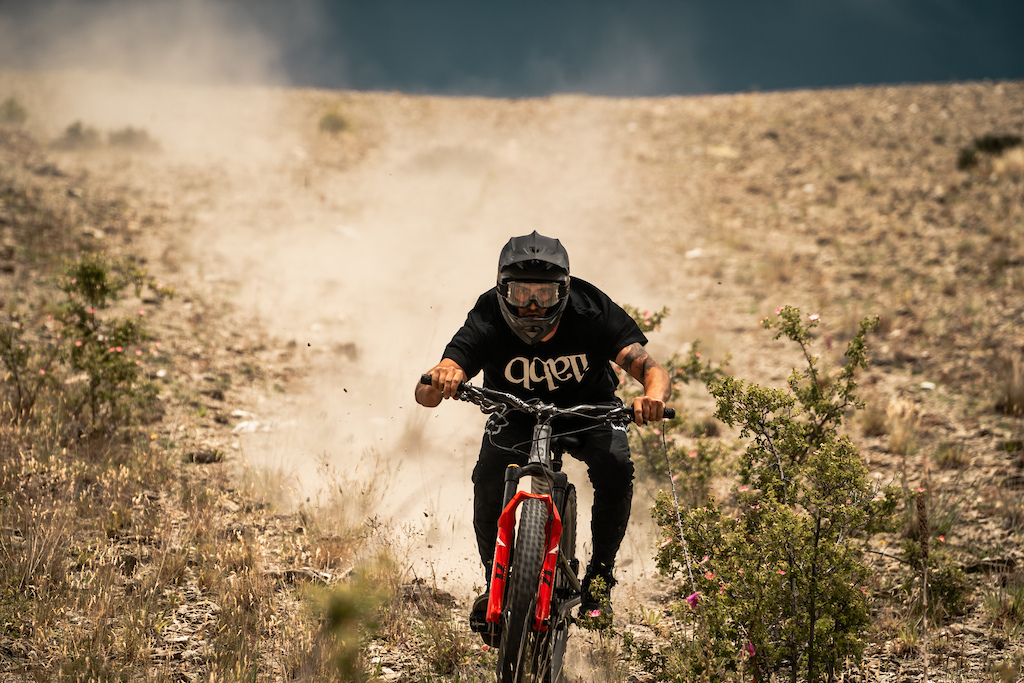 I’m proud to say after a crazy amount of hours filming, editing and scripting this movie it’s finally here. I have so much respect for people that make these types of projects so much is involved that you don’t see.

Finding the talented riders
Countless walk up’s and redo’s.
Hours of frustration trying to solve a problems.
Trying to meet time deadlines.
Sourcing money for the project to keep the Quilty up.
Emailing sponsors back and forwards.
Even just keeping enough space on hard drives to edit.
I can’t thank the sponsors and riders enough for supporting the film. 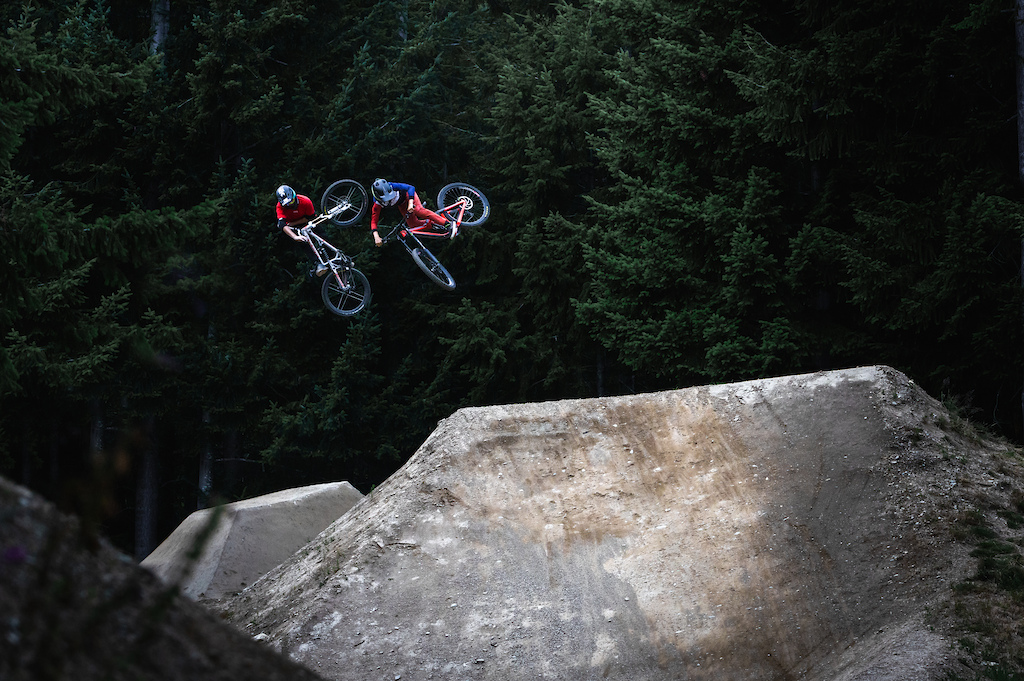 What is Evolve? Its a Queenstown local movie, captured by locals with local riders, on the trails in our backyard. Its taken two summer seasons to film, covering 8 different locations, around 20 riders on a variety of bikes.

It all started when Blake Pickup hit me up to do an edit up Rude Rock (I know what you thinking, you’ve heard this one before, but you haven’t). Blake wanted to do something unusual. He wanted to film almost the entire 3km of Rude rock on cable cam only. (Told you so) Blake came up with the idea due to drones not being allowed in that area as its within the Queenstown airport flight path. He wanted low shots between the tussock as well as aerial shots showing the beauty on offer. So we set off figuring out the logistics of making this happen. The cable he used was 100m long on a remote slider he controlled in one hand while controlling the video pan and tilt on his phone with his other hand. Obviously there are no trees on Coronet peak to attach the cable to, so we used the natural undulation of the hill to give us the height needed and knocked in steel waratahs on high points between each section we were filming.

So off we went, Blake, Ben Lang (photographer and other rider) and myself. The setup was small enough to carry in or strapped to backpacks with our lunch and water for the day. We painstakingly worked our way from the top of the trail down at a maximum of 100m at a time. Luckily after a few setups and takedowns that could take a while, we figured out a good technique and got into a rhythm. Although hammering in the waratahs was a bit of a lottery, sometimes it would go in no problem and you felt like you hit the jackpot, but other times you would hit rock after the first few inches of dirt. Makes sense as the peaks have survived the elements by being stronger than the troughs.

We would be on the hill by 11am and sometimes finish after 8pm. This process was repeated over eight filming days. However by the third day we could all get free, it was raining. We needed the conditions to be consistent throughout for continuity of the edit. It was at this point we decided to make another edit, as a rainy day backup. No point wasting a day off. We needed something in the trees, with good drainage and possibly hardpack to not damage the trail riding it wet. We settled on McNearly Gnarly in Fernhill, but more on that later. 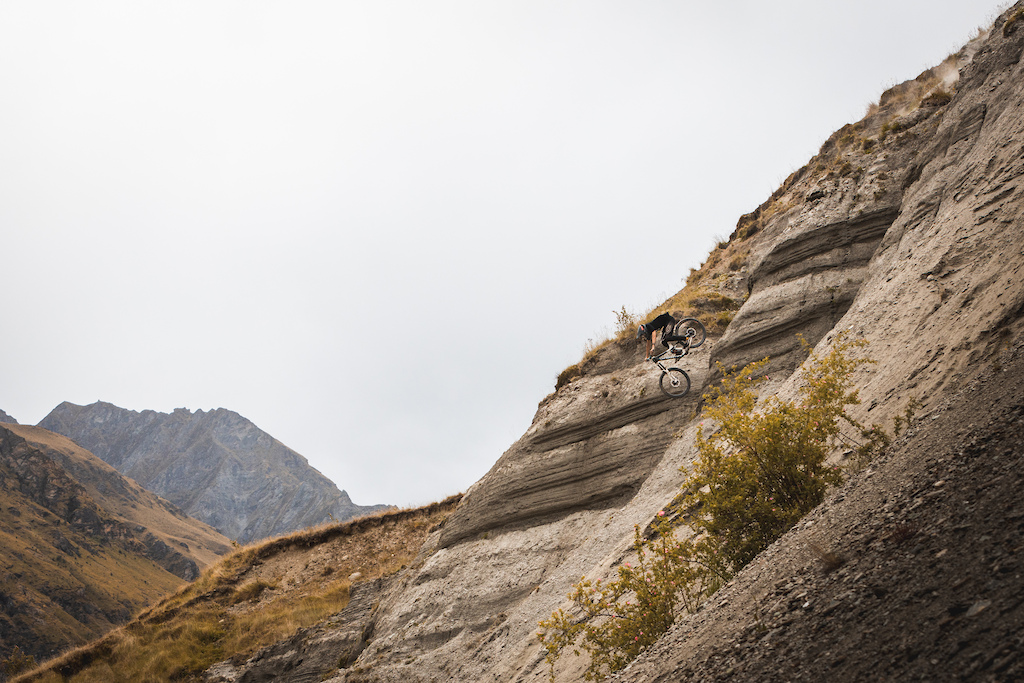 When we had a good day we would be up Rude Rock filming and setting up the cable cam. There were some shots that took up to 28 tries to get right. If Ben and I were hitting a jump trying to do a cool trick each, we both had to get it perfect on the same run, and Blake had to get the speed of the cable cam perfect as well as the tracking to keep us both in the shot. This was a very difficult thing to get right. There were times only one would get the trick right but the filming was perfect, then next run the other would get it wrong, or Blake would miss us due to timing or the remote not working for some reason (or so he said). We persevered and eventually got a shot we were all happy with. Then repeated the whole procedure.

There were sections we tried to film where the high point wasn’t high enough and had to carry in ladders and extension poles to try get the extra elevation. (So for anyone who rode past that gave a few guys carrying poles, ropes, ladders and a sledge hammer a strange look, this is what we were doing). In the end it was a great success and I’m sure something not done before or may not be done again, certainly we won’t be doing it again.

Getting back to the rainy day backup. McNearly Gnarly is an awesome track and since we were all living in the Fernhill area it was a much easier task than coronet peak. Again it was Blake, Ben and myself on this one. Now I’ve seen a full spectrum of bikes ride this trail, from kids balance bikes, BMX, hardtail, ebikes, powered adaptive bikes and everything in between. Which was great as Ben only had a full DH bike and in keeping all things equal it was decided I’d ride the trail on my DH bike too. We hiked up to the top with our bikes, all the camera gear and set off making another separate, standalone edit. This time Blake would use all his toys. Cameras on gimbals, drone, POV and the trusted cable cam. This edit took us 6 days to film.

We were just about finished these two edits, when someone had the great idea to make a Gorge Rd edit while some of the elite riders were in town before heading up to Crankworx Rotorua. We managed to get a couple boys out for a morning session to make the most of the best light. Half a day of filming here and we had enough footage to put together another standalone edit. It's at this point we realized we had three projects almost ready to be put online and disappear into the Pinkbike black hole of billions of other edits, or we could combine them all into separate segments of a little short movie.


This seemed like a better idea, but we knew we needed more. More variety, more locations and more riders to keep it interesting and engaging to the viewer. We wanted mixed age groups, mixed gender, different disciplines and contrasting landscapes.

A segment in the autumn leaves was added, another in native beach forest, The big high speed jumps of dream track and a section on scree slopes in the backcountry.

To achieve this old trails were revamped, new trails were build and a weekend away in the backcountry was planned. A camping and riding trip with a group of mates is always great fun, so we knew we wanted to do that.

Twelve of us met one early morning to start the drive and scoping mission to find scree hills to bomb down, but even before we could set off one of the vehicles wouldn't start. Not the sort of thing you want to happen when far out of mobile coverage, so luckily this could be fixed in the fresh choice carpark before starting the expedition.

Along the way we actually found so many hills to ride it was hard to choose where to focus our time and efforts. Some spots were intricate and we chose our own lines to ride, where others were wide and open we could descend shoulder to shoulder. These party lines became a favorite and many hikes were done to do more of these.

During the filming of all these segments we had a few DNF, or DNS due to injury in other events or general summer shenanigans, which is always a shame as there could have been so much more if only time wasn't a factor. There is no shortage of talented riders here. Ive been the most stoked on the dream segment, watching Jess do some huge no handers and following 12 year old Malik doing insane whips, when only a year ago I towed him in for the first time.

Blake and Ben had arranged a premier at World Bar who host many a local and international movie showing. The date even had to be moved once in order to give more riders a chance of being a part of the movie.

As I write this we are waiting for the rain to stop to film the last minute of footage for the dream track segment. It's all down to the wire now.

I must say, I've thoroughly enjoyed this process.

Thanks to Blake and Ben for bringing me into this project. Thanks to all the riders who were part of it. We had awesome sessions riding all over our backyard. And a huge thanks to the sponsors who helped make this project a reality.

Lloydmeister (Apr 25, 2021 at 1:19)
Awesome reading about the behind scenes. This makes the viewing so much more interesting. Really appreciate the hard work that goes into it. Hope this doesn't just get filtered out to the NZ audience
Also, gotta say, there is soo many edits out there, it really is an oblivion of vids that people rarely remember. Hopefully your project resonates and has some better "shelf life". Chur to the bros and sisters

ABhardtail (Apr 27, 2021 at 5:47)
It's normal to see amazing riding around here but the locations and production quality were next level. Nice work gents!

tomwoodwardvideos (May 2, 2021 at 3:42)
Stunning video mate! I can imagine the hard yards that have gone into its production. Fantastic job!