Video: Marcelo Gutierrez to Take a Year off Racing

Marcelo Gutierrez has just shared this video interview in which he confirms he is taking a year off racing in 2020. The Colombian has 4 World Cup podiums to his name and was unbeaten in the Garbanzo dh race for 5 years from 2013 to 2017. In 2019 however, his results took a serious dip and he only broke into the World Cup top 30 once.

He says in the interview, "this year, the results really spoke for themselves, it was not Marcelo, the one before. I had a change of mentality and approach to the races this year, I enjoyed it more than ever I had an amazing time. Because it has been so focussed on perform, perform, perform, winning, winning, winning, you really lose your path and like for cycling... Although I had everything I wanted, a contract, a team, everything else, I was not happy. Believe me, it was very hard to accept that I no longer felt the same."

Marcelo also discusses how downhill racing has affected his relationships with his family and friends, how he felt disconnected from the Colombian cycling community. and his struggles with ulcerative colitis. He is going to spend a sabbatical year working on media projects and helping develop the sport in Colombia. 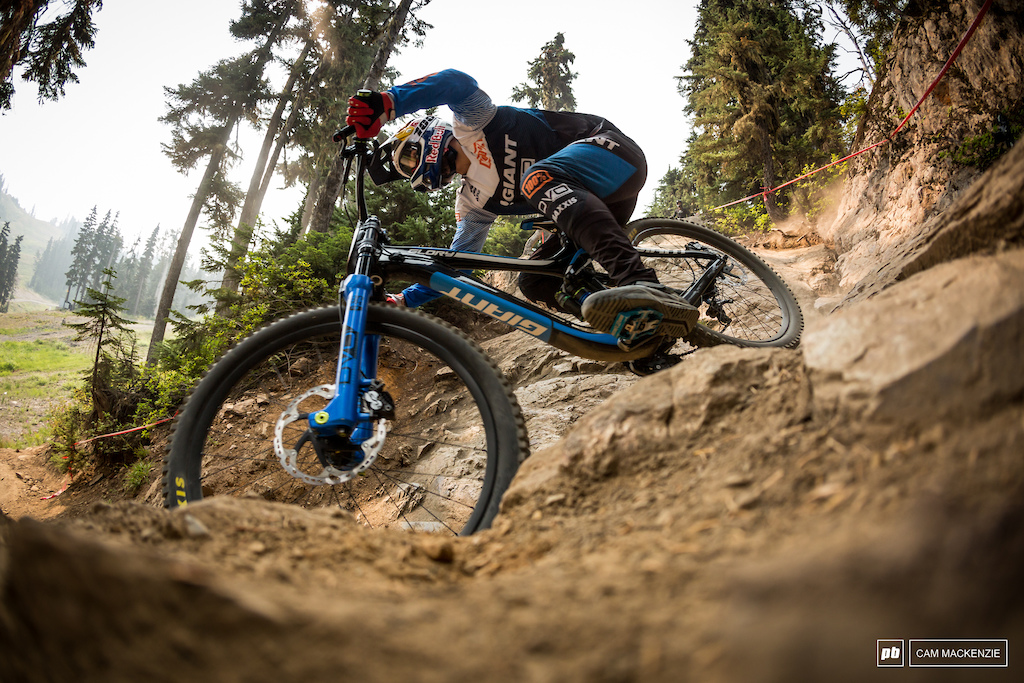 lalientoxc (Dec 28, 2019 at 5:47)
I became your fan because you were a great Hispanic rider. But now I’m your fan because you are great person and every time I look over at you I get surprised by how humble you are. Tus fans te apoyan en todas tus decisiones mi hermano!!

Trabes (Dec 28, 2019 at 2:44)
Tenacity, strength, consistency and perseverance from this gentleman, Giant is well represented. Respect

leviatanouroboro (Dec 28, 2019 at 8:45)
I believe with some greater infrastructure Colombia could be the 3rd greatest country of downhill riders in the Americas. It's a really brave and admirable decision to leave the stability of your career to bring the stoke home, develop the scene, and reconnect with what's most important. Family/friends/happiness.

I'll be cheering for you and I hope to get down there soon for some laps on the DH trails!

DirtyDee (Dec 28, 2019 at 8:22)
What a class act this dude is, I hope the positivity he brings to his next project makes it a massive success.

You've always been one of my favorite riders, i really hope you find a solution for your symptoms and a path back to loving racing.

Don't stay away too long

skinnybex (Dec 28, 2019 at 6:19)
I’m so happy for you Marcelo and no doubt the Colombian MTB scene will grow leaps and bounds from where it already is today which is absolutely amazing. Dios bendiga el paraíso de Manizales !

filmdrew (Dec 28, 2019 at 15:14)
This is really important stuff; to take a step back & think about what you do everyday. It's tough for most people. to do one thing super well and not lose perspective on the rest of the world. Kudos. Much respect.

kusanagi72 (Dec 28, 2019 at 2:53)
He is thoughtful bloke. I remember he had a very cool sticker on his top tube once, almost philosophical Anyone remember that?

rideronthestorm1 (Dec 28, 2019 at 2:26)
Always enjoyed watching Marcelo racing will be exciting to see what he does with this new project

cholla (Dec 28, 2019 at 11:12)
Kudos Marcelo and huge respect for being yourself! Something westerners only know how to spell correctly. Wish you health for u and closed ones...

watchtower (Dec 28, 2019 at 18:49)
Always glad when Marcello does well in racing, strikes me as a bloody good bloke, time to really enjoy bikes again.

trillwill (Dec 29, 2019 at 7:09)
Marcelo, you are the man. We're looking forward to seeing the great things coming out of the Colombian DH scene!