Video: Martin Maes on Fatherhood and his Return to the Podium

Take a look back as Martin Maes re-shapes his perspective on racing after entering a new phase of his life, fatherhood. Martin's 2021 Enduro World Series season would start on an immense high with the birth of his daughter, Clementine. A disappointing low would soon follow, when a tough crash in his season opener at La Thuile resulted in a concussion. Sometimes results don't match expectations, but Martin would begin to find his flow and re-build confidence in Crans Montana with a return to the podium, and the flat out race pace he is known for. 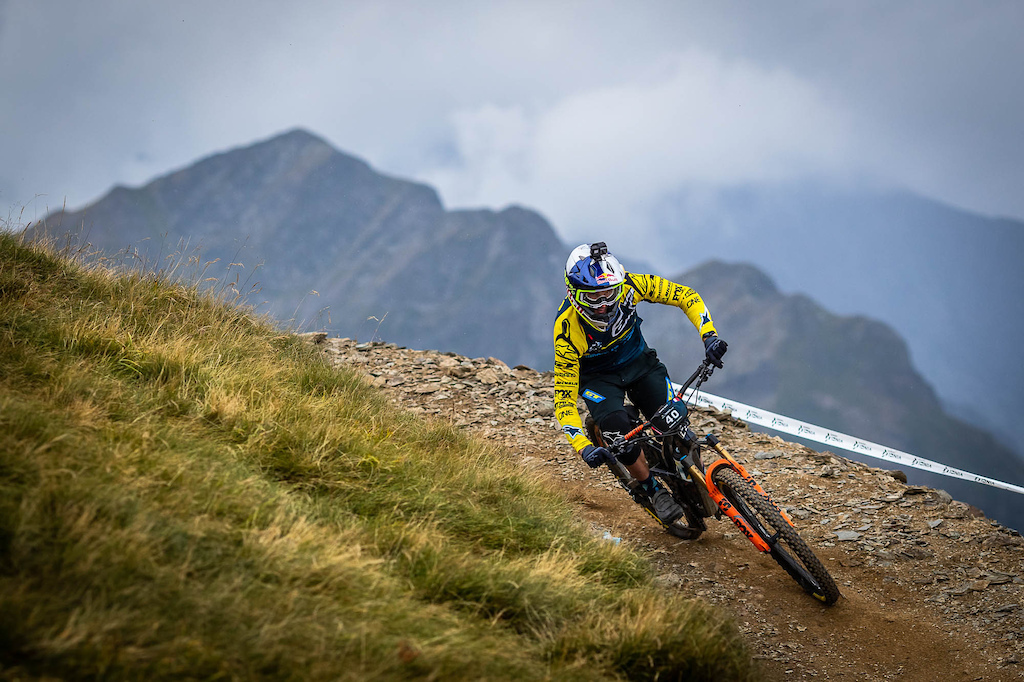 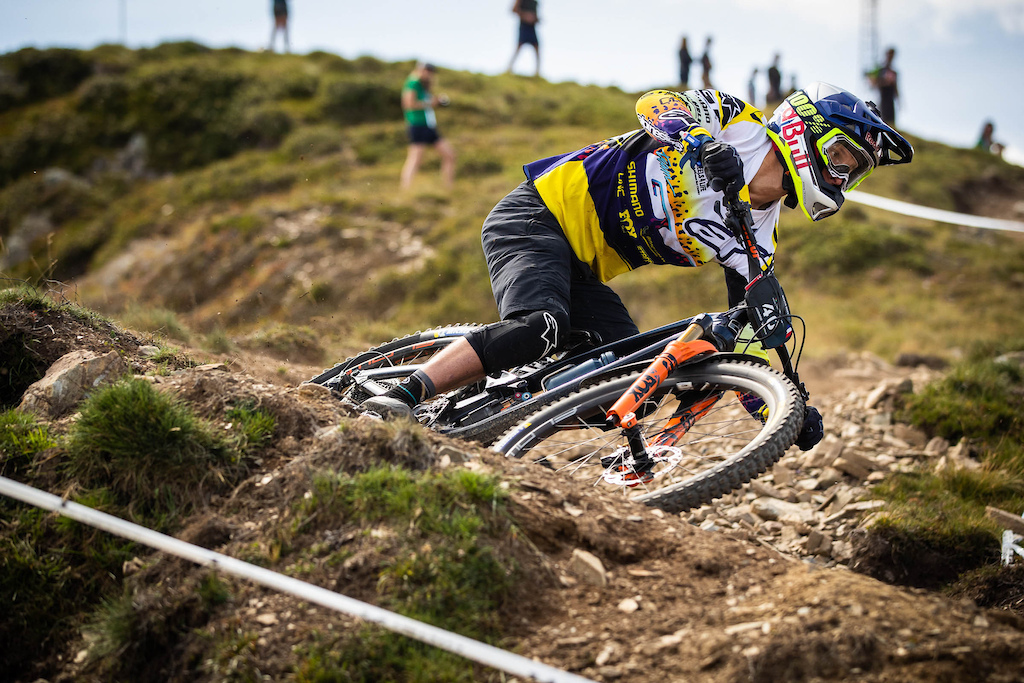 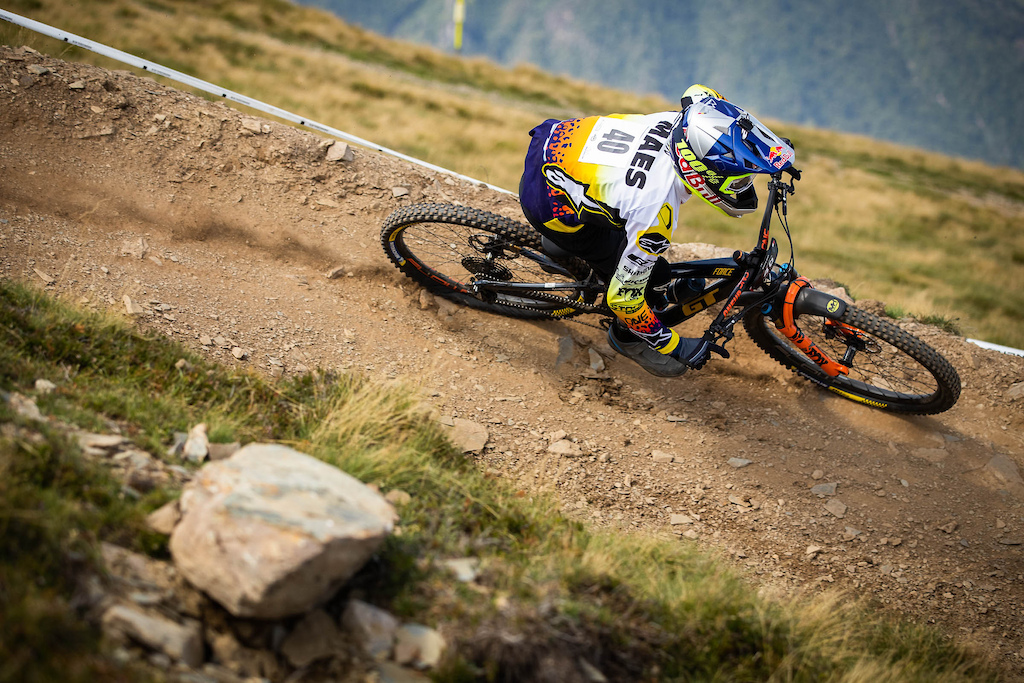 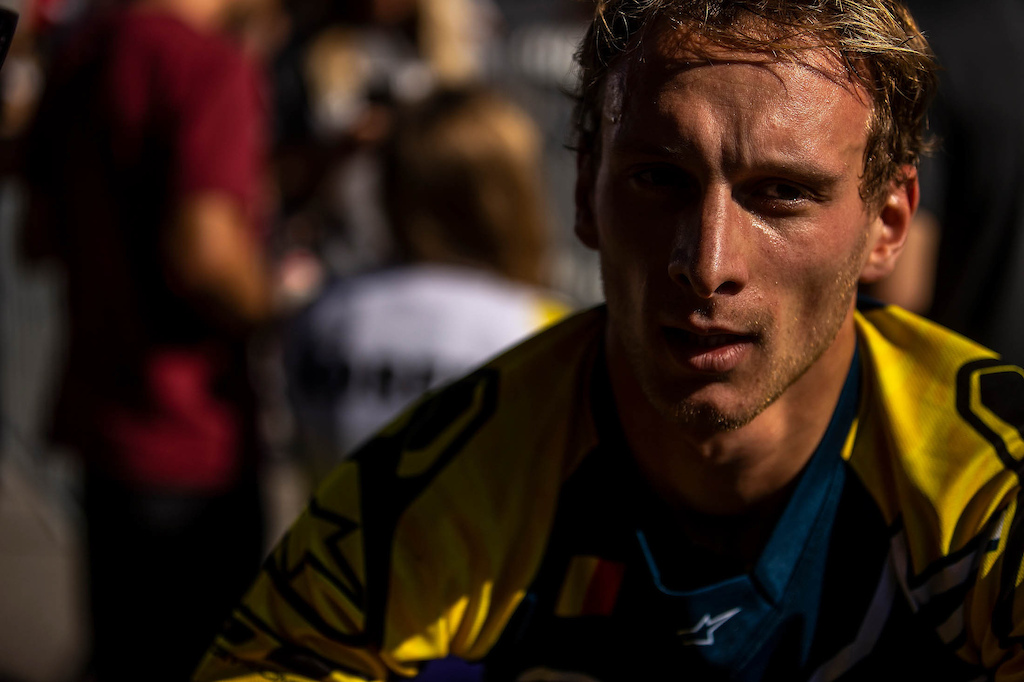 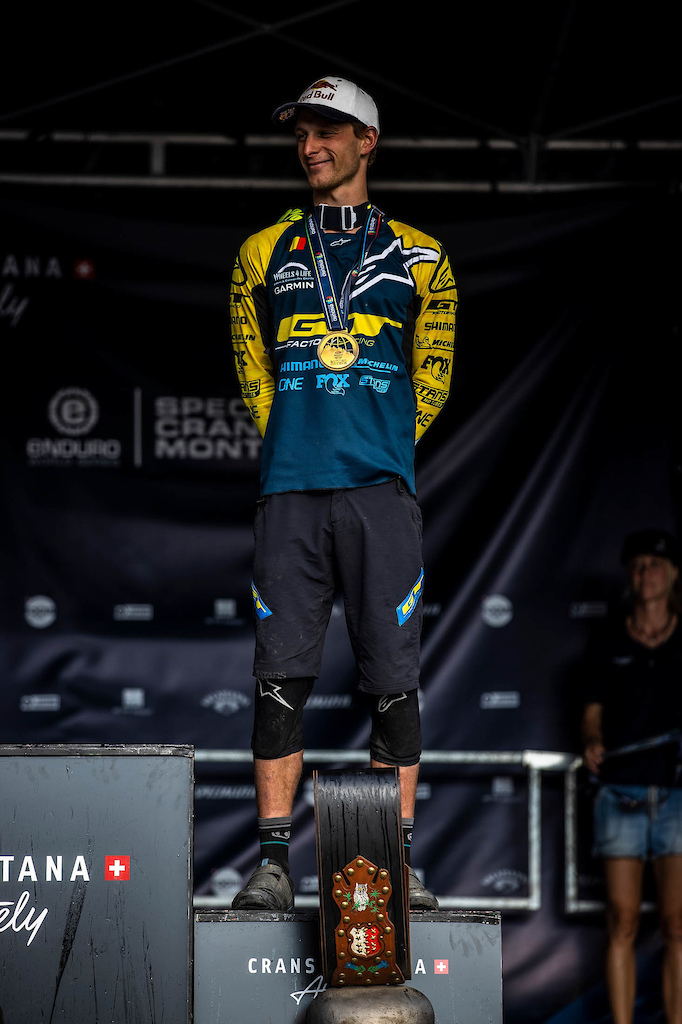 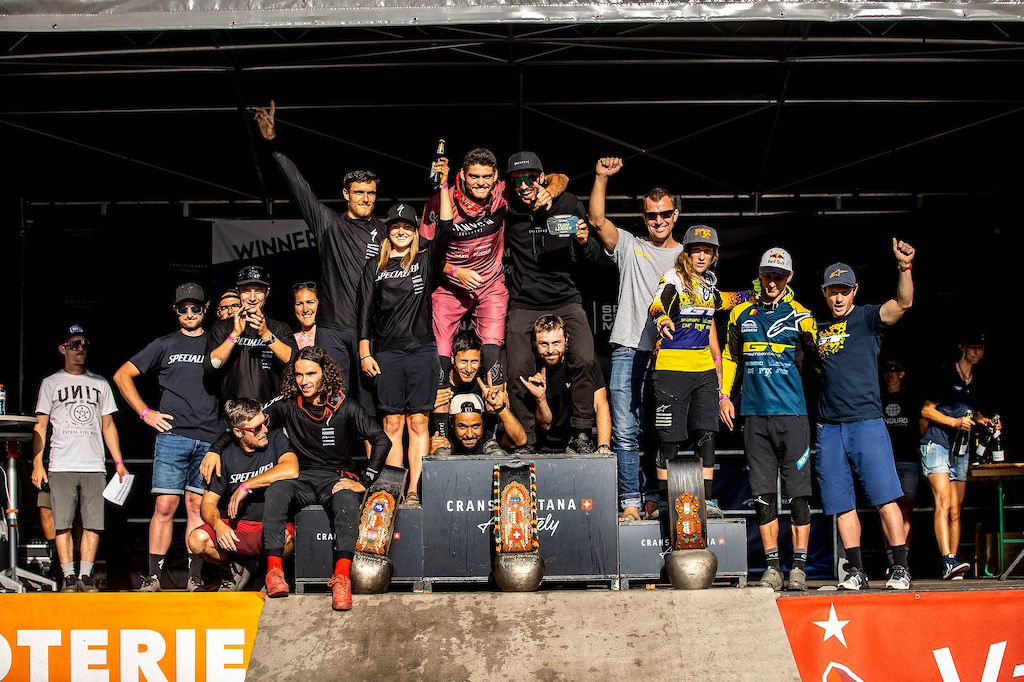 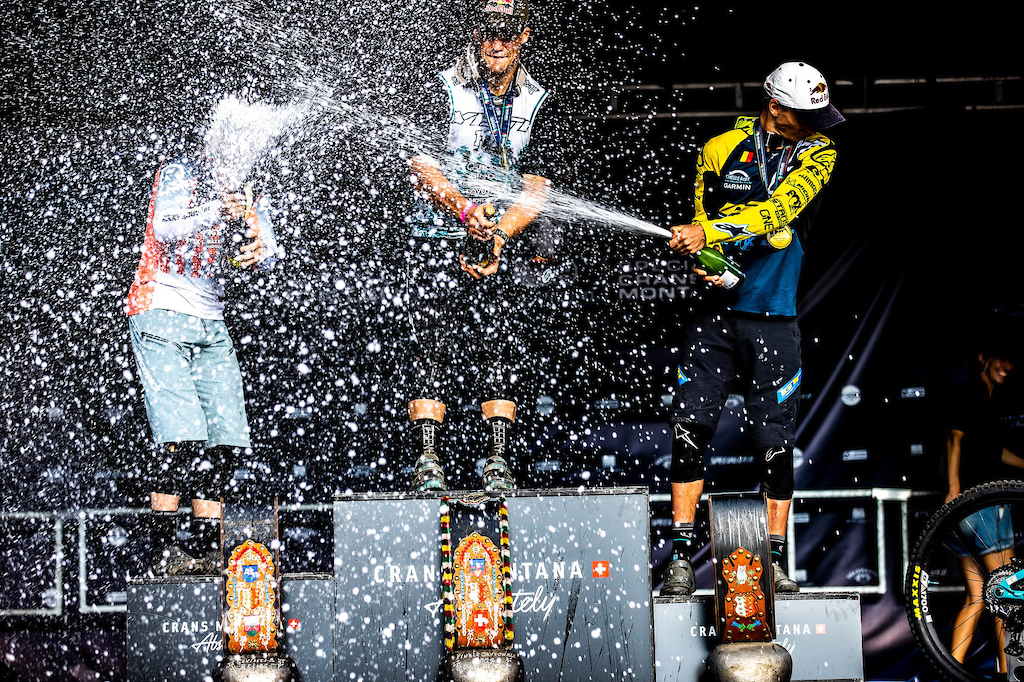 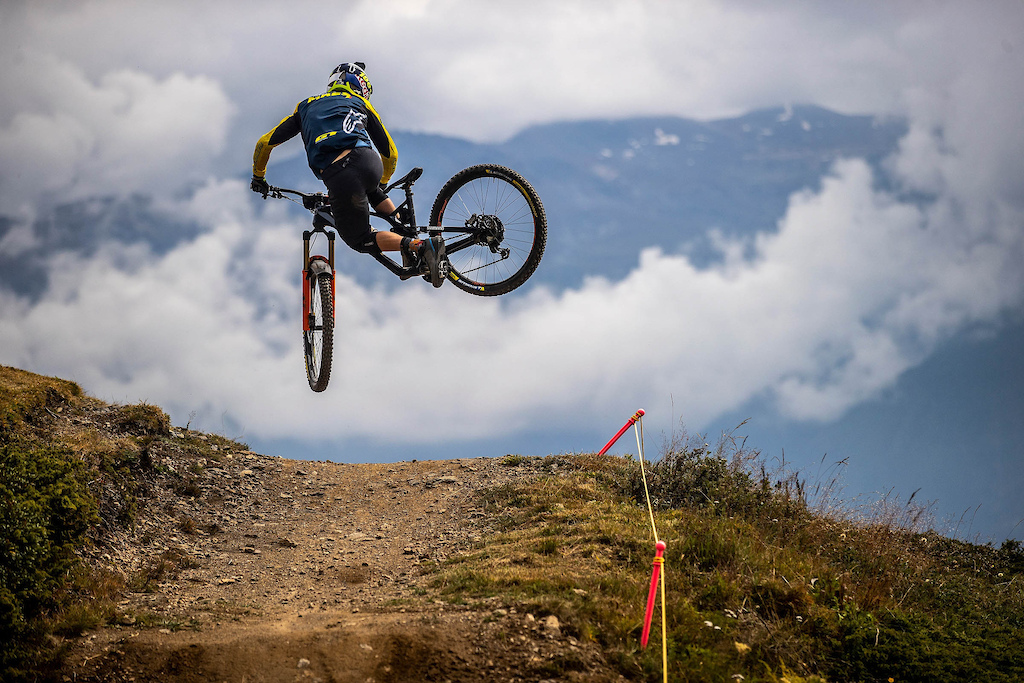 lkubica (Nov 17, 2021 at 8:05)
Having a small baby is the real enduro, if people would actually realize how tough it is, there would be like half of current population

So great respect for racing on the highest level and having a baby simultaneously.

VtVolk (Nov 17, 2021 at 10:28)
Part of the miracle of human reproduction is that the parent brain performs a Jedi mind trick on itself and erases the memory of how hard babies and little kids actually are. Otherwise, no one would ever go through that more than once!

My favorite cousin is like a brother to me. He had his first kid at 37yro and she sleeps through the night...like every night. I now hate him.

lkubica (Nov 17, 2021 at 10:36)
@VtVolk: On the top of this, having a single child is not good for it anyway, as a single child I definitely lack this fight for everything attitude and it's a real problem in life. So you can have one child because of ignorance and another to make them tougher. But having more is just plain masochistic

Ok, just kidding, there are people who apparently love it, good for them and good for us, at least in europe where every citizen means more retirement money for me.

I remember being so tired with the first one I repeatedly left the garden sprinkler on all night and would frequently walk in to rooms only to forget why I wanted to be there. And now I get to do it again, but 3 years older.

lkubica (Nov 17, 2021 at 14:03)
@SangamonTaylor: I do not know how to say it, it's much worse with two kids because the rivalry instinct kicks in and they start fighting about everything, and it lasts like ... forever, mine are 9 and 12 and I want to kill them at least once a day ...

Muckal (Nov 17, 2021 at 21:53)
@wtmorgan1: abso-effin-lutely! You are not going to ride much, but you are not going to get enough sleep for proper performance anyway. Coming from a Dad of a 1.5 year old who considers 5 hours of interrupted sleep an 'ok' night.
Still, it's a great job, all the best for you!

Svinyard (Nov 17, 2021 at 10:44)
@GTBicycles Since Martin now has kids...its time to build some proper kids bikes for Martin's kids to ride. It'll take a couple of years to get supply anyways. Kids market is blowing up, might as well make them proper shred sleds.

JUnit fork (can save cost for consumer via the OEM Comp version) - JUnit fork is a must
66d HTA with compact chainstays! Its a hardtail afterall
Brakes with short levers
Rocket Ron tires or Minions...not super heavy Vee FlowSnaps
Decently light wheels...no i30 tank heavy wheels.

solar-evolution (Nov 17, 2021 at 11:03)
Totally agree about the need for a proper kids bike. It's a challenge to find something with a relatively slack HA.
I'm looking at the commencal meta HT20 for my grom, but this orbea looks dope- never seen it before.
Do you know if they sell it in the US? It doesn't appear on their US site.

Svinyard (Nov 17, 2021 at 12:11)
@solar-evolution: I don't think Orbea is selling them in the US. They did with their old models but seemingly not these. One thing I noticed is that it has the JUnit Comp, which is a great fork but not as good as the Expert/Pro versions. Expert has a better custom dual chamber air spring so its quite a bit nicer if money is equal. If we are talking about the "best" bikes...then perhaps the Nukeproof Cub Scout Race might be it now.

You are right to want something slacker, especially since these are Hardtails (under sag or chunder the HTA quickly becomes that of a DJ or steeper). We got a BIG improvement moving from 68d to 66d with no drawbacks. Something in the 66d should be default for kids, their little front tire gets hungup way to easy and tossed OTB. The OTB's for us went away almost entirely when moving to a JUnit fork and slacked the bike out. Even at the bike park.

Nukeproof Cub Scout Race: 66.5 HTA, JUnit Expert, decent drivetrain and the tektro brakes are their slightly nicer ones with the smaller levers and their Urchin kids components. You can get those in the states at times I think. its nice that Nukeproof has continued to update it. Its like 1200$ but tricky to find. There are dealers in the US and Chainreactioncycles will deliver a bike to the US quickly too.

Good luck. The Meta HT 20 isn't a bad bike at all. I think the wheels will be tanks but its not the end of the world. You could prob slacken it out with a Wolftooth GEOshift headset for like 90$ too I think if its a problem.

solar-evolution (Nov 17, 2021 at 13:34)
@Svinyard: Thanks Svinyard. Cubscout looks rad! And it's a little bit cheaper than the Meta. I was already thinking about the angle set for the meta. Too many near OTB incidents with her ridgid bike and she loves to charge into the chunkiest lines. It will probably all come down to which one is actually available and shipping costs. I appreciate your input!

RobertGrainier (Nov 17, 2021 at 13:00)
Maes is a top quality on and off the bike, total beast on the bike, full of insight when speaking about the sport

FoesKnows (Nov 17, 2021 at 12:47)
I dont get the decision to have kids and then go on and chase your private and personal sporting goals, and leave them behind for 2, 4, 6 months. Surely the most important decision in your life, to bring other life into the world them makes the support and engagement with that life at each opportunity is more important than your own private achievements and outcomes. I see riders who just cant and wont give it up, lauded as great Dads and Mons....and they are gone on their private journey and seeking ultimately applause and congratulations to stoke the ego for such a long time, suffer anxiety and disappointment of not being there and then line up next year to do it all again in becoming a separated family. That time never comes back, no matter how you spoil them when back. All kids want is your time. Surely that is what is what the decision is in making life, not the actual accompaniment of the act of doing it.

mi-bike (Nov 17, 2021 at 14:20)
Wow, this is such a negative take. First, people who you say are "on their private journey and seeking ultimately applause and congratulations to stoke the ego" may in fact, imagine this, have a job that they love! Second, having kids is not always a "decision". Third, life is about trade-offs and compromises and while not ideal to be away that long, modern communication tools certainly have made things easier.

Assistedbygravity (Nov 18, 2021 at 0:59)
One can only assume that his partner understands his job and is comfortable in making it work with the support of family and friends which is all that really matters.....

FoesKnows (Nov 18, 2021 at 10:28)
@mi-bike: Absolutely, its not always a decsion. But once like anything an event occurs, and lets face it its always a possibility playing in this space, its what you do about the outcome that's important to those who now were equally not part of the decision. People make "job" decisions all the time about how a job will or wont affect a family and more importantly kids. What are sportspeople given a free ticket here?

aaronjb (Nov 17, 2021 at 9:18)
Certainly odd to see such a decline after that doping violation. Purely coincidence, I'm sure.