Video: Martin Maes vs a Racing Drone in 'Race Against the Machine'

Today, technology - and drones in particular - makes it possible to produce high-quality content and to follow the exploits of extreme sportsmen and women in action very closely. Martin Maes, a mountain biker and enduro world vice-champion, wanted to challenge a race drone and see if this remote-controlled device would be able to follow him throughout one of his training courses. 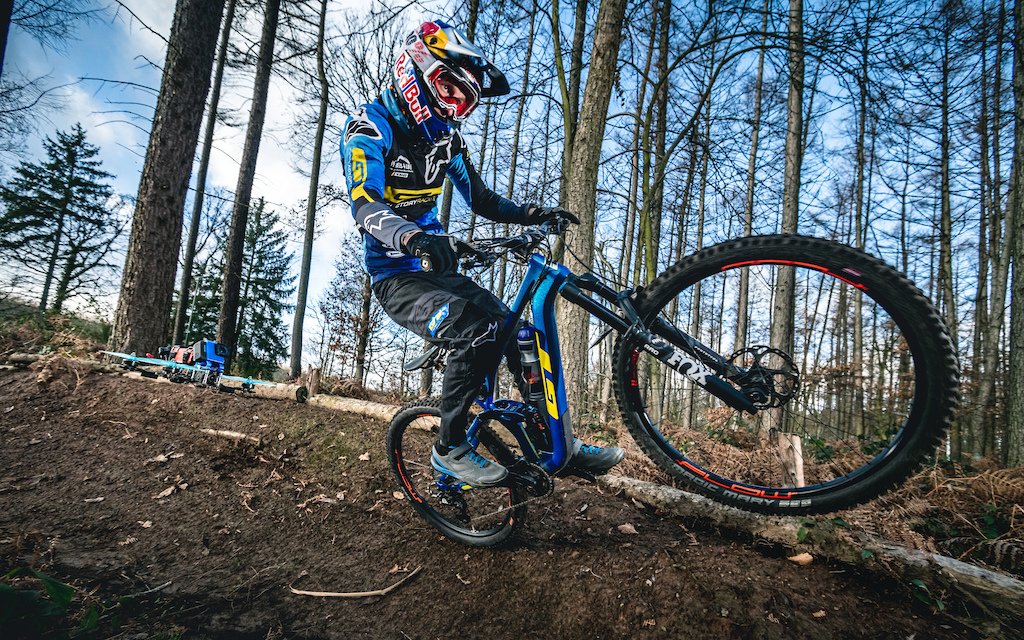 For Martin Maes, whether in competition or on every training outing, there is only one thing that counts: speed. Going fast, as fast as possible. As an introduction to his project, Martin explains:


That's all it took to give Martin the idea of an original racing format, which he filmed with the help of a small production team. Martin simply challenged the drone and its pilot, and suggested that they organise a race on a downhill track. After a few consecutive runs, Martin and the race drone, through the intermediary of his pilot, literally pulled the whip for a high stakes downhill race! Hence the name that was also given to this project: Race Against The Machine. 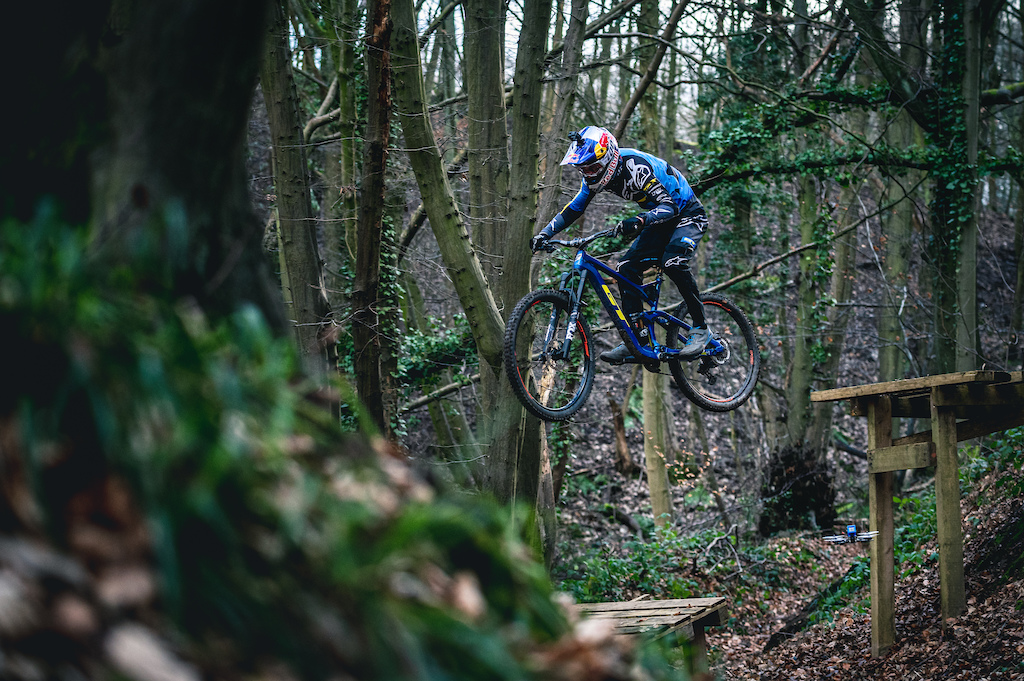 The story doesn't say whether Martin has already decided to challenge another machine, for example on his simulator or at the controls of a console ... before he finds his way back to the trails and the path of enduro competitions. In the meantime, he too is making the most of his time to stay in shape, respecting the confinement rules. We can also specify, for all intents and purposes, that the filming took place before the directives dictated by the current health situation, and that Martin simply chose to publish the video at a time that seemed appropriate to him.

roma258 (Apr 16, 2020 at 6:58)
Maes may not be the most exciting personality, but I love his riding style, so clean and precise, but also not lacking in steez. Dude just dances on the bike.

I listened to a podcast with either Loic or Loris, and they basically said the reason the French had such reputations for being uptight asses back in the "old" days was the language barrier and them not being willing to look "stupid" by speaking English poorly. The younger riders are much more comfortable with English and much less self-conscious about it.

PauRexs (Apr 16, 2020 at 9:26)
@Adamrideshisbike: Yes just wanted to point out the opposite... recently I would say at least 50% of all the big stars of our sport have english as second language...

bermdweller (Apr 16, 2020 at 21:34)
Extreme precision on the bike, max confidence in his own ability, a person who truly lets his riding do the talking....big PROPS

PauRexs (Apr 17, 2020 at 0:10)
@bermdweller: what the public saw about him what he did in Ainsa EWS into the wholy tricky part of the blue ridges was beyond words... So much above anyone else... It's s pity we cant really figure out all his talent yet on comera... i only have shity phone record...

BiNARYBiKE (Apr 16, 2020 at 8:25)
Maes is great; that was... oversold? I’d feel much more satisfied right now if the title had been simply “one minute with Martin Maes” with a caption that read, “enjoy a minute of Martin Maes shredding his local trail with a racing drone.”

fullendurbro (Apr 16, 2020 at 8:18)
That drone was filming, not racing. My buddy BASE jumps with a wingsuit and racing drones can beat him. Pretty sure Martin was going 170mph here.

mi-bike (Apr 16, 2020 at 12:43)
The gps overlay also gives this away, with constant separation in tight turns and on straight sections. Drone was simply following.

VFreehd (Apr 16, 2020 at 11:08)
ya know what's so weird, last night I had a dream Rude and Maes were on the new Fox rear shock and it kept utterly failing during the most crucial moments of their races until Maes threw a big fit ranting on Fox's failures and then he switched to Rockshox. Have no idea where that came from as I've only had good experience with my Fox suspension!

ICKYBOD (Apr 16, 2020 at 8:36)
I was flipping around tv and there was a drone race. Would never have expected that to be interesting- but was captivating. 100 mph around a tight corner and through a hula hoop- dizzying. Maes is always fun to watch even if the drone was holding back.

blowmyfuse (Apr 16, 2020 at 12:10)
I can't stand drones. Everywhere you go now, you think someone is weed eating, but nope, there's some tech-nerd with his VR glass nozzles on his face folded in half in a puddle of human laziness buzzing people trying to unwind and ripping through trees like some 17 year old in a beat up WRX going around a roundabout in downtown like he's in Fast & Furious puffing on his vape pen.

My reason for wanting to go is the same as the reason I talk myself out of it. I want to see the amateur class, not the pros, so I can see someone sliding off into a pole. And yet, my luck is terrible and I'm certain I'd be in front of the pole they slide into.

RedBeardFPV (Apr 16, 2020 at 8:21)
Come on GT, at least hire a competent pilot. The drone footage was crap. Nice riding through, fun concept but there are way better videos of mtb / racing drone videos.