With the annual EVO Bike Park Jam postponed this year along with so many other great events, Hutchinson decided to bring together a few of their big name riders to recreate the MTB community jam vibes, in a socially distanced format.

If you’ve been missing tearing up the parks with your riding buddies in 2020 then this new edit, located in the foothills of the Alps in Digne-les-Bains, France - perhaps one of the most beautiful bike parks in the world, is an ode to you and a reminder to keep the stoke alive. 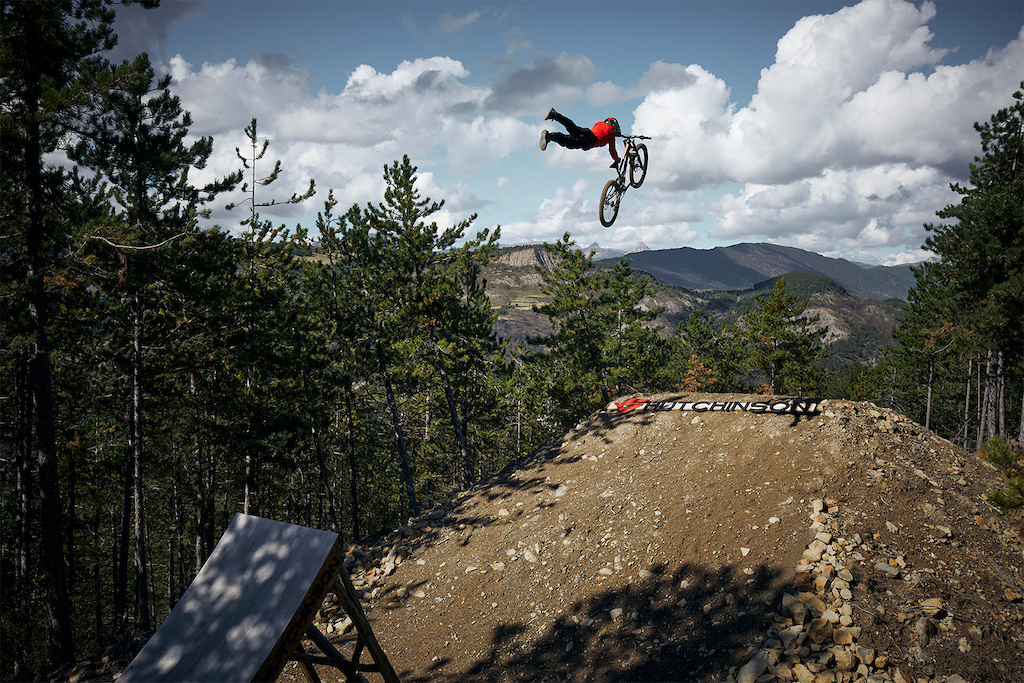 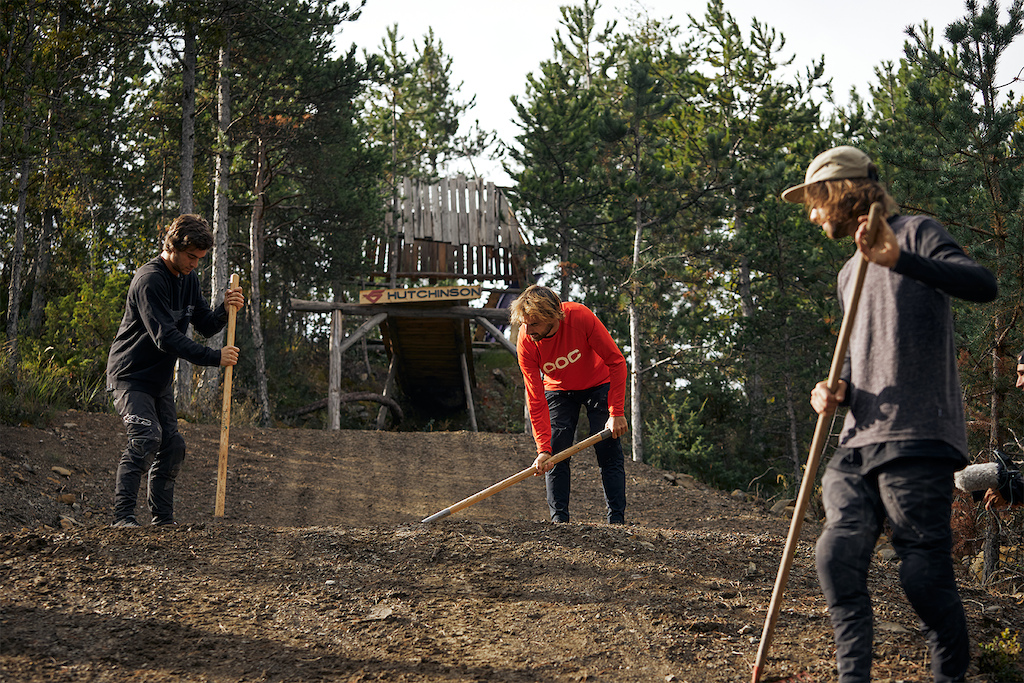 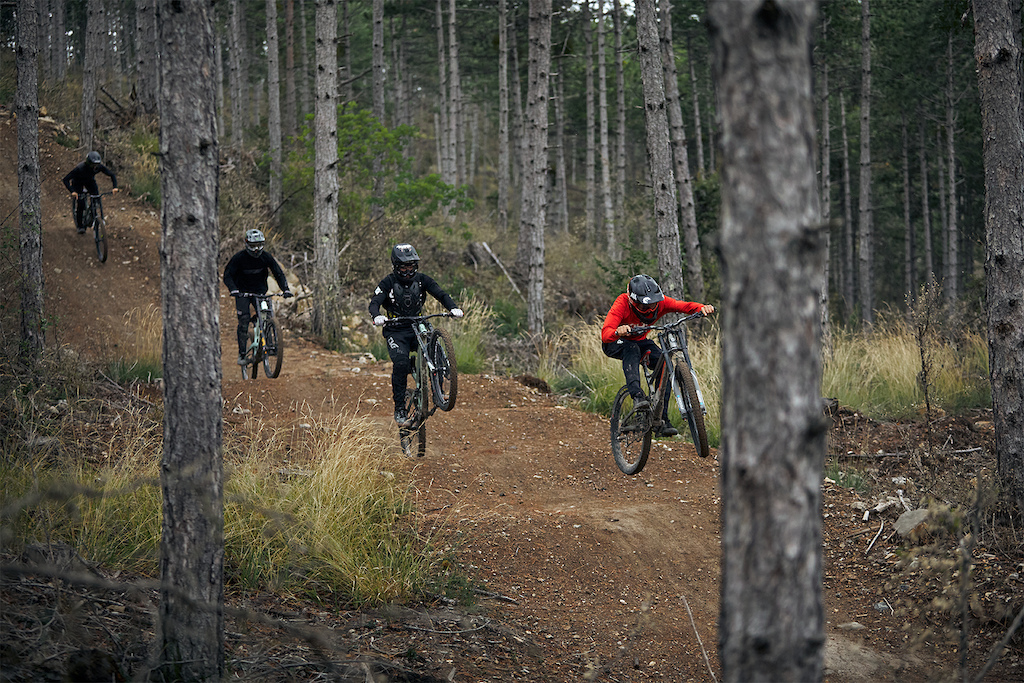 Olivier, Antoni Villoni, Adolf Silva and Hugo on the Whip it

Focused around the first kicker and the final step-up (after some much needed reshaping) of the Griffus Line - named after Hutchinson’s flagship gravity tire; and utilising the immense 50 jump long Whip It trail, Olivier Cuvet, Antoni Villoni and Adolf Silva joined forces with EVO Bike Park crew members Hugo Schoonheere and Romain Baghe to create one almighty train. 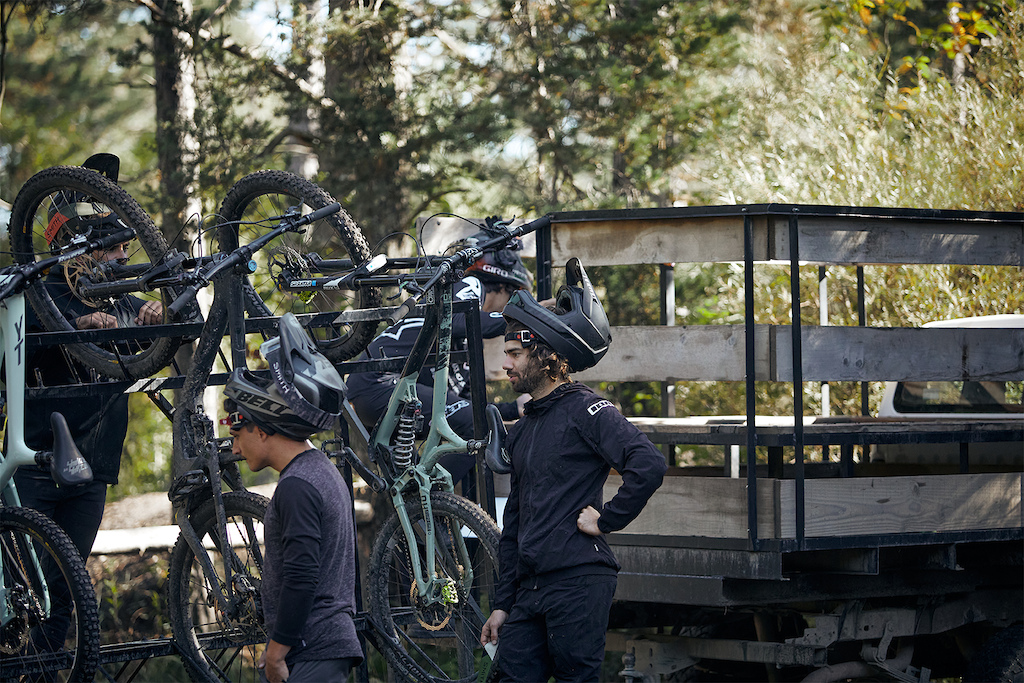 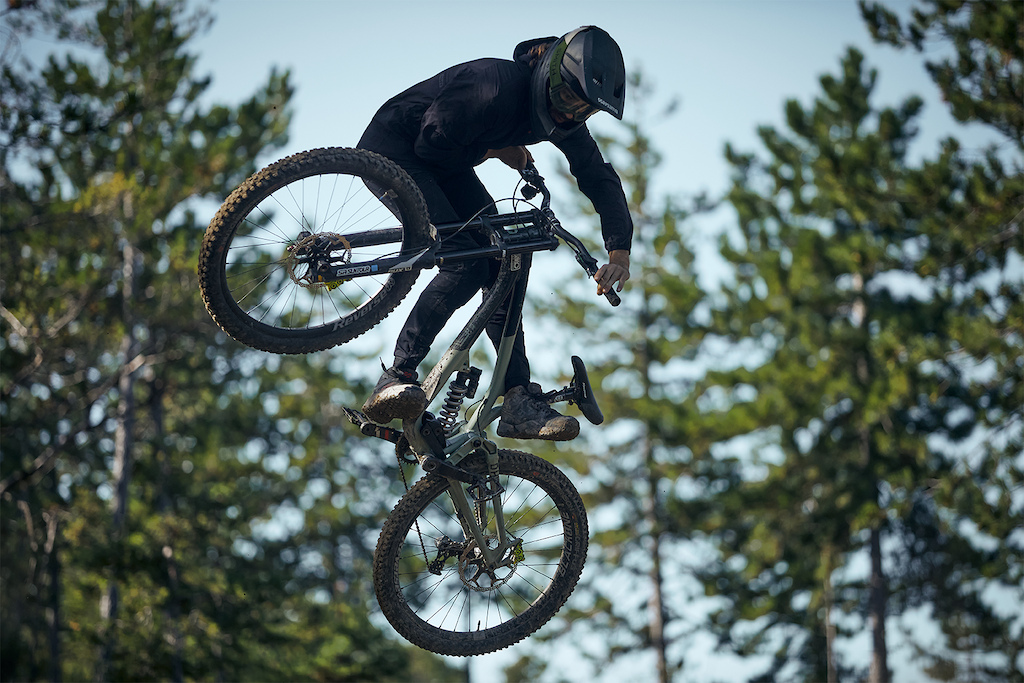 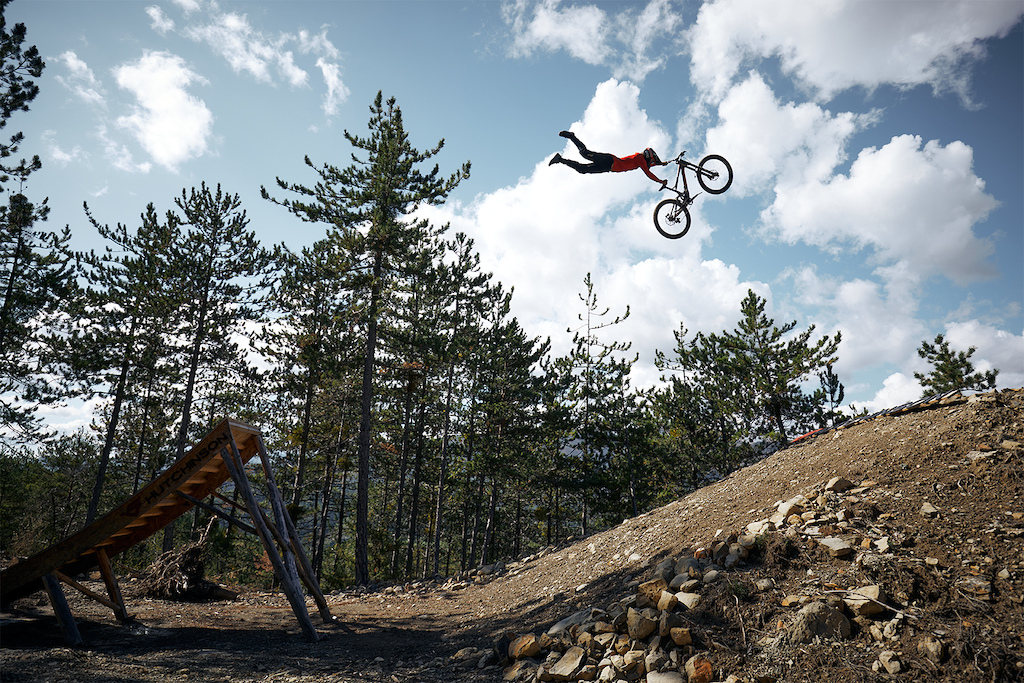 Olivier Cuvet - Superman Seat Grab on the first part of the Griffus Line
The Griffus Line, officially opened during the 2019 jam, was designed to offer something more extreme for the world’s best to train on and have fun with. As such, it features monstrous step ups, kickers and jumps of up to 19 metres long, to provide maximum airtime. 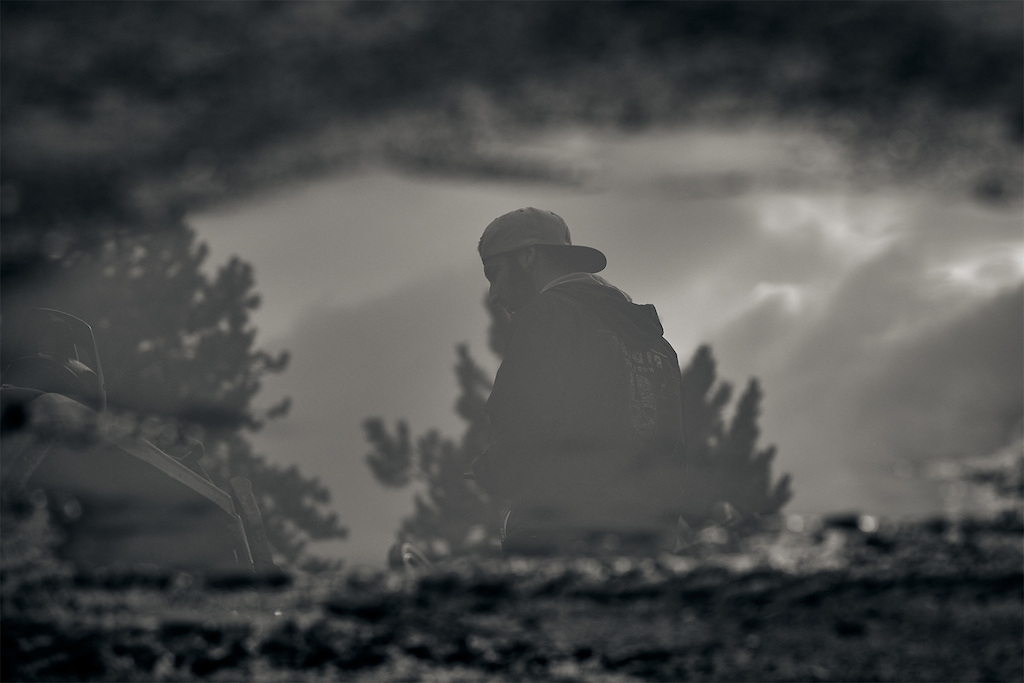 Arts and Mountain biking have never been so close 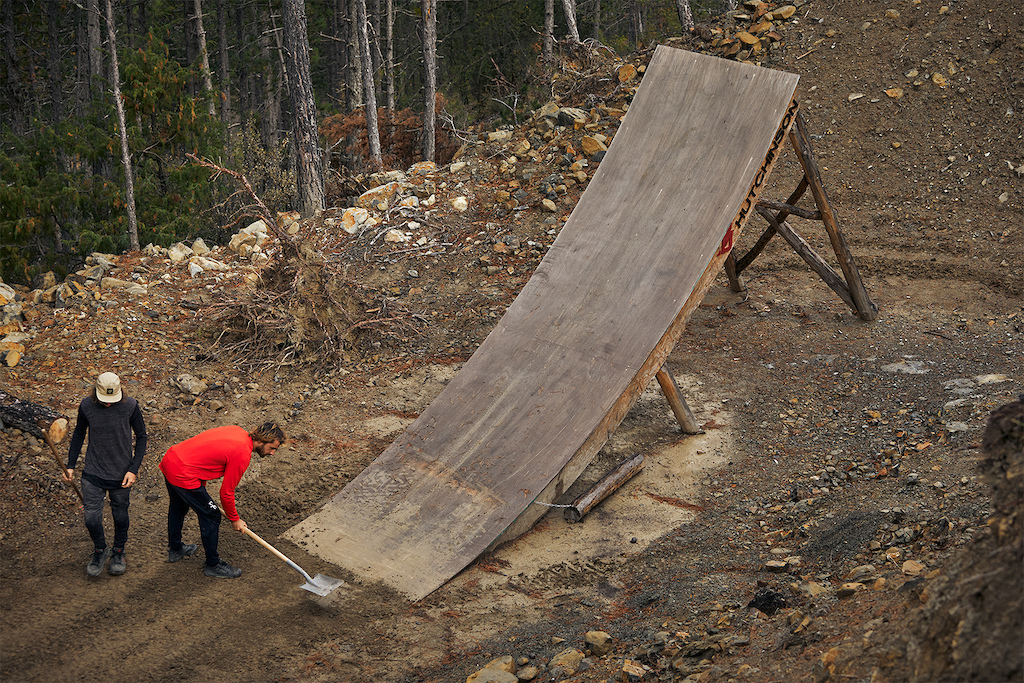 Olivier and Hugo making it smoother for the 12m jump
Filmed by Pierre Henni and shot by Maxime Rambaud between lockdowns in France which have sadly once again seen the park close to the public, this dream team of riders put on a masterclass in absolutely sending it on behalf of all of those who couldn’t be there.

The session trick list, including a huge fully extended superman by Adolf, superman seat grab & toboggan over the road gap by Olivier and an insane cliffhanger & backflip on the 12 metre step up by Villo is complemented by the style, flow and commitment of locals Hugo and Romain. 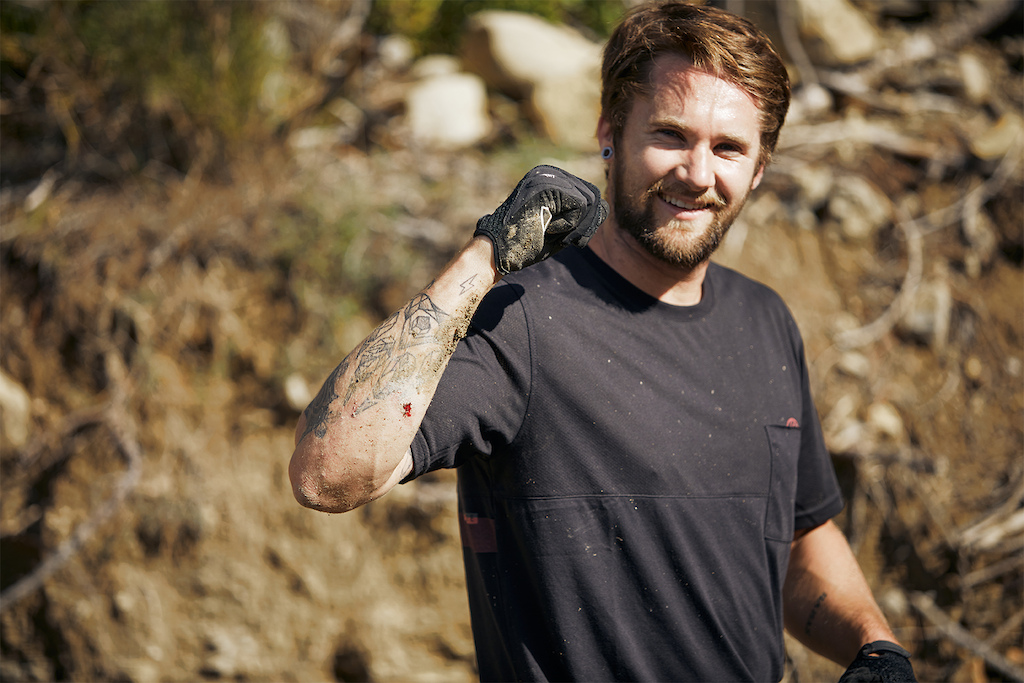 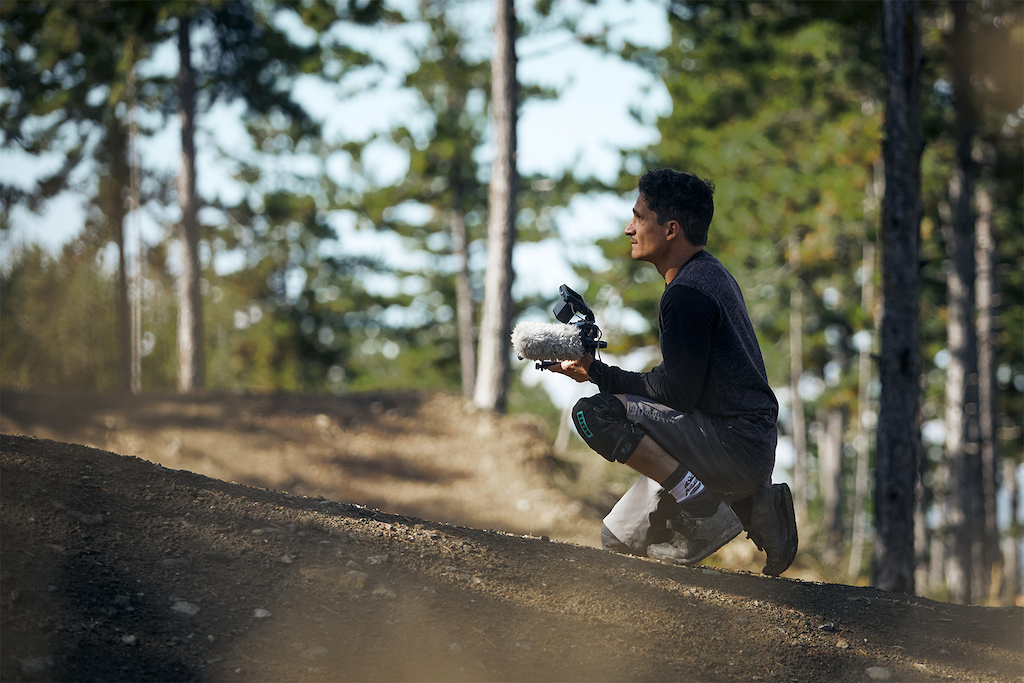 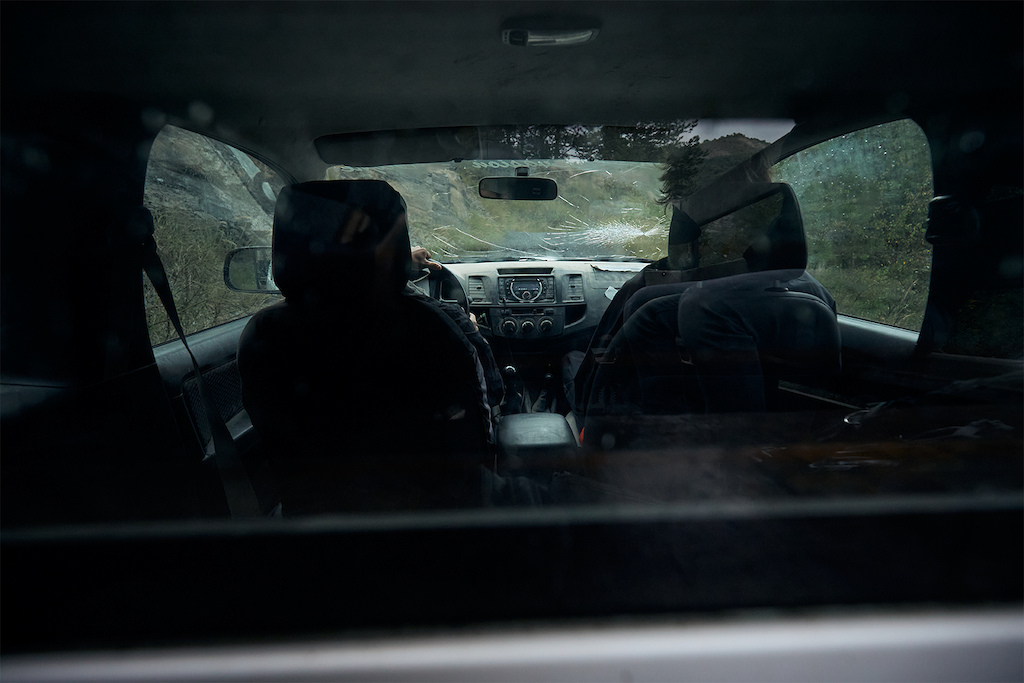 How long will this windshield last ? 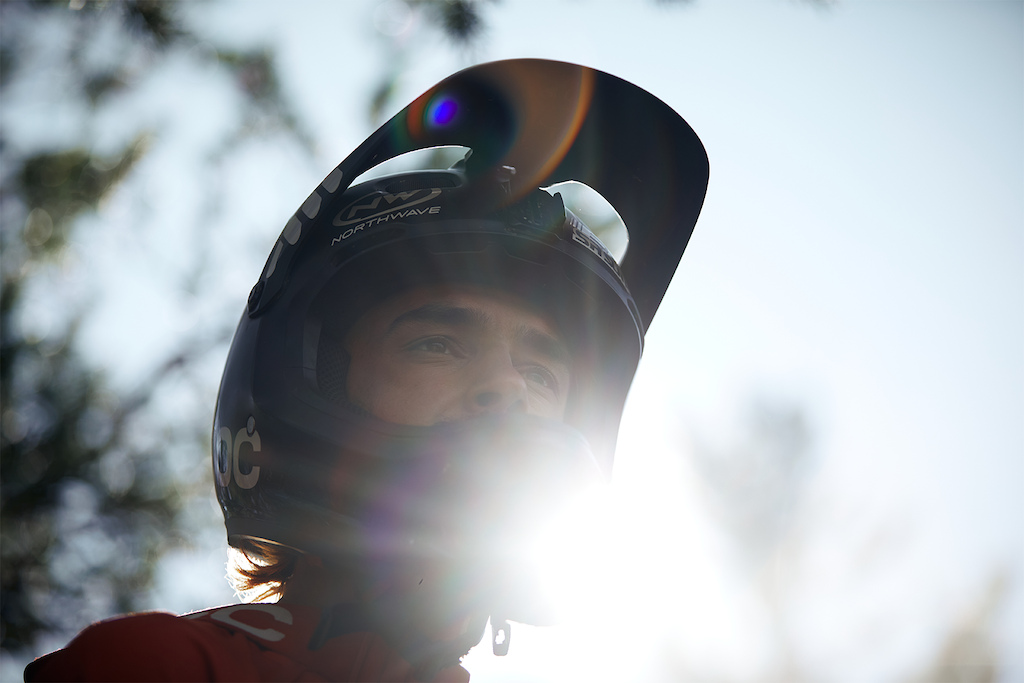 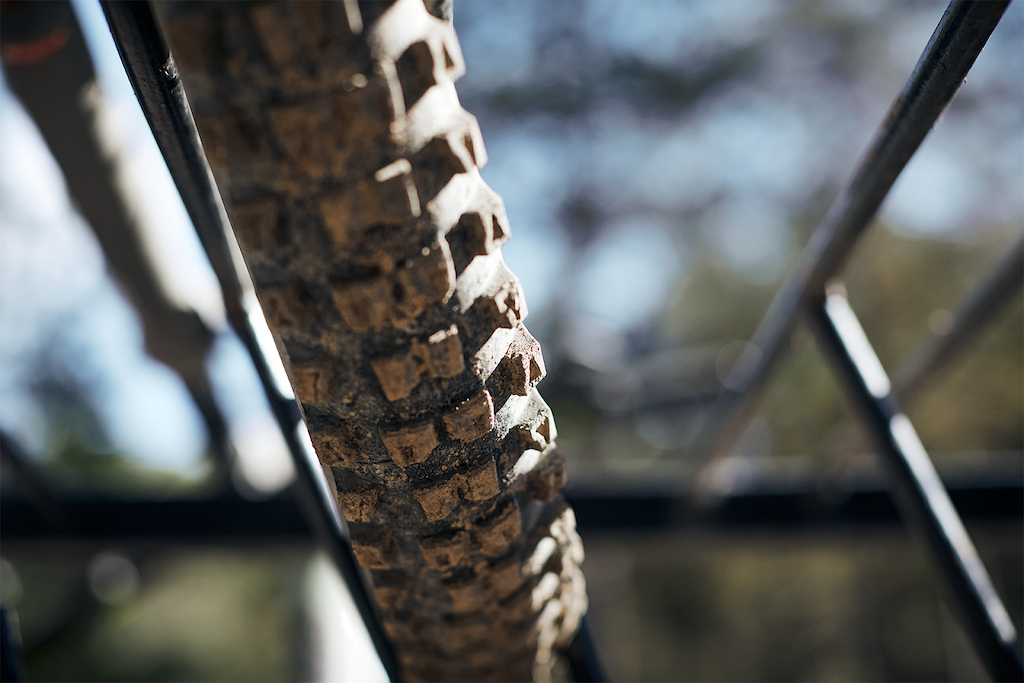 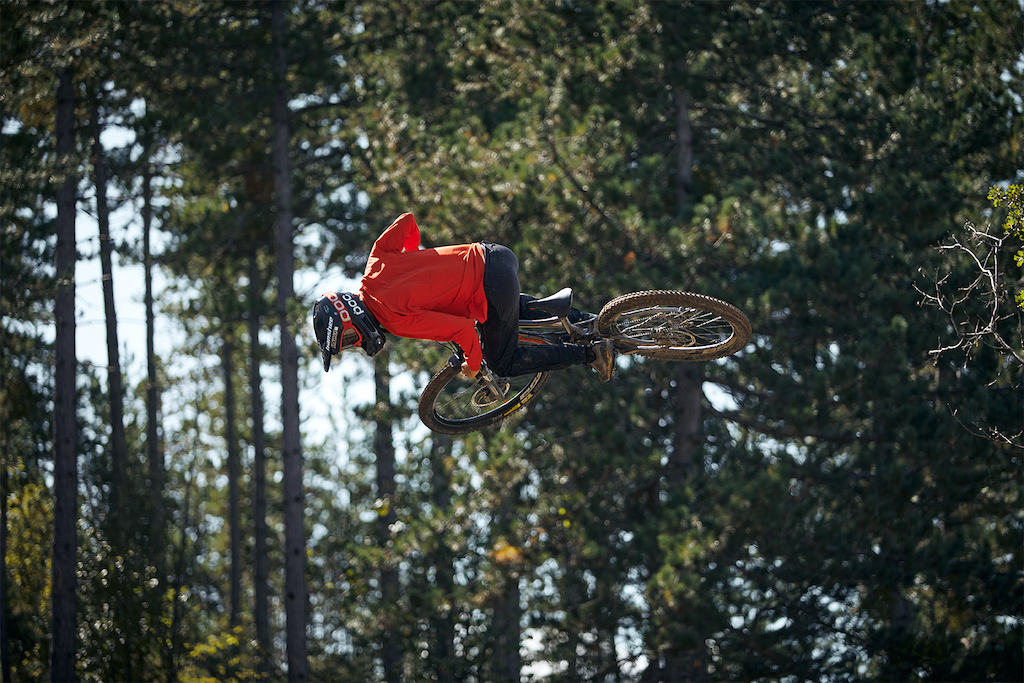 Olivier Cuvet - flatspin
Rounding off the jam session in typical fashion, the riders fired up the grill, cracked open a few beers and looked forward to the next time the EVO Bike Park Jam could take place. 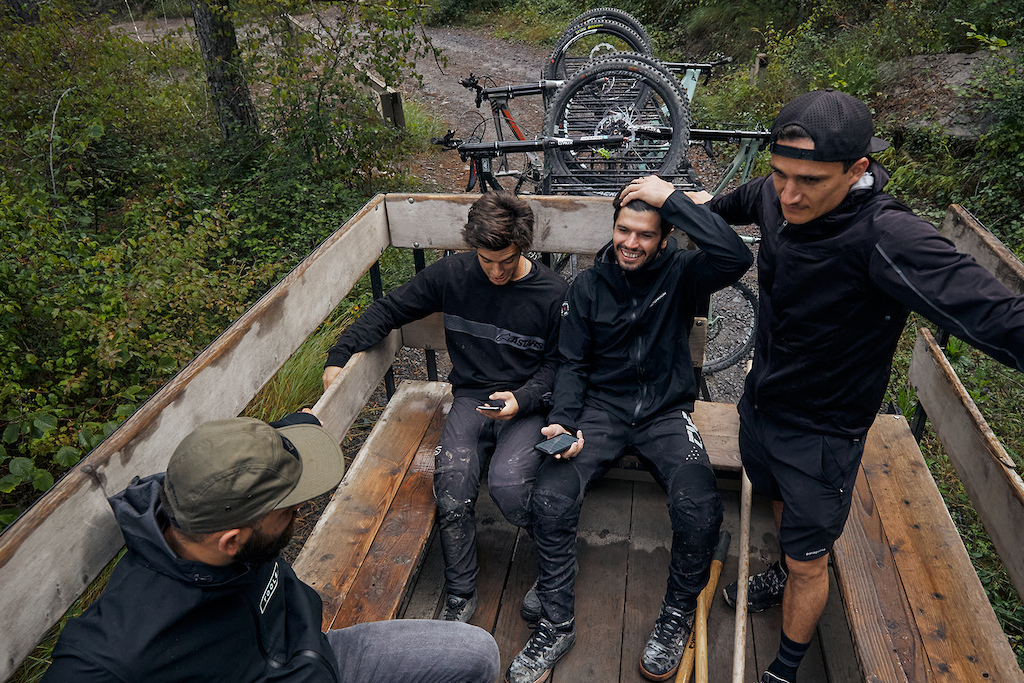 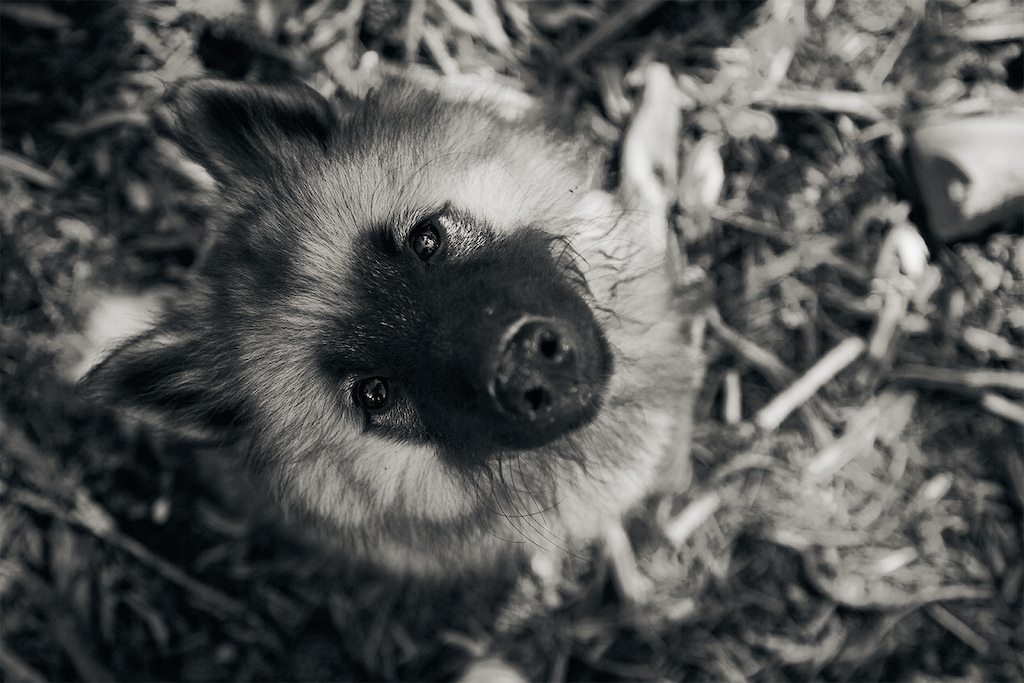 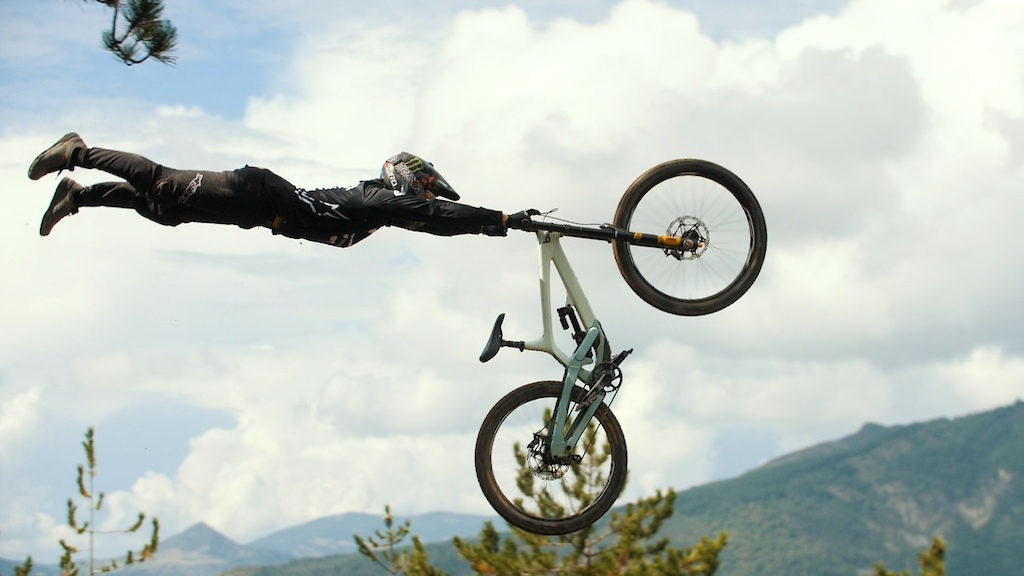 Fifty50Grip (Nov 8, 2020 at 19:32)
Why taunt me with such extreme riding when I cant even dream of doing superman like Silva, I may wake up in cold sweat if I dream of me doing a superman. That said, still a damn good show.