The air is dusty and unsettled. Shadows fly overhead through the trees. Away from the crowds of Crankworx, isolated in the woods, the only sounds come from a distant buzzing and branches snapping. A dance with the devil is happening just out of sight. A dark figure blurs its way down the mountain, leaving ruin to the dirt sculptures in its wake. Few have witnessed what happens deep in the woods of the Sunshine Coast. But some things can only be seen in the shadows.


The ambiance around Coast Gravity Park provides a stark contrast to that found in mountain biking’s mecca of Whistler. Those willing to sacrifice lift line glory laps will instead find a small paradise welcoming those that seek isolation in the woods. The relaxed mood and mellow vibes are those that can only be found off the beaten path and away from the rest of the world. It’s a calmness only disturbed when the shuttle starts up the hill, giving riders a chance to glimpse what lies hidden under nature’s giants.

Each trail flows with the terrain, giving riders a sense of flight through the ferns and pines of the pacific northwest. The dirt sculptures of the bike park provide a canvas for riders to draw their own creative lines through perfect berms and crafted doubles. For those willing to explore deeper into the woods, ancient relics and dinosaurs from times past wait patiently for those brave enough to face them. Monster bridges, fallen jumps, and treacherous gaps show the work of unsung dark warriors who find their glory only in the eyes of ancient giants. 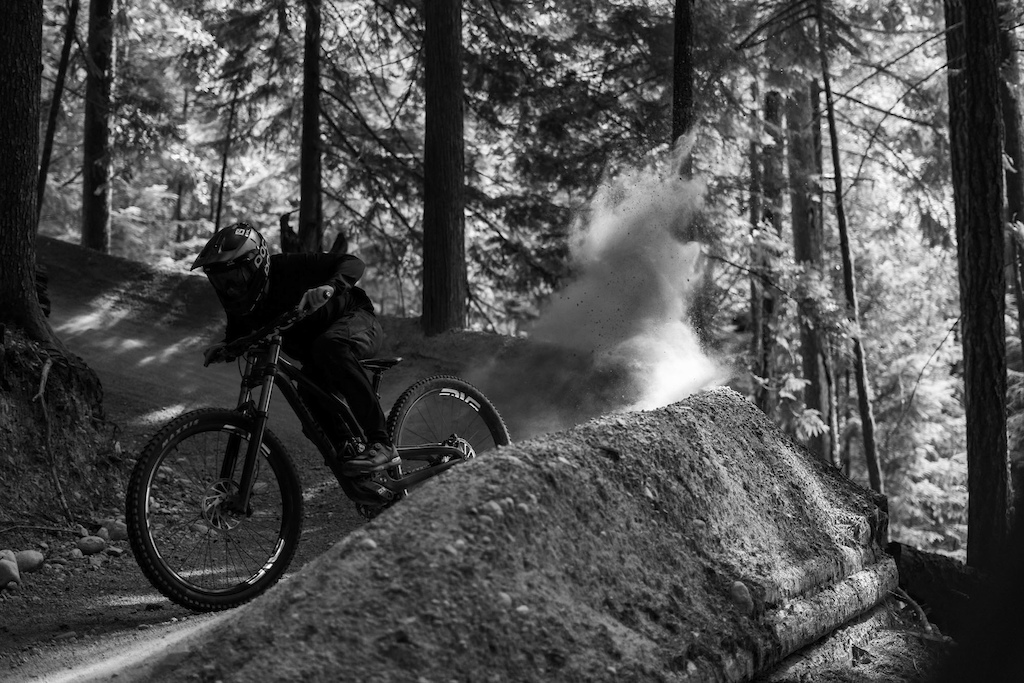 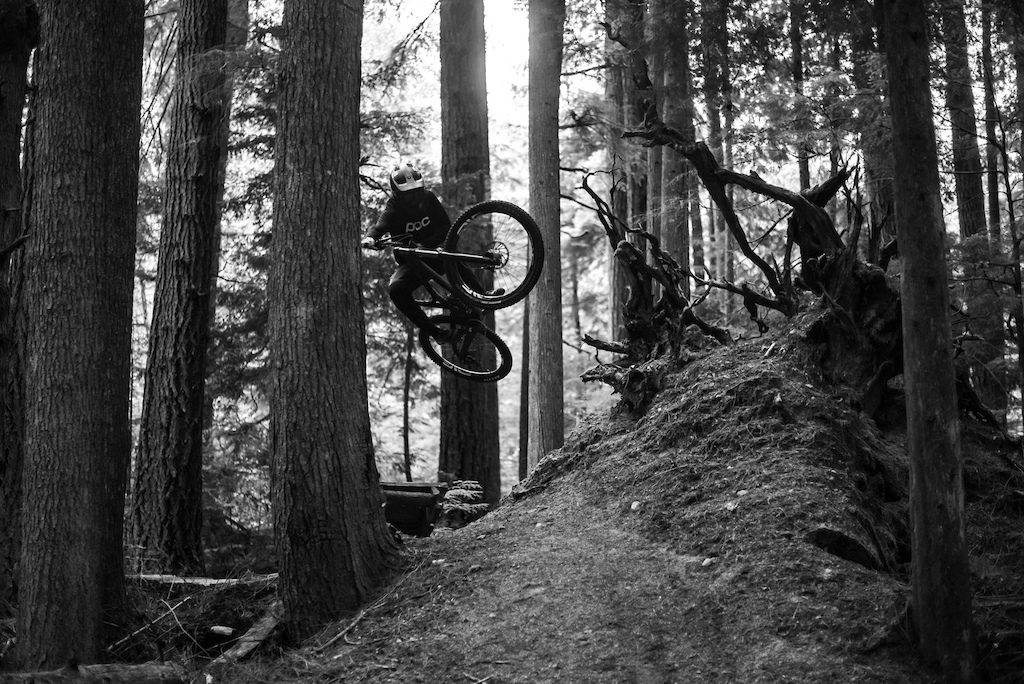 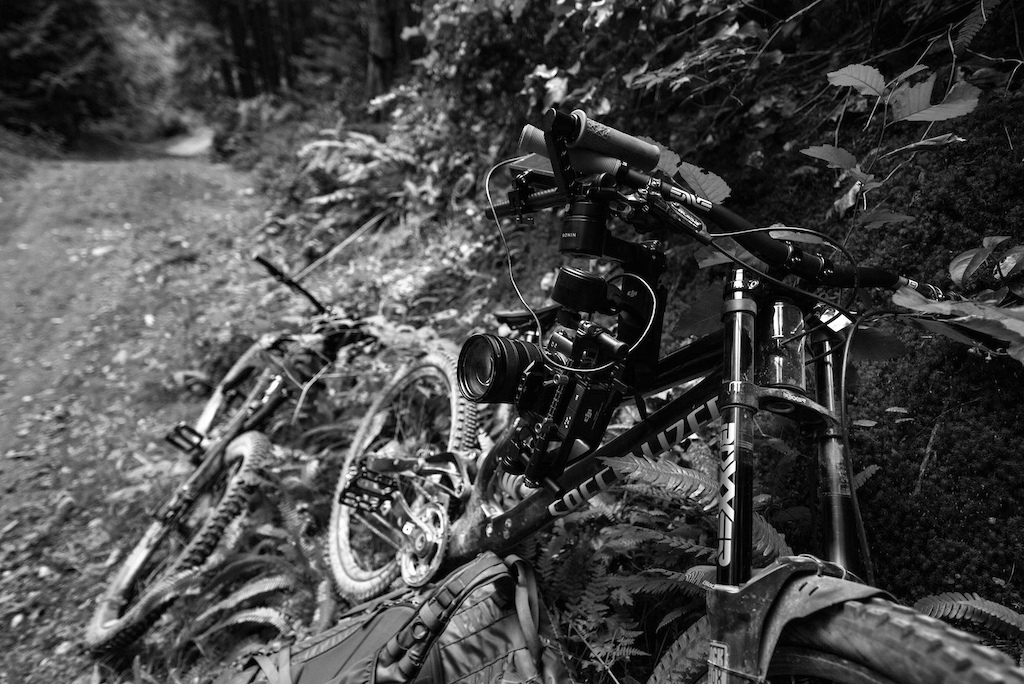 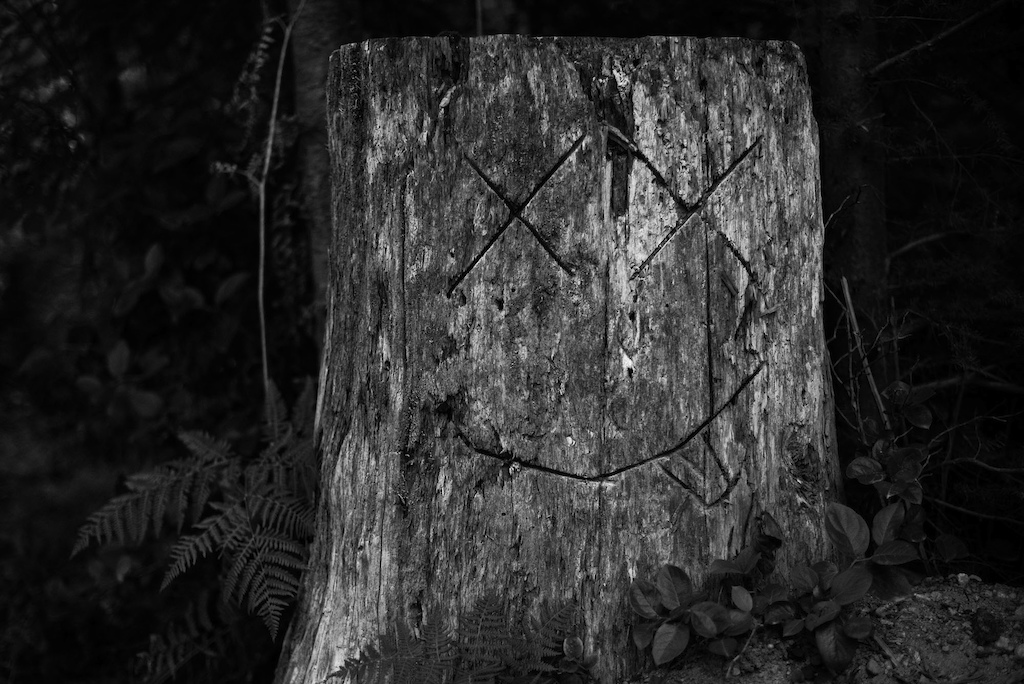 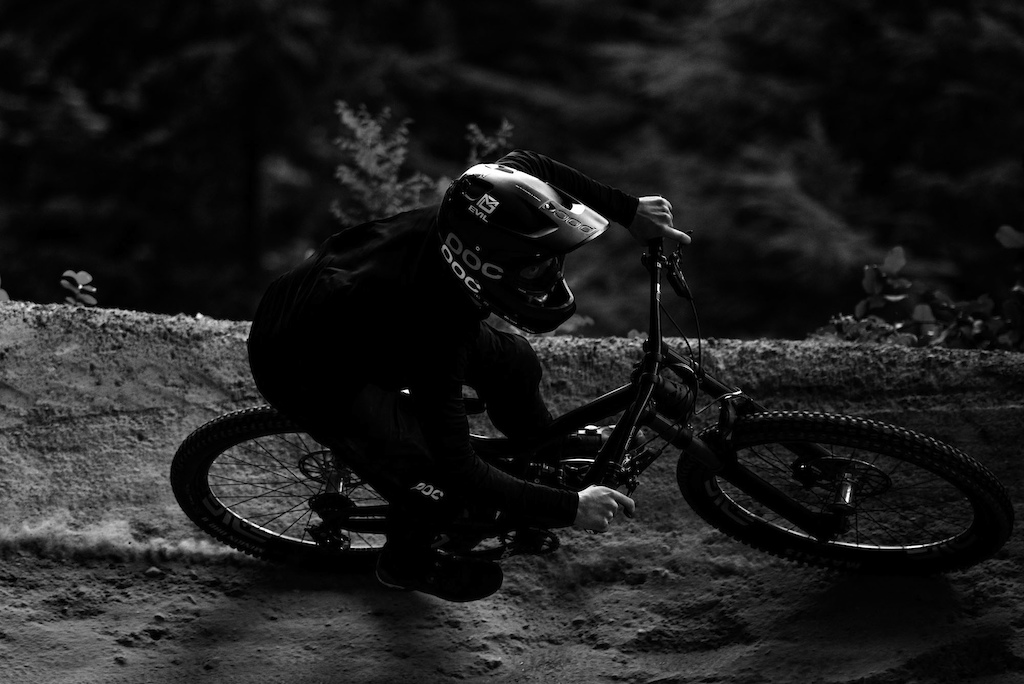 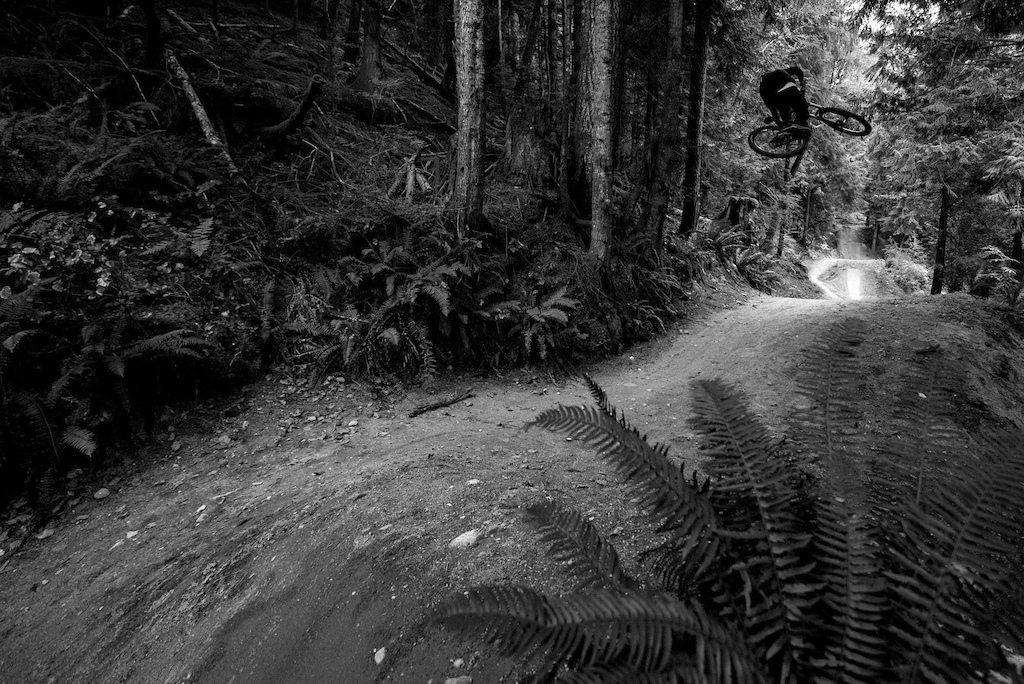 Who Is Giese?
Mike Giese rides like a bat out of hell by day and is instafamous at night. A former AMA motocross pro and now an EVIL design guru, his skills on two wheels are mind-melting. The crew at ENVE followed him to Coast Gravity Park last fall to see how he’d interpret it on his partied-out Wreckoning, fitted with ENVE M730s. Be sure to follow @steezygiese765 to see more face-melters.

Thank you to the team at Coast Gravity who let our raggedy crew in to film, and who let Giese do some shralps for the edit. Your trail builders are second to none!

Enjoy this edit and accompanying words if you’re hunkered down at home and remember to be responsible if you’re out riding. 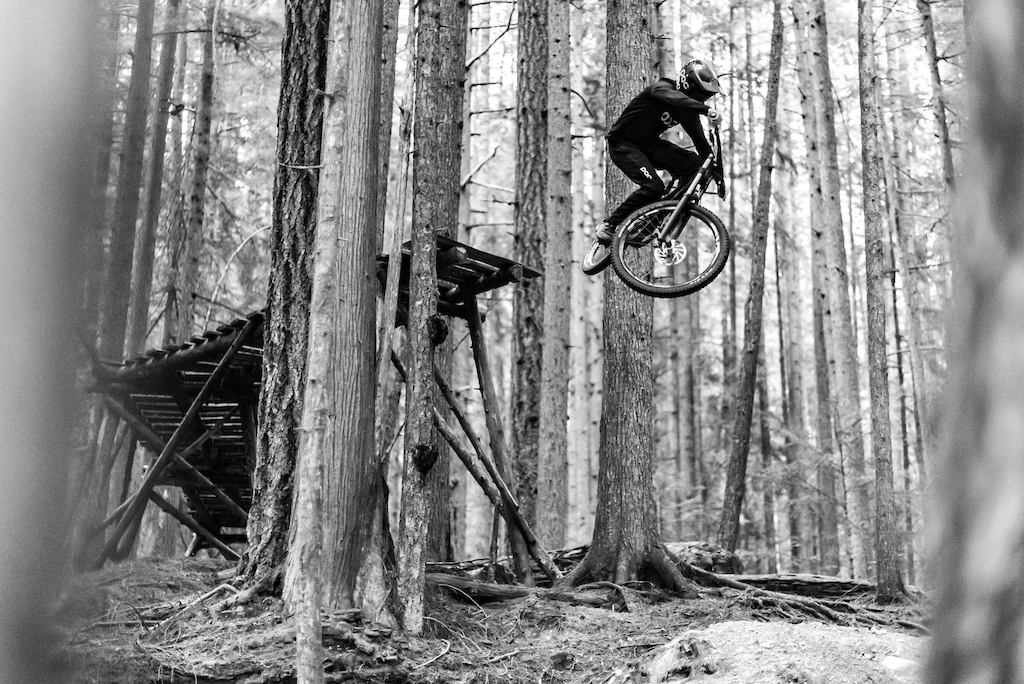 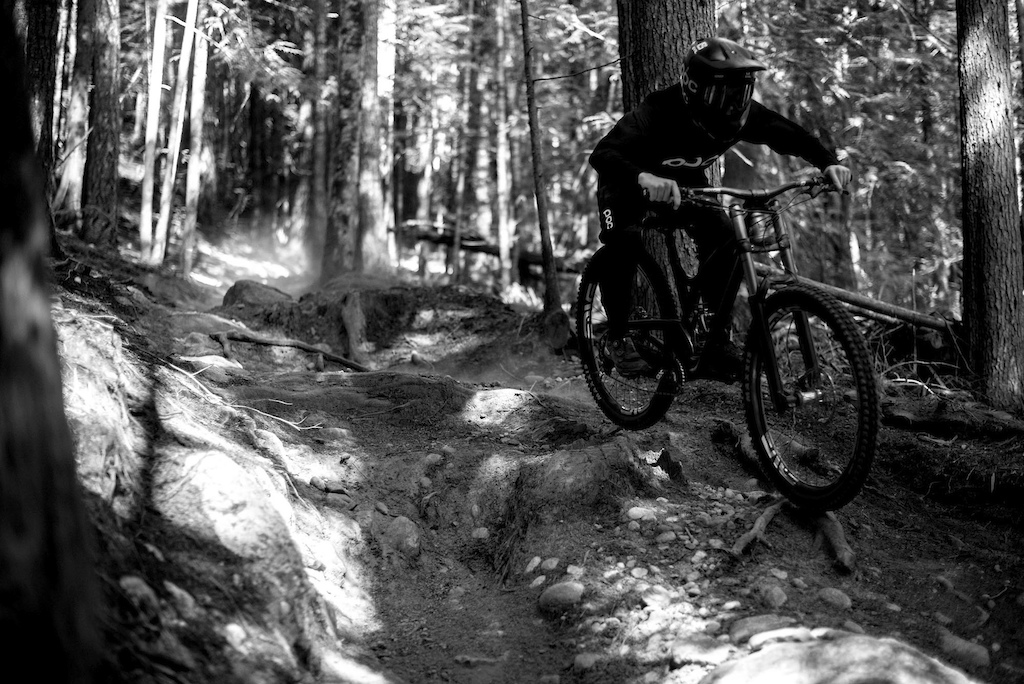 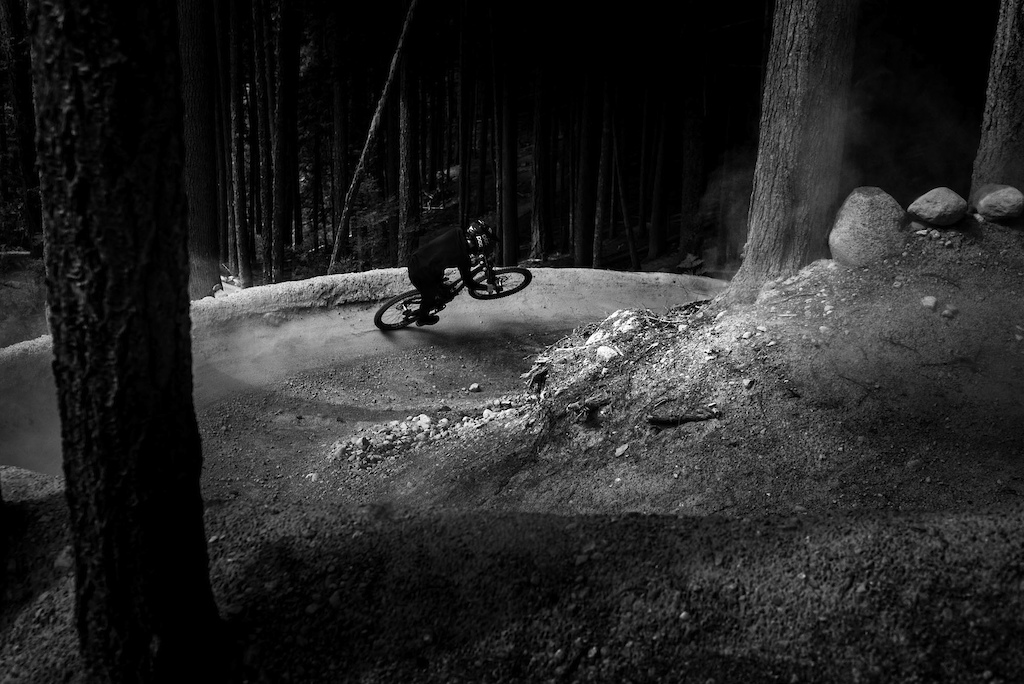 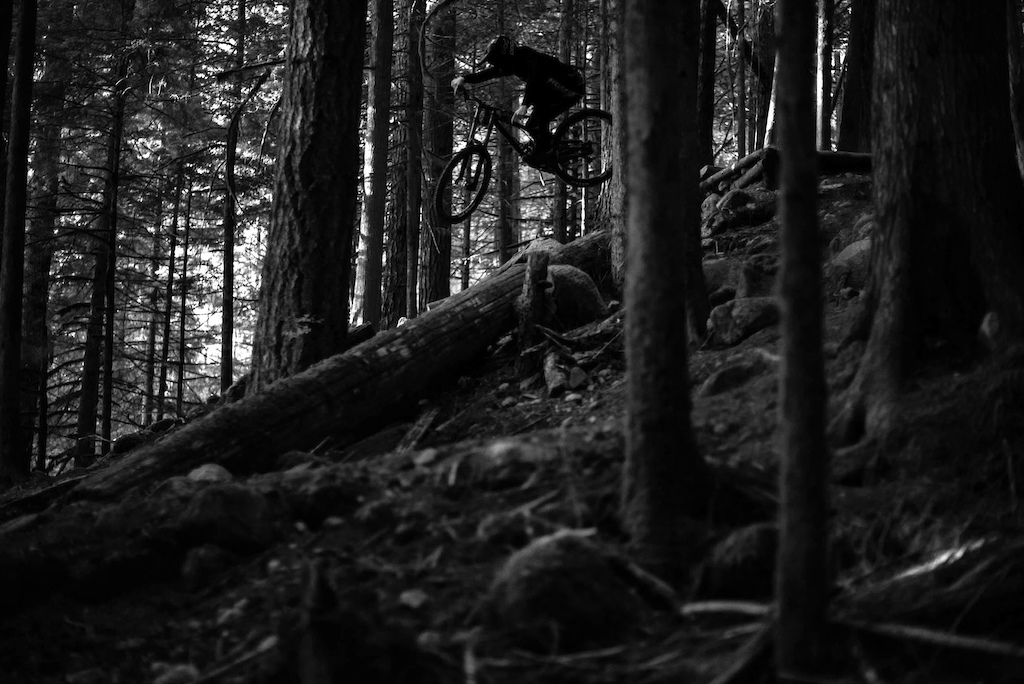 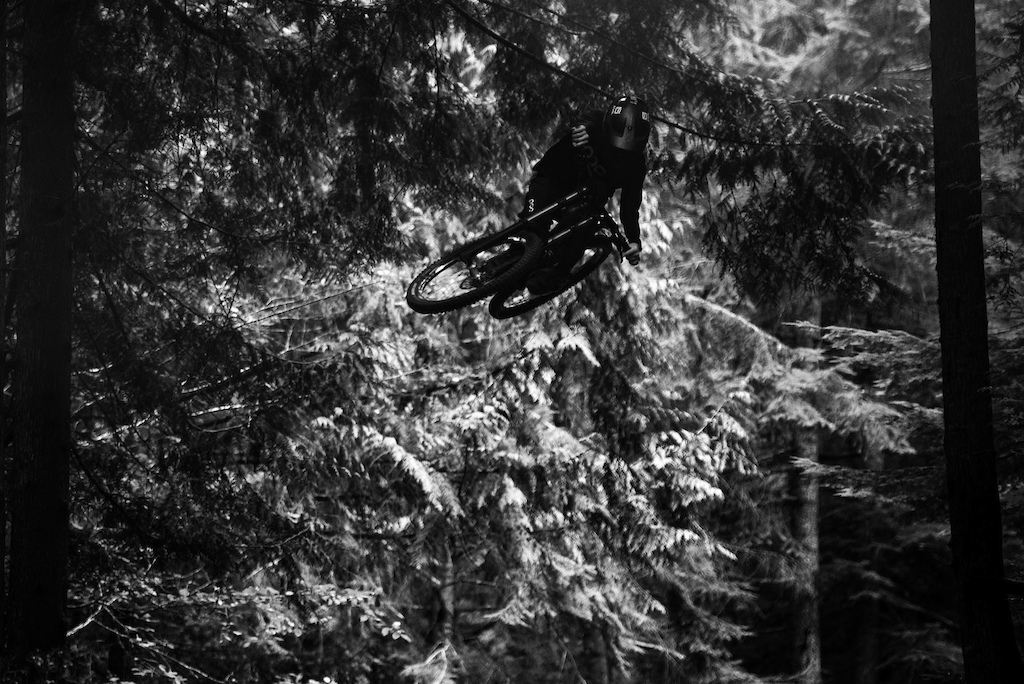 Making the Music
To match Giese’s speed and the moody natural lighting in the park, ENVE sought out the perfect soundtrack. Disappointed with standard royalty-free tracks, we took it upon ourselves to find a local metal band to create something unique. We commissioned Swarmer, out of Salt Lake City, to record an instrumental song for us. We'd like to thank them, along with Counterpoint Studios and Cal Cruz for being up to make something special for us. Download the song and support local music on Swarmers profile on Bandcamp. 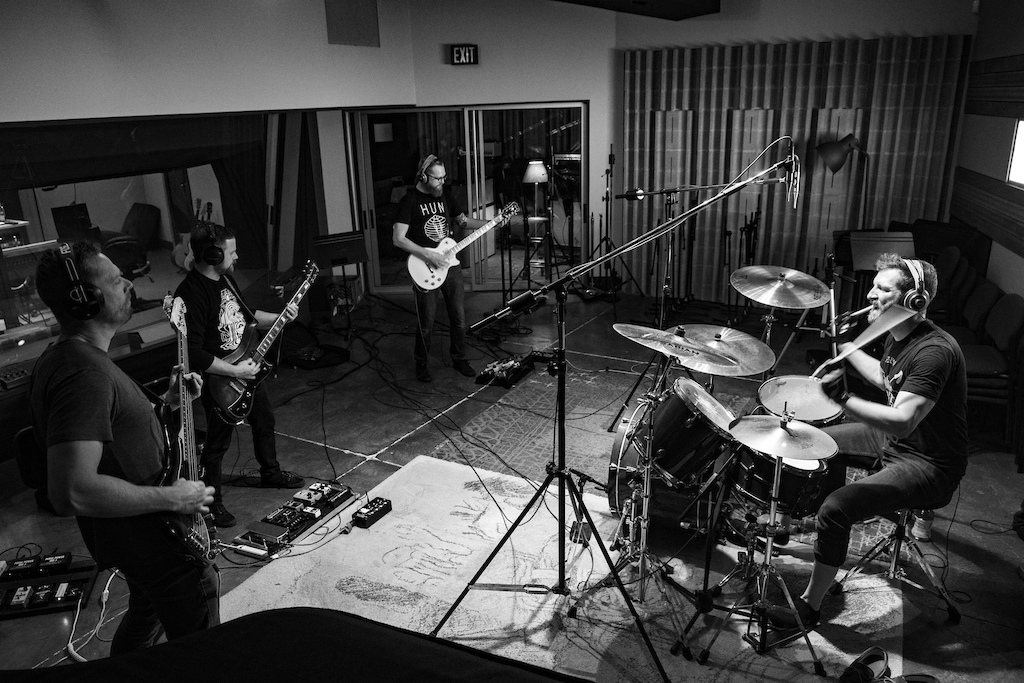 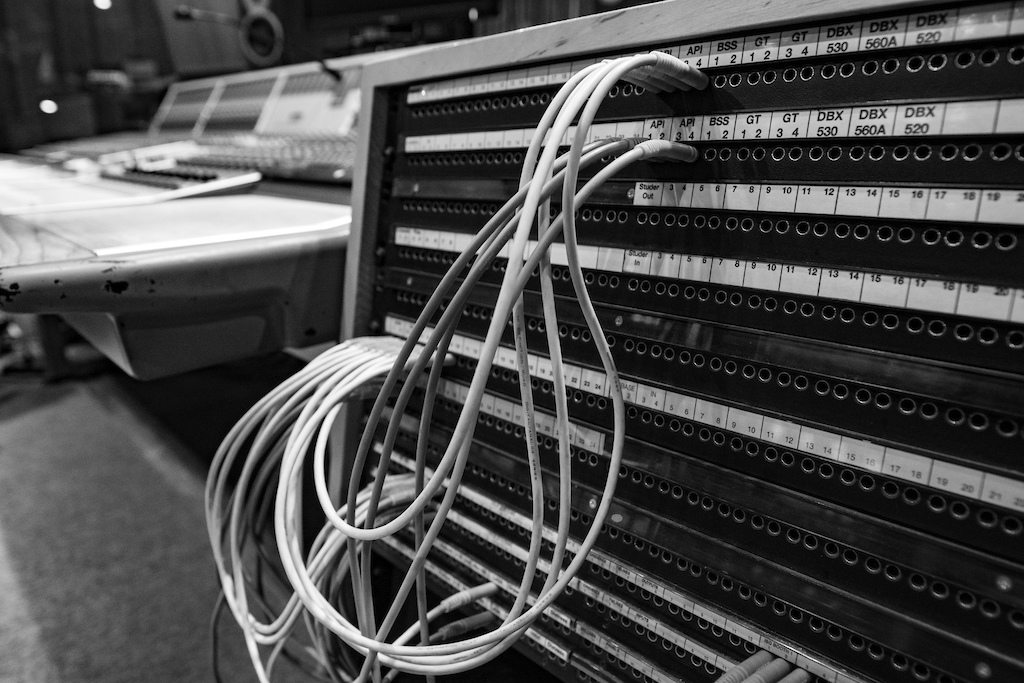 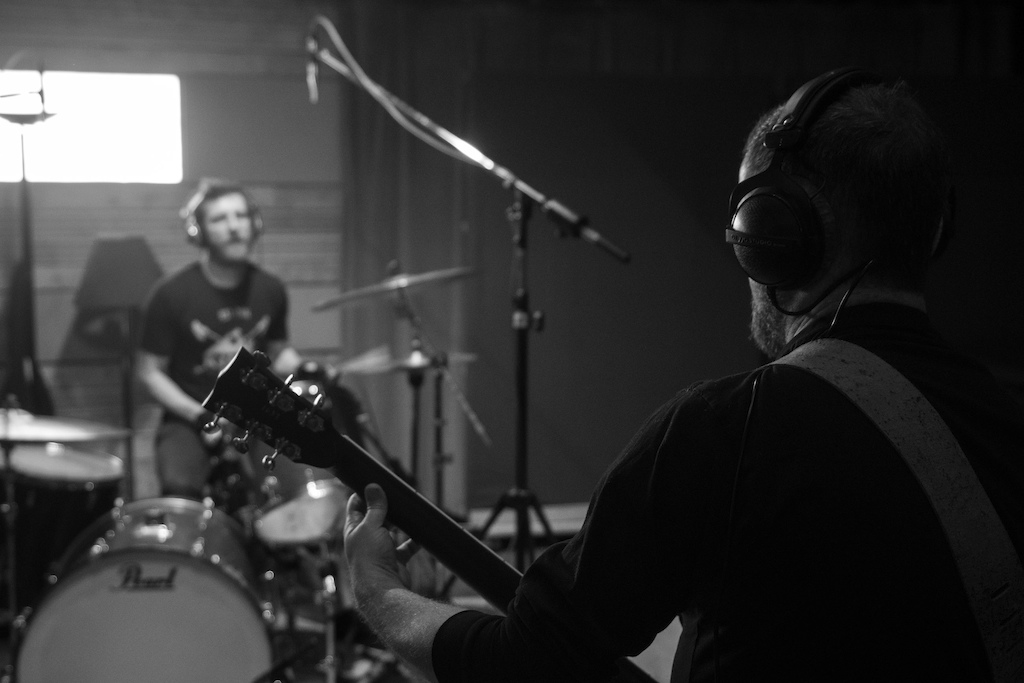 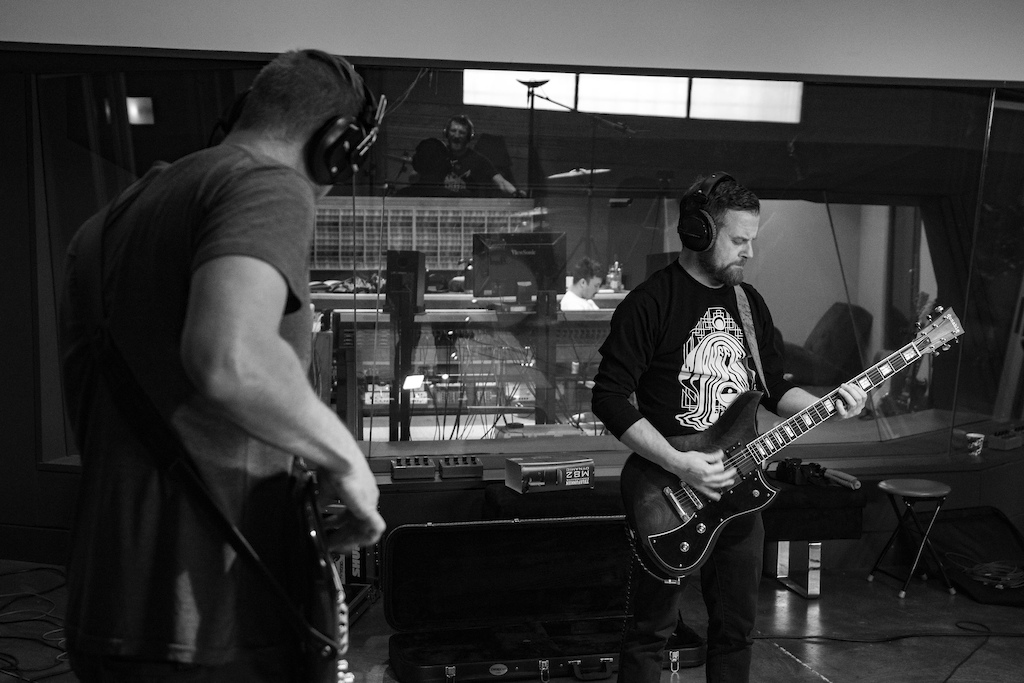 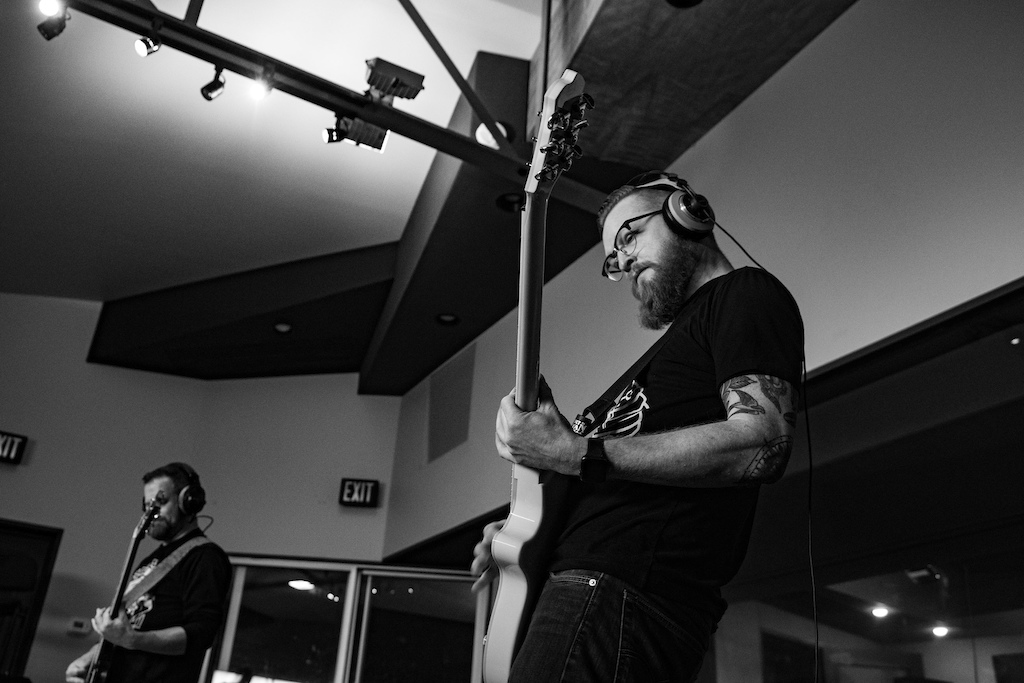 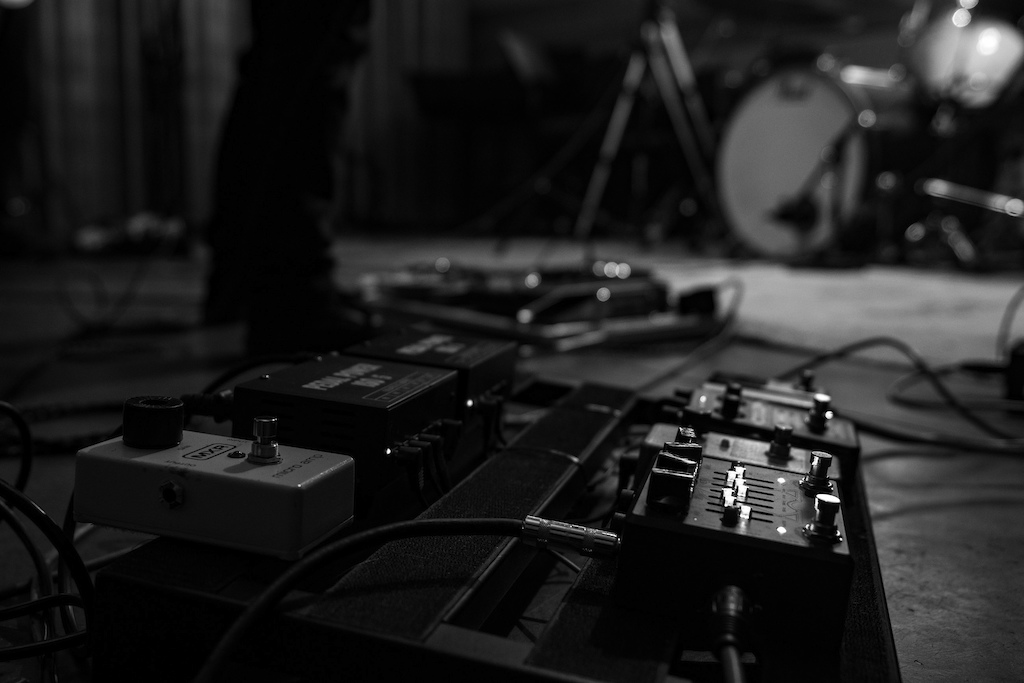 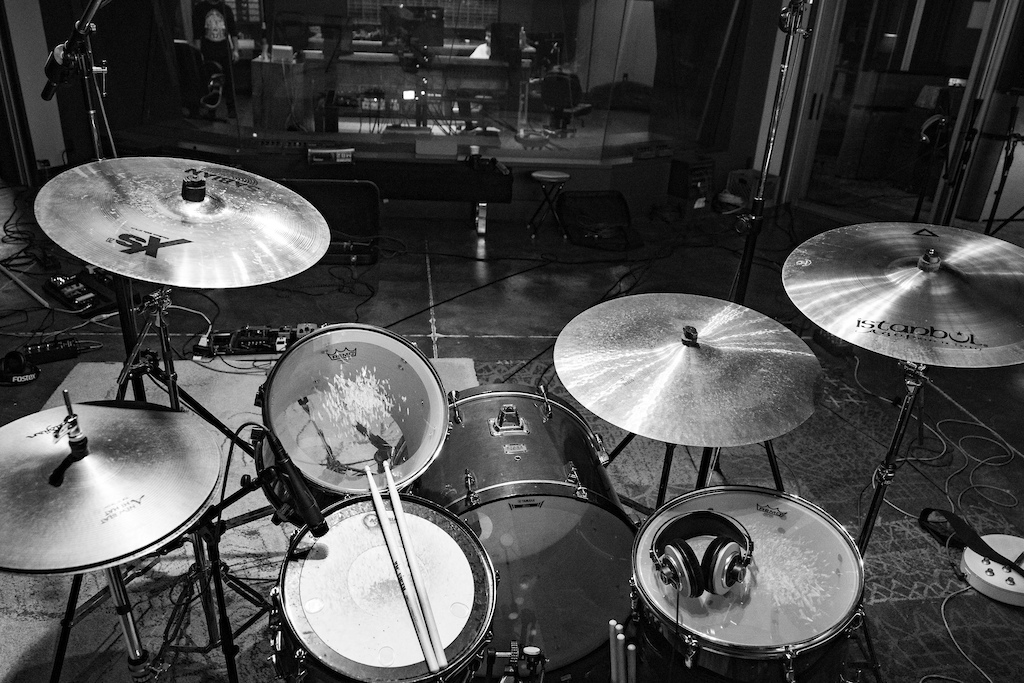 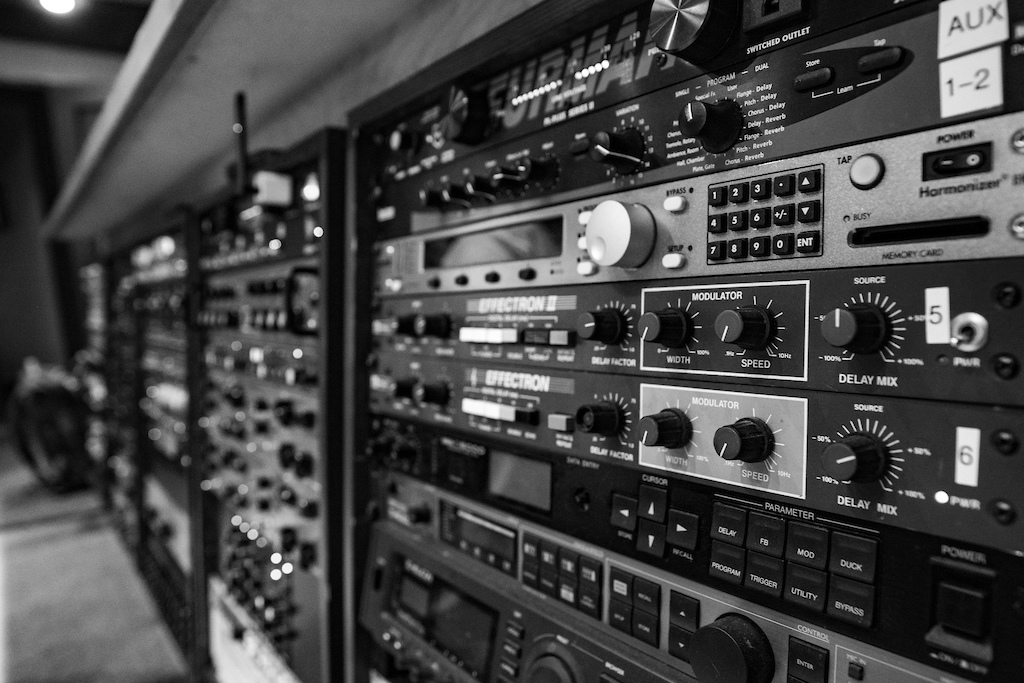 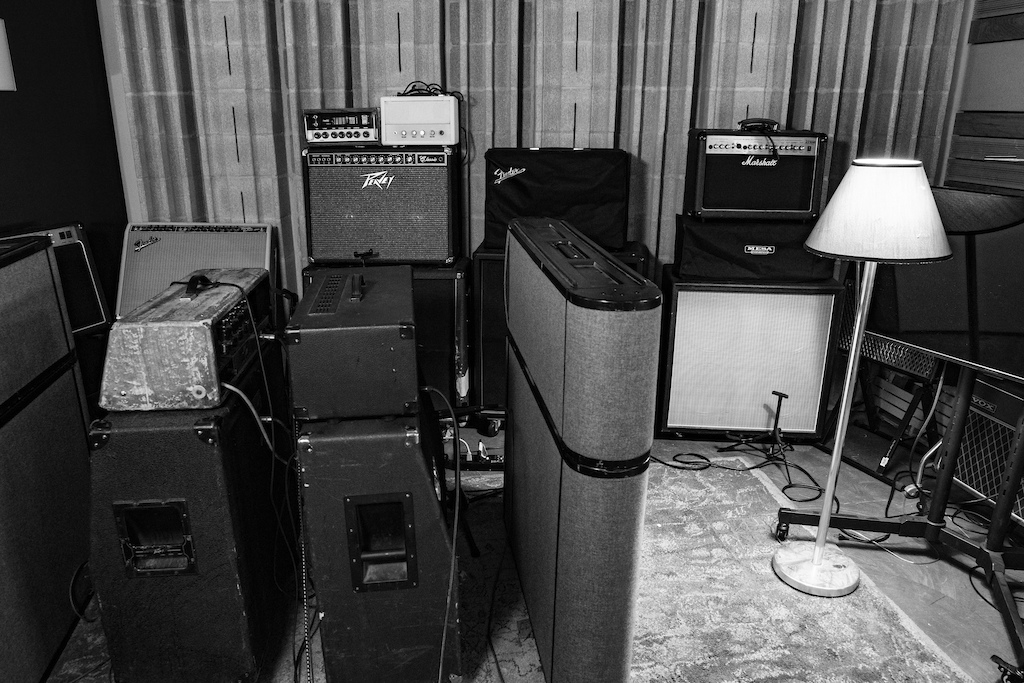 Tweet
Must Read This Week
A Complete Timeline of Coronavirus' Effects on Mountain Biking [Update: Taipei Show Goes Virtual]
126315 views
Interview: Trek's Travis Brown On Experimenting With 32" & 36" Wheels
88530 views
Ridden & Rated: 4 of the Best eMTB Motor Systems for 2020 - Bosch vs Brose vs Shimano vs Fazua
74819 views
First Ride: Cannondale's All-New Scalpel SE
74150 views
Pinkbike Poll: If You Had to Ride One Bike for the Rest of Your Life, What Would It Be?
54966 views
Mountain Biker Attacked by Grizzly Bear Near Big Sky, Montana
48269 views
Video: Claudio Caluori Tries to Keep up With Nino Schurter on his Home Trails
47883 views
15 Bike Checks from Craig Evans, Iago Garay & The Santa Cruz Free Agents
43424 views

frenchlinesandfrenchfries (Apr 2, 2020 at 6:19)
Damnnnnnn! Guy got style for days! That's how I like to start my day, everyday please!

frenchlinesandfrenchfries (Apr 2, 2020 at 6:33)
Edit: watch with the volume all the way up -- HEAVY! Clap clap to all involved!

defo some style there!

fast-n-loose-podcast (Apr 2, 2020 at 11:53)
There are a lot of awesome parts to this edit but the commissioned sound track is at the top! Nice work EVIL