Video: Miller Goes Even Bigger on Brutus in Another MGM Alternative Production


Earlier this year, Miranda made a mental goal to hit Brutus, a sizeable road gap at the base of Cypress Mountain. She didn't speak it out loud to many people, but she did make a point to tell a few. Of course, once spoken, it would be much harder to back out!

In case you missed it, you can watch Miranda work up to hitting a smaller but similar feature in Squamish. Through the process of hitting both Poacher and Brutus it has helped prove to Miranda the strength of her mind, how to properly focus and how to methodically work on taking bigger risks again. Both Remi and Jesse were incredibly supportive and did a great job at offering constructive feedback. 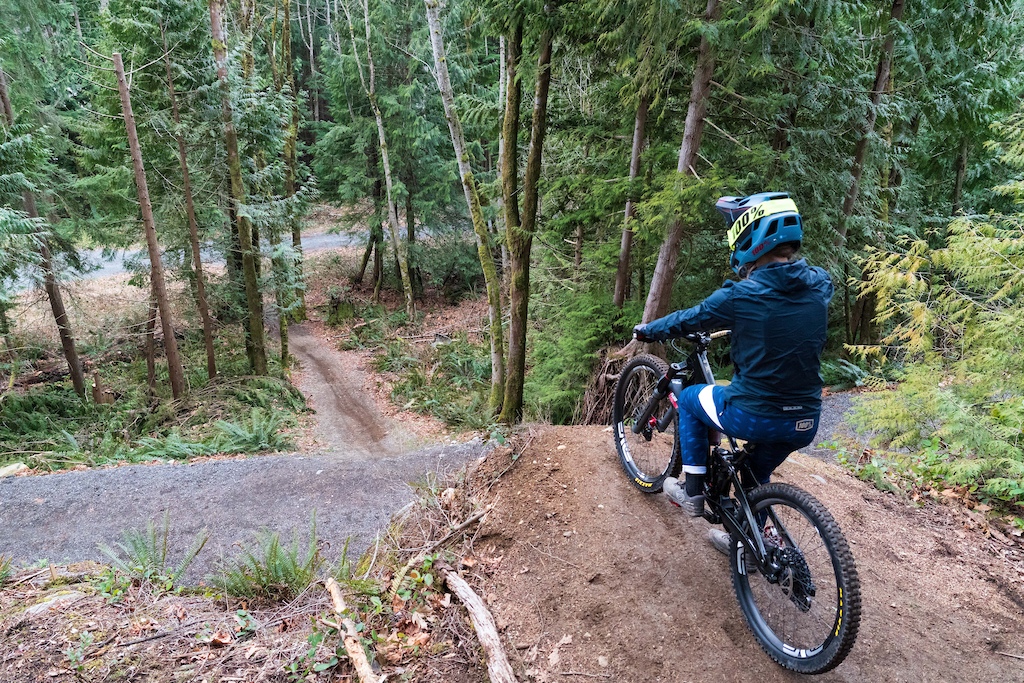 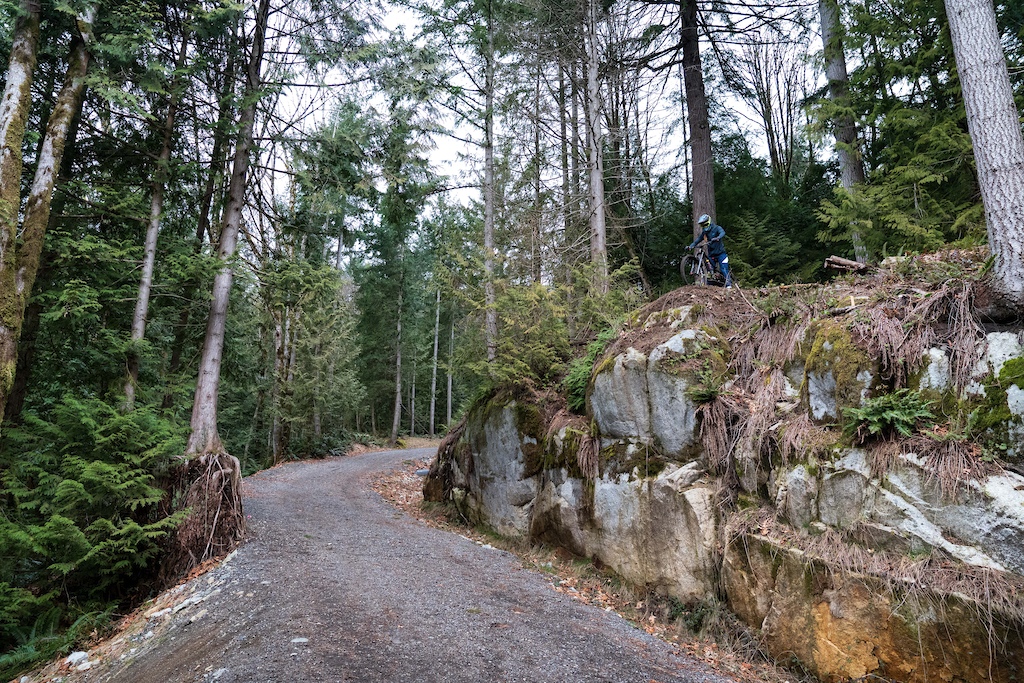 Miranda checking out her landing.
Don't forget that for the first year of our channel, MGM Alternative will donate all the money generated from YouTube ad revenue to our local trail association SORCA. So by watching, liking and subscribing you’re in turn, helping out the trails that so many people enjoy!

Nice job - I love these videos even if I don’t have the skills or confidence to hit big features myself.

JesseMelamed (May 4, 2021 at 9:02)
It's true! It was great to see her process because sometimes I feel like I just want to get a feature done before I think about it too much.

Lots to think about...

That first landing though!!!

Then sooo smooth on the others after

mkem (May 4, 2021 at 10:11)
The first one I was like “Ohh that was so sketchy” then I saw the video and was like “NO that was way too sketchy!” Usually it’s the other way around... feels sketch but looks chill. Thanks for love!

Rigidjunkie (May 4, 2021 at 8:11)
Progression is progression. Last night I hit a gap jump that had been in my head for a couple years. The exhilaration was awesome and sitting at my desk working today I just want to go hit that dam thing again.

The best part is my 11 year old hit it first. Big time proud dad moment, followed by some serious "guess I have to hit it now" thinking.

JesseMelamed (May 4, 2021 at 9:00)
That's awesome! Kids are getting too good these days, good thing you have him/her to keep you progressing at the same time!

connormacleodvideo (May 4, 2021 at 9:48)
Loving these vids, Miranda you went huge, super inspirational! Cool to see a feature I built in 2003 with homies is still around! Makes me want to T it up again!

connormacleodvideo (May 4, 2021 at 10:18)
@mkem: haha, you been talking to ALN? a bunch of us OG's helped build it originally - Derek, Adriano, Nick Dent? Danny Brody? Gully? Its been rebuilt 100 times by countless others too!

jeffpegan (May 4, 2021 at 9:14)
Nice work! I've been wanting to hit that feature for over a decade and I think this video has given me the confidence and advice to do it. That is, until I get there and look at it again. At 45 I don't think I have too many more years that it will be possible to hit. Although, it boggles my mind that you could tail someone into a feature that big, even if it is Remi. I'd have to hit it on my own. I've been waiting for this video to come out, I'm happy it went well for you.

mkem (May 4, 2021 at 10:09)
Thank-you! I knew that if I didn’t follow Remi in the first few times I would go way too fast. It’s all about learning from past mistakes and experiences, haha.

Things change as we get older, but doesn’t mean we have to stop, maybe just practice more!? Good luck

Caiokv (May 4, 2021 at 13:42)
Brutus looks big on video. But in real life it is so much bigger! I stopped by to see it the other day, and it just gives you the chills. It is frightening to just look at it. Amazing job saving the first awkward landing, and the sending it again so smoothly!

robcartwheel (May 4, 2021 at 9:16)
These are quickly becoming the must watch video series produced out of Squamish BC. So much talent and awesome vids being made these days! And Miranda, what can I say. Challenging herself in a smart way and kudos for the guys with their supportive approach. You're killing it guys!

DirkMcClerkin (May 4, 2021 at 11:58)
I know it's B.C. and all, where the deep end of the female mountain biker talent pool is bottomless. But wondering how many women have hit this feature...? Possible Miranda is 1st?

I've looked at it in person, it's definitely world class burly.

snl1200 (May 4, 2021 at 10:20)
Yeah- so much bike memory/skill to be able to have a huge wiggle like that with all that speed and compression and keep er' straight. Awesome videos. Love the honesty and thoughtfulness. Not something you get from a lot of bike media these days.

BartDM (May 4, 2021 at 9:28)
I did my biggest drop last week, about 7 feet, nothing to compare with what I just saw, but the mental games before hitting that kind of stuff are so similar. there are few related things I noticed; my friend was riding ahead of me, so I could adapt my speed, and really, no one pushed me and that is good because it has to be your decision, but I could always have his piece of advice. Big props for doing Brutus! cheers!

nukedchipp (May 4, 2021 at 7:59)
Brave stuff and good to hear the advice at the end about not being pressured into doing stuff you're not comfortable with. Vids like this show you how much prep goes into doing these big moves even from the top athletes.

retrogressionage (May 6, 2021 at 11:32)
I love this...with 15 yr old twins that are progressing and starting to scare me a bit it is great that pros are putting out some reality like this...if the kiddos are just looking at highlight reels all of the time they can get over confident bc they aren't seeing the process that it takes to get this good...great job on the video...Keep it up!!

iduckett (May 4, 2021 at 7:23)
Wowie - that took guts! My nerves would probably short circuit and tweak my arms right before the takeoff. Next time on MGM you guys should really hit t--

likeittacky (May 4, 2021 at 20:09)
This belongs on Saturday Sends! That save was like A Marlin out of water breaking free from fishing hook line!

yellovvsnovv (May 4, 2021 at 21:08)
Brutus is big, probably the next level up is blood donor gap in the wood lot, then after that you are like red bull rampage level, maybe toonie drop on the dark side?

Anyways major props for doing this Miranda, keep pushing it!

nvranka (May 6, 2021 at 12:35)
Proper gap. Funny how this kind of feature scares us all, including the pros, when in reality it is one of the easiest to execute, especially when you have a tow in lol.