Video: Mind the Brain - The Science of 'Everesting'

Attitude is everything. On and off the bike, a lack of strength, stamina, and skill can often be overcome by enthusiasm, motivation, and positivity. But even the strongest, fittest, most elite athlete is no match for a souring attitude and weakening mindset.

I grew up training and competing at a national level, as a ski racer, and as a track & field athlete. I have a reasonably high level of base fitness. And yet, I can count a number of experiences where I truly felt like I couldn’t go on when others I considered peers were able to keep pushing. I cracked, cried, and hated some of the most beautiful moments and environments. Why were the others happy to keep pedaling on when I was mentally out of gas? 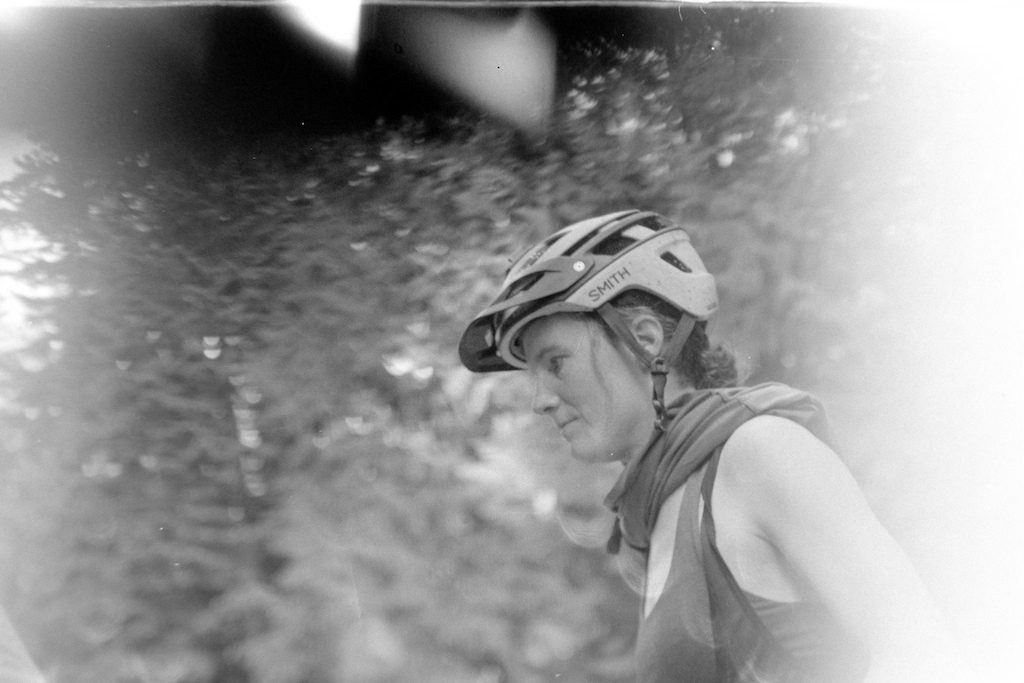 I had to prove to myself that I could maintain a positive attitude, solo, through a properly long endurance challenge. I wanted to develop a deeper pool of experience to draw on in difficult, mentally fatiguing situations, both on and off the bike. If the body won’t quit until the mind does, I had to set a higher threshold for my mind. 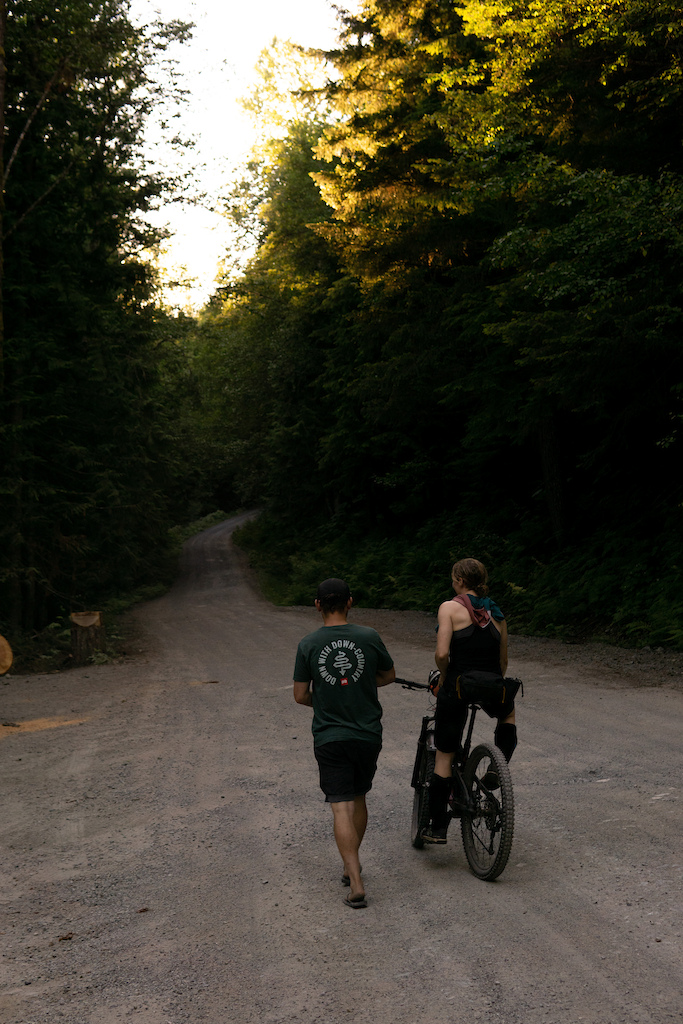 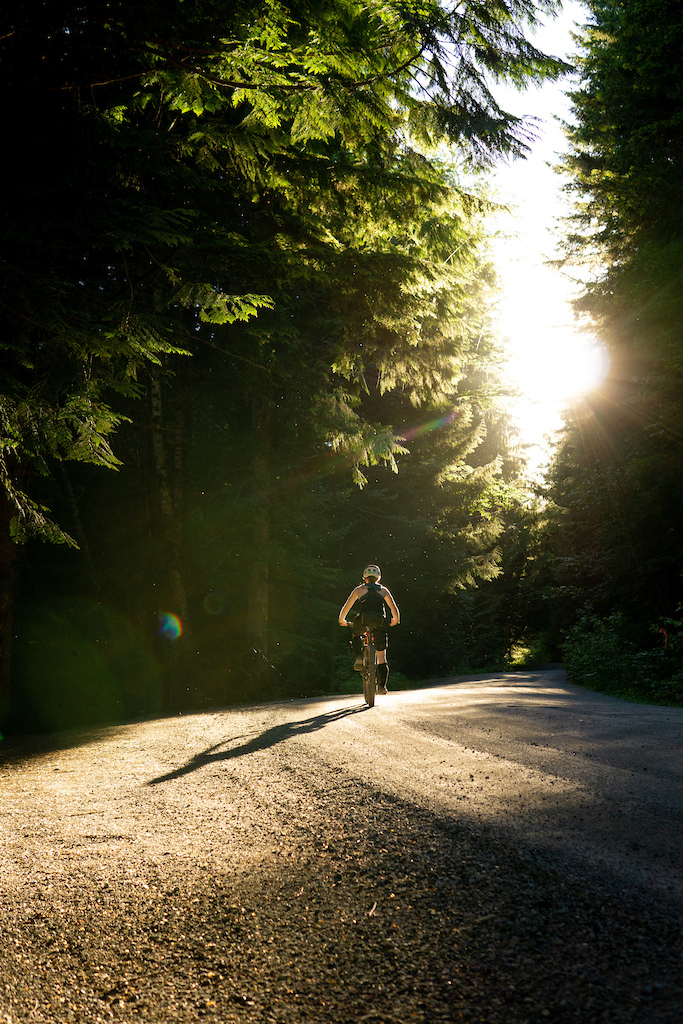 “Everesting” is a somewhat common challenge in the cycling community: climb and descend a hill, repeatedly, until you have climbed the height of Mt. Everest (8,848m or 29,028ft.) Most riders undertake the enormous, yet tangible challenge on their road bikes. But I’m no roadie, and what made the most sense to me was to pedal my Process 134 up the Garibaldi Park Road in Squamish, and descend an efficient route of my favourite single- and double-black diamond trails (a version of 19th Hole to Angry Midget, for those who’ve ridden in Squamish.) 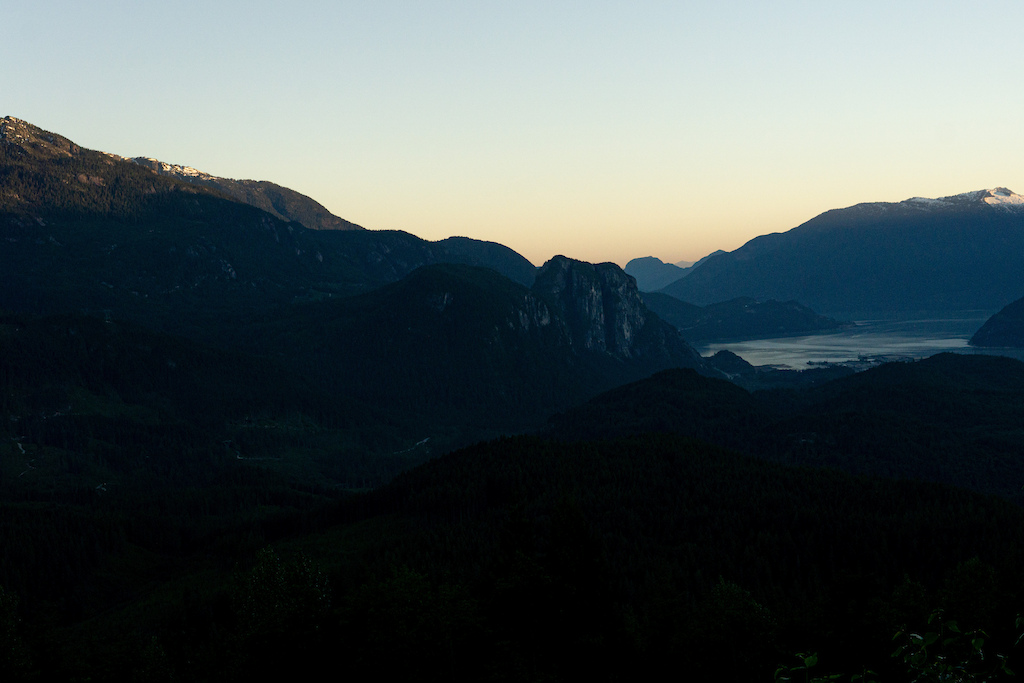 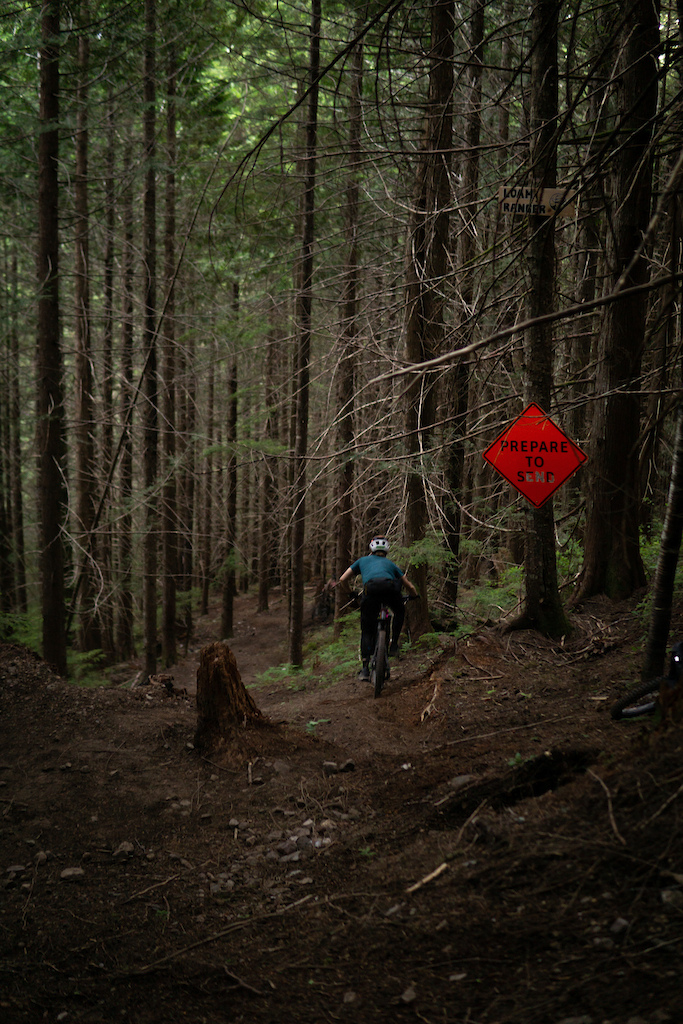 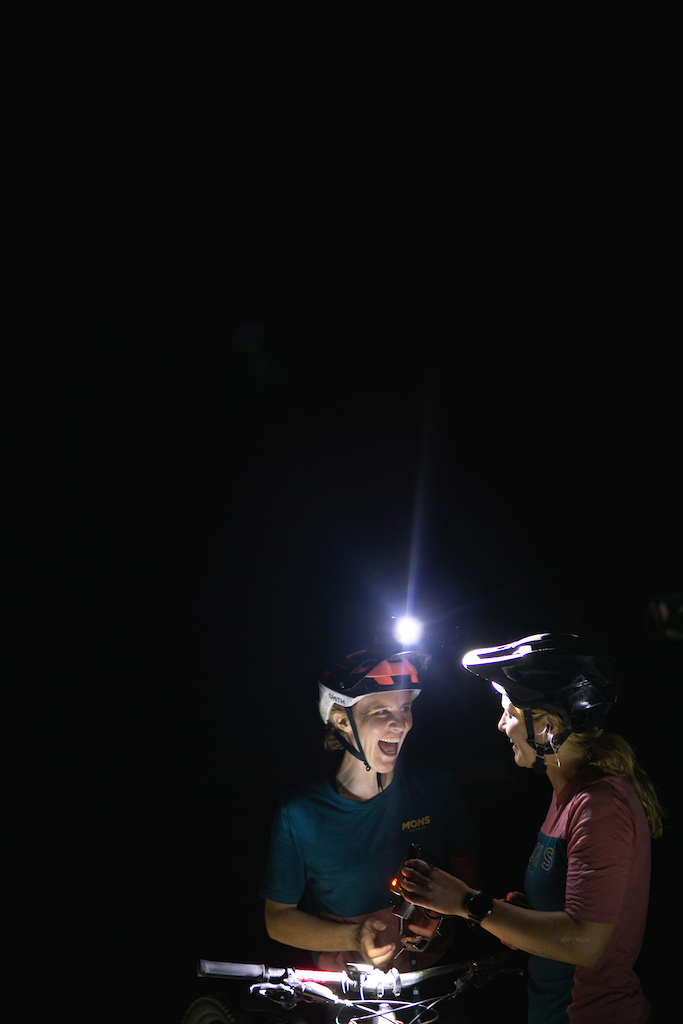 I began at 8:15PM on July 27th. I finished at 10:15pm the following day, after 26 hours, and having ridden 175km and 8913m. I had a couple of difficult moments, but this time, no tears. I battled 35 degree heat, I struggled to stay hydrated and fed, and I missed my arbitrary 24-hour goal. But I never considered quitting.

Descending real mountain bike trails was essential, and the weight of suspension and DH casing tires didn’t feel like it hindered my effort. I’m almost certain I wouldn’t have completed the challenge going up and down a road, without a quick hit of adrenaline blasting down my favourite trails on each descent. 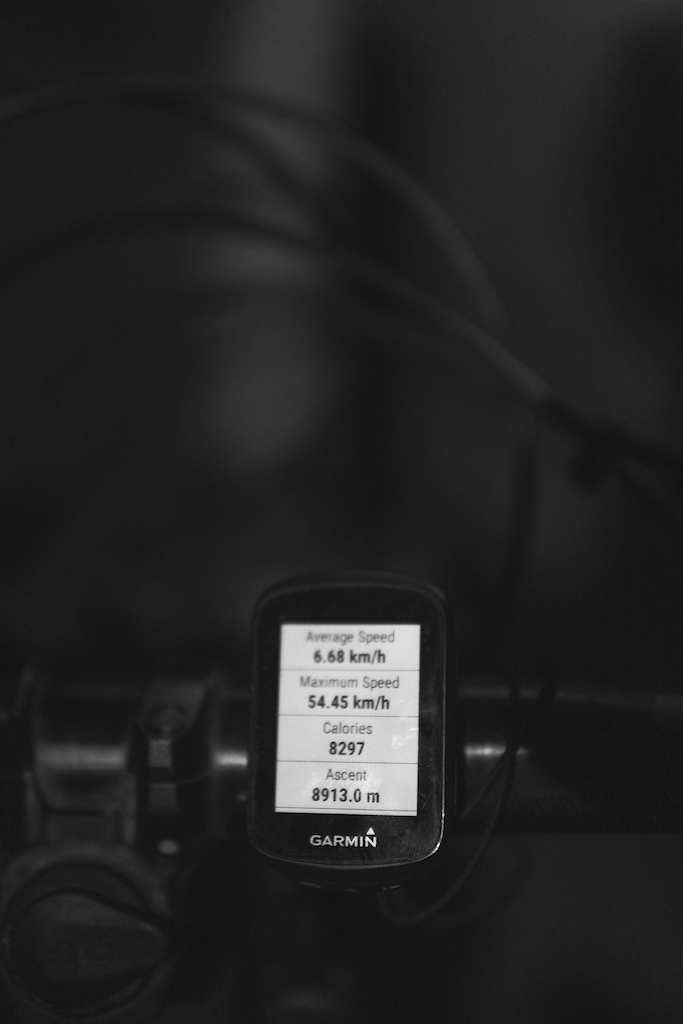 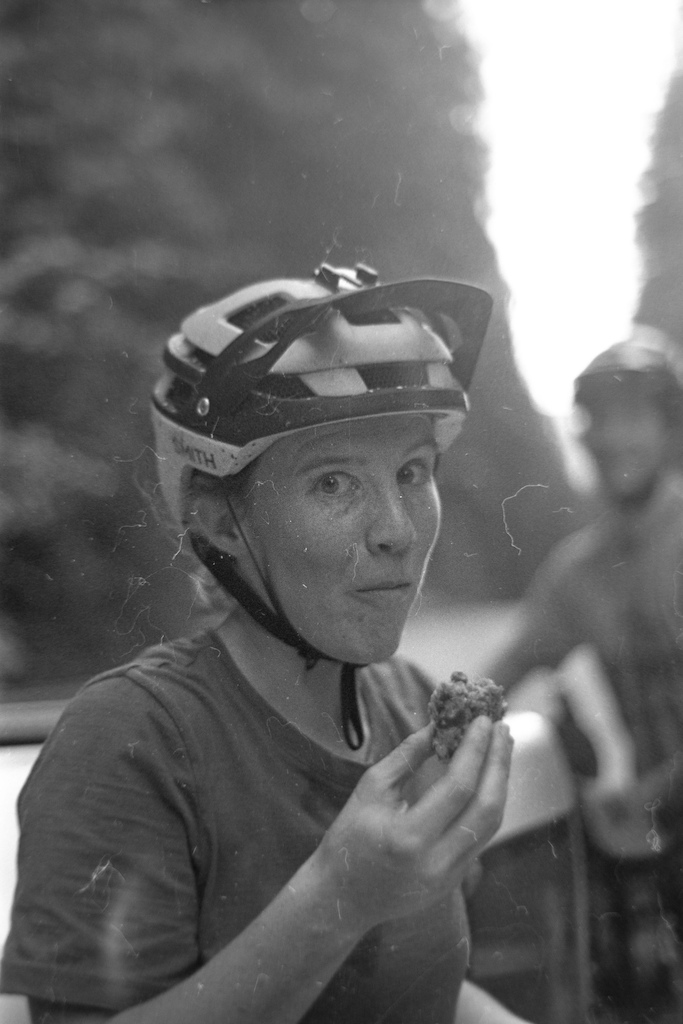 The day came and went. When the Garmin read 8848m, I wasn’t in a celebratory mood; I didn’t feel like I had accomplished anything. “10,000m doesn’t seem so far away,” I told my friends who came to cheer me on for the last lap.

And although I didn’t keep pedalling, I’m really proud of myself for thinking that I could 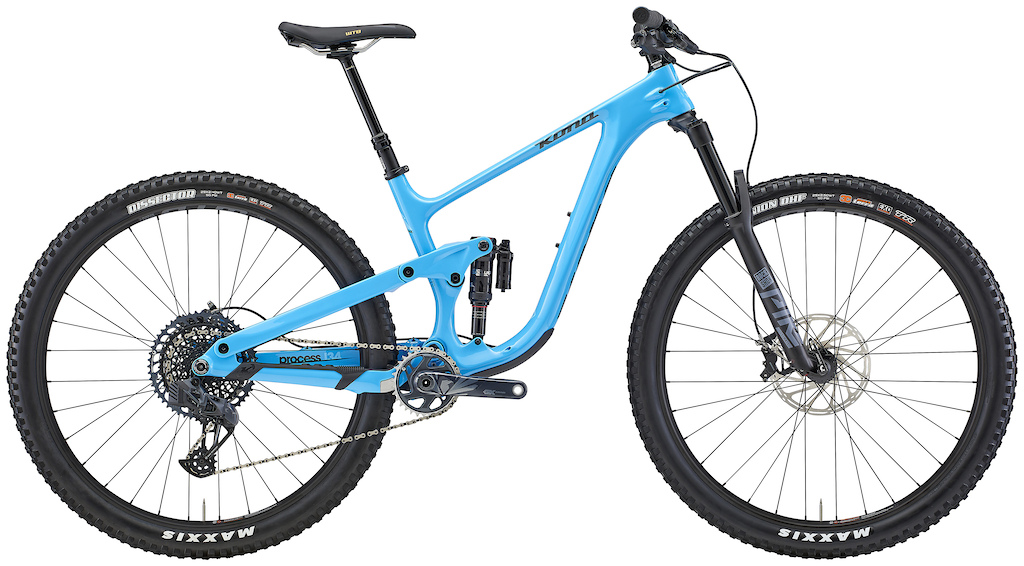 eblackwell (Oct 31, 2021 at 8:25)
Everesting on an MTB is crazy, but Everesting on an MTB and descending 19th Hole every lap is really nuts. It’s been a few years since I’ve ridden it, but it is long, steep, and rough with a million line options. Definitely not what I’d want to be descending 25 hours into a ride, really impressive

CSharp (Nov 1, 2021 at 9:34)
@pinkbike1000: You know that chair lift only has slow constant speed up. If you want PR's and KOM's like most people, everest up using shuttle vehicles with your Strava.

FlavienB (Nov 1, 2021 at 11:18)
I was thinking that the whole video. Rode it a few month ago when it was quite dusty, and I'm still not processing how you'd want to ride that trail in such a challenge. Super impressive!

inside-plus (Oct 31, 2021 at 0:29)
jfc every second article this week is about 'Everesting', makes me wonder if its an industry plot and they're about to release Everesting specific bikes.

"I wanted to develop a deeper pool of experience to draw on in difficult, mentally fatiguing situations, both on and off the bike." Boom! How good are bikes?!?!

goaskalice (Oct 31, 2021 at 10:46)
Is Everesting "a somewhat common challenge in the cycling community"? It might seem it from the number of articles on here, but it's not exactly common.

danstonQ (Oct 31, 2021 at 4:14)
It seems like you've completely understood and integrated the meaning of that article.

WJTSocal (Oct 31, 2021 at 8:28)
Great Advertorial. Planned organic content by marketing depts is always engaging and produced well. Hopefully someone buys a Kona after all the hard work that went into this piece. If Kona can get bikes landed that is.

littleskull99 (Oct 31, 2021 at 12:29)
Well done. And thanks pinkbike, I enjoyed this content. Good to have something more than samey shredits. Can't please em all though.

Did everesting become a thing through covid whilst there was no racing?

flatlandhaala (Oct 31, 2021 at 13:49)
Great article. This fascinates me but something I don't think I could ever do. It would be really interesting to here how someone trains for this and how they handle food and water throughout the ride. Congrats on the ride. Keep the variety of articles coming, its good to see the entire sport of mountain biking recognized.

akamera (Oct 31, 2021 at 21:22)
That's rad Zanny (and Woj)! And with that heat on that nasty dusty road!
I really liked this fresh way to see an Everest story with some science as well.
"[...]we become better prepare when we need to dig....a little deeper". I'm still wondering how much more deeper we can dig.

charlie079 (Nov 1, 2021 at 20:42)
Awesome work and article Zanny!! I love the different take on it and the explanation behind the mental side of the ride and the struggle. I remember the sunrise on my attempt changing my mood so quickly and this explained a lot!

Rossc0 (Oct 31, 2021 at 14:59)
f*ck yea Zanny!! Great accomplishment and all the better with the sciencing of what happens when we push ourselves. Learned something new today

I had to read that a couple time to make sense of the copy too.

superbug1304 (Oct 31, 2021 at 1:52)
Theres also a great story from a bunch of young riders in Scotland who recently completed an Everest. No write up on that either

tkrug (Oct 31, 2021 at 5:37)
I’m sure if they, their bike sponsor (this case submitted by Kona)or anyone else produced a quality article, video, or other media piece on their behalf it very well may have been posted.

I also suspect they wade through hours of mediocre media submissions to curate the user and industry non-PB generated content and some things get missed.

superbug1304 (Oct 31, 2021 at 9:08)
@tkrug: yes and there lies the problem I guess.Anyway they did an awesome job, completed the mission and raised plenty of cash for the local search and rescue team.

superbug1304 (Nov 1, 2021 at 9:52)
@JonnyTheWeasel: Back in June, a group of 7 riders set out to ascend the height equivalent to Everest on mountain bikes at 'The Golfie' in the Tweed Valley in 24 hours. It was never going to be an easy challenge, 48 laps of the climb and descending the famous Flat White trail (it isn’t very flat).
Each lap was around 3.5km and had 190m of climbing meaning the lap solely consisted of up or down and in total equated to over 9000m of ascent and 165km.
The event was organised and ran by a group of Borders College students, as part of their HND course, and a couple of them even took part in completing the Everest Challenge.
The Tweed Valley is known for its world-class network of mountain bike trails and walker’s paths, it is the perfect destination for outdoor enthusiasts. As mountain bikers, we know how dangerous situations can occur quickly when out in the hills, so knowing we have the Tweed Valley Mountain Rescue to help us when something goes wrong makes our everyday environments far safer.
Therefore, we chose to donate the money in which we raised to the Tweed Valley Mountain Rescue. Our initial target was £500, and we thought we were being ambitious at that…
Back to the challenge, the boys started off very strong by doing each lap in around 23 minutes, they completed 5 laps at a time then would have a 10-15 minute break to refuel. They were all still going very well as the night drew in, they received some extra support from their coaches and friends which was a good morale boost!
After 11 and a half hours of pedalling, they were halfway there. Once it reached about 1 in the morning the morale had dropped and the riders were definitely feeling the effects from the lack of sleep, and as it was dark, they were having to concentrate far harder on the descent, the night was hard, really hard.
However, once the sun started to rise so did the moods of the riders, by 7 am they only had 10 laps to go! Each rider had their ups and downs and without the support from each other and all the people that came along to do a lap with them, it would have been a lot harder, when the fellow BASE students came along at around 10am the boys were deep in the pain cave, but they lined the track to cheer the boys on as they rolled through.
Finally, after 24 hours of riding, they had completed it!
Words will never describe how hard Josh Noble from Peebles, Jayden Randell from Peebles, Lewis Brown from Innerleithen, Ben Jackson from Innerleithen, Wes Fife from Innerleithen, Johnny Bouch from Peebles and Shay Hayton from Innerleithen, had to try to complete this challenge. It is such an incredible and inspiring performance from each of them, and one they will never forget!
In the end, we managed to raise over £2200 for Tweed Valley Mountain Rescue, and we could not thank everyone enough for donating and supporting us!