Adrenaline is the main reason we got hooked on mountain biking in the first place. We spend every day trying to see how far and how hard we can push ourselves. Whether it’s going faster, lifting more in the gym, hitting a bigger jump, a bigger drop…it is a relentless pursuit. Our Comfort Zones series is all about finding ways to push ourselves in a supportive environment. We’re challenging ourselves in areas we’re uncomfortable in; although this doesn’t always mean going big and getting gnarly.

Miranda is a strong, capable and skilled rider but she has also had a lot of injuries and setbacks through-out her career. She has had over ten surgeries, kidney failure and concussions and has often struggled regaining confidence afterwards. At the time, Miranda would think that it was a lack of skill that had caused her to crash, but looking back, it was usually a lack of confidence. 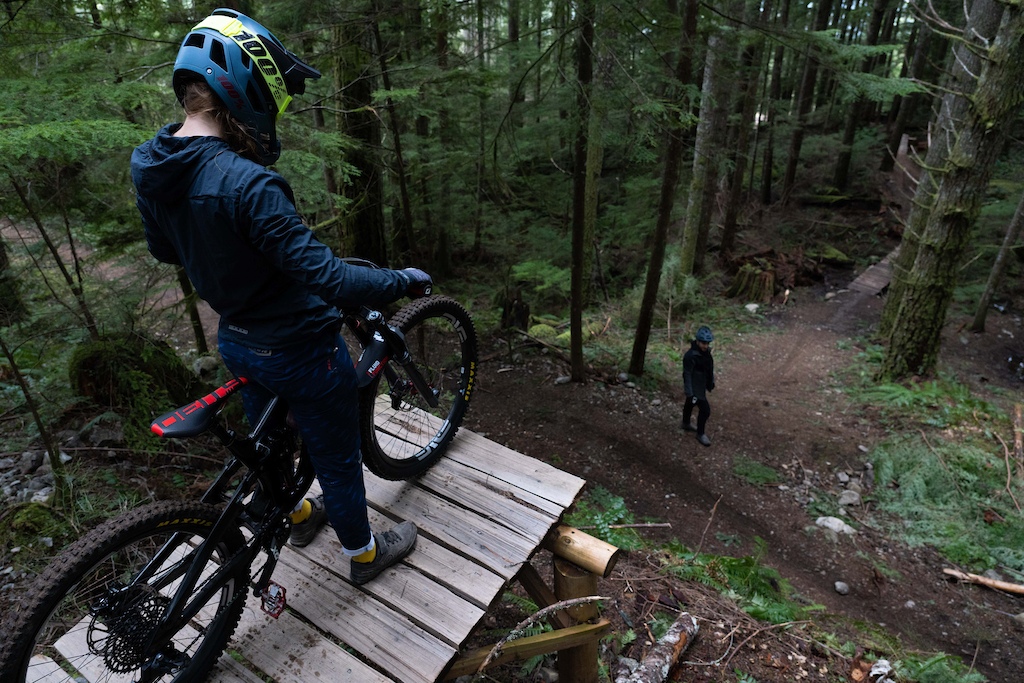 After a strenuous year racing downhill in 2018, she felt that she had reached rock bottom. She had no confidence in her abilities, was ashamed of her performances and was extremely burnt out from forcing risk on herself when she wasn't 100% healthy. It spurred Miranda to step back from downhill racing and focus on Enduro where she felt the risk was much more manageable and she had other weaknesses to focus on. In a way, she was just ignoring a problem, but it allowed her to continue racing. Lately, she has begun to feel stagnant in her riding and was fed-up of not having any confidence. At the end of the day, she is the only one that can change that, so while it has taken her longer than she would have liked, it was time she began to prove to herself what she is capable of!

Miranda had made a mental goal to hit Brutus, a North Shore classic, a sizeable road gap at the base of Cypress Mountain. Instead of going straight to Brutus, she decided to tick off a few more goals along the way. Starting with Poacher, a similar but smaller feature in Squamish. Through the process of hitting both Poacher and Brutus it has helped prove to Miranda the strength of her mind, how to properly focus again and how to methodically work on taking bigger risks. Remi and Jesse helped pushed Miranda in a supportive way that was sustainable. We think it is important to remember that there is a difference between taking a bold and blind risk that is hard to repeat versus one that teaches you how to continue to take risks.


More About MGM Alternative...
MGM Alternative is made up of a trio of Canada’s fastest mountain bikers. We are: Miranda Miller, Remi Gauvin and Jesse Melamed. Despite living in a time where content is endlessly available, we felt unsatisfied with much of the YouTube and Vlog culture.

Jesse was born and raised in Whistler and has earned multiple Enduro World Series wins. Every ride is a wild one for Jesse and that is what makes him an amazing person to watch. Remi is a Vancouver Island boy who can do it all. Style and power come easy to him whether racing a World Cup DH, EWS, or at Whip off World Champs. Miranda, a sea-to-sky local, is a downhill World Champion and has stood on both downhill and EWS podiums. Her preference is to race down more than up. While we share many similar traits we are all strong individuals that bring something unique to the table. 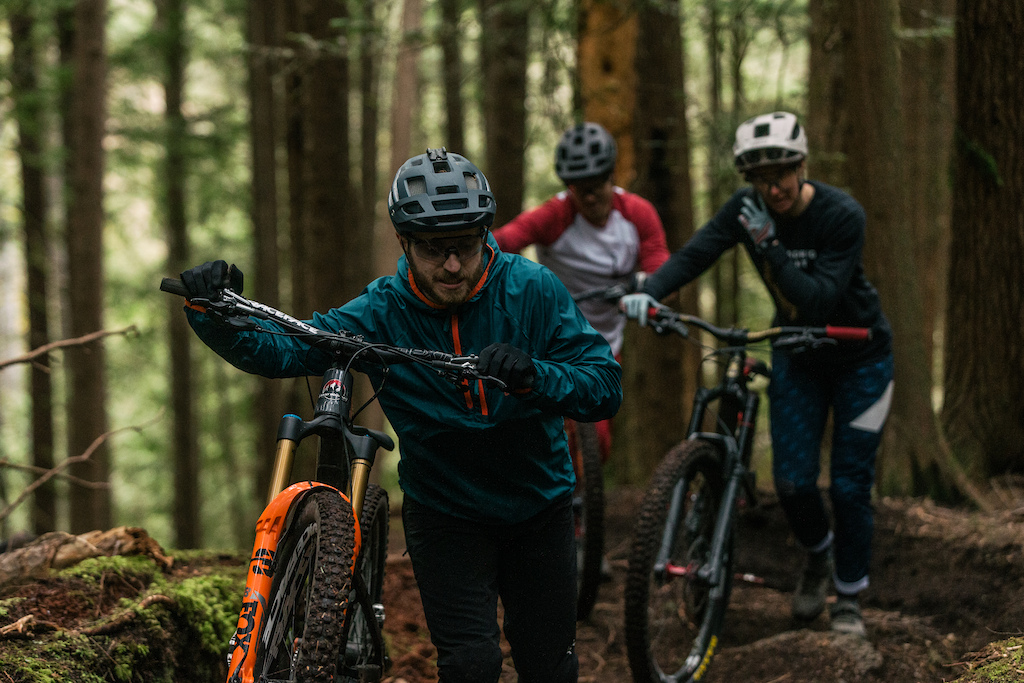 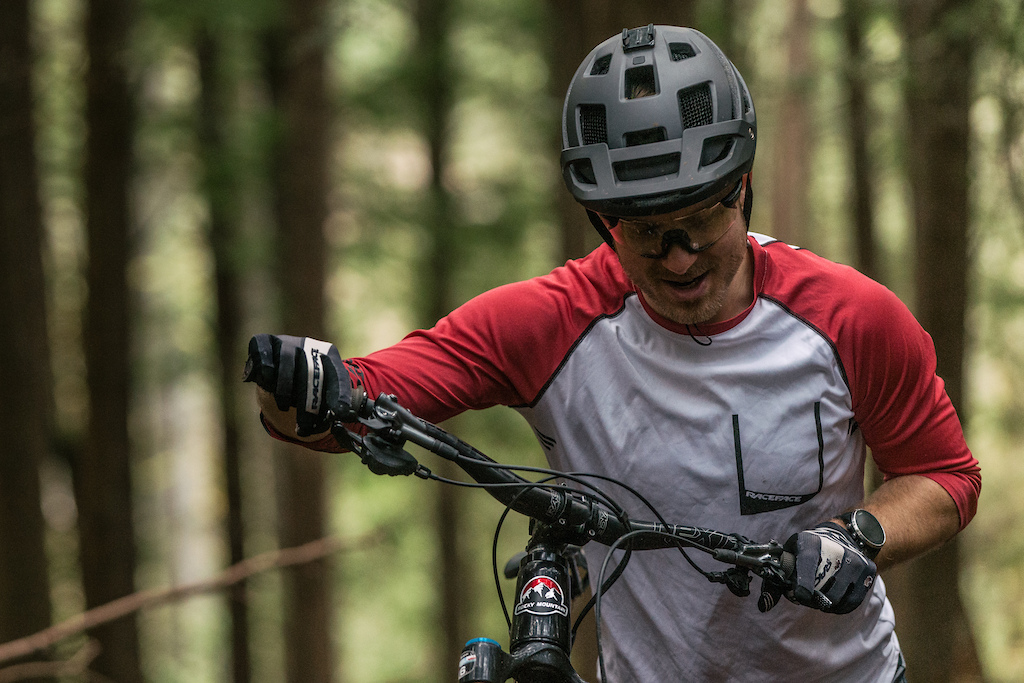 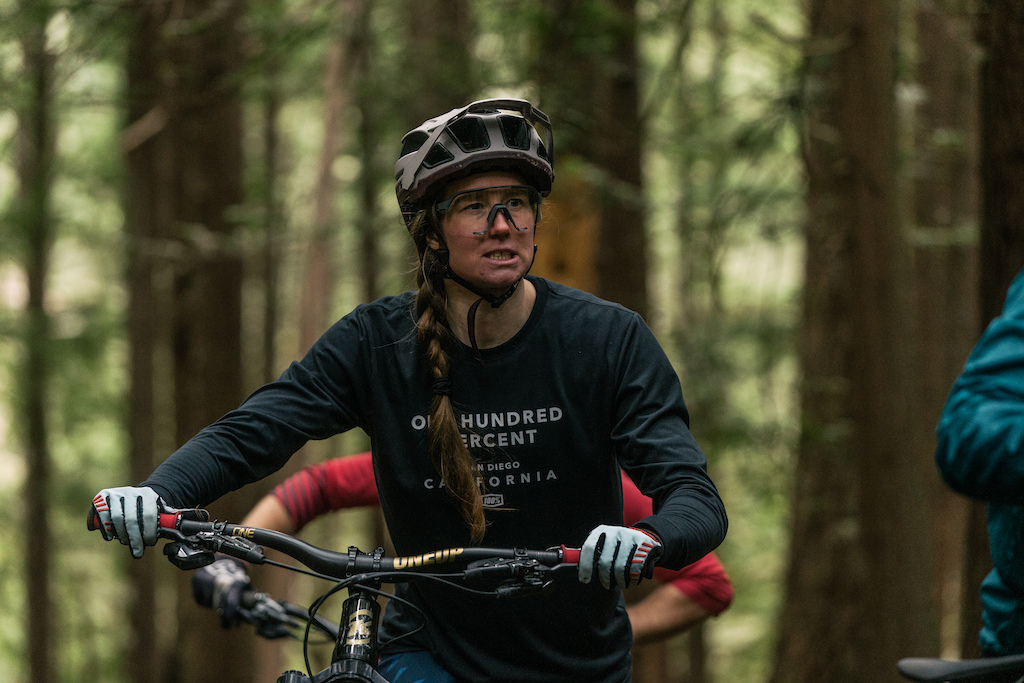 Andy Vathis Photo
We strive, as competitors, for improvement and progression with tangible results. The search for perfection is constantly morphing and evolving. While aware it is an impossible goal, we are happy to be apart of the chase. We crave, as humans, a sense of community, inclusion and freedom. We’ve been given all of this by the simple means of riding a bike and by being able to do it quickly, we’ve been given so much more!

Our goal is to highlight the reasons and the ways we use mountain biking to fulfill our cravings and hopefully inspire others to find their own community, seek knowledge, progression and have an adventure along the way!

Hogfly (Apr 6, 2021 at 8:02)
Listened to a podcast with a couple of other Canadians yesterday, Matt MacDuff and Nick Macdonald (Biker Dad... a 50 year old who back flips).

Being of a certain age myself, Nick's talk around managing risk really resonated. He talked about how second-guessing yourself and having doubts when you hit the feature or try the trick is how you get hurt. He basically does the risk assessment in his head. Once he's decided he CAN do it, then he puts the doubts and fears away. But he also knows to push himself on days when he's feeling it and listen to his body/mood when he's not feeling it, then ride within limits on those days. Anyway, it made sense to me... now if I could just manage to put away the doubts/fears once I've made the decision in my head that I'm capable of doing something.

Stoked on the channel! Great people putting out great content!

JesseMelamed (Apr 6, 2021 at 9:43)
That is some really good insight actually. There is definitely a good process to follow when pushing your limits. As with all things it takes practice and experience. But, learning from others helps too!

RayDolor (Apr 6, 2021 at 10:36)
I had a really hard time years ago telling the difference between "can" and "should". Basically, as they say, "don't should on yourself".
And of course, don't pay any mind to others who try to "should" on you, either.

Bomadics (Apr 6, 2021 at 12:45)
Sooo true, there are days when I can hit anything on the trial, and days where I can't boil water without hurting myself, this coming from a 50 something rider.

friendlyfoe (Apr 6, 2021 at 14:36)
This really is the only way. There is a lot of good decision making that goes into whether you should hit a feature. I'm just a regular joe(y) so often a big part of the decision is what there is to hit if I crash. But once you decide to go for something you need to block out all the fear and hit it. The vast majority of crashing I've done has come from hesitating as my wheels leave the ground.

silverstanktions (Apr 7, 2021 at 8:26)
This was a really good podcast, especially for someone closer in age to Nick than Matt or the pros in the MGM videos.

TrailFeatures (Apr 6, 2021 at 8:24)
It's so awesome seeing pro riders making content like this. Totally hope we see more give it a try!

machaut (Apr 6, 2021 at 8:54)
I seen that gap drop last spring, walked away from it because it’s intimidating as hell. you’ve inspired me Miranda! I didn’t see the straight line past that tree. I think hitting it head on is wise because that corner is a little janky and then wham you’re on the drop! Awesome vid loved it

50percentsure (Apr 6, 2021 at 11:02)
I remember looking at that gap over a decade ago back when it was still all wild and thinking nope. Amazed it was still there after all the scorched earth development on Cypress. Even after being all cleaned up though it's still just as big and scary. Looking forward to the next episode!

Deep-Friar (Apr 6, 2021 at 9:36)
I really thought this was going to just be a joke yt channel. But that was quality all the way through. Still waiting for a jetta drift video tho.....

yale986 (Apr 6, 2021 at 11:42)
Absolutely love the direction these 3 are taking. All seem like chill, good hearted, funny and talented riders putting out authentic content. This video in particular was excellent, Miranda seems to be speaking my mind as I'm sure we've all felt the same way perched on the precipice of a drop. Keep it up guys, huge fan here!

rocky-mtn-gman (Apr 6, 2021 at 8:35)
great riding, miranda. fun to watch you tryout features for the first time and pick things apart. by the way, your 2021 X frame looks so good in all black - got a bike check of your process build?

BartDM (Apr 6, 2021 at 10:37)
it doesn't really matter how big the feature is, when you leave your comfort zone, you just breathe heavily before dropping.... stoked for Miranda, she hit some heavy stuff there!

Icehawk (Apr 7, 2021 at 15:47)
Great content and always awesome to see people pushing their boundaries. I especially liked how Miranda talked about it and how she knows her skill level boundary is way higher than her comfort level boundary.

Also, I think the last scene confirms that Jesse is the sketchy boy that should be at the back of the train

craigcanucks (Apr 6, 2021 at 10:32)
So the April Fools joke was actually a channel launch? I feel like I've been double crossed LOL. Sweet video!

DeepInTheForest (Apr 6, 2021 at 14:14)
Great video, thanks for sharing! On a much smaller scale I get what she's going through mentally after many big crashes and recovering from injuries. But in your brain you keep wanting to charge and send it, but each time-out injury leaves that residual doubt you have to deal with as you get back on your bike. I've stepped back a lot in my riding as I deal with the chronic injuries that have compounded and lingered, but trying to push that envelope forward again to overlap my comfort with risk and comfort in landing bigger technical features with repeatability, while doing more risky technical features as my odometer rolls past 40 yrs, but trying to do things with consistency instead of just going for it. Great content! Keep it coming MGM!

upside (Apr 6, 2021 at 8:38)
The quality of awesome content coming out of Canada is mind boggling. We are so lucky to be mountain biking right now

giantwhip (Apr 6, 2021 at 14:38)
Being surrounded with positive feedback is crucial to progression. I've been around mountain bikers who laugh at you when you back out and it's such a douche move

ddmonkey (Apr 8, 2021 at 2:59)
This was great - looking forward to more! I feel like trying to match your confidence level to your skill level is the eternal struggle! And it varies from one day to the next for sure...

adybee7 (Apr 7, 2021 at 11:06)
I love everything about this video and totally clapped and cheered out loud in my empty house when Miranda hit the drop for the first time.

silverstanktions (Apr 7, 2021 at 8:27)
This video was so well put together. Loved it.
Below threshold threads are hidden

chakaping (Apr 6, 2021 at 8:50)
Great video though. Really interesting to see the pros talking about stuff like this.

JesseMelamed (Apr 6, 2021 at 9:41)
It's for the YouTube people. We know PinkBike doesn't need clickbait to watch the video.