Video: Niels Bensink Shows Off his Incredible Style on a BMX and MTB

DIVERGENCE
– a short film with Niels Bensink –
divergence
[di.ver.gence] noun.
1. The development of dissimilar traits or features that typically occupy dissimilar environment
2. Deviation from a particular course or standard in different directions 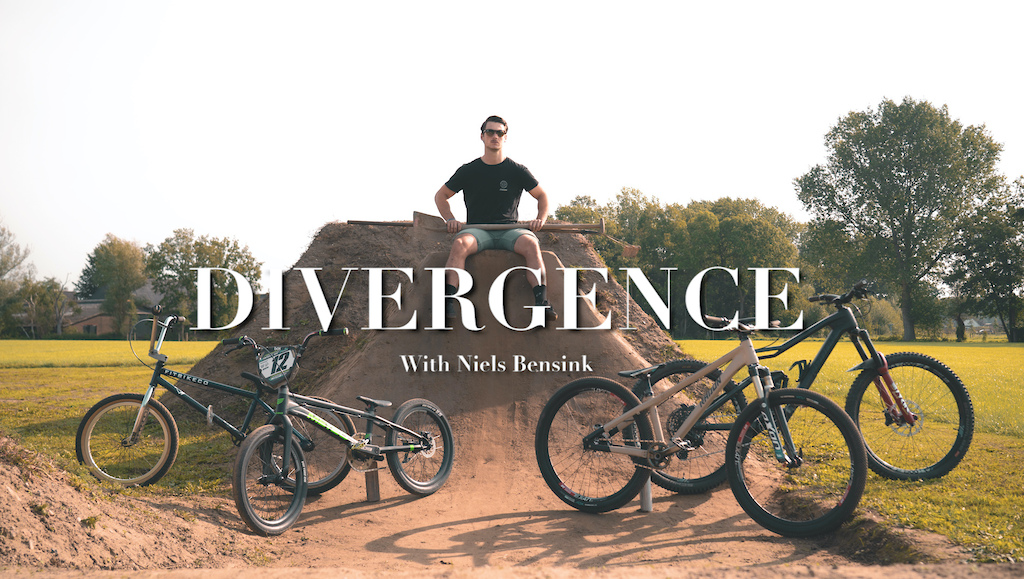 Divergence is a short film in association with Radon Bikes featuring Niels Bensink. After more than 18 years of racing BMX, Niels sets his sights on a new adventure as he diverges from his standard routine in the Netherlands. He will be making the move to Langley, BC Canada early next year to get even more time on the bike and to explore more of the mountain bike world. In a video that has it all, from BMX race, pump track, dirt jumps to enduro, Niels tries to project his passion and appreciation for bikes and the beauty of two wheels onto your screen. Enjoy the different riding types! 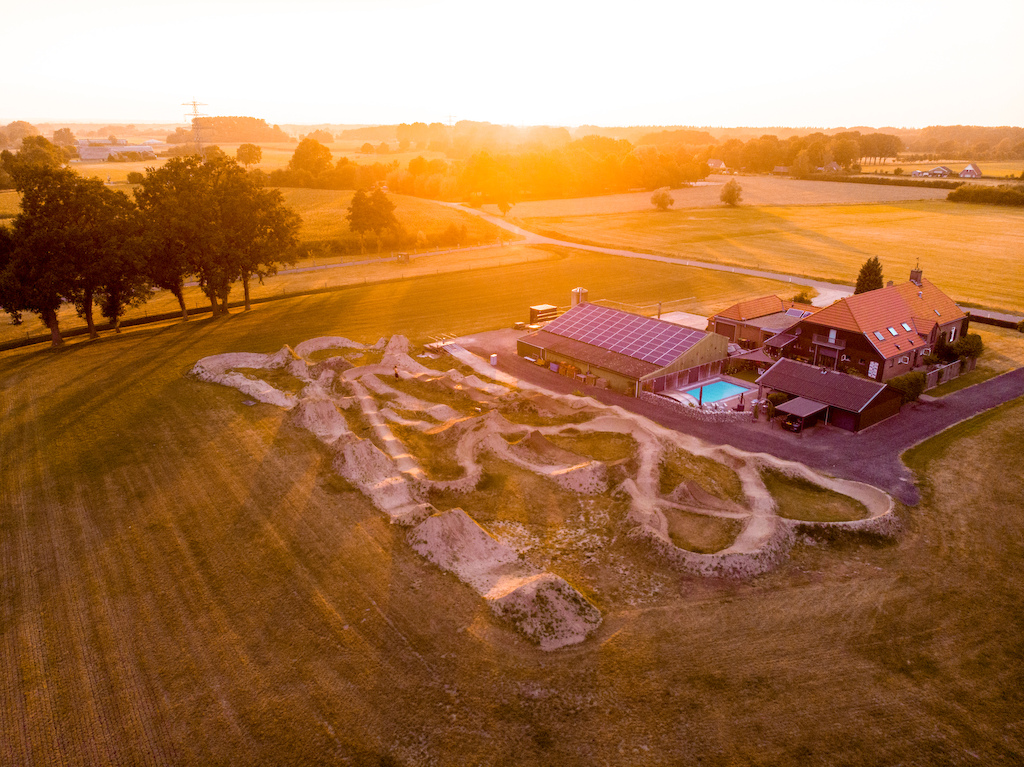 Where most of the magic happens
Growing up in Voorst, Niels started riding BMX bikes around the house at a young age. Soon this grew into a tiny BMX track built by family friends on family acres. Travelling around Europe with his parents, to race soon became part of life and most of the hours during the day were spent on his 20-inch bike or in the backyard crafting his digging skills. Through the years things got more serious. The backyard evolved, jumps got bigger, speeds were higher, and berms got steeper, but also racing started to take off. At the age of 15 he moved to the Olympic Training Centre to train with the National Team full time. First as a Junior and later as an Elite. 7 beautiful years travelling the world to World Cups, getting to know yourself, committing fully to the sport, training with a very inspiring group of riders and some good results making multiple top 16’s at World Cups and European podiums. 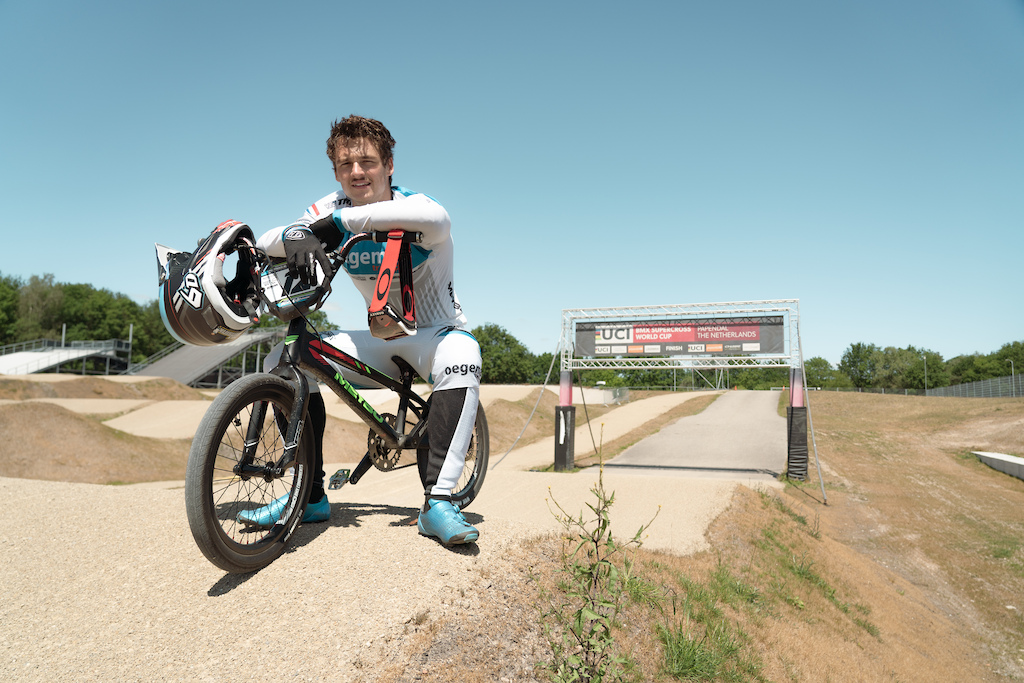 Back at the place where Niels’ professional career in BMX started and where he lived for more than 6 years, the Olympic Training Centre in Papendal
But all good things come to an end. Niels signed with commercial team Oegema-TVE to loosen the ropes, get out of the daily routine and get back to the point why he started riding, FUN. In meantime mountain biking and specifically pump track got in the picture. Ever since the backyard got bigger and bigger, mountain bikes were the perfect bike to play around with. This led to trying out the Crankworx series in 2018 and eventually making top 8’s and 4’s in multiple Crankworx pump track and dual slalom events and getting 4th at the Pumptrack World Championships in 2019. After a long injury in 2019 and a short 2020 season these events brought light to the end of the tunnel. Last season would be a make or break year in BMX racing, but it being interrupted made this decision come a bit earlier than hoped. 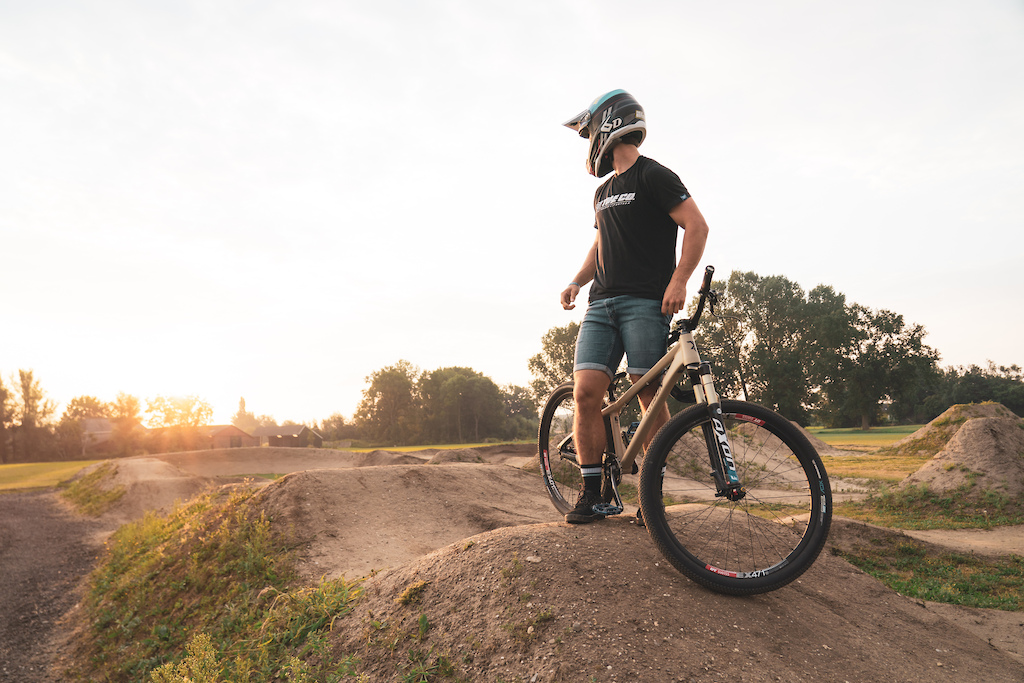 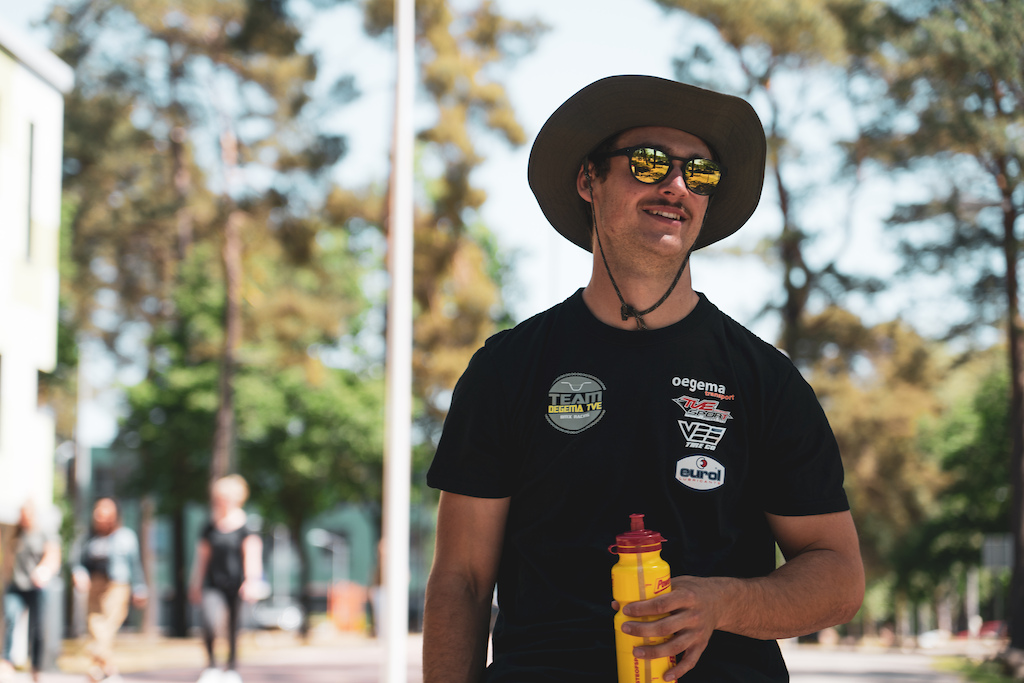 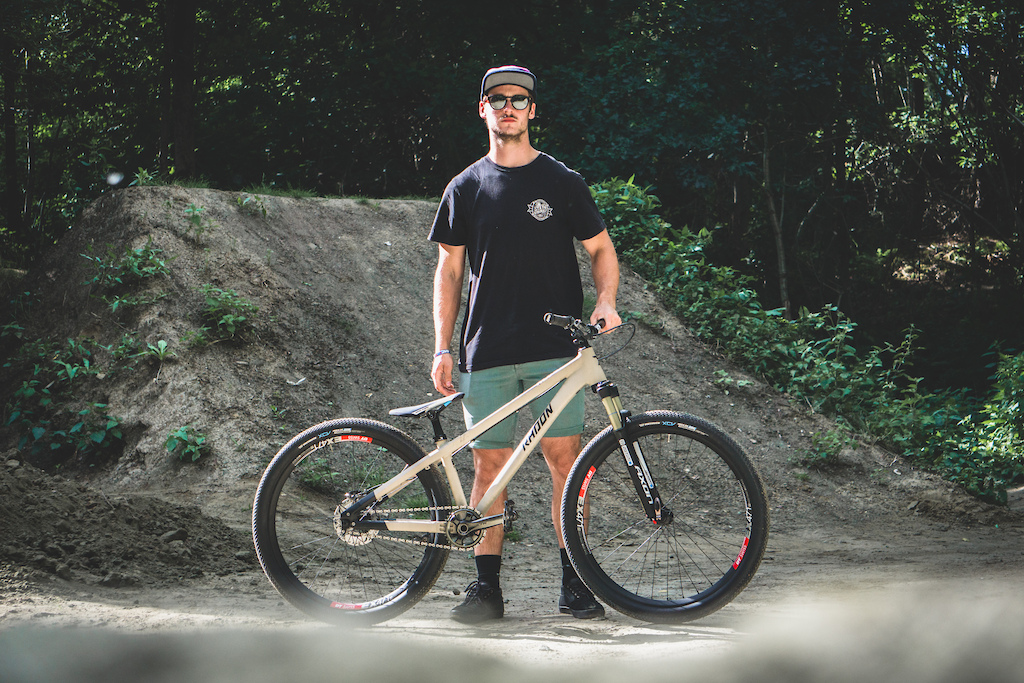 A pump track and dirt jump machine: the Radon Slush with SR Suntour forks and Vee Tire Co Tires
In Divergence Niels rides his Radon Slush and Radon Jab 10.0, a Meybo BMX Holeshot XXXL and a freestyle BMX. 4 different bikes with their own unique riding styles. 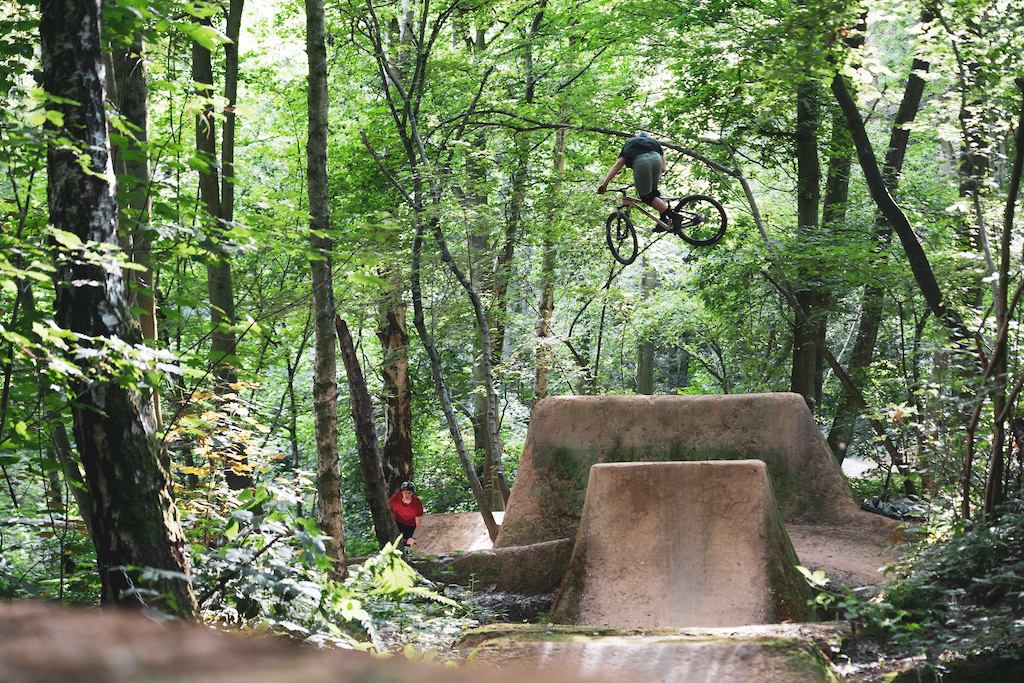 Flowing through beautifully sculpted dirt jumps somewhere in Belgium. Nothing beats this feeling. 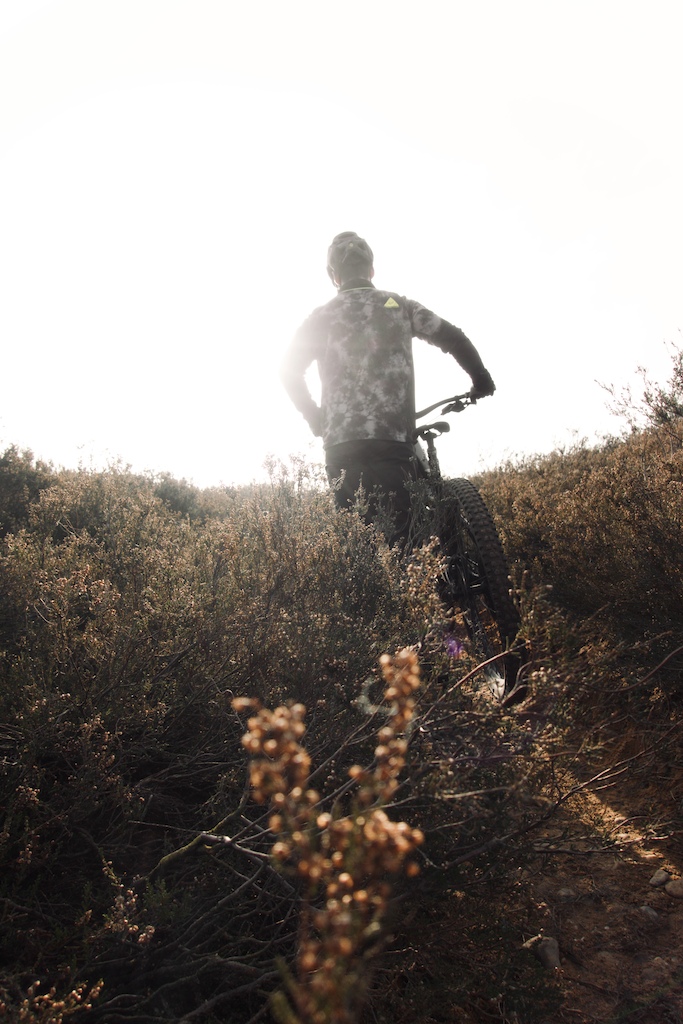 Not many hills, let alone descents around in the Netherlands, but we found one that's at least 30 seconds long... 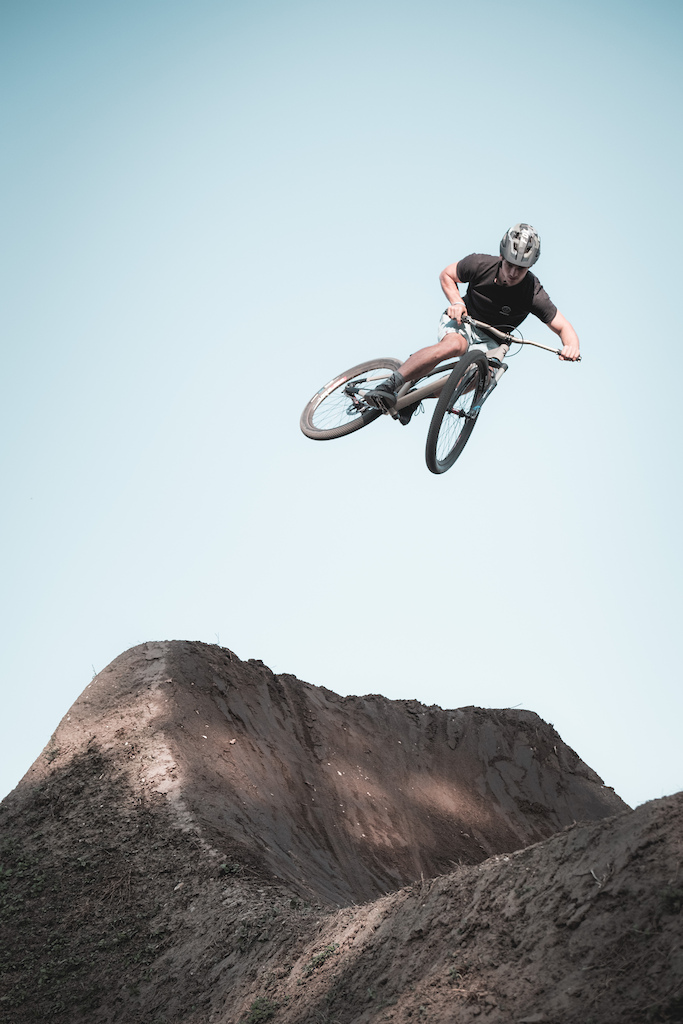 Two parts of the video are filmed in the backyard which consists of a pump track, BMX race track and dirt jumps. Perfectly shaped to match his style of riding. Pic by: @bubaswan
The video is made possible by:
Radon Bikes
Vee Tire Co
SR Suntour
HT Components
Oakley
BMX Papendal
Bensink BMX Gates 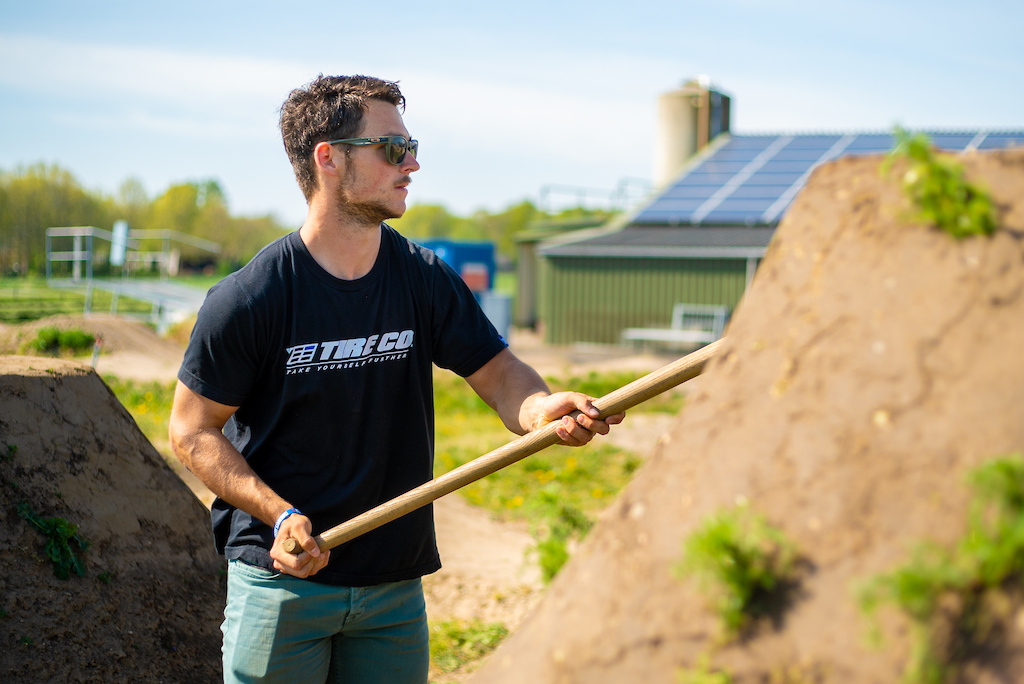 No dig no ride! These hands moved quite a bit of dirt over the years and they are excited to experience some Canadian soil. Pics by: @haluxvisions 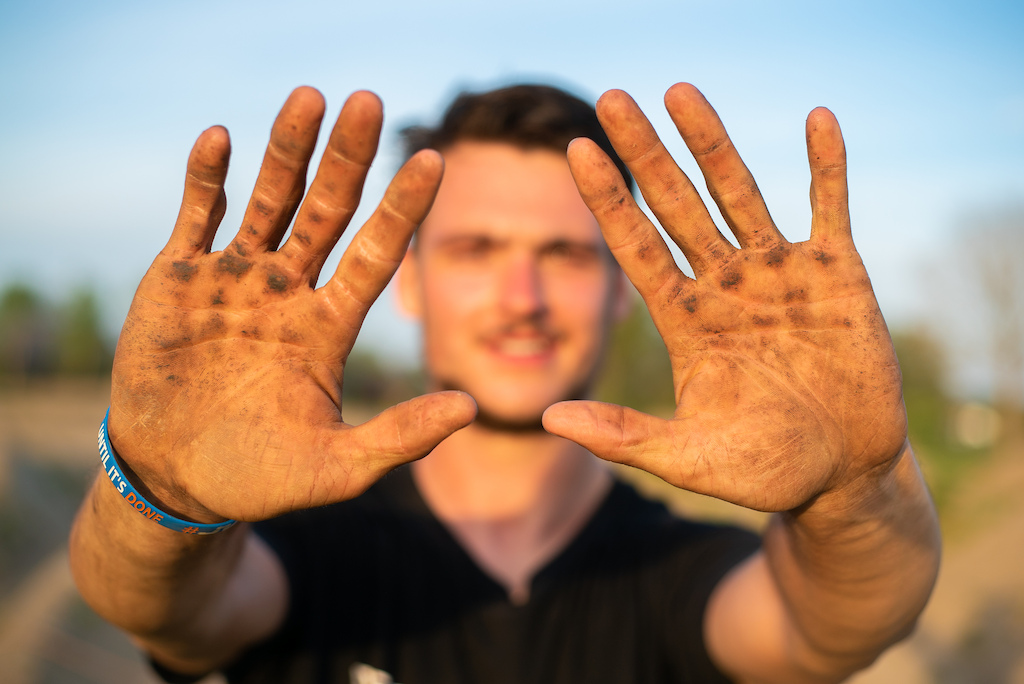 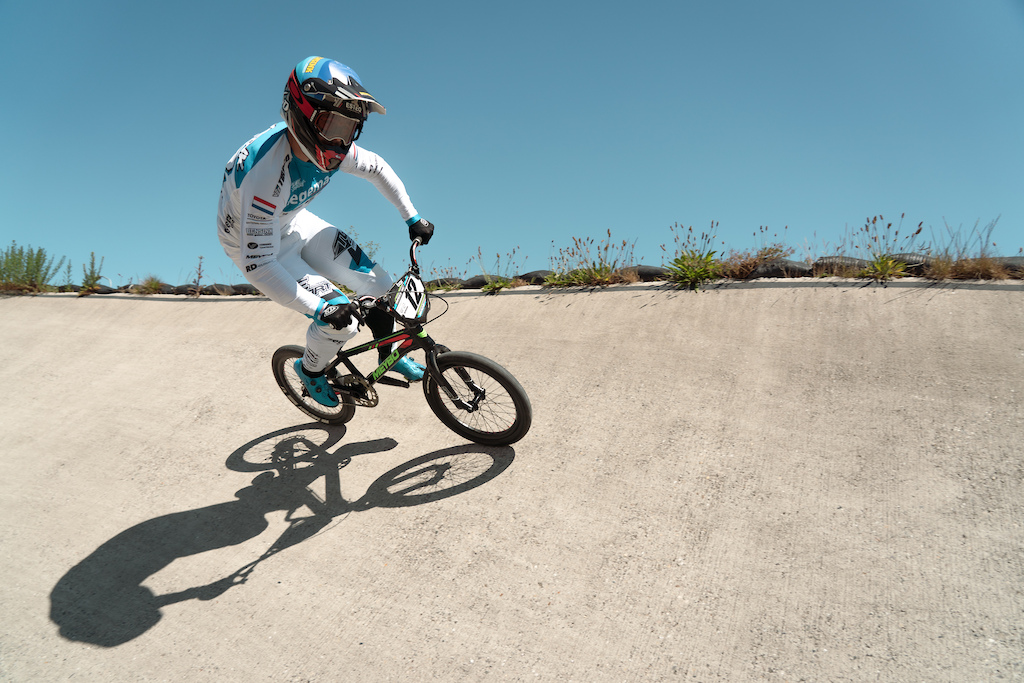 Pedaling up to about 60km/h right before hitting the rhythm section. No way back from here. 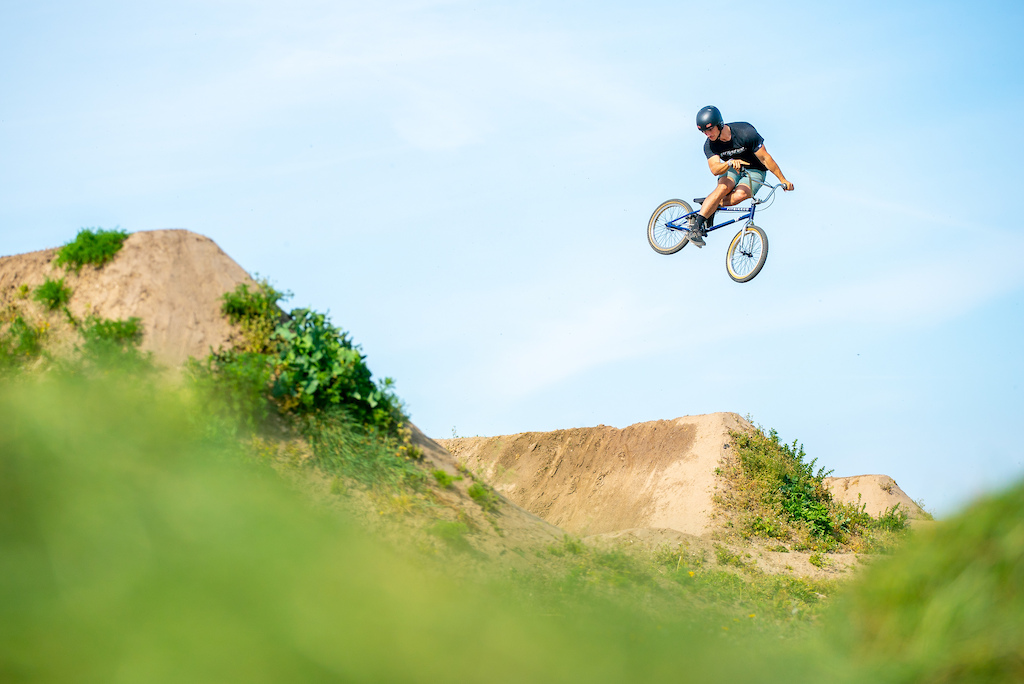 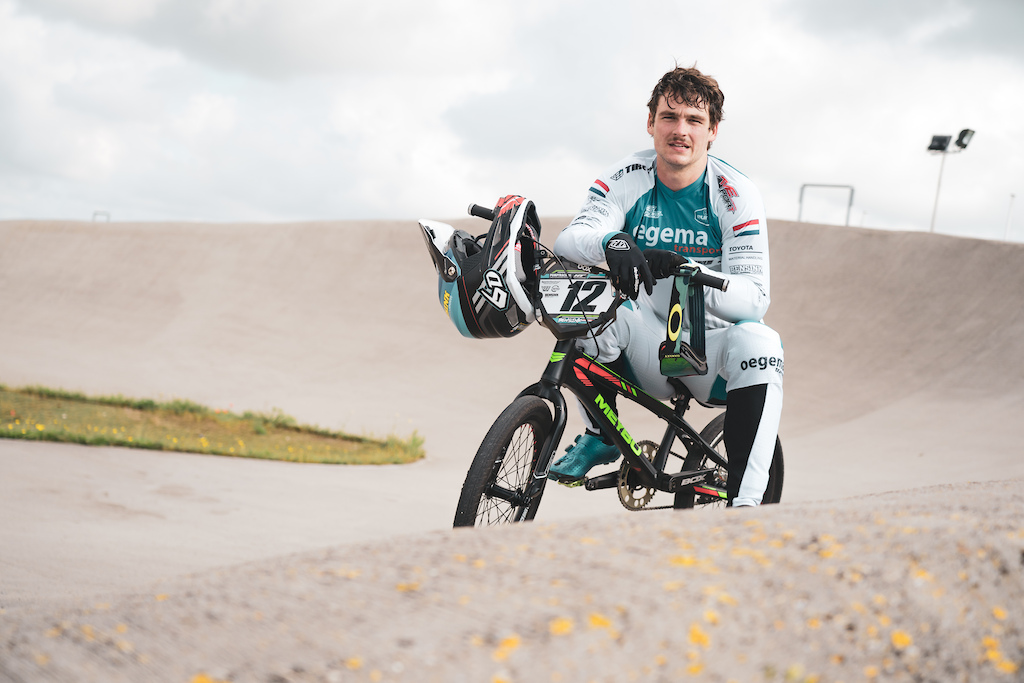 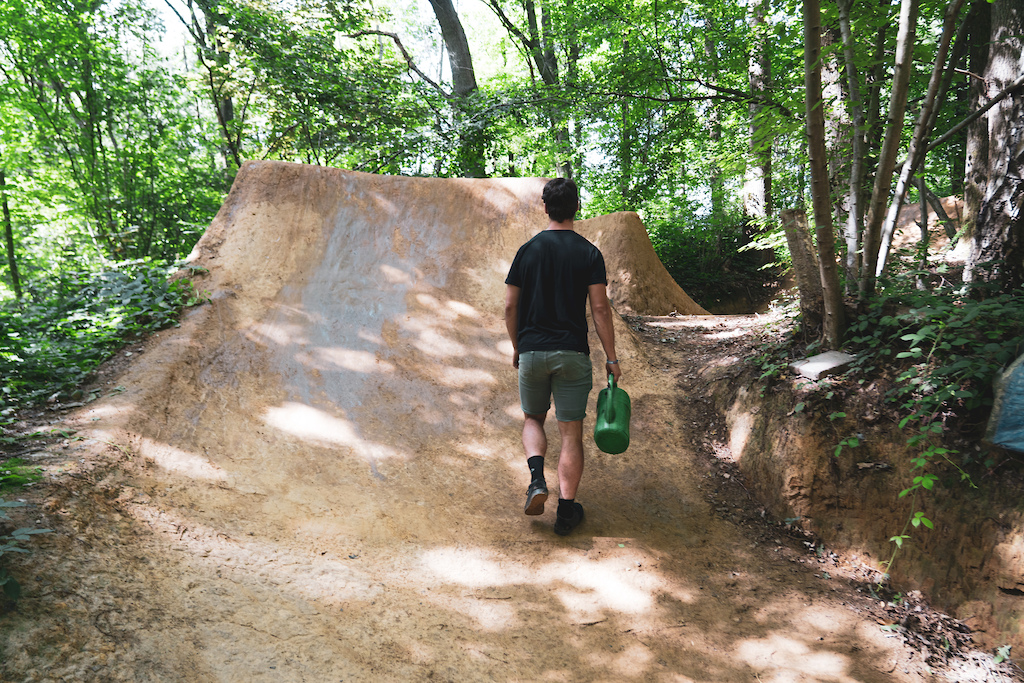 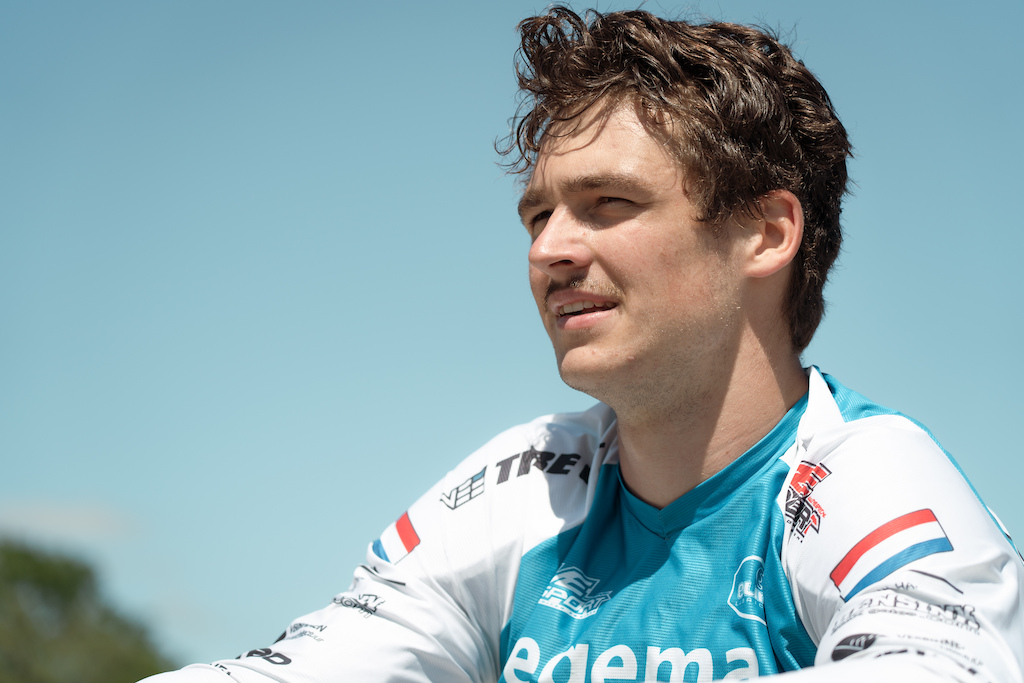 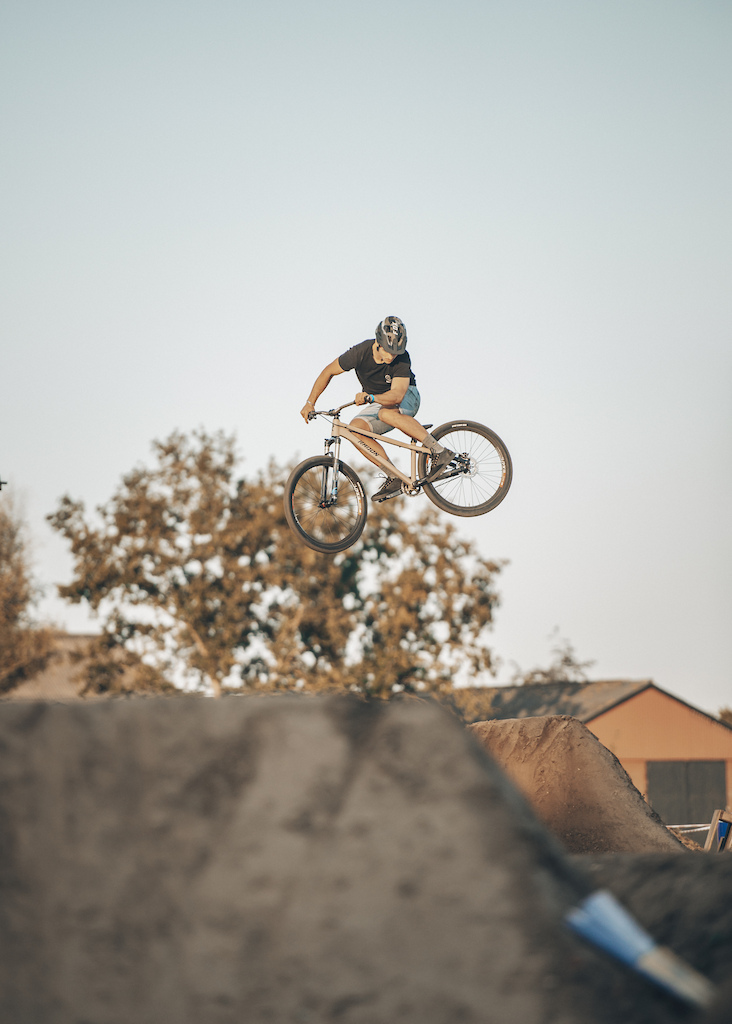 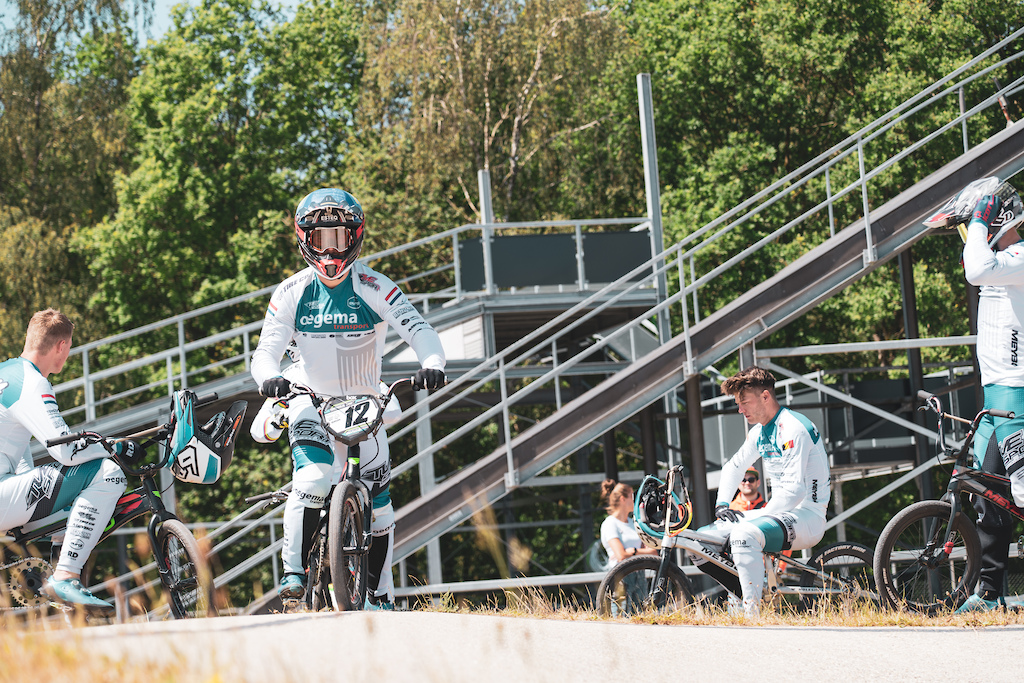 mrosie (Nov 15, 2020 at 13:32)
Damn, that was art in motion. Some of the most impressive riding I’ve ever seen, especially around the various pump tracks. Thanks for making/posting this edit.

likeittacky (Nov 15, 2020 at 16:23)
Have to say I enjoyed more the aesthetic artistry of the dirt jumps; over the riding on miniature bikes.

chazmann (Nov 15, 2020 at 8:58)
The many videos posted by the featured rider, titled, ‘amazing dude with epic style shreds the gnar to new heights, etc’ make me cringe... Nothing like patting yourself on the back...

maxmcculloch (Nov 15, 2020 at 14:33)
Pinkbike editors write/edit the titles for pretty much all of the blogs on the homepage. I'm guessing he probably didn't write that title himself.

Curse-of-the-foot-long-sub (Nov 15, 2020 at 22:39)
Besides, mtb industry is all about reputation, would you click on a video titled " below average but humble rider slowly rides green trails"?
I imagine he wouldn't go far

alergyprone (Nov 15, 2020 at 14:49)
I would say it’s a different kind of style. Not so much your classic Big steezy style but a racers precision style. Perfectly catching every transition. Both are beautiful to watch.