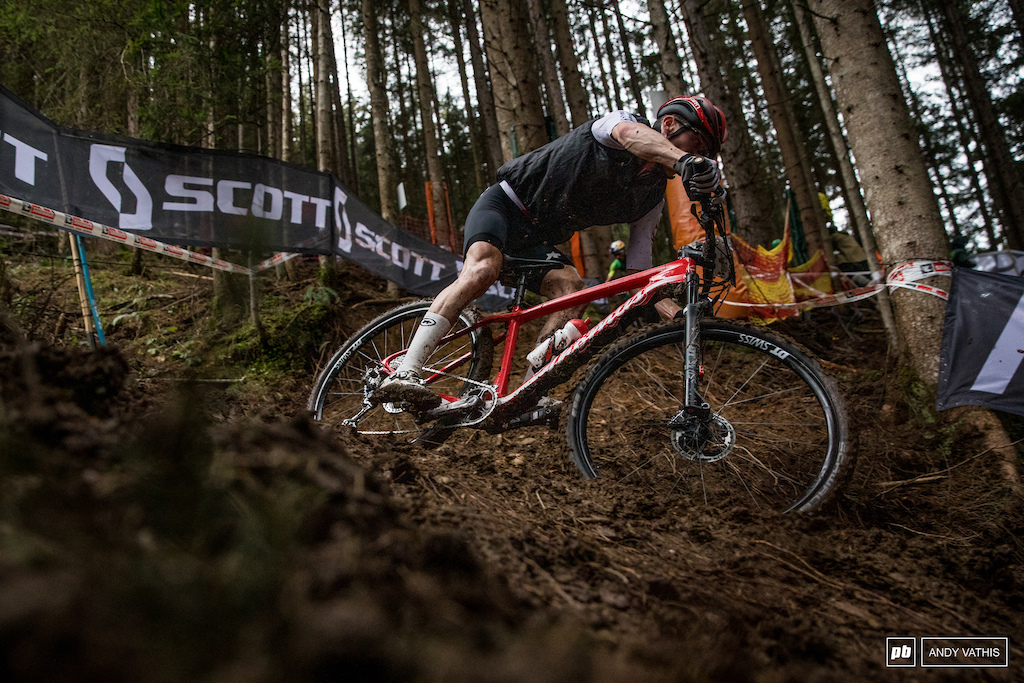 Catch up on all the action from a Leogang mud fest as riders battled for the legendary Rainbow Jerseys.

tunnel-vision (Oct 13, 2020 at 10:55)
Too bad Red Bull TV had to geo block the live coverage for a bunch of countries, including Canada. I dunno how it all works but if it's geo blocked, isn't that supposed to mean the blocked country has an existing means to watch it?

nesbittnick (Oct 13, 2020 at 11:34)
Correct. Someone bought the rights for that region if you couldn't watch it on Redbull TV. Look into using a VPN. Pinkbike had an article about it on Thursday or Friday.

vjunior21 (Oct 13, 2020 at 12:43)
Download the Opera web browser and put your setting to London England as your location. They don't track IP addresses. Works every time.

Food at race venues sucks. Many athletes complained of stomach problems in Nové Město na Moravě and Leogang, which makes me think that the food is bad at race venues or they drank too much hot chocolate due to the cold.


Catharine Pendrel winning from home. Catherine Pendrel did not attend the races at Nové Město na Moravě nor World Championships because she is expecting her first child (Congratulation!). Yet, she is the second best Canadian ranked rider at the UCI XCO Women's ranking (updated on October 13th).


COVID-19 long-term effects. Anne Terpstra caught the coronavirus at the end of March and it took her eight weeks to 'recover'. But she isn't immune because there are not enough antibodies on her immune system**. On Saturday after the race she wrote on Instagram: "I struggled with my lungs today and that's the reason why I couldn't finish."


Tokyo 2021: established athletes in the danger zone. The UCI Olympic Qualification Women's ranking was frozen on March 3rd, 2020, and will only add two nominated XCO World Cup events in the 2021 season.

On March 3rd, Hungary was on the 19th place, which means one athlete is qualified. If Hungary drops to the 22nd place, then Barbara Benkó (24, DNF, 41) is out of Tokyo 2021. Furthermore, Kata Blanka Vas (19 years old CX star) took the Hungarian XCO Title from Barbara Benkó last August and finished 2nd at the U23 XCO Worlds last Saturday. Thus, Kata Blanka Vas and Barbara Benkó could be fighting for the qualification in the first two XCO World Cup events in the 2021 season.

On March 3rd, Great Britain was on the 8th place, which means one athlete is qualified. At that time the obvious choice was Annie Last, who crashed during practice at Nové Město na Moravě (DNF, DNS, DNS). Additionally, Evie Richards was automatically qualified thanks to her fourth place at the 2019 U23 XCO Worlds. Finally we have Isla Short who without a team and racing with a National Outfit took 11th and 15th at Nové Město na Moravě, and 5th at Leogang.

On March 3rd, Netherlands was on the 3rd place, which means two athletes are qualified. The obvious choice would be Anne Terpstra and Anne Tauber, however Anne Tauber had a crash early in the season and was far from her best this past two weeks (41, 29, 21). On the other hand Ceylin del Carmen Alvarado is a 22 years old CX Super Star. Ceylin lost the overall CX World Cup Title on the last round last January by 15 points; nonetheless she took the U23 CX European Championships, the Elite CX Dutch National Championships, the Overall DVV Trophy, the Overall Superprestige, and the Elite CX World Championships. Finally Ceylin took 3rd at the U23 XCO Worlds last Saturday. Thus, Ceylin del Carmen Alvarado could be fighting for the qualification in the first two XCO World Cup events in the 2021 season.

AinsleyTrimix (Oct 13, 2020 at 10:35)
Do you think Tokyo will actually happen ? Without crowds it will be even more of a financial disaster than the Olympics normally are.

aireeek (Oct 14, 2020 at 7:24)
Tokyo is kind of damned if they do, damned if they don't. They already put in the infrastructure, so the biggest spend for the Olympics has already happened. If they go ahead, they risk poor attendance and taking a bath. If they delay a year, they risk losing the Olympics, and taking an even bigger bath. Ooooof - not a desirable position to be in.

(Also, the IOC must be nervous. If Tokyo loses a ton of money, how willing will cities be to bid on the Olympics in the future? Its already an issue.)