Oisin O’Callaghan, discovered through the #YTMOBWORLDTOUR and chosen to be one of two who joined The YT Mob in 2020. This time last year the thought of becoming World Champion was just a ‘dream’, but at his debut World level race he put down a great run, in the toughest conditions to take the Rainbow jersey. We joined him at home in Limerick, Ireland to find out what makes him tick, from trail building to tractors! 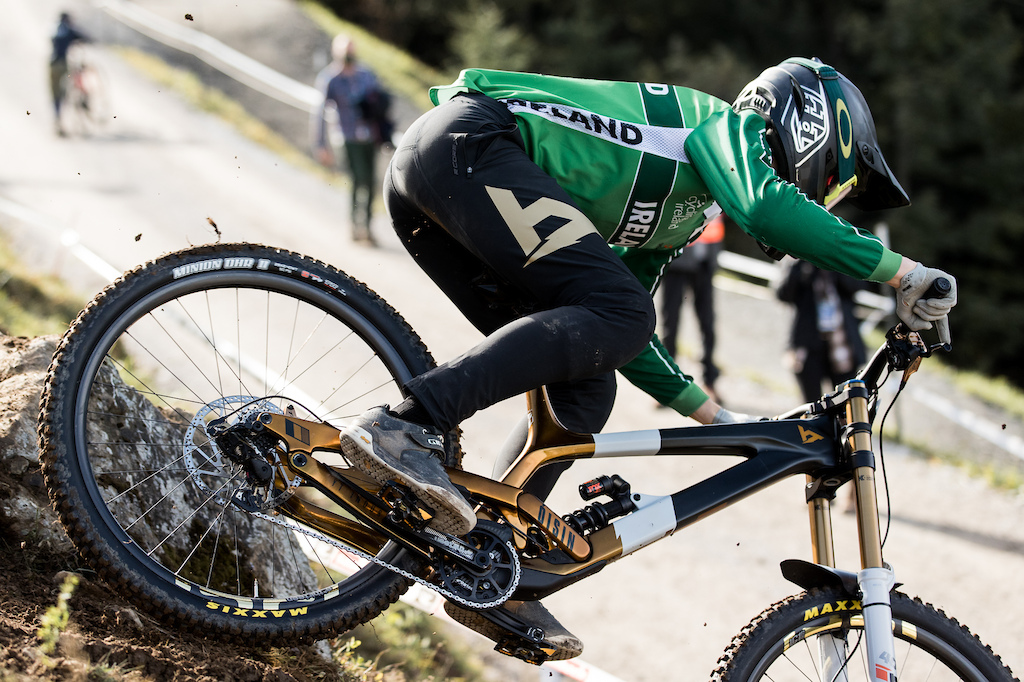 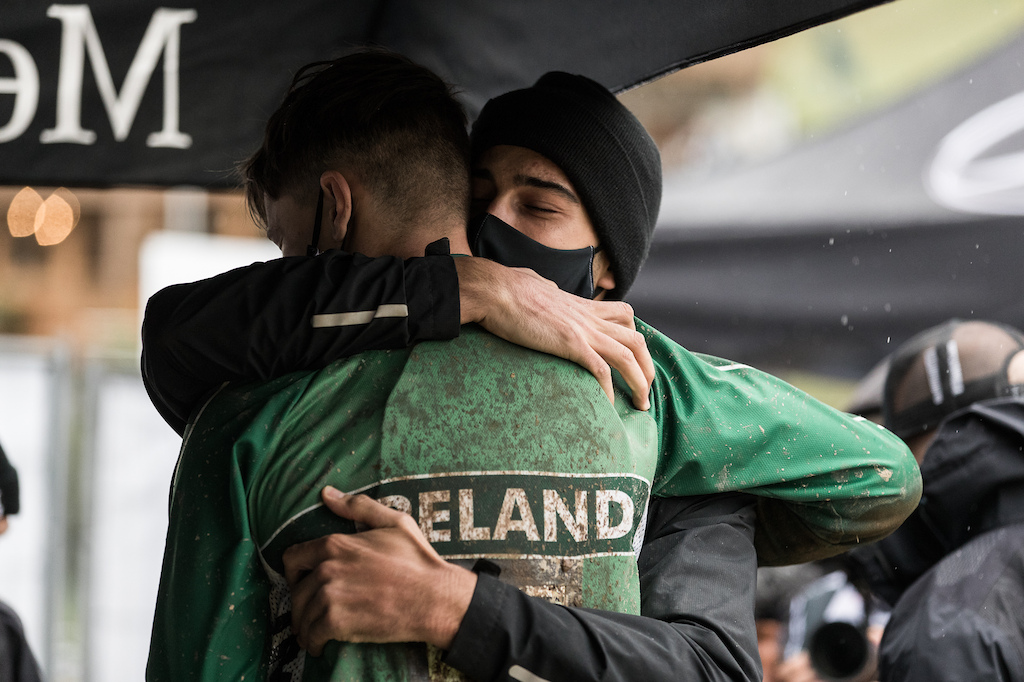 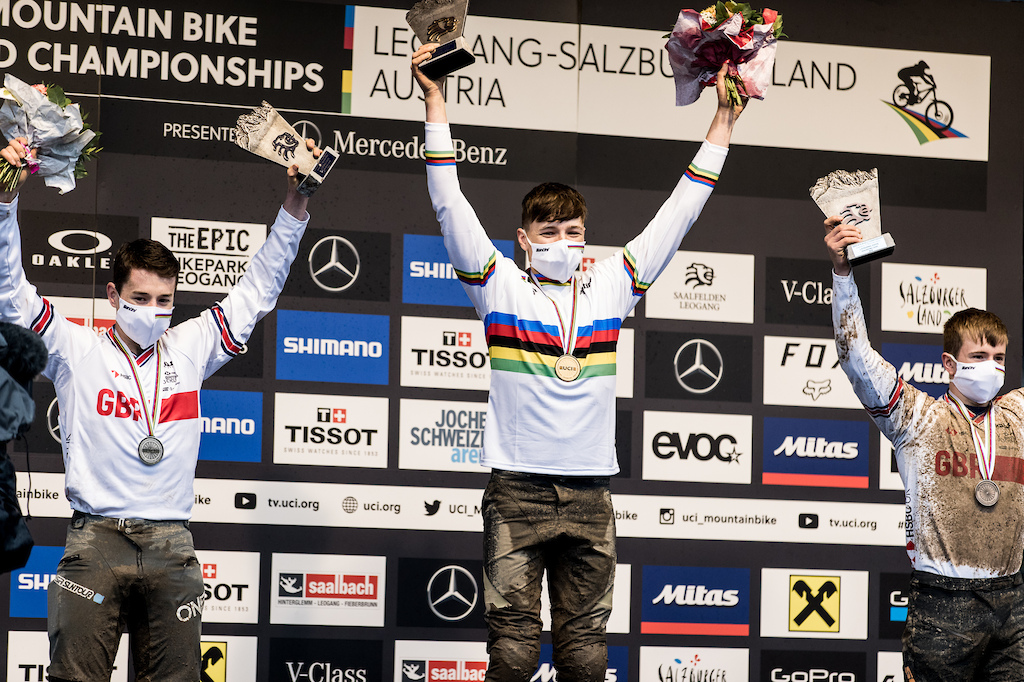 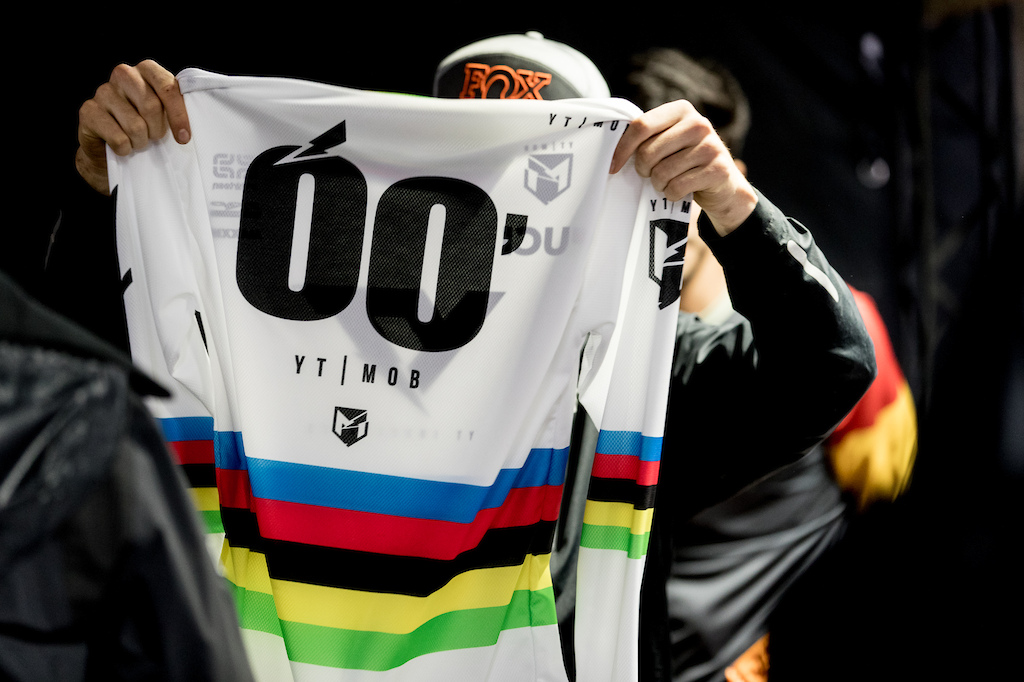 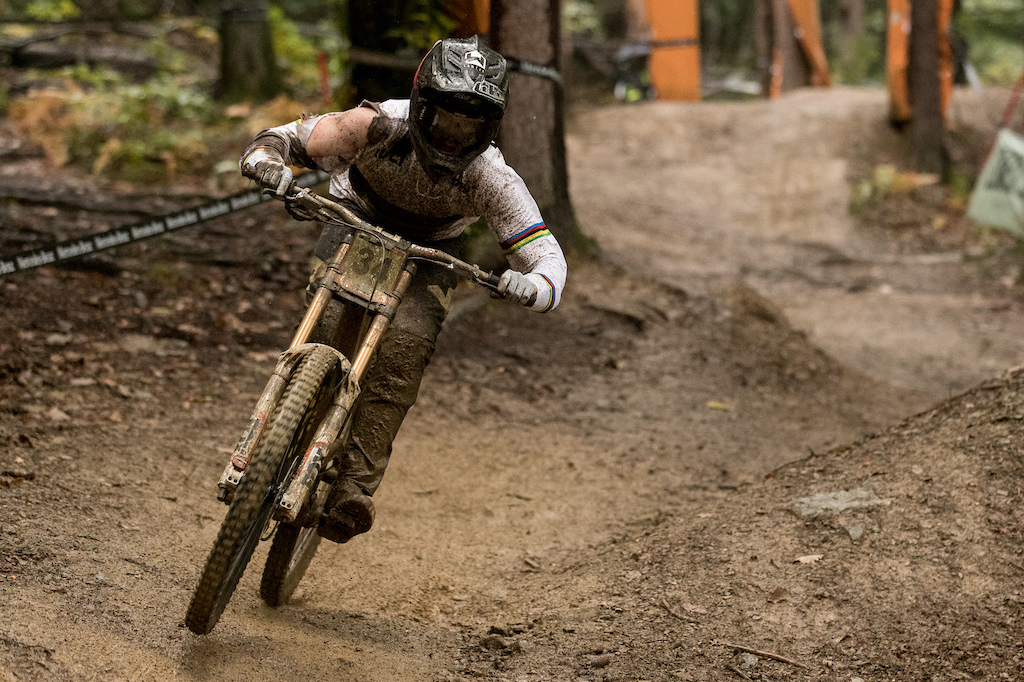 Over the past years he’s devoted his life to training and made many sacrifices that most 17 year olds wouldn’t. It’s clear that his passion and commitment has paid off, with already 2 World Cup win’s and narrowly missing out on the World Cup Overall. After another off-season at home in Ireland, he’ll be back, focussed on taking the overall and defending his rainbow stripes. We’re already stoked for next season! 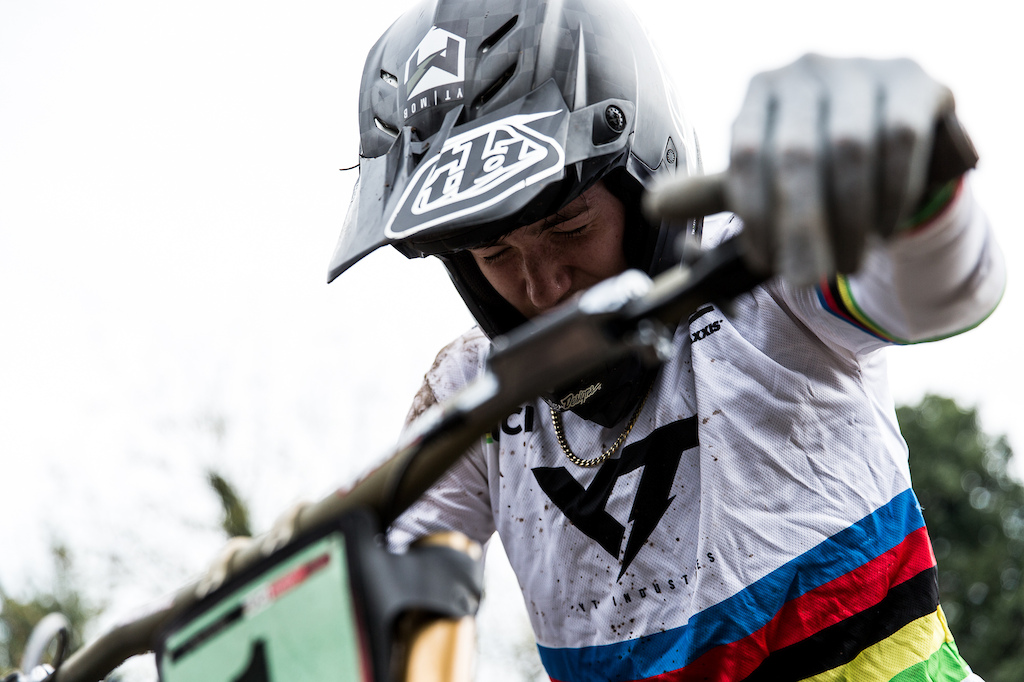 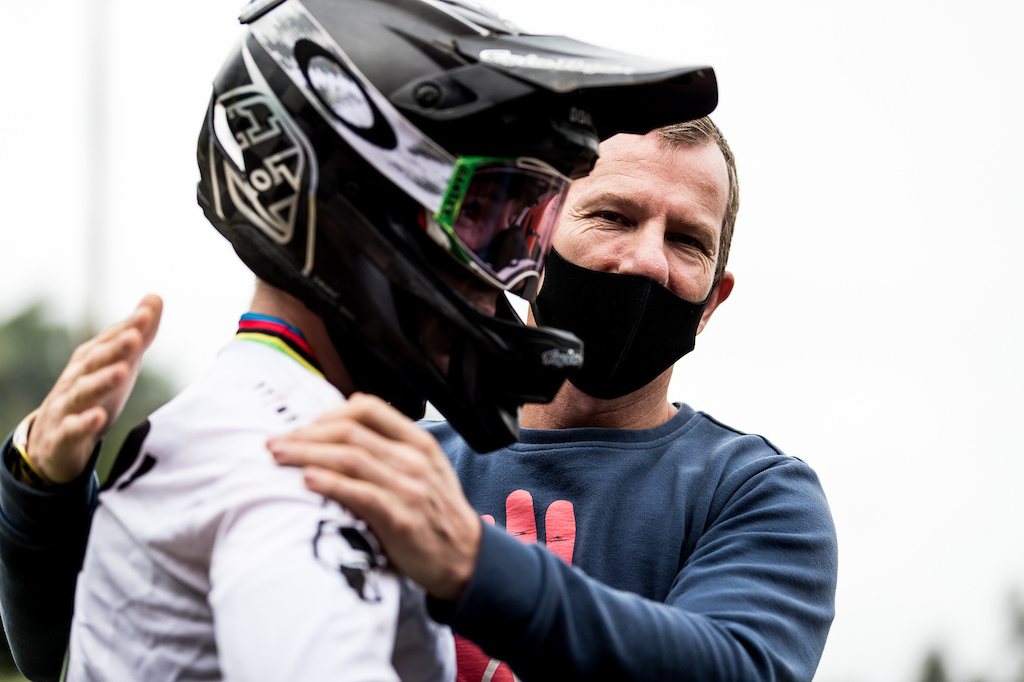 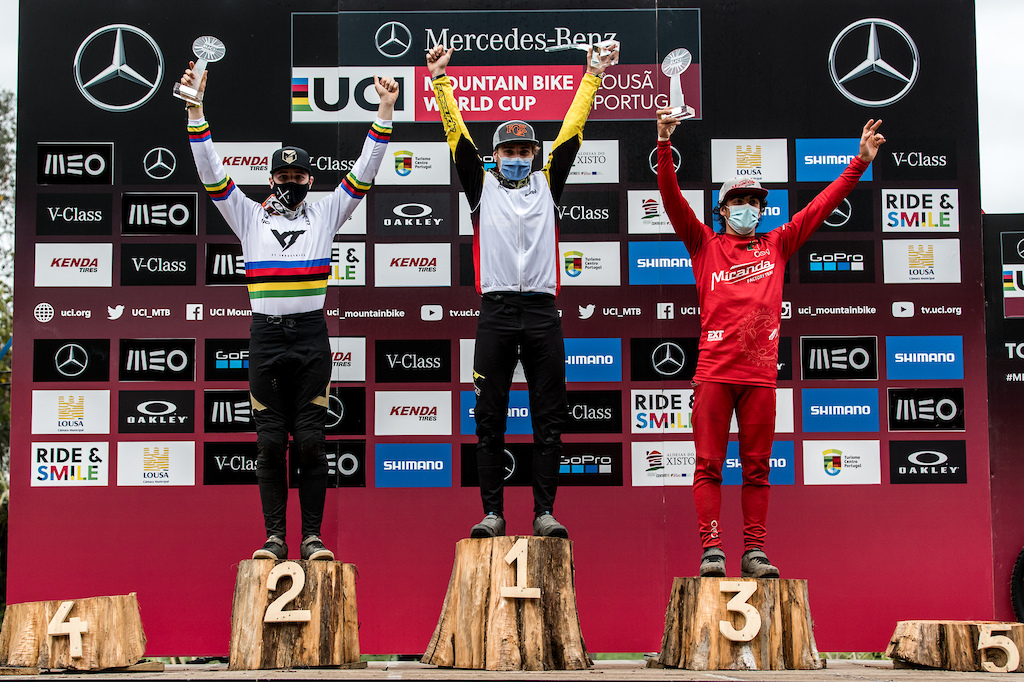 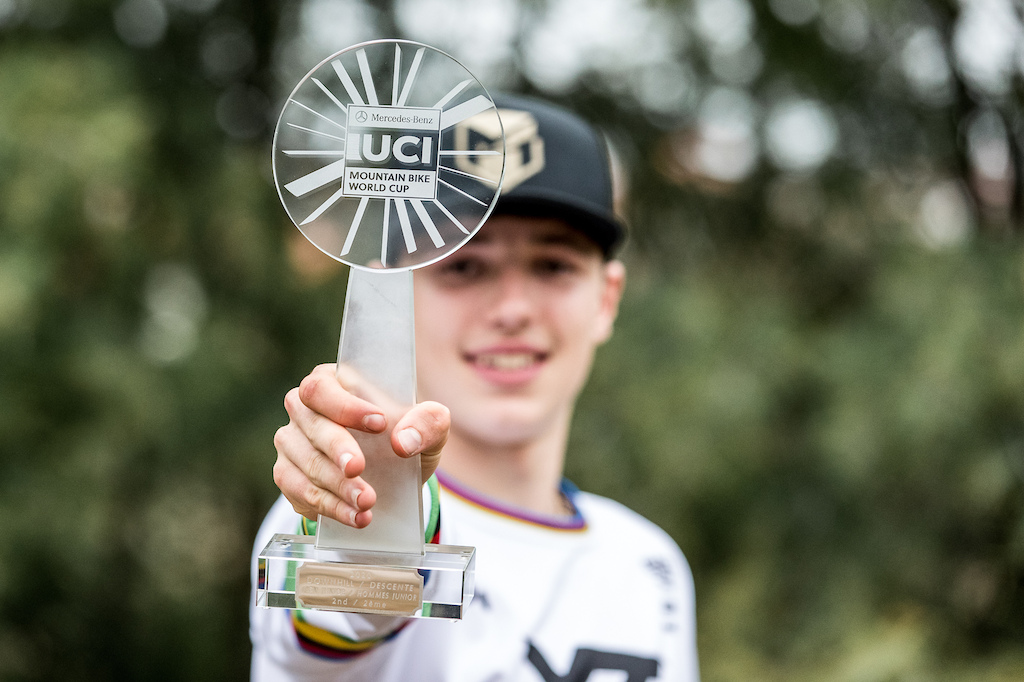 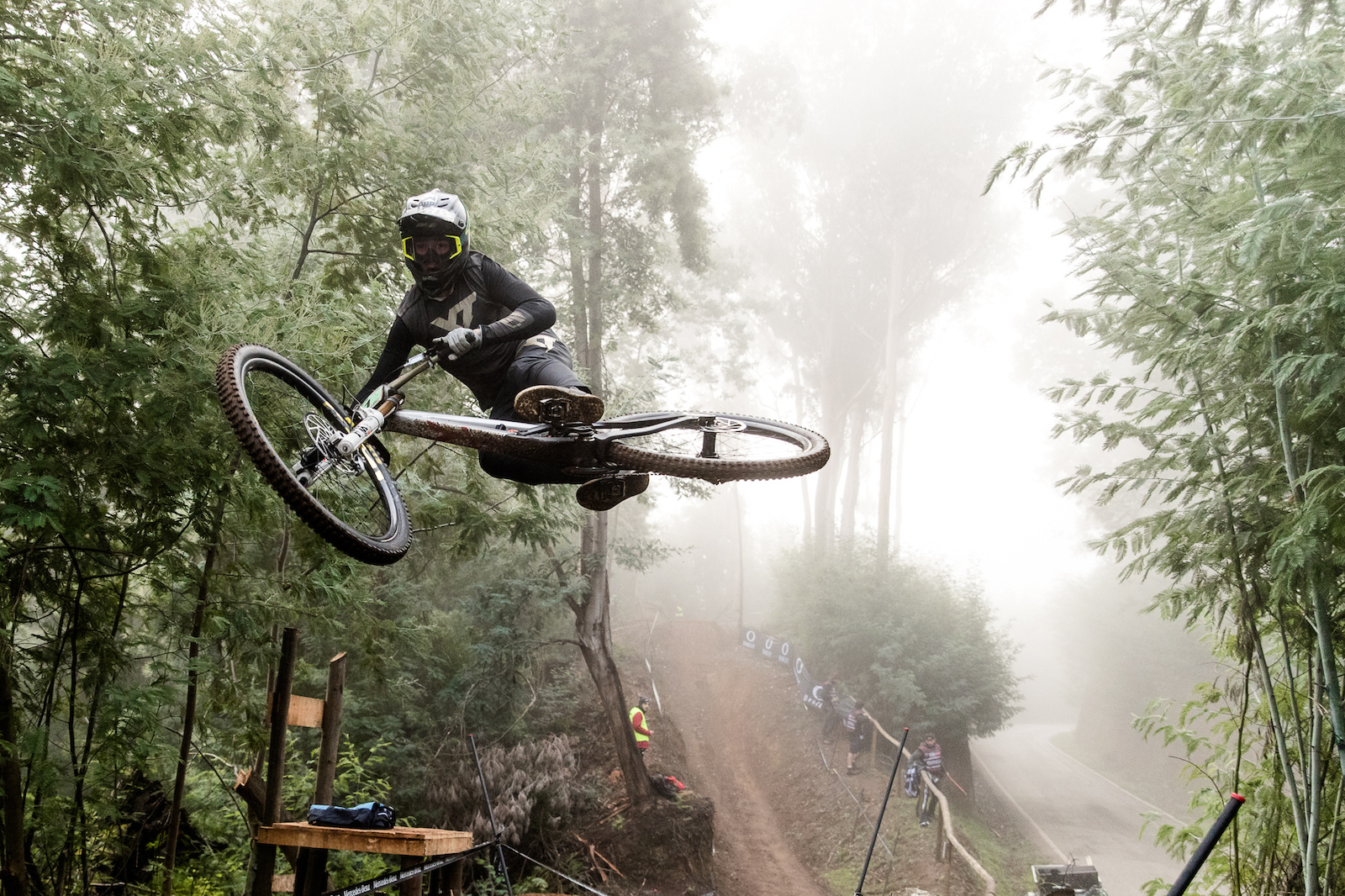 2pi (Nov 5, 2020 at 12:14)
@oisinocallaghan: All the best to you ! Looking forward to see you with the pros on TV.
But take it easy, one step at a time. May the fun be with you to get the hard work ahead done.
I hope Guy can catch up. You've put him between a rock and a hard place already

vpfree2009 (Nov 5, 2020 at 13:35)
Well done lad, massive achievement and good to see you kept er pinned in the following rounds. could of played it safe but sure no craic in that... unlucky with the puncture. Hopefully DH takes off again in Ireland!

showmethemountains (Nov 5, 2020 at 12:08)
@gabrielastin: isn't it more like o-sheen or uh-sheen? I guess ocean is closer than a plain English reading of his name

Linkpin (Nov 6, 2020 at 3:40)
@gabrielastin: Oisin says his own name in the video and about four words later the voiceover says it differently. On balance I'll probably go with Oisin's version I think.

twozerosix (Nov 6, 2020 at 10:03)
We have a picture book of Irish Legends for children, and the story of Oisin is a good one. His mother was turned into a deer by a mean jealous druid. My kids were scared of the druid. Ride like a deer!

siobhananon (Nov 8, 2020 at 13:27)
@twozerosix: not exactly, the stress is on the second syllable and I've always heard it pronounced (and say it myself) like "shuhvahn".

fit4racing (Nov 6, 2020 at 3:29)
Super proud of this lad and the work ethic he has. He has every element he needs to take DH to the next level, eyes on Oisin moving forward.

J1BB (Nov 5, 2020 at 13:17)
I'm in awe of Oisin! I was going absolutely mental at the time haha Made sure all my friends heard about his insane achievement even though they've no interest in the sport. I was disappointed big time with the lacking home media coverage YYYUUPPP DA BOII!

greginvan (Nov 6, 2020 at 6:55)
I met Oisin when I was at home in February before the shite cough happened. I was talking to my brother on the way home about how hungry and motivated Oisin was. My brother said that him and his dad have put in massive amounts of work and I won’t be surprised if he is world champ some day. Fairplay lad and enjoy every minute of it.

oisinocallaghan (Nov 6, 2020 at 13:12)
Thanks Greg ..Rory has helped me so much over the years and my dad told me of the crazy days of 021 dominating race scene

Hogfly (Nov 5, 2020 at 9:59)
Great video and a great story. Did I get that straight that the final track he's riding in the video is one he made at his house? It looks like a proper DH track?!

oisinocallaghan (Nov 5, 2020 at 10:01)
Hi That is the bizarre positive from Covid was 8 weeks of lockdown and a bonkers load of help from all ages .I marked it out with some tape after using google maps and then just got stuck in .

Awesome! Also looked a lot like the conditions of some of the WC races this season. Good training!

sspiff (Nov 5, 2020 at 10:24)
This kid is freaking killing it. Congratulations, I look forward to seeing what you can do over your career!

dkcove (Nov 5, 2020 at 22:30)
Inspirational stuff,for riders both young and old! That was a great watch,good man Oisin

oisinocallaghan (Nov 7, 2020 at 5:37)
Thank you and my parents and i hope it gets people having fun in the mountains together

Skiskateshane (Nov 5, 2020 at 9:56)
What a dream scenario for everyone involved in this YT MOB Tour and Oisin

SmashySmashy (Nov 5, 2020 at 10:34)
Insightful vid, great to get a glimpse of what goes into performing at that level.