This is Morgan Perrin, Skiing Paralympian. New Dad and all around just an awesome dude!

Yes he has No Hands or Feet, He was just born that way and it has not held him back for one second! He told me the other day after being hit by a car while go-carting when he was 10, with his parents being told he would be lucky to make it through the night and would likely never walk again proved to be a setback, the recovery process provided some challenges but it never stopped him from loving sports. Morgan really discourages people from ever referring to him as disabled.

If you are wondering about his prosthetics? Morgan is grateful that The War Amps helps support him in his athletic pursuits, What a great organization.

Morgan grew up in Vancouver and started skiing when he was 4 and riding a bike when he was 3. He moved to Whistler in 2008.

Yes, he also rides an e-bike! In 2019 he bought one and it was a game-changer. He basically uses 4 times the energy on climbs than most. It has also opened up new trails to him, Morgan can now ride up into the Alpine areas.

Big shout out to his Alpine Canada coaches and teammates, also his wife Julie and new bay girl Lyla for the support.

Full Pov run on The Stache in Pemberton BC 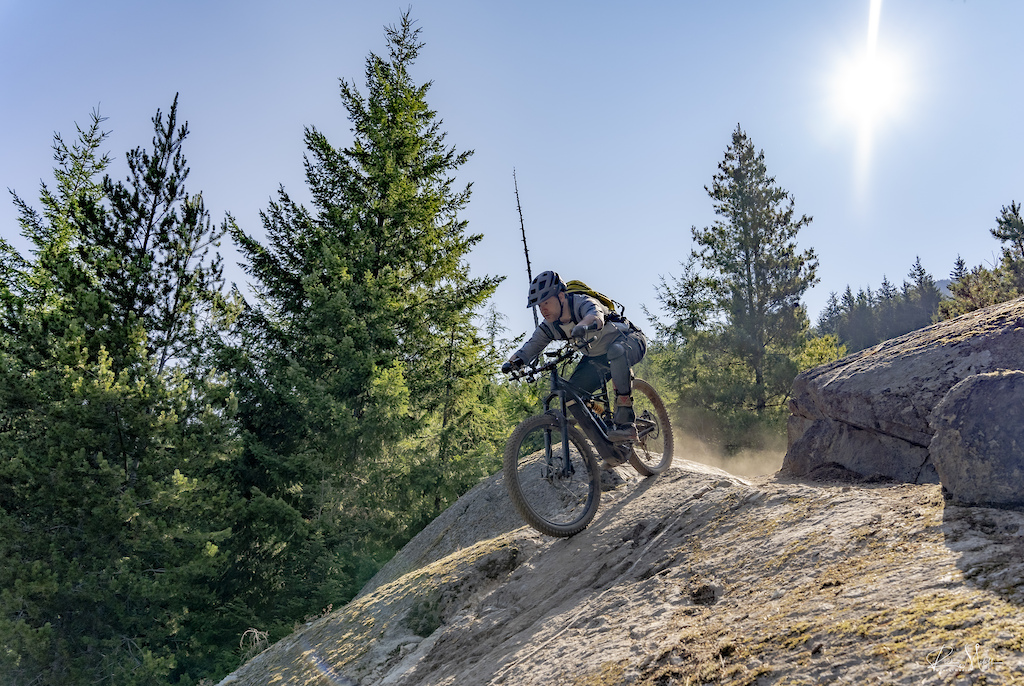 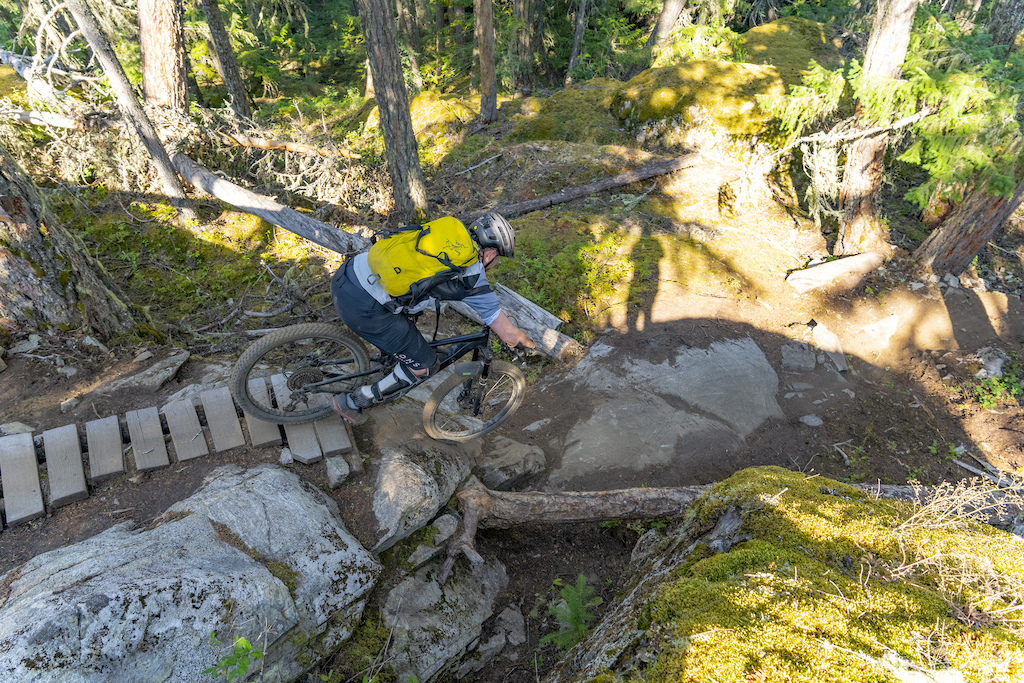 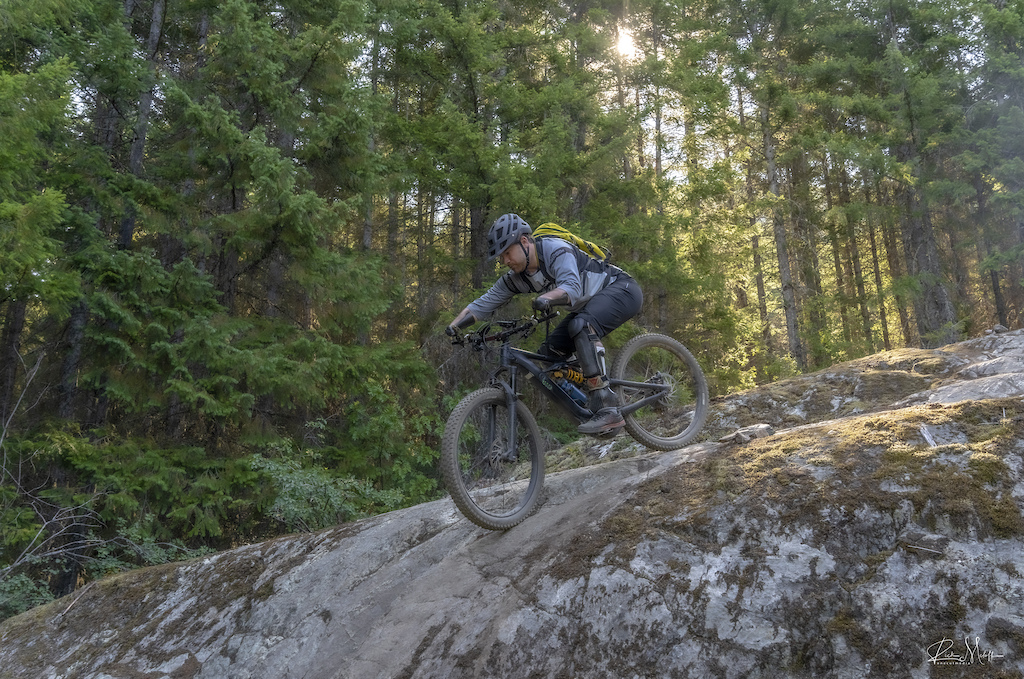 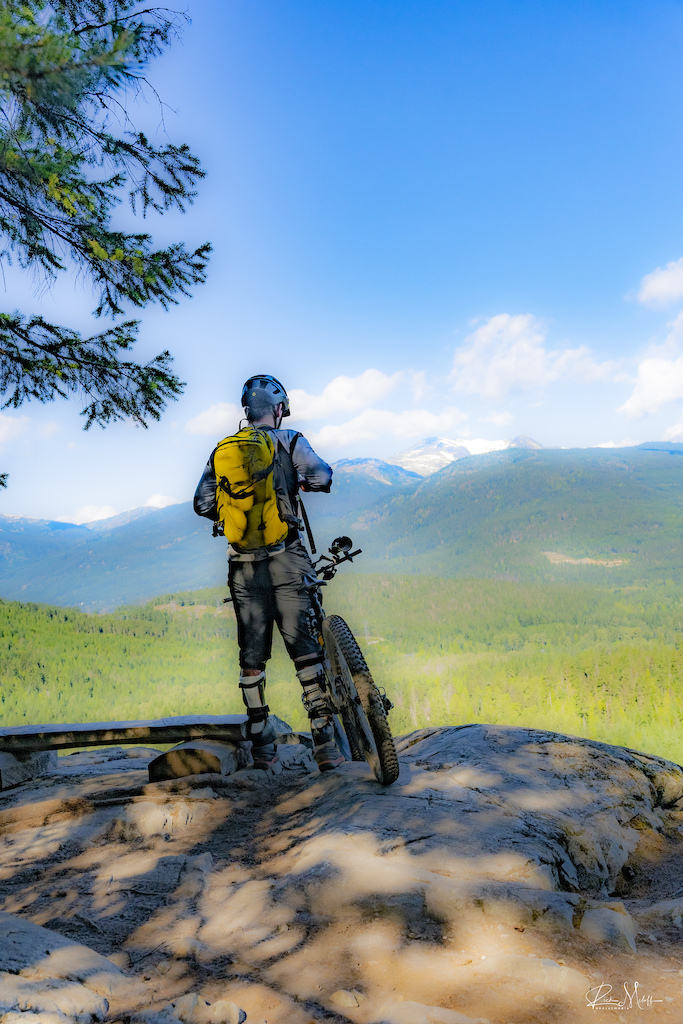 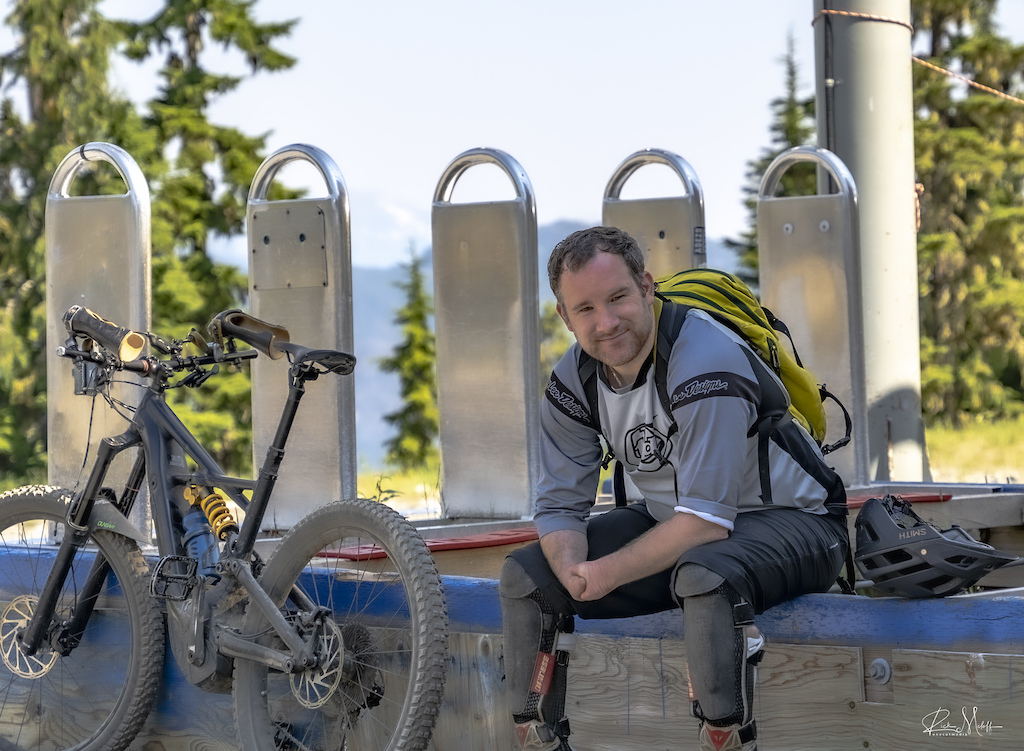 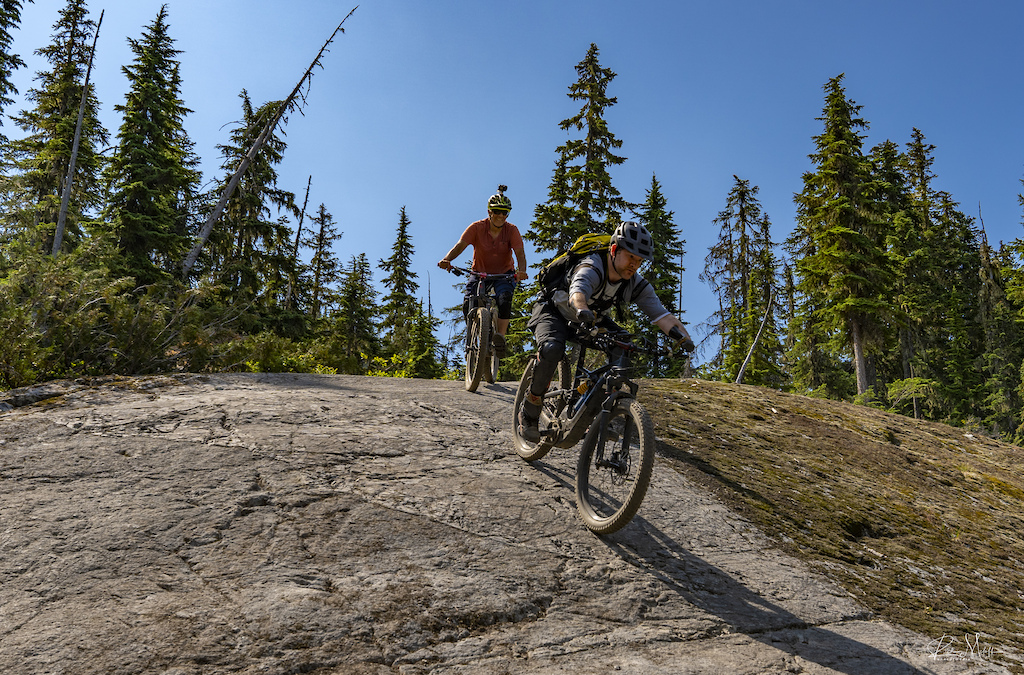 rdoadesuk (Oct 24, 2021 at 7:55)
WOW! I salute you sir! What an inspiration. I'll think about this the next time I consider moaning about uncomfortable this or chaffing that! Ride hard, ride safe Morgan.

commental (Oct 24, 2021 at 9:22)
"This is Morgan Perrin, Skiing Paralympian. New Dad and all around just an awesome dude!"
The word awesome is usually an over exaggeration. In this case it's truly fitting.

BikesNRussets (Oct 24, 2021 at 8:27)
What a shredder! And props to whoever designed that bar setup, I definitely couldn’t even think of that.

Having ridden all of those trails, it's crazy to see the brake modulation, body weight/pressure and control that he has. Some of those are really committing slabs/lines!

Clownshoe (Oct 24, 2021 at 17:47)
Morgan is a total shredder winter and summer. Also, if you need a new truck Morgan can sort you out at the Ford dealership in Squamish!

onecutmedia (Oct 29, 2021 at 4:21)
riding with him this coming Monday again, he has his new bike and his old bike has been put back to a noraml bike for sale, I might just buy it

yoannbarelli (Oct 25, 2021 at 16:17)
Really inspirational and what a great riding Morgan !! Keep kicking ass and rocking life man, it's beautiful to watch