Video: Paul Basagoitia Shares How an eMTB has Helped Get Him Back Out on the Trails


A child prodigy on a bike, Paul Basagoitia won a BMX World Championship in his age group at 10 years old. At age 17, he borrowed a mountain bike to compete in his first slopestyle—and won the 2004 Crankworx Slopestyle in Whistler.

For the next decade, Paul's status in the sport continued to escalate—popularizing tricks previously seen only in the realm of BMX—until a devastating crash in the finals of the 2015 Red Bull Rampage fractured his T12 vertebra, damaged his spinal cord, and put an abrupt end to his career. 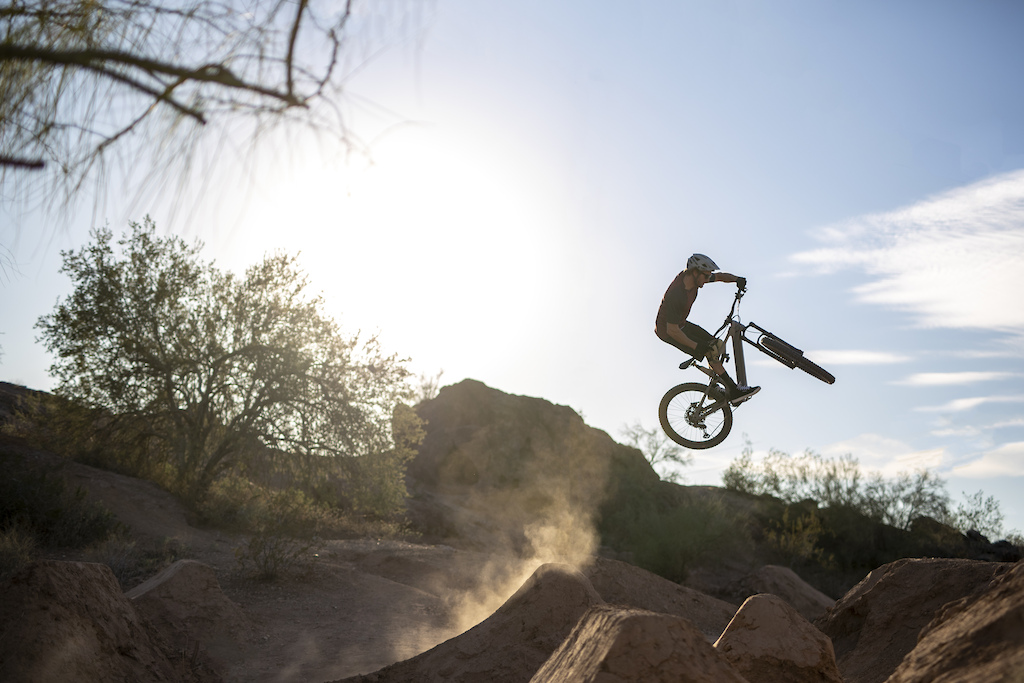 Told he may never walk again, Paul could not accept that prognosis—and decided to fight against his paralysis from the waist down. Through months of physiotherapy, often up to ten hours a day, Paul persevered—building from one positive achievement to the next: Getting up from the wheelchair on his own, driving a car again and taking his first steps without crutches.

Today, over five years after the crash, Paul is riding a bike again—thanks to e-bike technology. 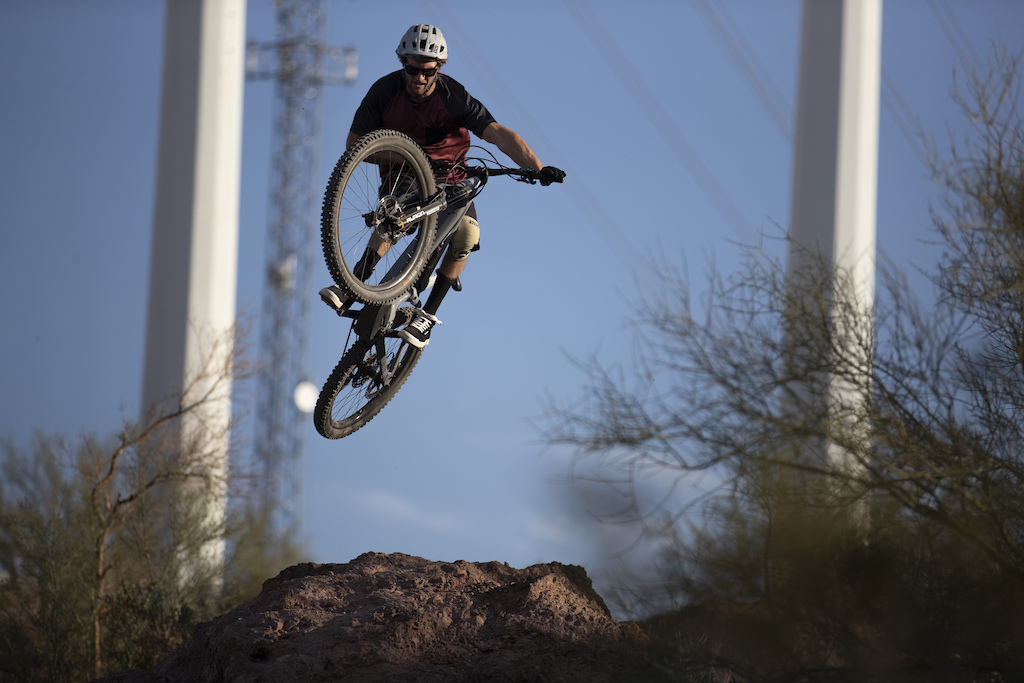 On being an e-bike ambassador:

Paul Basagoitia: I don't have to "sell" anybody on e-bike technology—the capabilities sell themselves. Every person I've witnessed test ride an e-bike comes back excited. For e-bike technology to explode in the mountain bike world while I was hurt was a huge blessing. Now I’m able to go out and ride with buddies. All the hill climbs I would not be able to do on a regular mountain bike, I’m able to do now with an e-bike. E-bikes have opened up so many doors as far as me being able to have more access to these trails. I literally had everything taken away from me in life—this technology has helped me in so many elements of life. Now, I’m slowly getting everything back in life—and the e-bike is one of them. I wouldn't be able to ride 80% of the trails that I ride without an e-bike. And I believe the e-bike can open up what is possible for every rider. 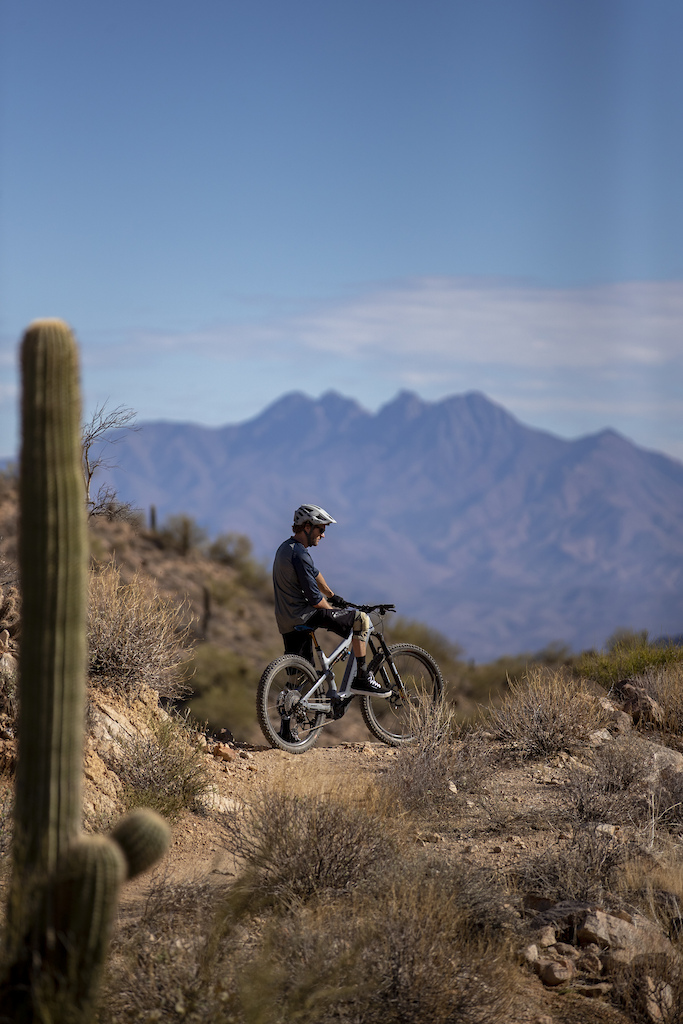 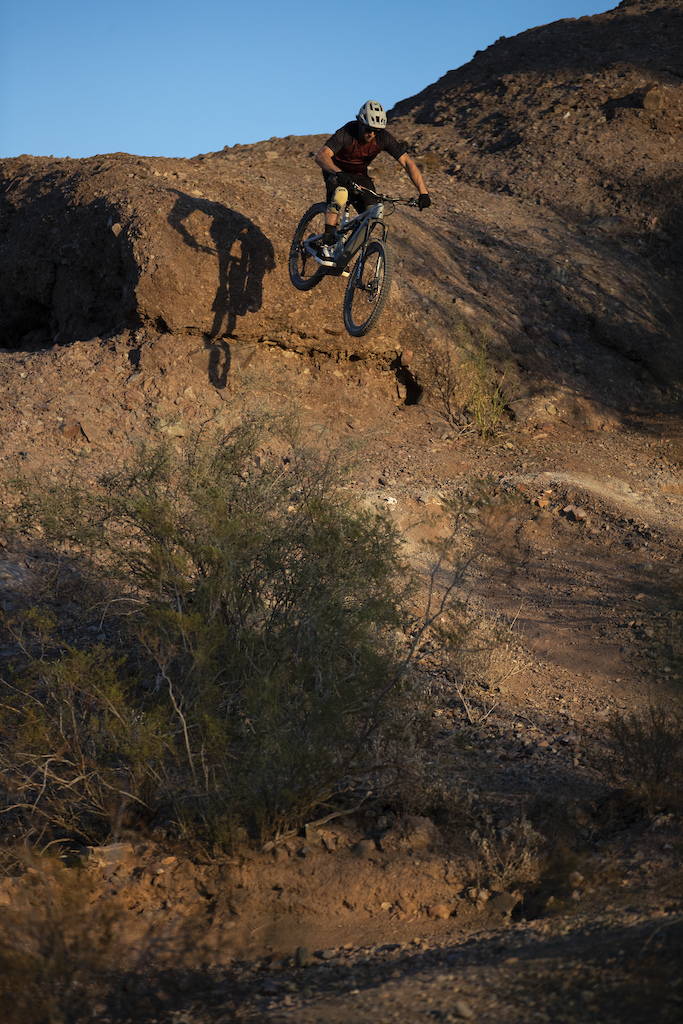 I know what my body can do, and can't do. My body tells me "no" before my mind tells me "no." For me, drops with flat landings are a huge challenge—I know my ankles will blow up if the landing of a jump is shallow or doesn't have a steep backside. I have atrophy below the knee of both legs—and no feeling or sensation below the knee of my right leg. So I wear AFO braces to help keep my feet up, and in place. With no calf strength or dorsiflexion muscles, you have to compensate with other muscle groups to put the bike where it needs to be—I use a lot more upper body strength to move the bike around now. 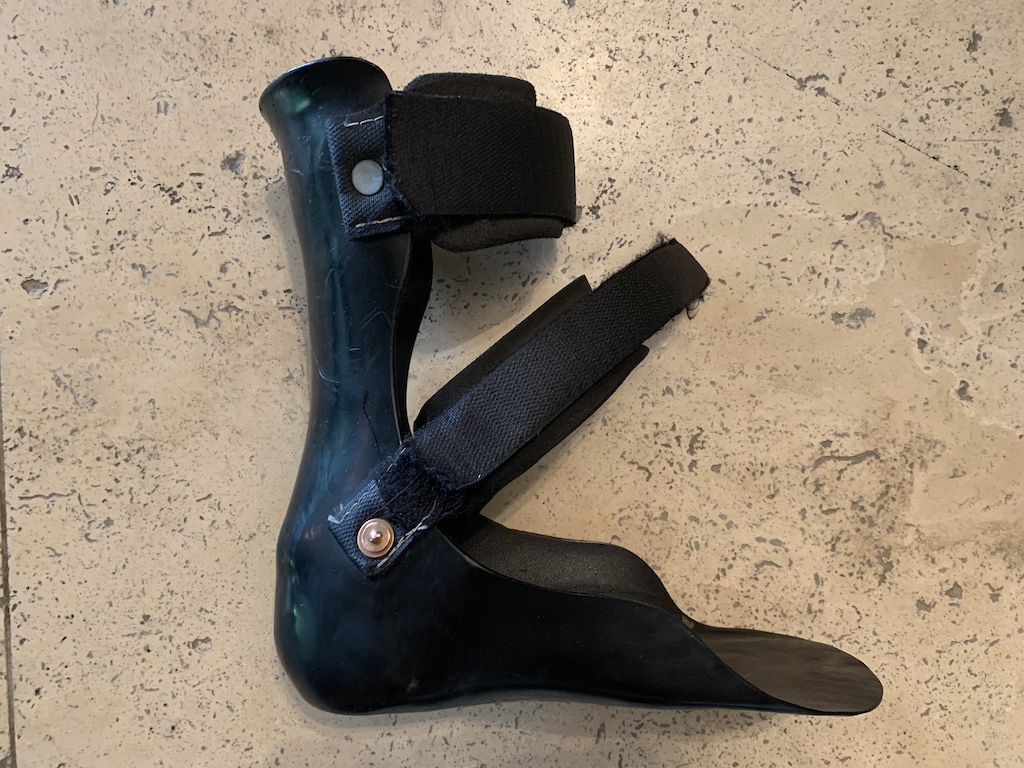 "I wear custom 'AFO' braces that I had made for riding. My first all-carbon braces kept snapping—at $1500 a set, that started to add up, so we replaced the material with plastic to get more flex."—Paul B 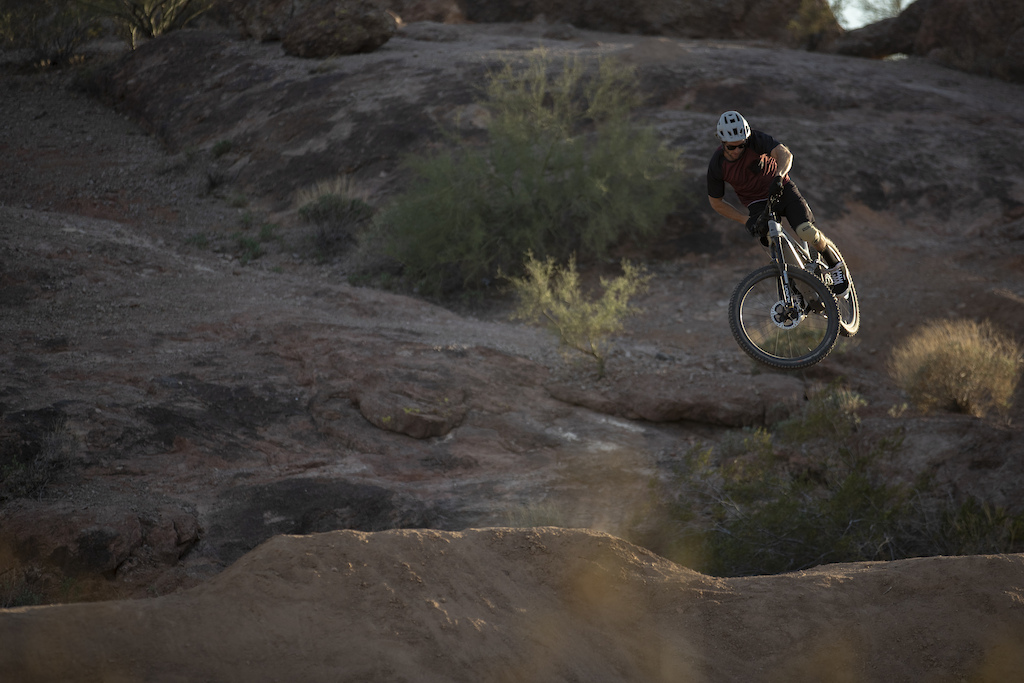 On building physical strength for riding:

I'm always working out my legs. I do a lot of acupuncture to aid blood flow—and help get sensation in my extremities back. I still have a lot of atrophy, so I use electro-stimulation—they're like little electric pads I attach to my muscles to try and get them fired back up. After a hard day of riding, I need to spend 30 minutes in the hot tub. 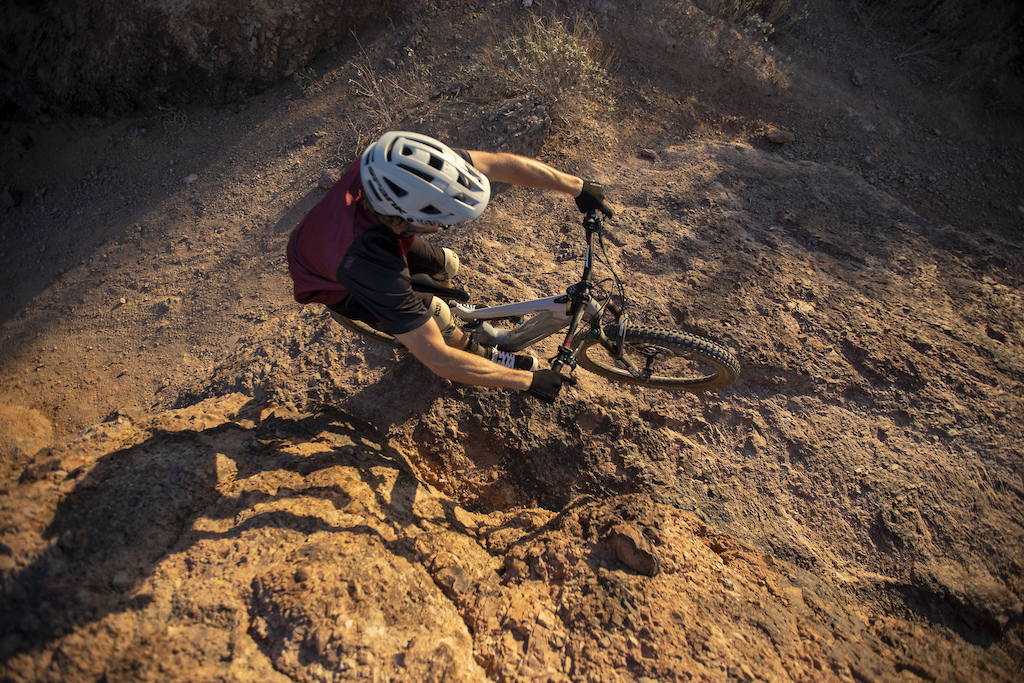 Since my injury five years ago, I never thought I'd progress as much as I have. Every year, I get a little better on the bike. It takes a lot more muscle groups to walk properly than it does to ride a bike. 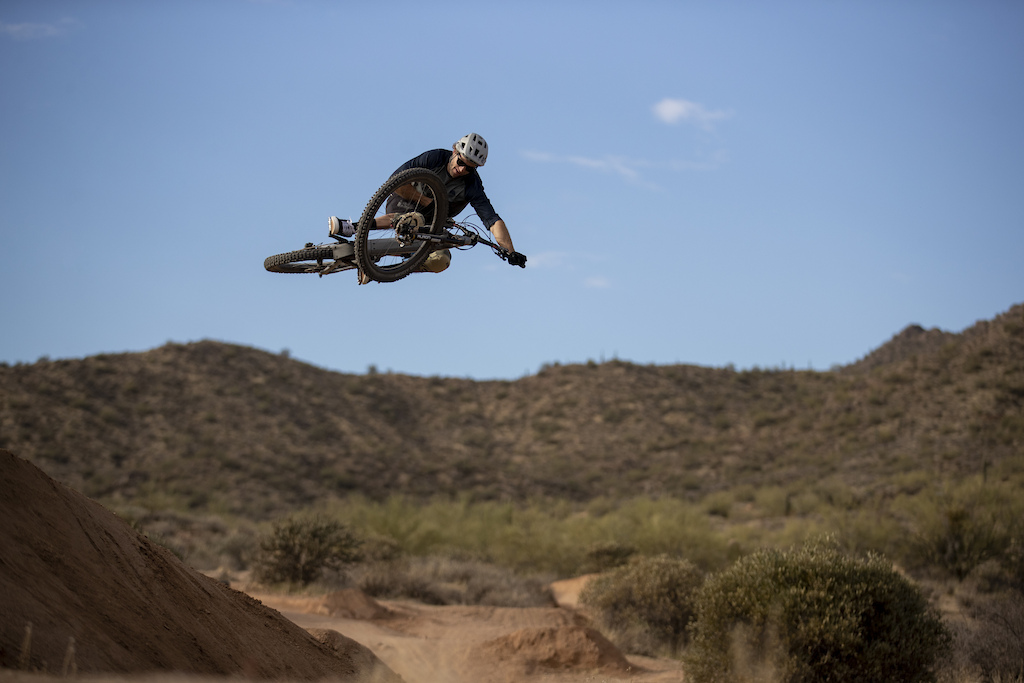 On his favorite trails in Scottsdale:

About 20 minutes from my house, there are trails called the NRA Pit. It's a little jump trail with some singletrack and at the end it has this awesome left hip. I was able to crack my first real table, again, on that jump—Kirt Voreis built that hip and it's perfect. I try to go ride there at least once or twice a week. 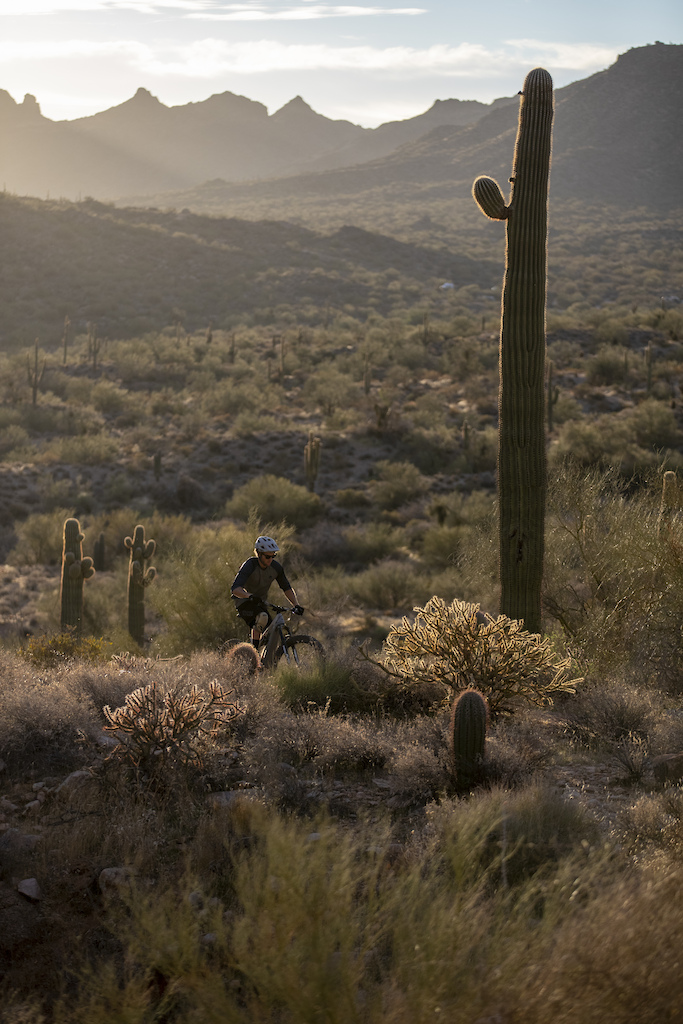 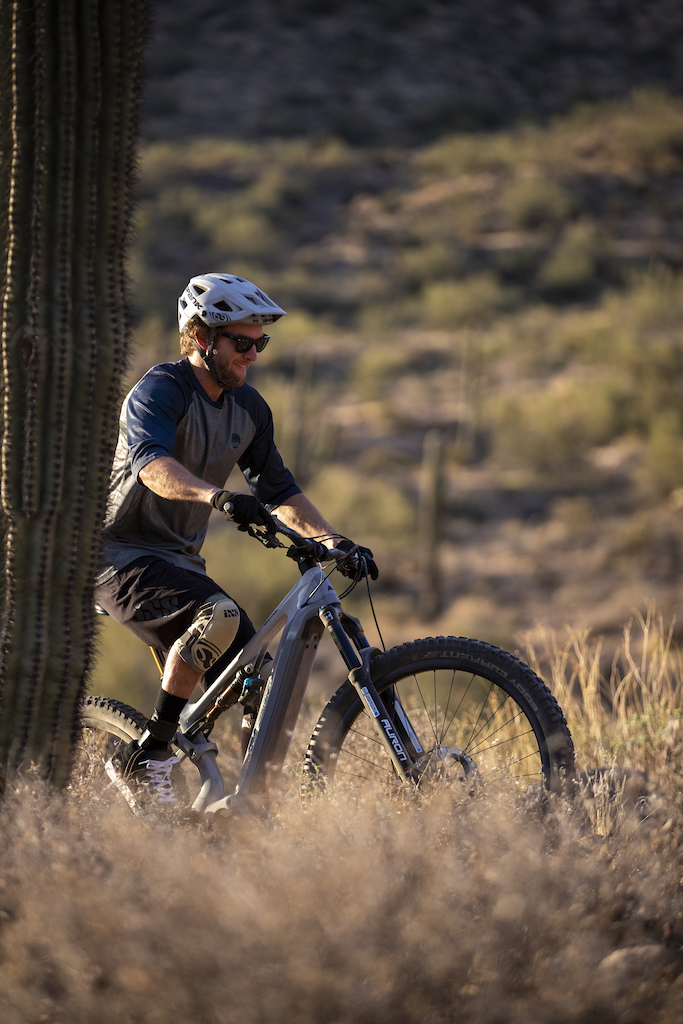 On the benefits of e-bikes:

There was a time in my life that I hated bikes—after my injury, I was like "damn, bikes took away my legs." But as time went on, I healed, and to see what e-bikes are doing for me, and others, is so powerful—it has had a huge impact on other athletes and other people, as well. It’s so awesome that it’s bringing so many people together, on trails, riding, and having a good time.

To go out, to ride trails, to have the freedom, to have these conversations, to just enjoy life, that is so important for me now. To be able to explore new trails, meet new people, and just ride bikes again is incredible. And whether it’s with other pedal-assist bikes, or with traditional mountain bikes, I want to go ride with people. I just want to go out, ride, and have a good time—enjoy what this world has to offer. 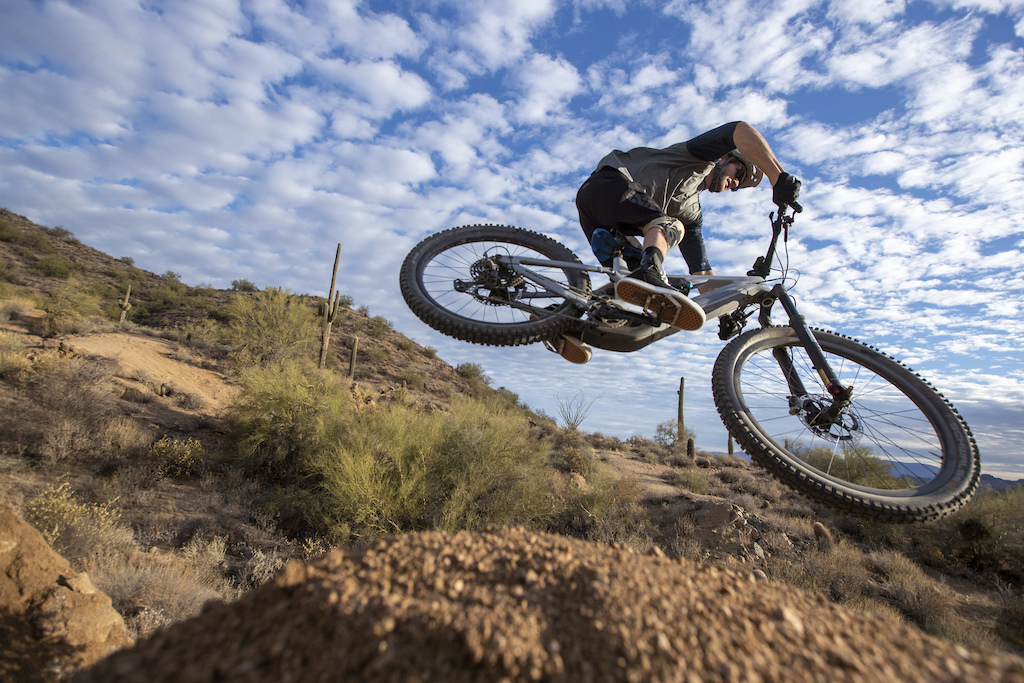 On the giving back:

I'm associated with the High Fives Foundation working with the adaptive sports camp at Northstar every year and providing shoes for everyone through my role with Ride Concepts. I go and help the riders—with people that are new to the sport or returning. 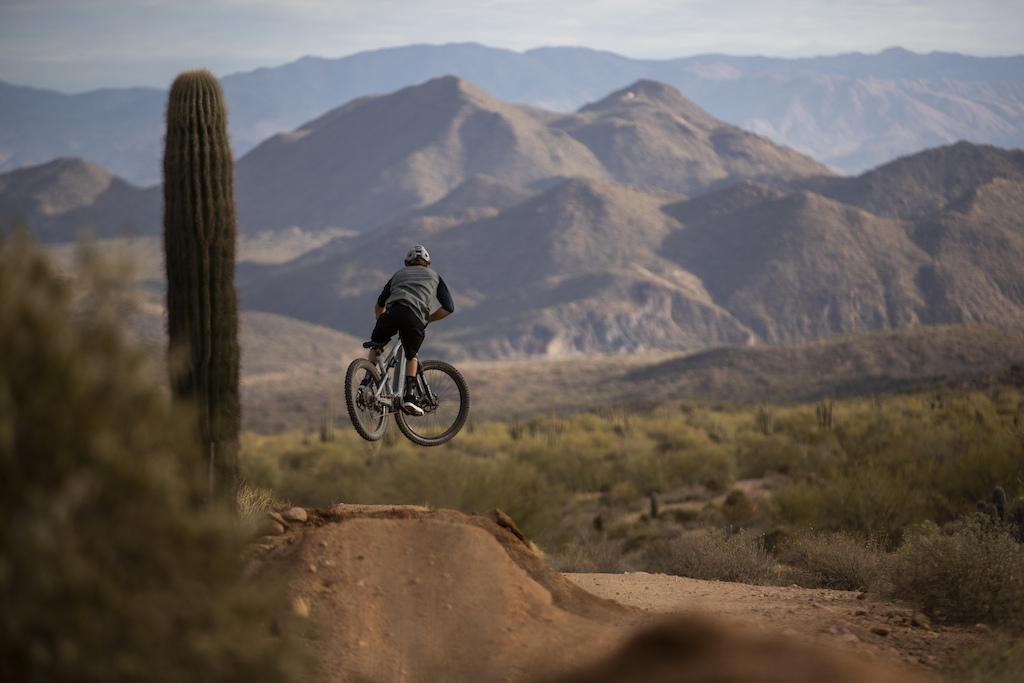 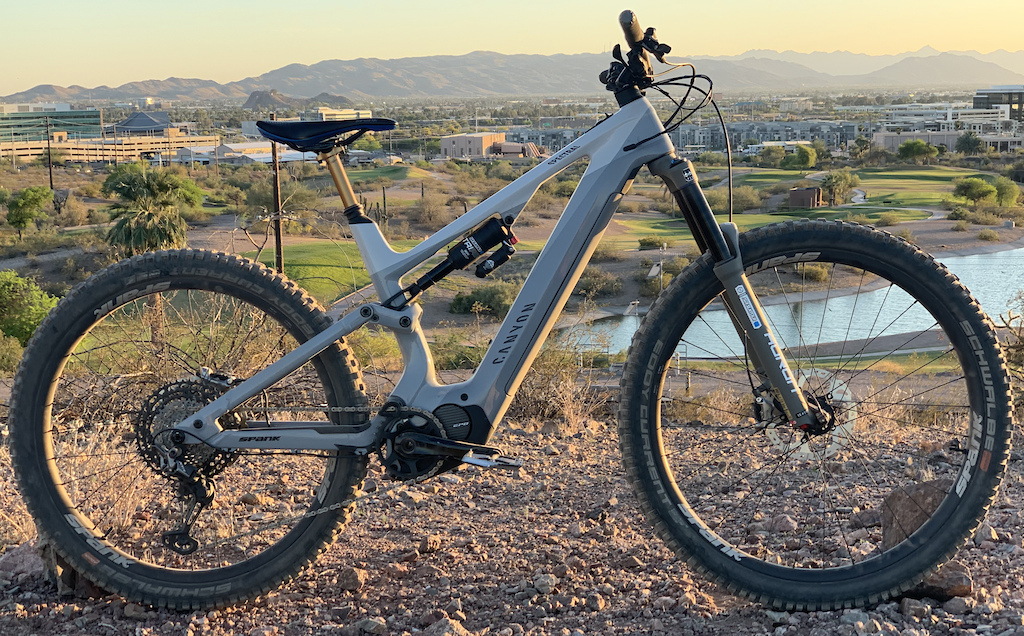 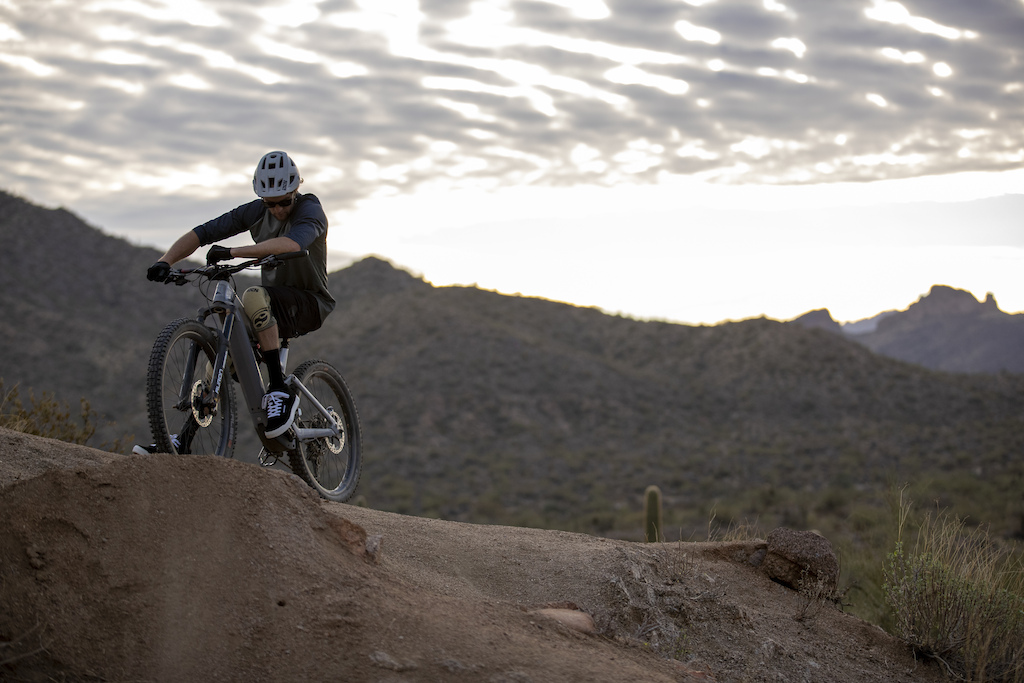 mikeinhoodriver (Apr 8, 2021 at 10:08)
So rad @paulbasmtb, great to see you killing it again. Perfect ambassador for ebikes! Awesome Accomplice shoot.

inked-up-metalhead (Apr 8, 2021 at 10:05)
Fuck yes Paul, fuck yes. Great to see you back on a bike, still remember the feeling of my stomach dropping out when you went down at rampage, you were a hero to me growing up, watching crankworx.

armeniandave (Apr 8, 2021 at 11:33)
This is what I've been saying since I got my Decoy. ebikes are whatever you want them to be and can be a great time by any skill level. I have a DJ bike, Freeride bike, and an ebike and all are super fun in there own way. It fantastic that they can be used in this way and allow someone who may not be able to ride a regular bike to get back out there and shred it up! Super stoked to see this kind of usage and can't wait to hit some of those trails!!

eugen-fried (Apr 8, 2021 at 23:52)
I remember interview with Paul back in 2005 I think, he said "in a decade no one is going to remember us". Surprise, most pioneers of the sport are still remembered and respected, many of them took their careers seriously and still killing it on the bikes. Cam Zinc, Kyle Strait are not the last guys in Rampage. I'm very happy to know Paul was wrong.
BTW, Kona with the flower logo was cooler, just saying.

kwcpinkbike (Apr 9, 2021 at 0:23)
Very inspiring. What's very unfortunate is that Scottsdale's McDowell Sonoran Preserve does not allow ebikes within it's rather extensive trail system. On on hand, that is somewhat understandable on the multiuse trail system. On the other hand, I've always felt that ebikes should be allowed for those who have a valid medical disability on trails that would otherwise be off limits for a rider with a disability. A front and/or back attached plastic plate with something like an auto registration annual sticker would allow other riders to recognize and accept that the person riding the ebike is doing so due to a valid physical limitation.

Pinkbike should help get involved in something like this IMO.

Explodo (Apr 8, 2021 at 13:10)
That's absolutely great! I'm so happy for that dude to be able to get out and ride again. I know it would cut a big piece of me away to not be able to ride and for him to be able to do so again is just fantastic.

Hektor1 (Apr 8, 2021 at 17:05)
I cannot believe how much he has improved. I saw him on a regular bike a few years ago and I thought that was amazing but seeing him hitting drops and gaps again is simply awe inspiring.

discombob (Apr 8, 2021 at 17:37)
Way to go, Paul!! I've seen how hard you've had to fight to make it back this far after that amazing final Rampage run you did and am very proud of you in setting this example for others of never giving up.

cougar797 (Apr 9, 2021 at 9:01)
Regardless of what bike type he's on seeing this dude ride a bike like that after all he's fought threw is just awesome! Bringing Paul Bas back to riding is probably the greatest thing ebikes have accomplished thus far. I hope he keeps getting stronger and stronger.

bombdabass (Apr 9, 2021 at 4:36)
I really needed this video today having sifted through a tonne of crap at work that made me grumpy. Reminded me to be grateful for all the things I have. Paul is the biggest inspiration in the sport right now.