Video: Phil Atwill and Tommy C Get Weird in Greece

For Episode 2 of Juice Lubes Home to Roost we're in Greece with the Master of Disaster himself, Phil Atwill and the man behind the Banger Machine, Tommy C. 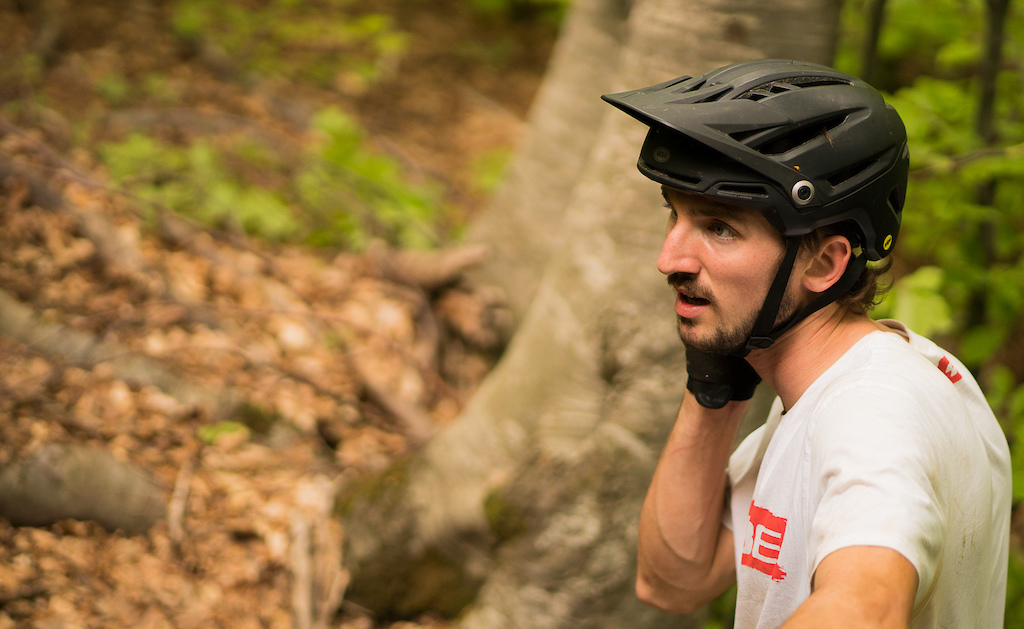 Here's the story behind the video from Tommy:

After arriving into Athens and negotiating a wildly confusing airport, I was greeted by Phil, his girlfriend (and our photographer) Kat and their BMW. Phil and I hadn't filmed together in some time so the vibe was good and we were keen to get cracking.

We drove north for about four hours to a small village in the mountains called Zagora. It's the type of place where everyone knows everyone. Everything is old and a little run-down but very beautiful. I got the impression that it's a very simple, relaxed pace of life for the people who live there. That's maybe why the folk who live there are so friendly. 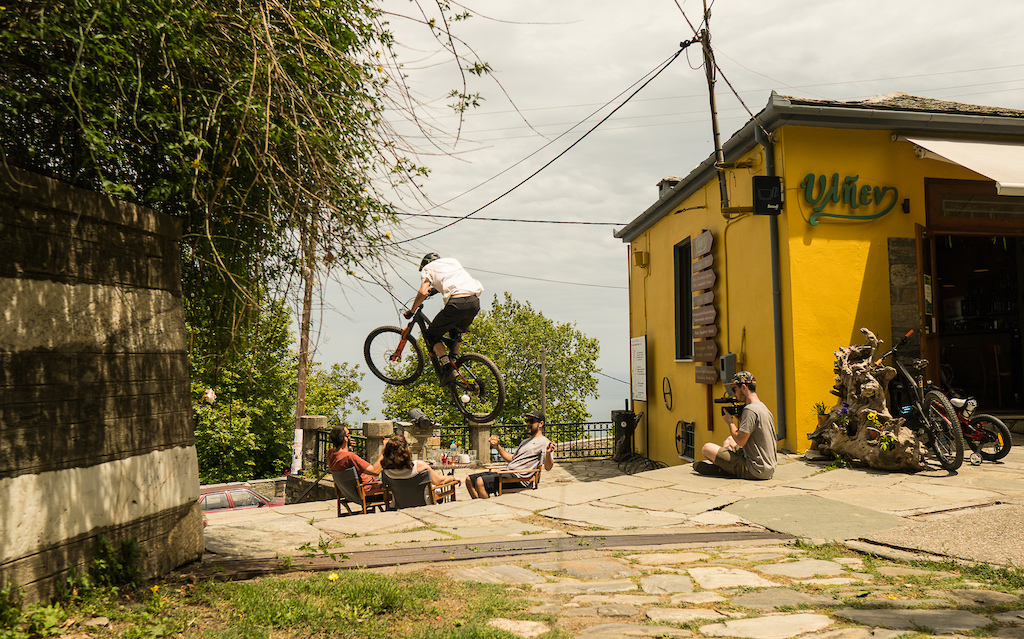 You've probably seen Phil ride Zagora's trails in Gamble. It's here that he had an infamously gnarly crash that put him off the bike for weeks. Since the film, more and more trails have appeared and a small scene has started to emerge, pushed on by Phil's buddies Nikos Mixos, Lasonas Laz and a small handful of riders. It's clear to see Gamble has had an affect on the local community.

Whilst there weren't loads of grown-up mountain bikers to be seen, there was a regular army of local kids playing on bikes and sending it off little wooden kickers in the town square. We spent our evenings in the square eating the freshest food I've ever tasted, grown in the local hills with names full of X's and Z's that I can't remember. 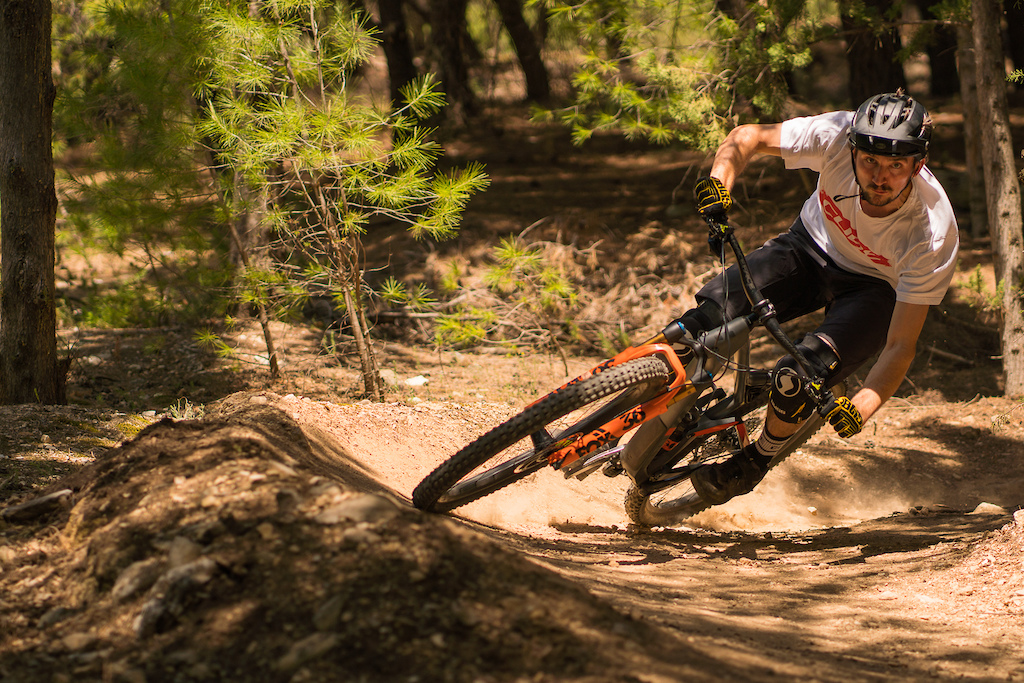 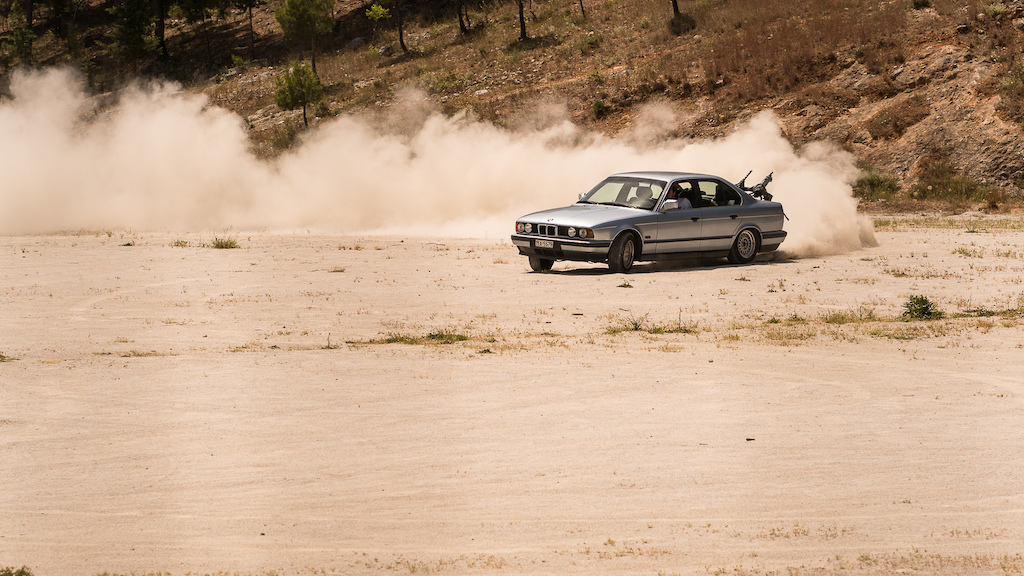 Whilst Gamble showed Zagora in glowing, golden orange the seasons had changed for us and the forest was glowing bright green and was full of life. We spent the best part of four days digging and filming on the hill.

We'd start the day at a new spot, dig a crazy line that Phil's imagination had dreamt up. With a fresh line carved out, we'd get to work on sessioning and capturing the action. Nikos, Lasanos and another rider - John Yohanou - spent the week with us, grafting away on the shovels and riding their own bikes alongside.

On one day, Phil persuaded John to bring his XC hardtail rather than his DH bike... not the perfect tool for dry, rocky and rough trails. Regardless, John absolutely ripped and we filmed a mini-video of him to put out later on! 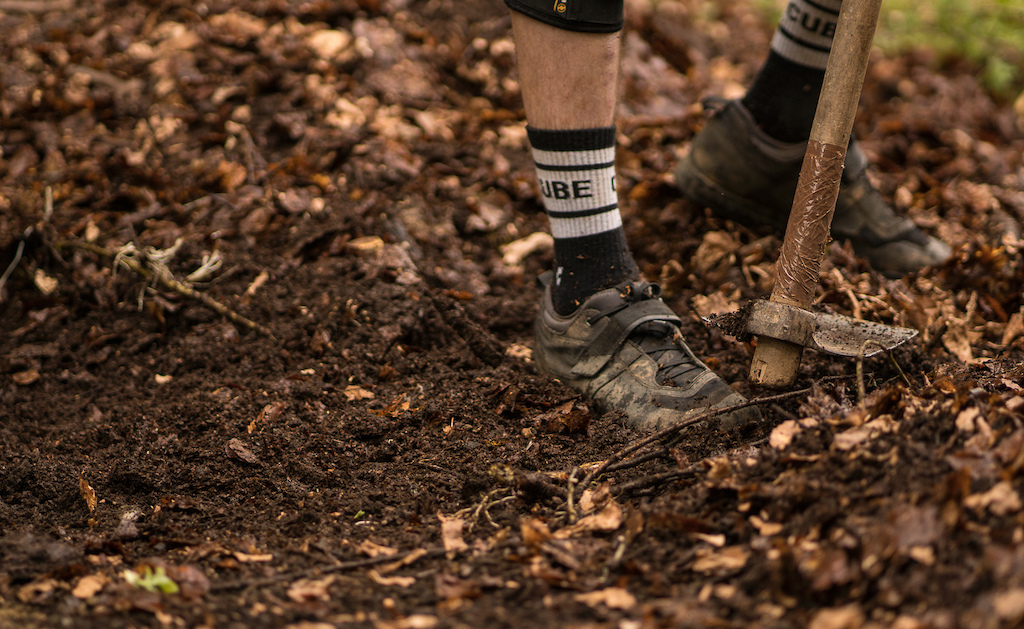 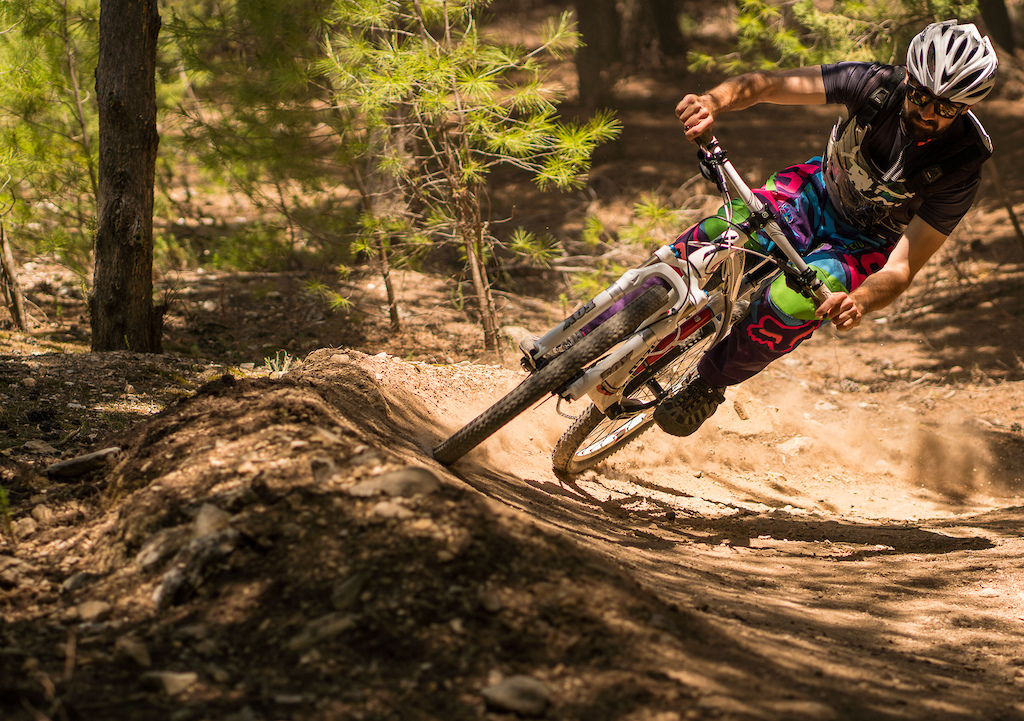 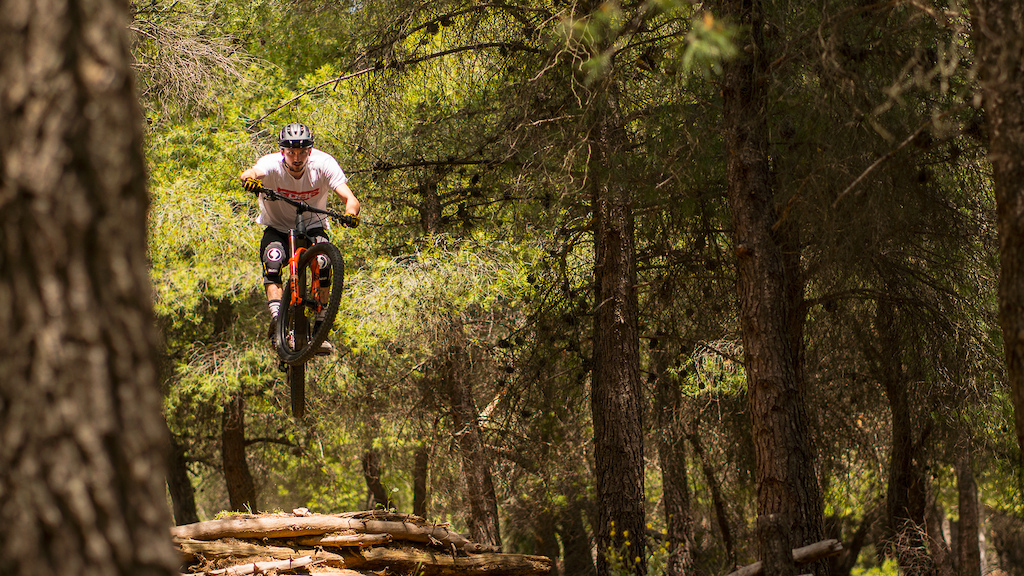 Some of the trails on the mountain are ridiculous. There are perfect loamy gullies everywhere and undulations caused by melting snow form perfect transitions and landings. As you'd expect for one of Phil's favourite spots, you can hit everything at Mach 10.

With the shooting done, we hit the long road back to Athens. I flew back to the rainy UK and Phil jumped straight on a flight to Fort William World Cup. 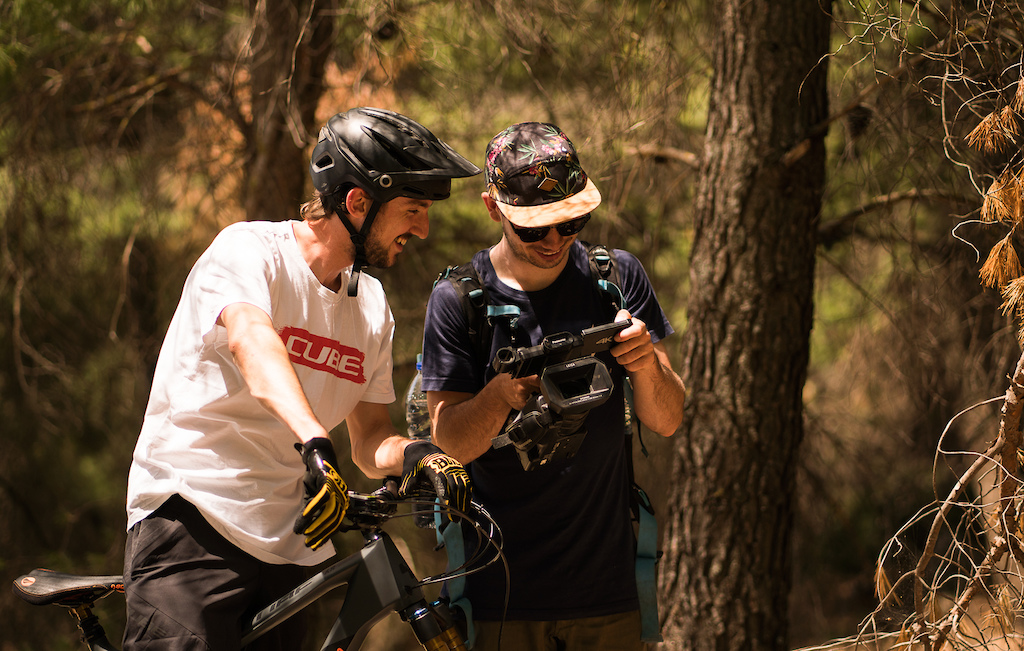 Home to Roost is presented by Juice Lubes, the no-nonsense British bike wash and maintenance brand. You can learn more about Juice Lubes at http://juicelubes.co.uk.

Stay tuned for more from Juice Lubes Home to Roost as we head to South Wales for Episode 3. 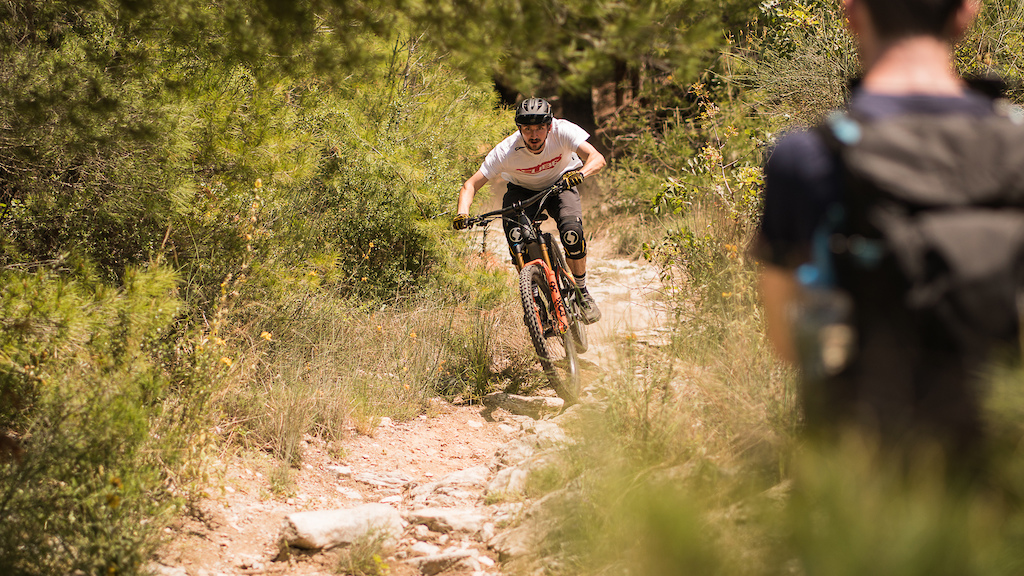 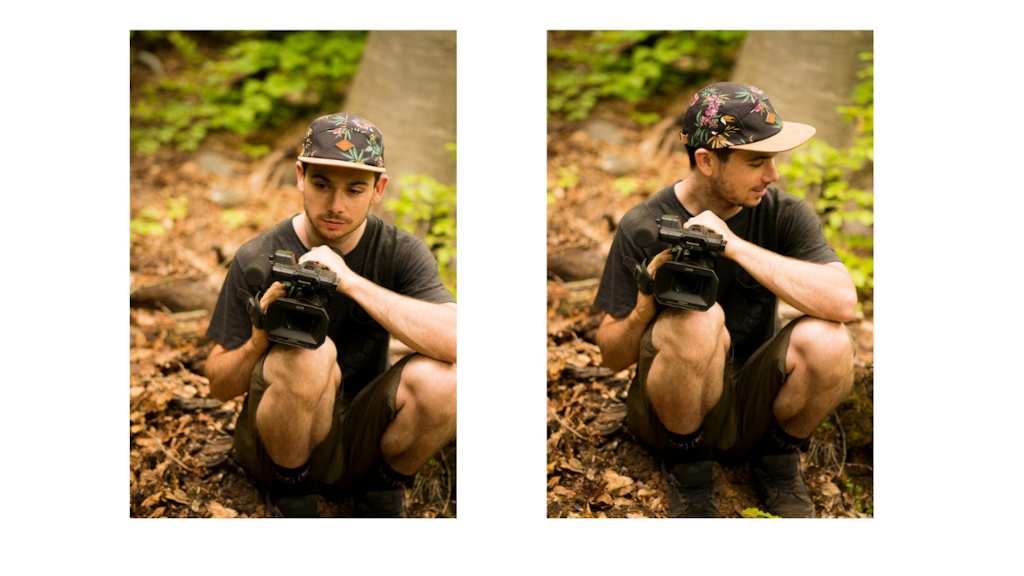 scar4me (Jul 24, 2019 at 3:00)
Best thing CUBE did signing such an inspiring rider! Always looks like he's having fun, riding like a crazed mad man, and just makes me want to get out of my office chair and push my own limits a bit more!

carbonbootprint (Jul 26, 2019 at 8:06)
One of the most stylish to ever do the thing. Dude's proven he can compete at the highest levels too and I can't wait to see what the rest of the season holds. True ripper.

FiLaReToS (Jul 24, 2019 at 4:40)
Its a pleasure that Phil lives in Greece. Great guy , always smiling. Great opportunity for the whole mtb community that we have him here.

optimumnotmaximum (Jul 24, 2019 at 3:12)
one of my favourite riders to watch -sad he left propain, those vids were also dope

esander (Jul 24, 2019 at 12:31)
Little did you know, thats not a song playing, but rather the sound Phils bike makes when he's riding like that. Some try to brap, Phils bike emits punk rock energy.

IntoTheEverflow (Jul 24, 2019 at 3:51)
Who invented it then?
Armenians?
Turks?
Arameans?
Anyways, it has been part of Greek culture for a very long time.

vp27 (Jul 24, 2019 at 5:41)
@IntoTheEverflow: Coming from Bulgaria, I would say it's considered much more of a Turkish desert than anything else. There is a multitude of dishes that change name and composition in the region such as stuffed vine leaves, white cheese (Feta in Greece), gyros vs pita etc. One can discuss these nuances for hours. Wait...why am I writing this on Pinkbike?

malv173 (Jul 24, 2019 at 13:48)
I hope he changed his pads and rotors, or at least cleaned them after that way too casual application of fork juice! I was under the impression that certain death follows if the braking surfaces aren't covered. Top notch shredding though!

Franzzz (Jul 25, 2019 at 4:14)
Yeah!!! always such a pleasure to watch Phil Atwill ripping the dirt so brutally.
He would just deserve a more sexy bike; those Cube are so... unsexy.
The kind of rider I could imagine on a Banshee for instance, or even better: on a 100% british full suspended Stanton Switch9er.

skycries57 (Dec 27, 2019 at 22:01)
Phil is freakin fast! Hard to believe there are riders 10x better,faster more inhuman than him! Look at his rootsandrain.com race record, no podium for more than 2 years!?? Whats up w that?

spoochypants (Jul 24, 2019 at 12:48)
Would love to see him put up some great racing results, for sure. But, I also think the kind of riding he puts on display in his video segments is very special, rare, and entertaining and I'd be just as stoked to see him in more films.

aljoburr (Jul 25, 2019 at 4:00)
Makes you wonder that so much speed & style you would think Phil would get better World cup results?
Would also like too ride those trails if they were nearer, But also know would not be able too rip them like this!