South Wales is packed full of trails, many of which have been featured in various edits & films but, for this video, Good friend and old competitor Leigh Johnson and I planned to capture some fresh tracks. The plan was to head out as Local as possible to Leigh's home in Neath, Port Talbot, South Wales and in one day's shooting, capture what it's like to head out from the house with Leigh Johnson. 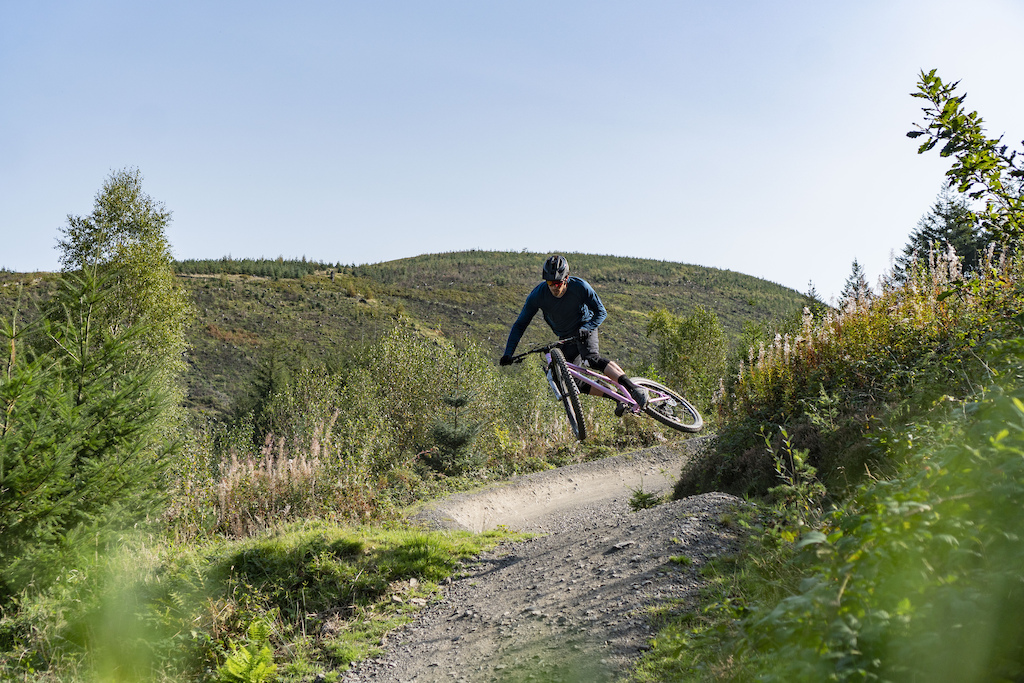 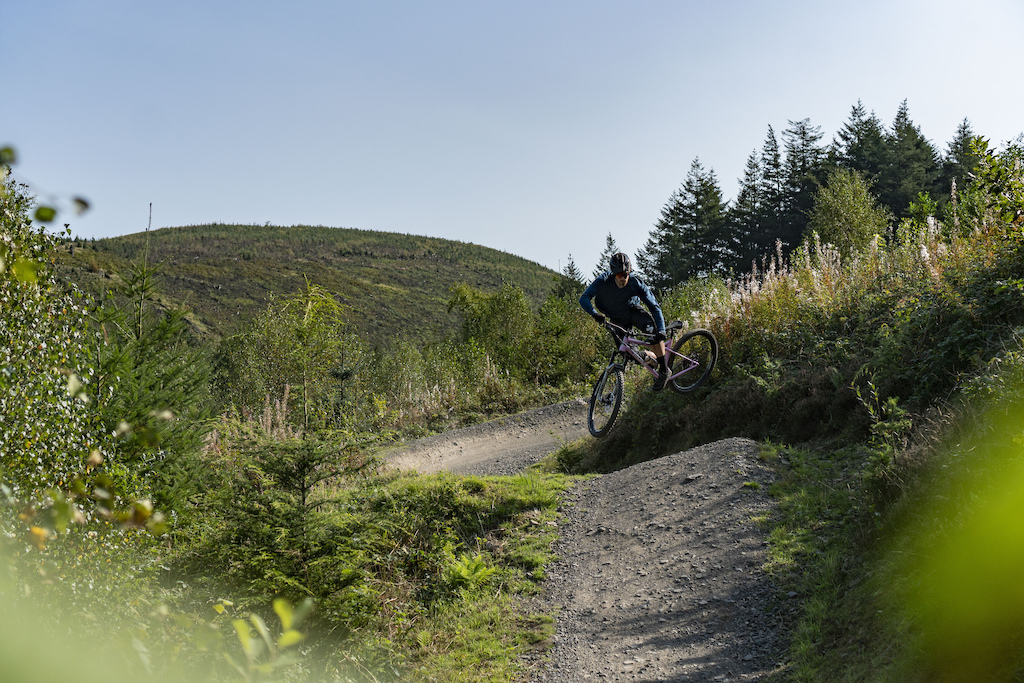 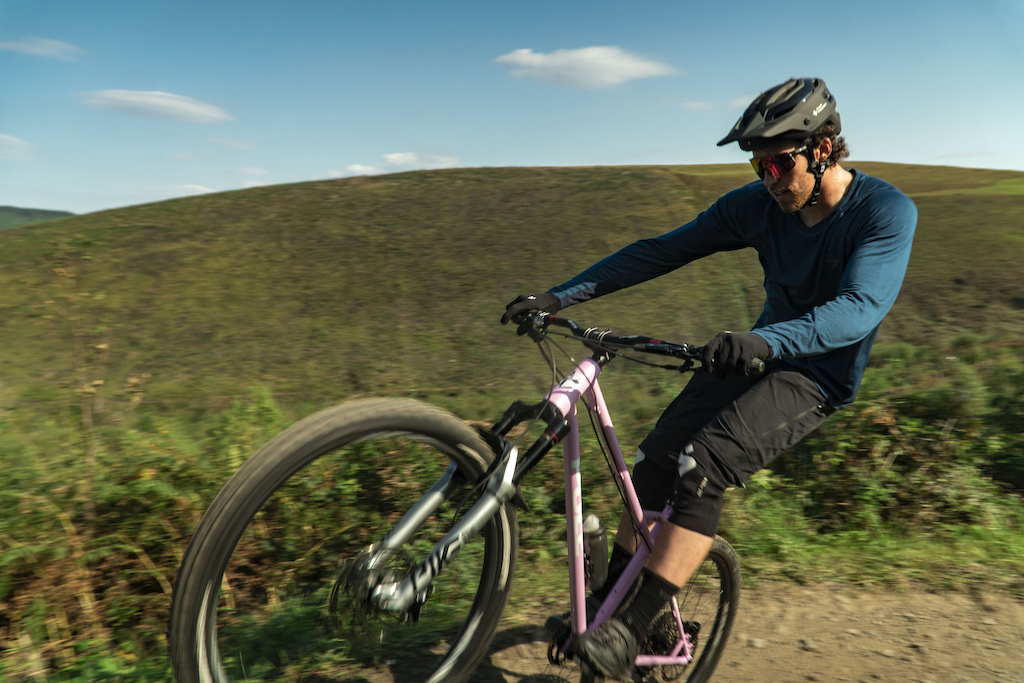 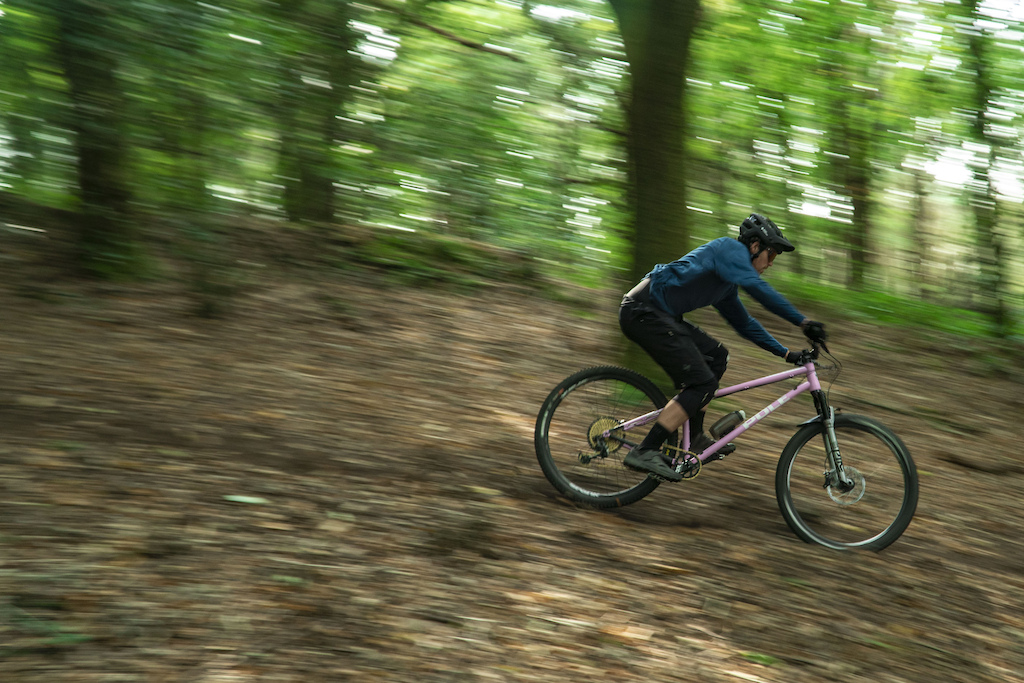 A usual day riding for Leigh consists of a big mix of natural trails, fast flowing blue trails. Luckily he has all of this on his doorstep and it speaks for itself in his results in EWS races being consistent across many terrains. 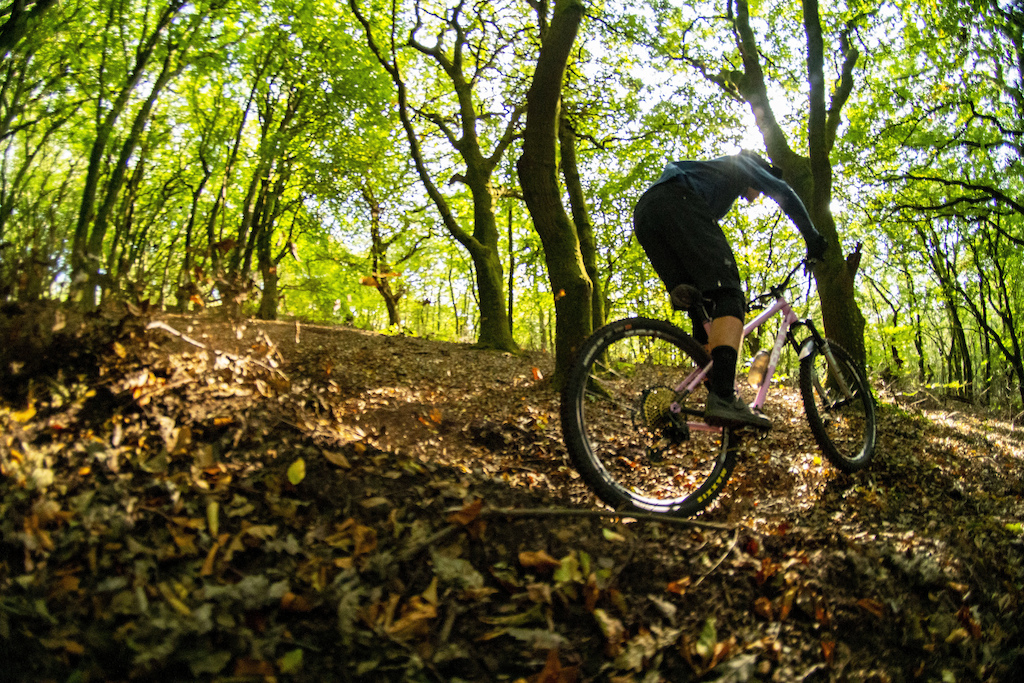 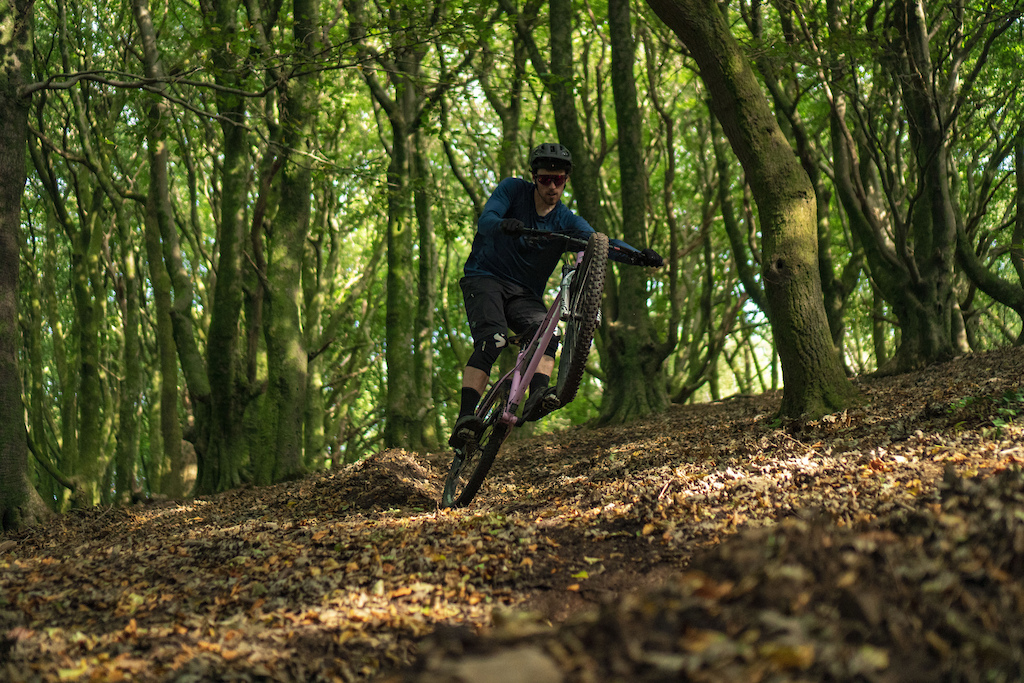 DidNotSendIt (Oct 26, 2020 at 6:55)
Blue Scar is such a fun trail. But also a very important trail. Easy enough for complete beginners but legit enough to give them a taste of 'proper' MTB riding. Also great fun for experienced riders - no technical features but, if you want a challenge, just try and go as fast as this young man down it. Every trail centre should have a similar type of trail. See a lot of places that have green 'family' trails then ramp up to reds.

rob-chambo (Oct 26, 2020 at 12:56)
Completely agree. I've never found anywhere like bike park Wales blues that you can confidently take complete beginners on and experienced riders can also have a great day. I think trail builders (being good riders) often forget and everything being targeted at the core market.

Most places have super easy, flat trails and then harder ones with features. Often an issue for me trying to get friends and family to ride.

But i agree with your point about the accessability of BPW. I have very limited abilty for MTB but i have an absolute blast at BPW spending all day on the blues and some reds. As important as it is to have 'hardcore' trails/venues to keep people interested, there's also a place for those who just want fun (which, for me at least, BPW delivers in spades).

The trail in the video is probably a bit mellower than the blues at BPW as you don't naturally pick up as much speed (although the speed is there if you want to push for it, as Mr Johnson admirably displays in the video). But it's still packed with fun berms etc to cut your teeth on, it's only 7km total distance and the climbing is almost all done in one go - not too daunting for newbies. I've taken a few friends on that trail to give them a taste of MTB (it was the the trail that got me hooked). Last friend i took up there had so much fun he insisted we do it 3 times in a row.

Tandaman (Oct 26, 2020 at 4:13)
Currently riding a chromag stylus and canyon spectral. For my local trails the chromag hits the notes perfect ????. I'm curious to take the hardtail to some serious chunky/techy DH to see how it performs. On smooth jumpy/bermy flow trail it rails. I ride the spectral on more gnarly rooted natural trails.

rickybobby18 (Oct 26, 2020 at 7:07)
Hardtail is rad until it gets chunky. Then your squishy bike is better. But on smoother stuff the hardtail is so fun.

Serious question from another stylus owner, htf do you keep from getting beat up on it? The stylus is so cool but is the harshest riding of all my hardtails and I consider selling it every single time I ride it. Its a downward spiral: front center to rear center ratio too high = less suspension felt through the bb and too much weight on the rear wheel = running a stiffer rear wheel to keep it alive and crazy high tire pressure = concrete. On fast flow trails it rips. On chunky downhills I am faster and significantly more comfortable on an xc hardtail with a 71 degree head angle. It breaks my heart

rickybobby18 (Oct 26, 2020 at 8:42)
@AccidentalDishing: For me, it's REALLY bad if I drop my heels and ride it like my full suspension bike. Absolute body destruction and rear wheel thrashing on really rocky trails. I'm far more successful and have far more fun if I keep my weight over my front wheel more and rely on my fork more than normal. If I do that, and focus on unweighting/pumping over rocks instead of smashing, it makes a big difference. But you ultimately can't fully make up for the fact that there is 0mm of travel in the back.

thenotoriousmic (Oct 26, 2020 at 13:22)
@rickybobby18: you want a smaller reach with a hardtail and ideally a dh tyre on the rear so you don’t have to run it so hard. I’m 6,3 and my reach is 550 on my hardtail compared to 590 on my full suspension. You need room to move around on the bike and it needs to be short enough to get your weight over the front with a tough rear tyre that can follow the front with its suspension.

LeoTProductions (Oct 26, 2020 at 13:46)
@AccidentalDishing: In my opinion it takes a totally different riding style especially if you're used to old school geo. When I ride a longer hardtail I am way over the front of the bike and absolutely smashing the front wheel into the ground through every turn. That might be a bit of an exaggeration but it is certainly what it feels like the first time you give it a go. I'm taking active pressure on the bars at all times. This requires more upper body strength than a standard riding position and feels odd at first for sure.

Gmang (Oct 26, 2020 at 22:33)
@AccidentalDishing: these guys nailed it. My Rootdown just wants to rail but if I don't put more input into the fork I pay the price physically. I've taken it on greens to double blacks and the benefits of that riding style have come over to my full suspension in spades. The weight over the bar is key.

Tandaman (Oct 27, 2020 at 2:54)
@AccidentalDishing: I've had my issues as well with my chromag stylus. Gone through two sets of rear rims in 6 months of riding and i mostly take it on jump lines and flow trail. Best thing I've found is to keep active on the bike and keep reminding yourself to stay light on the rear by using body English to force front wheel into big jump hits or drops. like going nose heavy into most things. if riding through rocks pick the smoothest of lines or gap it but keep the pressure on the front. I also run cushcore rear which does give a little relief on any rear heavy hits or maybe a case or two lol

AccidentalDishing (Oct 27, 2020 at 5:09)
Thanks for the insights! Running cushcore xc and a spank spike 33 dh race wheel in the back. I try to keep the front loaded as much possible for sure. Its just so different that my other bikes it is hard to adjust

rickydicky (Oct 27, 2020 at 11:26)
@thenotoriousmic: You want a longer reach everytime for trails, enduro and DH. keep your short reach for dirt jumps ;-)

Bchambers09 (Oct 26, 2020 at 9:07)
I feel like you can't hoon a hardtail in dry conditions. Great video was just so strange to see a dry dusty hardtail edit.

blackveinmedia (Oct 26, 2020 at 13:26)
Luckily for you, Pinkbike have you covered - www.pinkbike.com/news/bike-check-leigh-johnsons-pole-taival-steel-hardtail.html