Reece Wallace flew his plane to come and ride Sun Peaks. He had never been despite living in Vancouver for so long. The trail were faster and steeper than what we ware used to in Whistler and that was cool to ride again some downhill track! On the first day we lapped non stop Steam Shovel, because that trail is a tone of fun, but the bike park has much more to offer. Some easier flow trails are some super fast tech race tracks.

Looking forward to come back to ride some more and maybe film a Shredit? 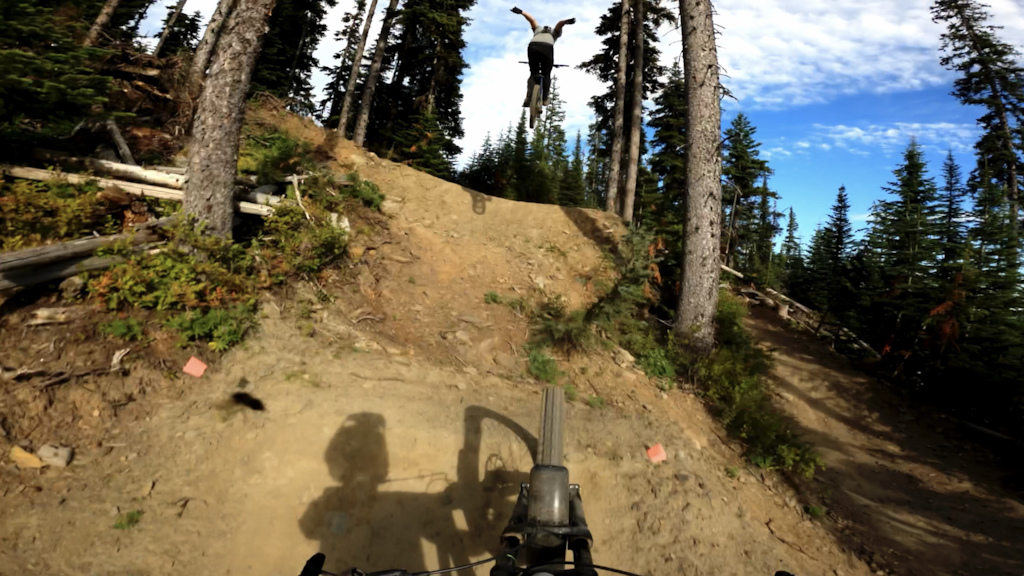 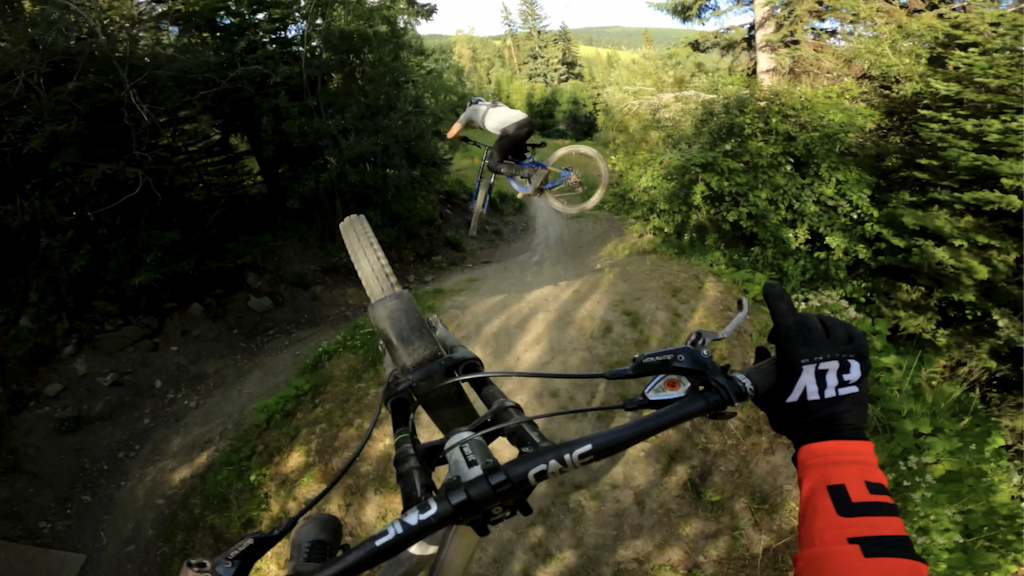 plyawn (Aug 30, 2020 at 9:29)
SunPeaks is a great mountain with perhaps the best combo of trails, lift infrastructure and lack of people in all of BC. One very minor complaint:they've got double-black tech that isn't that hard (especially for anyone riding on the coast regularly), then you jump on Steam Shovel, a single-black jump line with some very committed and frankly scary features. It's like A-line growing up into Dirt Merchant, with people riding it during the maturation. It would be awesome if they built something bigger than Canada Line, bumped up all of the Steam Shovel features and reclassified it as double-black. YMMV.

Albatrosse (Aug 30, 2020 at 10:42)
I loved a lot of sun peaks tech but not steam shovel. the jumps on steam shovel are smaller than dirt merchant (especially the pro line) but many of them are just kind of poorly built with really short steep takeoffs and the speed is very inconsistent. it would be a fun trail once you have the speed and lines figured out but its not like a whistler jump trail where you just ride the main line, stay off the brakes, and everything works perfectly. remy and reece made it look really fun and flowy though, so maybe months of lapping whistler jump trails has just made me soft

jbob27 (Aug 30, 2020 at 12:03)
@Albatrosse: so why’s you’re saying is you want an easier black jump line?
I’d take a varied, skill testing jump line any day over just straight line tables anyone with the guts but not skill can hit.

roguecheddar (Aug 30, 2020 at 12:46)
@Albatrosse: your last sentence is correct. I'd take SP trail set up over the motorways at Whistler. YMMV

buildstuf (Sep 1, 2020 at 20:09)
@Albatrosse: maybe it is rated too low. however, the style of jump building is native to Kamloops and once you learn to ride jumps like these, you will swear by it.

Albatrosse (Sep 2, 2020 at 21:10)
@buildstuf: i loved the bike ranch and the local trails have really well built big jumps as well, actually wound up lapping that instead of sun peaks and staying an extra 2 days. bike ranch is an example of well built steep booters that work really well - steam shovel has a few really nice jumps on it but a few sections could really use some love

thanks for the additional hype

rallyimprezive (Aug 31, 2020 at 8:49)
Id love to see Remy compete in a WC Downhill event. There are a couple of techy rock sections where we can really see just how fast he is capable of going...

adrennan (Aug 31, 2020 at 15:40)
@remymetailler looks like both of you are running onyx dual crowns. how do you like them? I have one on the way. anything I should be aware of setup wise?

CarbonShmarbon (Aug 31, 2020 at 19:12)
Remy I am most certainly not, but I have an Onyx which I have been very happy with.
One tip I'll offer is to wind the OTT all the way out (off) and set your sag. Then get your reb/comp where it feels right.
Lastly, wind in the OTT for that buttery small bump sensitivity goodness, and If you find it's riding too low, then bump up the psi a bit.
I found I was fighting to find a balance with mine at first, until I got more methodical with changing settings.