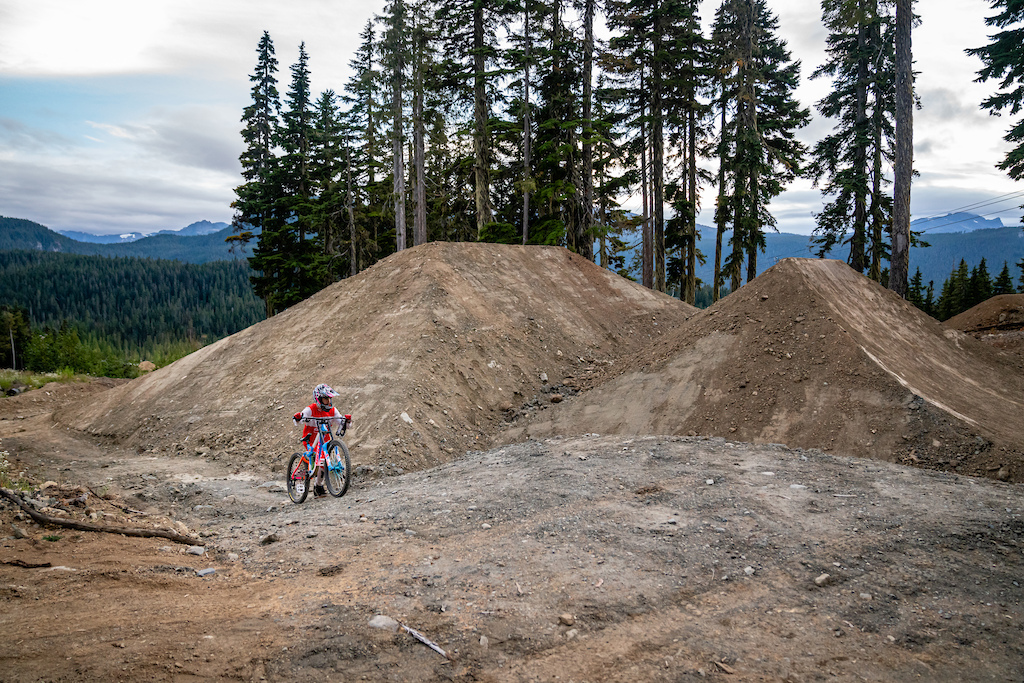 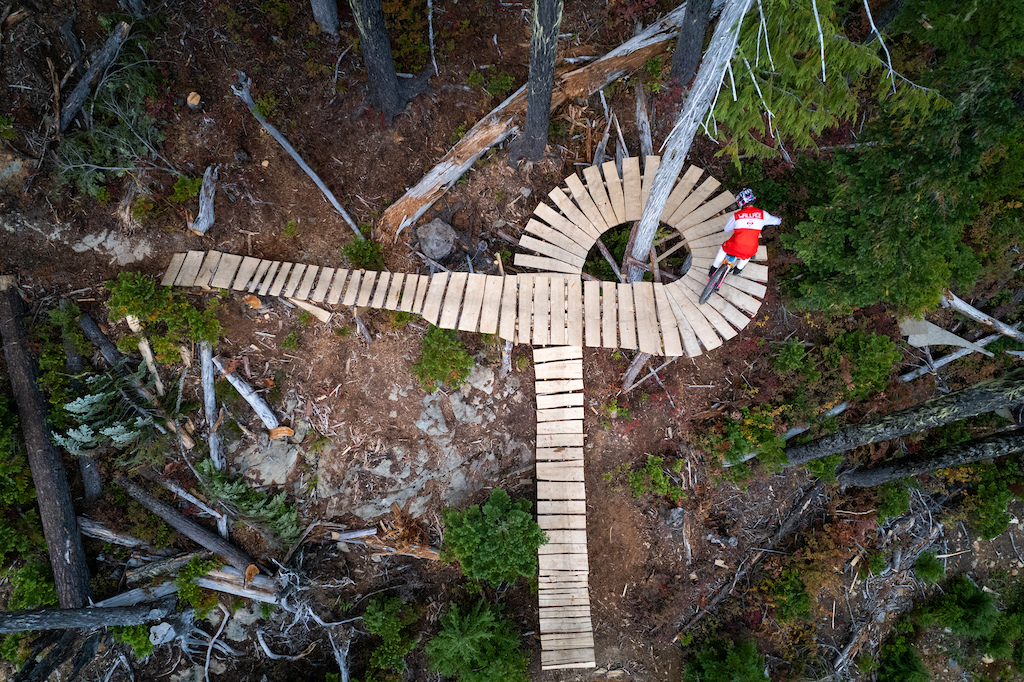 The 90s and early 2000s were the glory days of freeride. Skinnies, ladder bridges, and teeter totters paved the way for riders like Wallace to carve his own path. Extrapolating from old-school freeride, Wallace drew inspiration to build new features which paid homage to this past in 'Glory Daze' 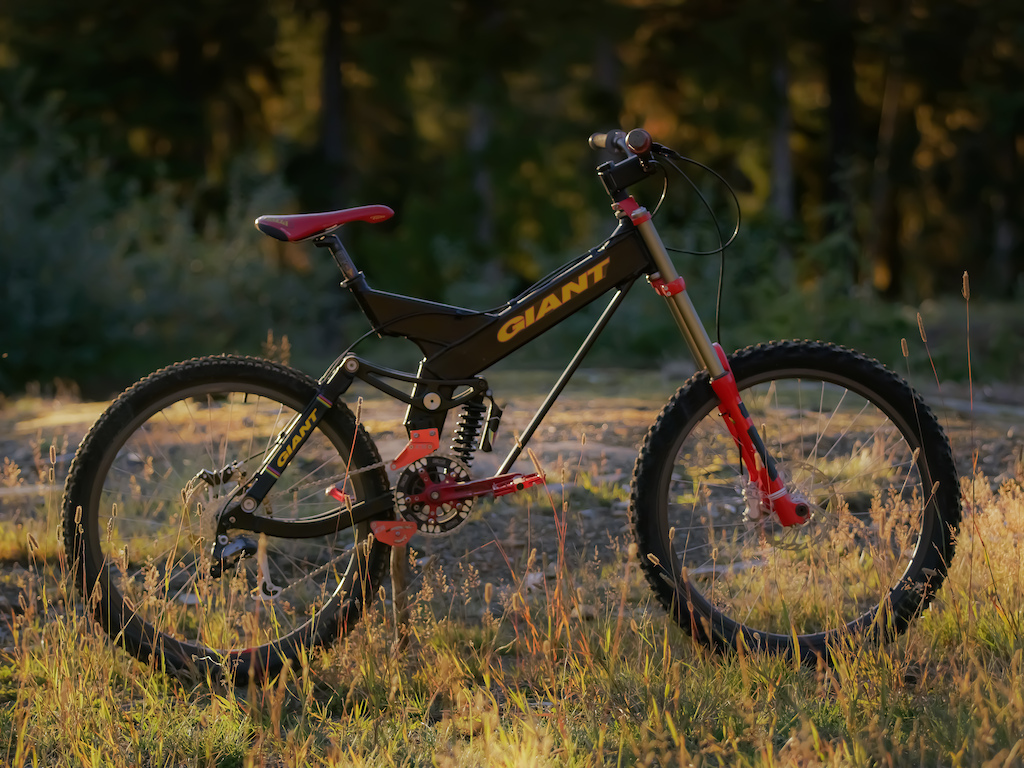 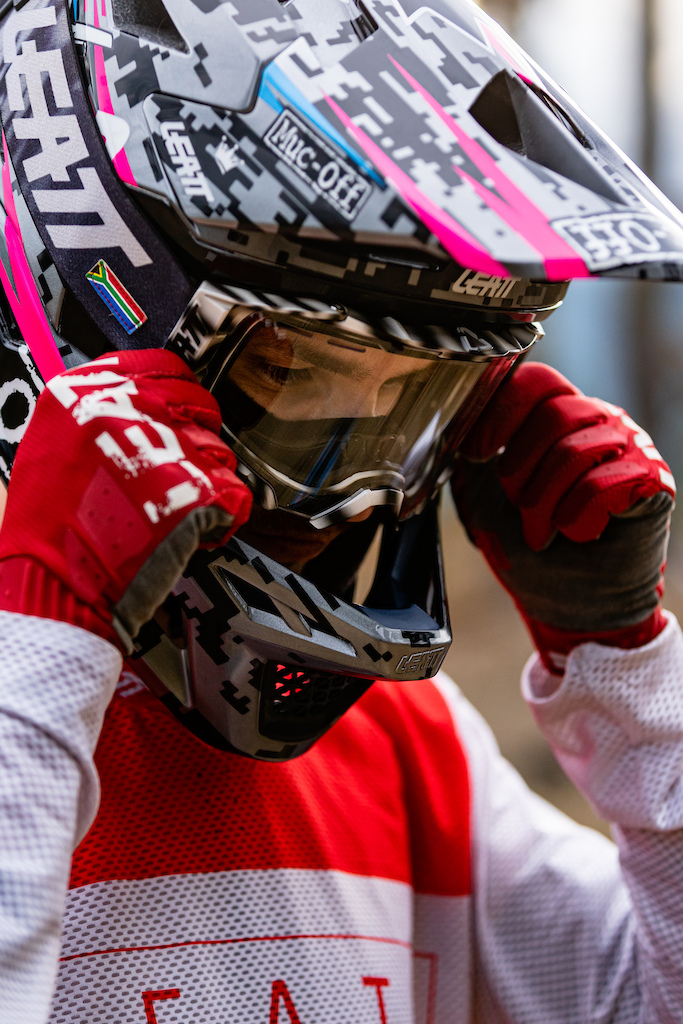 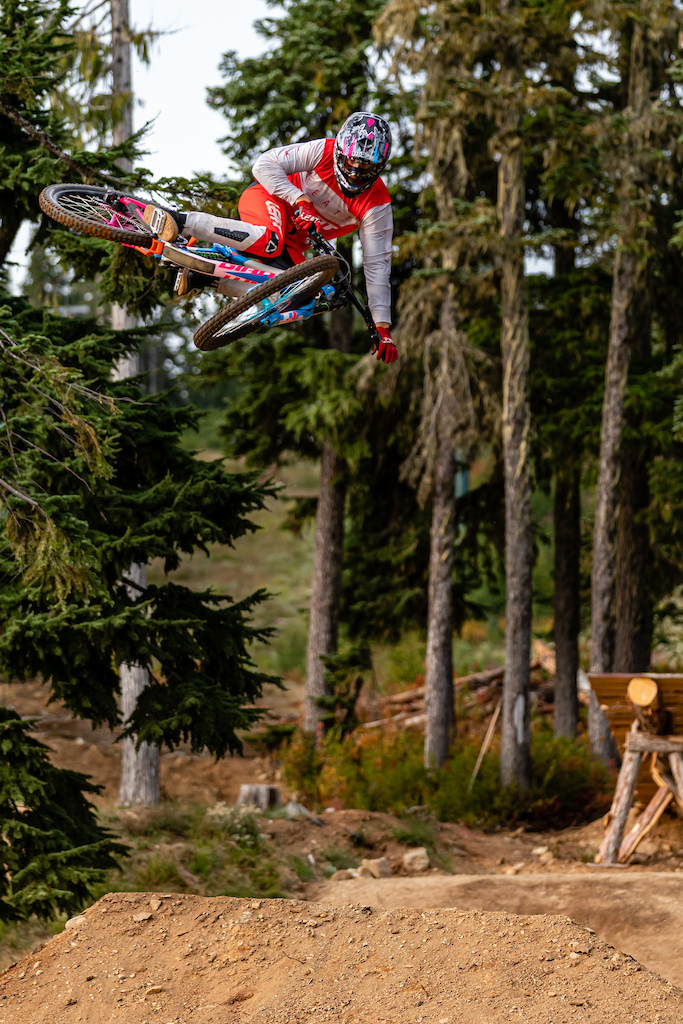 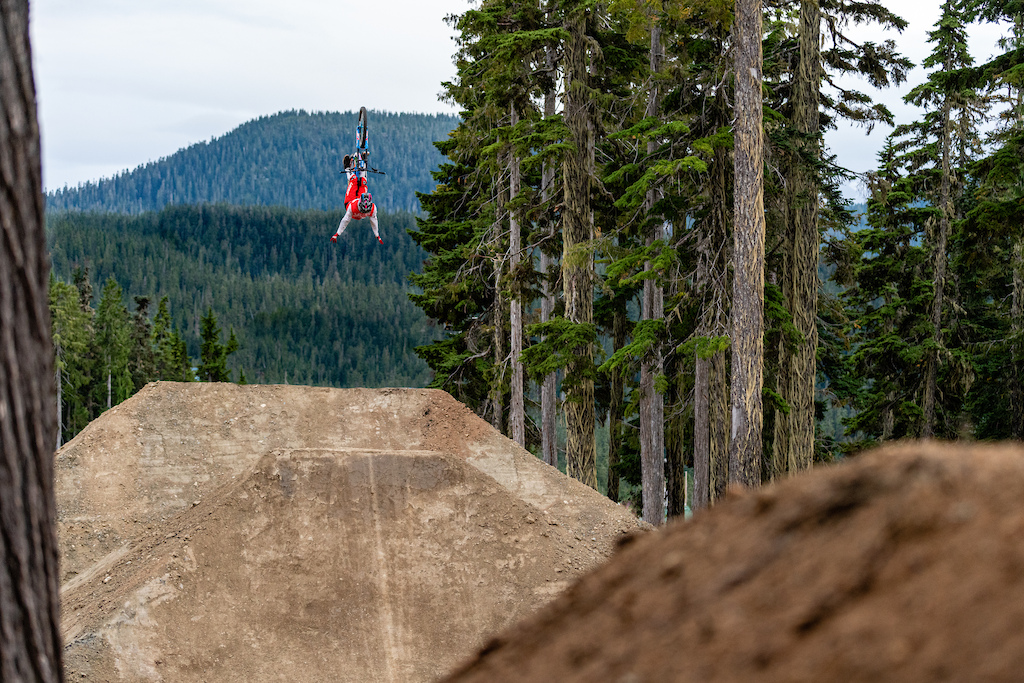 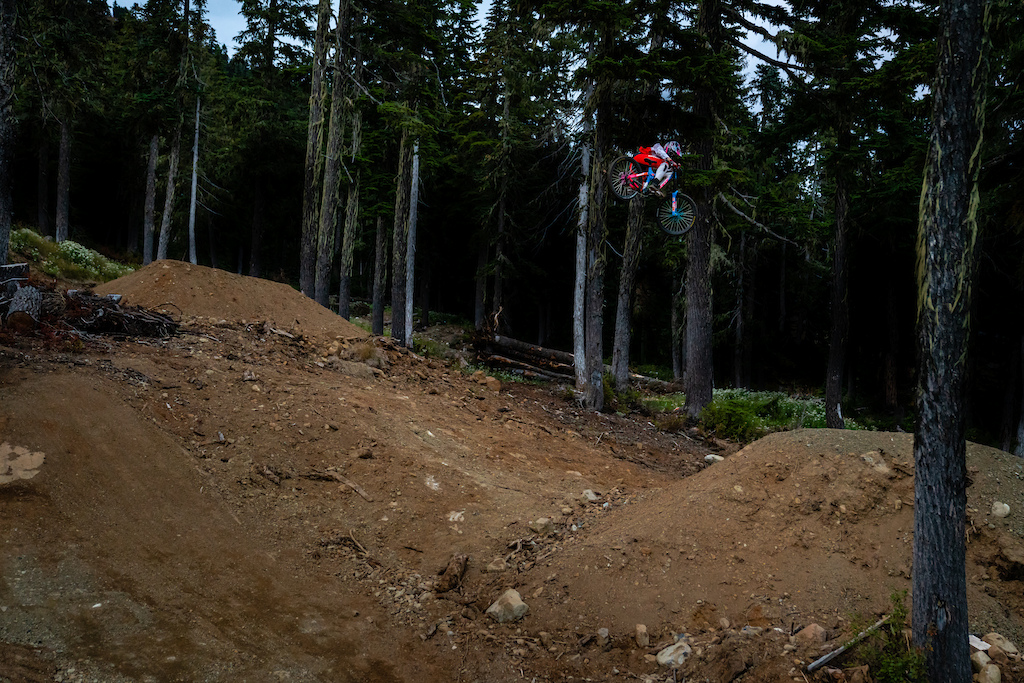 55 feet to the knuckle or 69 Pinkbike feet 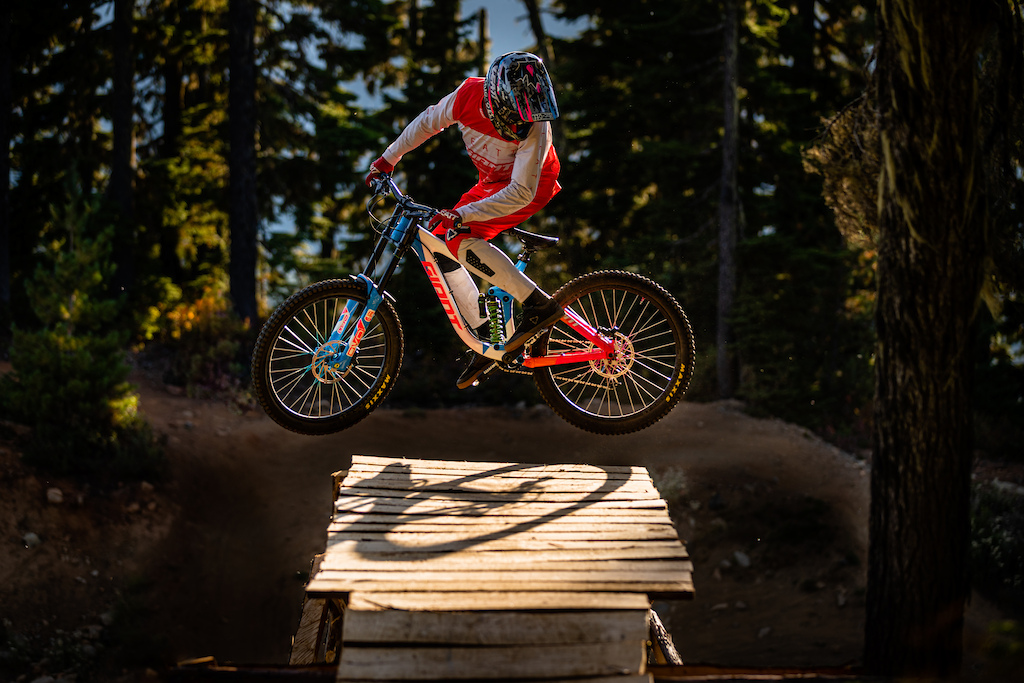 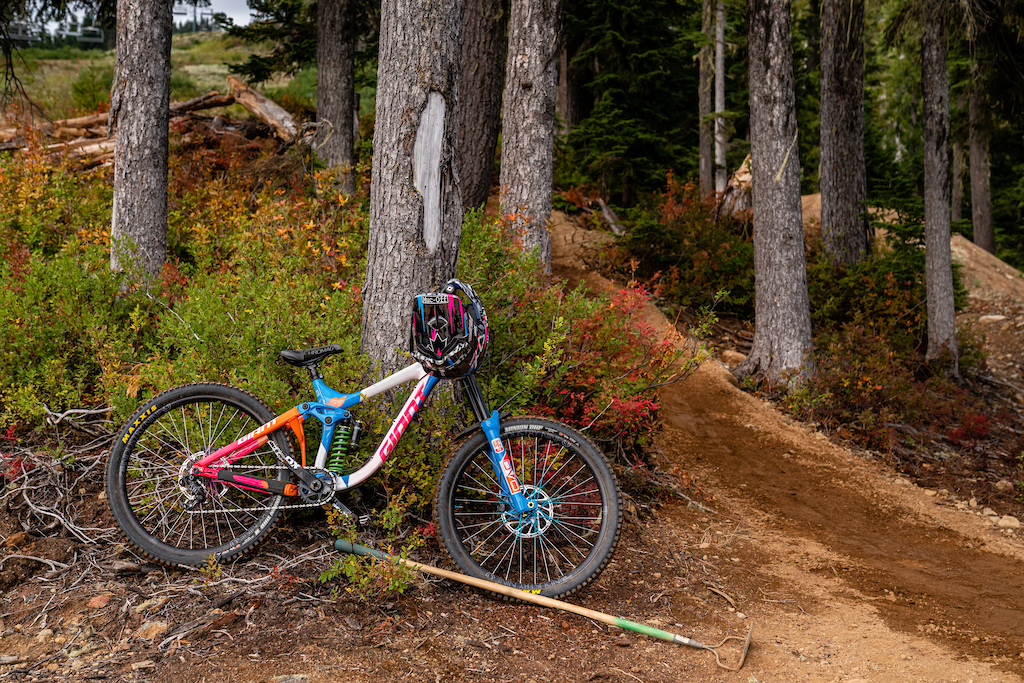 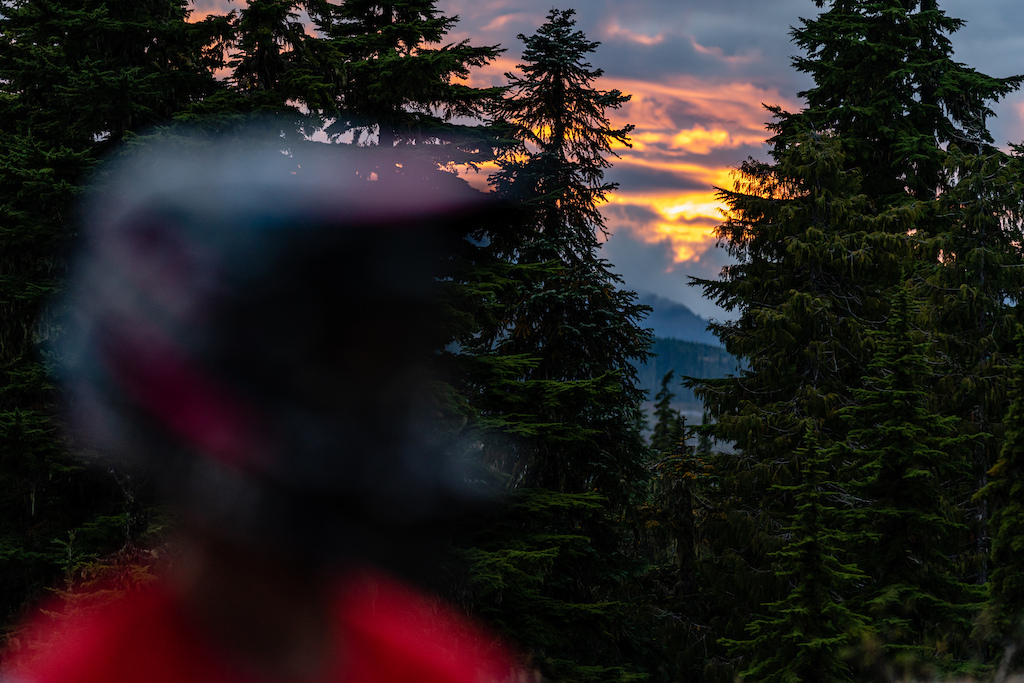 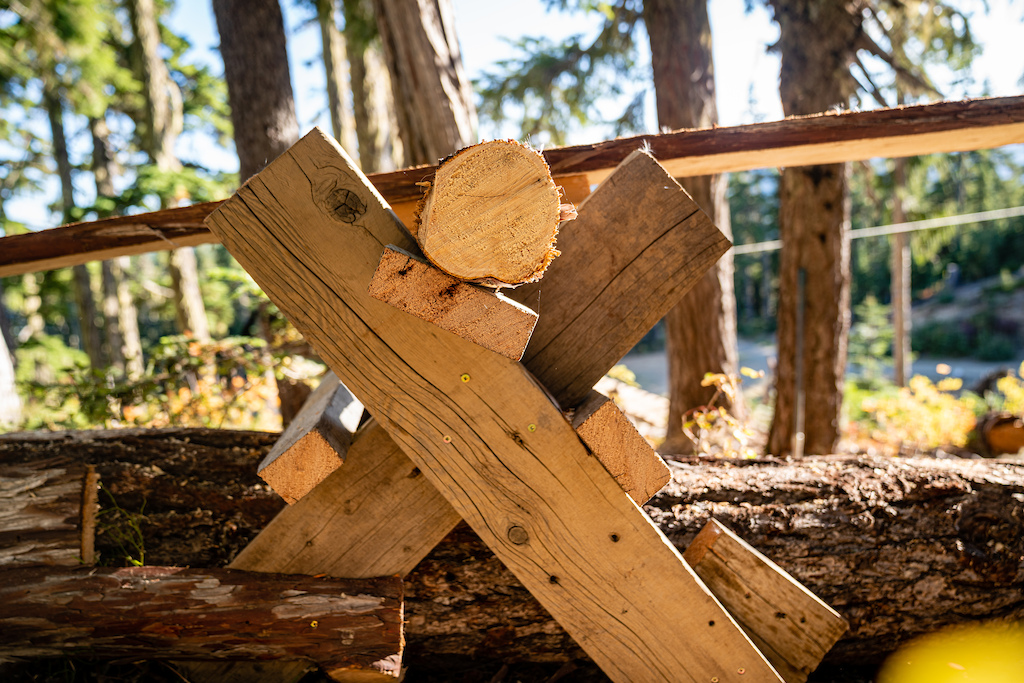 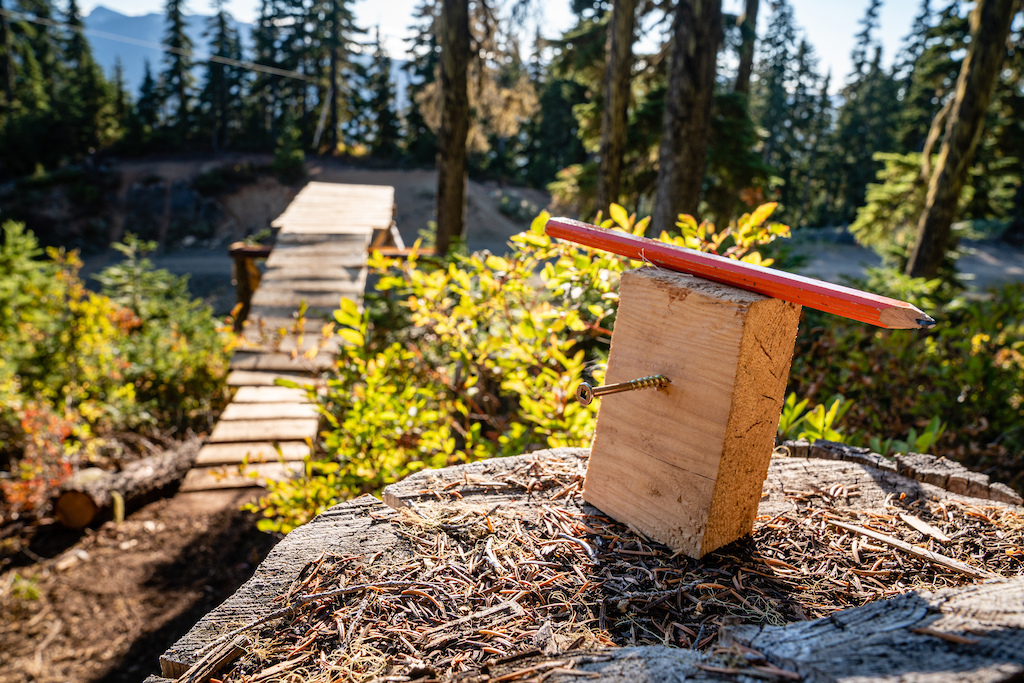 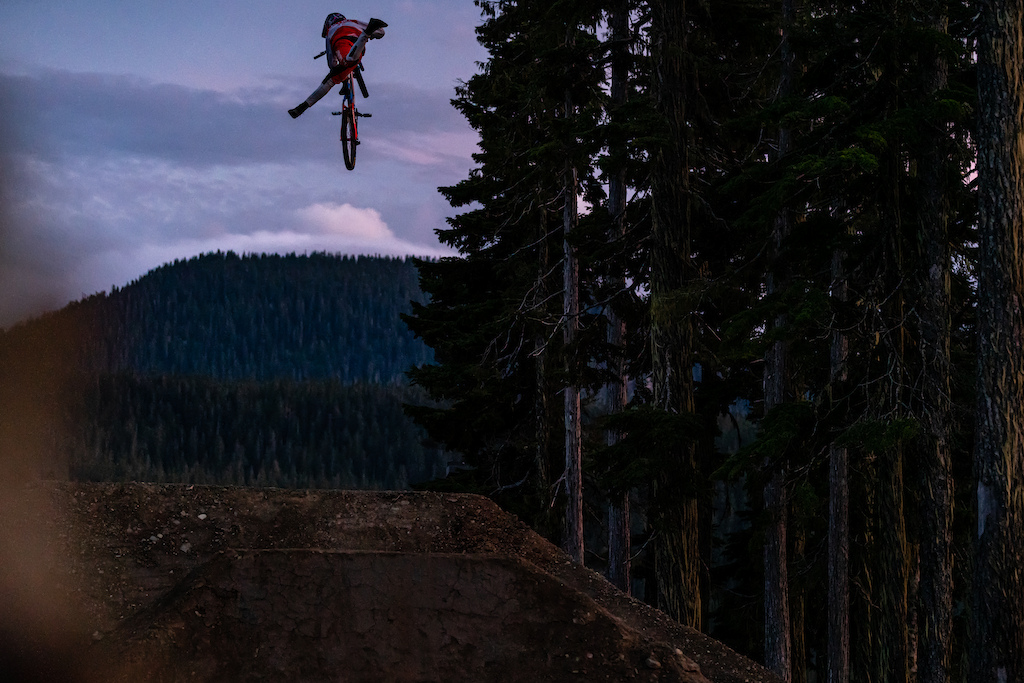 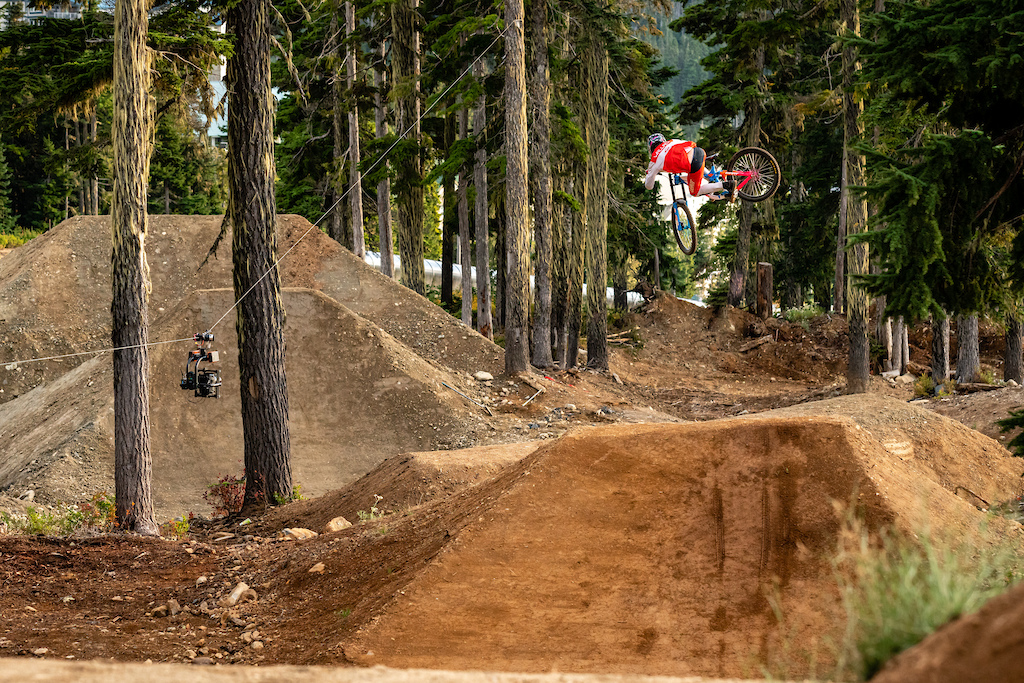 A cable cam is a very useful tool for following Wallace on such a long, high speed course. Shoutout to the Claw for unlocking this zone and allowing Reece to make it his own for this video 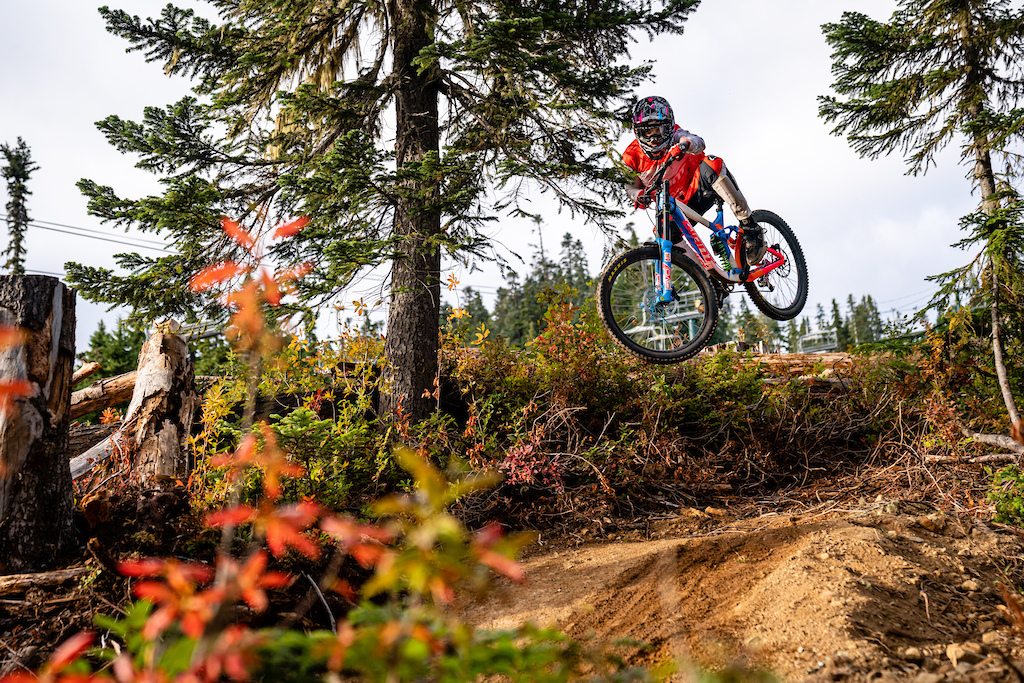 Between two ferns with Reece Wallace 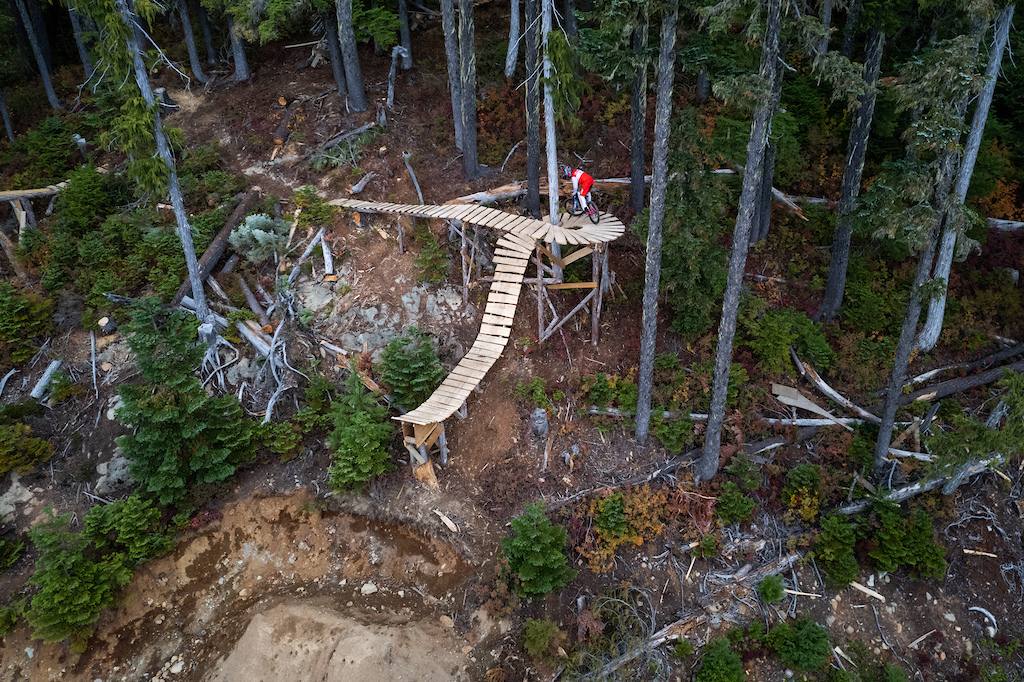 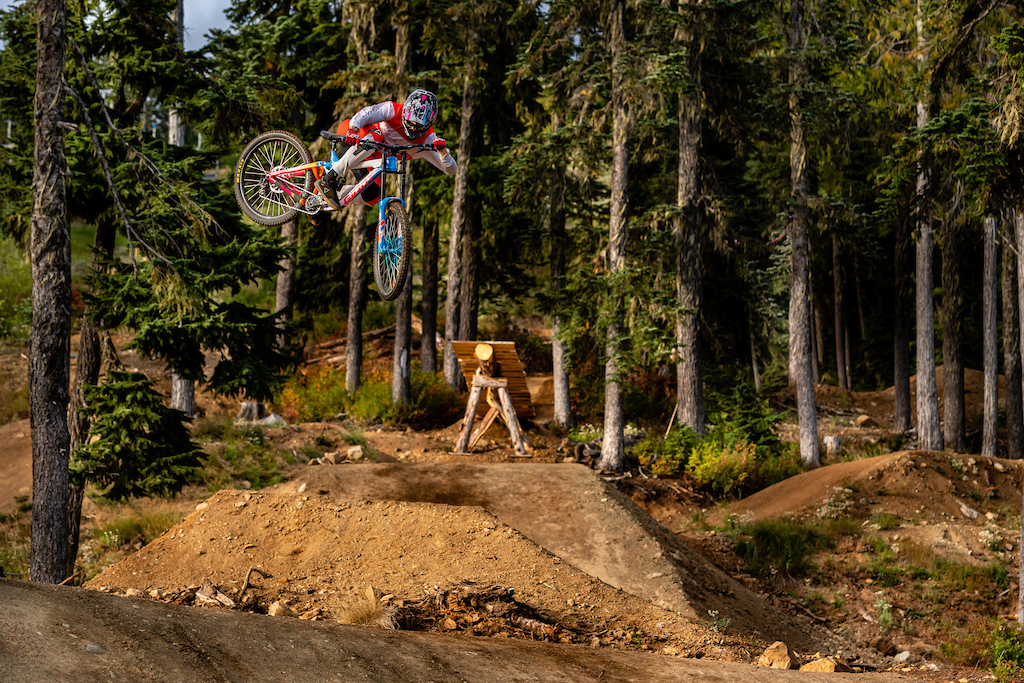 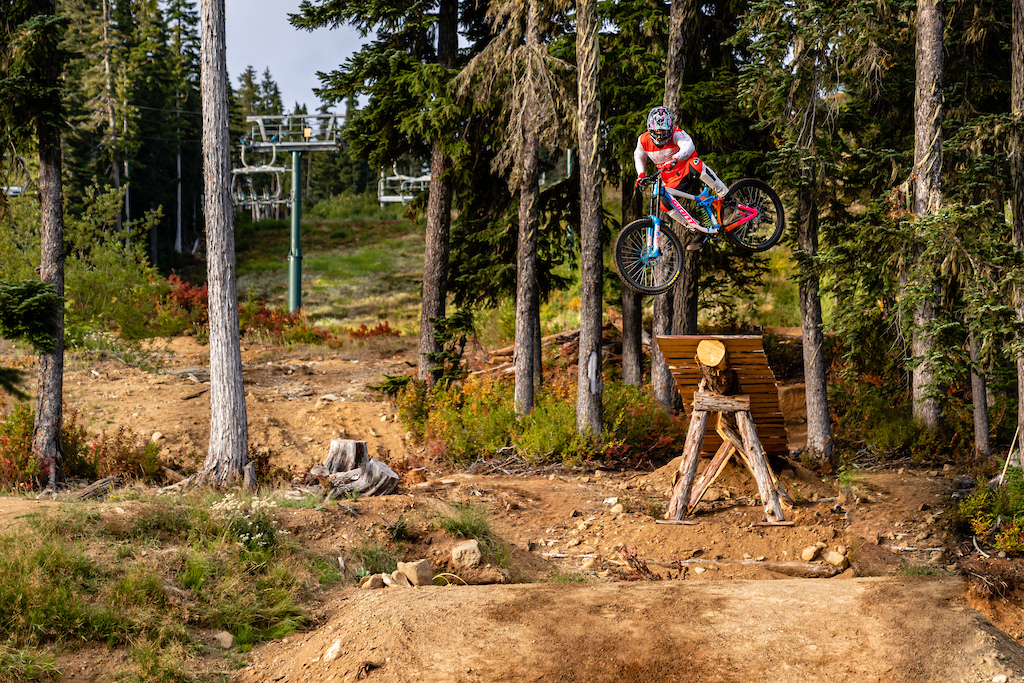 Left or right? Hip or boner? 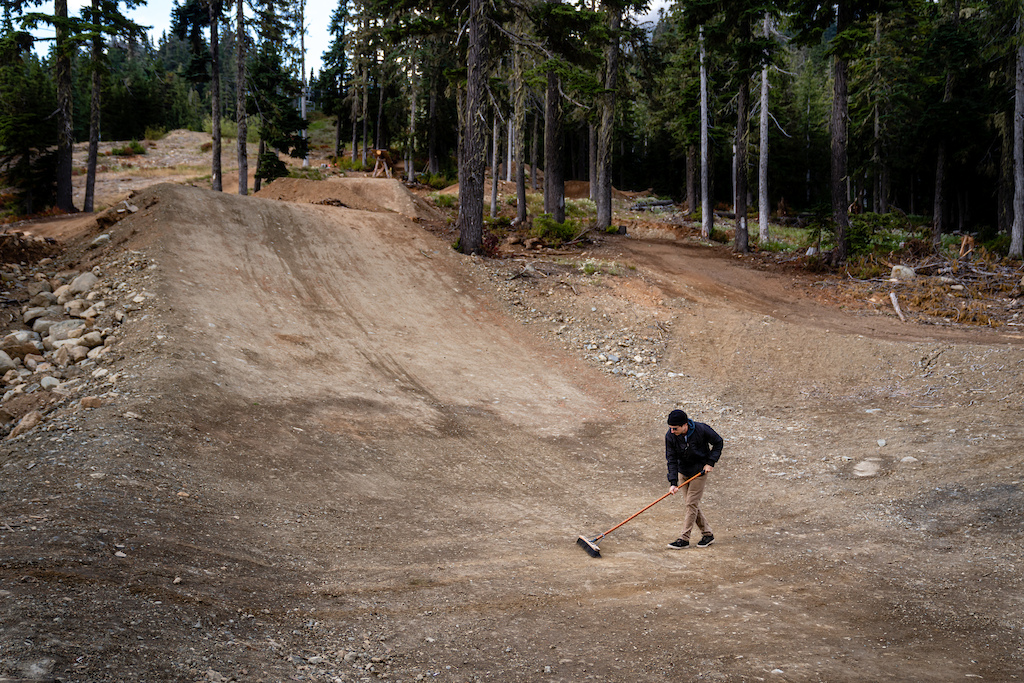 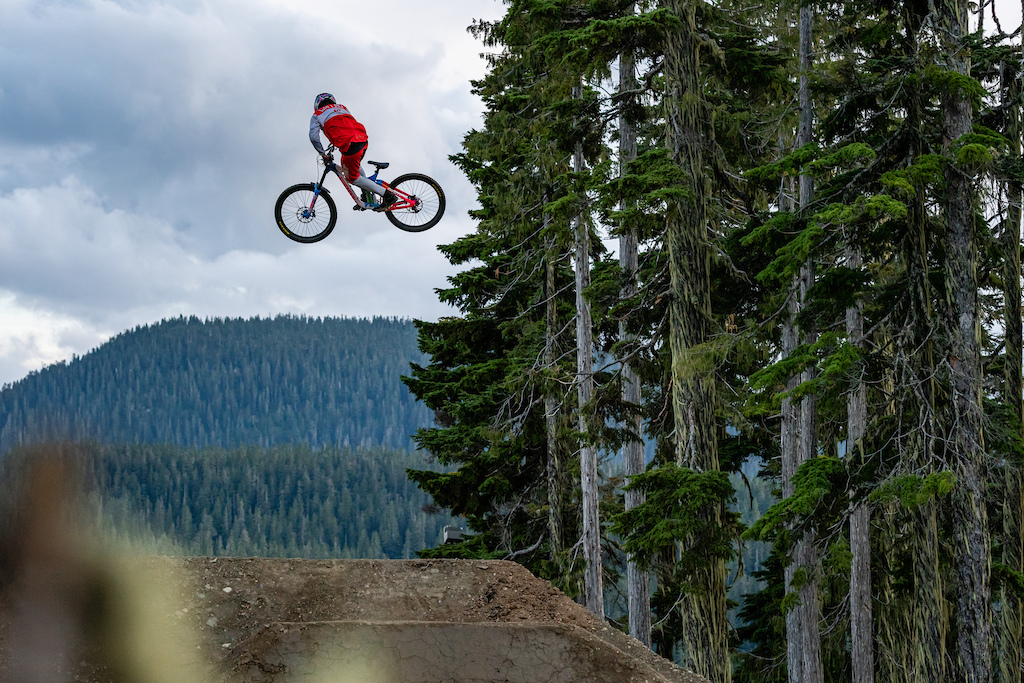 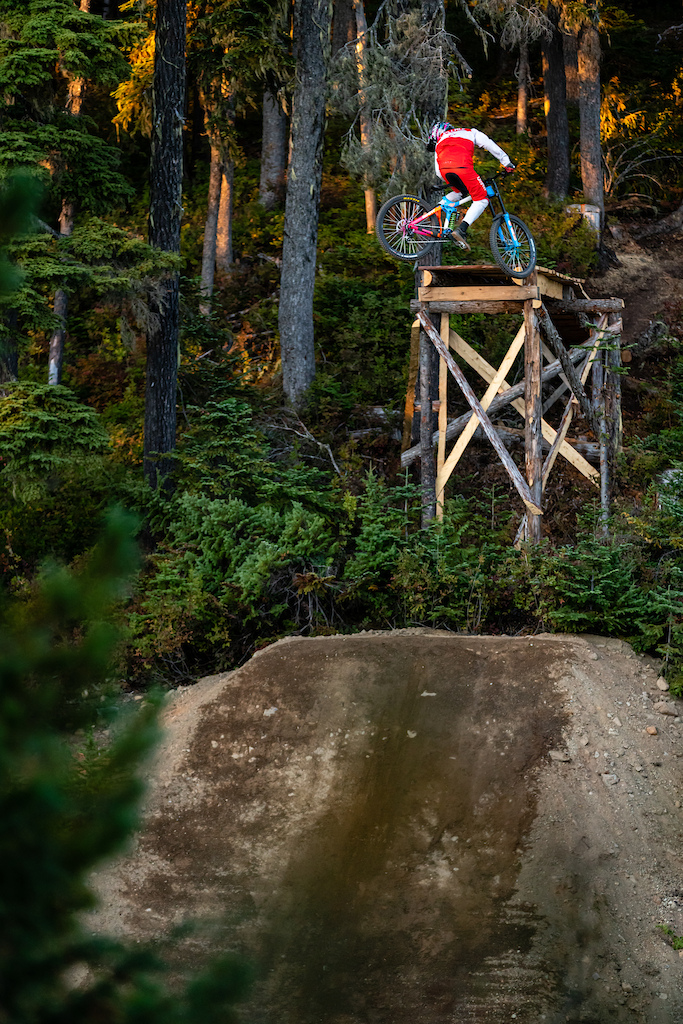 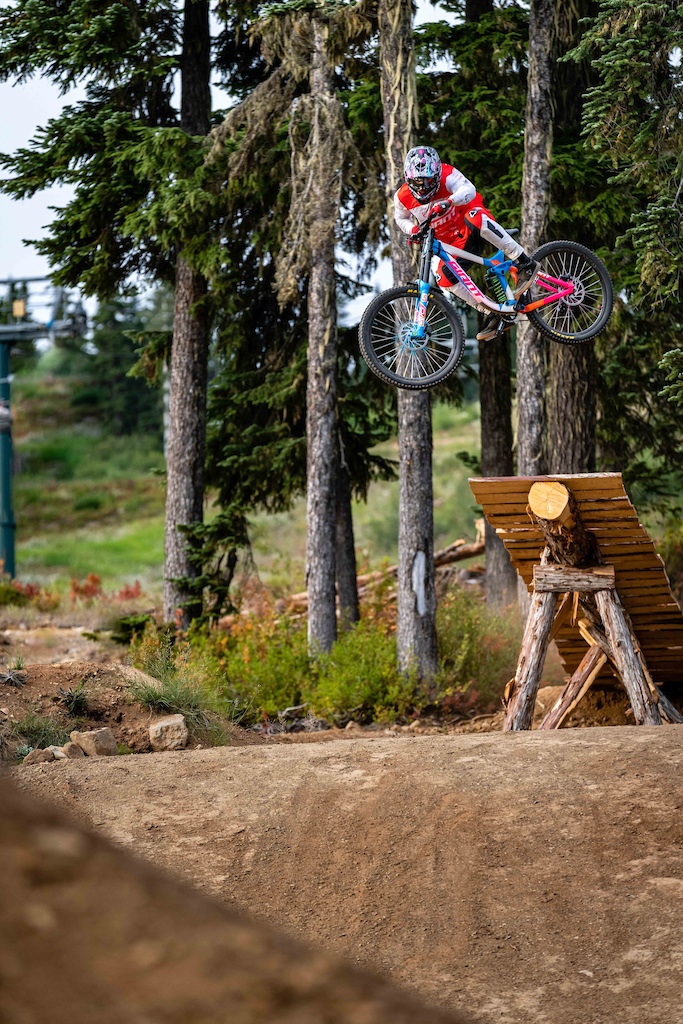 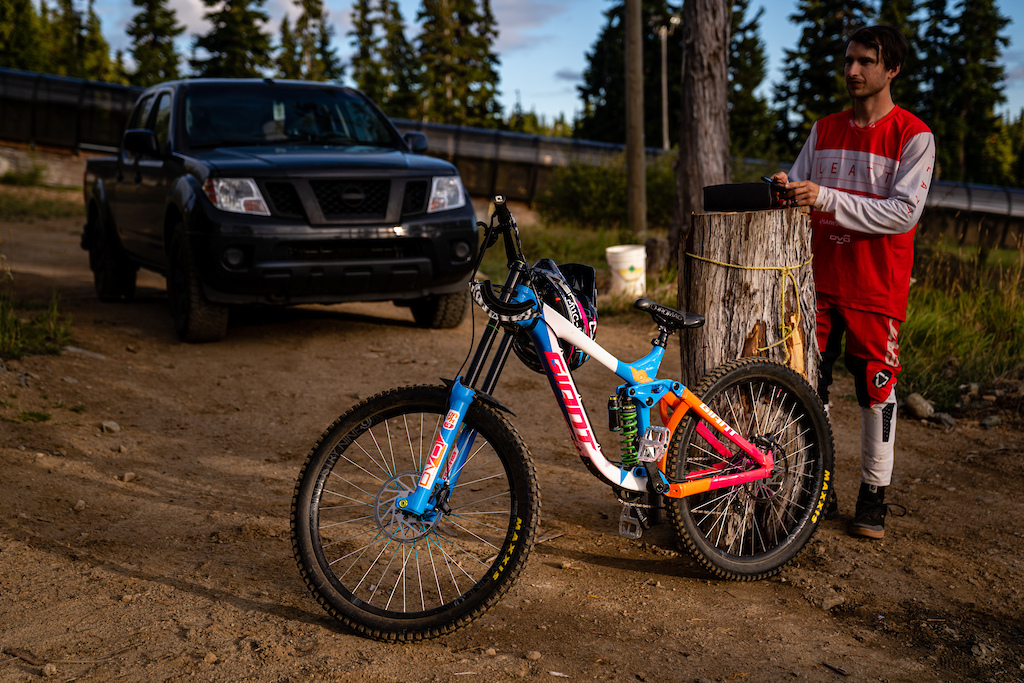 retrogressionage (Oct 26, 2021 at 9:40)
I think that is the first time that I have seen that...terrifying think about trying that...great video as I am of the age to appreciate 'Old School' references

plyawn (Oct 26, 2021 at 10:44)
@kelvo: For most people it's either a seat pinch with the knees and/or crank pinch with your feet. I believe Reece just uses his ridiculously large balls to hold up the bike. If I remember correctly from his Whistler video this summer, sometimes this doesn't work out.

xander8 (Oct 26, 2021 at 16:19)
@kelvo: Yes, it's like little pegs. This way he can put his weight further back and preload the rear shock a bit otherwise his front wheel would just drop right down the edge... Good eyes!

betsie (Oct 26, 2021 at 7:15)
This is so cool to see. Some old school Kranked style riding.
Having just watched Kranked 6,7 and 8 in the last few nights (on youtube) also so many of the costal crew videos at the weekend. This is like Kranked with more slow motion and higher resolution (but the tunes were better in Kranked).

andyk (Oct 26, 2021 at 9:10)
That is some impressive building considering how dry it was @ Mt Washington this summer; nice to watch it happen from the chairlift. There's poor to no irrigation there, so that's half the battle...

The-Foiling-Optimist (Oct 27, 2021 at 11:42)
There's something I find really amusing about about this excellent edit and how it sheds light on our thinking about the past. The bike featured at the beginning must be from somewhere around 2000/2001, and it's shot in that decaying VHS tape way which is typical of what you see when you put your late 90's North Shore Extreme tapes into your still-functioning VCR. The music for this section, which per the credits is a rights free clip, is however, in a much older style. In fact, it's quite like Small Town Boy by Bronski Beat, which came out in 1984, but there are other British bands of that era which sound similar. Anyway, I thought it was really funny and interesting that they came up with early 80's music to give a throwback feel to something from the early 2000's, and I think it's because that really feels like ancient history for mountain bikes, wheres music is much less time sensitive.

launchrider (Oct 26, 2021 at 7:52)
In general how rowdy are the trails at Mt. Washington? I am planning to move to Cumberland next year and am trying to decide if I should get a downhill bike again.

j-p-i (Oct 26, 2021 at 8:48)
It's rough and not maintained very well. While this vid is super good, it's a kick in the pants to the general public who would like to see them invest in the existing trails instead. They could easily make that place a destination and get a lot more locals buying seasons passes but nope. Most of my friends just shuttle Forbidden or some other DH stuff and maybe hit the park once or twice for a laugh.

xanderdagr8 (Oct 26, 2021 at 9:00)
I went twice this summer, later in the year after they got some rain the trails were cleaned up a bit, but when it was hot and dry for a while they were all pretty dusty and blown out. My guess is it depends on the weather and how much maintenance they can actually do. The trail network in the forest in Cumberland will keep you busy for a long time though

ybsurf (Oct 26, 2021 at 9:06)
Like mention above rough and not maintained and most jump trails arent really built well, but it's all we got and for 300$ early bird for the season pass it's not bad. To their defense Reece was building on his own but it's kinda frustrating to see those massive pile of dirt while the trail network desperately need a fix up. Hope they dump down those hit for us common mortals and pay the guy to build a nice top to bottom jump trail.

ShawMac (Oct 26, 2021 at 9:40)
I enjoy the tech lines, and a DH rig is just going to let you go faster. However, I had a good time there on just my Banshee Prime.
But yeah, I was kind of surprised that they really weren't getting a lot of maintenance, even if only from a liability perspective. There were some huge rocks that had dislodged on some landings that I would have figured would be kicked off by staff just for safety sake (I ended up stopping it and doing it myself).

It was a tough weather year though, and it was end of season so I was not at all surprised by the amount of braking bumps in the middle of the berms.

Can't really beat the price though.

launchrider (Oct 26, 2021 at 9:53)
@j-p-i: I have a trail bike as well and recently had my downhill bike stolen. Looking to replace it but am now almost leaning towards a "super enduro" bike with maybe 170mm in the rear and 180mm in the front that could handle almost anything a DH bike could but still can pedal if necessary. Would that be better suited to forbidden?

ybsurf (Oct 26, 2021 at 9:56)
@ShawMac: I'm sure you're talking about upper time warp, I actually broke my frame on that trail from a dislodge rock as that trail is littered with loose rock

But I wouldn't want to carry a DH Bike all the way up there. =P

ybsurf (Oct 26, 2021 at 11:11)
@bonkmasterflex: it's a different mt Washington, we are talking about a bike park on Vancouver island

matt-15 (Oct 26, 2021 at 14:09)
@launchrider: I think a super enduro would be great for mt washy. I don't really have much issue on my 150/140 trail bike except for braking bumps, which a 180 should soak up fine. I tend to stick mostly to Hwy 19, the Wiz, Blue Hammer, Back in Black, and Hustler so I'm not doing anything super technical (except for the beginning of Wiz)

Adlex (Oct 26, 2021 at 17:33)
Reece always puts so much effort into his riding and content!! Definitely one of the most underrated riders. Keep going Reece, we love you!!

devanish (Oct 27, 2021 at 17:34)
Bourdon Yesss! Epic clip, edited to killer song "Out of Line" by Buckcherry. Only riders like Robbie survive crashes of that nature, hence the line "Still Alive". Don't recall which video though, anyways, the guys a legend.

pourquois-pas (Oct 26, 2021 at 9:30)
So much goodness! The riding was awesome, paired super well with the track and editing.

cgrovego (Oct 26, 2021 at 10:12)
Its like watching semenuk before he decided to go crazy with twitchy camera angles. solid riding

Noname13 (Oct 26, 2021 at 20:37)
Glory Days I think Big Red Ted BRT on the Giant or people riding older Giant AC bikes myself included . Ted on the Red Yellow. Those bikes were sick.

scottsecco (Oct 26, 2021 at 8:46)
Amazing video and stills! So sick seeing old school builds with modern riding. You guys crushed it.

tepezcuintlesgrandes (Nov 9, 2021 at 9:50)
I loved that, the videography was great, and the tricks quite creative.

manhattanprjkt83 (Oct 26, 2021 at 7:14)
Love all of Reece's creativity and vids well done man. One thing though, that recent bike is making my eyes hurt!

amack5 (Oct 26, 2021 at 13:35)
Seems my comment got deleted, must have been too real, here it is again: Could have built a sick pro-line public trail up there but it had to be for a selfish video instead. Cmon Mt Wash and Reece, that place needs some serious re-thinking on how the trails are built. Video was enjoyable however.

eddiecycle (Oct 26, 2021 at 13:57)
The red and white kit plus the choice of tricks just seems like wannabe Jaxson Riddle to me

amack5 (Oct 26, 2021 at 9:10)
Could have built a sick pro-line public trail up there but it had to be for a selfish video instead. Cmon Mt Wash and Reece, that place needs some serious re-thinking on how the trails are built. Video was enjoyable however.

ybsurf (Oct 26, 2021 at 11:27)
Totally agree with you on re thinking on how to built good jump trail there( hustler comes in mind) but cannot have a pro line right now as the progression isnt there, cant go from a 15' table on lower time warp to a 65' gap. They need to hire people that actually can built nice flowy progressive jump trail in the forest to keep them good all year, a crank it up/c-more or a-line type of trail before building any crazy pro line. And I hope they do soon because if they keep building jump trail the way they do, doesn't matter how much they spend it will never be great.

adamlaycock (Oct 26, 2021 at 13:40)
@ybsurf: It's great when you ride a jump trail and the speed is different for every jump! It's my favourite thing guessing whether you need to brake or pedal into the next one!