Steve and I went and rode some spicy lines around Squamish. Steve and I did another video during the morning so it was a big day and as always Steve was super dialed on his bike, making everything look way too easy. His breaking control and strength on the bike is incredible. On the last shot, and the last line of the day a tiny mistake made him have a super gnarly crash.

At no moment during the day, I thought Steve was out of control or close to make a mistake. That shows that our sport is dangerous and even when well prepared small mistakes can have big consequences.

Fortunately, it's only a small fracture in his wrist and it should be back soon on his bike.

Filmed and edited by Joel Clifton 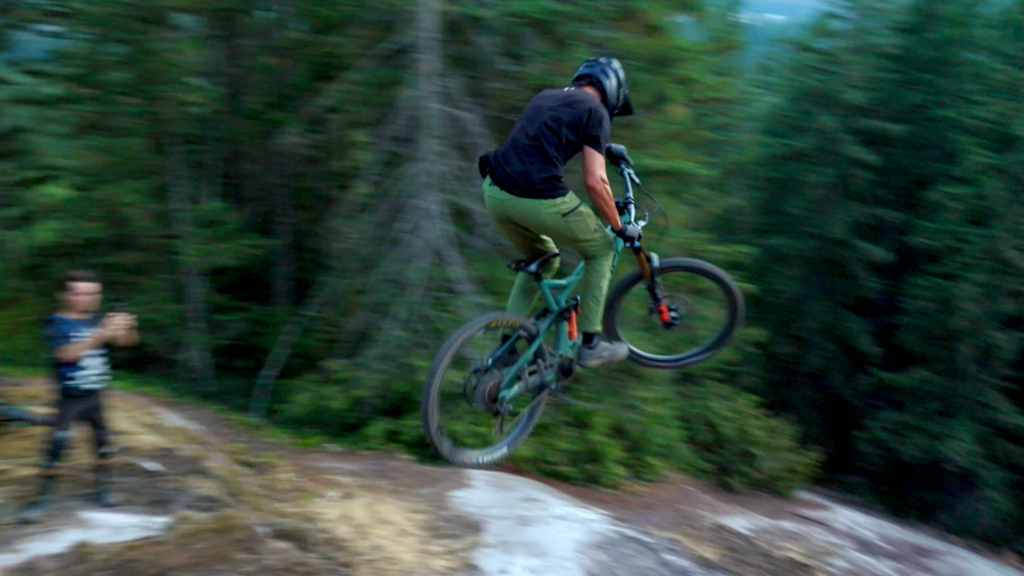 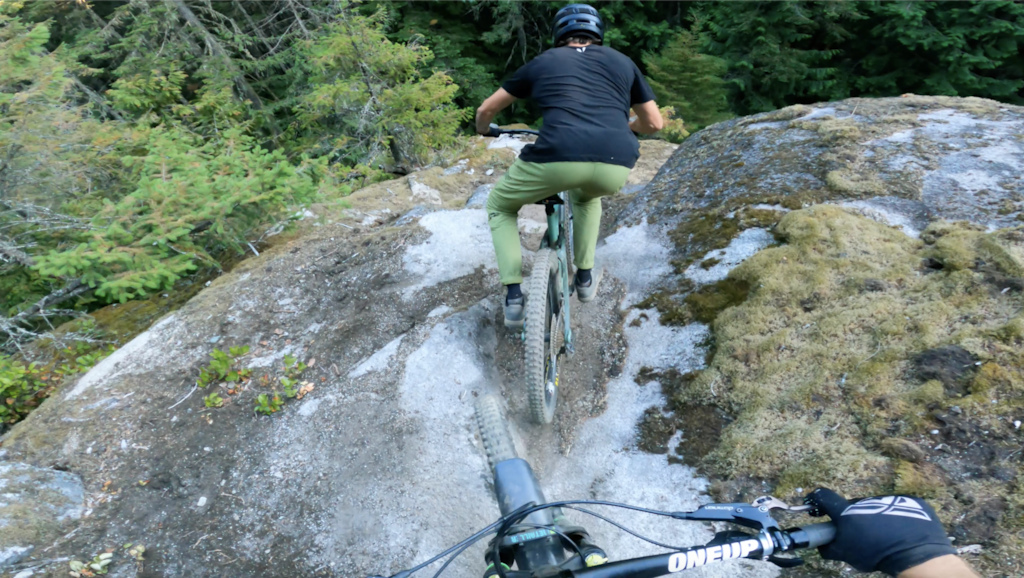 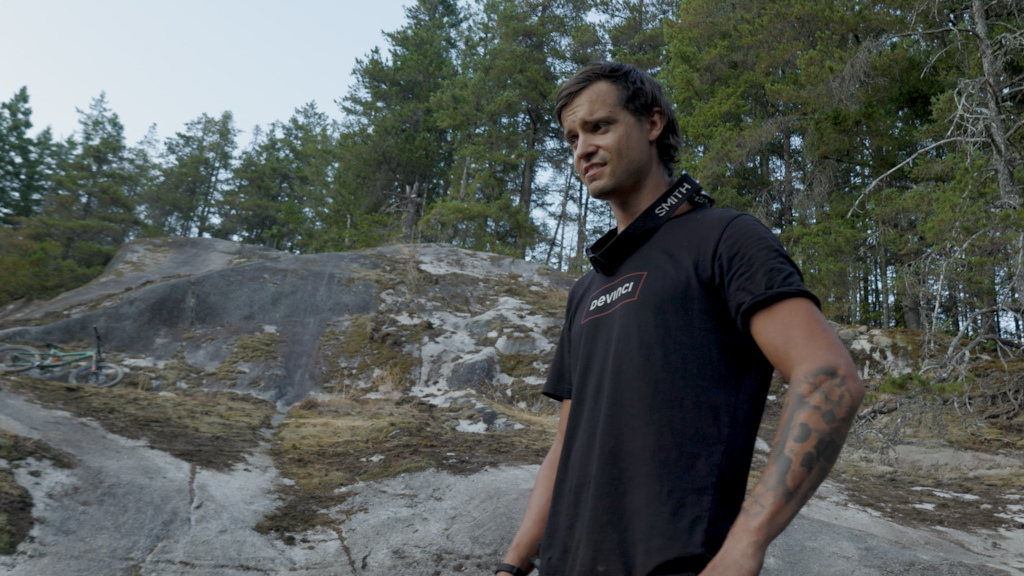 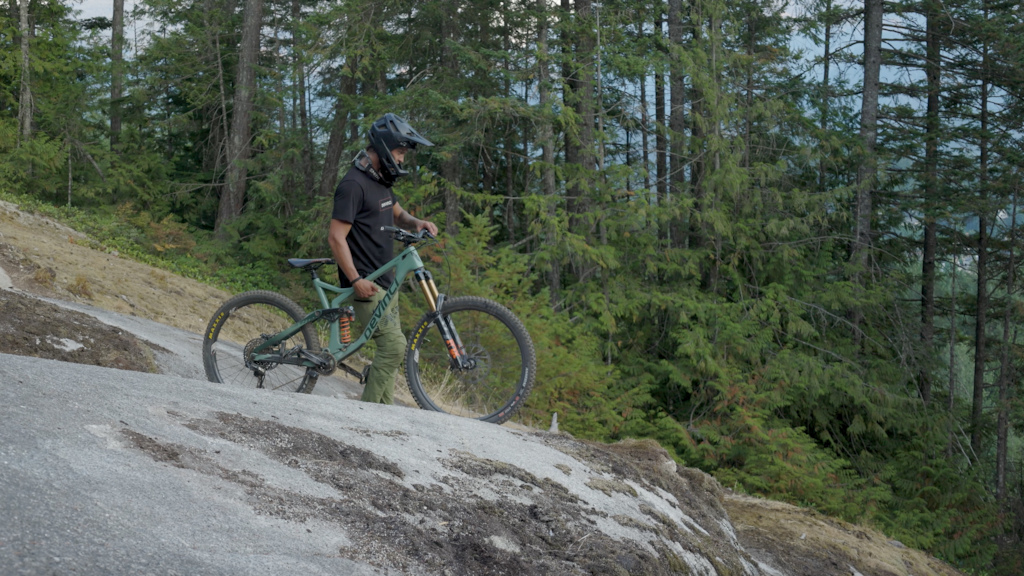 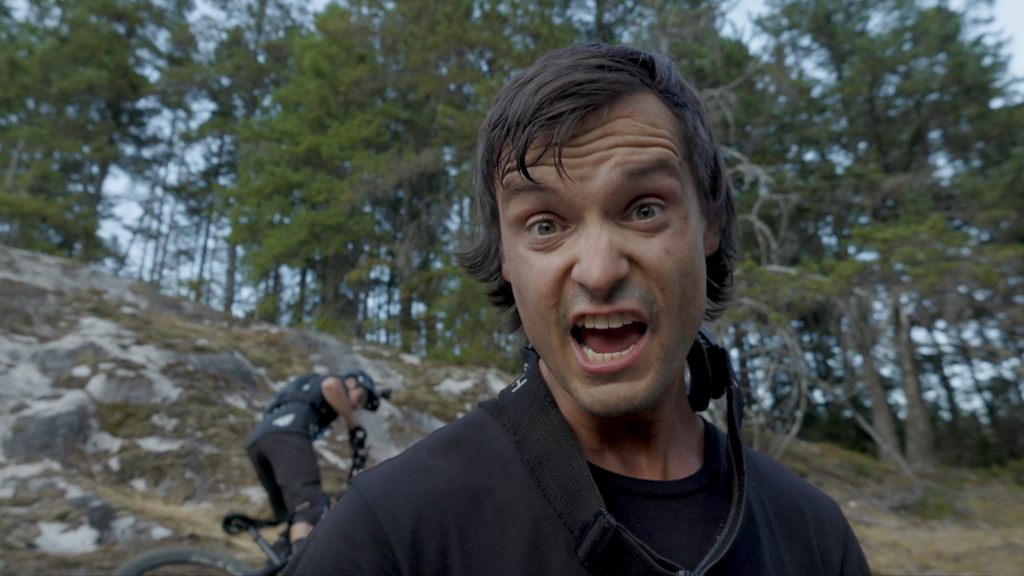 Props to Steve for trying !!

wallheater (Aug 19, 2021 at 22:44)
Most people ride the straight shot down the middle of In & Out but I'd say that the original off camber line is harder. And that's before you decide to do a big huck into it! It's hard enough walking my dog down it on a wet day

Tormy (Aug 19, 2021 at 13:04)
I was wondering the weight difference. I am 210lbs and I can tell you gravity takes over on the steeps. Steve has incredible skill and there a lot of riders that weigh a lot and can handle it so well, not me. I feel like an avalanche on some steeps, evacuate the village!

Same here. I'm 'faster' down some steeps vs my friends that are 40-50lbs less bc if I chomp down any harder my tires will break traction so picking up speed is a given. Make sure there's a good runout and hold the fluck on.

Also now suffering from adrenal fatigue after watching that.

Tormy (Aug 19, 2021 at 14:06)
@WasatchEnduro: I at my ideal weight for 6'8" unfortunately I am only 5'9" I never grew into my weight?
Steve I think is pretty tall?? so he may not look that much heavier than Remy, but I think he does have a few lbs on him or kilos for all you others that do weight differently.

thenotoriousmic (Aug 19, 2021 at 14:29)
@Tormy: it makes a massive difference and it only gets worse with speed. Company’s like reverse are teasing 260mm rotors. Should sort the big guys.

conoat (Aug 20, 2021 at 7:44)
@thenotoriousmic: I wouldn't be concerned about the weight and I am not especially heavy. the fact you will hit it on more shit, and it will go crooked at a stiff breeze, is the real issue

thenotoriousmic (Aug 20, 2021 at 9:29)
@conoat: if it bends easily then it will bend back easily too. Rotors don’t stay straight anyway they buckle and warp from the heat and wheel flex without hitting them on anything. If your a bigger guy who needs 260mm rotors then I’d imagine you’d be warping standard sized rotors for fun.

conoat (Aug 20, 2021 at 10:15)
@thenotoriousmic: I never had any issues with 203 Hope floating or Magura floating. Obviously they will bend back(to a point), but who wants to be futzing with rotors every ride? also, a 260 is sticking 30mm further down into the trail. if you hit a rock, chances are that rotor is a toast. you can't un-taco a rotor.

thenotoriousmic (Aug 20, 2021 at 15:24)
@conoat: at least with hopes as long as your calliper is aligned your actual brake will straight your hope floating rotor for you. All brakes should be connected like how hope connect the brake to the hb160 for this reason but yeah I give my rotors and brake alignment a once over before every ride. Rotors always need straightening. I’m currently running 203 ice tech’s and 200mm centrelines. Ice techs are never perfectly straight out of the box.

pdxjeremy (Aug 19, 2021 at 11:35)
Love the content you guys are putting out and how you actually break down how to ride this stuff. Keep up the good work!
Ps.
Is Steve and his bike ok?

That is one my favourite things to hear on the trail. Even at this level there is much joy in progression!

2wheelzgood (Aug 20, 2021 at 9:04)
fantastic riding, sucks Steve got injured but that speed looked almost impossible to control into such an unforgiving run out. you could see he wasn't really feeling it and probably knew it was one to skip but i wonder how much of the self imposed weight of expectation there was, so far its seems he has ridden everything his pro pals have done, its ok to pass on one every now and then Steve! wishing you a speedy recovery.

pablo-b (Aug 19, 2021 at 11:00)
On a completely different topic. Dont you think that the tyres sound like they are made out of the hardest compound on earth? I dont ride slabs here in Germany but over stones they never sound like that. What compound are you using, maxxterra?

adrock-whistler (Aug 19, 2021 at 14:42)
It could also be attributed to Squamish granite is as sticky as velcro. So much grip on those slabs.

LaXcarp (Aug 19, 2021 at 12:09)
You can see at the end how his body is instinctively holding his injured wrist even though he doesnt know its broken yet

likeittacky (Aug 19, 2021 at 12:41)
That was a long day of wicked lines! That ending was like a couple modern day Warrior's from last of the Mohicans taking a rest after a battle!

dalrose (Aug 20, 2021 at 9:13)
most stressful video ever from some of the best riders/content creators out there. cheers to you both! heal up quick Steve!

Also - those NF pants are so rad. Steve how tall are you and what size do you wear?

whateversm (Aug 20, 2021 at 11:53)
Impressive stuff fellas.. still looks easy on camera compared to standing up there

PTyliszczak (Aug 19, 2021 at 11:47)
@mammal: Lol man it was a joke. It would be creepy if someone looked in my window and watched me sit at a computer on pinkbike all day

mammal (Aug 19, 2021 at 12:32)
@stevev88: Speaking of watching you work... I saw you cruising Lower Lonsdale in the Big Red Truck with a crew of other fire fighters around 3 weeks ago (around 7pm, I was at Raglans). You guys were seemingly doing laps around the blocks in that neighborhood for a half hour or so. Was there some kind of false alarm or something? You all looked super chill, like it was just your neighborhood "fire fighter presence", like cops cruising the beat, but I know that's not how the fire department rolls...

stevev88 (Aug 19, 2021 at 12:39)
@mammal: haha to be honest I’m not entirely sure! The majority of our call volume can be on lower lonsdale area so on busy evenings it’s nice to have a presence