Renthal was founded in 1969, with 50 years associated with the Worlds fastest riders. Here's take a look back at our company, from the early days, through to present day, with interviews with Jeremy McGrath, Mitch Payton and Rachel and Dan Atherton.

Renthal was founded in 1969, by good friends and motorcycle enthusiasts, Henry Rosenthal and Andrew Renshaw. They combined their surnames, with the 'Ren' from Renshaw and the 'thal' from Rosenthal to create the brand name Renthal. 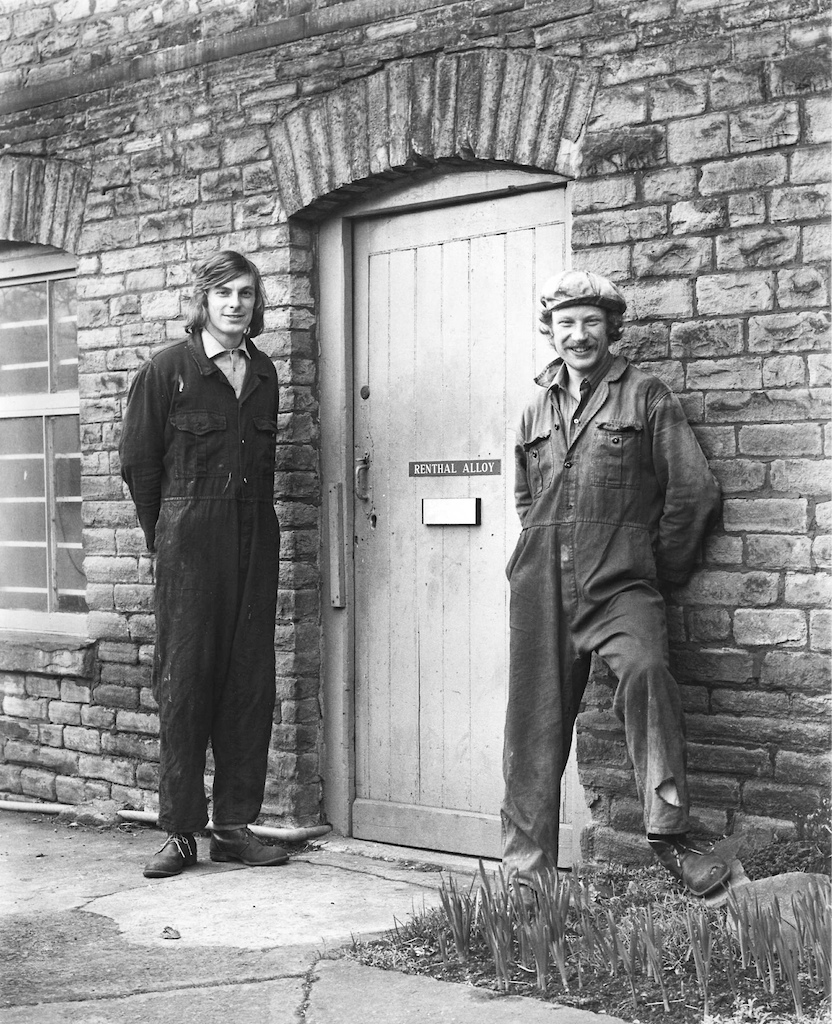 Andrew Renshaw (R) and Henry Rosenthal (L), Renthal Workshop, 1969.
The first Renthal handlebars were made for the motorcycle trials market and were the first handlebars to be made of aluminium. Even in the early days, there was a focus on supporting the worlds best riders and, in 1971, Renthal gained their first trials World Champion title with Mick Andrews. 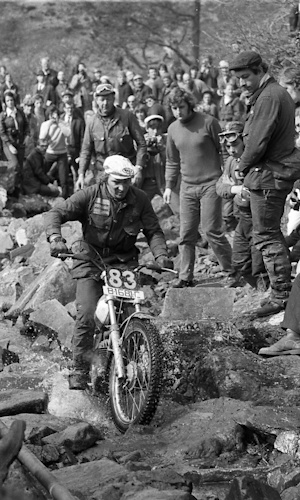 Mick Andrews. 1971 trials World Champion.
Renthal moved into the growing sport of motocross, with which the brand is now synonymous. Gaining instant popularity and racing success, the first motocross World Championship for Renthal was won in 1981, by Neil Hudson. 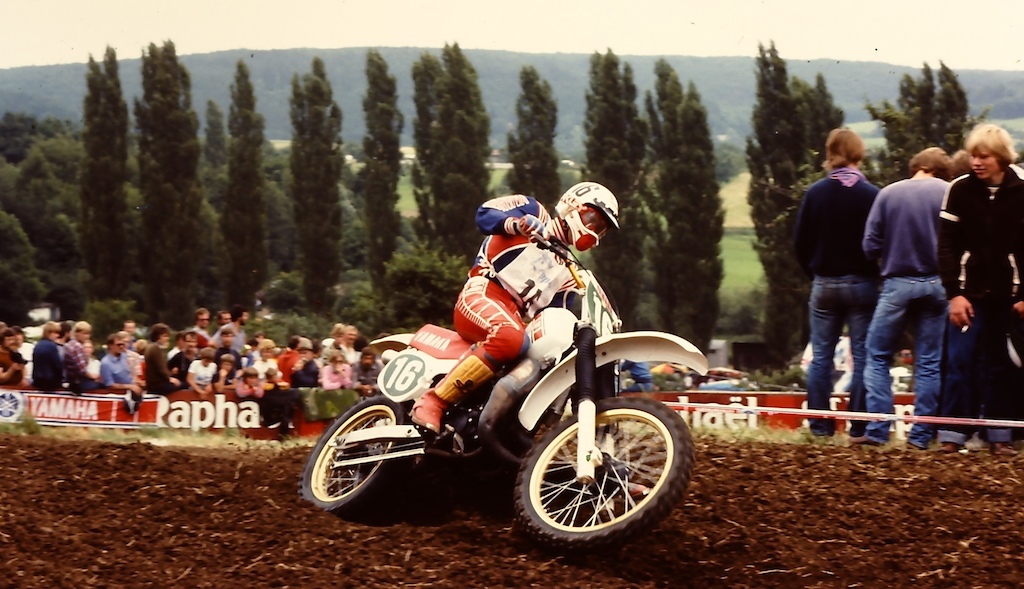 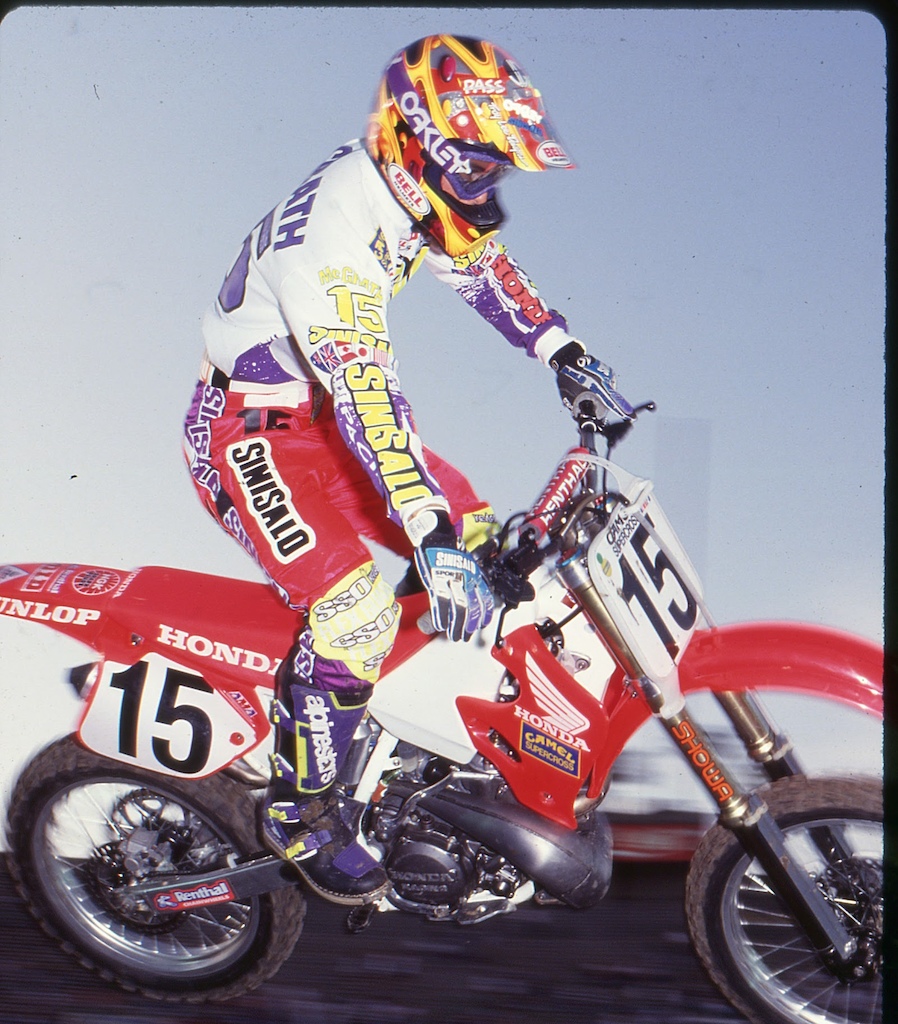 Jeremy McGrath. Seven time Supercross World Champion.
For the entire 50 years history of Renthal, there has been a focus on working with the Worlds fastest riders. Renthal supported athletes have won World Championship titles every year, from 1983 to the present day. To date, Renthal supported athletes have won 213 World and 222 US Championship titles. 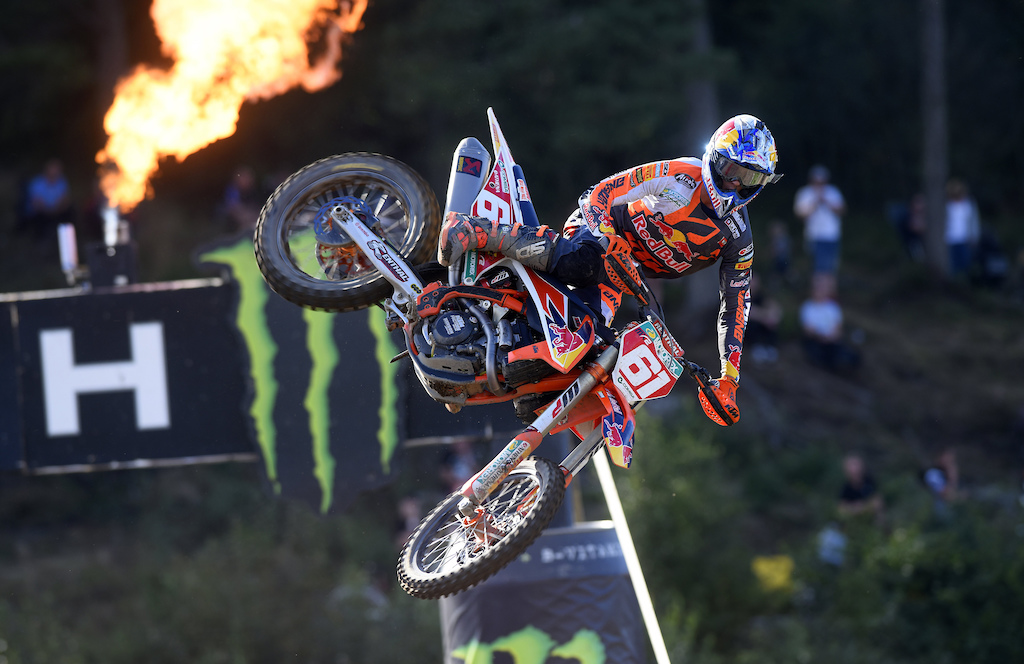 Jorge Prado. 2019 MX2 World Champion.
In 2010, Renthal entered the cycle market, with a range of products designed and inspired by years of experience in motocross products. Following the same success as moto, Renthal won their first World Championship title in that first year, with Sam Hill becoming the downhill World Champion. 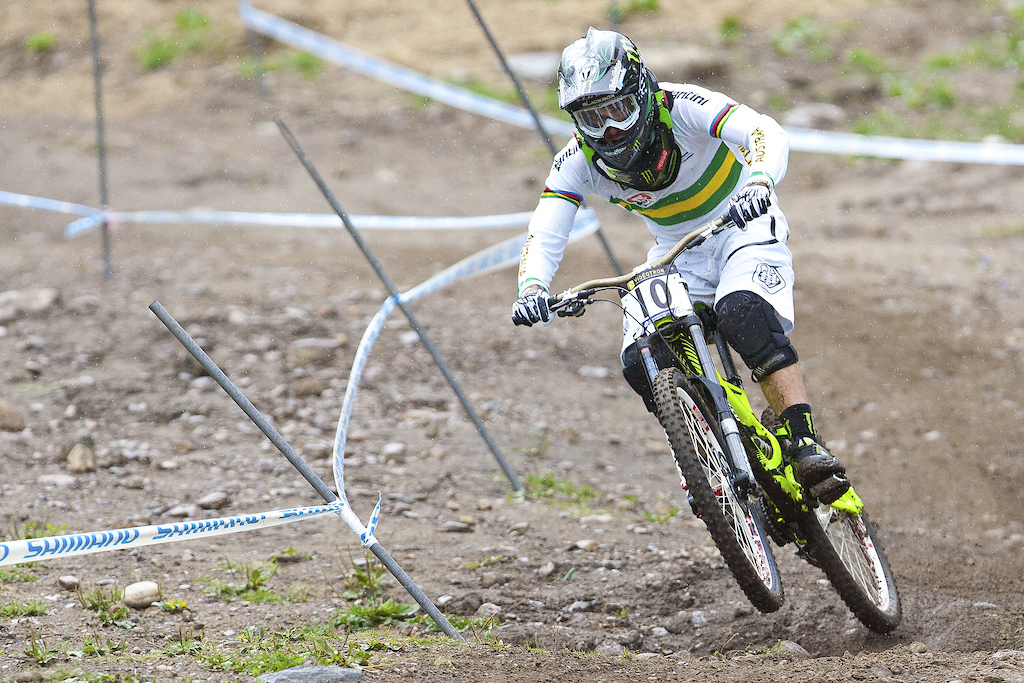 Sam Hill. 2010 Downhill World Champion.
Over the last nine years, the product portfolio has grown to include a full range of handlebars in aluminium and carbon fibre and also stems, grips and chainrings. Success in sport has also continued to grow, with 28 World titles won, across DH, EWS and BMX SX disciplines. 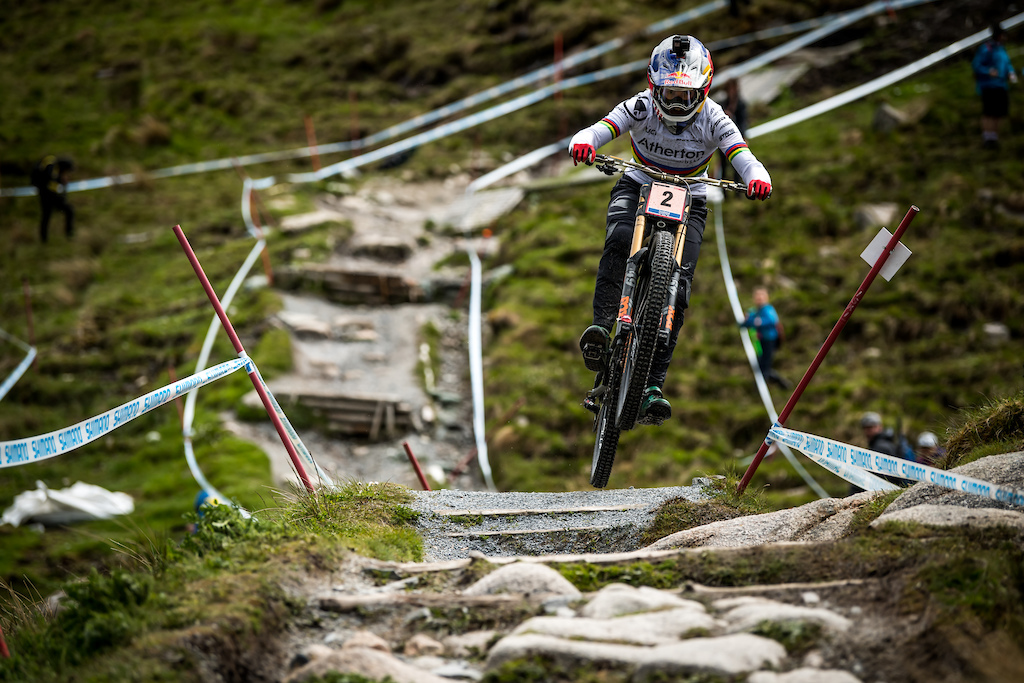 Rachel Atherton. 2018 Downhill World Champion.
Looking to the future, Renthal continues as a self owned, design and manufacturing company, with extensive on-site facilities. Expect to see more innovation and more success in sport, as Renthal move into their 51st year.

boselecta888 (Dec 17, 2019 at 1:38)
cheers pinkbike for that article and pictures of Andy & Henry. I've sent it to my dad who was in the same engineering class at college with them when they started the company and good motorbike friends in Manchester.

dunford (Dec 17, 2019 at 1:45)
Renthal has always been the bars to have in my eyes. I've run them for 5+ years in downhill & enduro, had alloy and carbon sets, and never had a single issue. Nothing quite as confidence inspiring as the gold Renthals on top of a set of 40s...

Bigwill13 (Dec 17, 2019 at 7:10)
I’ve recently started using burgtec which are great. However nothing feels like a Renthal bar they just feel so strong and I do miss them.

aps62 (Dec 17, 2019 at 13:06)
@Matt115lamb: I also run Renthal bars, liked the shape when I first had them so stuck with it. But... I’ve never really understood the success of an after-market handlebar manufacturer. How can you claim superiority on such a simple component? It’s always seemed weird to me. Why do we need special handlebars?!

Bigwill13 (Dec 19, 2019 at 4:13)
@aps62: the quality and different grades of aluminium pluss the manufacturing process can make a big difference to the feel. I have nukeproof bars on 2 of my bikes and they are particularly flexible compared to my burgtecs. but I guess it’s not the most important aspect of the bike but I’d rather have confidence in my parts especially the bars.

diogocamacho (Dec 17, 2019 at 9:58)
Renthal it's such a big brand, and has a very good costumer care !! In 2017 i sent an e-mail to Renthal asking what was the size of the screws from Renthal APEX because mine was crack.. Ian Collins answered back and send me a kit for free ( i never forget )

wallheater (Dec 17, 2019 at 11:06)
I'm having a 'Deeight' moment, but Renthal were making MTB bars nearly 20 years before they themselves stated

aljoburr (Dec 17, 2019 at 0:18)
Have used a few Renthal bars over the years, yes they can be bent, but can straightened them again by hitting them with a stout stick, not sure if that is still possible with MTB bars though?

enduroNZ (Dec 17, 2019 at 1:44)
Had a renthal stem, thought it was awesome until it cracked and was deemed useless. Also had grips that broke after a few days riding. Is a pitty as I love the brand

LUCKYMULLEN (Dec 17, 2019 at 1:50)
I love the bars for mtb however the I found the Apex stem to be quite weak as I managed to twist one at the bar clamp after a big front wheel compression so took them off my other bike too.

stary (Dec 17, 2019 at 3:38)
there has been a durability test of mtb-bars in a major german mtb-magazine. remember that the renthals broke pretty fast and been outperformed by cheap brands like spank etc...

topfuel564 (Dec 17, 2019 at 6:19)
I have Renthal aluminum bars on all of my bikes. The Fatbar lite and Fatbar lite V2 have been great. I have driven one of them into the ground at high speed and it survived with only minor scratches.

Campagnolo123 (Dec 17, 2019 at 8:32)
Have their chainrings on my 20" and 24" BMX, best chainrings you can fit, but I dont think they make them any more, shame as there is far too much stuff from the far East that doesnt come close to the same quality.

Skalloo (Dec 17, 2019 at 0:48)
for me renthal bars always been something else, the feeling you get and confidence inspiring, the looks can't compare to anything else really but that may only be my oppinion

DH-Angel (Dec 17, 2019 at 12:12)
All products are very good from renthal accept their stems are very weak and completely useless, especially the stems for enduro bikes.

Coldspringer (Dec 17, 2019 at 12:18)
Hope and Renthal both came from U.K. motorbike backgrounds, and I think two two brands will always make for my favorite cockpit